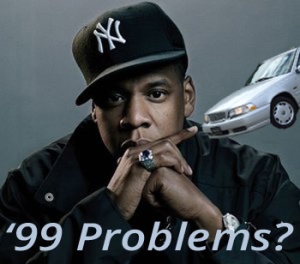 Are you a '98 Volvo loyalist? Do you crave cable-actuated throttles, passive SIPS airbag actuation, and a tried-and-true engine bay layout from '93? Have you vowed to never buy a '99 because the ETM might fail? These later vehicles have a bad reputation for issues that can easily be solved on a budget. In some ways I believe the '99-'00 models are even better than the older -'98 variants, and the little fender marker lights aren't the only reason.

1. The ETM Issue is overblown

Unbeknownst to Volvo at the time, sourcing Magneti-Marelli's electronic throttle module was one of the worst decisions they made on this early-cycle refresh. It ruined brand reputation for a lot of owners that bought these vehicles new and had to fight for ETM replacement under the extended warranty. This throttle body was used in a variety of vehicles including some Maseratis, and they all suffer from the same issues of throttle position sensor failure. The late 90's were a time when drive-by-wire was a fairly new technology, and no-one knew this type of module would end up being such an infuriating fiasco for Volvo to deal with. That being said, they aren't as much of a hassle as people would lead you to believe, and certainly no reason to avoid these cars entirely in the used market. In fact, they're a great deal if you can snap one up with a bad ETM. 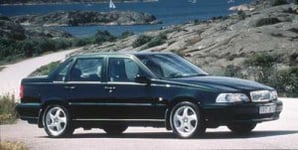 Did you know? ETMs can be interchanged between vehicles without requiring a software update from the dealer. They are plug and play, under one condition. Turbocharged vehicles require ETMs from other turbocharged vehicles, and the same holds true for naturally aspirated cars. Putting an N/A ETM on a turbo car will not work, and vice versa. I've nurtured my '99 Volvo S70 back to life with late model junkyard ETMs. How do I know they're late model? There's a date code! A new replacement ETM purchased by a wealthy previous owner might last another 100-150,000 miles and cost only $40 from a junkyard. Totally worth the time to pull. 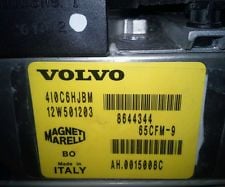 For junkyard cost, it's worth it to stock up on a few just in case they don't last as long as you'd like, or already have high mileage on them. But, it's reported that the "yellow label" ETMs do last a bit longer than the original "white label" units due to a slight design change, so it's safe to say you'll get at least a few years out of anything you pick-n-pull if it's not very old. My original white label ETM was at 160K before I swapped it for a younger unit, and it worked 100%. My aunt has a '99 V70 with 206K on her original ETM. Some owners are not so lucky - but don't completely discredit a used part.

Don't get me wrong, there's nothing particularly hard about working on a '98, but '99 brought a much cleaner looking engine bay with a lot less riffraff. And... some other mechanical "benefits," in my opinion:

What's your story? '98 owner for life, or have you found that the dreaded '99 isn't as bad as it's cracked up to be? I'd like to hear some experiences from early and late model P80 owners alike.

About the Author: Alex Fiehl

is FCP's Blog Editor and a Desktop Engineer from Endwell, NY. He has over 9 years of experience working on a wide array of import makes, but has found his home with European cars. With a Volkswagen and Volvo at home, the garage is always busy.