Many think of brands like Porsche and BMW as dreams only achievable post-retirement. But what if they weren't? What if you didn't need a lifetime's worth of savings to own your own Euro ride; only say $25,000? Well, the good news is that it's possible and I’m happy to report that these options, while limited, are far from boring.

The Chris Bangle era at BMW was not without its criticisms. The E90 generation of 3-Series was well received and caught on quickly among buyers. On the other end of the spectrum, his designs on the 6 and 7-Series cars were so polarizing that they lead to online petitions calling for Bangle's resignation. They were unsightly then and they sure haven't gotten any better, but there were a few design gems to leave Munich during those years. Case in point; the Z4.

Available with a variety of engine choices, the Z4 took over from the beloved Z3-series as BMW’s new two-seat sports car. The Z4 became a favorite among journalists and consumers alike when it debuted in 2002 yet it was without a performance model until 2006 when the Z4M Roadster and Coupe were launched. Compared to the regular Z4, the M Roadster and Coupe featured the revered S54 engine out of the E46 M3, a revised multi-link rear suspension, a beefier rear subframe to hold BMW’s Torsen-style differential, a hydraulic power steering system rather than an electric one, and a classic M-Division suspension setup.

Put all of that together, wait 14 years and we now have a modern classic in our midst. Both the Roadster and Coupe make fantastic and reliable weekend-warrior type cars that can frequently be seen “winning” track days and carving through the canyons. Aftermarket support is plentiful, whether you’re building a track-day machine or sunny day cruiser.

These days, 40-60,000-mile roadsters can be found easily around the $25k mark. Due to there being fewer coupes,  they can be found at that price, but with higher mileage. These are the last generation of mostly mechanical BMWs, so there aren't many issues. Like a Porsche 996 with its M96 engine, the BMW S54 engine had possible internal issues. While many cars have been serviced and taken care of, be sure to ask about any rod bearing issues, as well as VANOS related service. Roadsters also have their roof drains clogged easily, so be sure to clean them regularly. 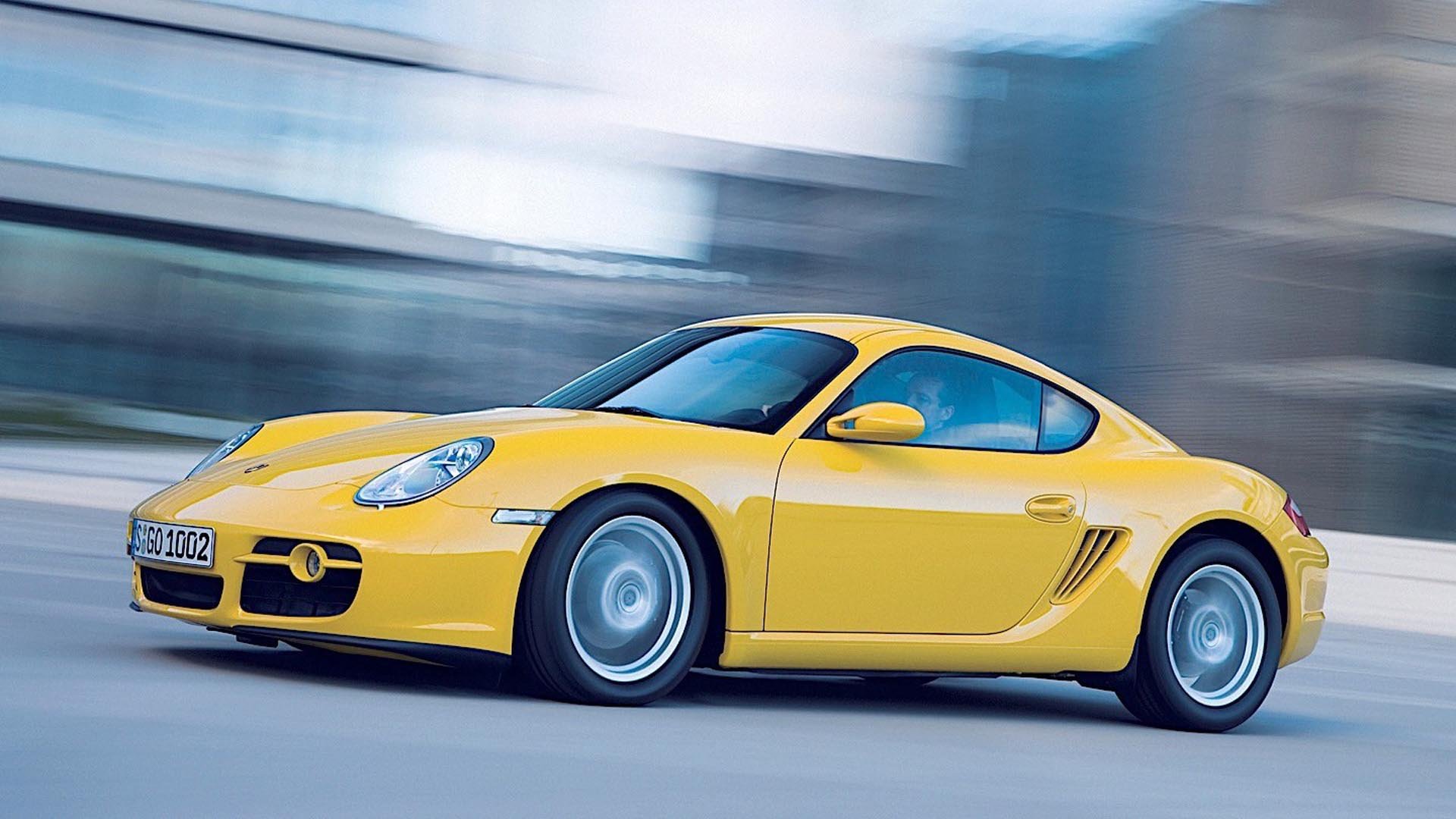 While there are quite a few Porsches I could slot into this list, the Cayman represents the best bang for your buck. Long seen as held back by the factory, the Cayman has developed a large aftermarket catalog that helps the mid-engine coupé be the 911-killer we always knew it could be. Though if tearing it up on the track isn’t your thing, the sublime chassis feel, and useable power makes the car a perfect weekend cruiser—or even a daily driver if you don't need large amounts of cargo space.

Released in late 2005, the Porsche Cayman closely followed the release of its closest sibling, the second-generation Boxster, gaining a vast amount of hype in the process. As the first street-legal mid-engine Porsche without a removable roof, since the 906 of 1966, it had Shaquille O'Neal-size shoes to fill. And in typical Porsche fashion, it didn't disappoint. It took the Boxster’s great chassis and added a fixed roof, which increased the torsional stiffness by 2.5 times that of its topless counterpart while shaving off eleven pounds, according to Road & Track.

Available in Cayman or Cayman S flavors, they were fitted with 2.7L (245bhp) and 3.4L (295bhp) flat-6 engines, respectively. In 2009, the base Cayman received a twenty horsepower bump thanks to a bigger 2.9L direct-injected engine, and the S received a twenty-five horsepower bump from its new direct-injected engine of the same 3.4L displacement. The base cars came standard with a 5-speed manual gearbox with an optional 6-speed manual, the standard gearbox on the S, or a Tiptronic automatic gearbox. In 2009 the Tiptronic was replaced by Porsche’s PDK, a far superior transmission found in just about every car they make, even today. An LSD became an option in 2009, joining Porsche's vast options list including PASM (Porsche Active Suspension Management), Bi-Xenon headlights, Bose audio, and the Sport Chrono package.

The earliest models of 987 still had IMS bearing issues. It wasn't until the introduction of the 9A1 direct-injected engine in the 987.2 that this was no longer a concern. Beyond that, the biggest issue these cars had was with their water pumps, and even then, it wasn’t a catastrophic issue, just your typical need for replacement. For the $25k budget, a base Cayman or S variant can be found easily in a range of mileage and options. Porsche did make several editions, including the Cayman R, but those will command a higher asking price. Cars with extensive and documented service history may bring a higher asking price but will always be worth it. Whatever combination of options it has, from comfort to sport-oriented, GT3-killer to sunset cruiser, the Cayman will not disappoint. 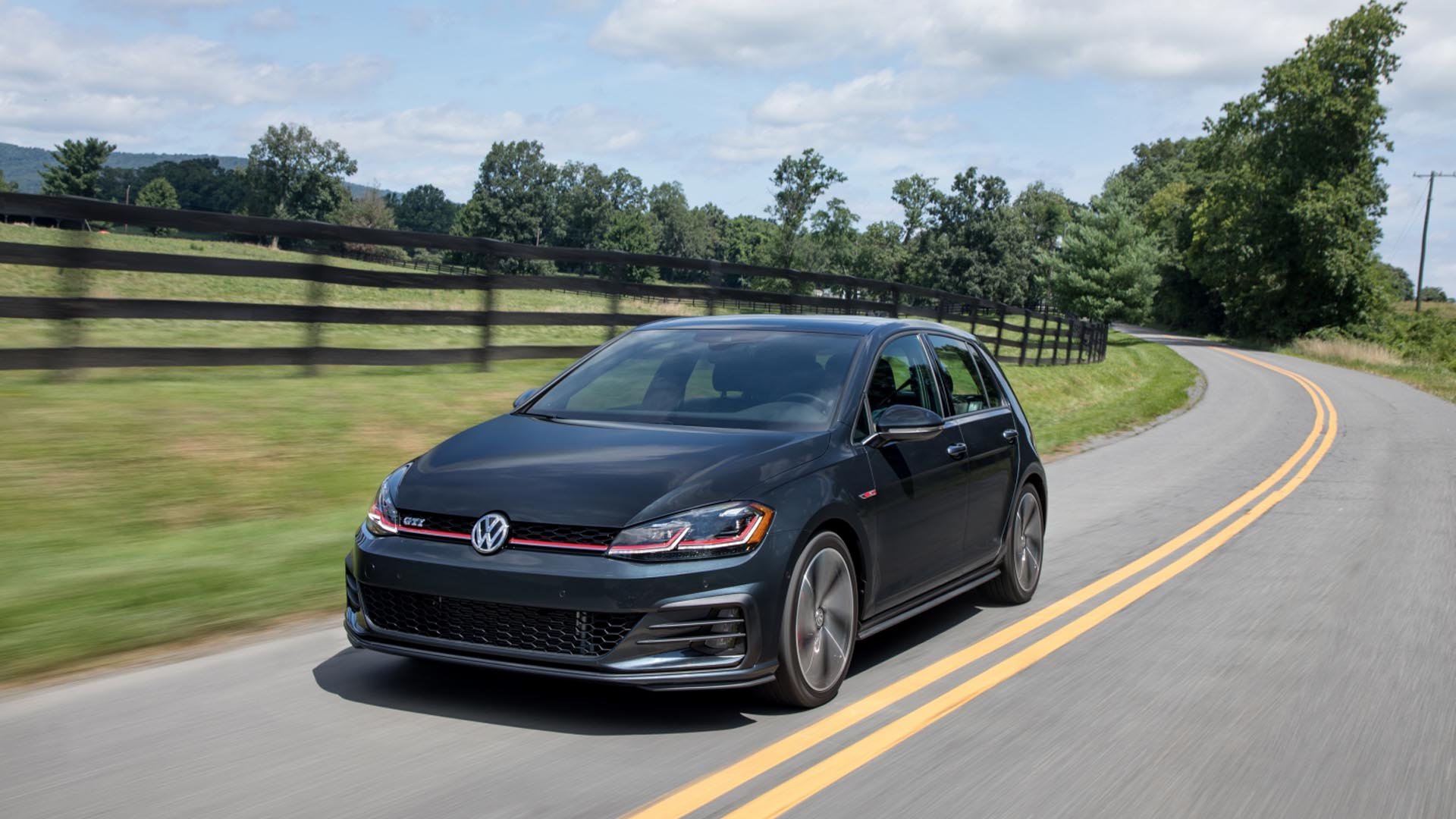 Maybe you want something fun and European, but with everyday usability, a little anonymity, and some warranty life left. All of that for $25k makes the MK7 VW very difficult to beat. Whereas the 911 has been a benchmark sports car for decades, the GTI has been the same benchmark in the hot-hatch segment. Launched in 2014 with the mid-cycle facelift in 2018, VW’s top Golf seems to hit the sweet spots of every area it competes in. Its looks are aggressive when compared to your normal Golf, but against the Civic Type R and Hyundai Veloster N, the GTI looks as grown-up as it is boy-racer. Its turbocharged 2.0 TSI inline-four delivers between 215 and 228 horsepower depending on the year, and 258lb-ft of torque. While that might not look like all that much on paper, it is enough to keep up with its rivals while delivering 40mpg during highway cruising. And at the end of the day, its still a Golf; practical but far from boring.

Looking at the used market, finding a MK7 in the budget is as easy as it gets. While doing some research, I even found dealers offering new 2019 models for a smidge over $25k. The available trims are S, SE, and Autobahn in order from basic to fully loaded. If you can find one, the 2019 model year featured the GTI “Rabbit Edition.” Like the 911 GTS, it was the perfect middle ground of options, receiving the classic tartan interior from the base model and the upgraded infotainment and safety equipment from the SE, as well as offering some exclusive colors.

As with previous models, it could be had in 3-door and 5-door body styles. If you deal with traffic often, they can be had with the six or seven-speed DSG dual-clutch automatic gearboxes depending on the model year. If you want to row your own, a 6-speed manual remains standard. The facelifted models come standard with what was the Performance Pack on the earlier cars, offering the larger brakes from the Golf R and an electronically controlled, Torsen style differential. Being a VW, there is also plenty of safety technology like blind-spot monitoring and lane-keep assist.

As a backroad bruiser or city runabout, the GTI could be considered the perfect car. Its punchy powertrain and everyday usability make it a tough option to beat. And easily found with a warranty, it just might be the best option on this list. 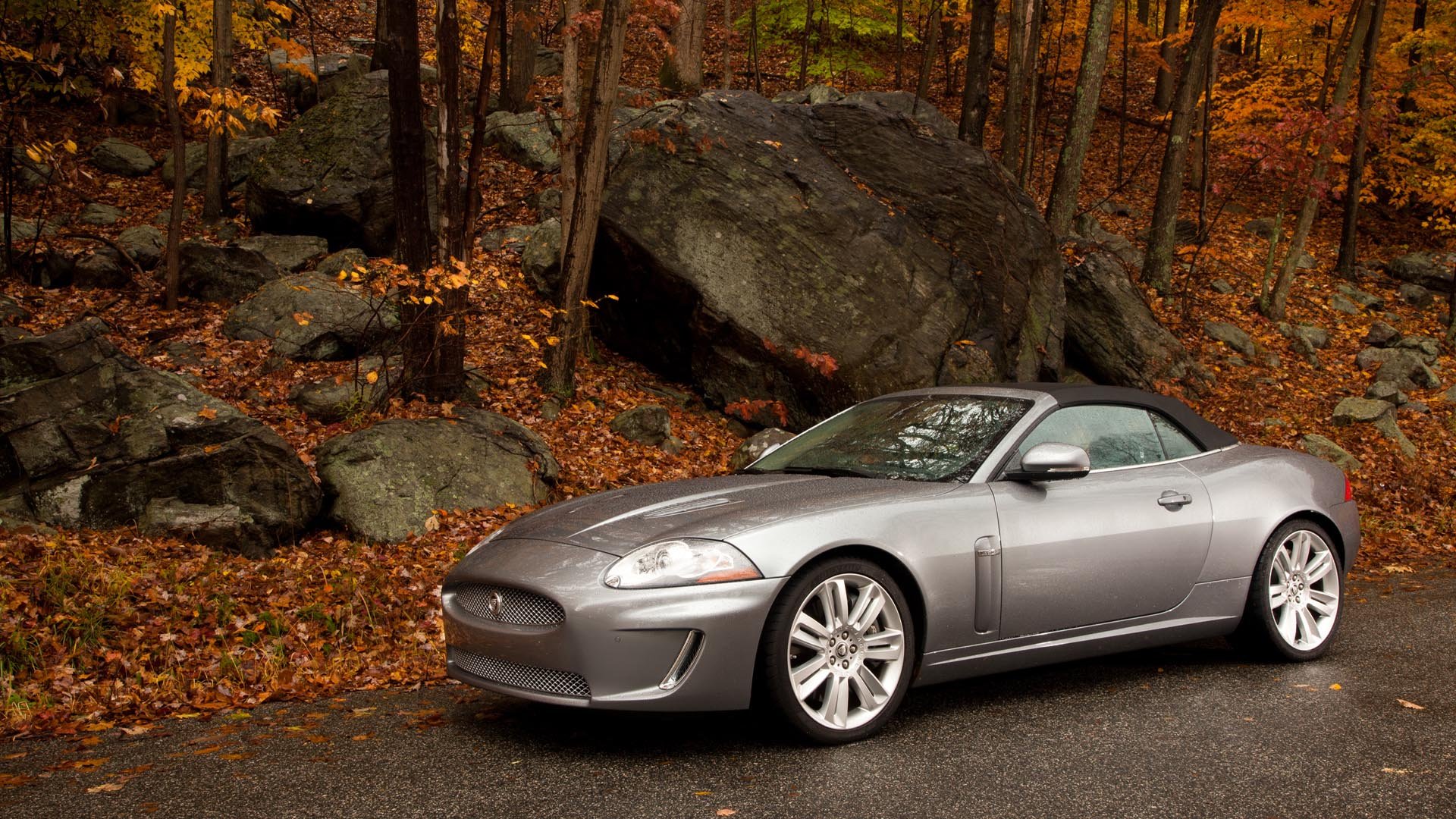 A supercharged, British grand tour'er for $25K? I didn’t think it was possible either, but thanks to depreciation, we’re all in luck. The second-generation XK, model years 2007-2015, is what you should be looking for. Designed by the great Ian Callum, designer of the Aston Martin DB9 and Jaguar F-Type, among others, the Jaguar XK is another one to remember. Available as a coupe or convertible, the XK is muscular but soft with a body that looks as if it was draped over the chassis; proportioned perfectly, it’s achingly pretty. As you would expect from the guy who designed the DB9, the interior, too, has hints of Aston Martin. The base XK was available with either a 4.2L V8 or a 5.0L V8, depending on the model year while the XKR featured supercharged versions of those V8s. And why forgo the supercharger when they, incredibly, can be had for $25k.

The first series of cars produced between 2006 and 2008, came with the 4.2L engine. In XKR form, it produced 420hp and 413lb-ft of torque, mated to a ZF 6-speed automatic gearbox. While they used the same engine as the first-generation XK, the problems with the weak timing chain tensioners and water pumps had been ironed out. The chain tensioners still require 10k-mile service intervals, however, so be sure to find one that has been looked after. The superchargers are generally trouble-free but can start to make noise around 50k-miles if they've been neglected. Listen for rattles on start-up, especially. 2009 brought about a facelift, some interior updates, and the new 5.0L engine. The exterior lights and bumpers were updated, and the interior received a new navigation system and back-up camera as standard. Also, now standard was Jaguar’s CATS active suspension management system, offered previously as an option. The new engine produced 510hp and 463lb-ft of torque while being mated to the same ZF gearbox. However, the power was now being put down through an electronically controlled differential.

Lauded as one of the best GT cars from the last decade, the XKR is truly a bargain at $25k. For that price, they can be found in a 30-60,000-mile range, in both convertible and coupe forms. Both engines and transmissions were used in other models and by different manufacturers, making parts easier and cheaper to find than you might expect. Along with the things to look out for listed above, the A/C drain becoming clogged and leaking into the passenger foot well is a common issue to look for. Beyond that, look for one with the best service history as always. In the end, they’re a fast and supremely comfortable grand tour'er. What more could you want?

No matter the European ride you end up with, we’ll have all of the parts and tools you’ll need. If you haven’t already, check out our DIYs here on the blog or our YouTube channel.. And, if you think you know of a better choice for the money, let us know in the comments below! 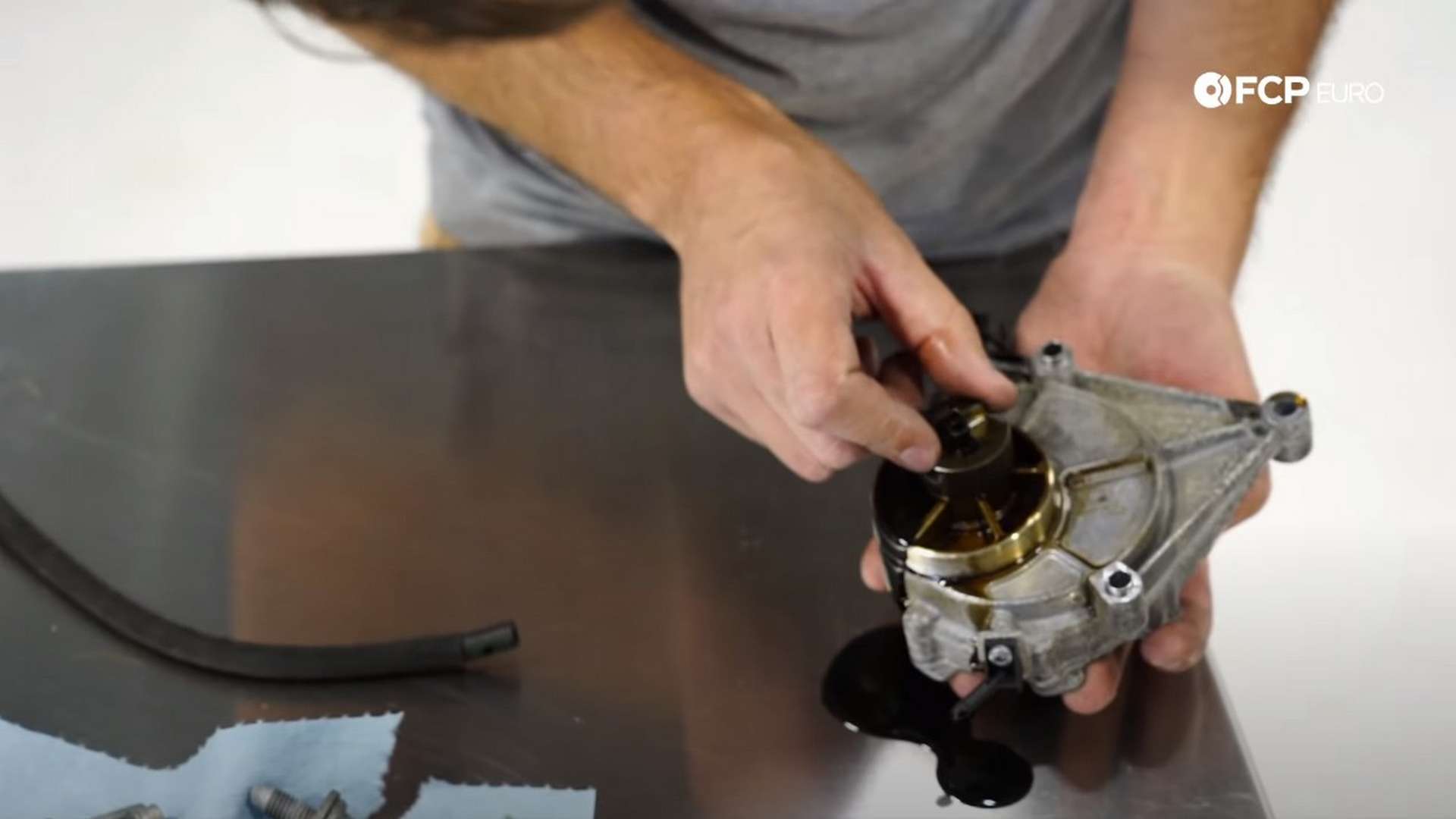 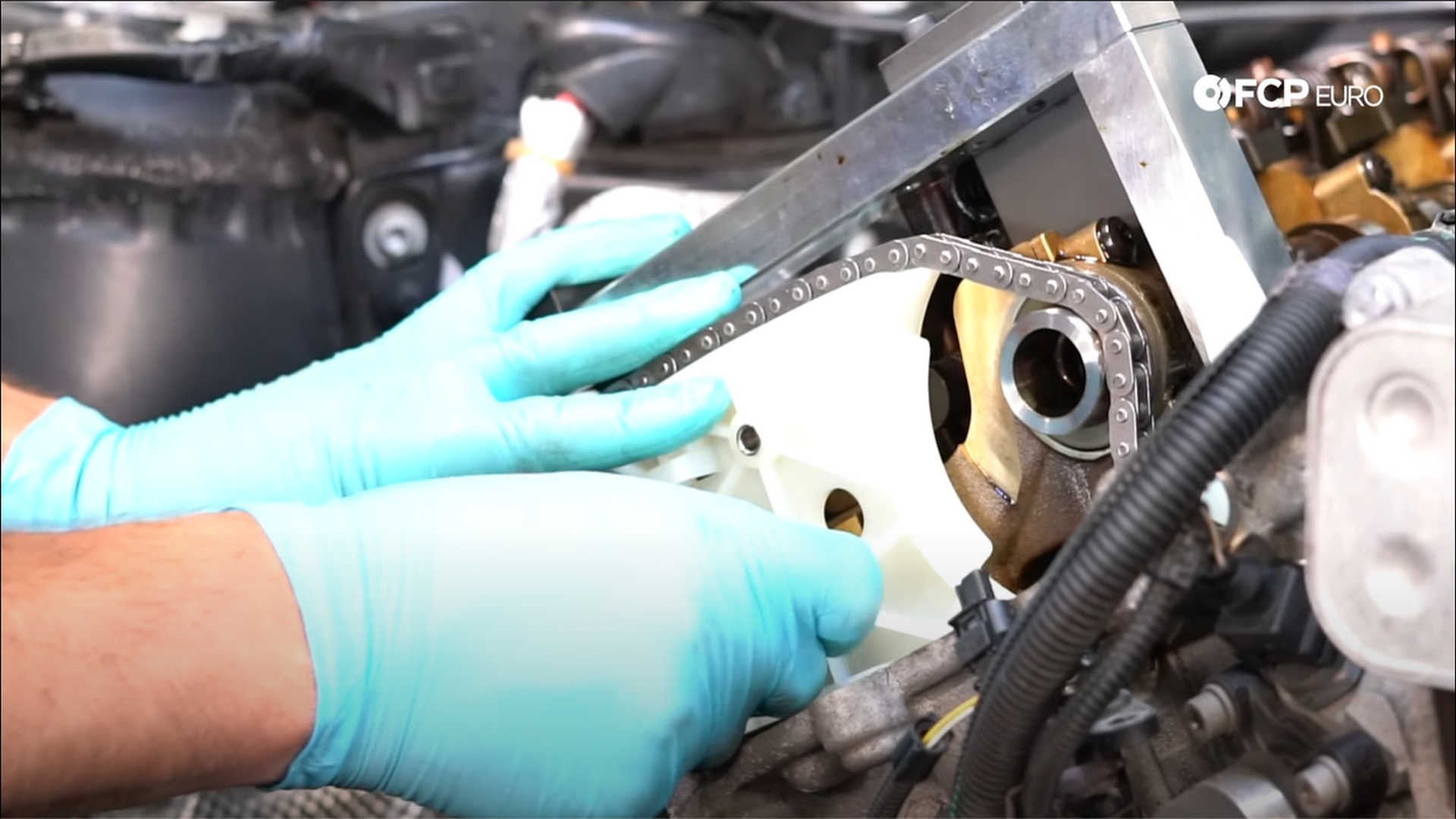 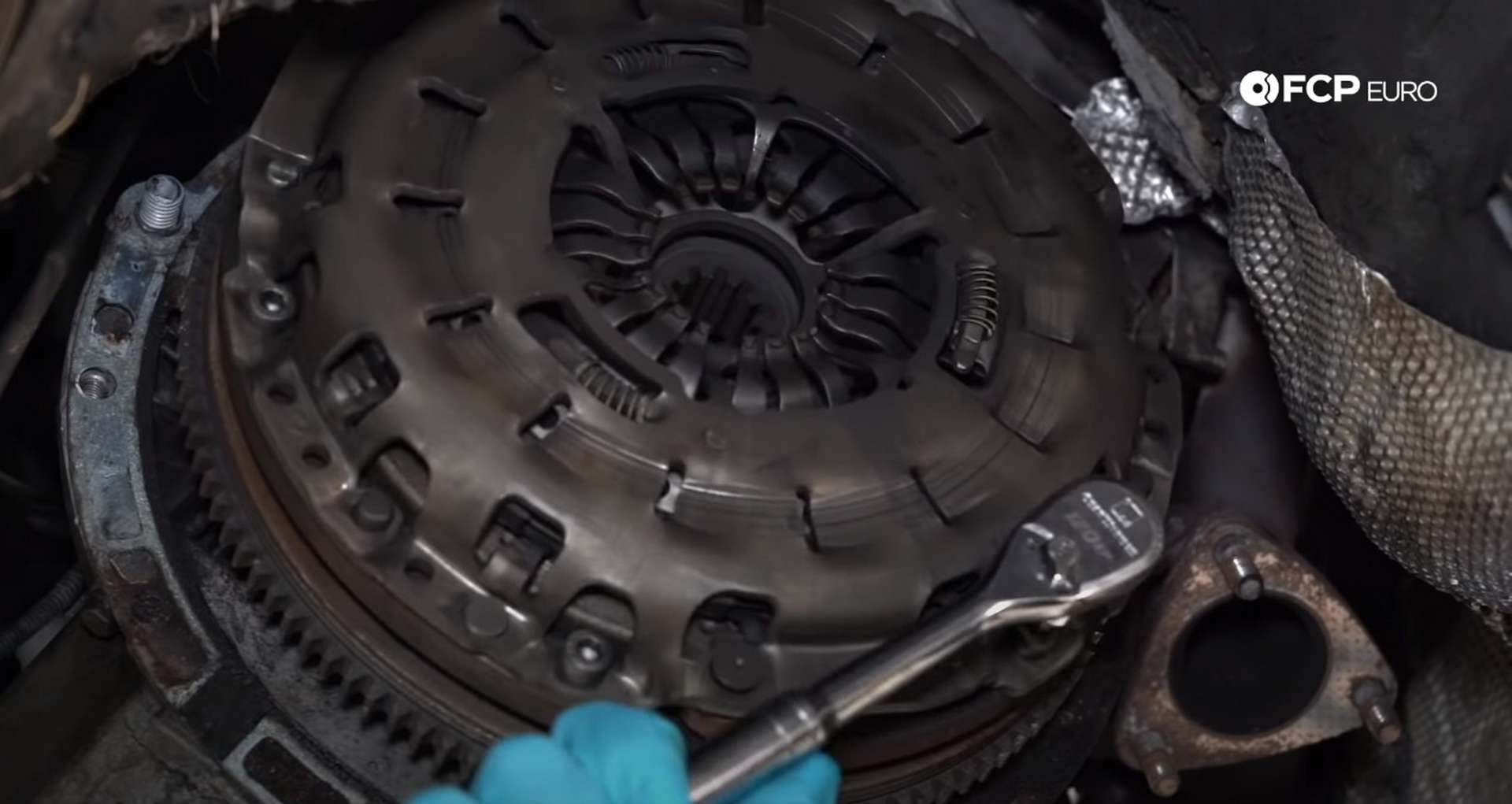 How To Replace The Clutch, Flywheel, & Rear Main Seal On A BMW E46

Anyone who owns a BMW E46 dreads the day they have to replace their clutch. Follow along with Gareth as he replaces the clutch, flywheel, and rear main seal. 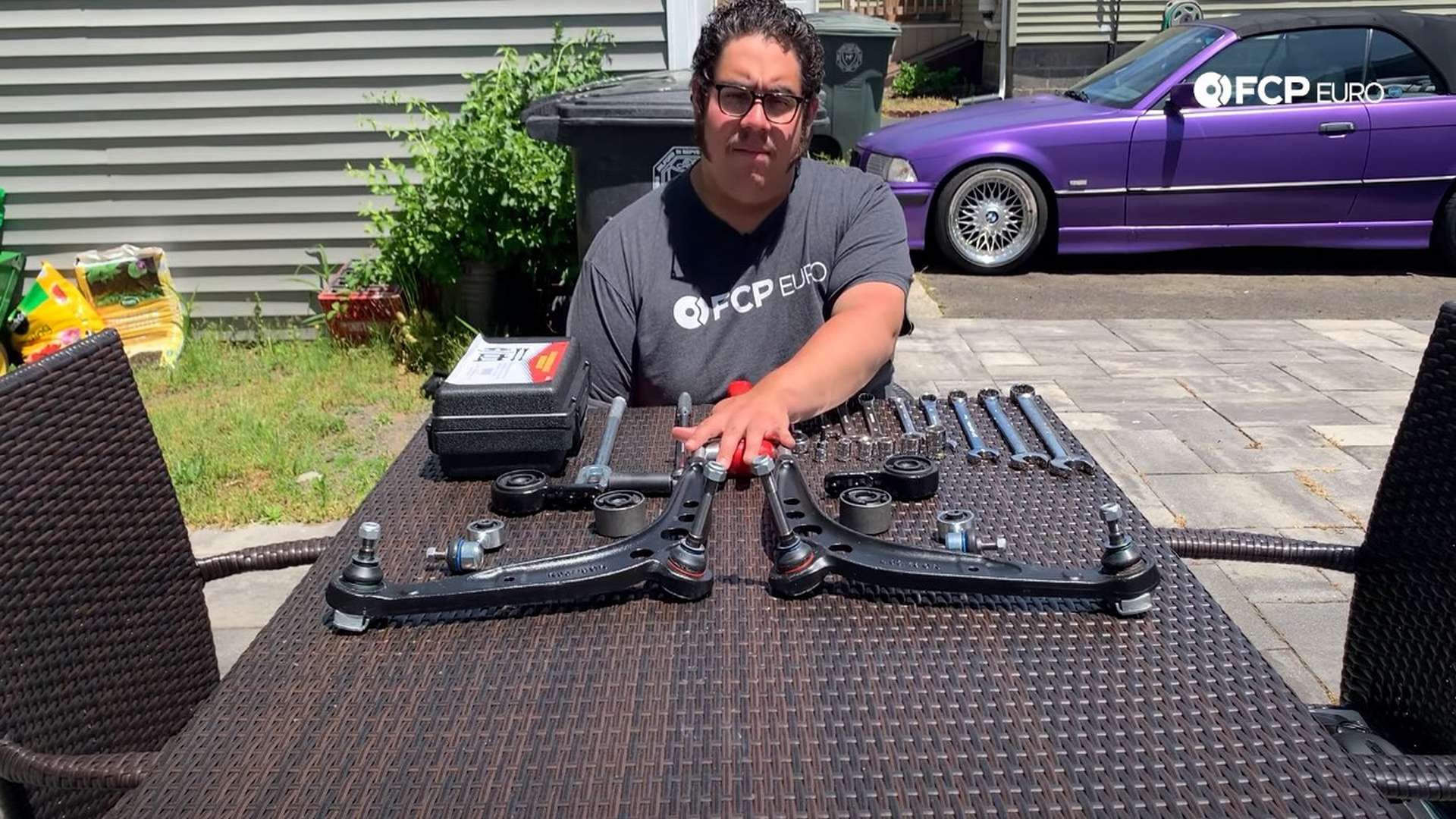 The BMW E36 is known for its superb handling, but as they age, the suspension wears out. Replace the front control arms and bushings to restore the handling. 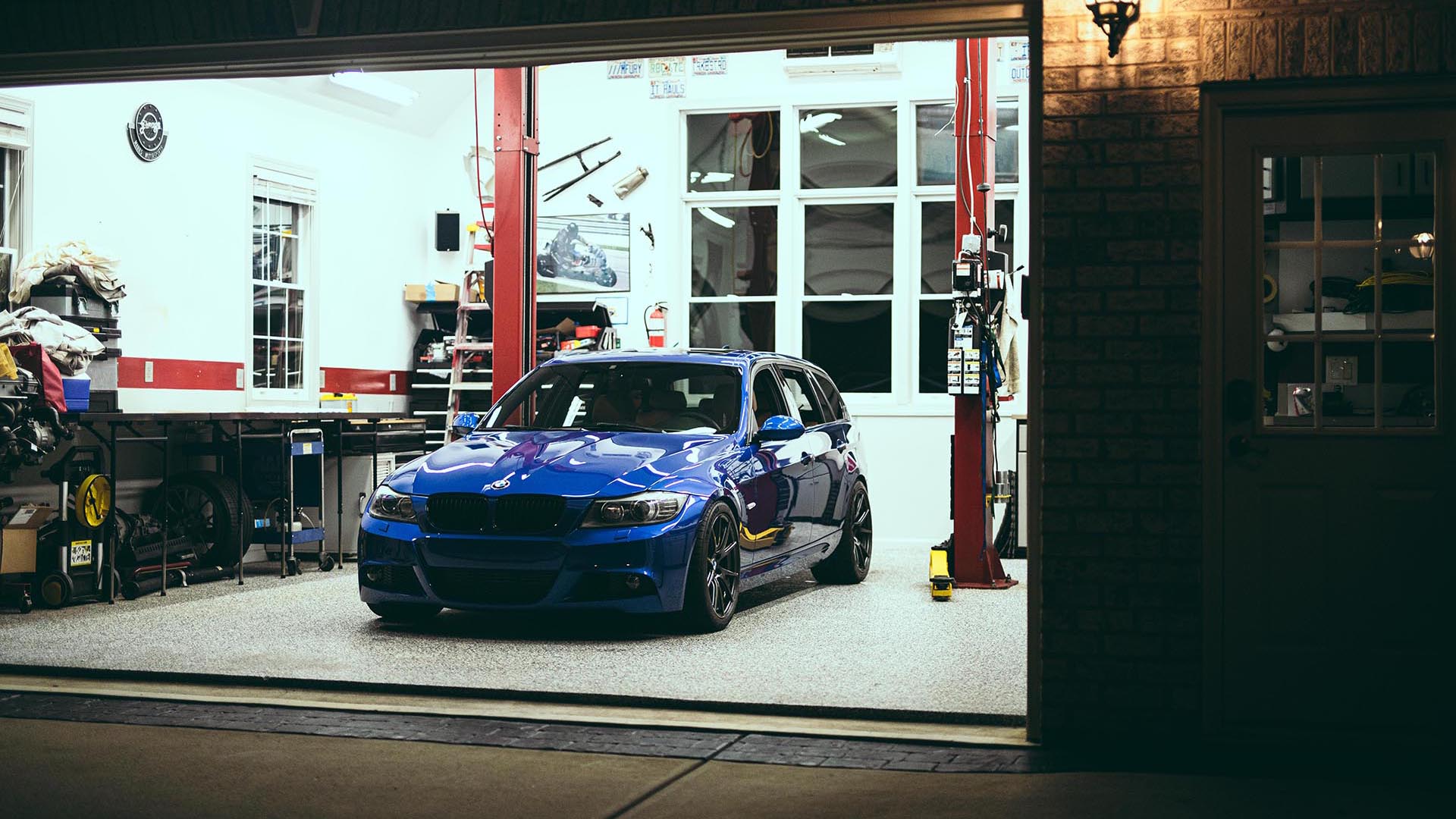 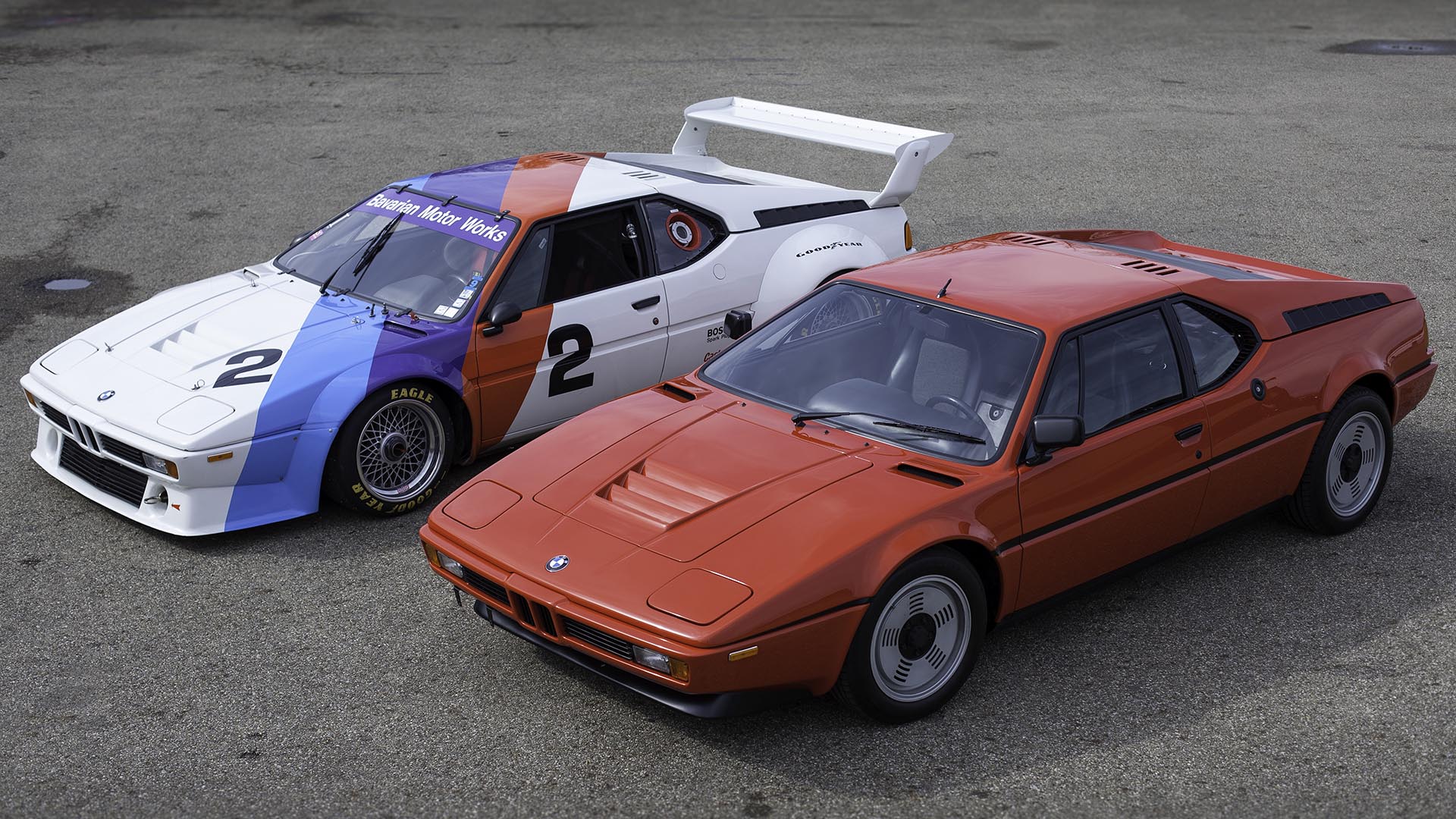