Is Your Check Engine Light On? Here Are 5 Reasons Why And What To Do Next

What is a check engine light?

Introduced in 1996/97 was the OBD-II engine diagnostics system. Universally adopted by every auto manufacturer, it is a common system that talks to the car’s computers and sensors. When something is detected to be wrong, the OBD-II system trips the CEL.

Each sensor, solenoid, and anything else vital to an engine’s performance that connects to the engine’s control unit (ECU), connects to the OBD-II system. The ECU and OBD-II system monitor all of the voltages and signals coming from the various sensors to ensure they stay in their appropriate ranges. The ECU will trip the CEL when it detects a fault through an irregular signal or voltage out of range.

The ECU stores any fault that the OBD-II system detects. As part of the OBD-II system, the trouble codes are universal to all manufacturers. When the diagnostic scanner reads the ECU, the codes will appear as a P0001-P1500. Each code between that corresponds to its own error message, allowing you to know what to look at to find the potential issue. Generally, fixing the issue outlined by the fault code will get rid of the check engine light. However, certain fixes require an ECU reset.

How do I check my engine’s fault codes?

In every car equipped with an OBD-II system, there is an electrical socket for the diagnostic scan tool. The socket sits in a recess in older cars, while most modern vehicles hide it behind a cover. Either way, the socket is located on the bottom half of the dashboard or the side of the transmission tunnel, on the driver’s side of the interior.

The diagnostic scanner’s abilities vary from mild to wild, depending on which tool you own. The most basic scan tool we offer at FCP Euro is the Autel AutoLink AL329. For around $40, you’ll get a small tool that will let you check any fault codes, erase the fault codes from the ECU’s memory, view some engine data in real-time, and make sure that all of the readiness monitors have been set. I own a tool like this, and it does everything I need it to.

On the other end, there is the MAXICHECK MX808—a tablet-sized, touch-screen scan tool that will do everything short of fixing the car itself. On top of the basics, the MX808 can reprogram fuel injectors, calibrate the throttle position sensor, bleed modern ABS systems electronically, and reset the tire pressure monitoring system. Dealerships and high-end independent shops are the only groups that will use a scanner more complex than the MX808. 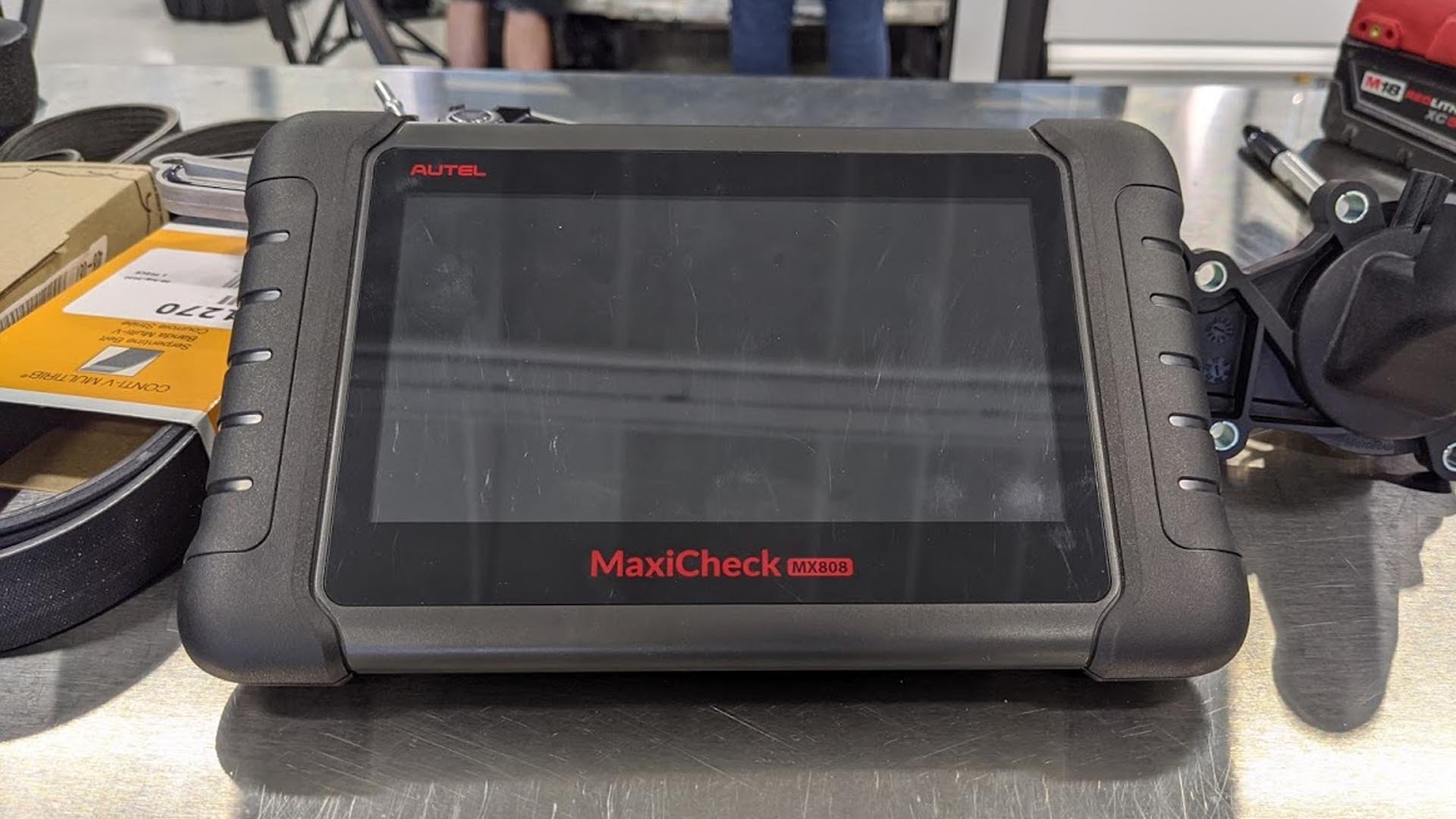 Are you looking for something with more features than the basic tool, but don’t want to drop $500 on a professional scan tool? Don’t sweat; there are plenty of options in between.

Why is my check engine light on?

There are hundreds of reasons why it may be on, and they can only be checked with a scan tool. However, there are a few issues that commonly cause the ECU to trip a fault code.

Yes, really, a loose gas cap. The fuel system in your car is far more complicated than you imagine. As your tank loses fuel, air needs to fill the space to avoid creating a vacuum. Yet fuel vapors can’t escape; otherwise, the car will wreak of fuel, among other things. So, various sensors measure the pressure in the tank and solenoids that open to allow the release of vapors into a charcoal canister. 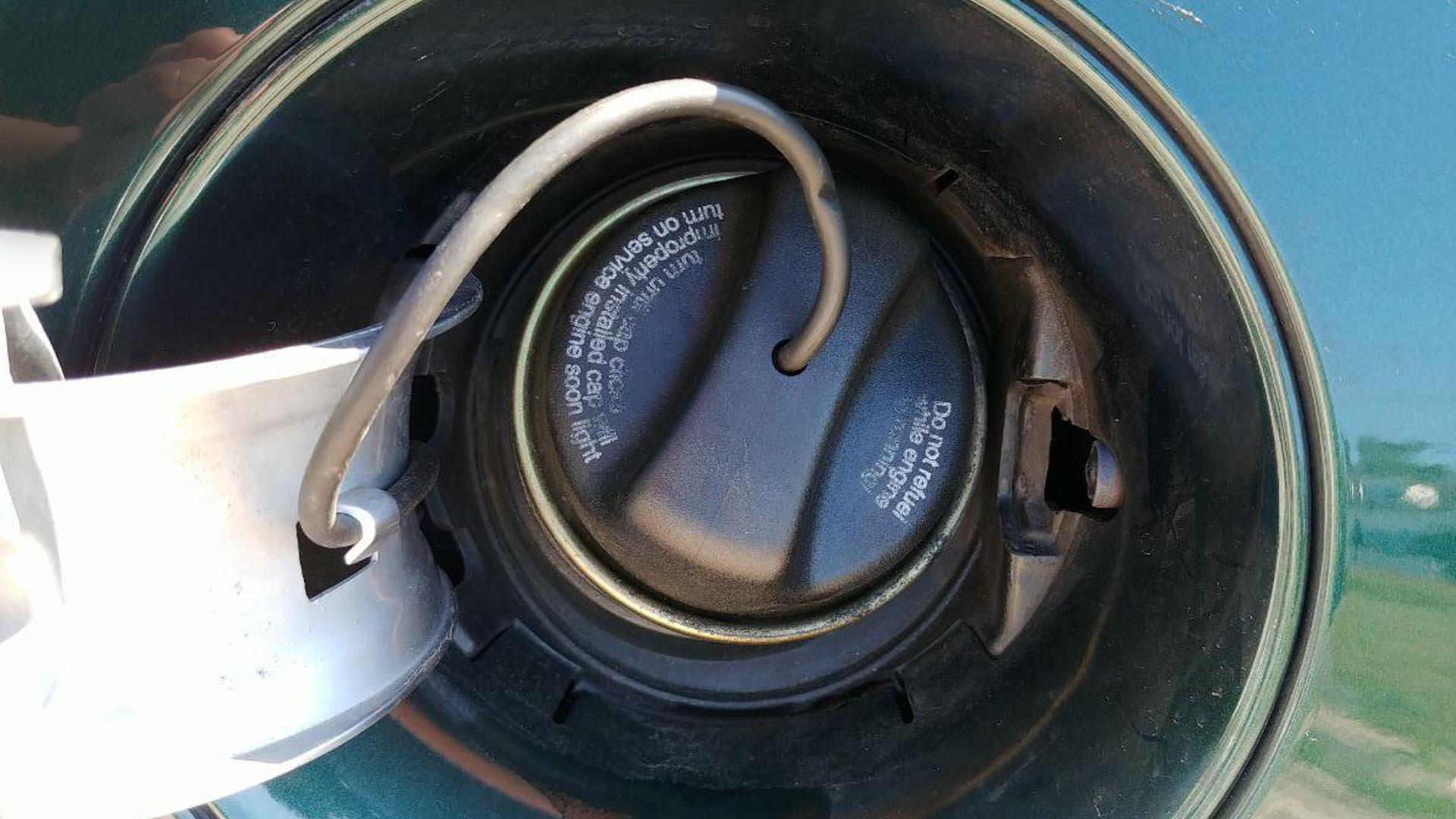 The gas cap seals the tank allowing nothing in or out. When left loose, the tank’s sensors will notice the pressure leak and cause a fuel-tank pressure-sensor code (P0452). Tighten the gas cap until it clicks, and the code should disappear. It is possible for your gas cap to fail and not be able to create a seal. If that's the case, a new gas cap is required.

The harmful gasses that gasoline and diesel engines produce would be significantly worse if it weren’t for catalytic converters. Made of materials like platinum, they sit in the exhaust and react with the hot exhaust gas to reduce toxins produced by the engine. With use over time, the converters will get coated in exhaust gasses and lose their abilities. 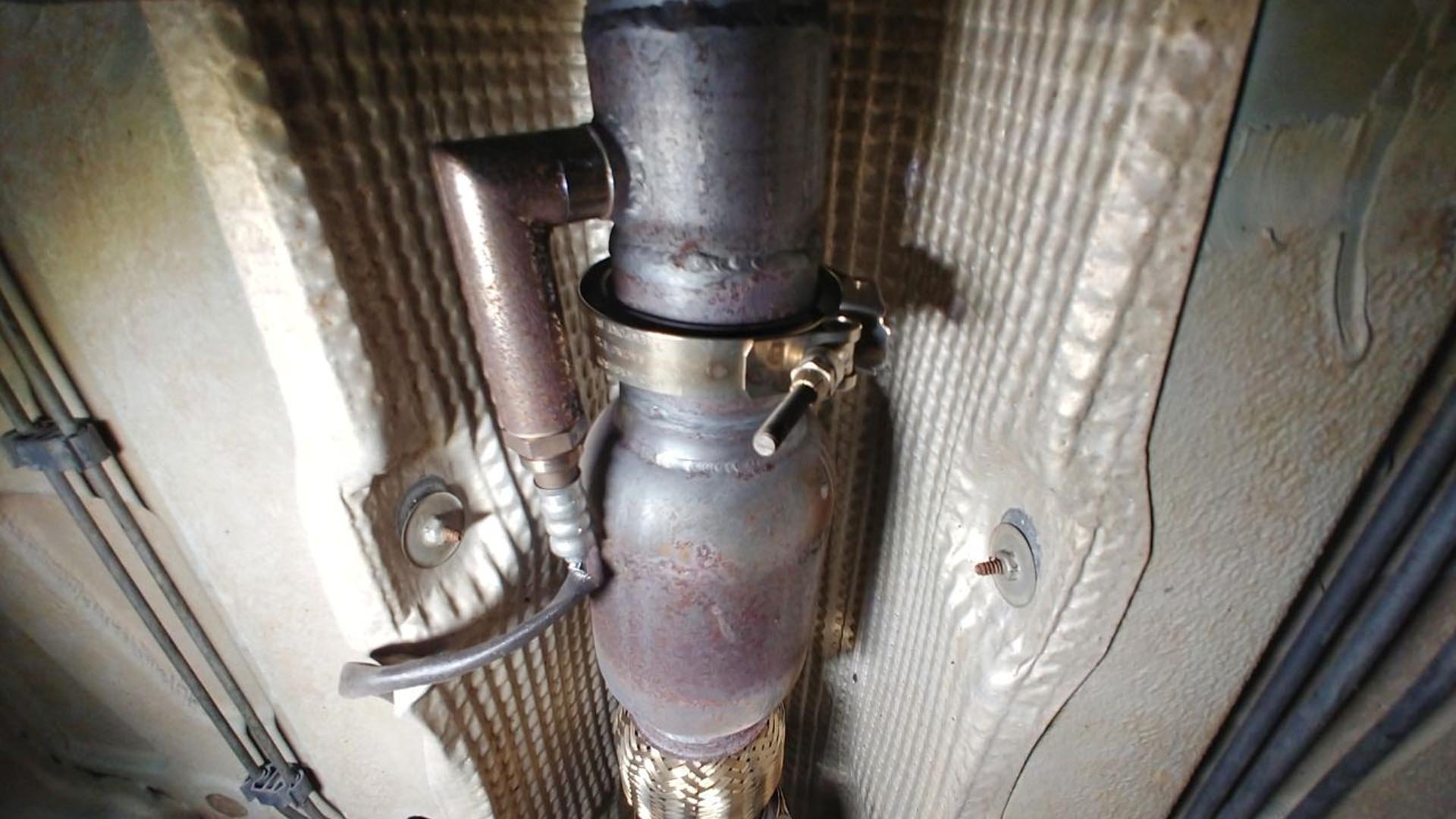 Fit into the exhaust before and after the catalytic converter are the oxygen sensors. These sensors measure the number of fuel particles left in the air after combustion and tell the ECU if the engine needs more or less fuel to run efficiently. Eventually, exhaust gasses coat the sensors leading to a need for replacement.

The O2 sensors and the catalytic converters trip similar codes as they are part of the same system. The oxygen sensors are cheaper than the converters, but neither are cheap fixes.

3: Irregular spark in one or more cylinders

Engine Misfire codes are common. They’ll appear when maintenance items like spark plugs or ignition coils are due for replacement. A P0300 is a general misfire code. A P030X code will tell you which cylinder or cylinders have spark issues.

You can feel the misfires too. The engine will sound noticeably rougher and may even have lost performance. Changing the spark plugs and ignition coils can solve the issue but aren’t a guaranteed fix. Take the car to a professional if problems persist.

Engines need air to create combustion. Modern fuel injection systems use a mass airflow sensor or a manifold air pressure sensor to precisely measure the amount of air an engine is pulling in to determine the amount of fuel needed. A vacuum leak is when air is being pulled into the engine after the MAF or MAP sensor, causing the engine to run lean.

The excess air will cause the engine to run roughly, especially at idle. The leaks can be tricky to find. The fault codes associated with the leaks won’t be specific, and you’ll need to use some tricks to find the leaks. Spray a can of carburetor cleaner around the engine and listen for any increases in the idle speed. An increase in idle speed means you found the leak area and can n concentrate on that spot.

Unlike a manifold air pressure sensor, the mass airflow sensor reads the amount of air being pulled through the intake, allowing the ECU to add the proper amount of fuel. Dirt particles that have gotten through the filter and oils from filters, such as K&N filters, will coat the sensors and prevent them from accurately reading the airflow. 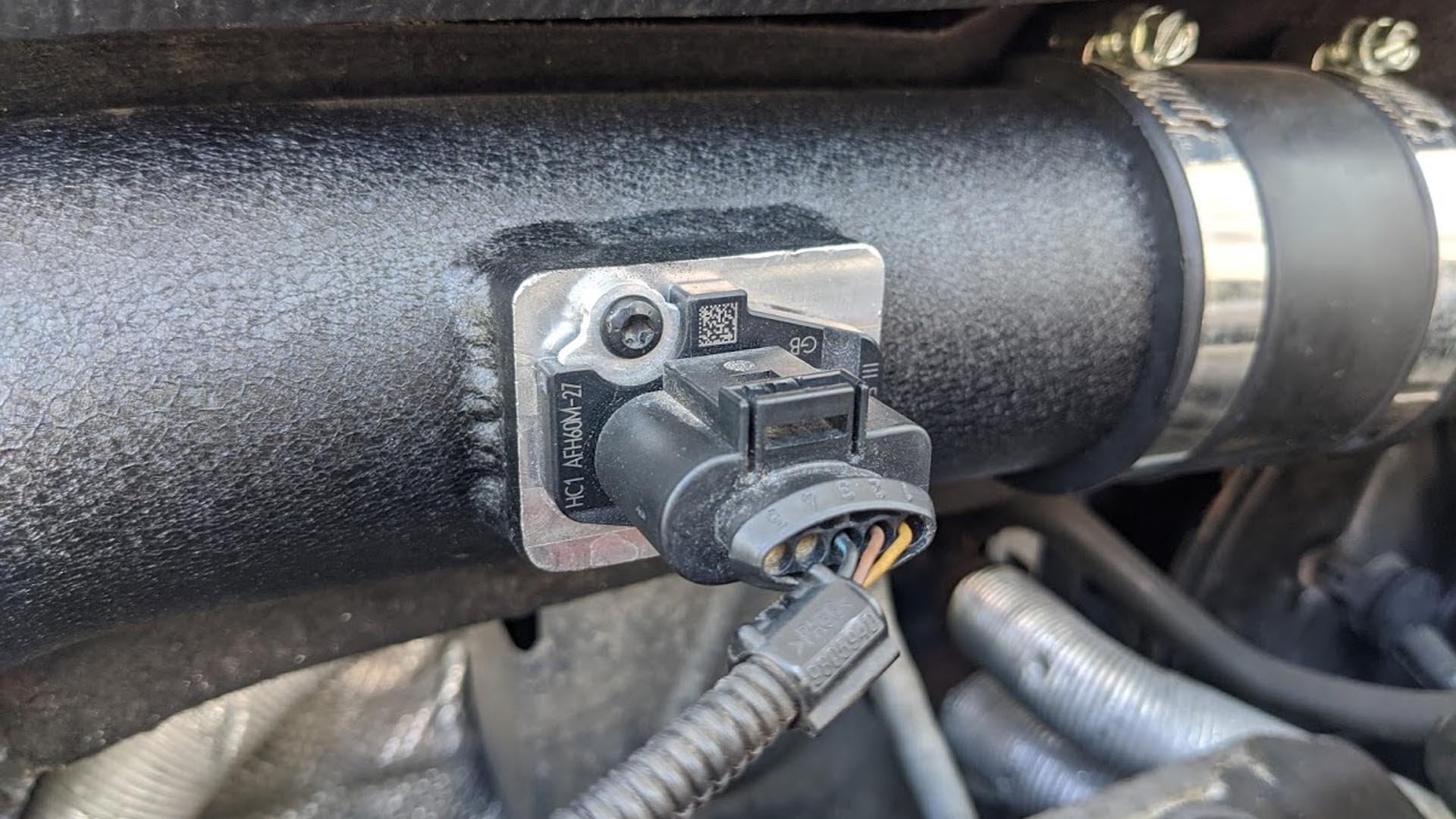 Unfortunately, a dirty MAF sensor won’t trip a MAF fault code. The sensor is still technically working; it’s just giving the ECU an incorrect reading. Instead, they’ll cause fuel trim fault codes to appear, indicating the one side of the engine is running too lean or too rich.

How to reset a check engine light

First, fix the problem, though that doesn’t always make the light go away. Take the scan tool and plug it into the car. Turn the ignition on and allow the tool to read the ECU. Once the codes are displayed, hit the erase button and confirm it to reset the ECU, erasing the codes. The fault codes are now clear from the ECU. 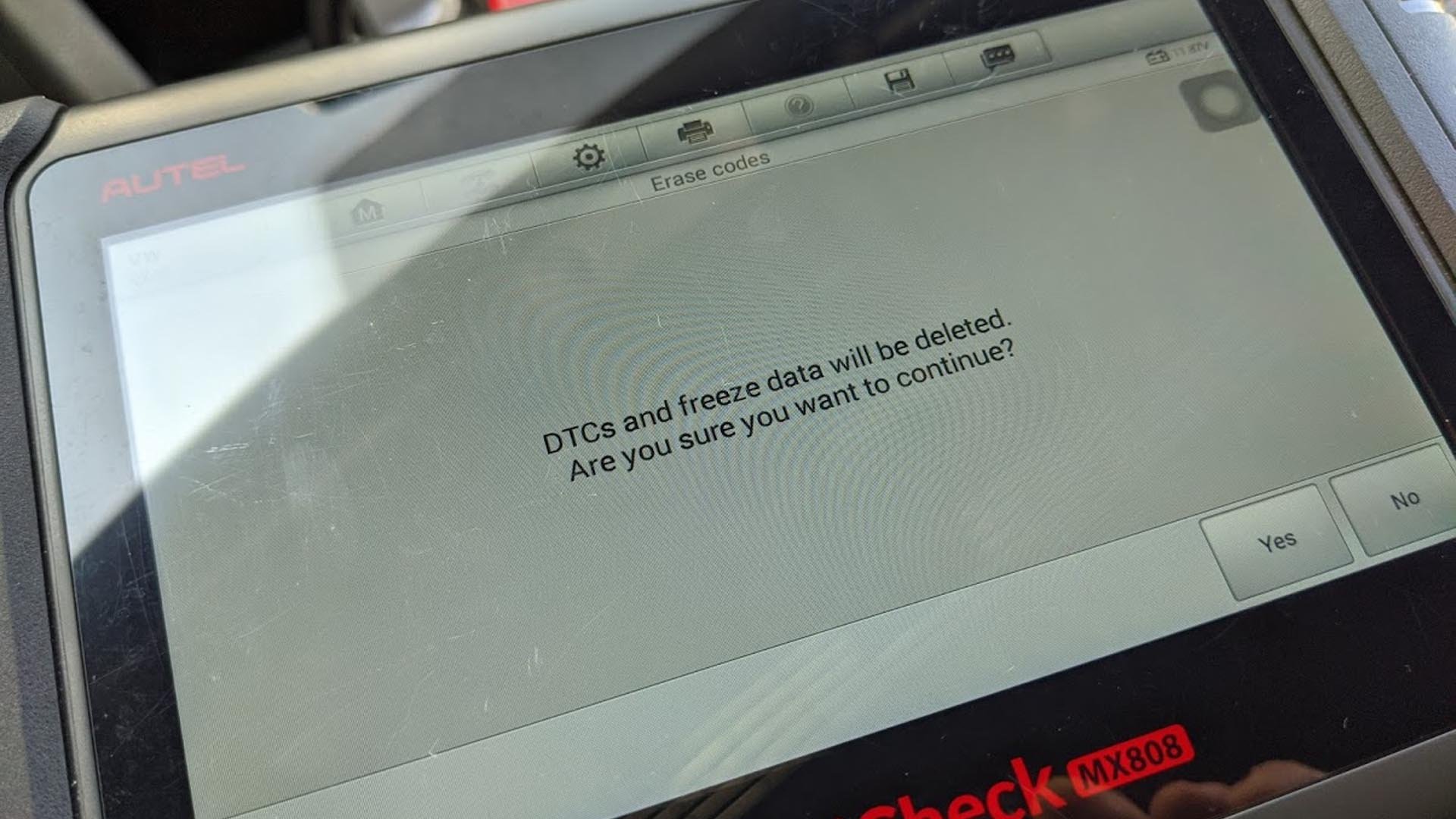 When you erase the fault codes, you reset the ECU. The car then needs to be driven around 60 miles to allow the monitors and sensors to calibrate themselves. Chances are you fixed the issue if no check engine lights appear after the 60 miles. Clearing the fault codes hoping that they’ll just go away does work on rare occasions, but the faults will come back if there is a persistent issue.

What should I do if my check engine light becomes illuminated?

Don’t panic! More often than not, the issue is small and makes financial sense to fix. The best thing you can do in this situation is to be prepared. Owning or having access to a basic scan tool can save you time and the hassle of going to an independent shop to have them diagnose the problem and charge you for it.

If it is a significant issue, there will be more warning signs than just a check engine light. Do some research on the code and its commonality with your model of car. Online forums can be a great place to learn about common issues and how others have fixed them.

If you genuinely want to start building some mechanical aptitude, browse our blog at blog.fcpeuro.com and subscribe to our YouTube channel to follow along as we teach you how to fix your European vehicles.