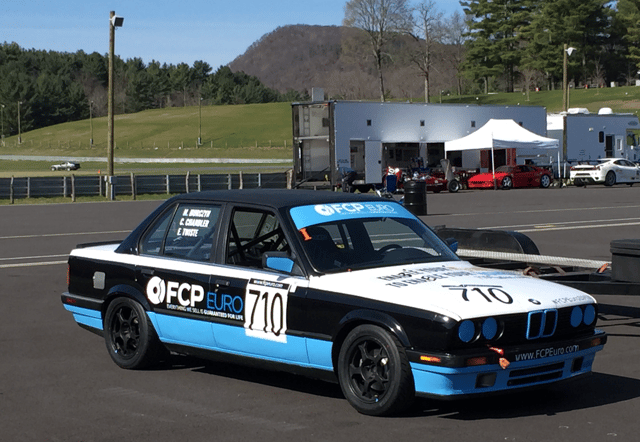 An endurance race is true test of man and machine.  It takes a reliable car, a strategy, money, and a team.  Having FCP Euro on our team has helped get us the parts that (hopefully) will get us through 18 hours of grueling racing.  But you can't just have a reliable car. The people behind the effort are what truly make the journey worthwhile.  Here is our confirmed team for the first race at Watkins Glen. 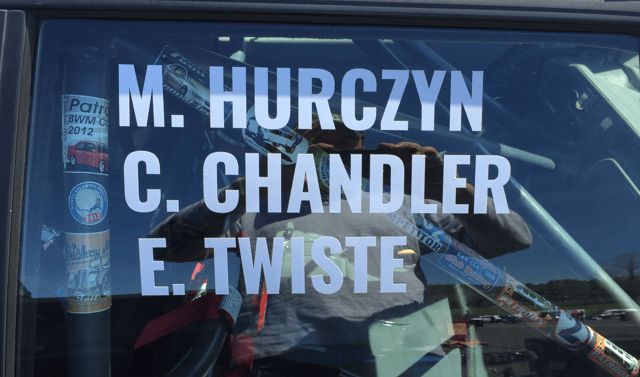 My driving career stared at 16 years old autocrossing a Subaru 2.5 RS.  At 18, I started driver's schools in my dad's 1989 325is.  Moving up through the ranks very quickly, I started Instructing for the BMW Club in 2001 at the age of 22, and then raced from 2004-2006 in BMW Club Racing in a RHD DM E30. I would have loved to continue, but I got married, bought a house, had kids... you know the story. Priorities sometimes change, but passion doesn't.  Instructing at driver's schools is how he got my fill of track time, but there is just something about racing that can't be replicated without actually doing it.  I can't wait to do it this weekend!  If you want to follow along, follow @fcpeuro and @bmwmichael110 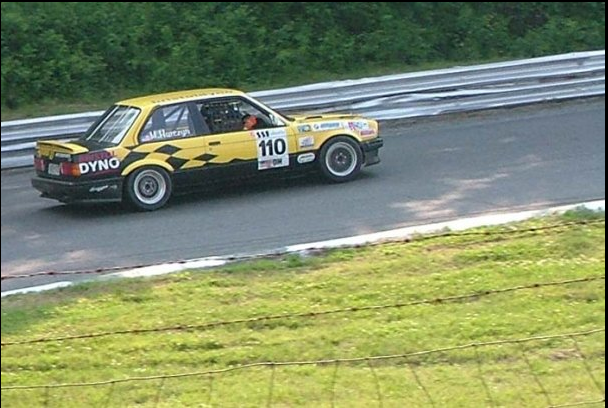 As an eighteen year old, Christian J. Chandler began a lifelong affection for BMWs after watching a DRM/DTM race at the Norisring in Nürnberg, Germany in 1981. During the next two years, while living in Germany, he became accustomed to high speed on the infamous Autobahn and competed in a few TSD rallies. However, it wasn't until he was in his 30s, that he considered wheel to wheel racing.

After several years in the Skip Barber Regional Series, he began racing with the SCCA and the BMW CCA. He has won races at Lime Rock Park, New Hampshire Speedway, Pocono Raceway, and New Jersey Motorsport Park. He won the PRO-IT Championship in 2011 in the Improved Touring A class. Although he has podium finishes at Watkins Glen, a win has eluded him.

Christian is a driving instructor for the BMW CCA and particularly enjoys working with teens in the Street Survival program. He is a professional pilot, competition aerobatic pilot, and former US Parachute Team skydiver. He lives with his wife, Cara, and 4 year old son in Ashfield, MA. 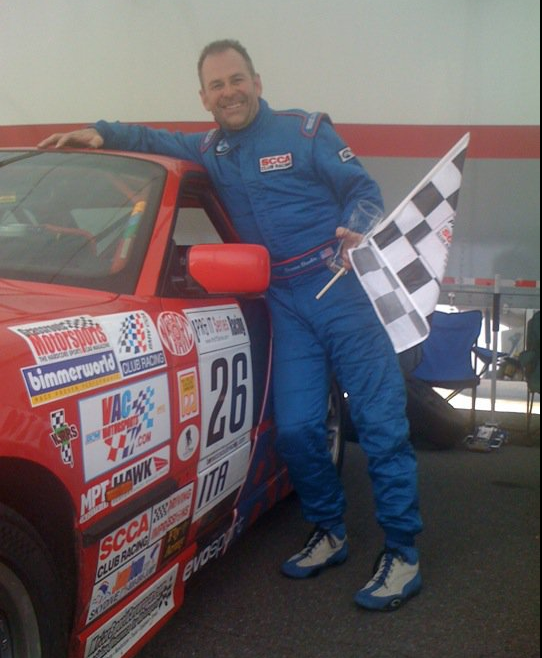 Eric Twiste is a lifelong car junkie so it's not surprising that he would eventually try wheel-to-wheel racing.     Eric got into racing later in life, after he realized he wasn't spending enough money on his other main sport -- international big mountain skiing -- so he had to find something even more expensive.     The lure of burning tons of money at the altar of the Racing Gods was too much.     Eric can resist anything but temptation.     He’s raced in LeMons, Chump, SCCA, and AER.     His best finish was a podium at a 24 hour race at VIR.
He is a track-day driving instructor at his local track and with the Xtreme Xperience.     He's a Porsche fanboy but has owned and raced BMWs too.     He’s a racing purist who drives manual gearboxes, likes old-school analog gauges, and prefers a minimum of electronic driving aides.     He knows the full text of The Racers Book of Excuses but tries not to use them, and  never takes driving advice from any Fast & Furious movie.
When he isn’t racing or traveling, Eric is a lawyer in New York City. This is his first time driving with FCP Euro and he’s looking forward to some great racing. 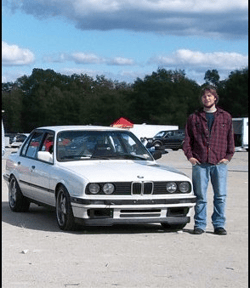 Ben has been doing track days with BMWCCA since 2008 @ Lime Rock Park, New Hampshire Motor Speedway and VIR, along with various AutoX events.  He has worked on BMW cars as a hobby since 2006, from minor work to full motor rebuild/transplants.

Ben is currently an active American Motorcycle Association and New England Trail Rider Association member- more recently have worked/ridden BMW, KTM and Husqvarna motorcycles/enduro bikes. When he's not playing with cars and bikes, he works as a CNC programmer/setup/operator since 2007 for various 4-axis VMCs and lathes.  He's a good wrench!

Nick, or @ohfkitsnicholas on Instagram, is 21 years old studying communications/journalism at Springfield College in Massachusetts. He is originally from Western Pennsylvania, and before that was Vladivostok Russia. He's always had a passion for cars since his dad owned his two E-Type Jaguars and a Dino Ferrari.

Nick will be joining us to bring down the average age of the team, because he has great hair, and he's a talented photographer, so he will be helping document the event for us.  This may or may not be his Ferrari 458!

Follow all the action all weekend on FCP's social media accounts and www.americanenduranceracing.com.

If you are in the area, stop by the track and say hi!  There is no entrance fee and you'll get to see 80 teams battling it out on track.