The BMW E34's trailing arms (a.k.a. rear control arms) are basically the meeting points for the rear wheels and all critical suspension components. The trailing arm uses a series of bushings to connect it to the vehicle’s subframe. When a bushing wears out, it can cause the car’s handling to become pretty bad.

On the BMW E34 specifically, this can produce a symptom commonly known as "wandering butt syndrome”. That is when the car's rear end doesn't feel like it is tracking properly in turns. This symptom is commonly caused by broken of failed trailing arm supports (a.k.a. the dog bones, a.k.a. pitman arm, a.k.a. trailing arm connector links). These are the little dumbbell-shaped links that help keep the rear end in alignment during hard turns and bumps.

Tools needed to complete this repair:

Parts needed to complete this repair:

Fortunately, this is a relatively straightforward repair. The trailing arm supports are easily visible without removing the wheels. They can be seen on the forward side of the trailing arm, almost in front of the tires. 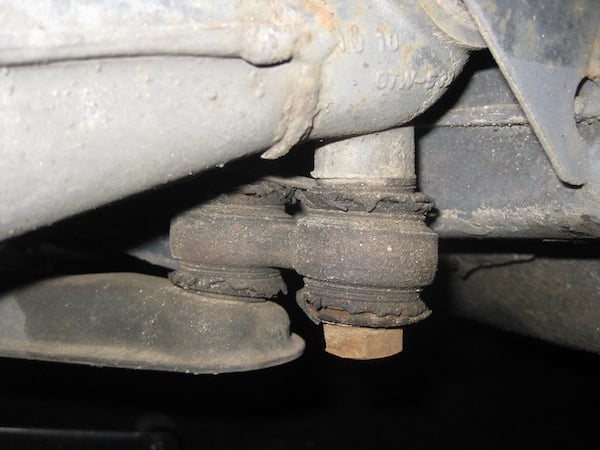 In my car’s case this case, it was easy to determine that the trailing arm support had failed. The car was making a clunking sound over bumps, its rear end did not track properly in turns, and the bushings in the connector links are visibly deteriorated.

Compared to many suspension components on a BMW, these parts are relatively cheap and easy to replace. They are a great first project for anyone who does not have a lot of experience working on their car's suspension. 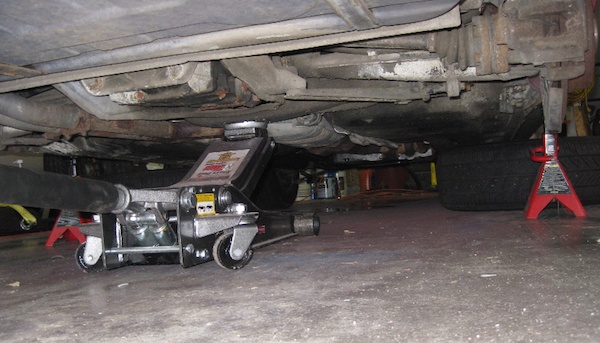 Unlike some other brake jobs or suspension jobs, it is best not to lift only one side of the car at a time. This will put unbalanced weight on the subframe and may make it difficult to align the new parts in their place. If you can, jack up the front and the rear of the car to make it sit level. Or chock the front tires and place the rear of the car on jackstands , using the jack points on the body (under the rear doors). Next, remove both rear tires and place them under the subframe of the car for added safety. In this example I am leaving my floor jack under the car for added stability. Note that there is no need to go under the car to perform this repair.

Since the trailing arm supports are so close to the tires, they bear the brunt of all road grime that your car encounters. Expect the bolts to be very crusty. Spray them with penetrating fluid and allow some time to soak. In extreme cases, you may need to scrub the bolts with a wire brush to remove road grime. 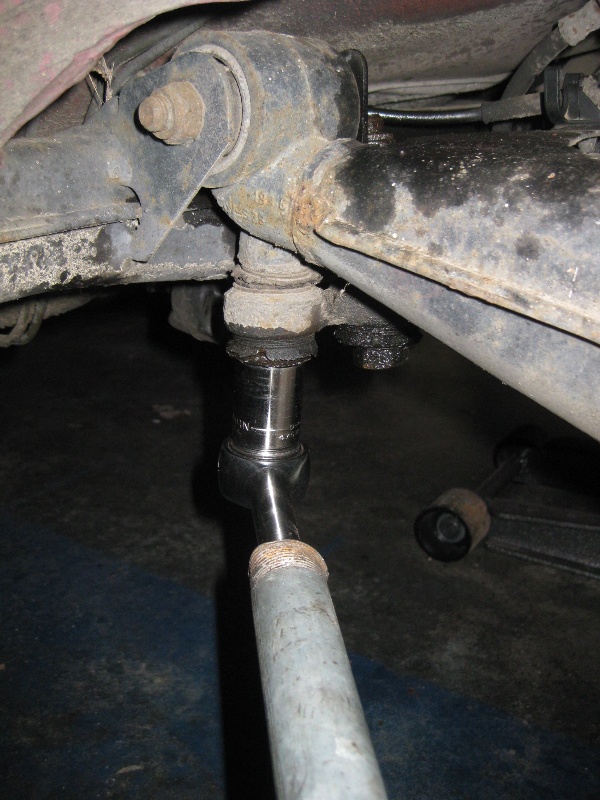 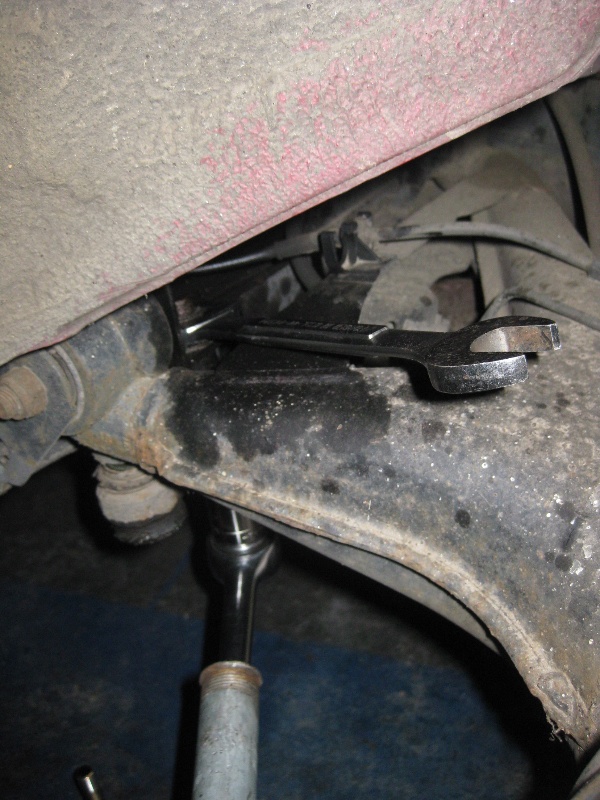 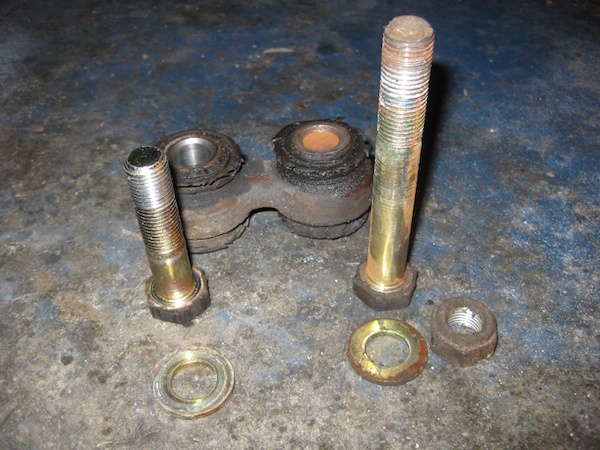 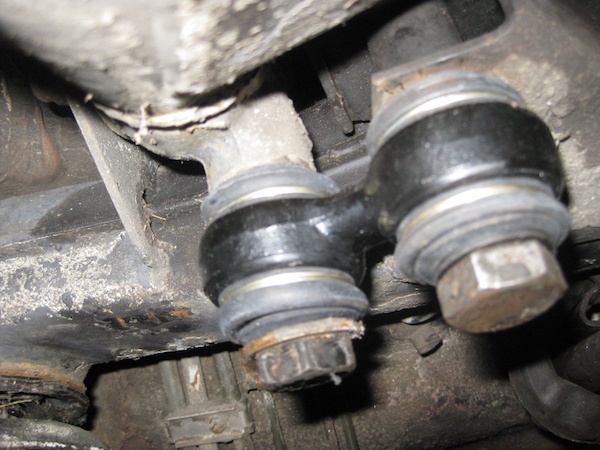 While You are Down There: