If you own an E36 M3, chances are that you love it. Sometimes you may hate it; I mean really hate it - but when you get it back out on the road you forget you ever felt that way and the hate turns back into love. The reality is, even though the E36 M3 is a very strong car and can take a lot of beating; parts fail. Design flaws start to emerge as miles rack up, and your German Hell-wagon starts becoming harder to live with. But something that makes it easier to deal with is knowing there is someone else out there having the exact same issues as you are having. Most of these issues are shared among all E36 M3 owners.

If you are looking at buying an E36 M3, don't let this steer you away. The issues listed are worth putting up with considering it's a great car to drive. Why else would it be so popular? If anything, use this as a list of things to keep in consideration while looking for an E36 M3. It's much better going into a used car buying situation when you know what issues to look for.

VANOS is BMW's answer to variable valve timing in their motors. It advances and retards the timing at certain RPMs to give you best gas mileage and power. US E36 M3s have a single piston VANOS unit that sits at the very front of the engine on the cylinder head and only adjusts the intake camshaft.

1) The seals on the VANOS piston wear out. When the car was originally introduced into the US, VANOS seals were wearing out after only 20,000 miles and BMW never addressed the problem. They just kept replacing the units with seals of the same bad material, only to have them go bad after another 20,000 miles. When the seals wear out low-end torque is diminished, fuel consumption goes up, and overall driving pleasure goes down.

2) The VANOS unit will rattle. VANOS rattle is almost a certainty with these engines. From about 1000-3000 RPM you will hear what people have come to describe as "marbles in a tin cup." VANOS rattle is an annoyance that occurs with miles - lash on the camshaft wears on the inner bearing of the VANOS resulting in slop. Slop in-turn results in a very annoying rattle from the VANOS unit.

Fortunately, Beisan Systems and Dr. VANOS supply rebuilt VANOS units and upgraded seals that don't degrade as fast as OEM. Beisan Systems also sells an anti-rattle kit to fix the rattle. It will not completely eliminate the rattle, but it does substantially quiet operation of the VANOS. 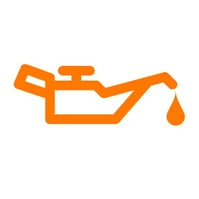 Some of us are lucky to not have this problem. And the rest of us are stuck checking our oil religiously. It's hard to believe that these cars can consume as much oil as they do, and are still on the road today. A lot of people joke that these cars came from the factory consuming oil; and given how common the problem is it's hard to believe any different. Most E36 M3 owners are consuming around .5-2 quarts of oil every 3000 miles.

For the majority of owners there is confusion because their car doesn't seem to be leaking oil, there is no smoke out the tail pipe, and they are positive they put in the correct amount of oil. But their oil level continues to drop as the miles rack up. The issue is the amount of oil lost at each combustion event is very small, which makes it very difficult to diagnose. But, a small amount lost over several thousand revolutions adds up to a substantial amount of oil.

Many people have had success decreasing oil consumption in a few different areas:

1) Changing oil viscosity and brand - If you're losing oil, switching to a thicker oil can help decrease the amount of oil lost. Also, some brands are more beneficial than others. For the E36 M3 I recommend Mobil 1 European Formula, Liqui-Moly 5W-40, or Pentosin 5W-40.

2) Replacing the CVV - The CVV collects the oil/air vapor mix that is brought to it from the valve cover via the PCV tube. It then separates the oil and air, sending the air into the intake manifold to be used in the combustion cycle and dispersing the oil back into the oil pan via the dipstick tube.  This valve can sometimes clog or malfunction, resulting in oil entering the intake manifold and being consumed in the combustion cycle.

While it's not uncommon for any car to need certain mounts and bushings replaced at a certain time, the E36 M3 is notorious for several bushing and mount failures. If your car has anything over 80,000 miles and is still running on stock engine mounts, transmission mounts, rear trailing arm bushings, or rear shock mounts, chances are that they are in need of replacing. In some cases you may not notice that they need replacing because they have been degrading slowly as you drive.

Engine and transmission mounts - Easily checked by getting underneath the car, if they look squished or have any cracks this will warrant a replacement. Blown mounts will result in excess movement in the drive-line which can result in excess vibrations, missing shifts, or actual contact of engine/tranny to chassis.

R.T.A.B. - Common symptoms of bad rear trailing arm bushings are uneven tire wear on the rear tires, clunks when going over bumps in the road, and a general uneven/unresponsive feeling when driving. Also, the rear end can feel almost detached from the vehicle.

Rear Shock Mount - R.T.A.Bs and rear shock mounts generally go out in the same mileage. When the bushing wears out, the shock is allowed to move around much more than it should, resulting in a clunking noise. You'll generally hear it when your driving over a bump or driving at high speeds. Also, just as with the R.T.A.Bs the rear end of the car can almost feel detached from the vehicle.

If you're one of the select few that have a car that has been pampered and barely driven its whole life, some of these may not count for you. But for the majority of us, our cars have been driven since nearly day 1 off the production line. Which in the E36 M3, aside from a few design quirks, can lead to some very unique annoyances.

When you first jump into an E36 M3 and start driving there are a few things that may need explaining:

1) There is no tilt on the steering wheel. BMW stopped putting tilt steering wheels in the E36 cars around '94 or '95, so if you've been looking for a hidden switch or latch, you wont find one. For most people its easy to get around this by fine tuning the seat adjustment. But for some its a major annoyance when exiting the car.

2) Squeaks and rattles. While the E36 M3 isnt the only car on earth that these happen to, these certain locations are extremely common for E36 M3s:

Front of the car: The majority of rattles in the front can be found at the door panels, the plastic clips that retain the door panel get old and crack allowing the idle of the car to rattle the door panels. If the pocket section of the door panel seems to be very loose, these could be your culprit. Another common rattle spot is the glove box door. It's extremely common for them to sag, so when you come to an idle you get a lovely rattle on the passenger side.

Above and behind the drivers seat: The sunroof can develop a rattle. The shims sometimes will slide around or the screws will work themselves loose. Really the only fix is to drop the headliner and check the screws. If you're getting a rattle from behind the drivers seat, the most common location is the rear deck. It begins to flex over time and can develop a rattle. If not the rear deck, then more than likely the latch the holds the split seats is to blame (if so equipped). Adjusting the latch mechanism can alleviate this rattle.

3) Steering wheel squeak. It's very common for the steering wheels to have a squeak as you operate them. Maybe not so much when driving above 20MPH, but when driving in a parking lot or maneuvering out of the garage it will very embarrassingly howl. Oiling of the upper and lower bearings as well as the slip ring on the steering column are the best way to get rid of it, but removal of the steering wheel is required to gain access.

For those that didn't already know, the M3 you're driving around in had the potential of being so much more.

In essence the Euro Spec and the U.S. Spec have less in common than they do differences. For one it uses a completely different motor - sure, it may be a straight six, but when you get down to it that is all the motors have in common. The Euro uses a different Engine block with a different cylinder head, it uses a dual VANOS system much like the E46 M3, and uses 6 individual throttle bodies, again much like the E46 M3. While the U.S Spec received what is basically a hopped up 325IS engine. If you want the power of the Euro Spec the easiest way to get there is Forced Induction. It may not be the cheapest route, but considering a decent Euro Spec is anywhere from 11k-20k and finding one is very difficult, spending 6k-8k on an FI kit really doesn't sound too bad.

While the US-spec engine is still a powerful and strong engine, it could have been so much more. A mixture of failing to comply with American emissions standards and it being a little too expensive for the American market warranted the need for an alternative vehicle that could be sold in the States.

In end the E36 M3 is just a car with a lot of common issues. But that still hasn't hindered it from being one of the best cars I've ever driven. Whether I'm driving down the street or across the state, it always seems to impress me in some way.

If you drive an E36 3-Series or E36 M3, are you having the same issues? What's currently on your to-do list?

About the Author: Tony Robinett

Tony lives in Spokane, Washington and is a 3-D Design Engineer, machinist, and welder. When he's not at work he is designing and fabricating parts for his M3, and other BMWs alike.