If you’re driving around in an E36 BMW M3, chances are likely that you will be a victim to the dreaded but ever-so-common Vanos failure, or noise from the Vanos unit itself. Symptoms of a worn out Vanos unit can include hesitation/loss of power below 3k RPM, higher fuel consumption, and/or a CEL with a cam position sensor code or a P1519 code which reads "Vanos Stuck." Removal of the Vanos Unit requires only a few hours of time, a few replacement parts and a few specific tools.

The BMW Timing tools are an essential if you are going to do this yourself. Baum Tools makes a kit you can purchase from an Ebay store, El Paso Tool Store for under $100.00. Or you can rent the tools from a few different places, the most popular being Dr. Vanos for only $35. I opted for buying my own set for ease of mind knowing I had the tools if I ever had to do this again. The water pump pulley holder is also found at the El Paso Tool store.

Along with tools you will need replacement parts:

To kick off the job you want to remove the fan and shroud first, it may seem like a pain, but it’s necessary to get the extra hand room you need. 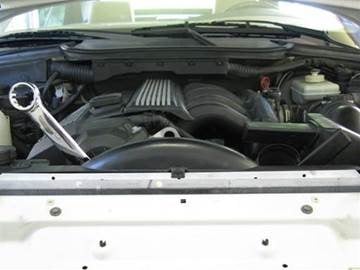 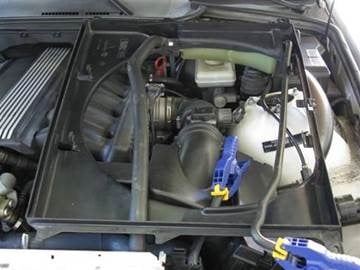 Removing the Vanos - Starting at the Top

At this point you should see your coils. 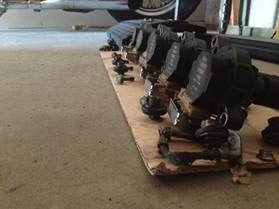 At this point you should see the exhaust camshaft on the left and a black cover on the right over the intake camshaft. 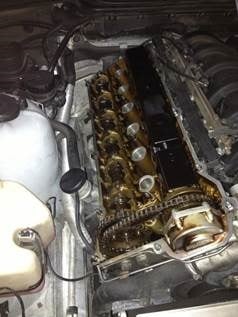 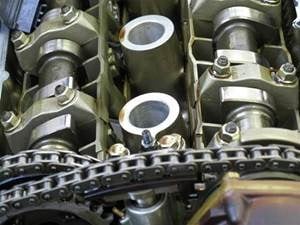 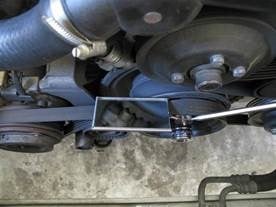 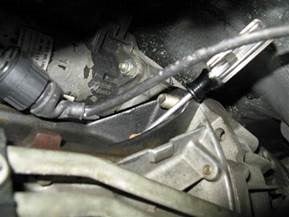 If the pin doesn’t go in or doesn’t lock fully, do not force it. I had difficulty getting it to engage fully; so I just made sure my TDC markings were aligned as best as I could, and that the squares on the ends of the camshaft were flush with the cylinder head surface. And I made sure not to bump or turn the crankshaft pulley. 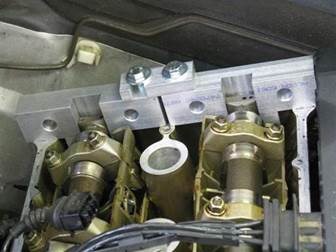 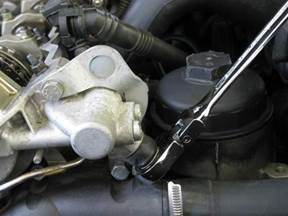 The pipe should lay down on the thermostat housing and hoses.

Be careful not to drop any bolts, work slowly, and place a rag or towel underneath the sprocket to catch any potential bolts. Then remove. 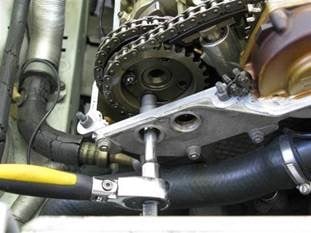 Install the pin underneath the chain. 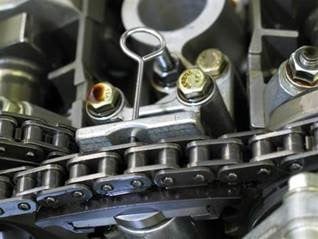 The first nut from the right and the second from the left were removed when the vacuum pipe was removed.

Wiggle the Vanos Unit forward, off the engine, while turning the exhaust sprocket clockwise.

The turning of the sprocket allows the chain to relax, which allows the intake sprocket to rotate and release the Splined Vanos shaft.

For the most part installation is exactly the opposite of the removal, but certain care should be taken at certain steps for a proper installation of the Vanos Unit.

The splined shaft will rotate slightly as it enters the sprocket, and will stop. 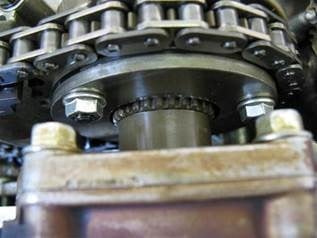 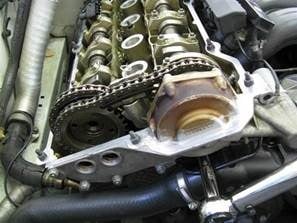 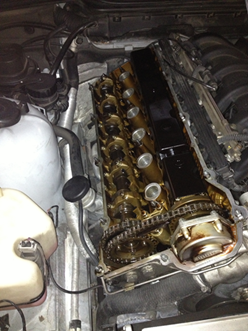 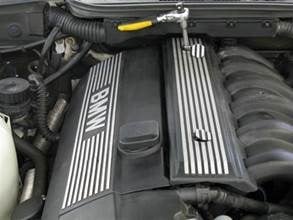 Before starting your car make sure all tools are away from the engine compartment. Make sure your car is back to the same way it was before you started. Look for my article on rebuilding a single VANOS unit in the upcoming weeks!

About the Author: Tony Robinett

Tony lives in Spokane, Washington and is a 3-D Design Engineer, machinist, and welder. When he's not at work he is designing and fabricating parts for his M3, and other BMWs alike.