I’ve been to plenty classic car shows that had sections devoted to my favorite marques, but I have never before seen so many ancient variations on a single brand until The Vintage visited my hometown this weekend. If your BMW isn’t rocking round (or popup) headlights, it’s probably too young for this show.

The annual event has been happening for a few years around the Winston-Salem, North Carolina area. This was the first time that the gathering happened in the Blue Ridge Mountains. 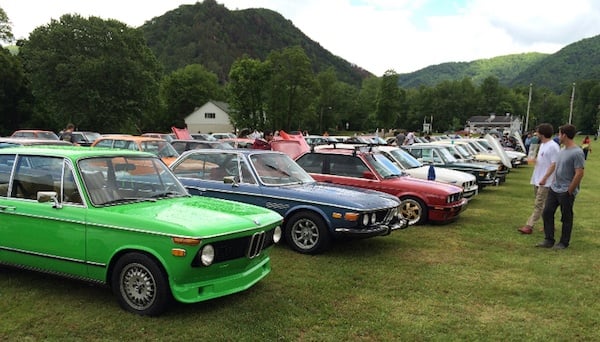 Having lived in Asheville for 9 years, I can say on good authority that the town has fun (or funny) relationship old BMWS. In fact, you hardly ever see any cars around town that are of the current model year, and the number of e28 thru e39 cars is probably the highest per capita of anywhere I’ve been lately. Around Asheville, you get bragging rights if your mountain bike or road bike cost more than your German car. Trust me, I’ve heard the conversation a few times over beers.

The other neat thing about this area is that it draws a lot of visitors who come just to drive. The town has a few onramps to the Blue Ridge Parkway, sits about 1.5 hours drive from Tail of the Dragon, and offers hundreds of miles of twisty mountain/country roads if you are okay with just getting little bit lost. So it’s not surprising that the event organizers decided to make Asheville their home base for the three-day gathering; but they actually hosted the Saturday show in the small town of Hot Springs, located about 40 minutes up a curvy road toward Tennessee.

I was giddy all week as The Vintage entrants started showing up early for the event. My normally boring afternoon after-school pick-up runs in the family e39 wagon turned interesting as I would see a couple 2002s in the oncoming traffic. Or the pristinely restored 1970s era 3.0 CSI from Maryland that passed me on the interstate (Hey, thumbs-up to you, too, buddy!)

I even looked into late-registering my beater e34 wagon with the primer-gray hood and the Duplicolor-maroon fender, but no, the main event had sold out a few days before. The Vintage topped out at 500 entries, a new high-water mark for the event. My car would have to watch from the parking lot across the street, but it promised to be a stacked show.

The morning of the event, the town’s roads were crowded with old BMWs: packs of series, and Ms, and 1600s and Bavarias were rallying the highways and backroads. I even saw one black e28 sporting what looked like fresh damage from an encounter with a ditch, heading in the direction of The Vintage. I had to find that car.

My son, myself, a friend and his boys hopped in my beater wagon, and drove up to Hot Springs to stare slacked-jawed at more old BMWs than I ever imagined could be assembled in my neck of the woods. The boys learned to count spark plug wires to determine if they were staring at a 4 or 6 cylinder engine. And the dads listened to a guy talk about how rather “easy” it is to fit a v12 between the fenders of just about anything. Man, I hope The Vintage comes back here again. 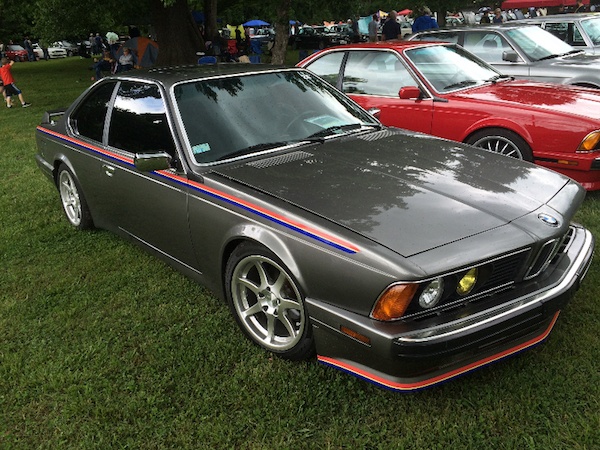 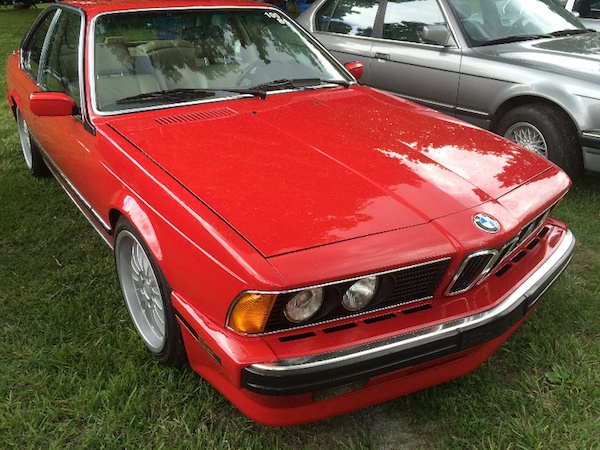 And just a few cars down the lineup, even older CSI cars! 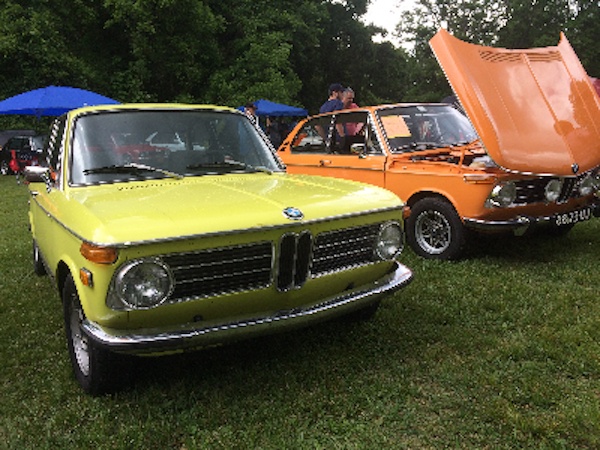 This e30 has more Euro Spec-ness happening before its front wheel arches than your last three cars combined. Plus some pretty awesome, funky wipers. 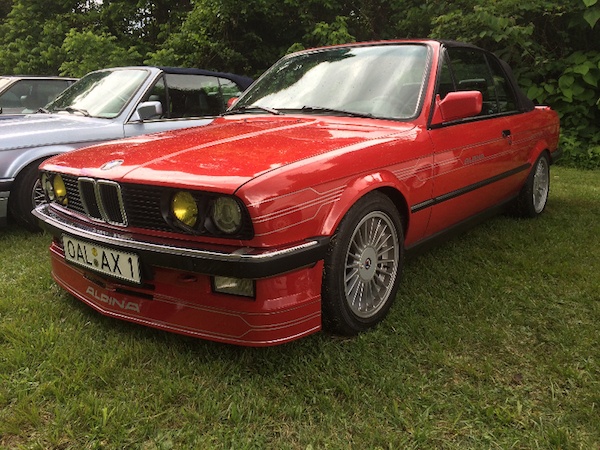 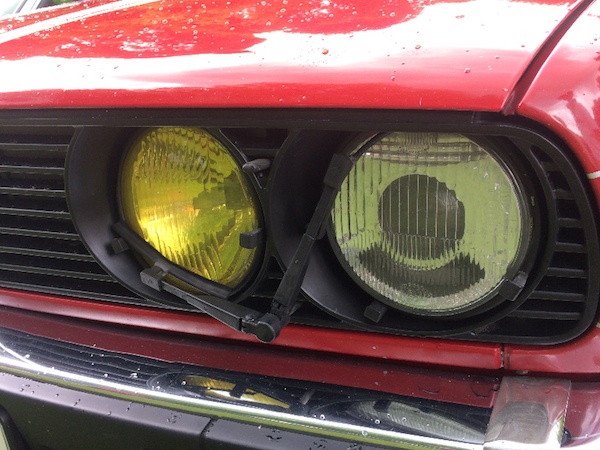 On the subject of e30 rareness, there were a few wagons... 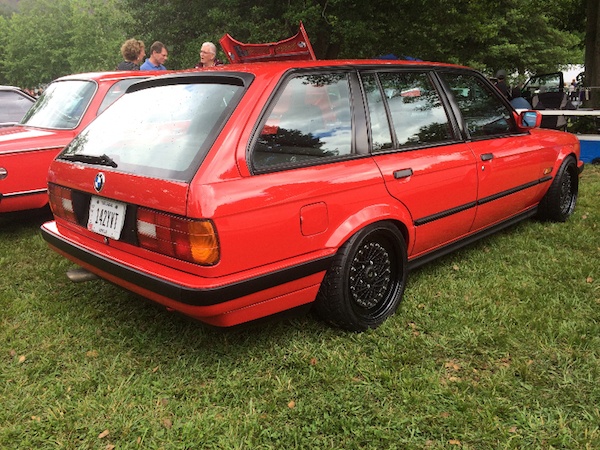 ...And a small sampling of early X-drives. 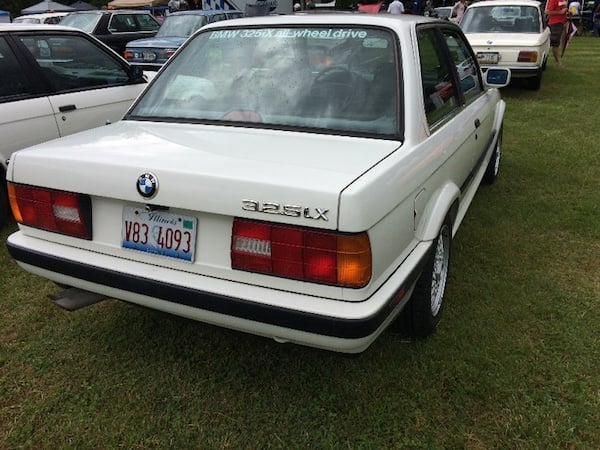 An entire section of the meet was devoted just to M-class cars. 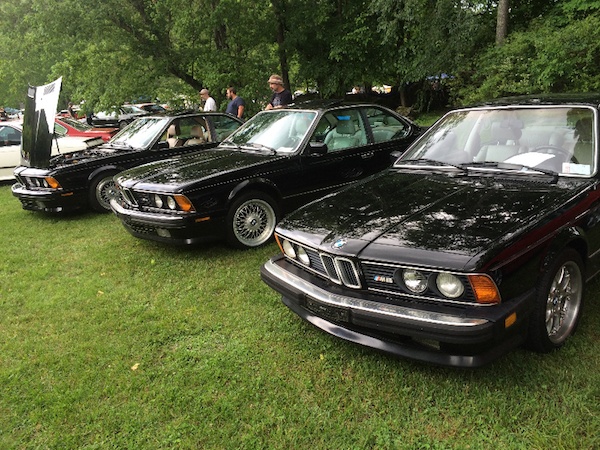 Never mind the stance, this one gets style points in Asheville for the roof rack. 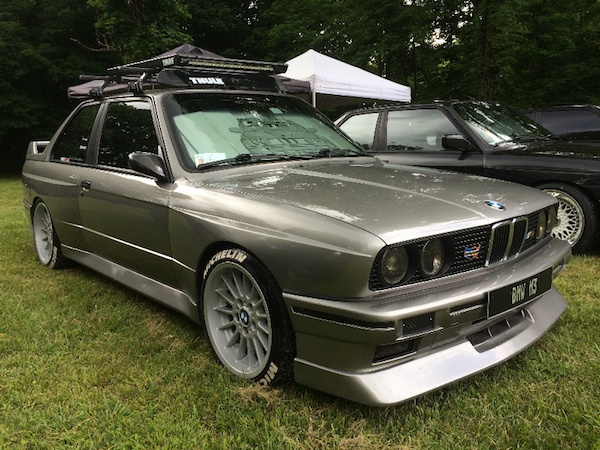 Talk about owning your mistakes... This owner turned what looks like a trip to the ditch into presentation dressing. Is there some sort of award for this? Well, there should be. 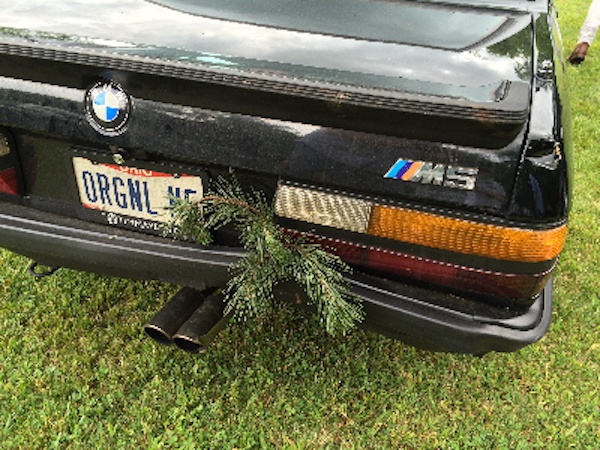 Nothing says "late-1980s period correct" better than these Kelleners Sport wheels, except for maybe a cassette in the dash blasting "Word Up!" by Cameo. (Google it, kids.) 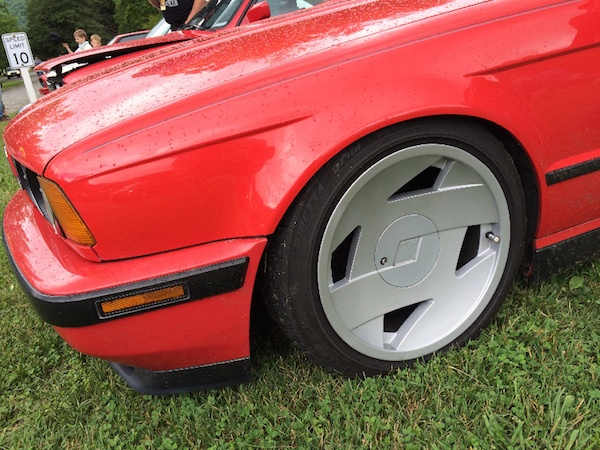 The main concourse showcased a selection of older classics and race-spec cars. 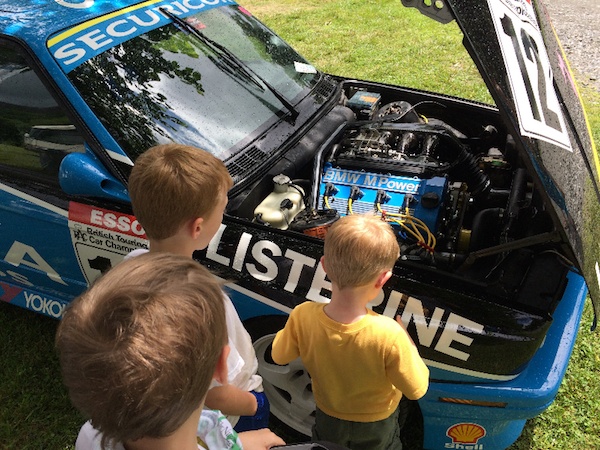 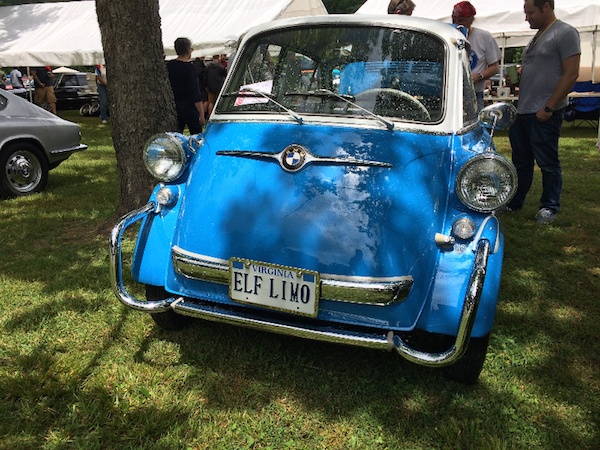 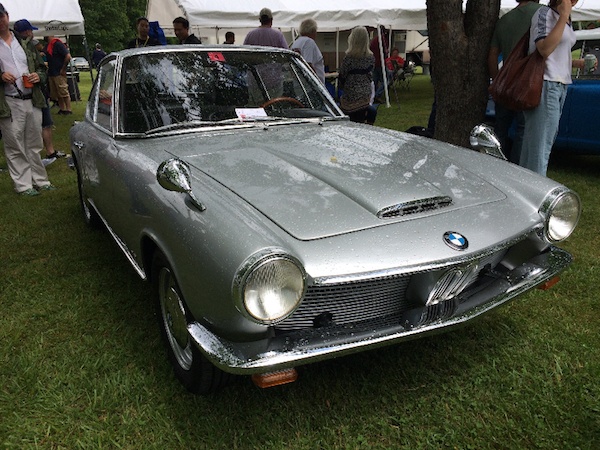 The large field is where the models got really scattered. It was like walking through a mall parking lot -- if ever there was a mall parking lot where you could imagine seeing an 850 M-edition parked next to this endearingly proud rust farm. 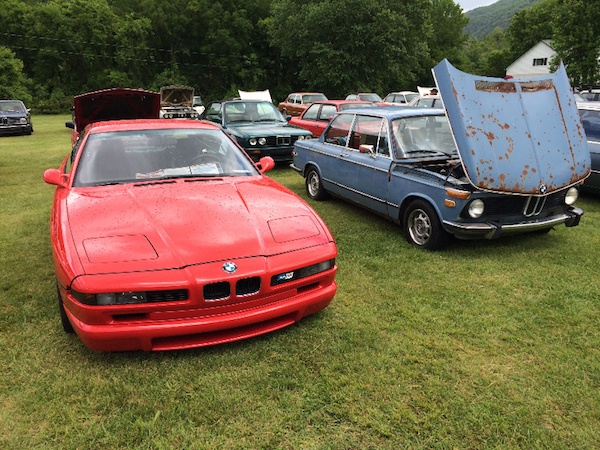 These guys wowed the crowd with a pair of sleepers: An e34 wagon and e28 sedan that had each received a V12 swap. 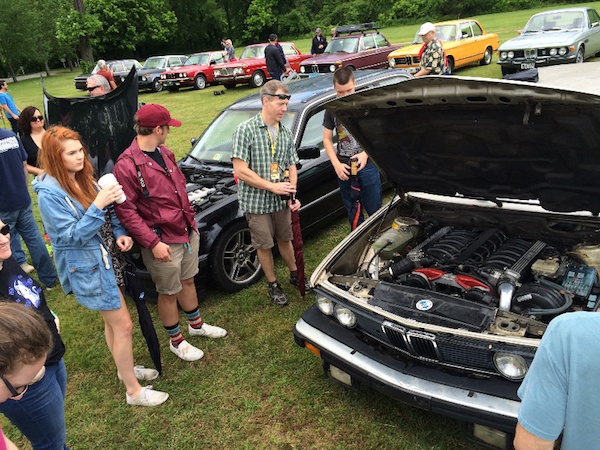 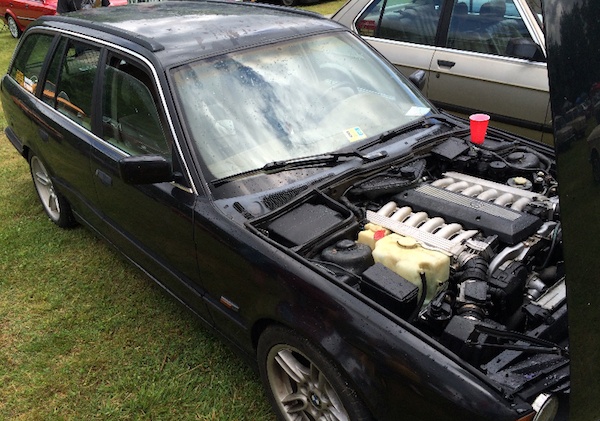 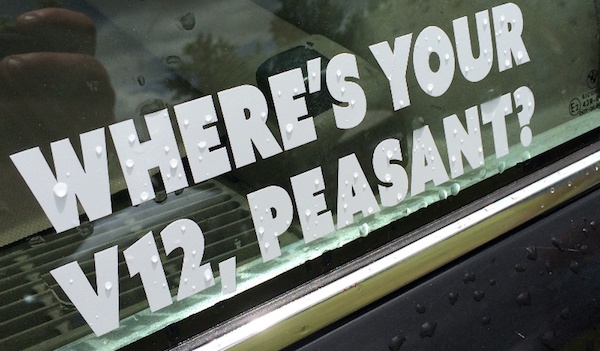 Another showstopper was this rebadged CSI that had been treated two a pair of turbos and a long list of custom fab work. 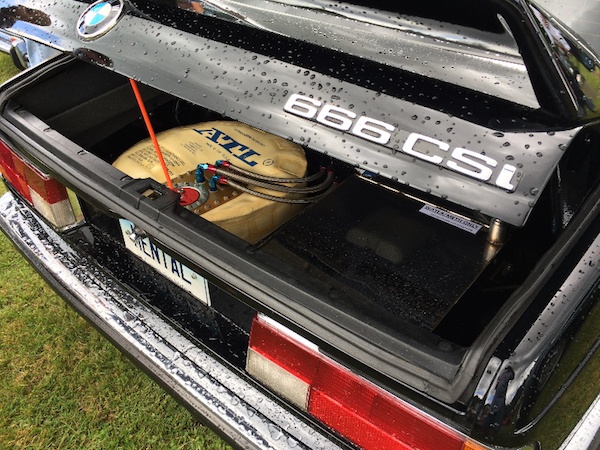 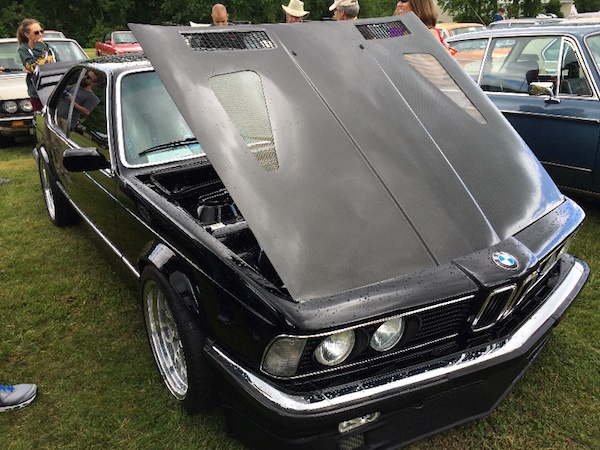 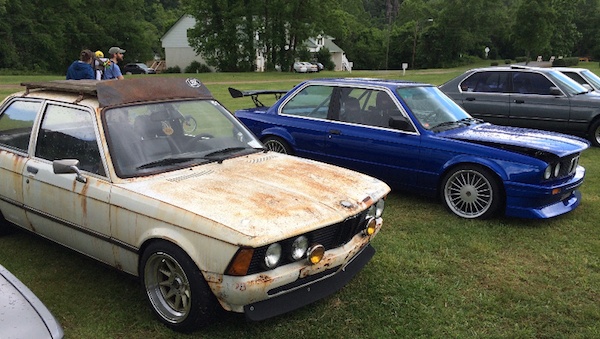 ...And just as I thought I'd seen everything and was walking back to the parking lot, my friend points this out: the rare (and ironic) hardtop for e30 convertibles. This was the first one that I have ever seen. 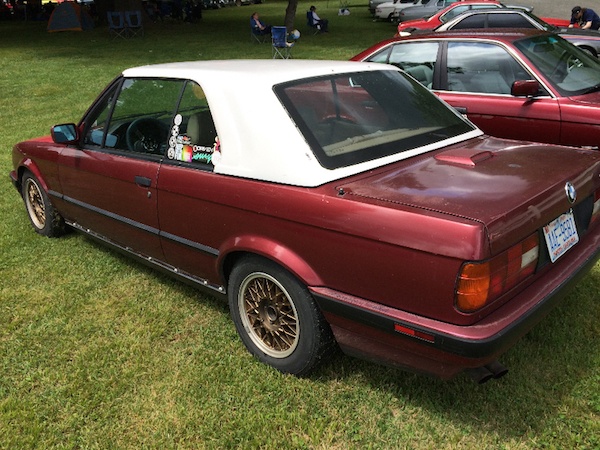 Such a great time.
See you next year, The Vintage!