Champagne Dreams: The Classiest E30 BMW 325i We've Ever Seen

She originally planned to build a wild hot-rodded BMW E30, but once Wendy Roy found this BMW 325i for sale in mint condition, she built her car into one of the classiest E30s that we’ve ever seen.

Wendy Roy is a woman familiar with building cars after having built a 1966 Ford Mustang Shelby GT350 clone back in 2001. She wanted to create something that wasn’t a clone but a hot rod. While searching for a new project on Bring-a-Trailer in early 2018, she found this 1987 BMW 325i. Why would someone who just built a Shelby GT350 clone want a European car anyway?

“In 1987 I went to my first car show with my dad, and it was the first time I saw a BMW E30 M3,” she recalled, “I instantly fell in love with the round headlights, black moldings, and boxy shape. It was a car that never was far from my mind whenever I bought cars.” 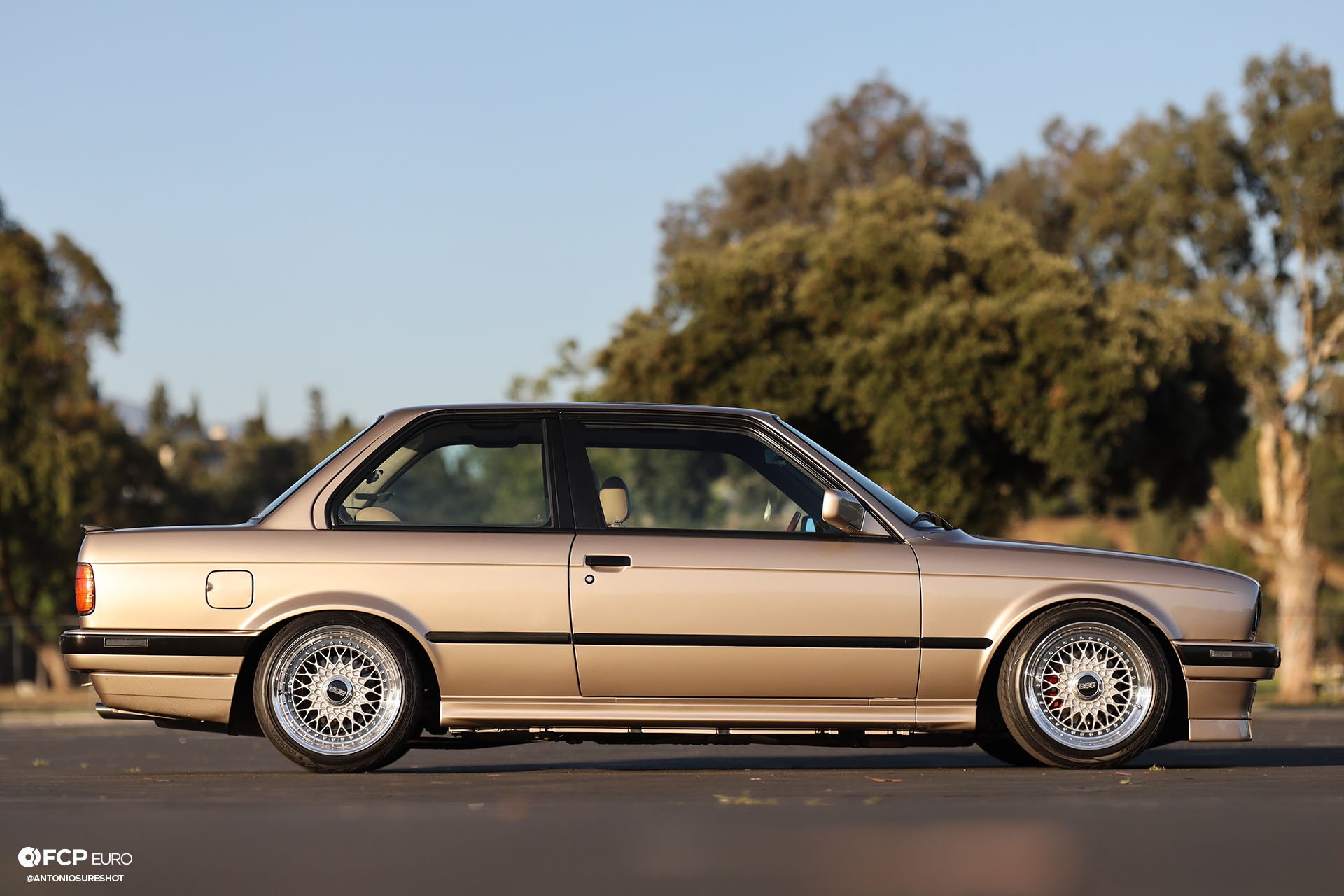 After placing the winning bid, the car was sent out to her, and immediately she began thinking about what to do with it. It was going to be a restomod, something fun but still retaining the looks of a proper E30. The car would have touches that reflected Wendy’s character. Upon arrival, she inspected the car as it was bought sight unseen. It was as promised: a clean, unmolested car that the owner took care of.

Save for one thing, “The only thing that really nagged at me was the poor-quality paint job done many years ago that left overspray on nearly every piece of molding,” she said, “Here I was having custom BBS RS wheels built and upholstery sewn, but the paint just didn’t cut it. I ended up having a full windows-out/trim off repaint done which I hadn’t originally budgeted for.” 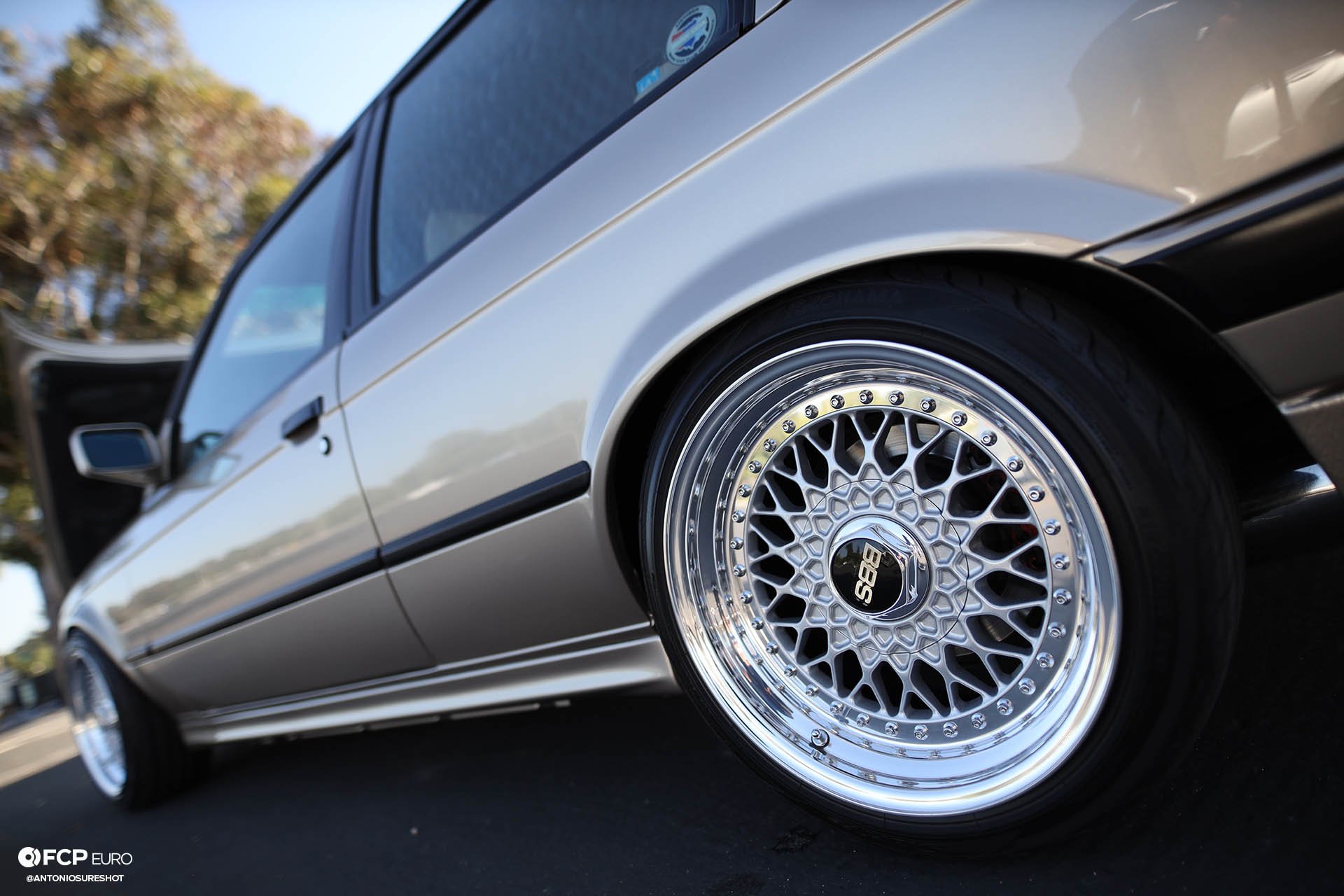 Those BBS RS wheels are 16x8 up front and 16x9 in the rear with a set of Yokohama S-Drive tires fitted to them. 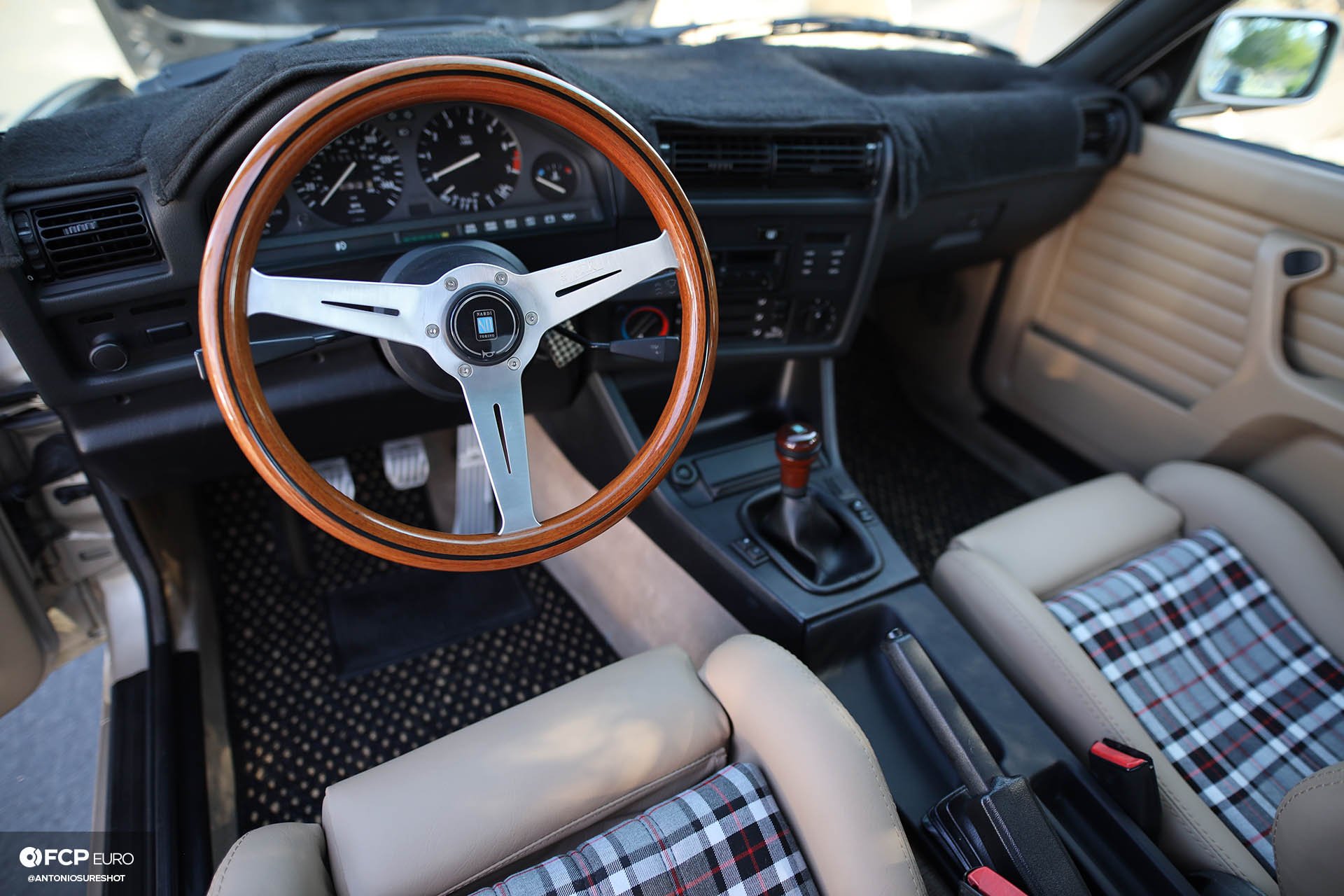 Yes, you read that correctly. Wendy had the car stripped down and resprayed properly. This is the type of build she is known for. Nothing is left untouched, and if there is a new or OE-style replacement part for it, it’s getting replaced with those parts. That’s not to say there aren’t custom touches, again, she wanted a restomod–not a Concours or full-on restoration. Inside is a classic Nardi Torino wooden steering wheel, matched with a Nardi wood-trim shift knob.

On the floor are a set of Coco Mats with AC Schnitzer pedals. “I feel that doing all the small details right,” Wendy explains, “from replacing interior door handles to the things that people don’t see (like the rare exhaust bracket) sets it apart.

My vision was never to overbuild the car to such a point that it wasn’t drivable.” We should note that the car originally came as an automatic, but the owner before Wendy’s purchase did the conversion to a manual. Even so, there were parts she still needed to gather.

If the meticulously clean seats remind you of something, they are inspired by the tartan design seen in many Porsche cars with a trim color matching leather upholstery. It was all down to that Kaschmirbeige exterior color the BMW E30 came in.

Again, it’s an aesthetic that matches both Wendy and the car itself. That’s not all, if you’re a BMW aficionado then you know the “i” didn’t come with sports seats, either. She had to source those out along with the door handles and several other small but important parts of the interior to meet her standards. 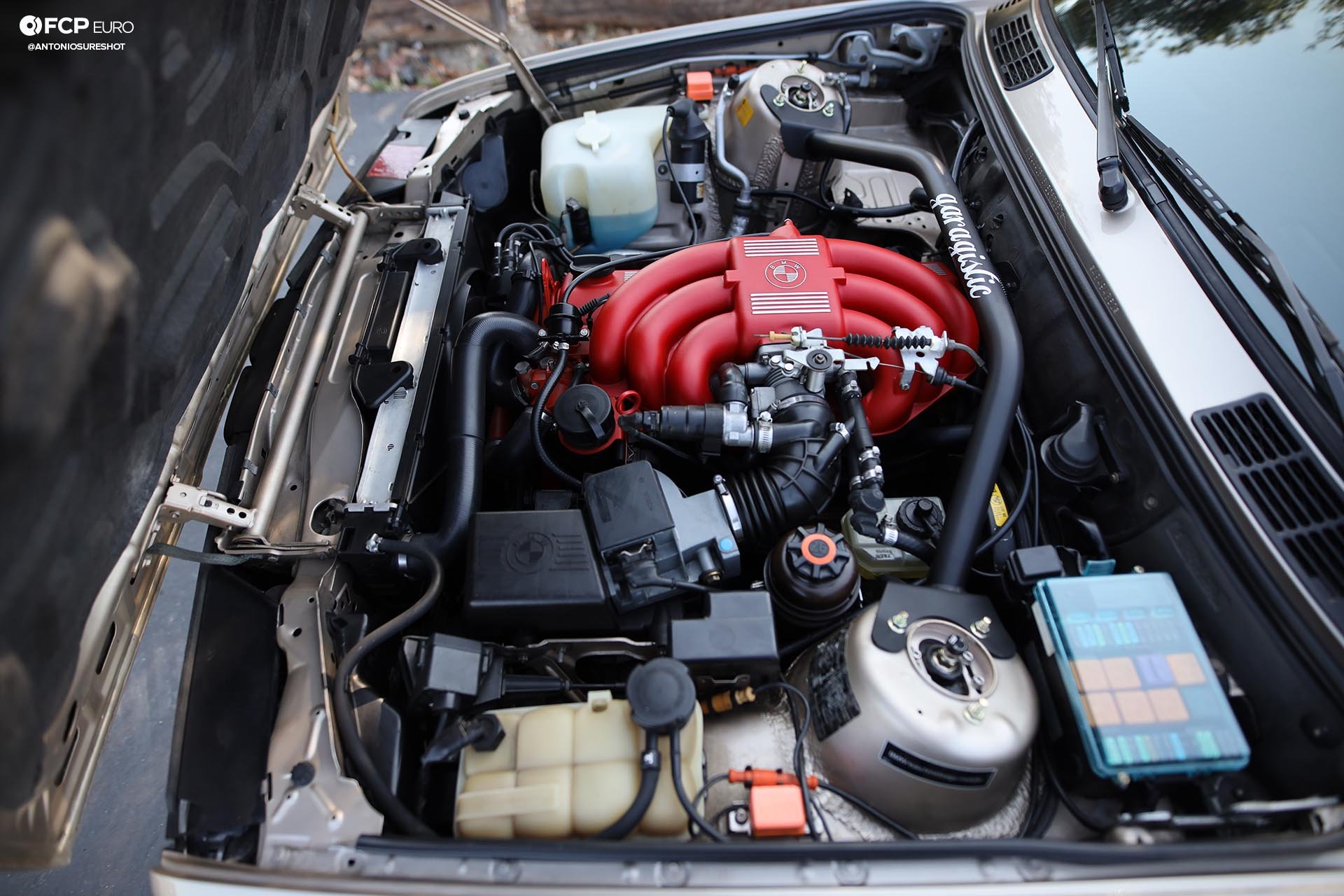 Under the hood resides the original M20 2.5-liter inline-six. That wasn’t enough for Wendy, so she took it to Greg Chichoyan to have it rebuilt and add some slight touches.

The block was stripped of all its parts, and they were all hot-tanked as well as honed for a full deep cleaning. Afterward, the block's exterior surfaces, oil pan, cooler housing, and intake were all powder-coated in a mix of Illusion Red hue on some parts and Goldtastic on others.

The head was resurfaced and given a mild port and polish, as well as the valves and their seats re-ground for a proper seal. Everything was then buttoned back up with new seals, gaskets, O-rings, and OEM BMW bearings. As if that wasn’t enough, even the Mass Air Flow (MAF) sensor was rebuilt and recalibrated, and the exhaust manifold was coated in Cerakote. This was all tuned with a Racing Pros performance chip.

Underneath the rear trunk lid, she still has the factory BMW toolset in its plastic holder. 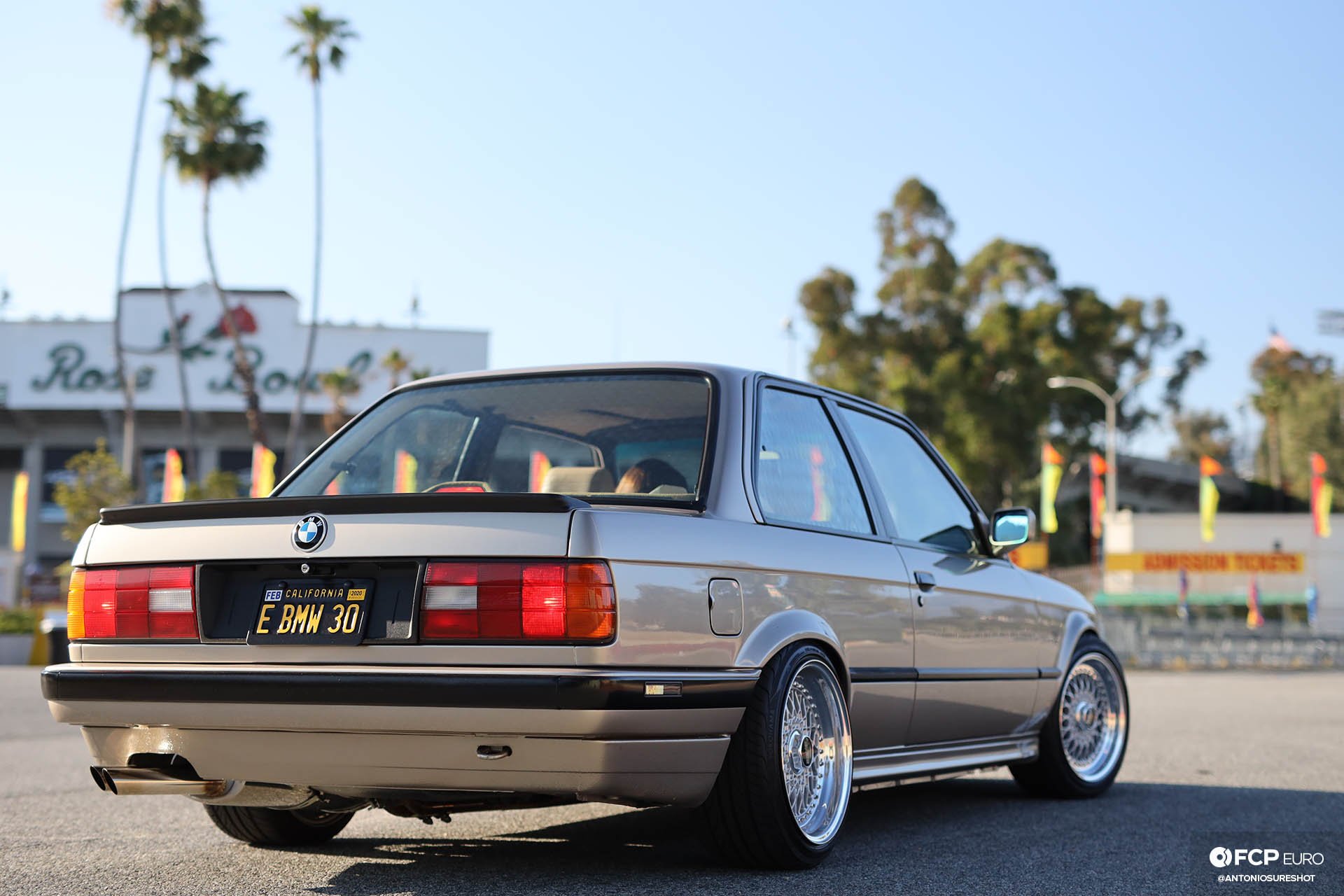 The Ireland Engineering stainless exhaust system looks amazing underneath the car, with its side-swept dual exhaust pipes. It was relatively easy to deal with except for one issue. Since this was originally an automatic, it didn’t line up with some of the supports. It came down to a month-long search for a very-rare support bracket that Wendy eventually found in the UK. There are other details that eyes will never lay on, either.

With a set of BC Coilovers, Wendy knew the ride wouldn’t be right without changing to a set of Powerflex urethane bushings on the control arms, tie rods, rear trailing arms, and subframe bushings. The Guibo–the rubber driveshaft flex disc–and support bearing were both replaced on the driveshaft. 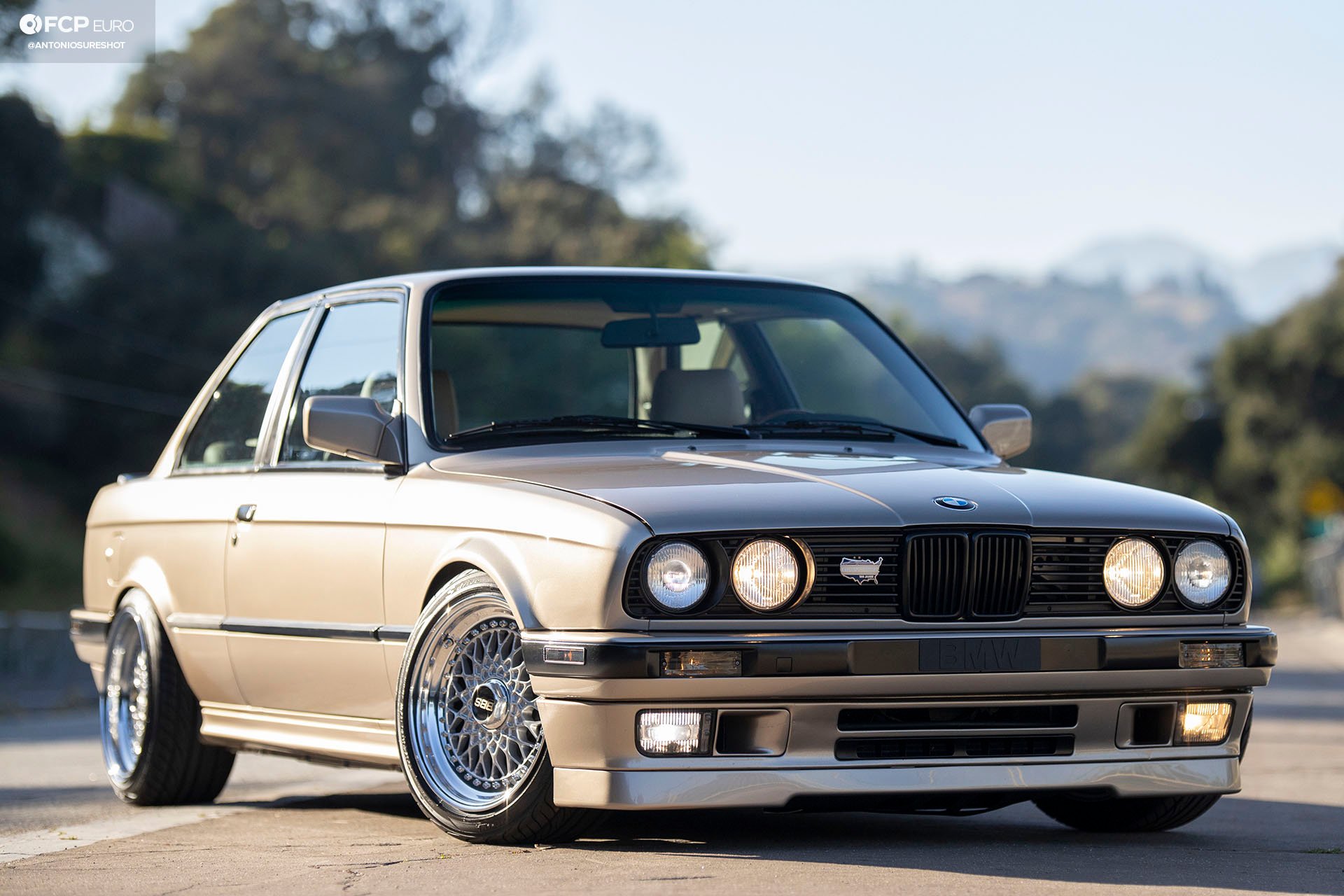 She also had to find the 325is side skirts, front lip, and rear spoiler to match the sporty look she wanted. “My greatest strength is my attention to detail and things that aren’t just right tend to keep me up at night. A lot of car hobbyists neglect what’s under the hood that you can’t see while focusing on the cosmetic details only,” she explains. “Nearly every component has been replaced or retrofitted on the E30.” 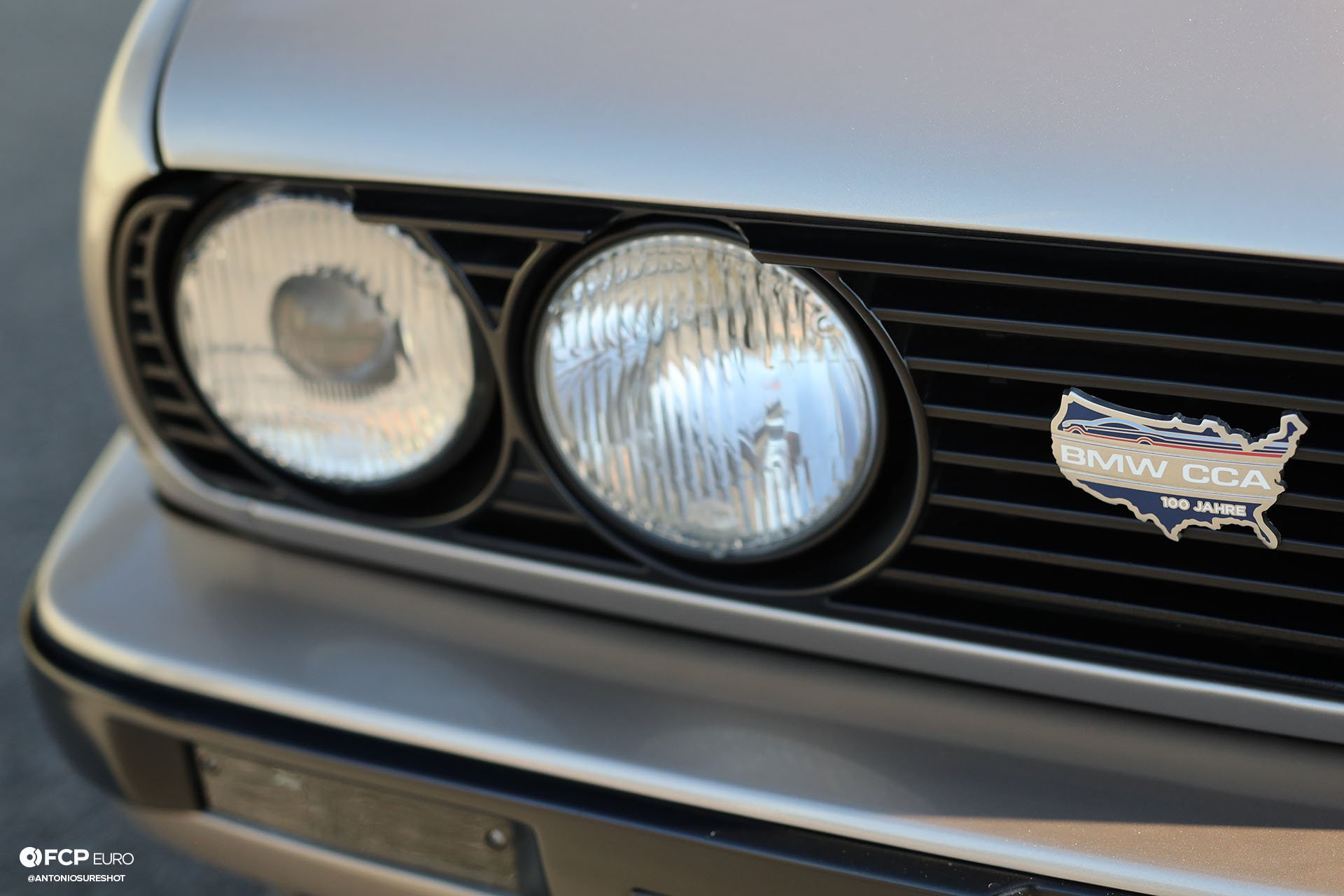 It's that attention to detail that makes this car special and attention worthy. It’s won trophies at Bimmerfest West for Best in Show, Modified Non-M, and Best Female Owned. It’s been featured in BMWCCA’s own Roundel Magazine. The list will probably go on for quite some time after this. While that’s great, these acknowledgments aren’t the reasons why she builds, “The thrill of the build has been acquiring some of the harder to find pieces,” Wendy explains, “I wanted to build a car that was reliable, drove well, and maybe turned a few heads at a Cars and Coffee gathering… I wanted to feel that same thrill of a build again.” 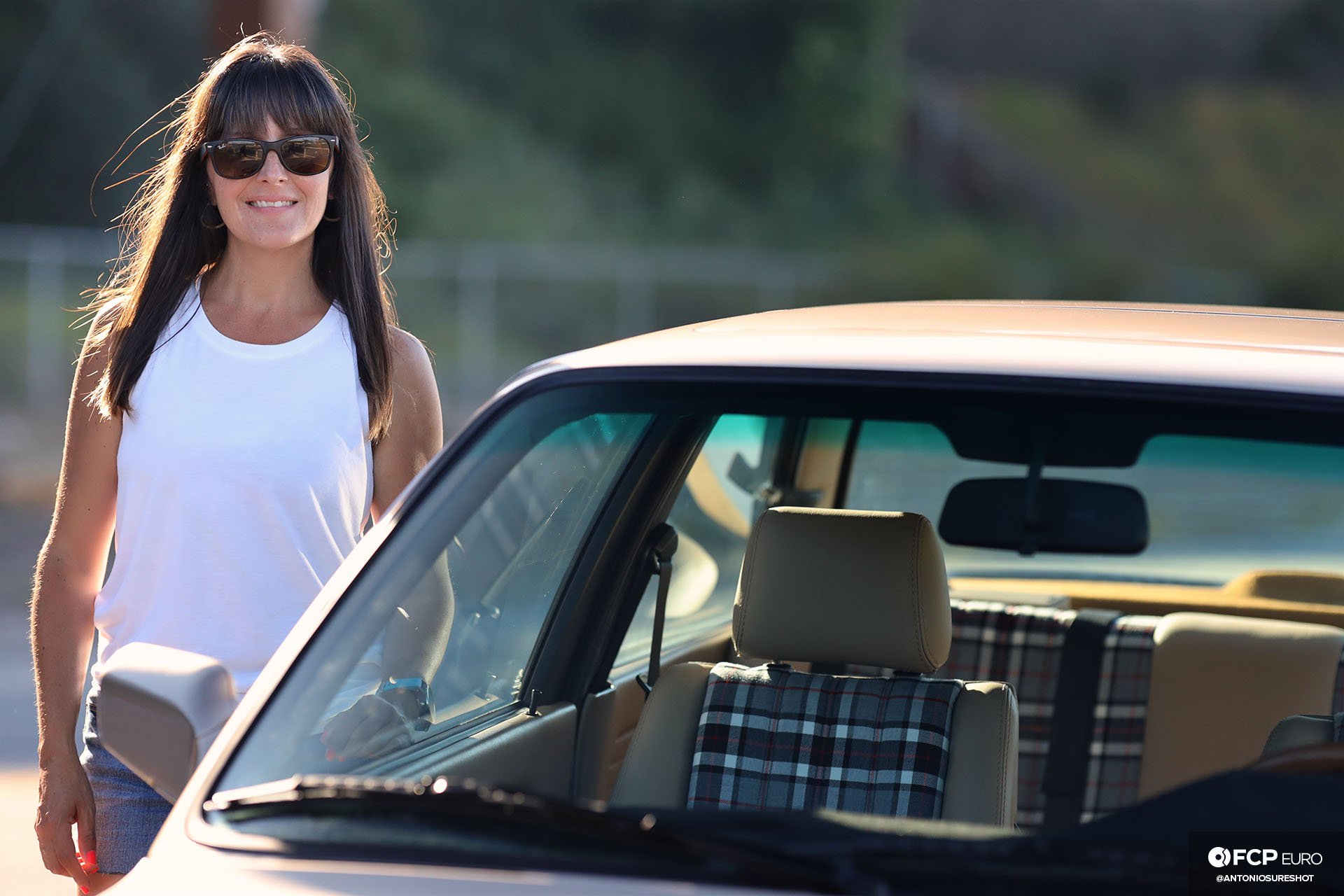 We can tell you that if Wendy Roy builds another Euro-car just like she has with this E30 325i, we’re certainly looking forward to seeing and featuring it as well. With this much attention to detail, it’s hard not to deny that she’s going to create something special if she does. For now, Wendy’s enjoying her E30 as it fills the hole between her E36 M3 and Porsche 991 Carrera 4S.

If you like Wendy's BMW E30, you can find additional BMW-related content at bmw.fcpeuro.com, as well as more build features like this one, here. If there's anything specific you would like to see, or if you have any questions/comments, leave them in the comments section below. 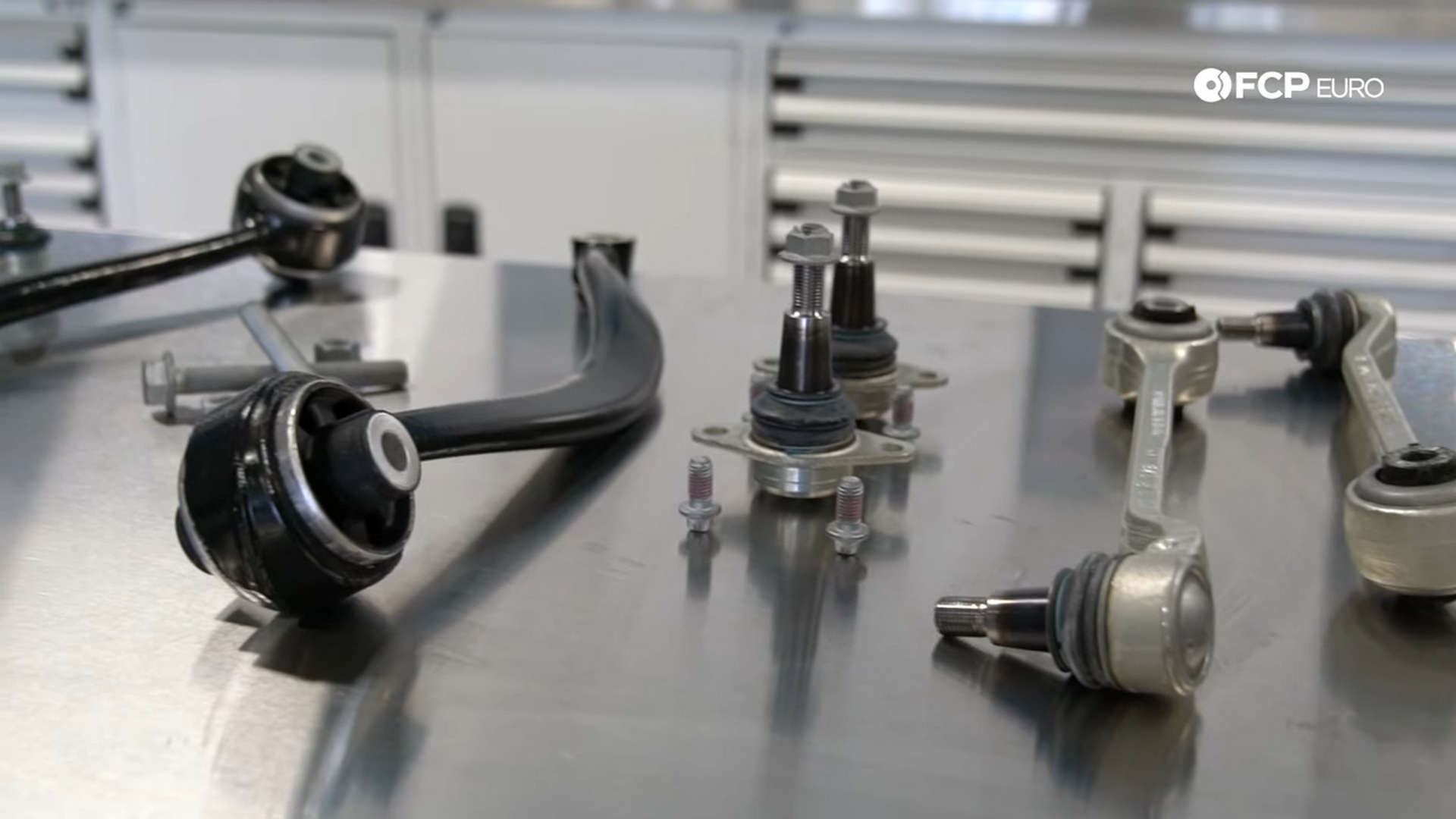 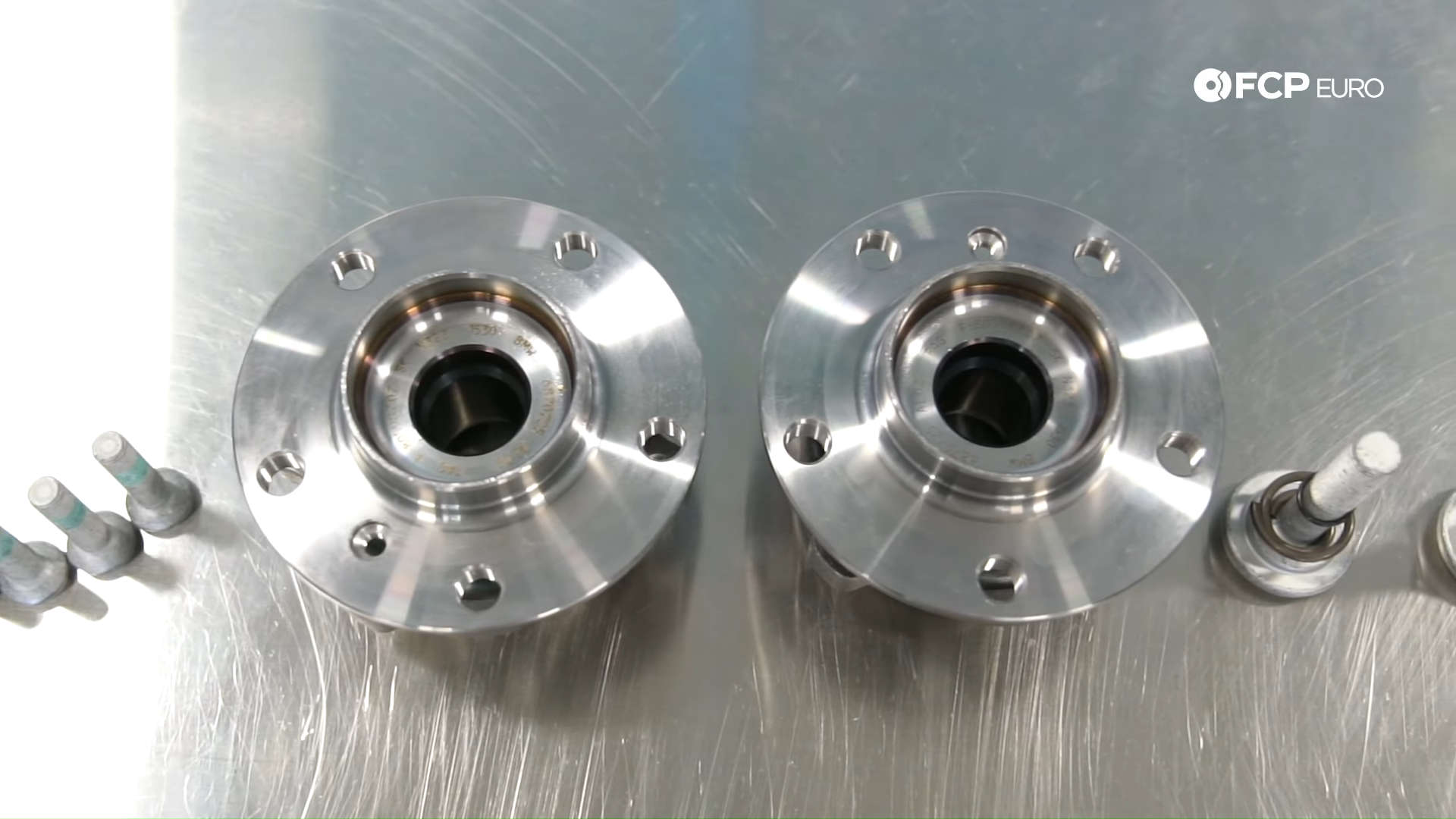 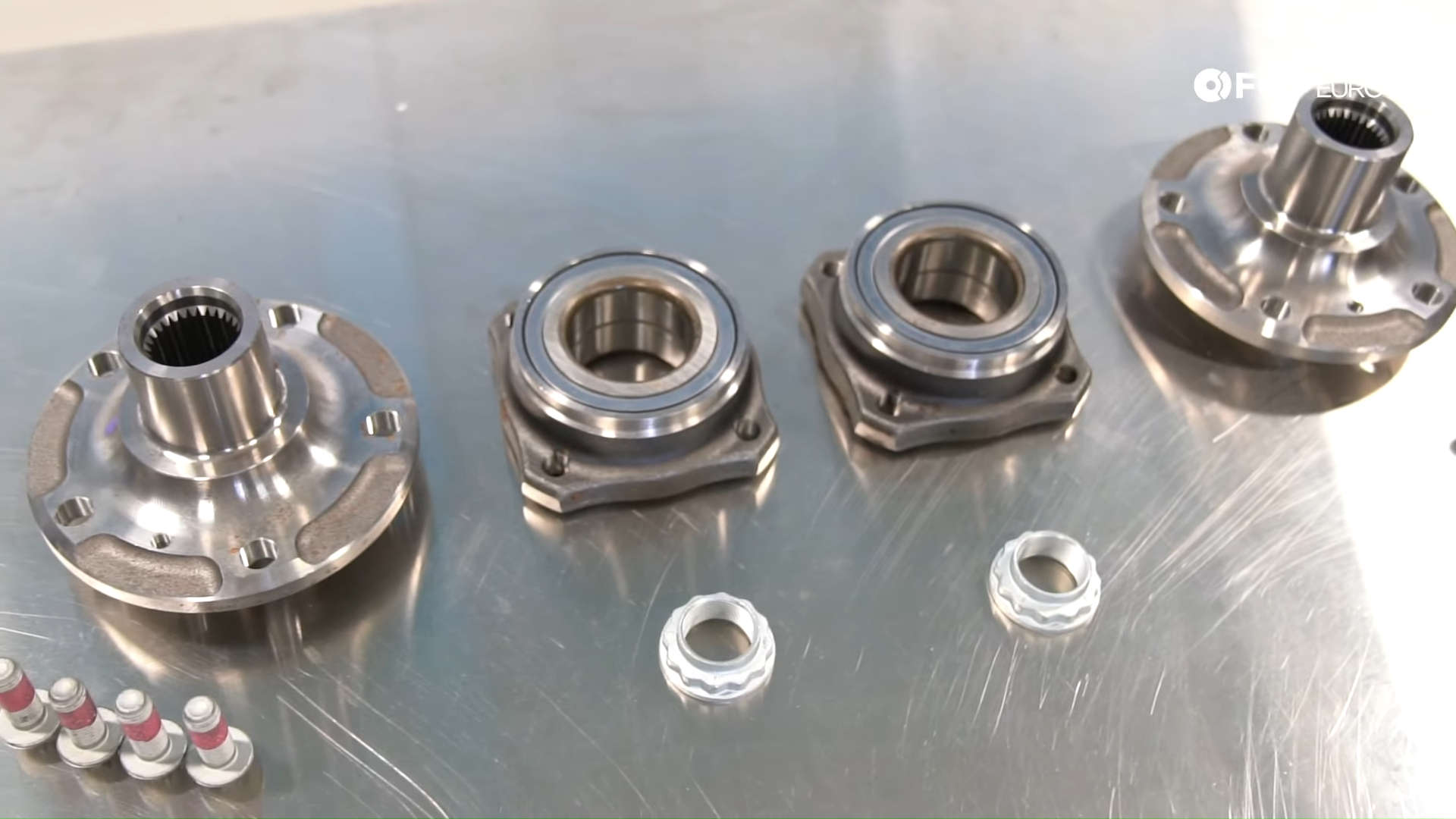