Don’t Fear the Rover: 5 Realizations From My First Time Working on an LR3

I admit that I have had a fascination with Land Rovers. Though I have never owned one, I constantly search them on Craigslist. I have a few logins to the forums. And I have done enough homework on the Discovery to come close to buying one—but the mechanical horror stories always stop me. 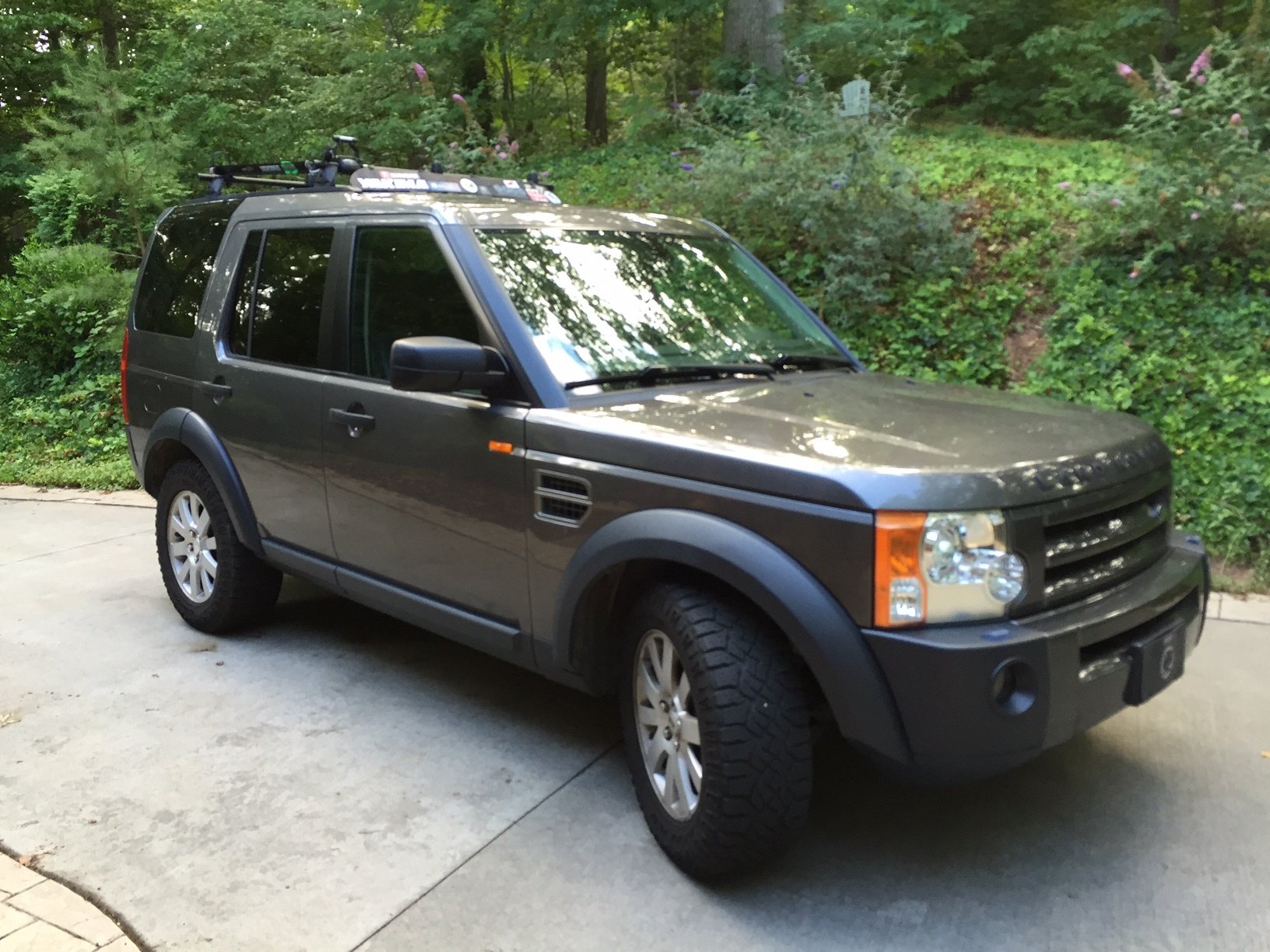 But a couple weekends ago, my friend brought over his one-owner 2006 LR3 for some maintenance. I offered to help him change the spark plugs, air filter, cabin filter and do an oil change (those DIY articles are coming). This was the first time I ever turned a wrench on a Rover product, and what I found was far less scary than I expected.

Here are a few of my initial takeaways from the experience:

1. Rather friendly to work on. Want to change the oil? Raise the suspension all the way, and climb underneath. Want to change plugs? Drop the suspension, and reach all the way to the back of the engine, with no problem. (Caveat: I’ve heard that the transmission filter is an absolute nightmare to replace. We did not tackle that.) The engine bay feels like a mix of my old 1989 Jeep Wagoneer with design elements of my 2000 BMW 528i. Everything was where you would expect. Nothing was out of place. It used all standard fasteners.

2. No legendarily disastrous Rover V8 under the hood. The LR3 comes from the era when Land Rover and Jaguar were both owned by Ford. So unlike the Discovery, this vehicle received the same engine as the Jag. I have zero experience with that engine, but it doesn’t have the same reputation for eating head gaskets that the old Rover V8 does. So that’s a plus.

3. I did not see the word Lucas. Here’s a joke: Why do the Brits eat soft bread with their breakfast? Because their toasters were made by Lucas! OK, we all have heard the horror stories of British electrical systems, so I was surprised to see the word “Denso” all over the engine bay, from the MAF to the spark plug connectors. That’s the same company whose electrical components filled the engine bay of my trusty old 2002 Camry. Granted, my friend has had problems with getting software updates over his LR3’s lifetime, but I’ll take Denso systems (even the ECU is Denso) over Lucas or Bosch any day.

4. The cooling system looks simple enough. One of my pet peeves is how overly complicated cooling systems have become. My e39 is bad enough with its miles of coolant hose. And many mid-2000s engines started using electric water pumps. The LR3 uses a mechanical pump, and the routing of the hoses seems pretty logical. It all feels very 1995. Even the thermostat is in an apparent and serviceable location.

5. LR3s are finally becoming affordable for cheap-asses (such as myself). I understand that I’m oversimplifying the LR3 here, but it really was a fun vehicle to work on. It got me thinking about ownership. And I started lurking around Craigslist. These vehicles are finally getting down to 2nd and 3rd owner price levels. They will not be affordable to maintain through high-end mechanics (The local dealer quoted my friend about $800 for the same service we did on his LR3 in my garage. Yes, for the price of a new riding lawnmower or a new refrigerator, the Rover Dealer would throw two filters, eight spark plugs, and about seven quarts of oil at this truck. Just imagine if something had actually broken.) This is where DIYers come in. If these Rovers can keep their head gaskets in place and their headlights burning, I might consider owning one someday.