A combination of imitation and competition between auto manufacturers has bred some of the best cars of all time. As certain cars become benchmarks, auto manufacturers and marketers take aim at their competitors, seeking to attract customers to their brand and respective models. Those in the industry of reviewing and writing about cars further this culture of comparison by pitting cars against each other to declare a victor, sell some magazines, and for the manufacturers, hopefully, sell some cars. But beyond the numbers, there are the intangibles, there is the vibe, there is the "what does this car say about me as an owner." What if you've never owned a European car and want to get it right the first time?

The cars below represent some of the most-drawn comparisons from America and across the pond. 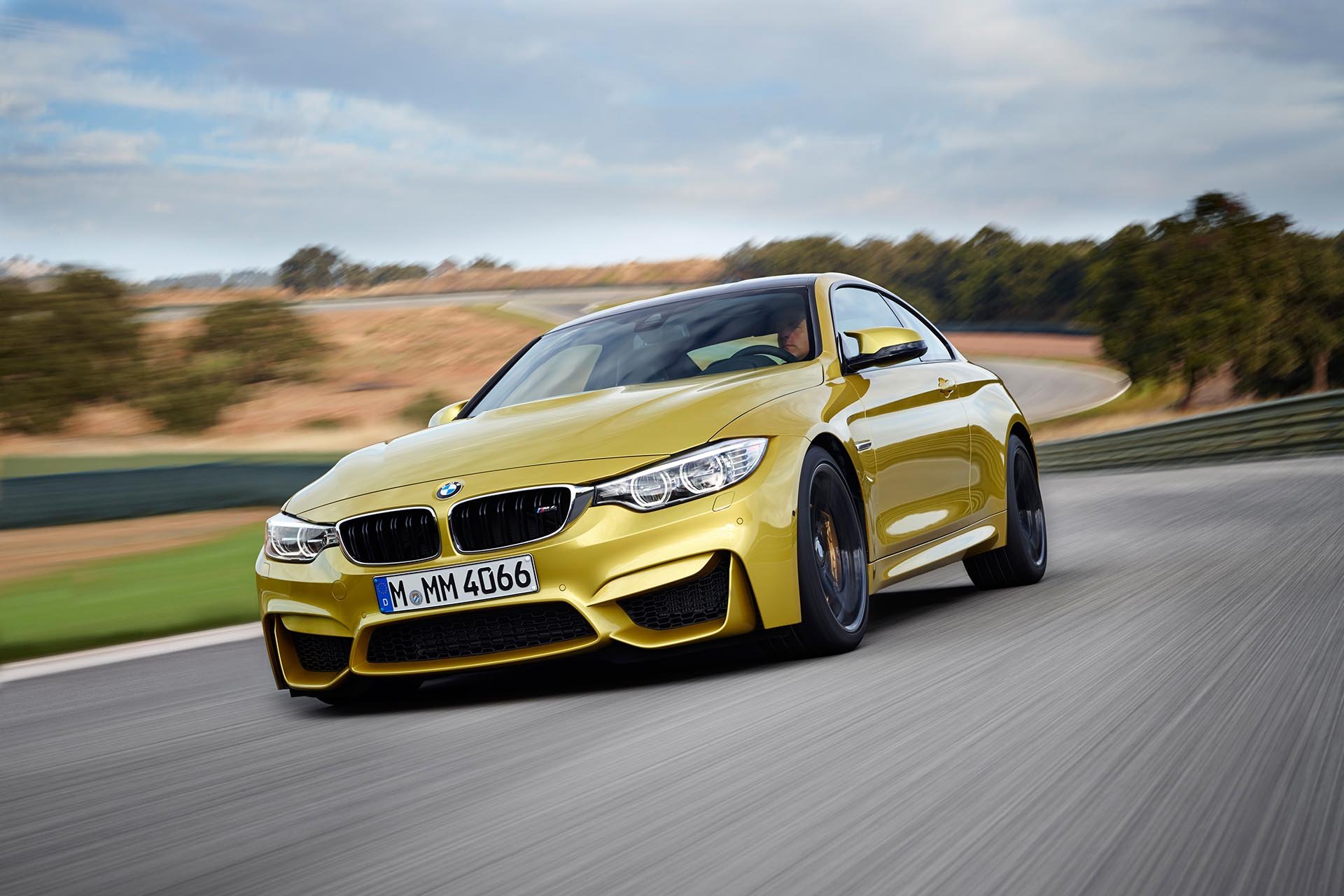 The Ford Mustang has always been more than a muscle car, and the BMW M3 (now M4) has always been more than a European sports coupe. The Mustang manages to walk the line between American pony car, drag racer, road racer, and boulevard cruiser better than any other American model, and the M3 manages the same balancing act. It's one of the most accessible rear-wheel-drive, aggressive, sports-coupes on the market. It also has that feeling that it might punch you in the face if you look at it the wrong way. I know more than one M3 has been lost to throttle lift oversteer on a wet highway cloverleaf, and I'm sure the Mustang is the same. Not saying anything about M3 or Mustang owners, but the car itself has a vibe. 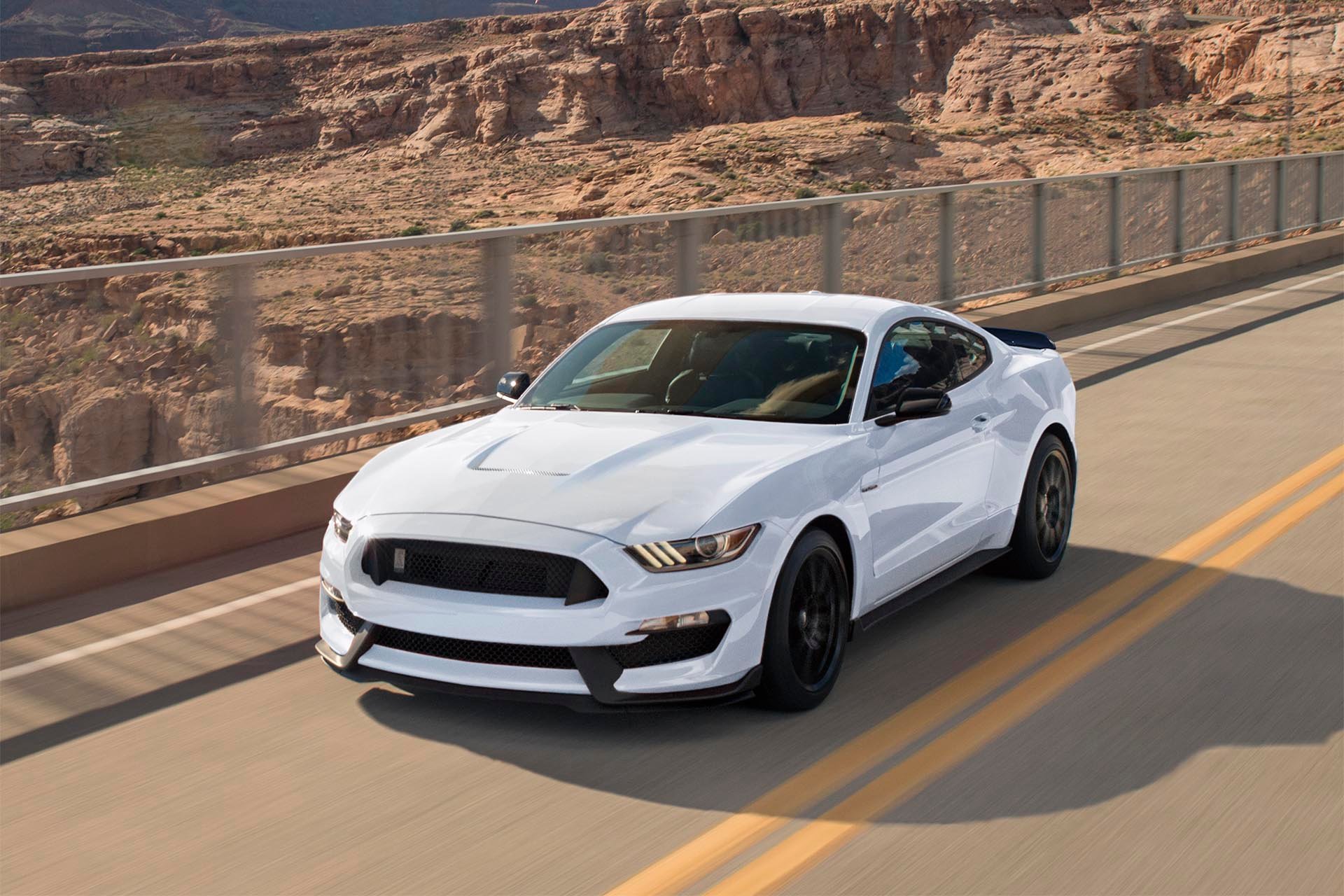 In terms of performance, both the Mustang and M3 have generally kept pace with one another over the decades. For example, the 2020 Mustang GT features a 5.0 L V8 making 460 horsepower and 420 lb-ft of torque, while the 2020 M3/M4 makes 425 to 444 horsepower and 406 lb-ft of torque. The Bavarian bomber makes a little less horsepower, but can deliver slightly faster 0-60 times, logging the acceleration run in 3.8 seconds compared to 4.1 seconds for a similarly equipped Mustang GT, according to Car and Driver. 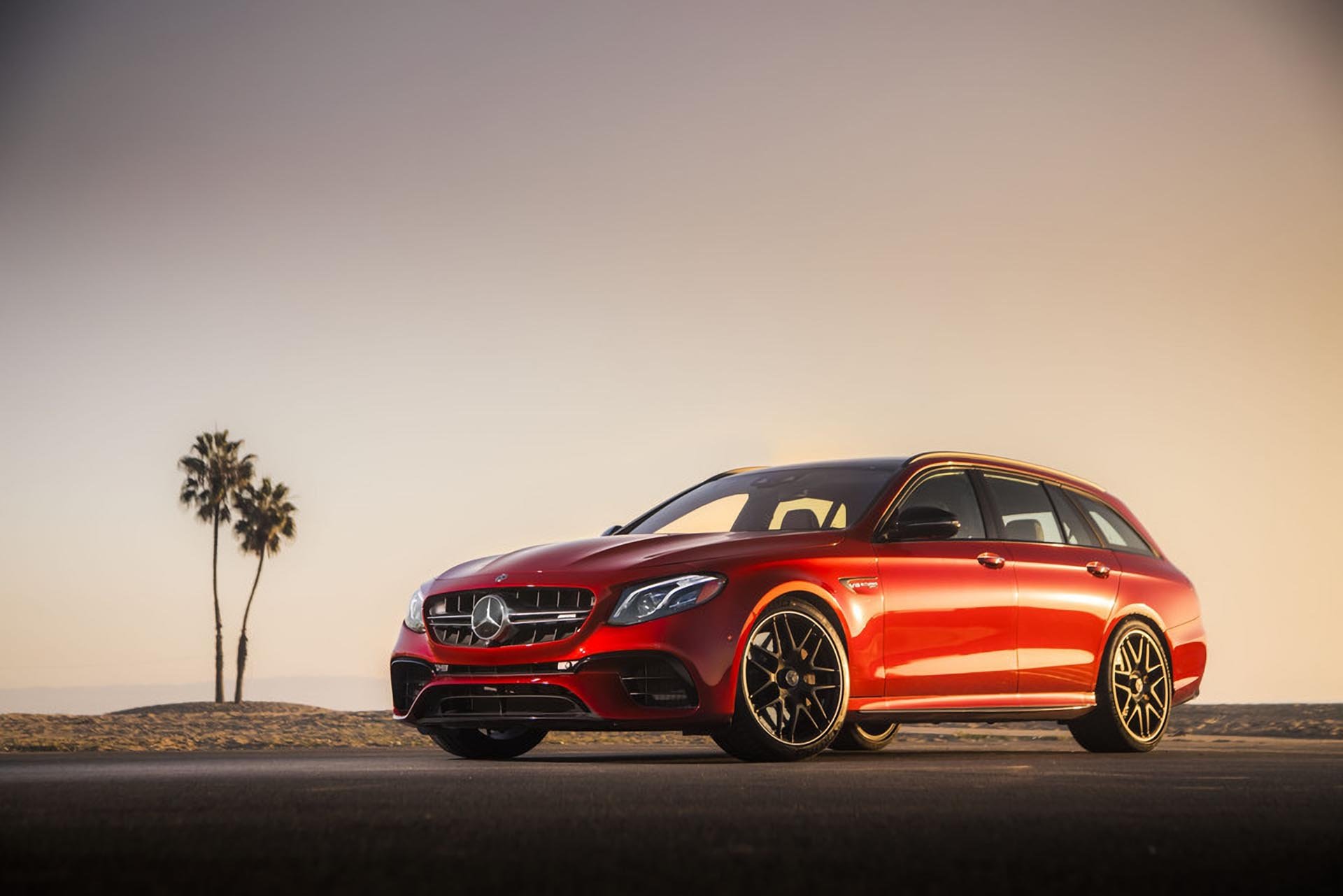 Cadillac has been GM's top-line luxury brand for decades, and although it lost its way for some time, it returned to form in the 2000s. The CTS, which replaced the confusingly marketed and relatively unloved Catera, was just the thing that was needed. Just like the Cadillacs of the past, the CTS and specifically the CTS-V is about power and grace. There is no European brand that does power and grace better than Mercedes Benz and their big-body AMG line up. It's worth stating that when we say power and grace, it's not in the same way that an Audi RS6 might have power and grace. With the CTS-V, and of say, an E55 AMG, they both cradle you in a pocket of comfort and luxury, while also offering the ability to turn the rear tires into smoke and dust with the mere press of the throttle pedal. They both also have had Wagon options over the years, which is pretty cool. 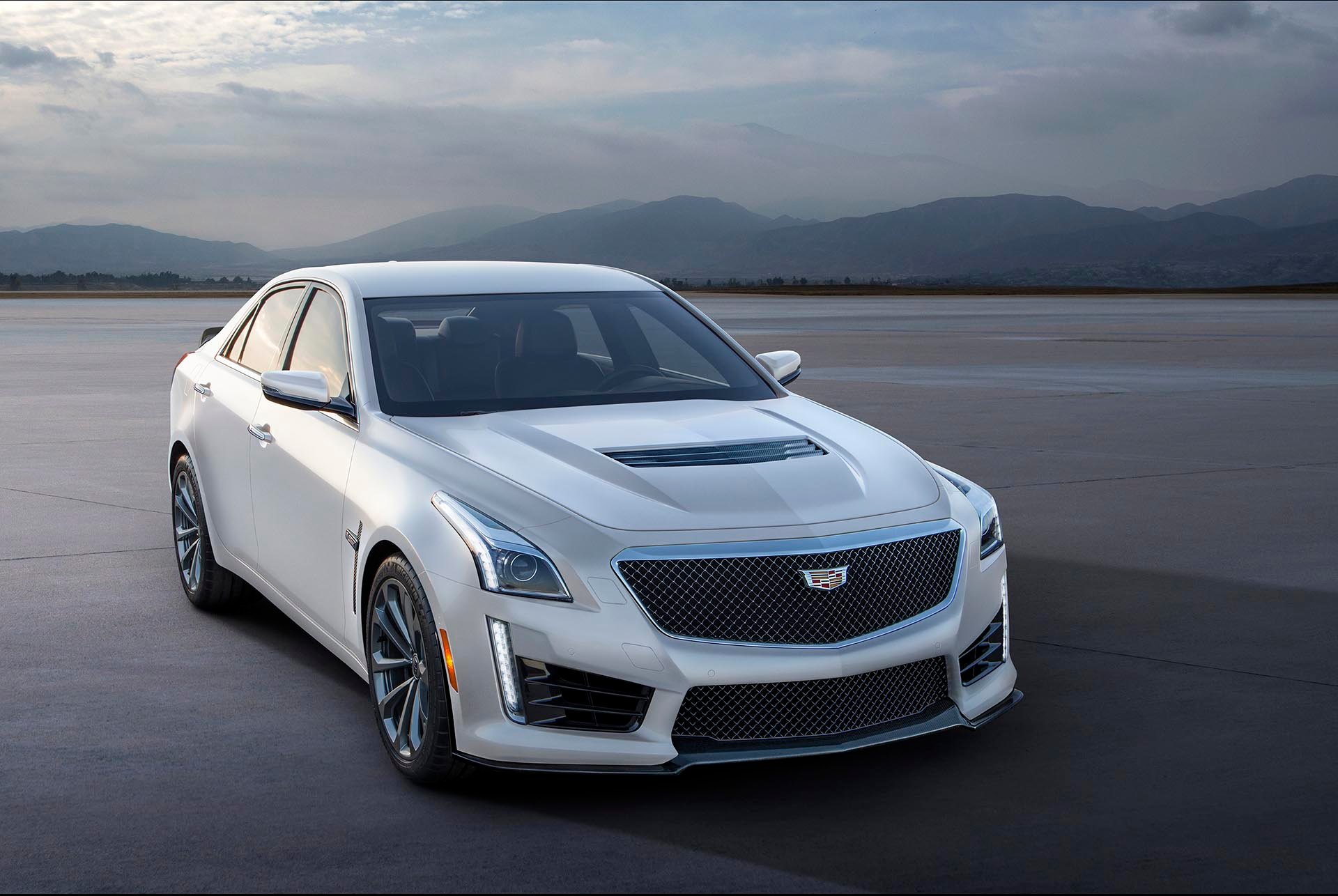 Neither of these big body beasts is going to win lapping a race track, but both are going to provide more than enough fun when you put down your right foot. The 2019 Cadillac CTS-V makes 640 horsepower from a supercharged 6.2 L V8, and carries you to 100, not 60, but 100 miles per hour in 7.4 seconds. Crazy. The 2018 AMG E63 S makes 603 horsepower from its twin-turbocharged 4.0 L V8 and makes that same 0-100 trip in 7.0 seconds flat. Near enough to be identical for any mere mortals attempting to match those same numbers would surely be satisfied with either. 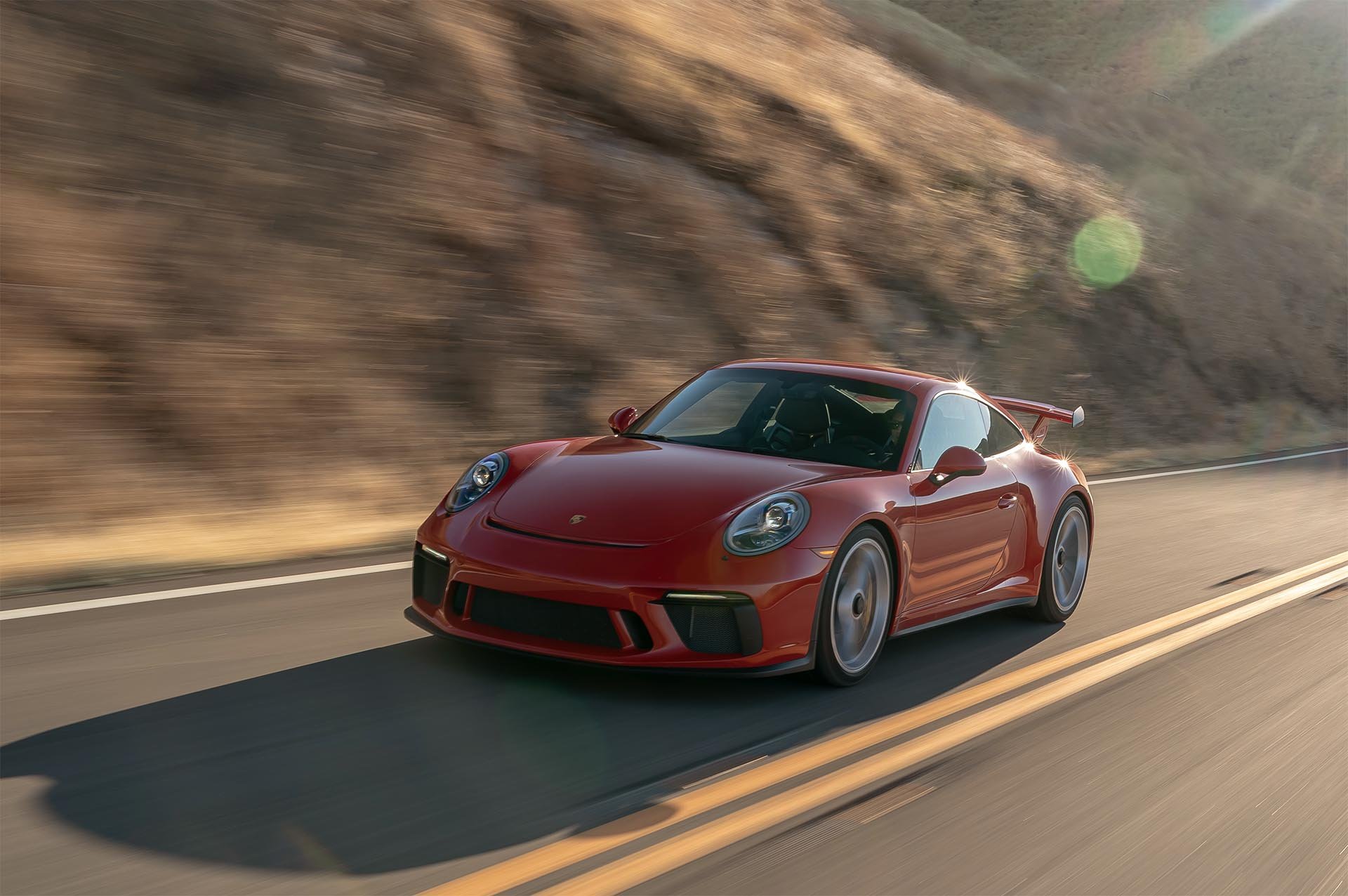 Corvette is the American sports car, and the Porsche 911 is THE world's sports car. You could argue that there are other models that on paper seem like a closer match to the Corvette than the 911, and you'd be right. One is powered by a rear-mounted flat-six cylinder engine. The other has a mighty V8, usually residing in the front. Maybe something from Aston Martin, which is similarly equipped with a big engine up front, is better? Perhaps even a Ferrari, with distinctive low-slung bodywork? Not even close on either count. The reason is that the 911, like the Corvette, is an everyday sports car. It's a car you can use as your daily driver if there's only room for one car in your life, but it's still a real performer when it counts. It's accessible performance, it's approachable, and it's timeless. 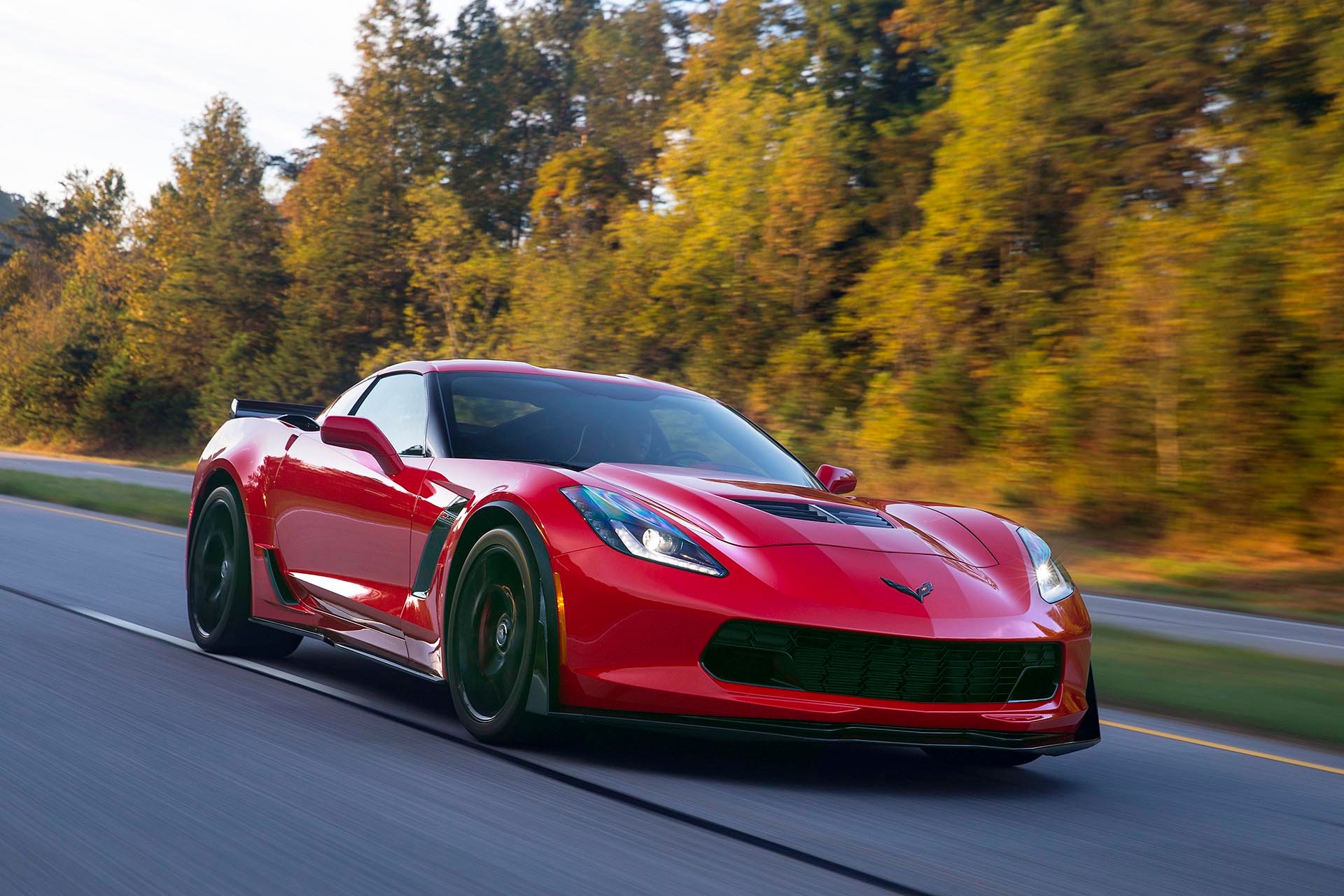 Obviously, with the C8 Corvette has changed things up and gone mid-engine on us, so we're going to compare the traditional layout last seen on the C7 chassis. There are plenty of sub-models to choose from, but for us, if you're going to compare the greats, compare some of the best. So for that, we're going to look at the C7 Corvette Z06 and 911 991.2 GT3, both with manual transmissions, to show just how close these two seemingly disparate cars really are. The Corvette, with a big 6.3 L supercharged V8, makes a silly 650 horsepower and sprints to 60 mph in just 3.2 seconds and completing a quarter-mile run in 11.2 seconds. The GT3 Manual seems totally outgunned, with a 4.0 L naturally aspirated flat-six making 'only' 500 horsepower. But this rev-happy engine takes the manual GT3 to 60 mph in a slightly slower 3.5 seconds and through the quarter-mile in 11.5 seconds. Both are well known for rewarding drives and fiercely passionate fans, so you'll have friends wherever you go driving one of these.

This is probably the biggest no-brainer on the whole list. The Ford Focus is a front-wheel-drive compact economy car that happens to feature specialized sporty variants and has received almost universal praise over the years. It's probably not a stretch to say that the Focus and SVT, ST, and RS variants owe a large thanks to their existing to the fact that VW has steadfastly stuck to offering entry-level cars, which are both economical and fun to drive. You could and should argue that the Escort had done the same, but the Escort is no more, and the GTI has been THE benchmark of reference over the years. Whether you buy one new off the showroom floor or pick up something on the used market, a Golf GTI is a fun performer for everyone, from college students to young professionals, families to retirees. It's also a little less boy-racer than the Focus ST.

With their turbocharged front-wheel-drive power delivery, these cars are more about pure fun than traction-limited 0-60 tests, but that's how we've been comparing things so far, so we're going to stick with the formula as it were. The Focus ST has a 2.0 L turbocharged engine, making 252 horsepower and getting to 60 mph in potentially as few as 6.2 seconds. The Mk7 Golf GTI is pretty similar, making a slightly lower 220 horsepower from a 2.0 L turbocharged engine, but getting to 60mph a skosh quicker, at 6.1 seconds.

We're going strictly off of vibe at this point, and both of these cars have a lot of that. There is absolutely no getting around the menacing look of the SRT with a bulging hood, and massive wheels & tires stuffed under the arches. And exactly the same goes for the Audi RS5 Sportback. They both make power and are selling under the moniker of being a high-performance sedan, but they both have that little bit of ostentatious design language, which screams far louder than many other cars on the road. 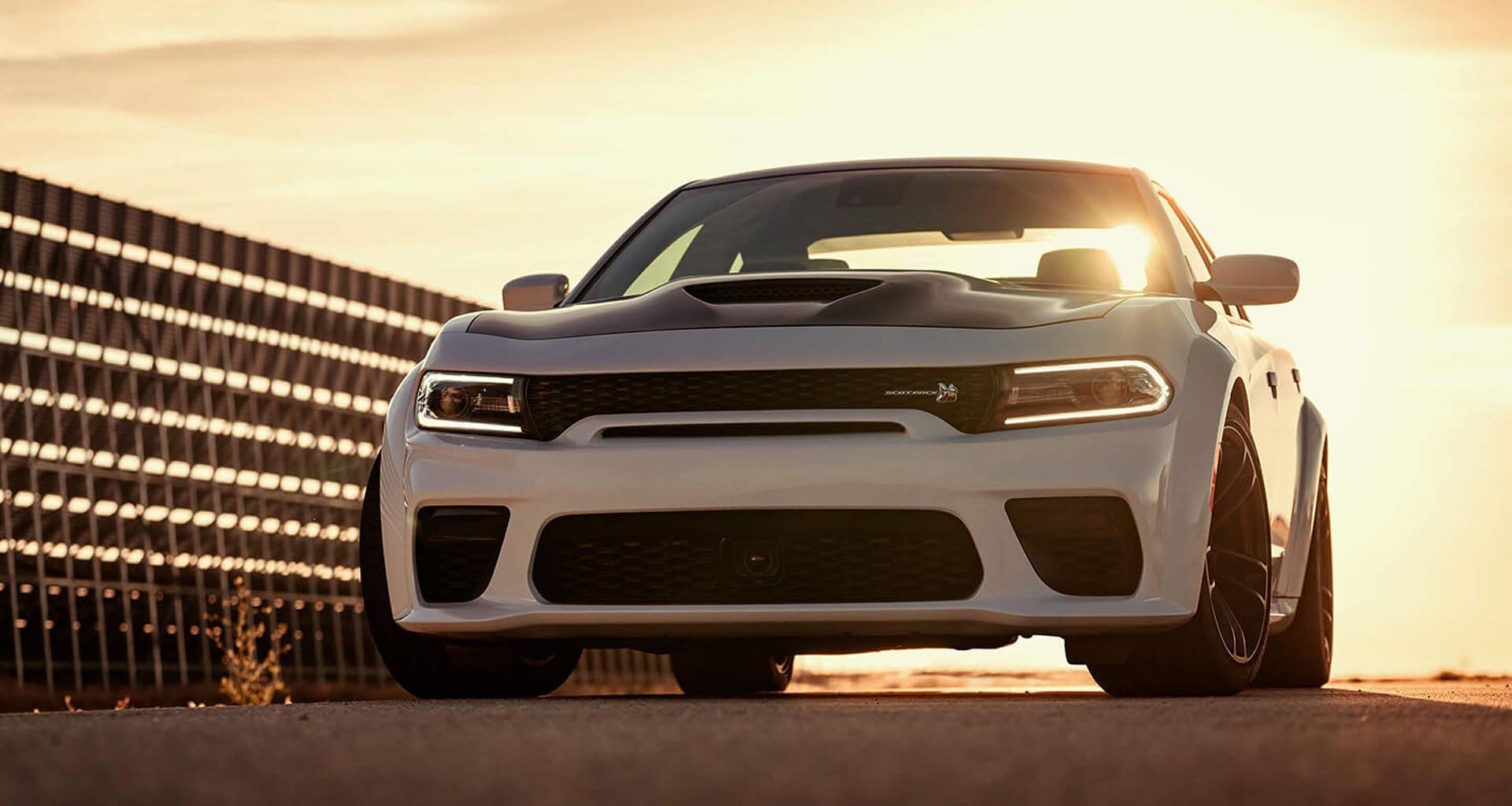 There's no getting around that anything 'Hellcat' is going to be more powerful than almost anything it's compared to, and that's certainly the case here, but if you're going to compare top-level sedans, you have to at least keep it in the same ballpark of costs. That said, despite the supercharged 6.2 L Charger SRT Hellcat making 707 horsepower, versus the Audi RS5 Sportback's diminutive 2.9 L twin-turbocharged V6 making 444 horsepower, the performance numbers are not that far off. In fact, the RS5 Sportback makes it to the magical 60 mph number in only 3.3 seconds, which is 0.1 seconds faster than the Charger SRT Hellcat, despite the 263 horsepower deficit. Thank Audi's Quattro all-wheel-drive system for that victory, which is proof that brains over brawn are a real thing.

We could literally go on for days with this list, as there is a European equivalent for nearly every vehicle out there, whether they're from Domestic or Asian brands. Obviously, we've missed out on some of the more obscure models, but what do you think? Let us know if we're on the money or way off the mark. 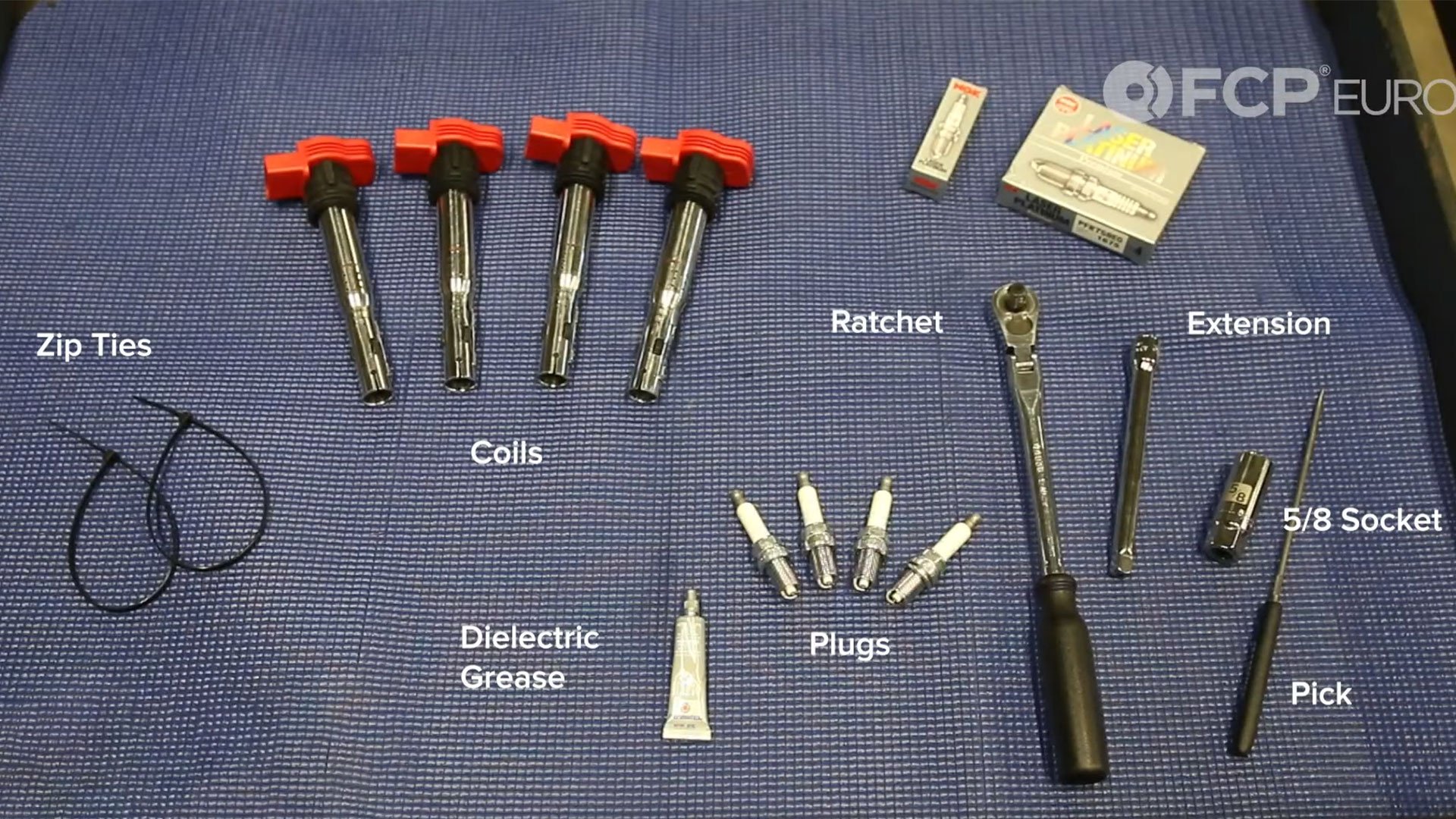 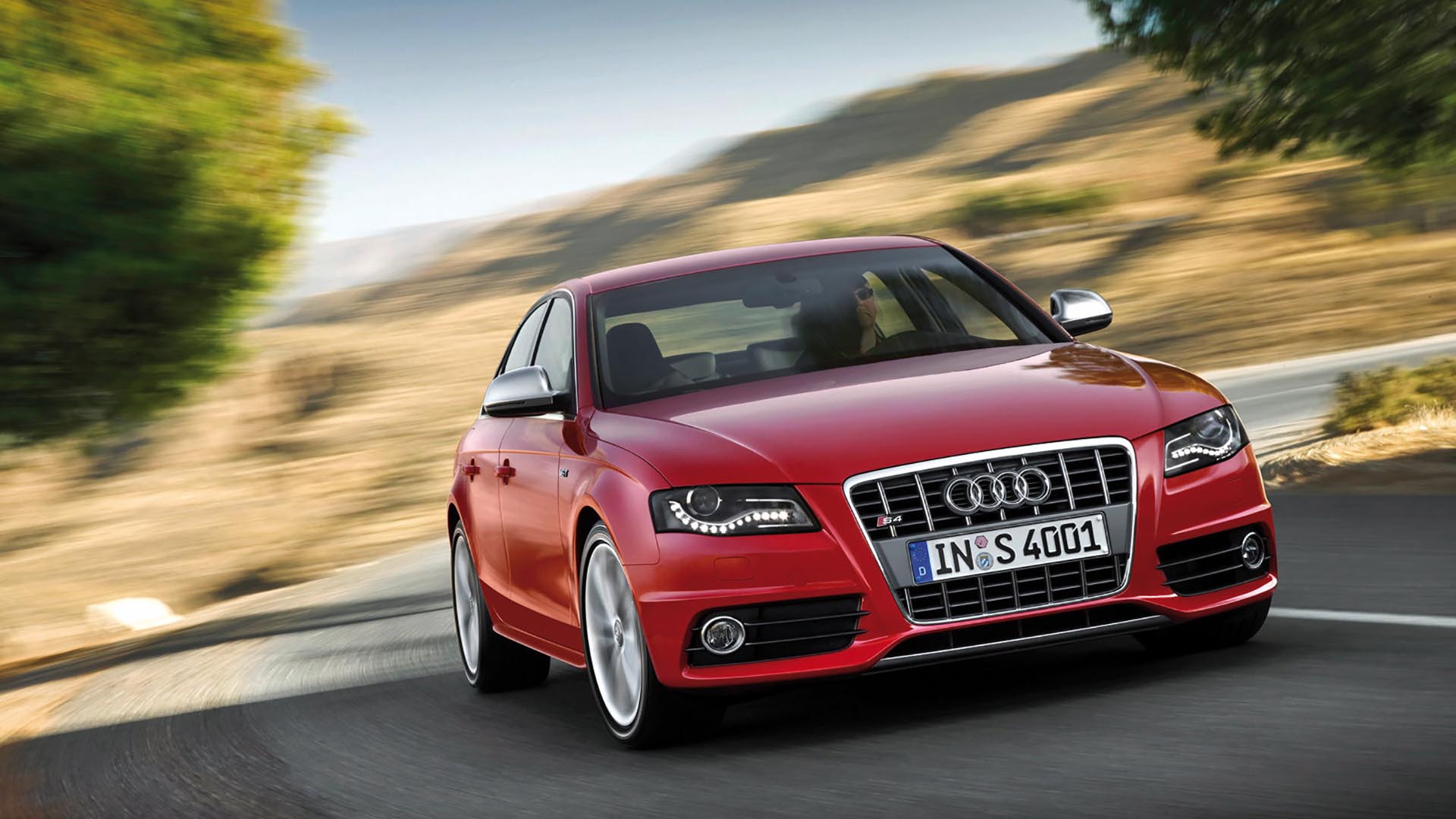