Automotive enthusiasts love a good argument. Whether it’s turbo versus naturally aspirated, FWD versus RWD versus AWD, or almost any other means of differentiating one thing from another, we’re all-too-happy to debate for hours on end about why what we love is the best. In the land of the Volkswagen GTI, the manual versus automatic discussion wasn’t really much of a debate, as everyone knew manual transmissions were the superior option compared to the abysmal slush-boxes on offer from Wolfsburg. But with the release of the Volkswagen DSG dual-clutch automatic in the mid-2000s, everything changed, and more and more GTI enthusiasts have been asking themselves, which is the best transmission? Is the DSG or manual Golf GTI, Golf R, or GLI better? 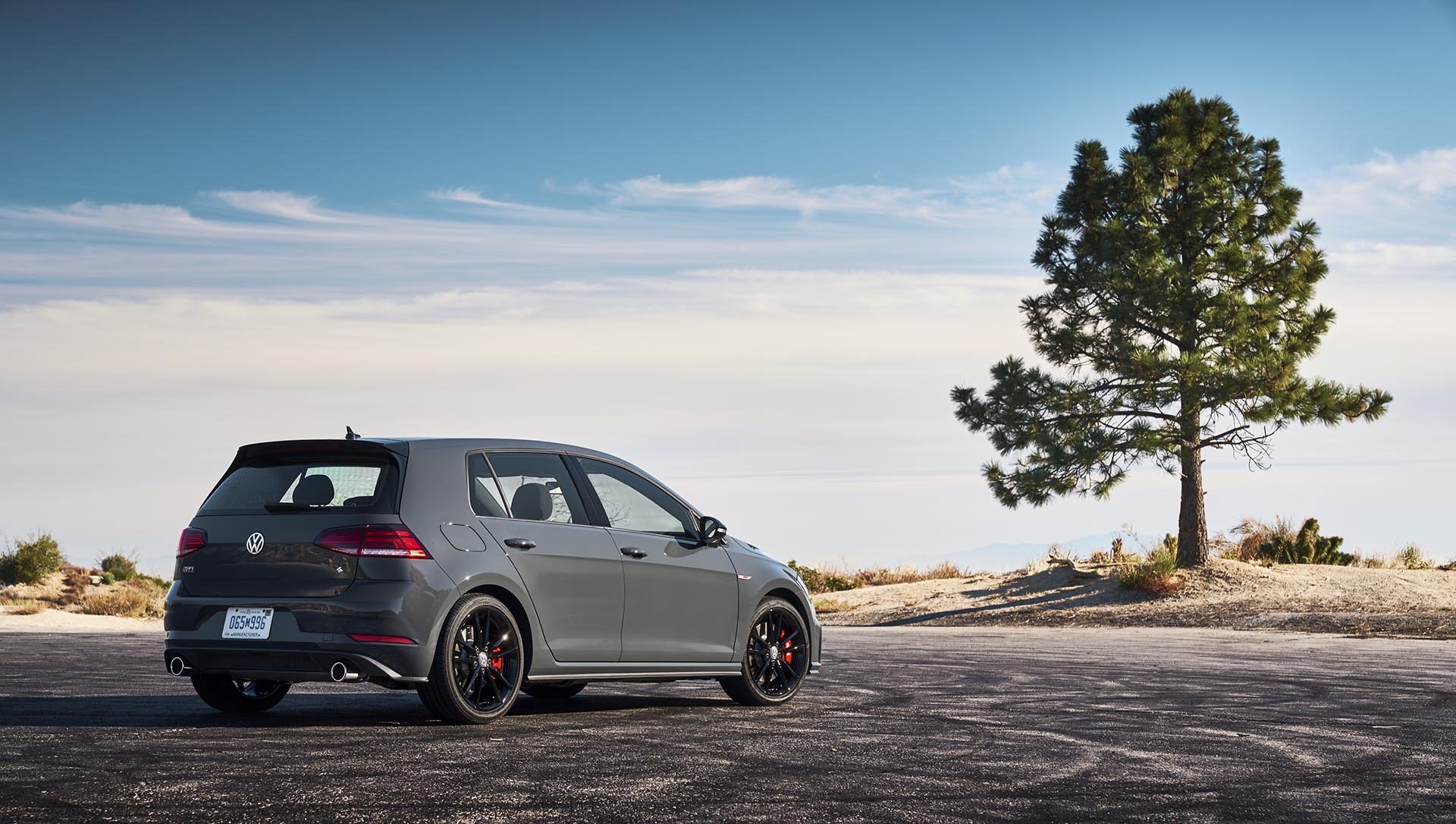 There are several key points to consider when you’re trying to decide between a VW GTI DSG vs. manual transmission. How you plan on using your GTI, if you are going to modify it, and whether you want all-out speed or a more involved driving experience are the things you need to be asking yourself. Between the manual and DSG, each has its own pros and cons.

Why The Manual Transmission is Best

The age-old statement that most people stand by is that “real enthusiasts drive manuals.” While you can argue about why this may or may not be true, the simple fact is that it discounts a huge number of people who either can’t or won’t drive a manual GTI. Choosing a technologically superior transmission either by necessity or choice does not make them less of an enthusiast. That said, there are some key areas where the 6-speed manual GTI stands out.

First, the driving experience is undoubtedly more involved. While driving a manual GTI in traffic can sometimes be a chore, once the traffic clears, the advantages of a manual GTI become more evident. There is something inherently fun about being truly in control of your car, even more so as the roads become more twisty and fun. Being able to control exactly how, when, and why you want to change gears immediately puts you more in touch with the car and what it’s doing. 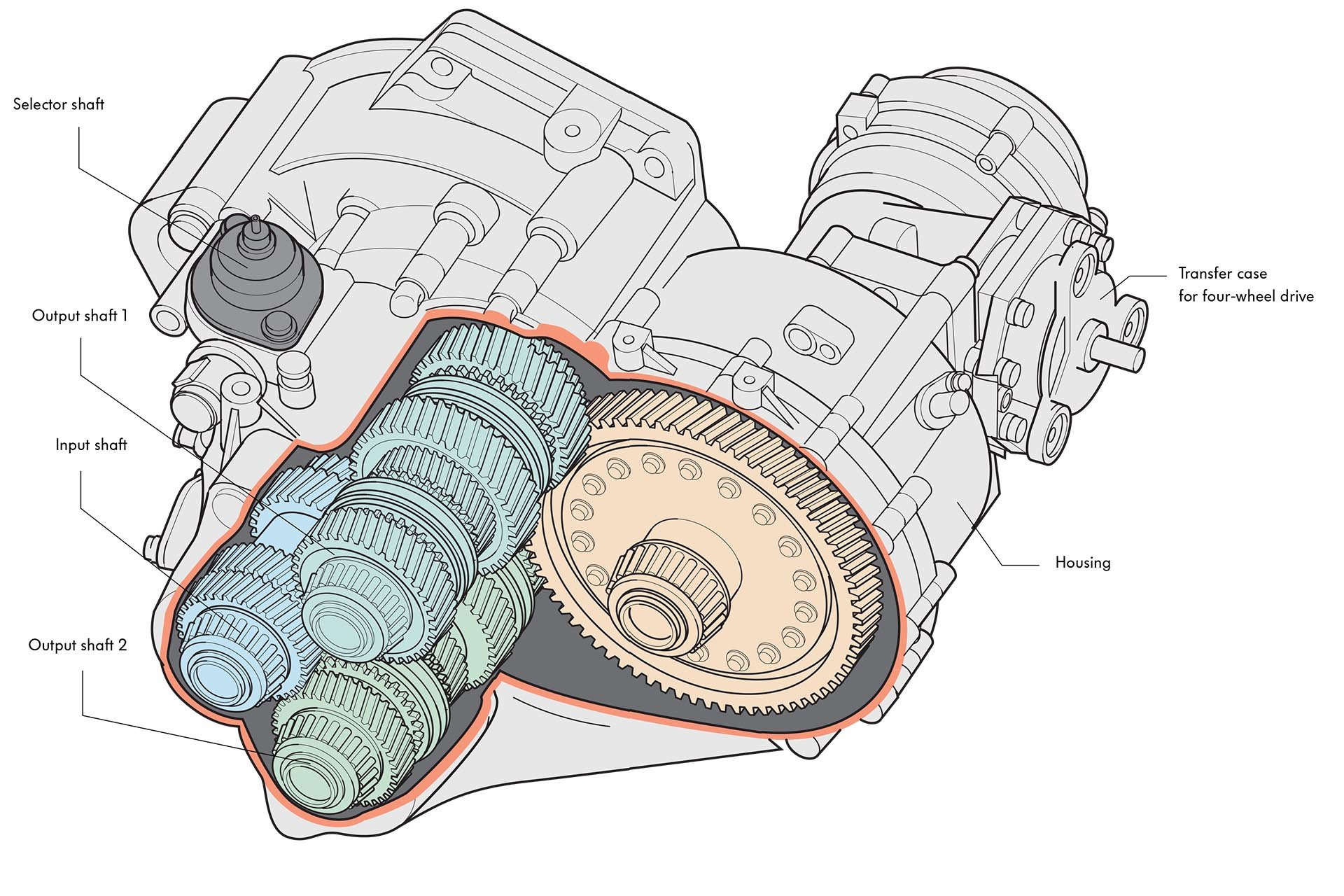 If you’re pushing the limits and going 10/10ths on the race track, a manual will demand true skill as you select the correct gear, heal and toe the downshifts, and manage all the other things the car is doing at the same time. It’s a thrill and intensely rewarding. But, if you back off and are going, say, 6/10ths on your favorite back road, just having fun but not really pushing the limits, a manual GTI is no less rewarding. You can still have a blast and still have fun, no matter the speed.

The 6-speed VW GTI transmission family includes the 02M, 02Q, and MQ250 variants. The core design among the three is more or less the same and have proved to be reliable and durable even if you tune the car for more power. If you’re not lucky enough to have a Performance Pack Mk7 GTI with the VAQ differential, you can easily add a Wavetrac unit for better handling and traction. Plus, you can easily modify your 6-speed GTI by adding a short shift kit, solid cable end bushings, or other accessory modifications that add to the driving experience. 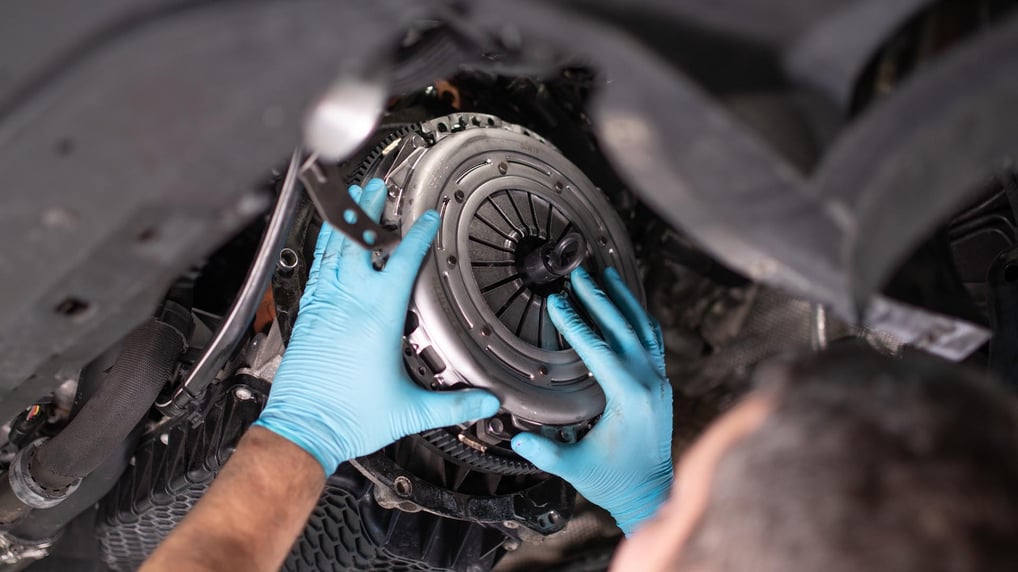 With all of its advantages, there are some downsides to the manual transmission. The biggest is that any 2.0t TSI GTI, starting with the Mk6 in 2010 and continuing all the way up to the current Mk7 and Mk7.5 GTI, are known to have a weak clutch from the factory. While it’s not really a problem on a stock car, if you modify your GTI with a performance ECU tune from a company like Unitronic, chances are the clutch will slip and need to be replaced sooner rather than later. Since a clutch is a wear item and everyone’s results will vary, it’s not really a hard and fast rule as to when or at what power level the clutch will slip, but it is a fact of manual modern GTI ownership. 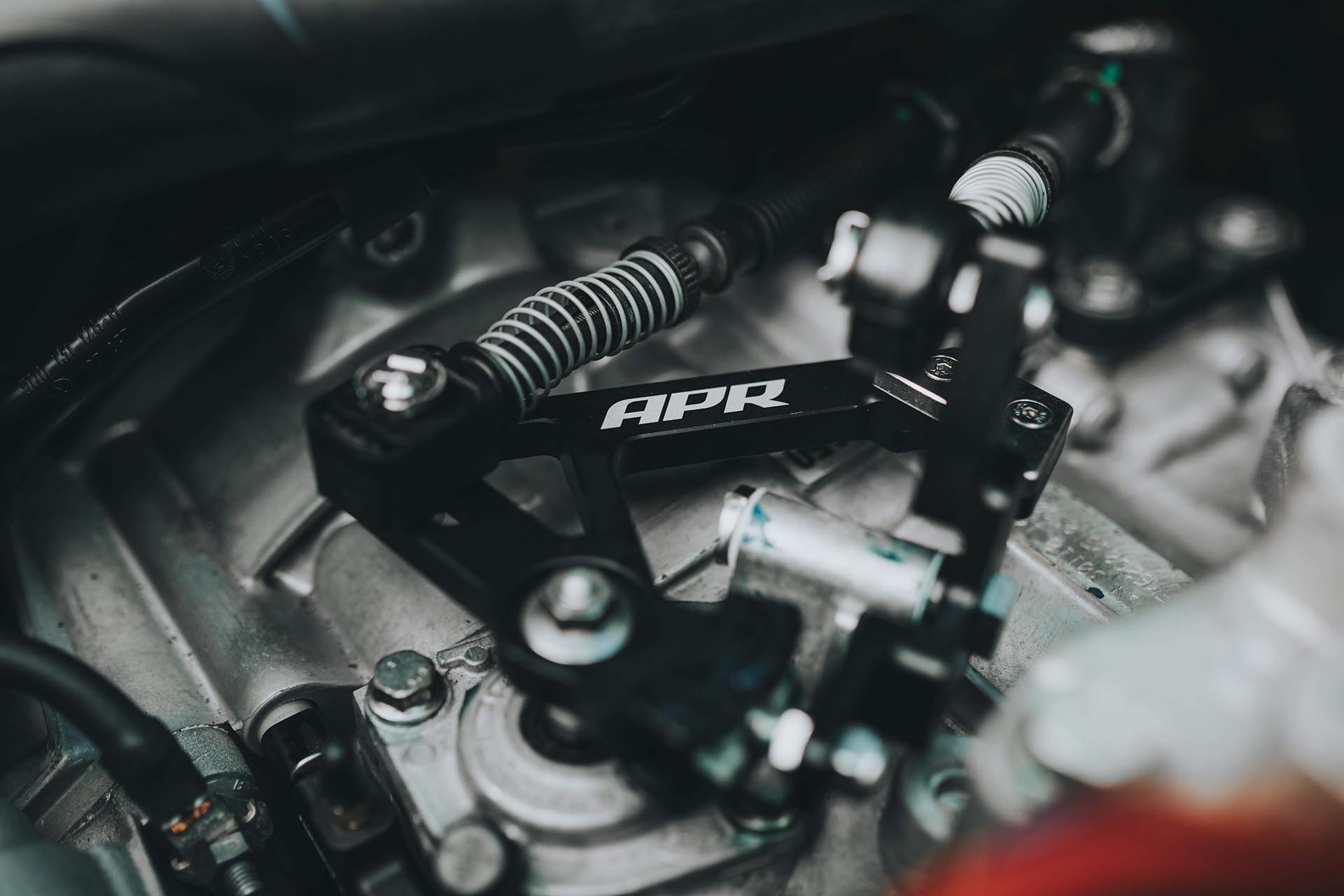 Secondly, and this is more personal preference than anything else, the factory clutch and shifting set up is a little bit soft and disconnected compared to some of the benchmarks that you may be familiar with. The clutch pedal is very light, and the engagement point is a touch vague. The easiest way to improve this is to remove the delay valve in the clutch line, or if your clutch is slipping, you can upgrade to a Sachs Performance or South Bend Clutch kit. As mentioned, the shifter can be upgraded with a short shift kit and shift bushing kit, making for a shorter throw and more direct feel, but both of these things mean spending money to get it where you want it.

Why The DSG Transmission is Best 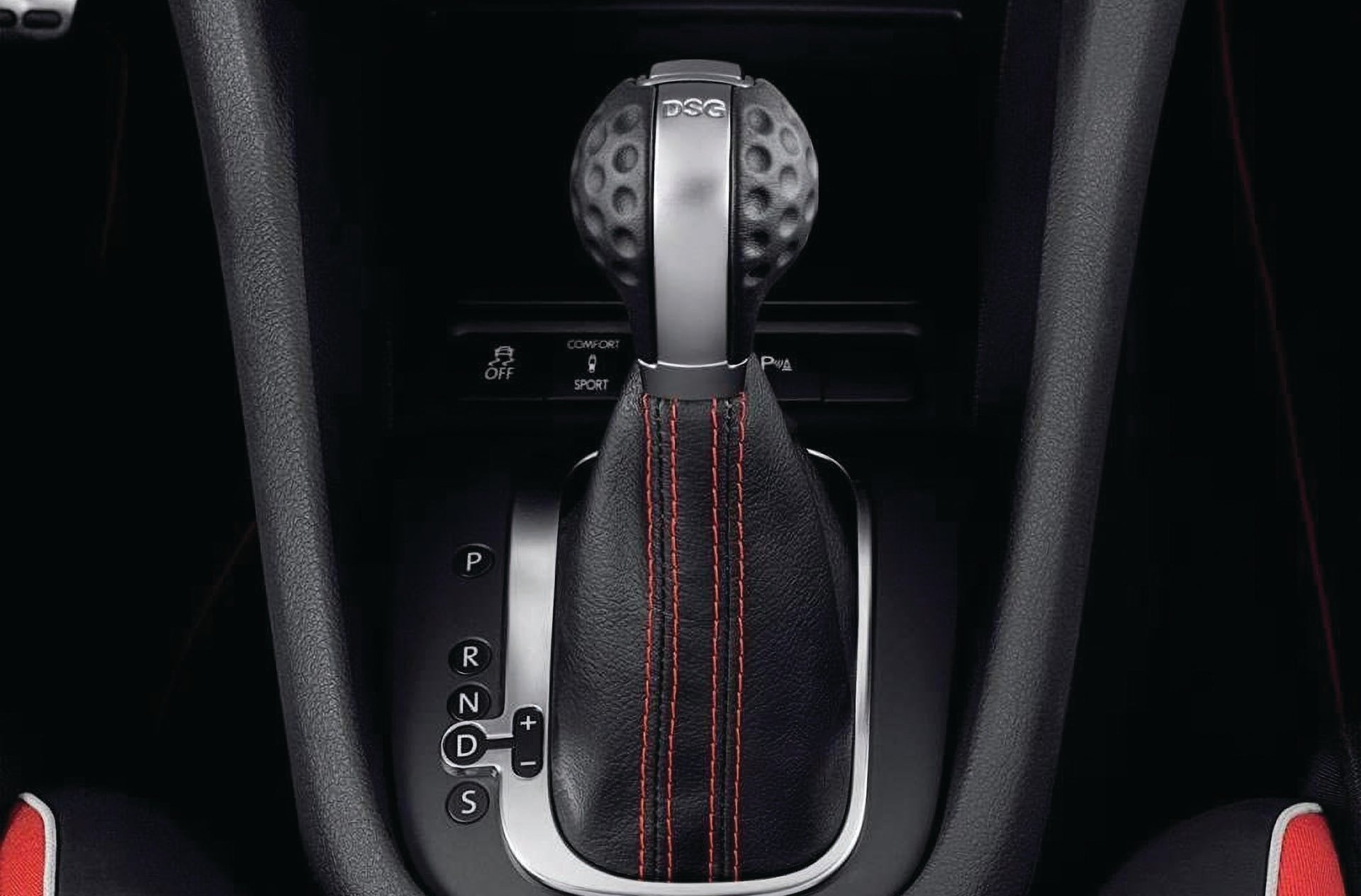 Read Our Definitive Guide to The VW DSG Transmission

For all of the preaching and pontificating about why the manual transmission is the only real “enthusiast” choice for a GTI, the fact remains that when it comes down to numbers, the DSG is a better transmission. No matter how you slice it, the DSG has been a revelation of performance, efficiency, and reliability. It shifts faster, requires no modifications to handle more power, and it’s just as happy providing lighting fast shifts at redline as it is creeping along in rush hour traffic. It does it all and does it better than a human can with three pedals and a gear shift.

The VW GTI first came with a 6-speed dual-clutch automatic in 2006, and it has been a popular choice ever since. The DQ250 6-speed DSG as used in the first Mk5 GTI, is essentially the same spec as the one used in the Mk6 and Mk7 until 2018. In 2019, VW switched to the DQ381 7-speed DSG GTI. The Mk7 Performance pack models stand out as probably the most capable GTI ever sold in the states, with even the Volkswagen Motorsport-built GTI TCR using identical DSG transmission and VAQ differential as the streetcars. VW Motorsport relied on the DSG to win on the track since the days of the Mk5 R-Line, and its ability to deliver wins was borne out on the track in demanding races such as the Nurburgring 24 Hours. 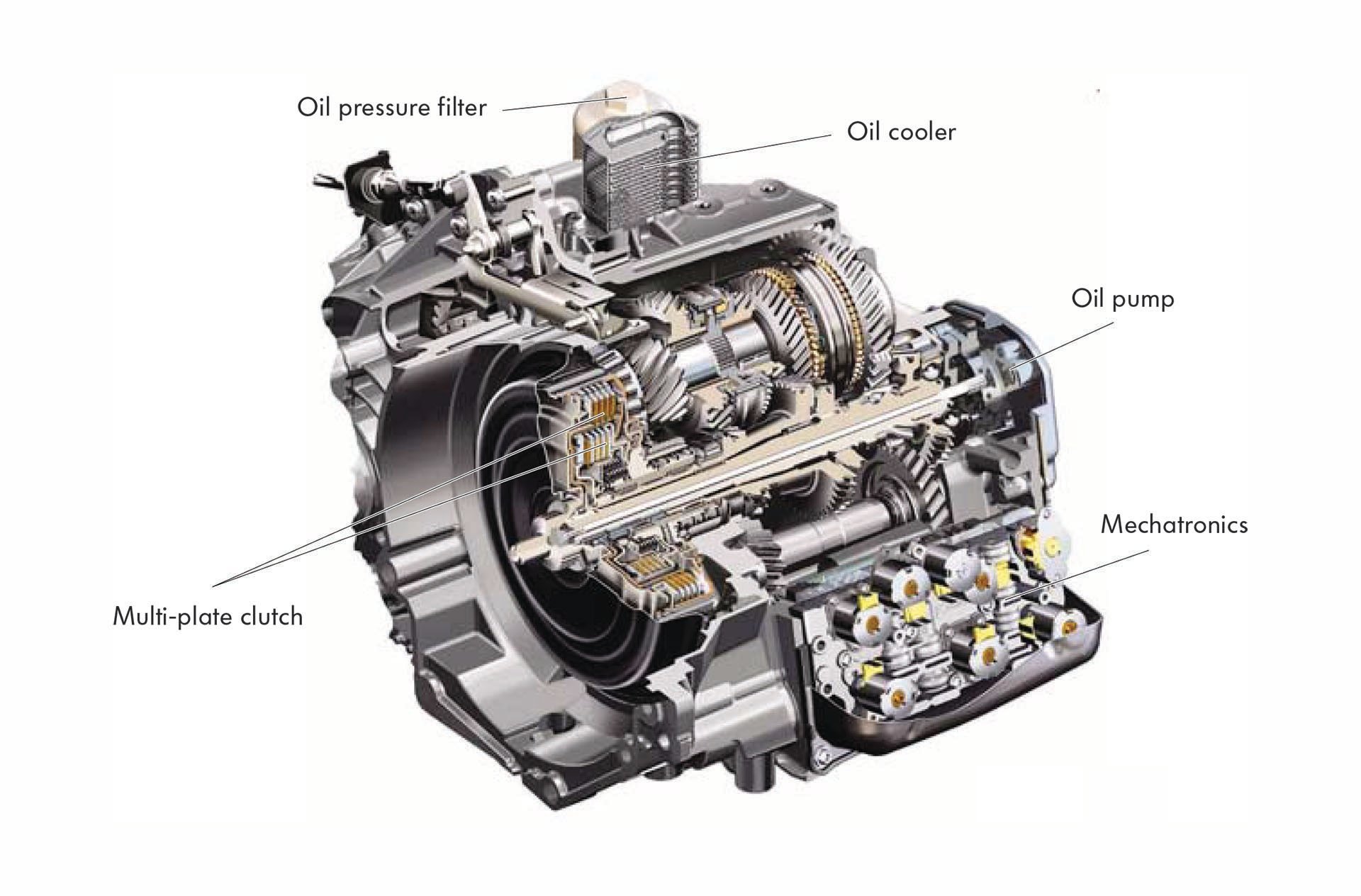 While the DSG’s ability to deliver relentless performance with zero loss of acceleration and perfectly matched downshifts is a huge advantage on the racetrack, once you stop pushing the absolute limits, its charms become less obvious. While you can still have a lot of fun with a DSG GTI hitting some backroads, if you’re not chasing lap times or really pushing the limits, it’s a little less rewarding of an experience. Not to say you can’t have fun; it’s just not the same as rowing the gears in a manual GTI.

In terms of durability, the DSG GTI has proved to be remarkably reliable. With all stock components, only a GTI DSG tune is needed to sharpen the shifting response and increase the power holding of an otherwise-stock DSG transmission. Services are more involved since it requires more fluid, a filter, and a bit more expertise. Still, by following one of our DSG service DIYs and taking advantage of the FCP Euro Lifetime Replacement Guarantee, it’s something you can easily tackle at home and won’t cost a whole lot more money. 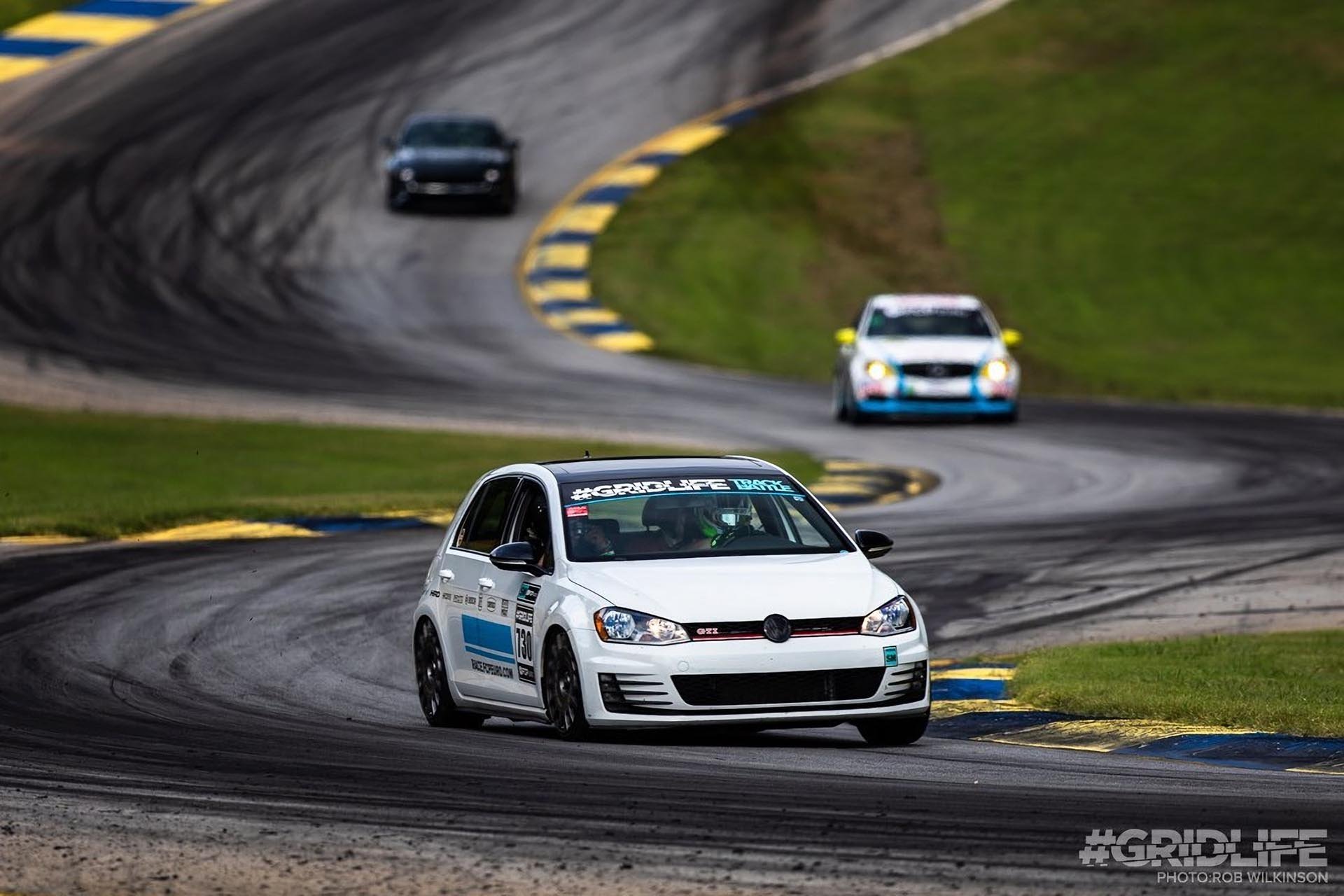 If there’s a DSG downside, it’s just the relative lack of engagement. It’s great for commuting, weekend road trips, laps at the racetrack, or going down the dragstrip, but faster doesn’t always mean better when you’re talking about driving pleasure. Indeed, even Porsche went back on their word and reintroduced manual transmissions to the GT3 line-up after swearing PDK was the only way forward back in 2014. It’s also worth noting that the 7-speed DQ381 DSG transmission is a little smoother but a little softer than the 6-speed DQ250, so in choosing your GTI, choose wisely if ultimate performance is your number one priority.

How to Choose: DSG or Manual GTI

At the end of the day, what do you do? Which GTI transmission is the best option for you? Obviously, only you can make that decision, but as we said at the beginning, it comes down to how you use your car and what you want it to be to you. The answer really is both.

If you’re looking for the most rewarding driving experience, are willing to sacrifice some outright speed, and are willing to have to spend a little more money or deal with some headaches when you’re stuck in traffic, a 6-speed manual GTI is definitely the way to go.

If, however, your commute means dealing with tons of stop and go traffic, you have to share your GTI with family members who can’t drive a manual, or if you want the absolute best performance without having to worry about upgrading your clutch, a DSG GTI is a better option for you.

At the end of the day, this is a pretty hotly contested topic, with many a meme and plenty of jabs thrown around on various groups and forums all over the internet. Like Ford vs. Chevy, the manual vs. DSG debate will likely rage on forever, which really only leaves us with one thing: which one do you own and which one do you think is better?

The MK6 VW GTI is the sixth generation GTI produced by Volkswagen, and currently is one of the best value cars you can buy. Learn what you need to know before buying one. 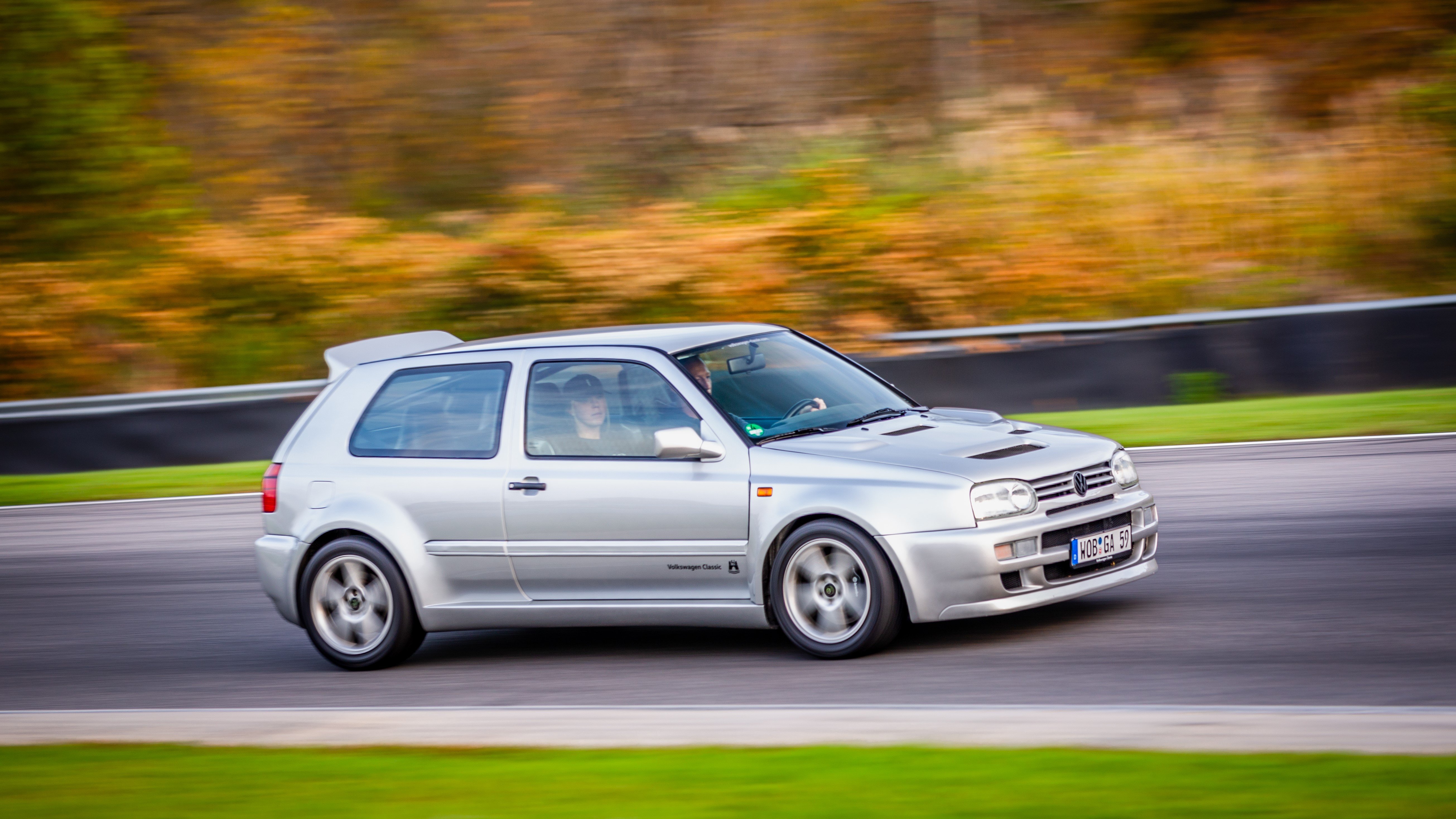 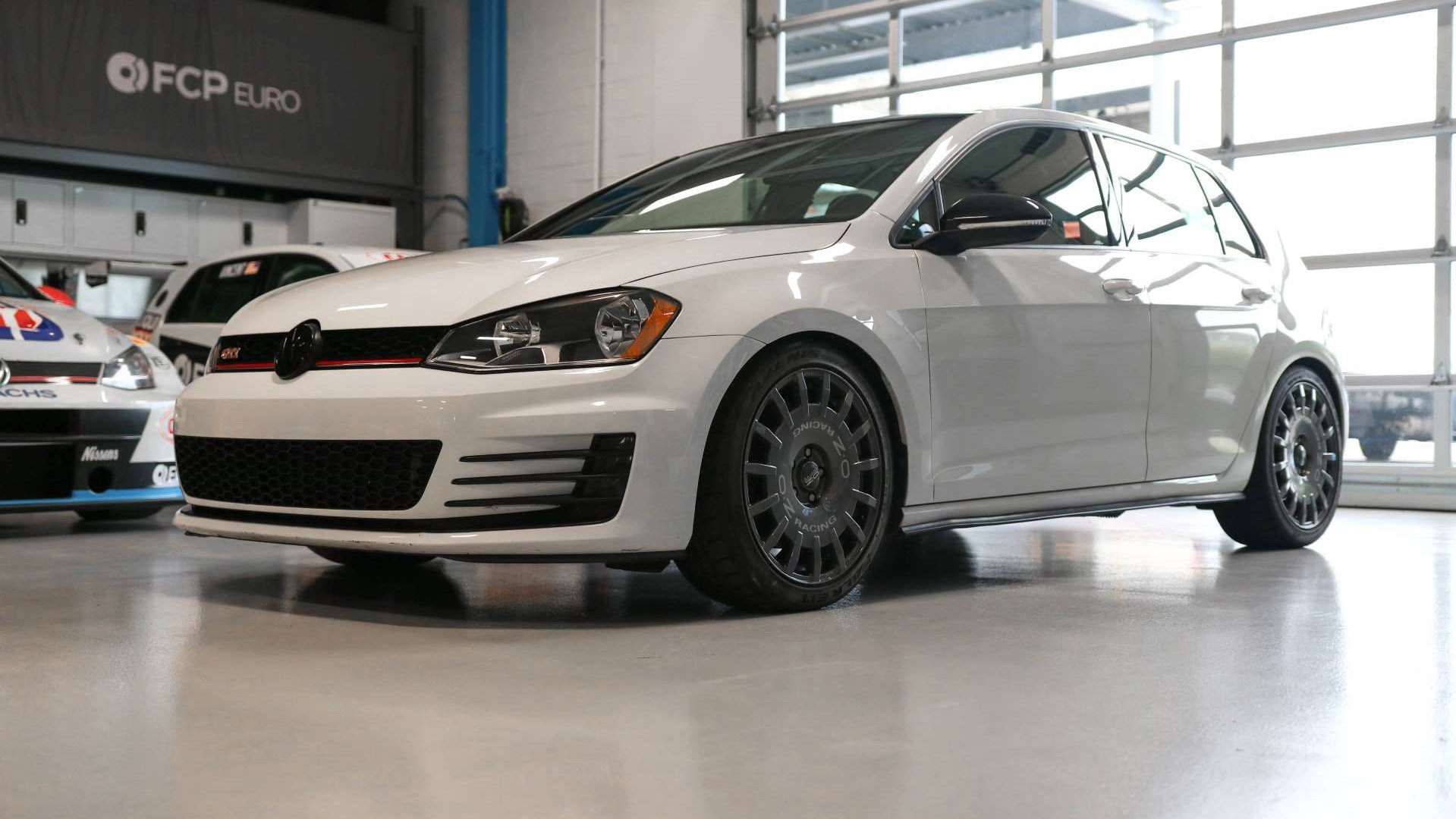 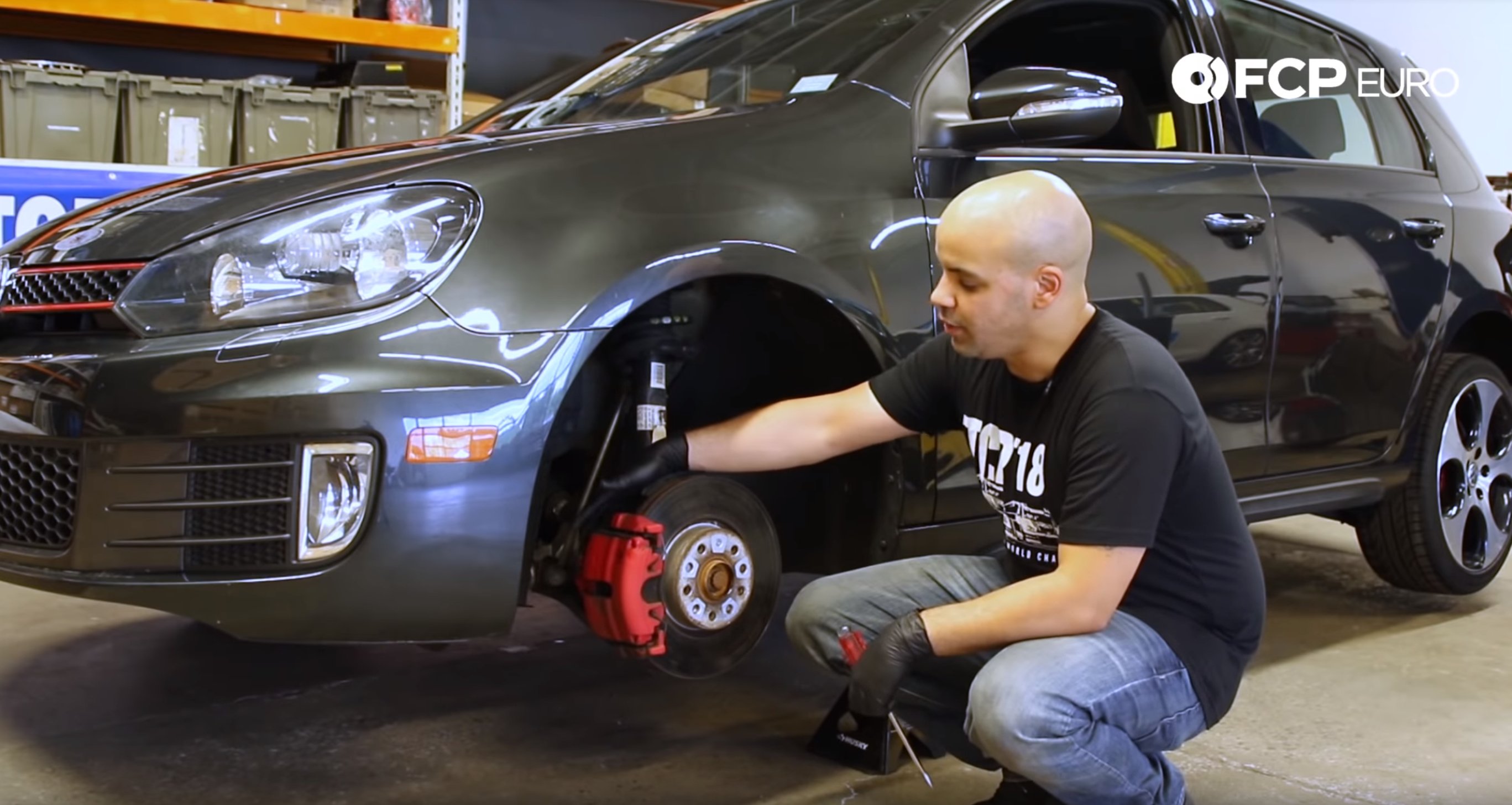 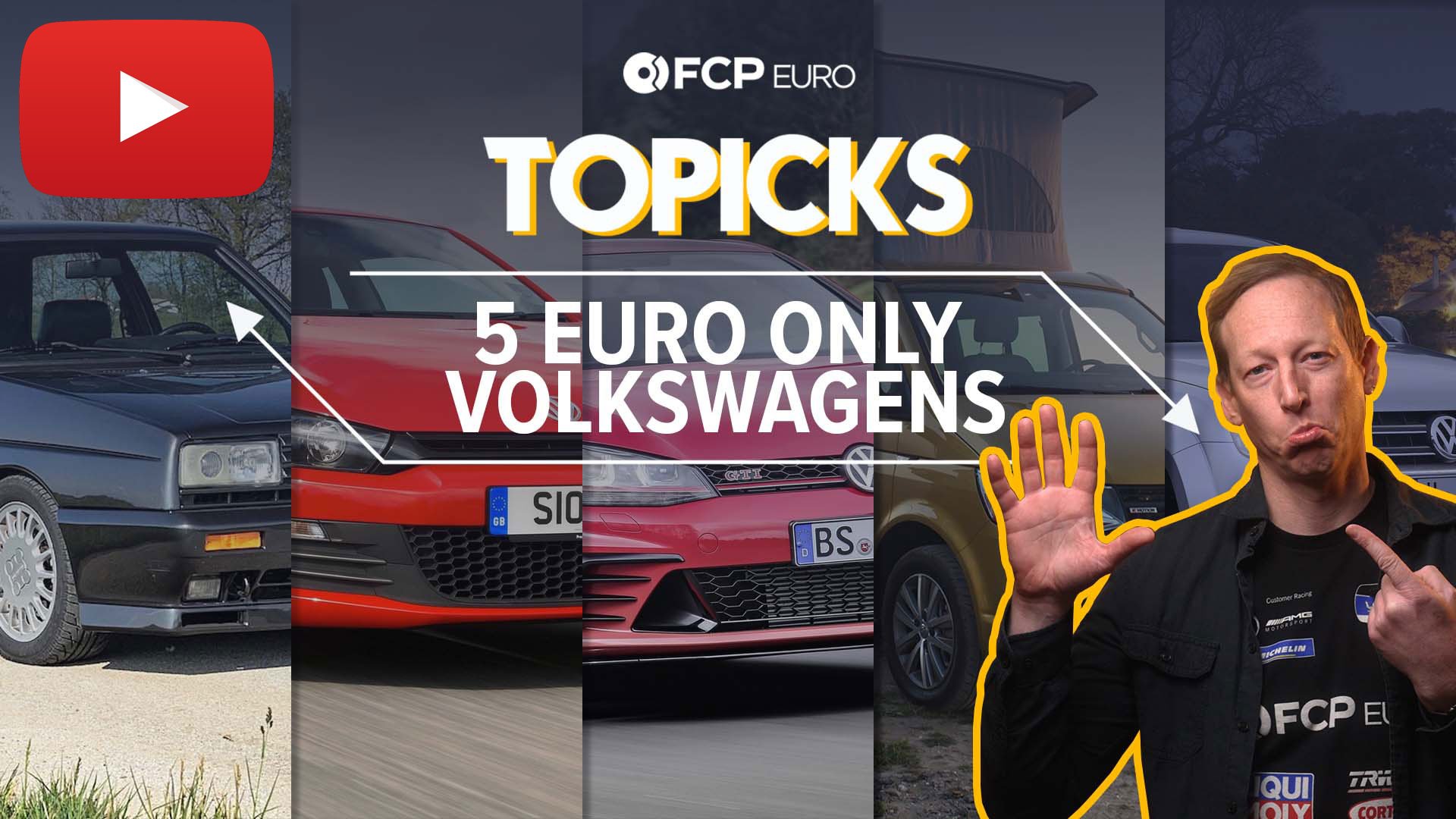