Some people forget the mid-engine 914 in Porsche’s historic past. It was the second "everyman" car after the Porsche 912, and according to some, the better of them.

By the end of the production cycle of the 912, Porsche was in need of new car to take its place. At the same time, Volkswagen was also looking to replace the Type 34 Karmann Ghia. 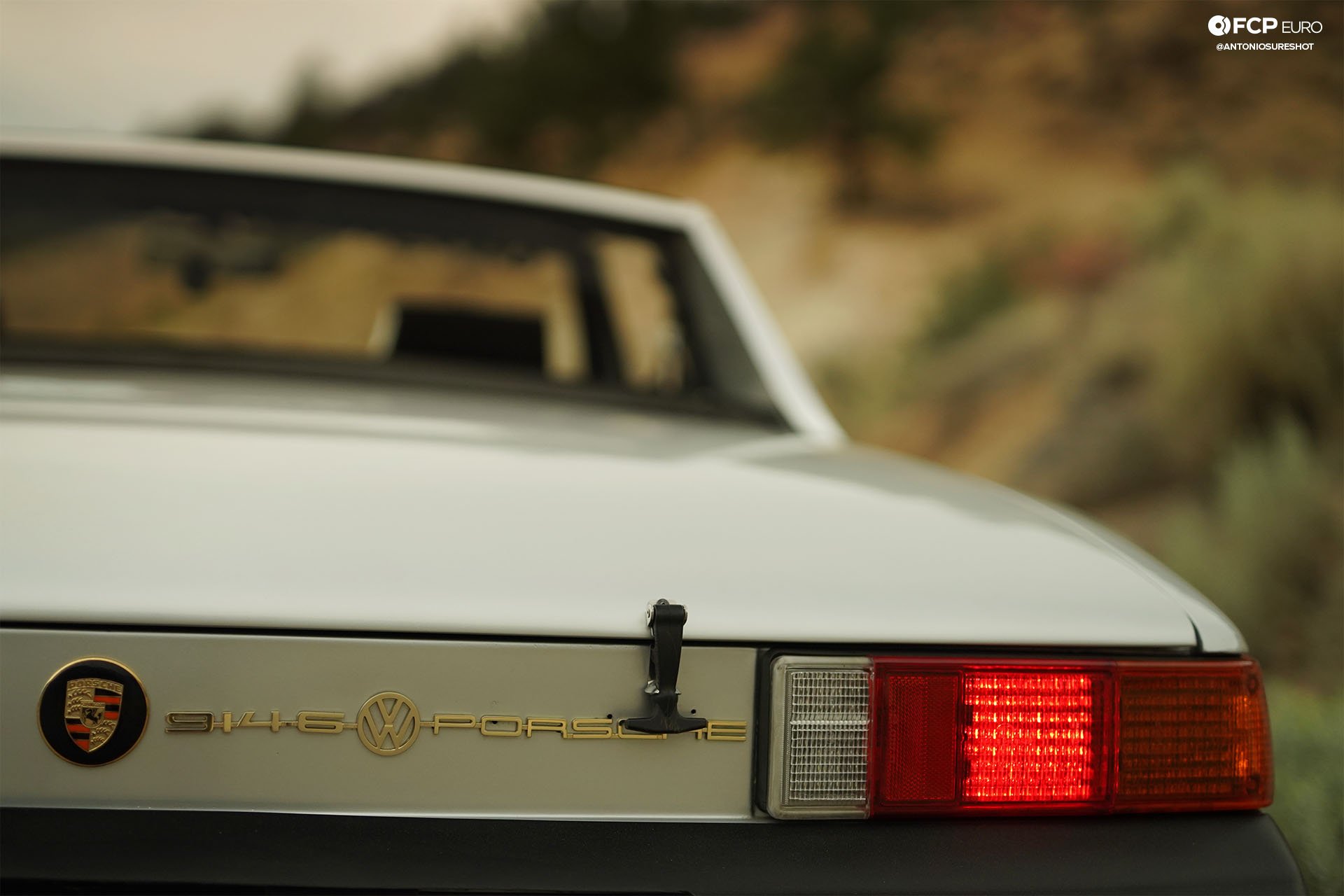 Since the two brands were so closely related, Porsche and Volkswagen both decided to work together in a verbal agreement towards creating the replacement for both of those vehicles. The 914 was drafted and on its way towards production. Unfortunately, when Heinz Nordhoff – Volkswagen’s chairman and biggest influence on that side of the deal – passed away in April of 1968, VW’s new chair, Kurt Lotz, decided that the 914 was going to be all theirs. That is, unless Porsche shared in the expenses of tooling for the car. 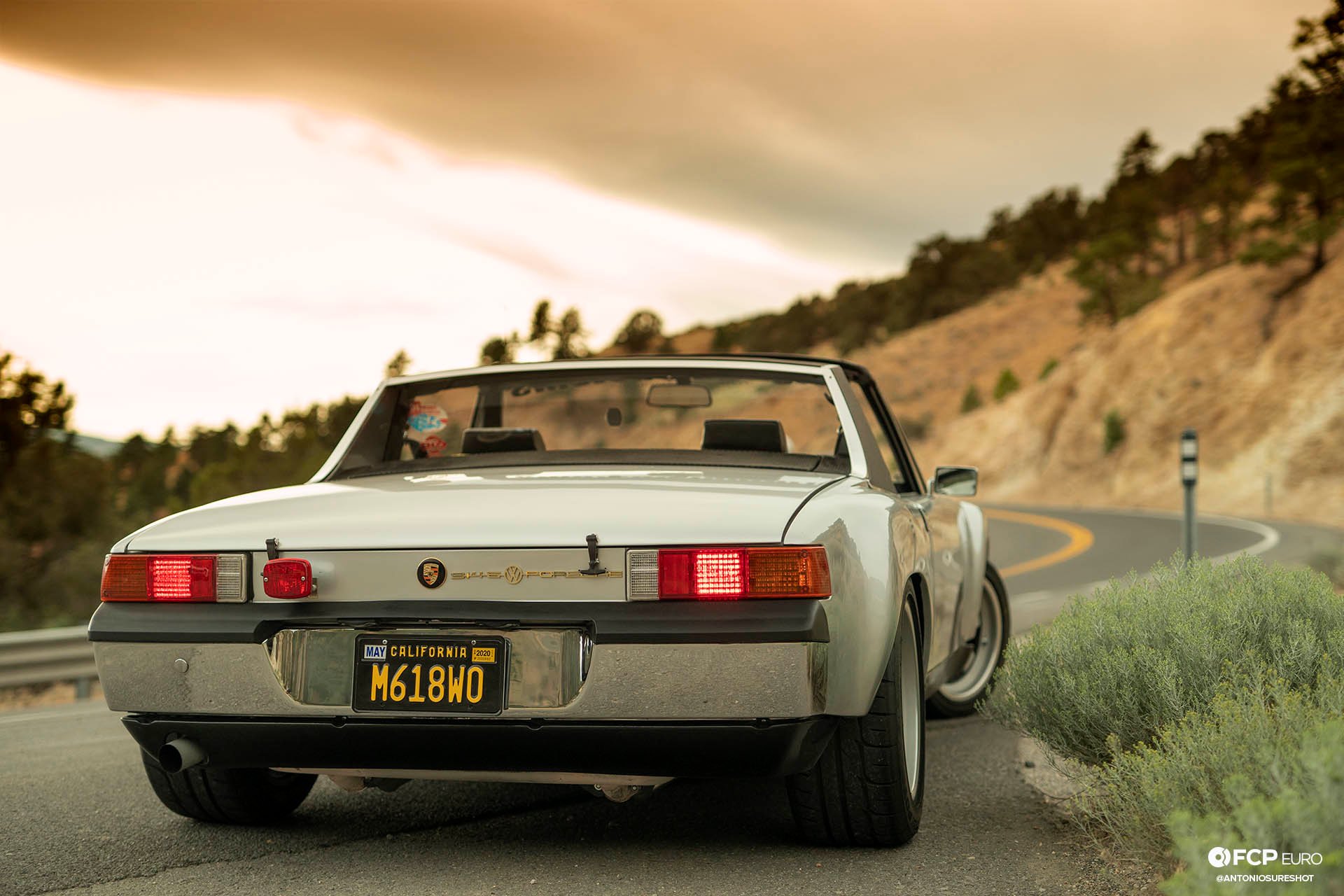 Fortunately, they came to an agreement, but the price of the 914 went up, too. The Porsche 914/6, the high-performance six-cylinder model of the 914, would end up only a few dollars less than the 911T. Even with gaining Motor Trend’s coveted Import Car of the Year in 1970, the price lead to slow sales of the 914/6 and production ended in 1972 with only 3351 produced. Thus, most of the 914s you still see on the road are the four-cylinder variant using Volkswagen’s 1.7-liter air-cooled flat-four until the 1.8-liter (1974 and up) and ultimately 2.0-liter (1973 and up replacing the 901/3 Porsche flat-six) engines debuted. 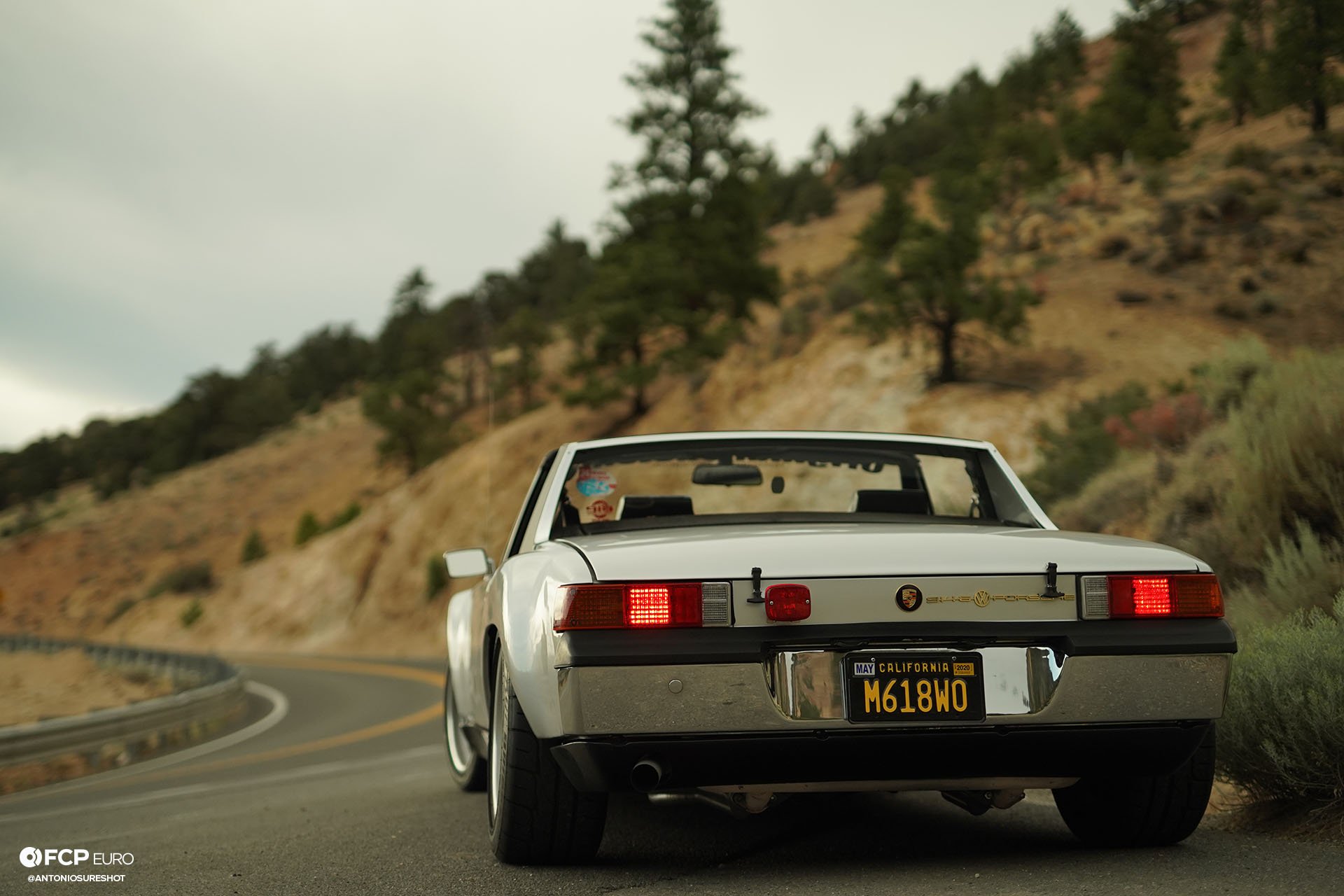 Rob Sime’s 1975 Porsche 914 started life as a four-cylinder model and was eventually upgraded with a better engine. The reason he started with it was advice he saw in Excellence Magazine. “For a number of years,” Rob recalled to us, “I had read the Buyer's Guide section of Excellence Magazine. A writer by the name of Bruce Anderson did a valuation issue on the 914 once a year. Consistently, Bruce said to ‘buy the best example you can find.’” So, he found this 2.0-liter four-cylinder powered 914 and was happy. 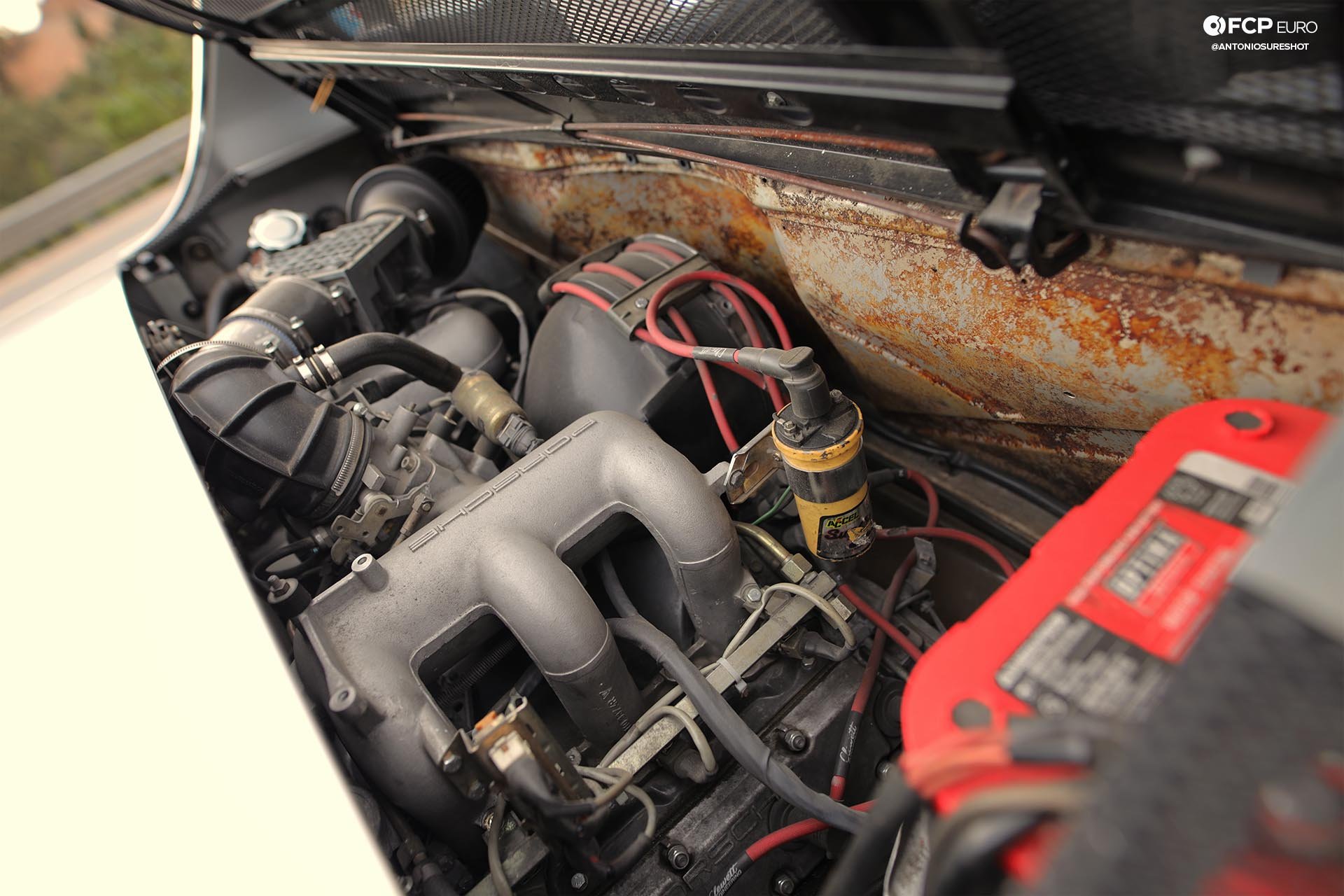 That is, until it blew up. “Well, I built a high output four-cylinder engine and it blew up,” he recalled that fateful day, “Curiously, I wasn’t even driving it in anger. I was on my way to an autocross, heard a thump, and saw flecks of oil on the back window. (I pulled) over, and there was a big hole in the top of the engine case. It ran, but, one piston was gone, the rod was flopping, and oil was spraying everywhere.” 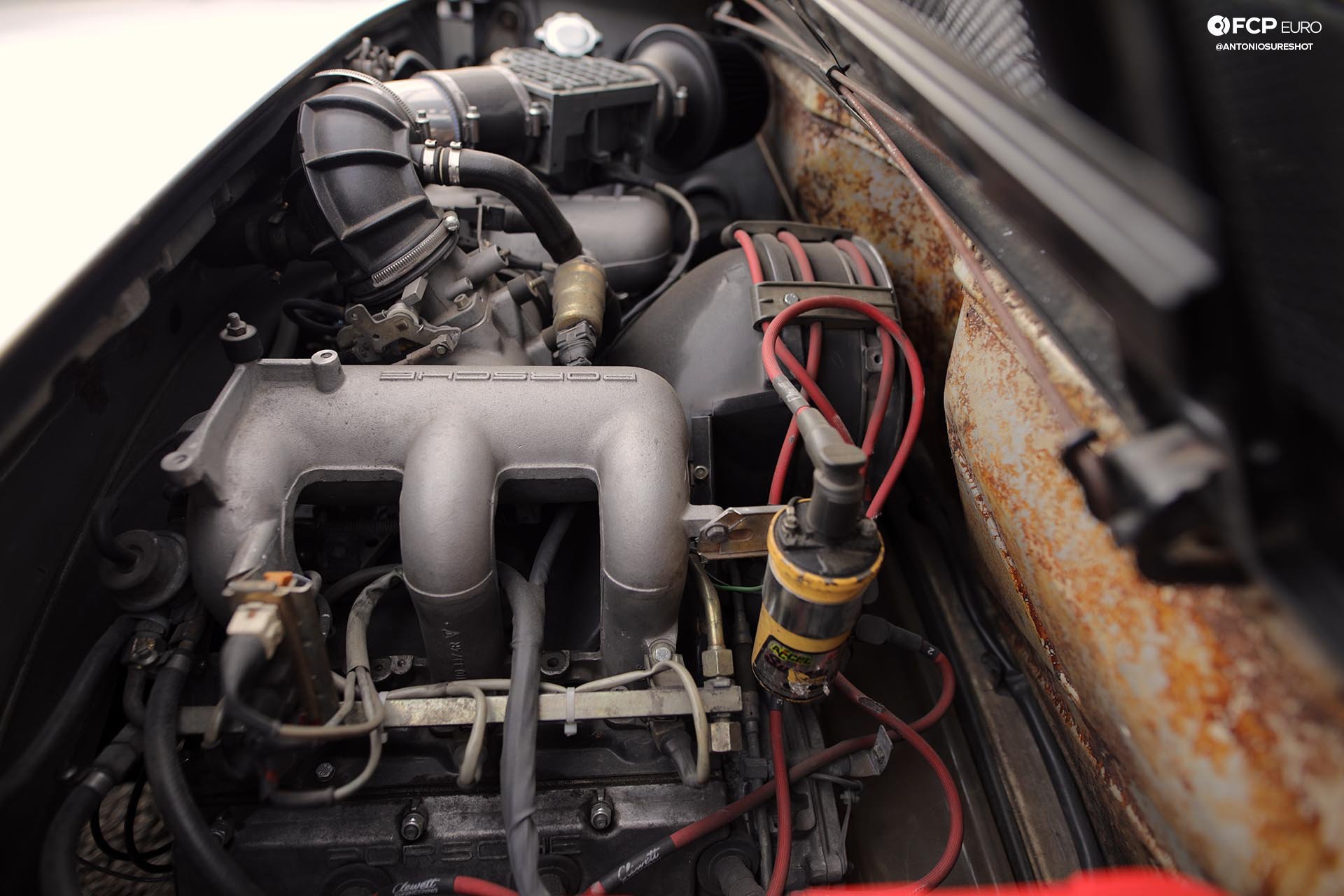 Instead of rebuilding that engine, he found a “stock-ish” 3.2-liter flat-six from a 911 that only had headers, an intake, and a tune done by Steve Wong and performed the swap. 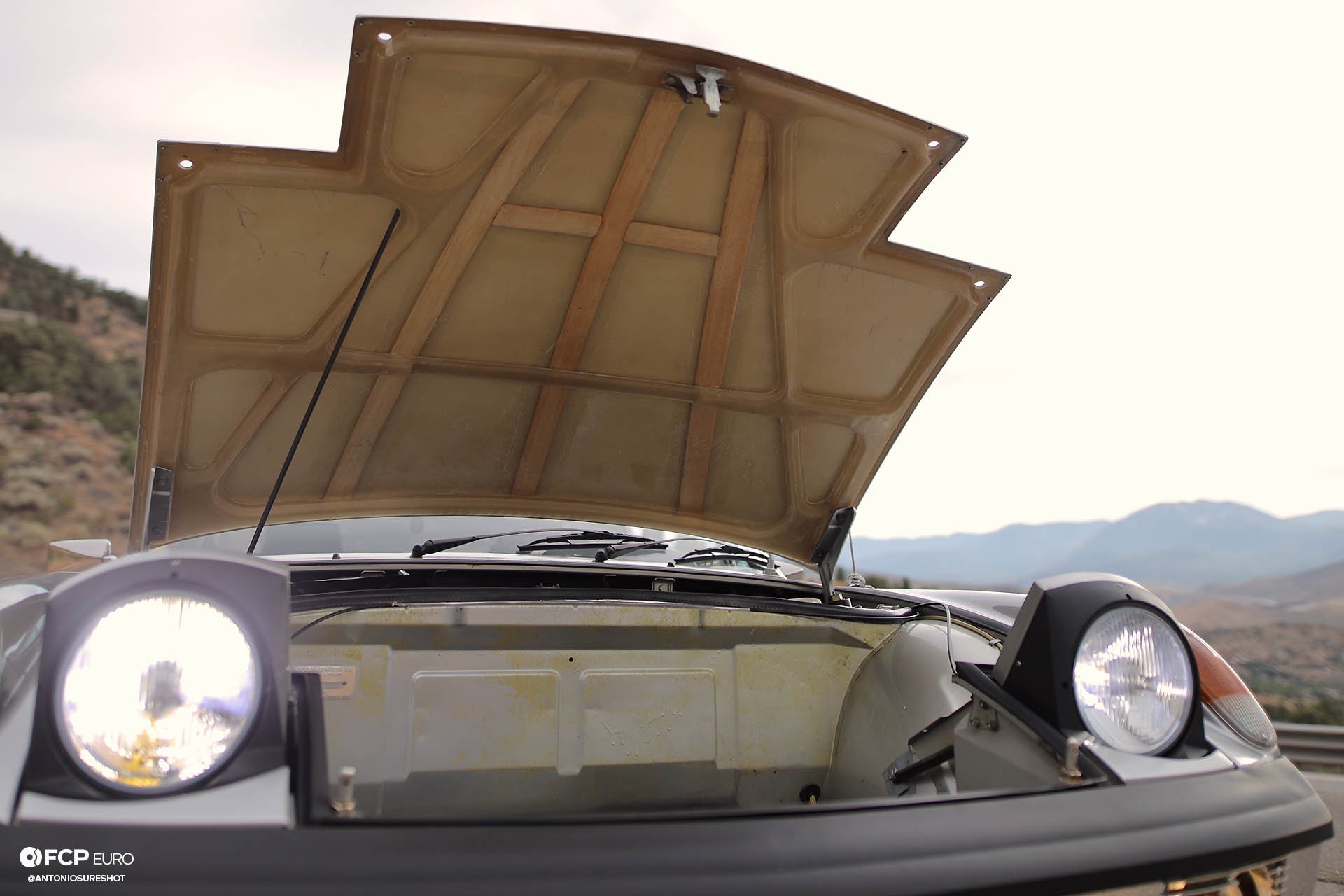 Essentially, he built his own version of a 914/6. You’d probably expect some sort of crazy build out of the engine, but a 3.2-liter at 235-horsepower in a 1900-pound chassis is plenty. On top of that, Rob replaced the already lightweight hood and rear trunk lids with fiberglass replacements. 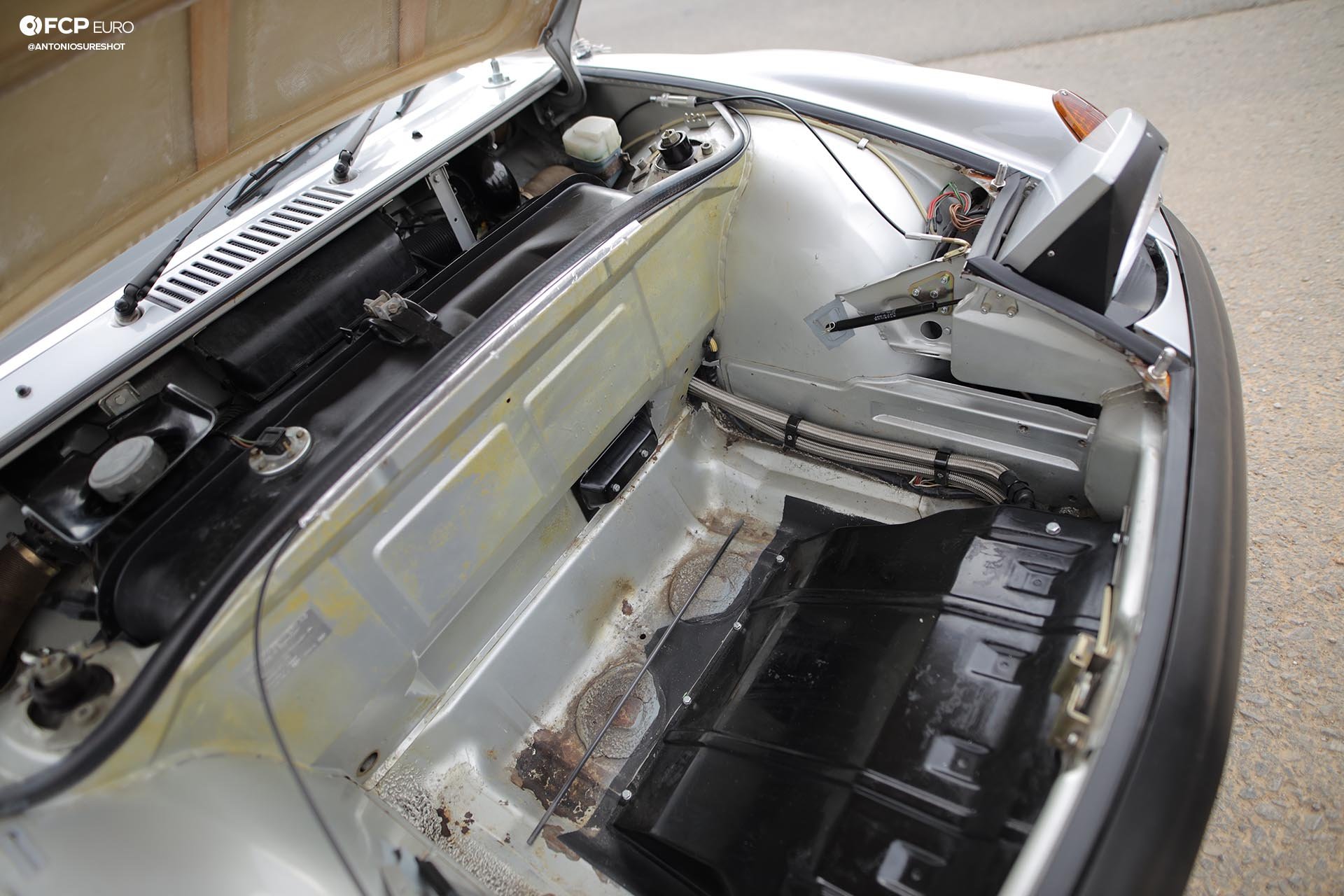 When you add it up, it's pretty much like gaining 125-horsepower over the 901/3 boxer and safely puts the car into the 8.08-pounds/horsepower category. That’s better than an E90 M3 or a Ferrari Testarossa, giving this 914 a power to weight advantage in a tight autocross course. On high speed race tracks though, those same cars would most likely eat him alive due to the aggressive re-gearing of the Porsche 901 transaxle. 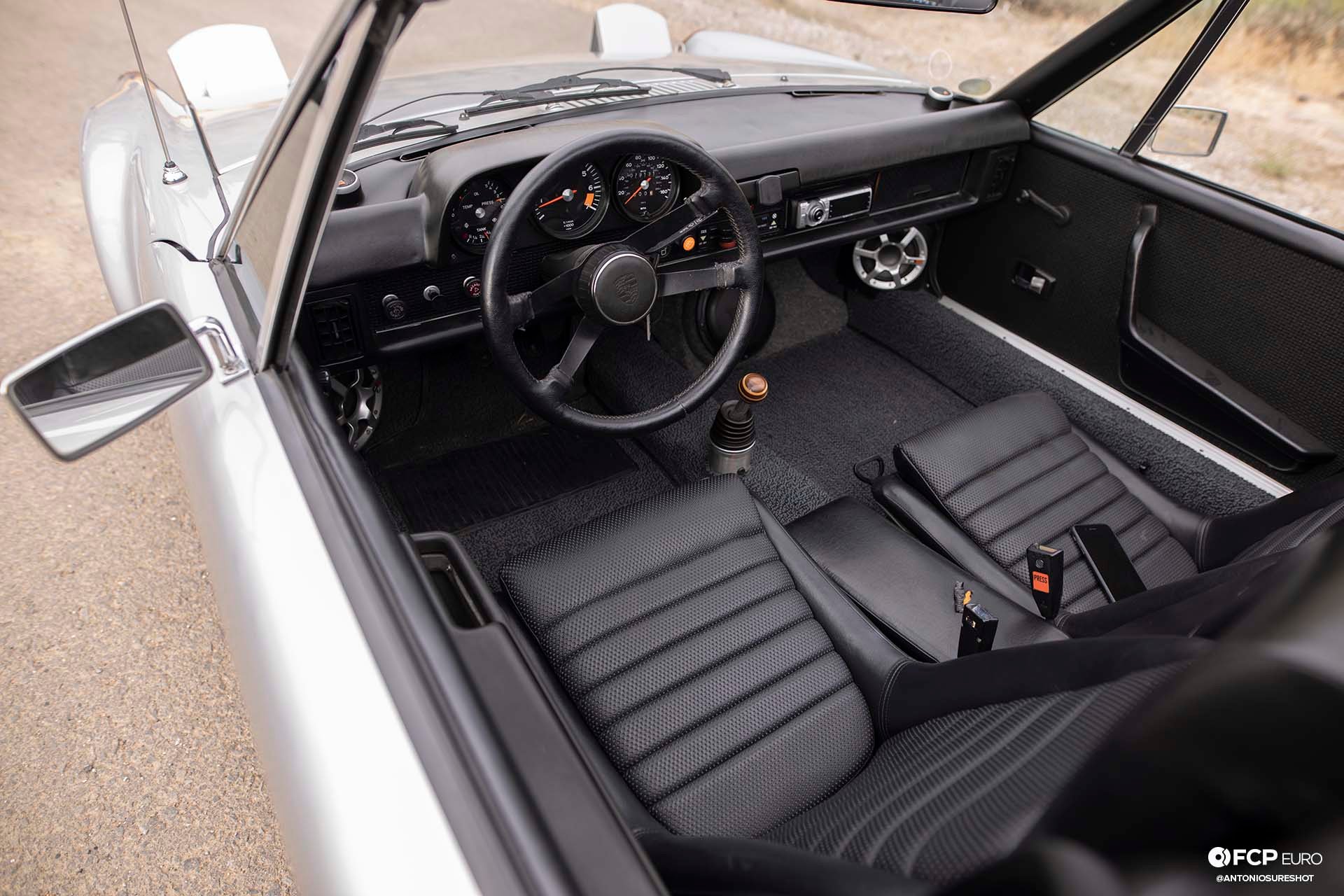 The interior has been replaced but it’s all reproduction parts. A 914Rubber.com dash replaced the aging one originally in it. The door cards and back pad core are made of fiberglass instead of weaker fiberboard now. The steering is also stock but has a solid steering bushing where the column connects to the steering rack. 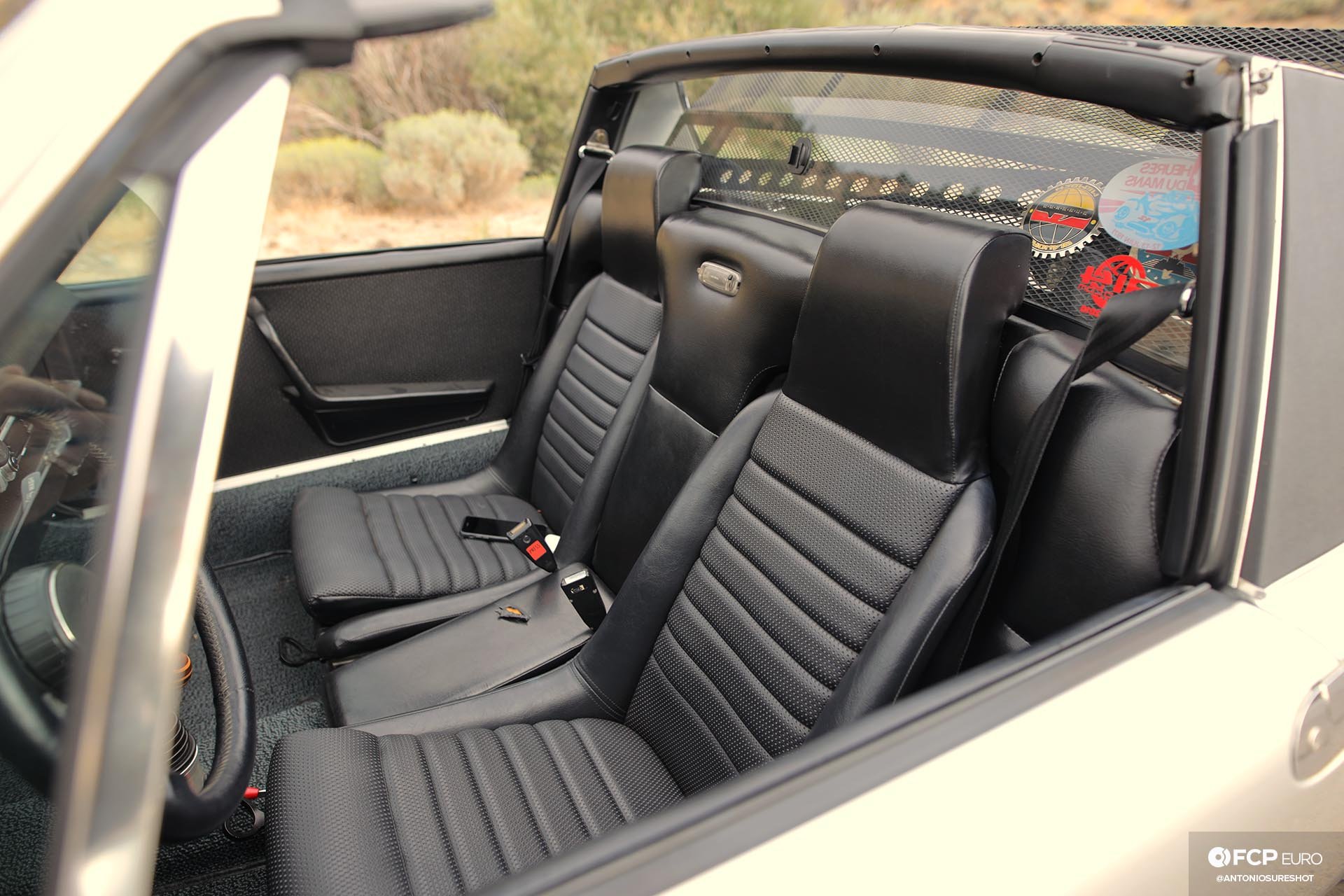 The seats are restored original 914 parts but a set of Safequip five-point harnesses keep Rob secure while driving hard. 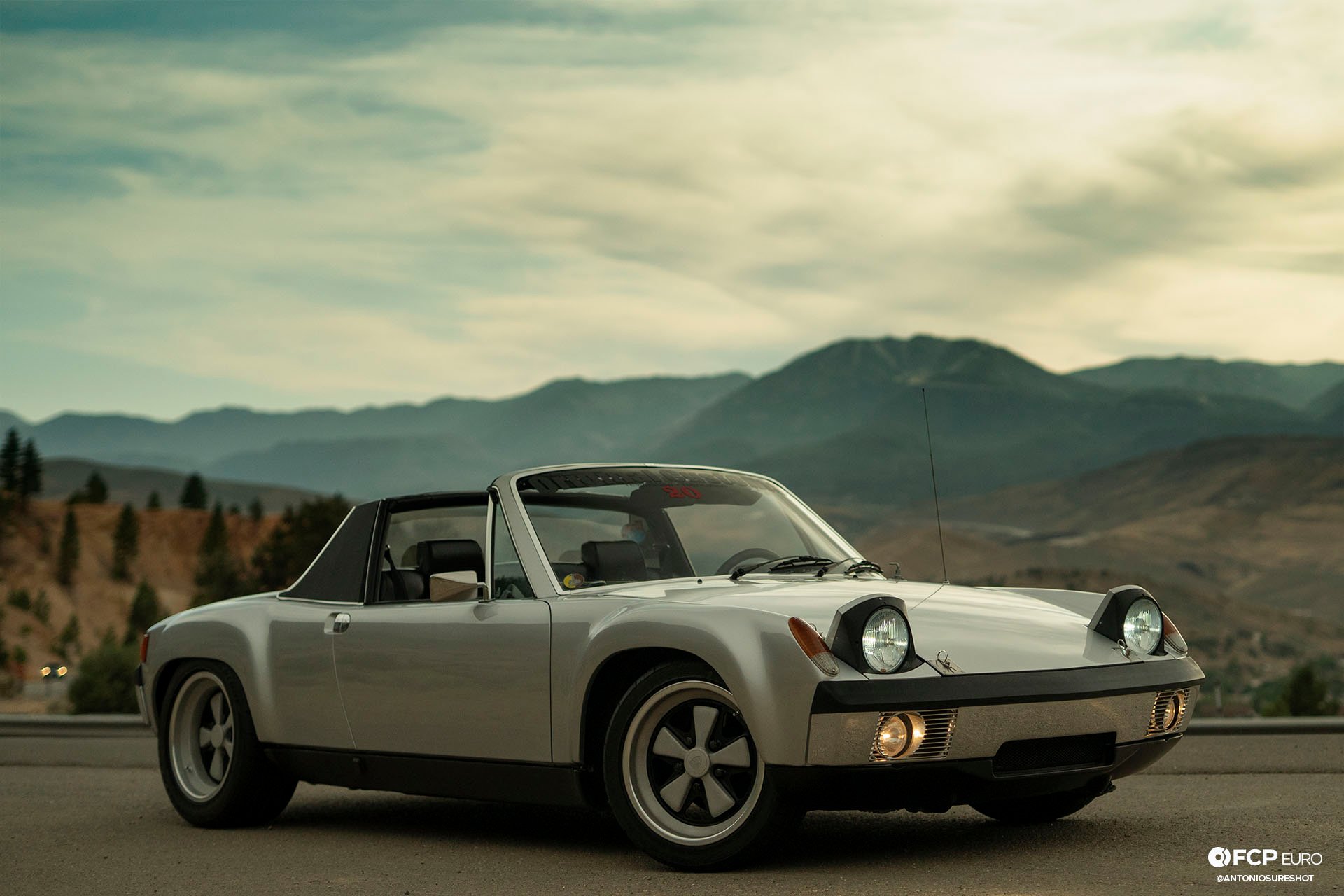 What really makes Rob’s car interesting is that it’s rather sedate looking. While the wheel arches are wider than stock using GT Racing 914 fender flares on the front and rear, they aren’t crazy looking. You couldn’t imagine that this 914 was packing the power it does. Fortunately, it allows for a nice set of wheels to fit that work well with the 914’s looks.

The oil cooler gets air by way of a reworked, but stock front bumper by Mark DeBernardi over at Original Customs in Grand Rapids, Michigan. However, there are more modern touches thanks to the use of PCB LED lights along with that beautiful paint job that was shot by Gilbert Dayao. 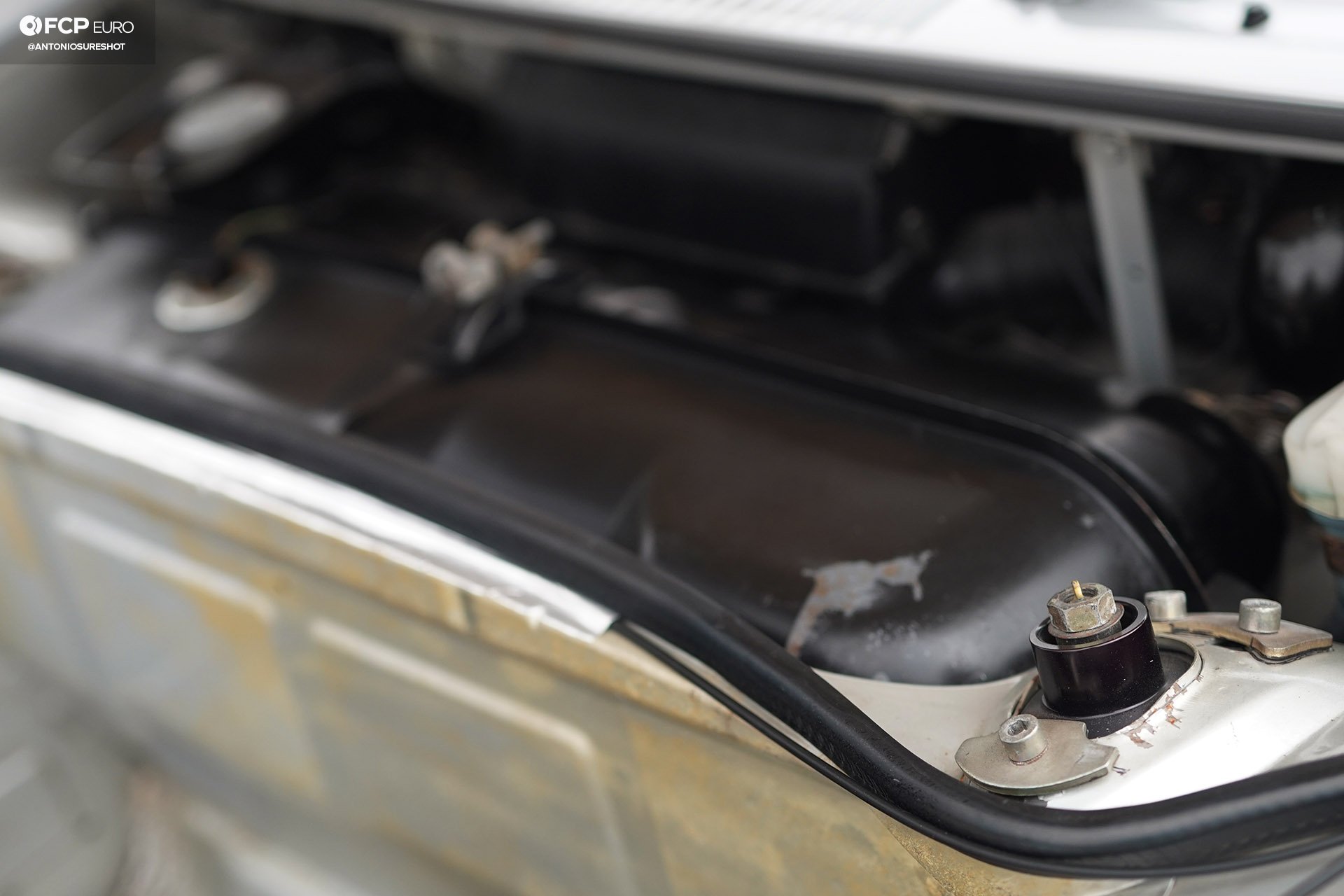 The suspension on this Porsche is purely racecar, with Elephant Racing bushings replacing all of the rubber components. Tarret Performance sway bars replace the lackluster versions of the original 914 and allow for adjustment of body roll control. Further suspension adjustment comes in the form of Koni Sport “Yellows” twin-tubes all around. Both the inserts for the front and the shocks in the rear adjust with a needle rod that changes rebound stiffness. 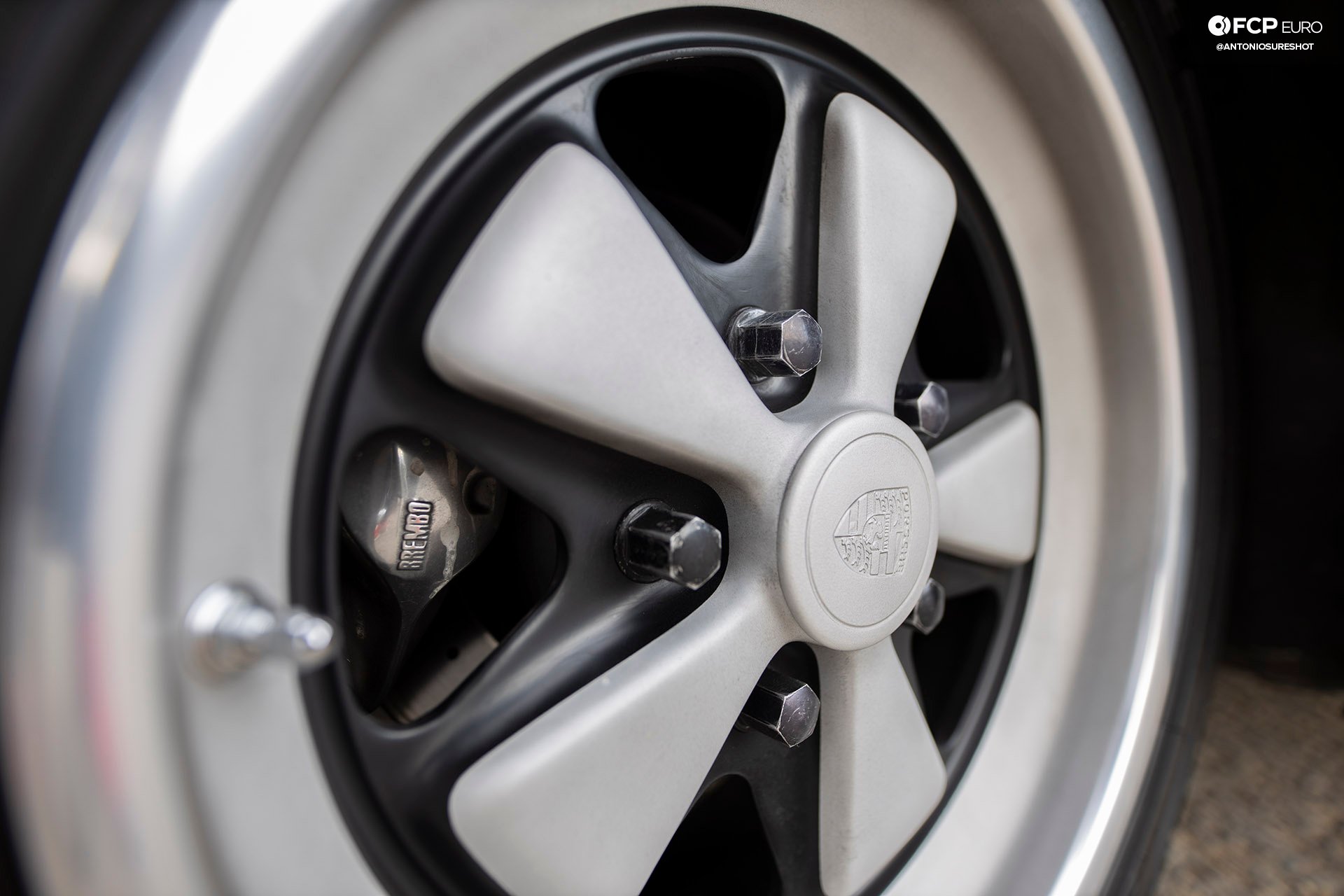 Those classic looking wheels are a set of Fuchs in RSR finish. The front are the original 16x7 measurement while the rears were rebuilt by the legendary Harvey Weidman of Weidman Wheels in Oroville, CA. They are now a pair of 16x8.5 width. The tires changed depending on what he’s doing with the car. For street duty, a set of Bridgestone Potenzas are used. 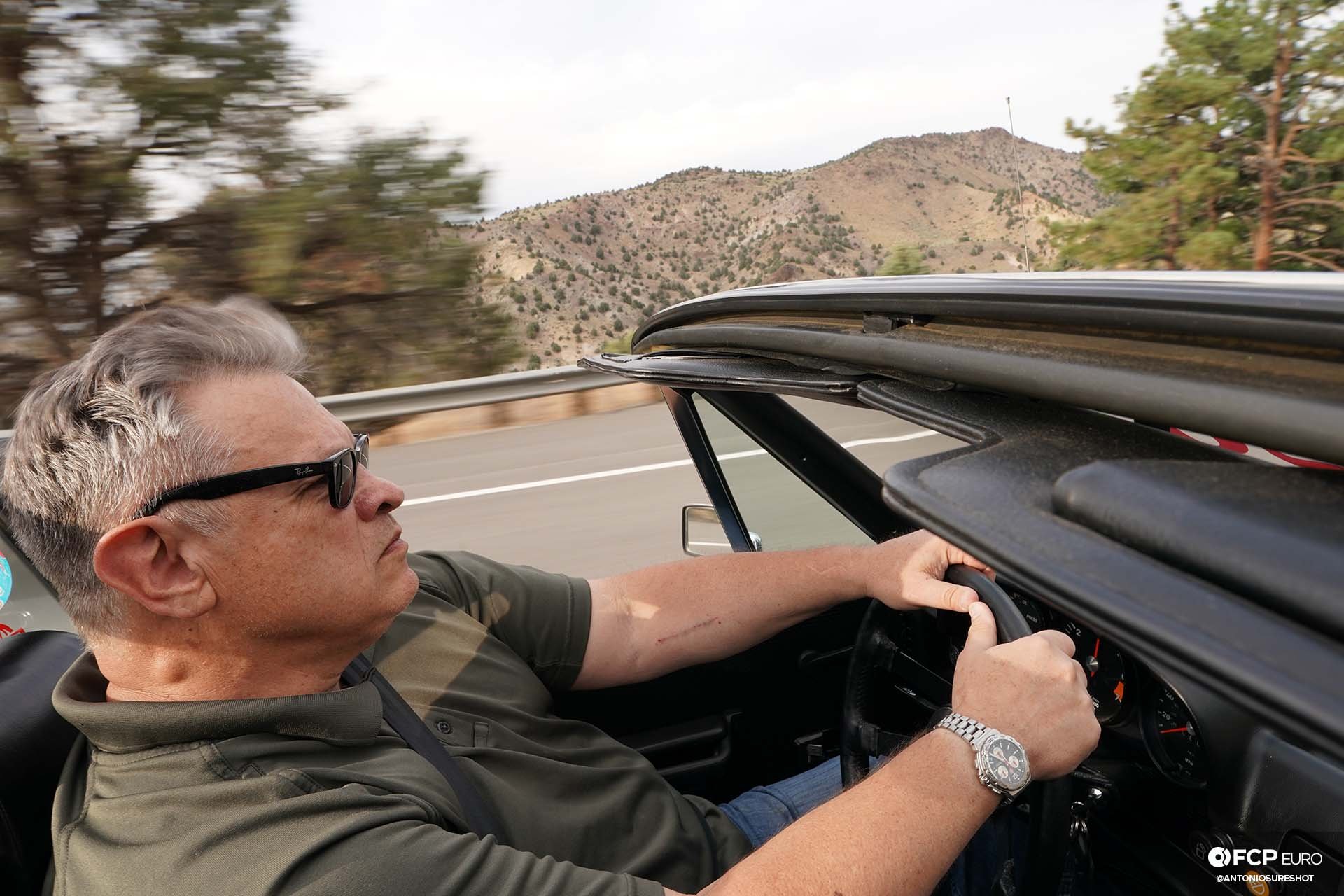 Rob loves to let his car stretch its legs on Northern Nevada's best winding mountain roads, but also loves to practice technical cornering at SCCA Solo2 events. For Autocross duty, Rob uses a set of Hoosier A7 DOT radial tires in 205/45R16 in the front and 225/50R16 in the rear, the same sizes are also used on the Bridgestones. Now, something to keep in mind, even though they are a “DOT” tire, they aren’t street legal. The “tread” they have are just there for wear indication at best and provide no wet weather traction. For all intents and purposes, they are slicks. 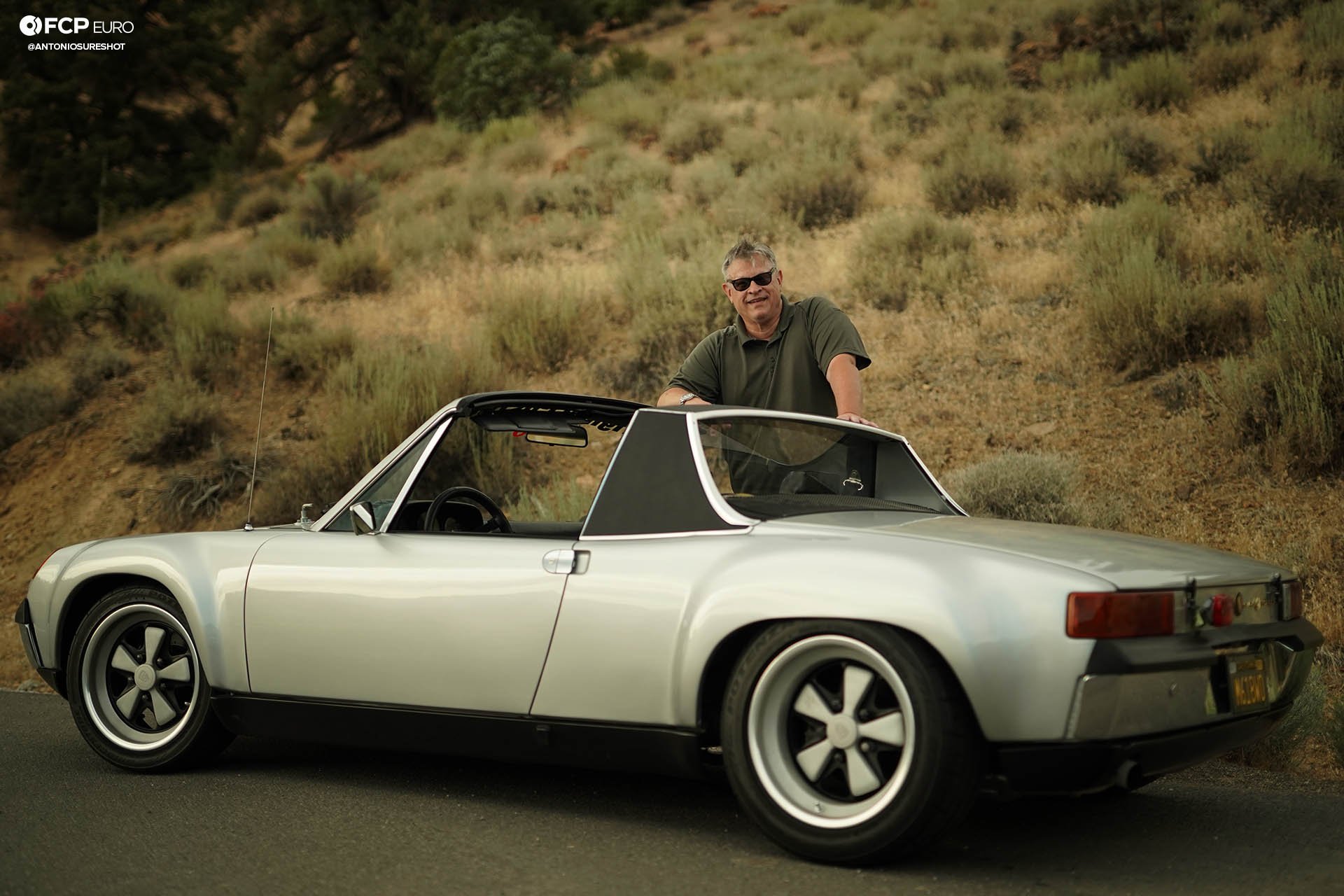 It’s easy to get a modern car and bolt parts on but to Rob, there is something missing when its done. “Today the easiest thing to do is go buy a Honda or Suburu and bolt on some parts,” he admits. “I just don’t think they have the soul I feel with the 914. It’s probably just the fact that the 914 was the latest and greatest when I was young and impressionable. My kid will probably find a soul in these cars when he is older.” 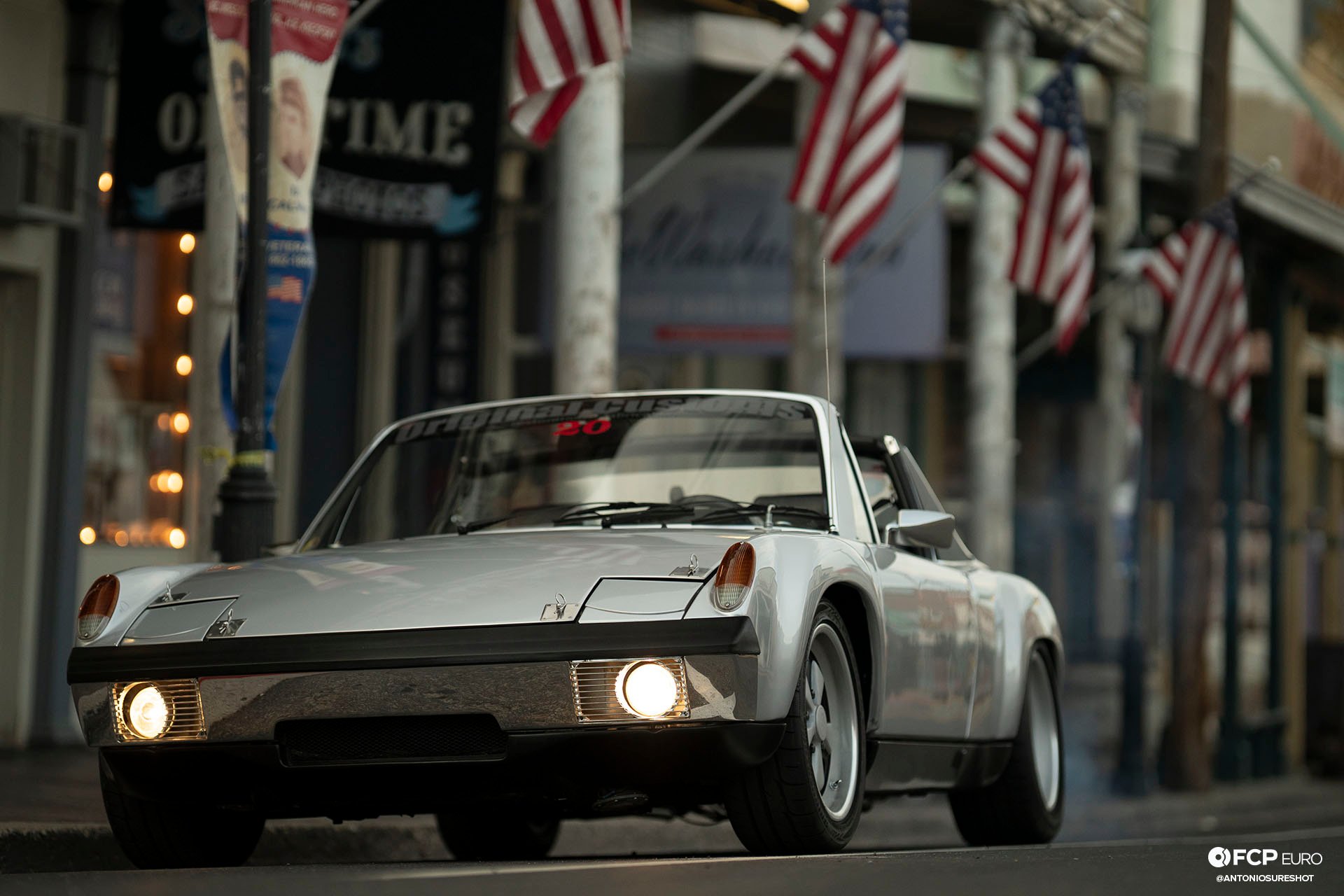 “I have been extremely fortunate in this build,” he continued, “The 914 has been on an upward spiral which doesn’t seem to have peaked. The upside to that is that some very innovative people, who mostly gather online at 914World.com, have come up with many very cool things that I have incorporated on the car.” While Rob states that the 914 has soul because of how he viewed it growing up, maybe that isn’t it. 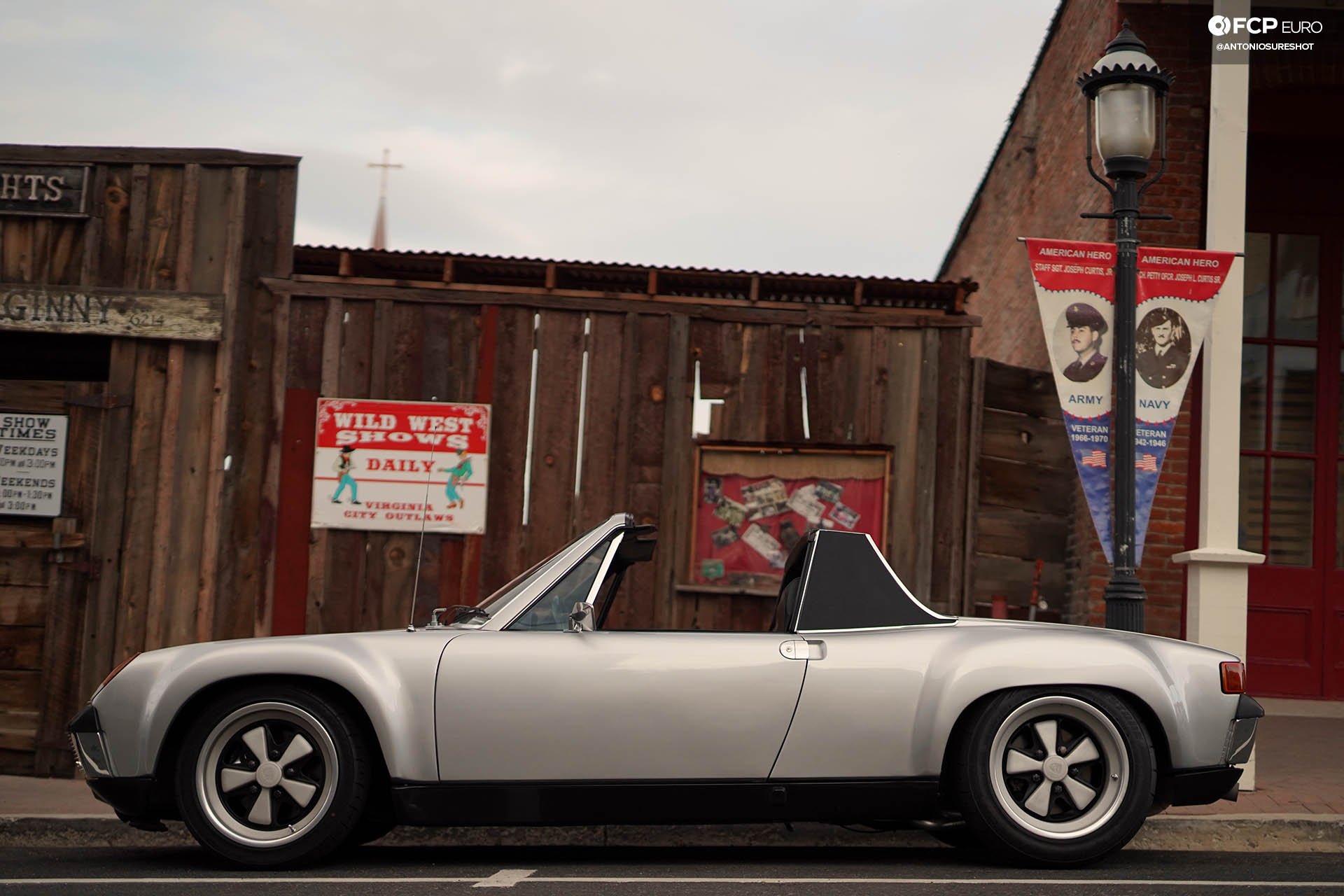 Maybe the soul of the 914 is in the community it has created around it. Bringing people together who recount the days of their own “everyman Porsche.” Its story is that of the classic car underdog, the car Porschephiles seem to forget when recounting classic mid-engine cars with the Stuttgart crest. A car that doesn’t have the snobbish attitude attached to it like the 911 can, and a story that people can relate to because it was everyone’s at one time.

The 914's soul is made up by pieces of the souls of the regular people attached to it.

If you enjoyed Rob's 914, you can find additional Porsche-related content at porsche.fcpeuro.com, as well as more build features like this one, here. If there's anything specific you would like to see, or if you have any questions/comments, leave them in the comments section below.