When Michael Essa–the only BMW driver in the Formula Drift paddock with an actual BMW engine–reached out to FCP Euro and LIQUI MOLY for a partnership, it was a match made in heaven.

Essa, in his 12th year of competition with Formula Drift, runs a Porsche/BMW race shop in SoCal. FCP Euro, one of the largest online retailers of European car parts, just finished a championship-winning 2019 season racing VW GTI TCRs in TC America. LIQUI MOLY, with its extensive history in motorsports and powersports, has seen tremendous success in IMSA, TC America, Trans Am, Formula 1, MotoGP and MotoAmerica. Considering FCP Euro sells parts for Essa’s turbocharged BMW E46 M3—including all the LIQUI MOLY products he could ever need along with the S54 favorite 10W60 Race Tech GT1—the partnership was a no-brainer.

The BMW E46 M3 has proven to be a formidable chassis for Essa, despite competition from newer, more advanced cars in the field. Essa has stuck with the E46 as it suits his smooth, fast, high-angle driving style.

“I love that I’m able to retain the OEM S54 engine,” Essa explains. “Some think of the S54 as an unreliable, high-maintenance powerplant, but in reality, a well-built one will last years.  It’s arguably more reliable than the six-cylinder drift car go-to engine, the 2JZ.”

BMW is FCP Euro's most popular make, and California is its biggest market for growth. The drift community has seen FCP Euro’s own Mercedes-Benz E55 AMG drift car at events like Sonoma Drift and GRIDLIFE, but competition within Formula Drift is a whole new level.

“The buzz and media coverage of Formula Drift was an arena that we couldn’t ignore any longer,” explains Michael Hurczyn, Brand Director and driver of the #71 FCP Euro GTI TCR. “We’ve been waiting for the perfect opportunity to get ourselves involved with the series professionally. We’re especially excited to have that chance with Michael Essa this year,” he adds. 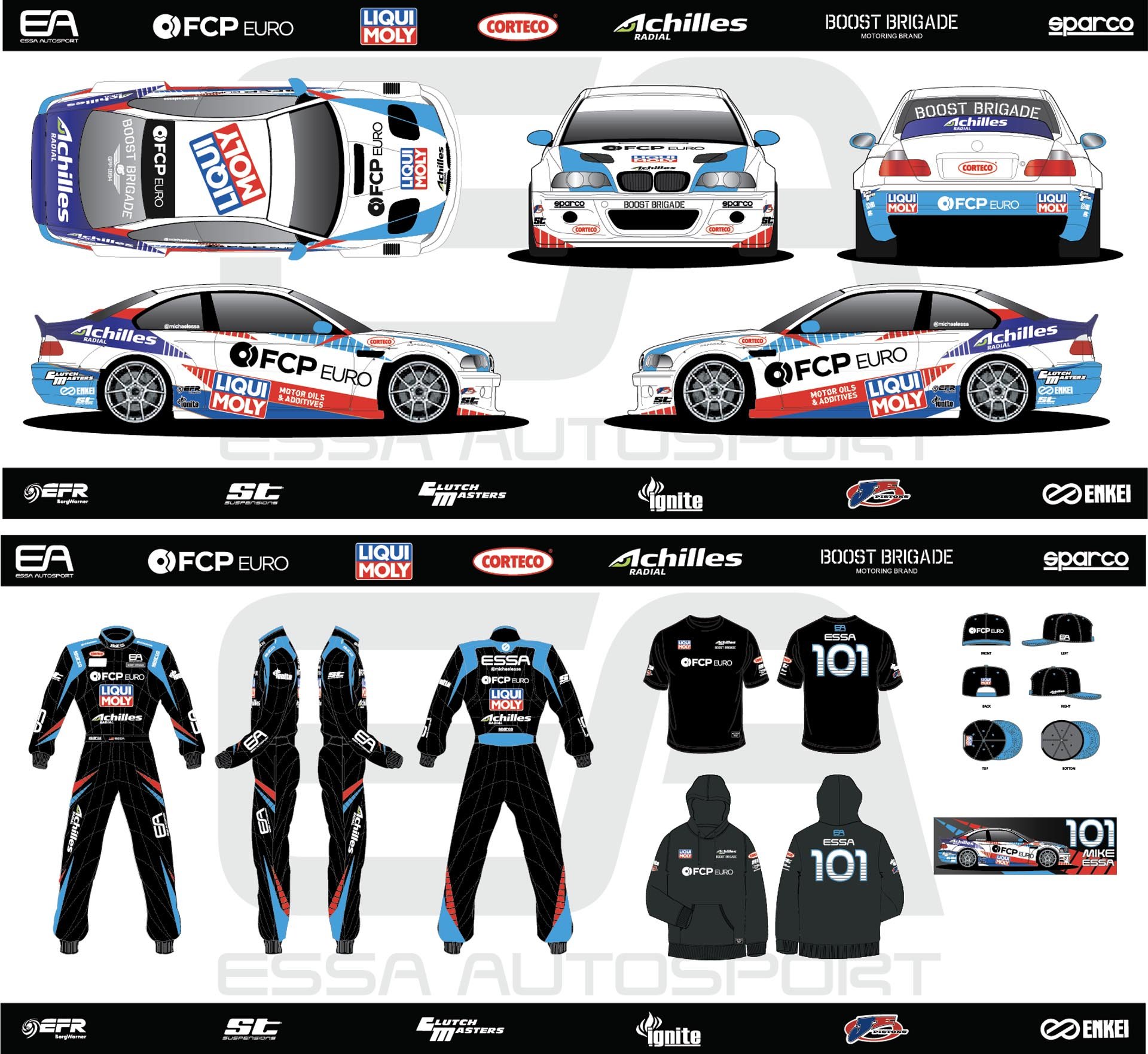 “This partnership will provide thousands of people the opportunity to see and experience LIQUI MOLY's success in intense driving conditions, just as it has become a staple in daily driving, too,” explains Sebastian Ziegler, CEO of LIQUI MOLY USA.

With a winning car, a winning driver, and a winning combination of partners, Essa is on track to repeat his success from 2013. The ultimate test will be during the first round of competition on April 10 during Formula Drift Long Beach, where drivers will battle head-to-head to fight for the top spot.

FCP Euro is an online retailer of Genuine, OE, and OEM auto parts for European cars, specializing in BMW, Volvo, Audi, VW, Mercedes, and Porsche parts. Since 2001, FCP Euro has raised the bar for service and quality in the automotive industry and has become recognized by enthusiasts as the premier source for OEM and Genuine car parts. With a Lifetime Replacement Guarantee on all parts, Hassle-Free Returns, and free shipping on orders over $49, FCP Euro has continuously challenged the boundaries and advanced the standards of quality, service, and technology in the automotive industry.