If your air-cooled Porsche 911 leaves spots of gear oil on the floor, with a few tools and a couple parts, you can seal your transmission back up.

If you have ever peeked under your air-cooled Porsche 911 and noticed the gearbox was absolutely filthy, you can be sure it has a steady gear oil leak somewhere. This gear oil leak is making the gearbox more difficult to shift every day and eventually could lead to expensive gearbox failure. Fortunately most gearbox leaks can be traced to a few common sources and are not difficult to fix. Find out with this short procedure.

All manual transmission Porsche 911 cars 1989 and earlier. The photos shown here are on a 1983 911SC but the general procedures apply to all years within this range. Consult a service manual for detailed information on your particular model year’s part numbers and torque specs.

Note: Most of these repairs can be done with the gearbox and engine in the car, however it is easier to drop the drive-train and put the gearbox on a stand or a workbench, especially if you have other engine repairs to do in difficult-to-reach areas. Follow this procedure to find out how.

Raise the entire car on jack stands using this procedure.

Degrease as much of the gearbox as you can. This may be an overwhelming task because if you are reading about how to address gearbox leaks yours is probably covered in old grease and road grime. If this is the case, at a minimum clean the area around the seals you suspect may be leaking. 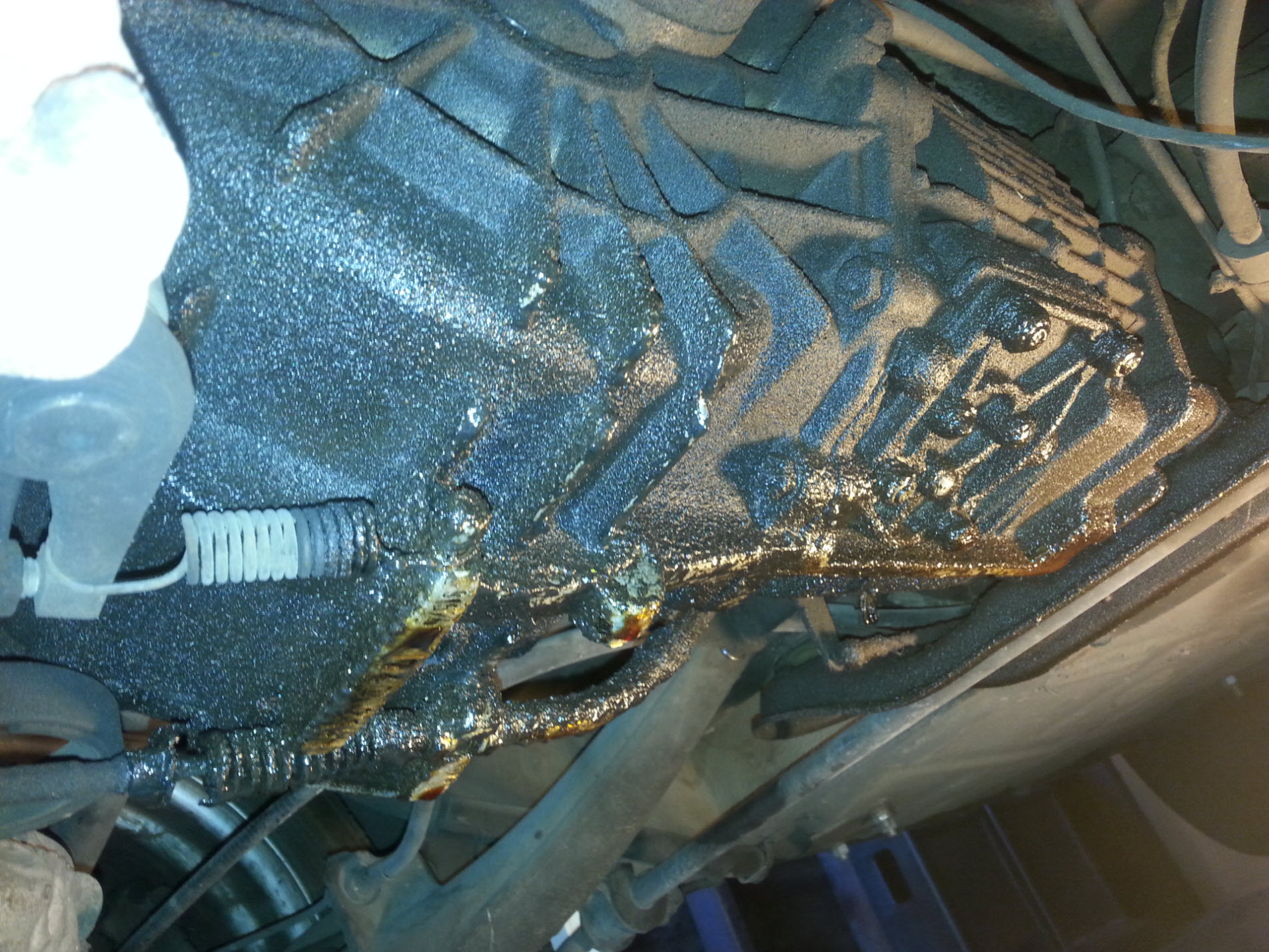 Locate the oil fill plug on the side of the case, remove it, and check the oil level using a finger. It should be at or very close to the very bottom edge of the oil fill plug hole. If it seems very low, you may want to top it off while you drive more and diagnose the leak. 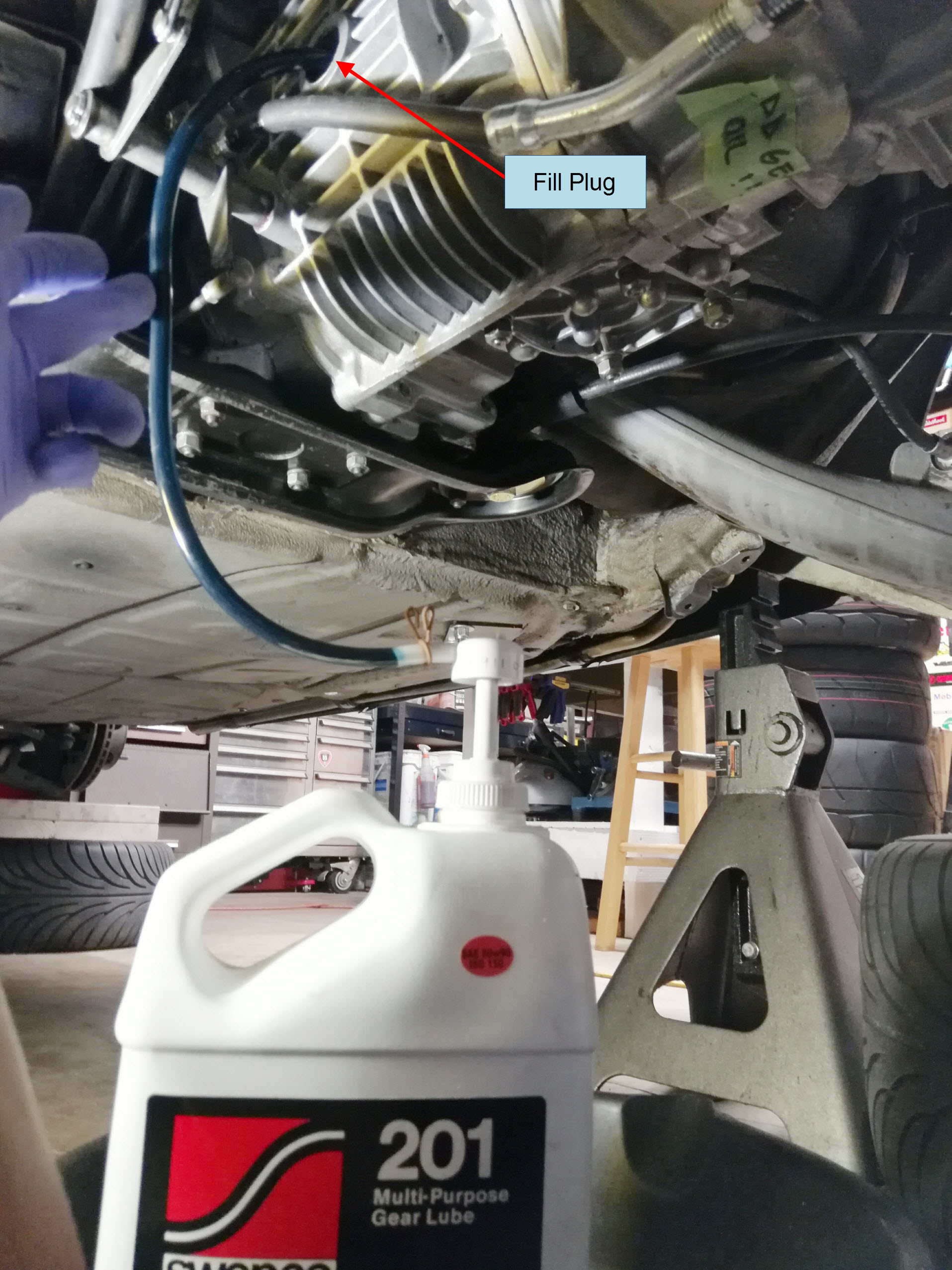 Put the car back on the ground and drive it to see if it starts leaking again. When you find a fresh gear oil spot on your garage floor or a drip on the gearbox case, put the car back up on jack stands to get a closer look at the leak. There are four basic areas where it may be leaking:

If it is leaking from the seams between gearbox case sections or the differential side plates, you are facing a more serious situation that may require a professional to assess overall gearbox health. This is out of the scope of this article.

Drain the gearbox oil to prevent any spills while replacing any seals. Locate the fill and drain plugs on the case. The drain plug will be on the bottom. 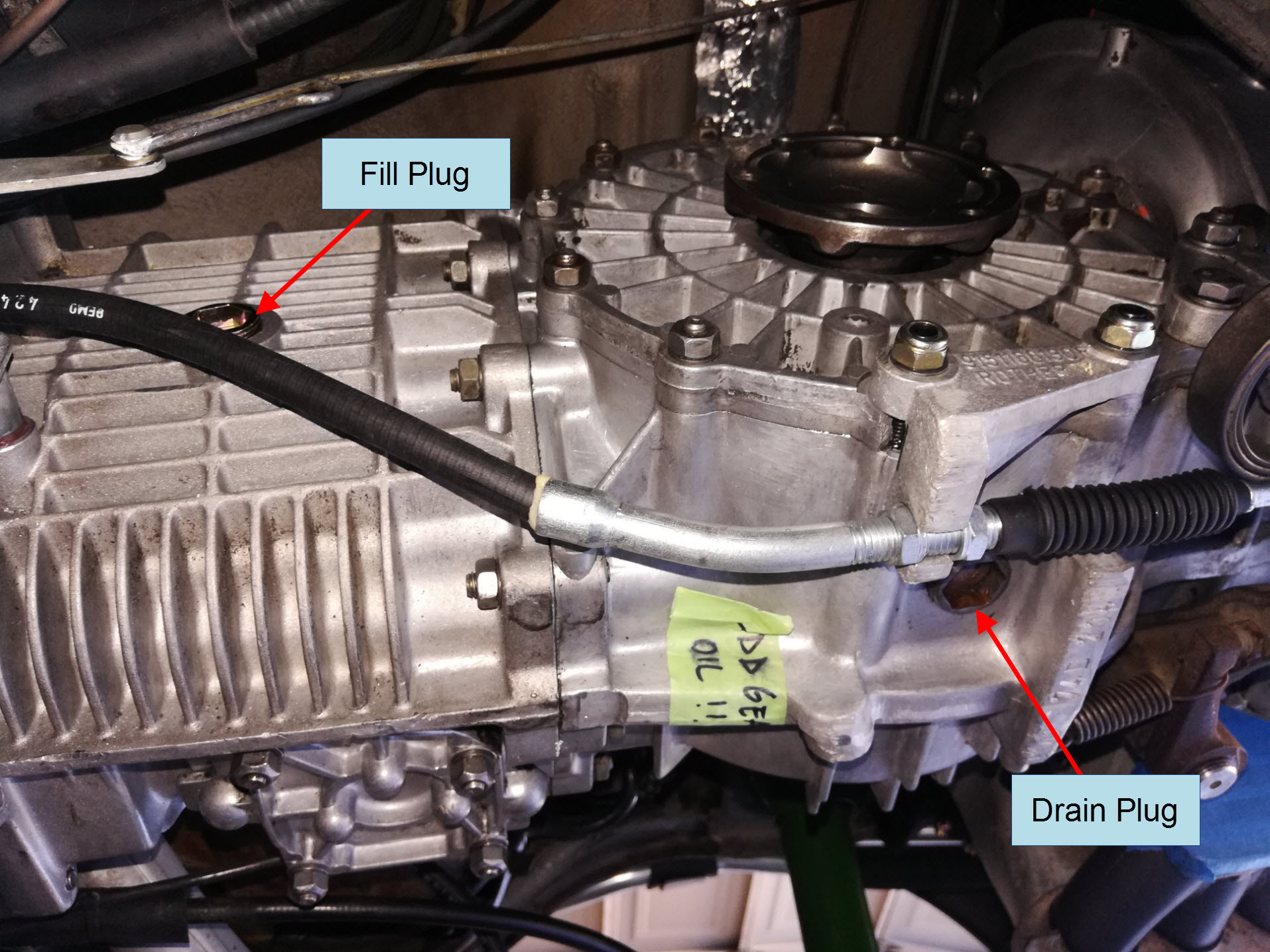 It is recommended you remove the gearbox and engine in order to service the gearbox. It is not required for most of the seal replacements but eliminates issues with tool clearance and contorting at uncomfortable angles underneath the car. It is best to drop both as a unit as they stay well balanced on the jack if you support them from the bottom of the engine oil sump. Also most gearboxes are fairly easy to lift onto an engine stand or work bench. 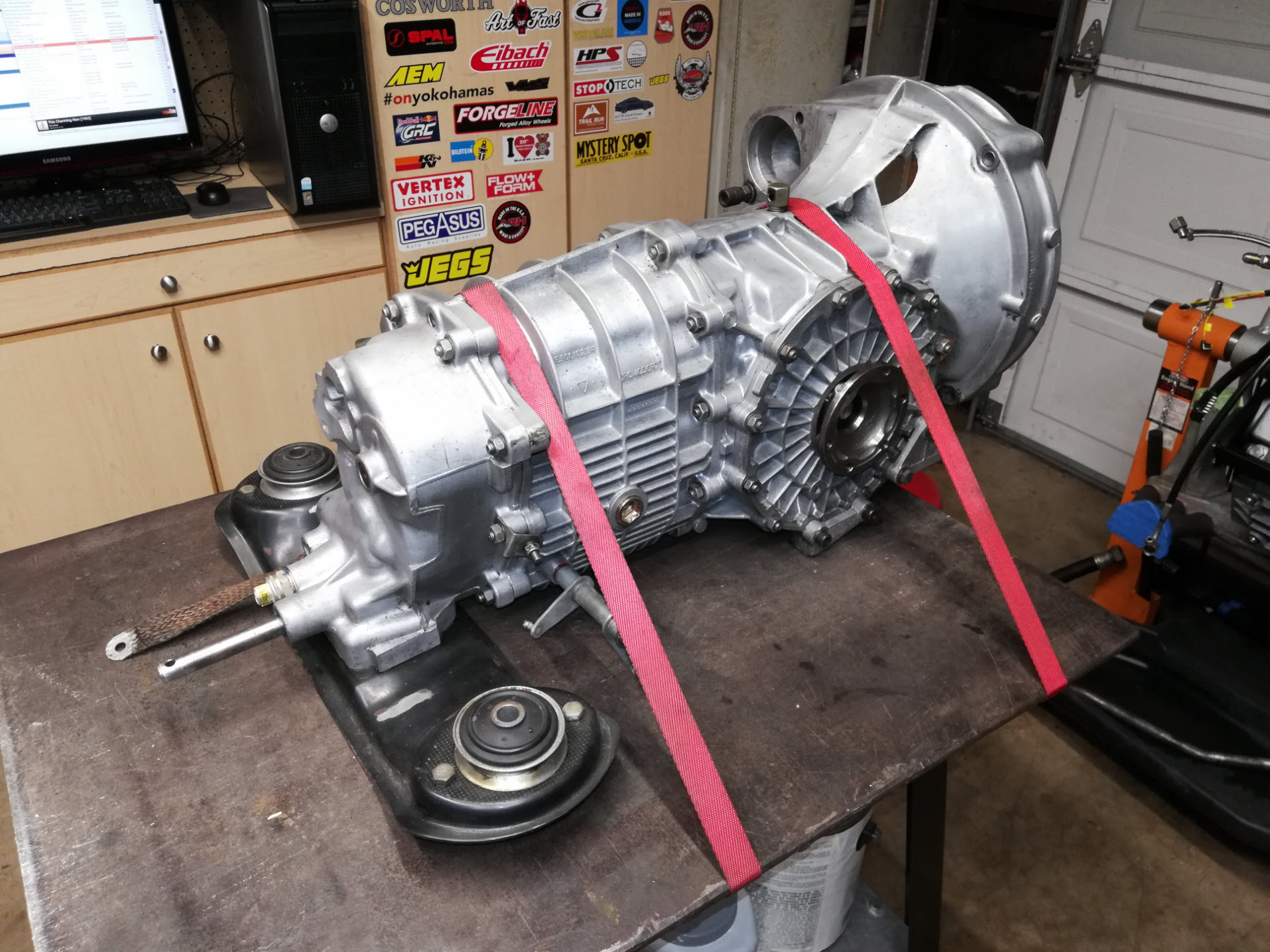 An easy procedure to accomplish this can be found here. The remaining photos will be shown with the gearbox out of the car for clarity.

This one can be done with the gearbox in the car. It is a very small round seal around the shift rod at the front of the gearbox. It is partially accessible from the shift coupler access panel in the floor behind and between the front seats. It can also be accessed from underneath the car.

You will need to mark the position of and remove the shift coupler using step 3 of this procedure. Next you will need a cotter pin extractor tool or pick tool that looks like a tiny screwdriver with a sharp tip bent at a 90 degree angle. 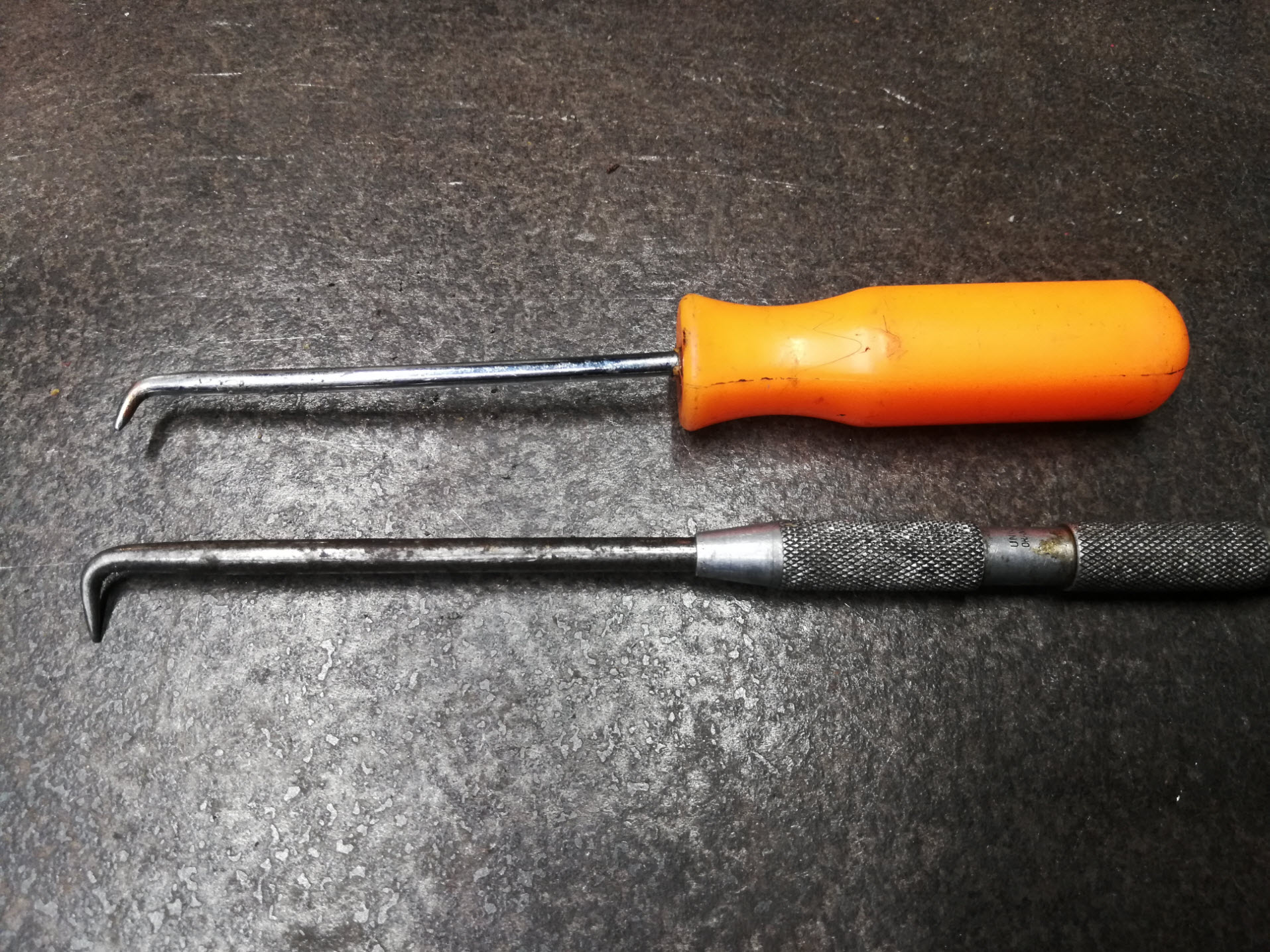 Hook the end of the tool into the seal and pull the seal out carefully without scratching the bore of the gearbox case or the steel shift rod itself. Once the seal is out, clean the gap that the seal sits in to remove any debris that could cause the new seal to leak. Apply a bit of non-hardening sealant on the outer diameter of the seal, insert it over the shift rod, and gently seat it into position using a small cylinder such as a small piece of PVC pipe.

Reinstall the shift coupler and re-adjust if necessary using steps 5 and 6 of this procedure.

These can also be done with the gearbox in the car but requires the removal of the CV axles. Follow Step 2 of this procedure to disconnect the inner CV axle joints from the gearbox stub axles. 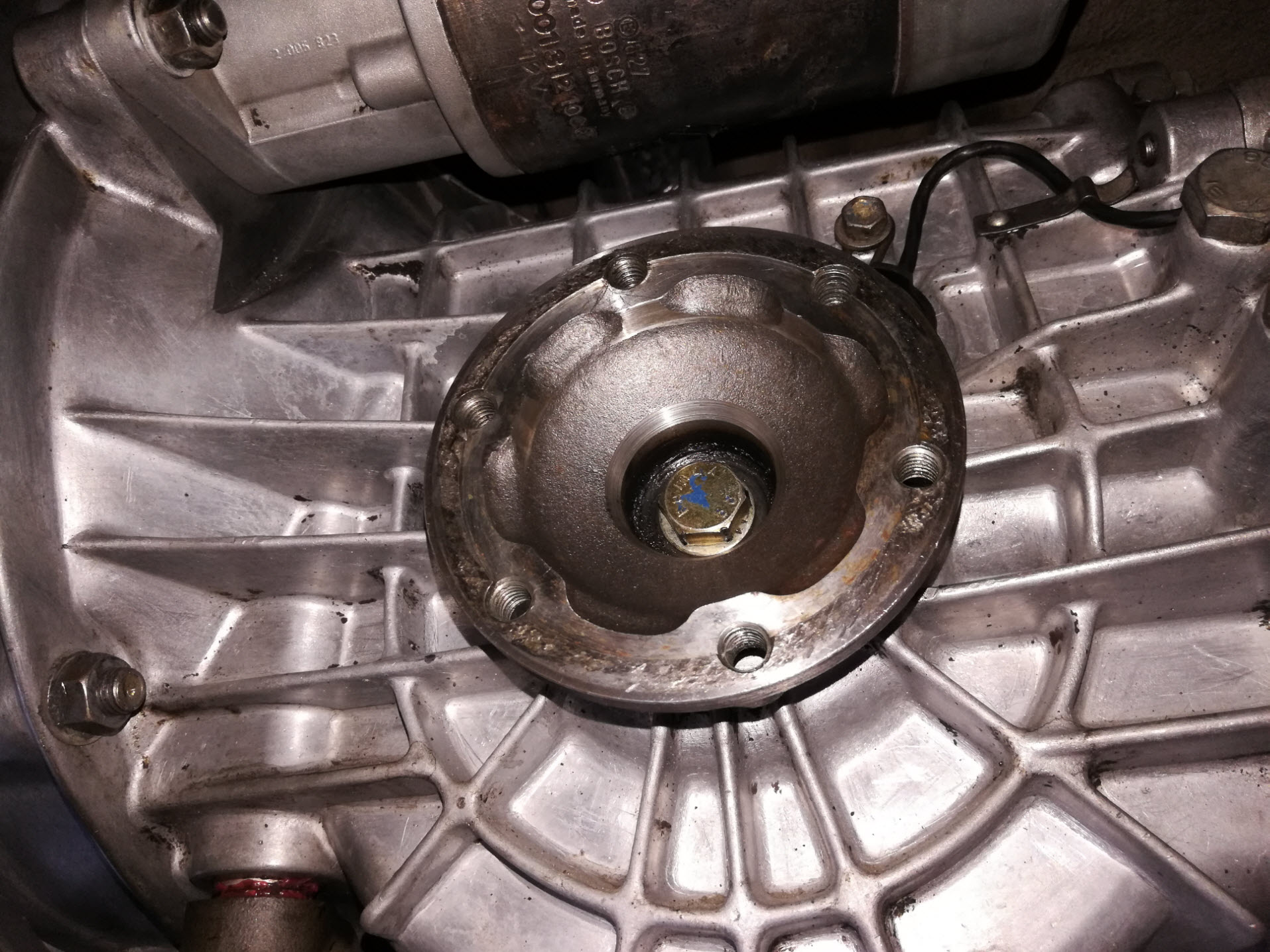 Once you have the stub axle exposed and cleaned off, thread in two old CV axle bolts into the flange by hand and use a large flat screwdriver to lever against the bolts and keep the axle from turning, while you use a socket and ratchet to loosen the bolt in the center. 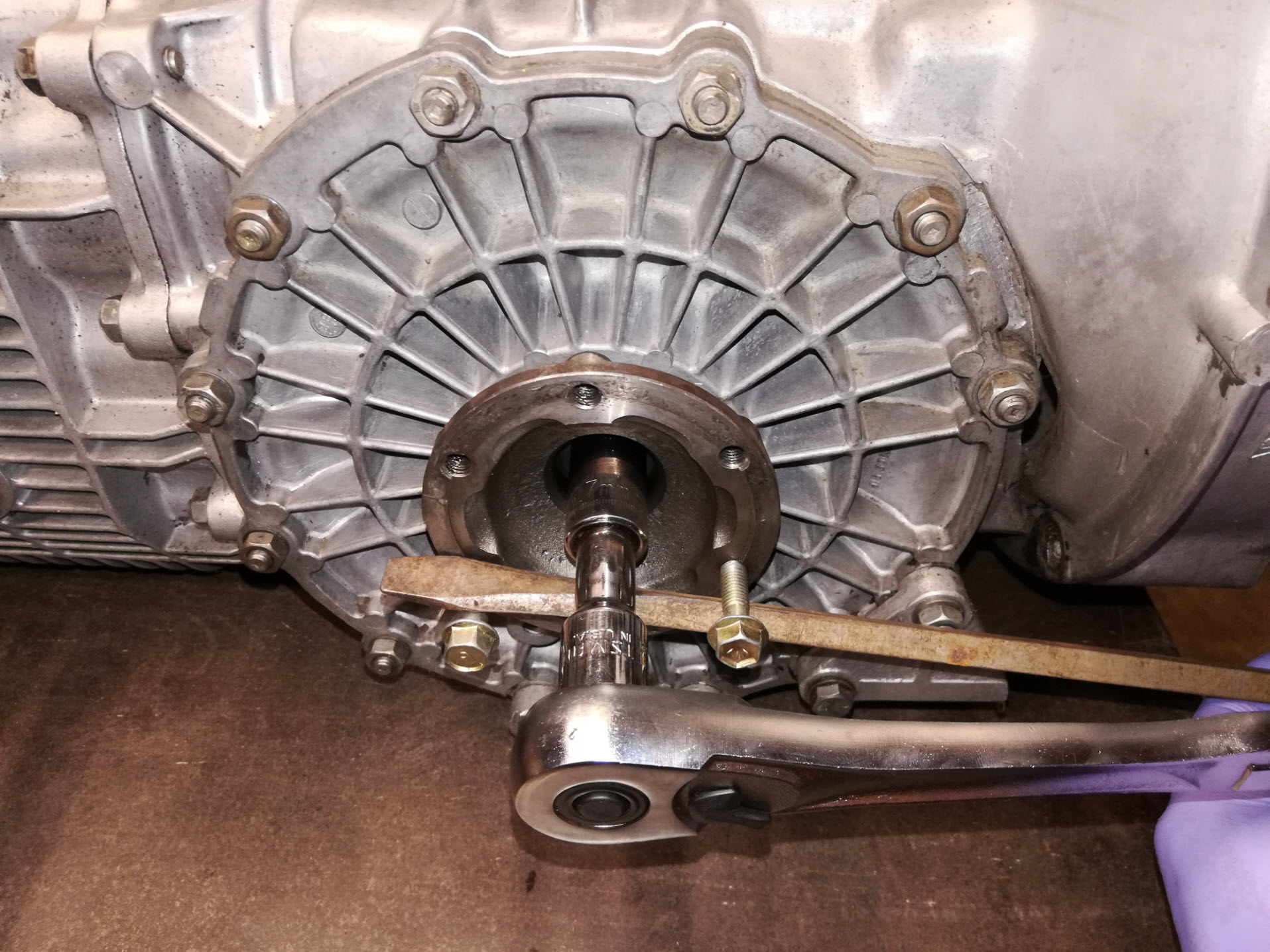 Once the axle is loose, remove the center bolt and washer and gently pull the stub axle off. 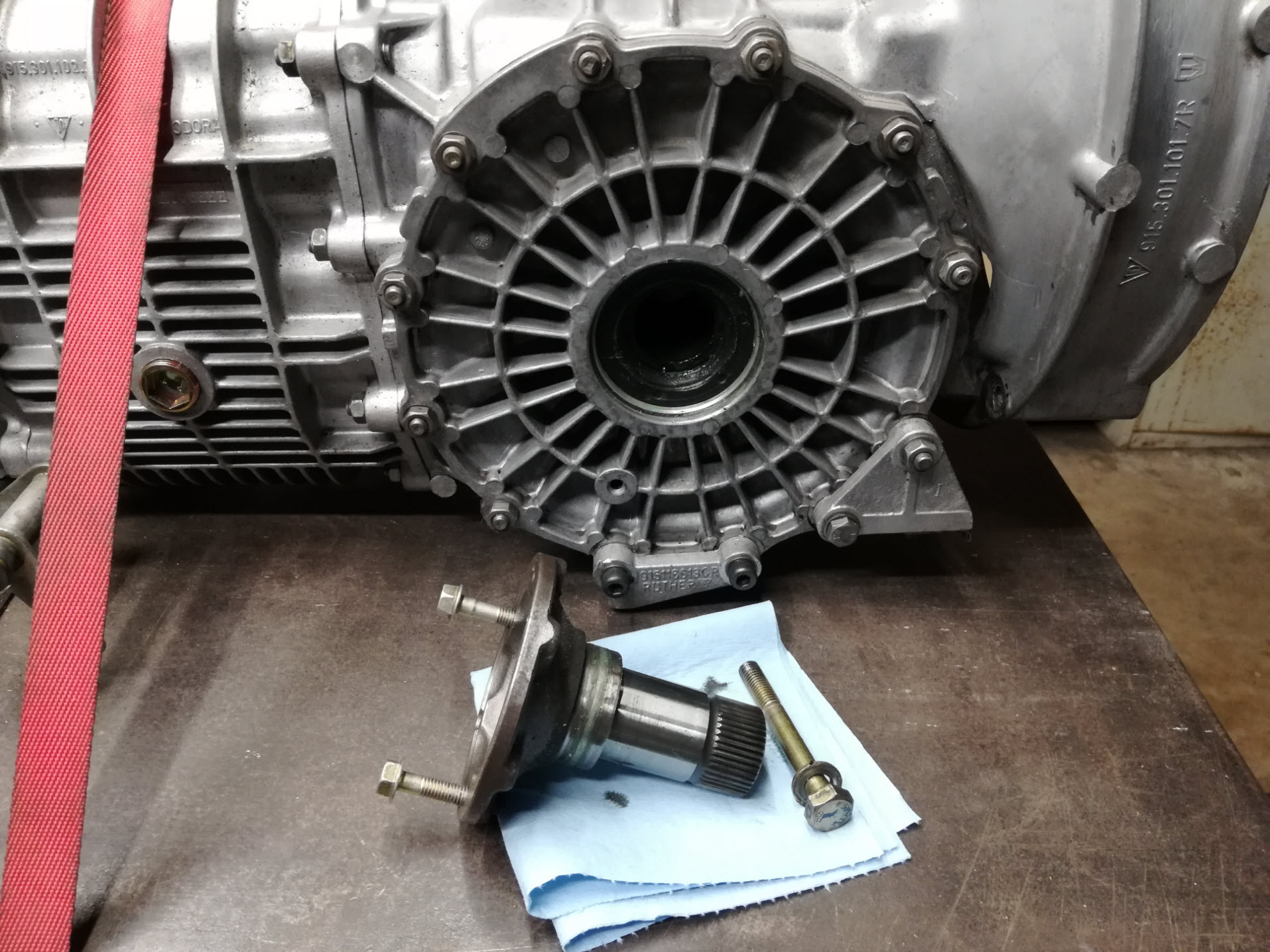 You should now see the bare stub axle seal. Before removing it, measure and write down how far the seal is recessed in its bore, so you can re-install a new one at the same position. 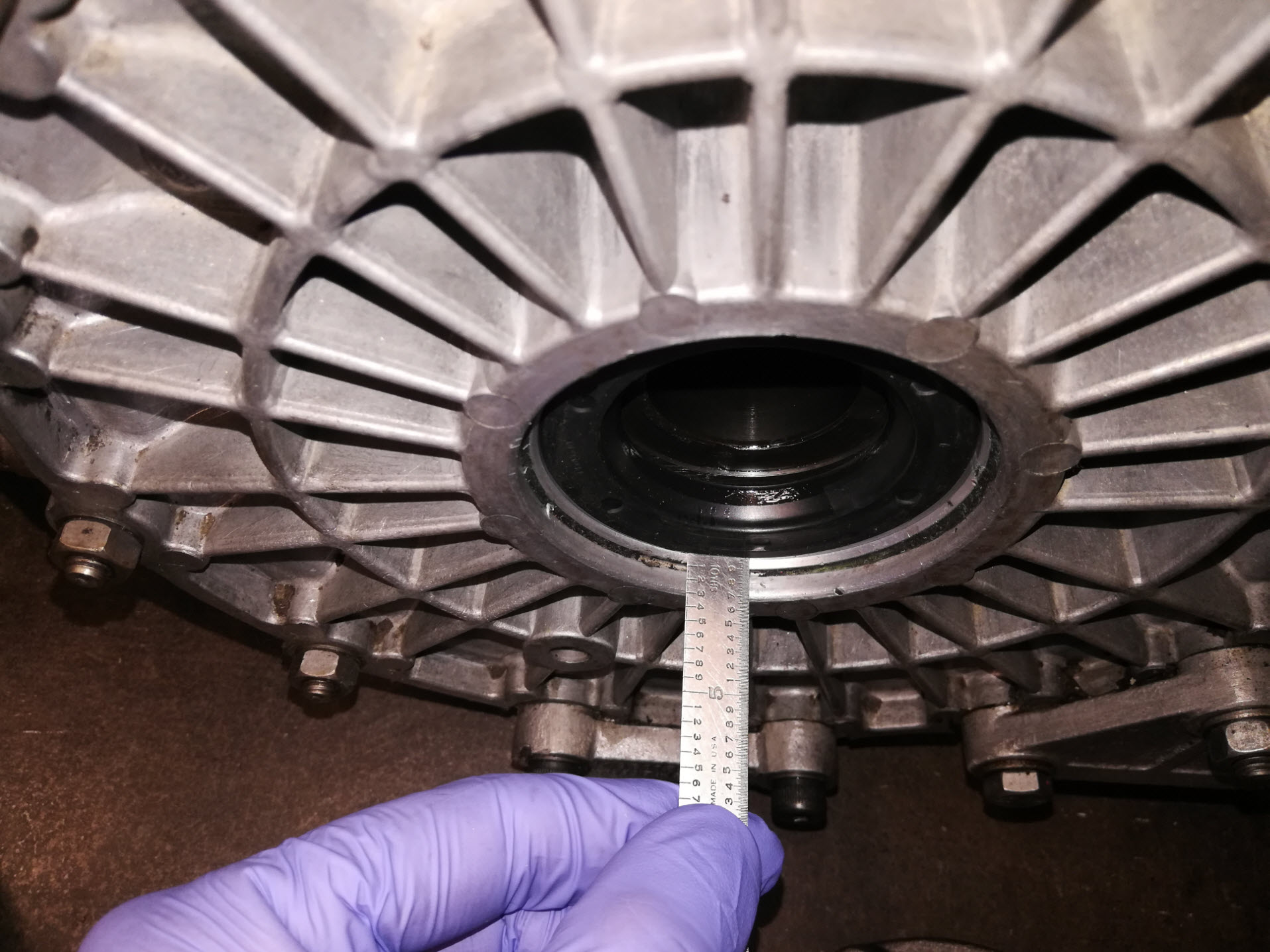 Now use a seal extractor tool, which looks like a flat T-shape with hooked ends, to hook an inner edge of the seal and pull it out. Be careful not to scratch the bore the seal sits in. 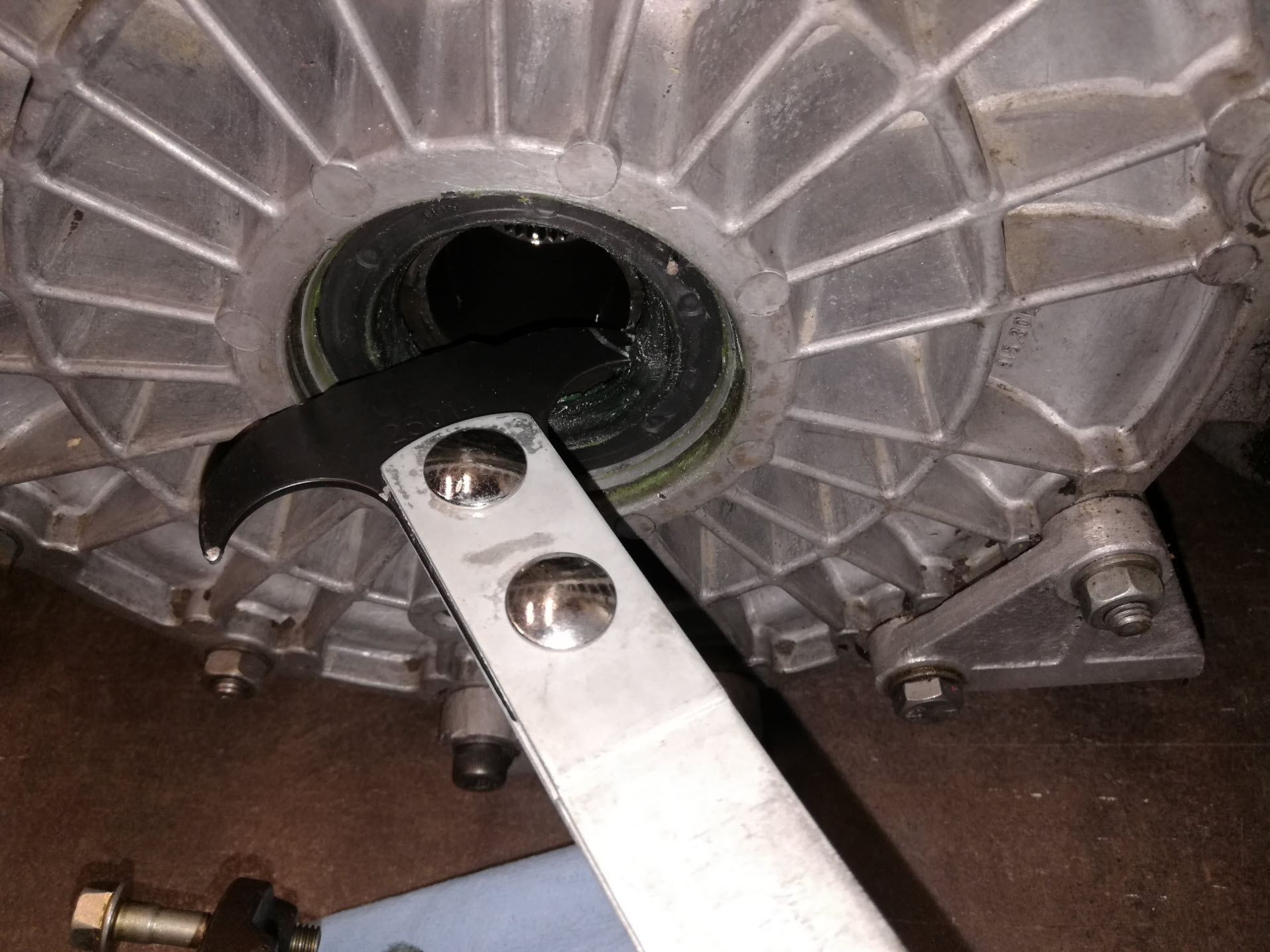 Clean the bore in the gearbox and carefully press in a new seal in the same orientation as the previous one. Drive it in flat and square using a block of wood or a large socket slightly smaller than the diameter of the seal. Once the seal is flush with the surface of the gearbox, carefully use a smaller block of wood or the socket to evenly tap around the seal so it seats evenly down in the bore at the same position the old one was in. Do not tap it in too far or it may not seal correctly.

Wipe off the stub axle and install it back in the gearbox with the same bolt and washer. Use the same method used to loosen the center bolt to torque it back to spec per your service manual. Repeat the same process on the other stub axle seal.

This is the last one that can be done with the gearbox in the car. At the bottom of the gearbox is a flat plate held in with 4 nuts. 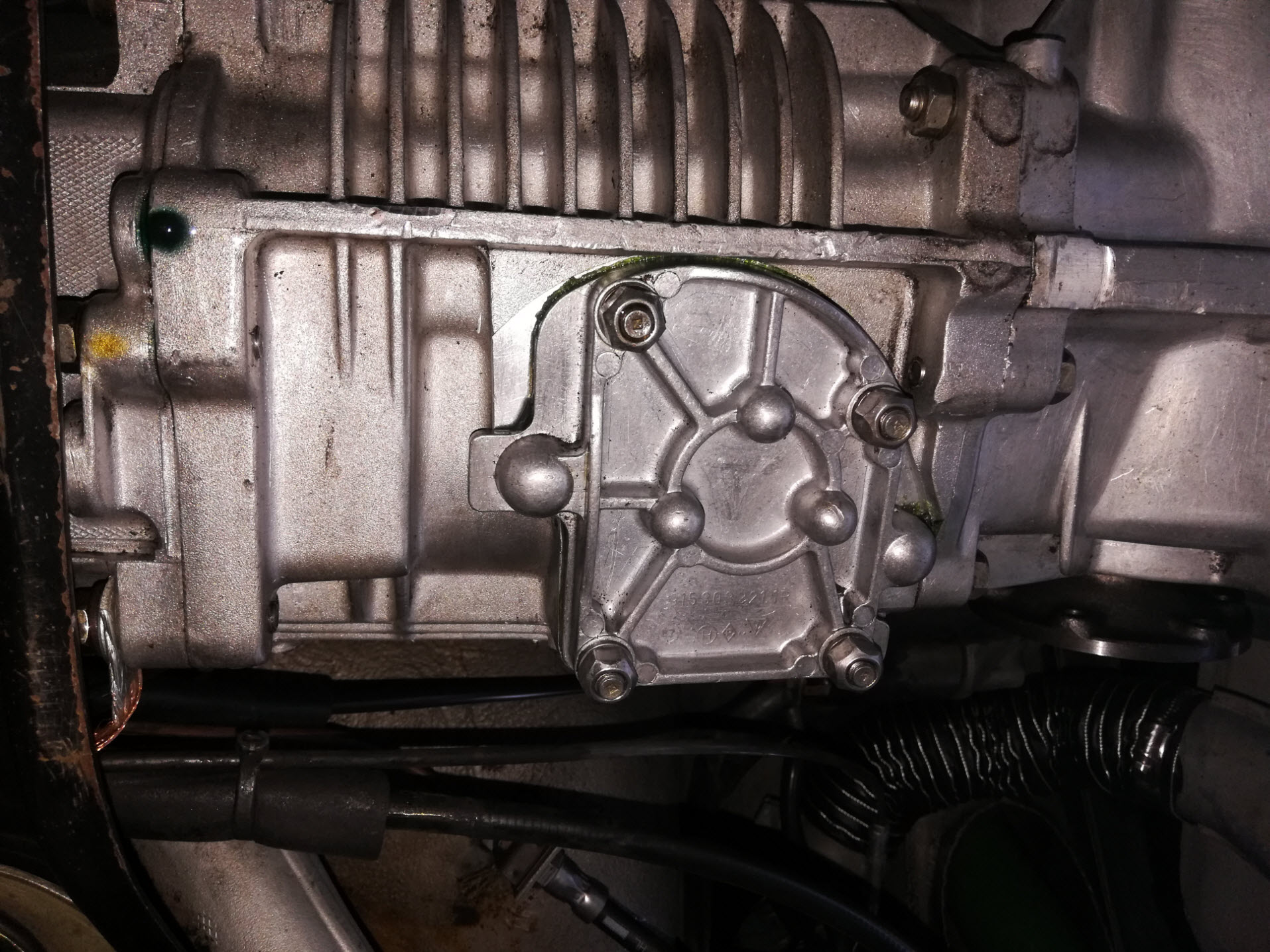 Remove the 4 nuts and the plate should come off with a paper gasket between the mating surfaces and a shift fork bolted to the inner face of the plate. 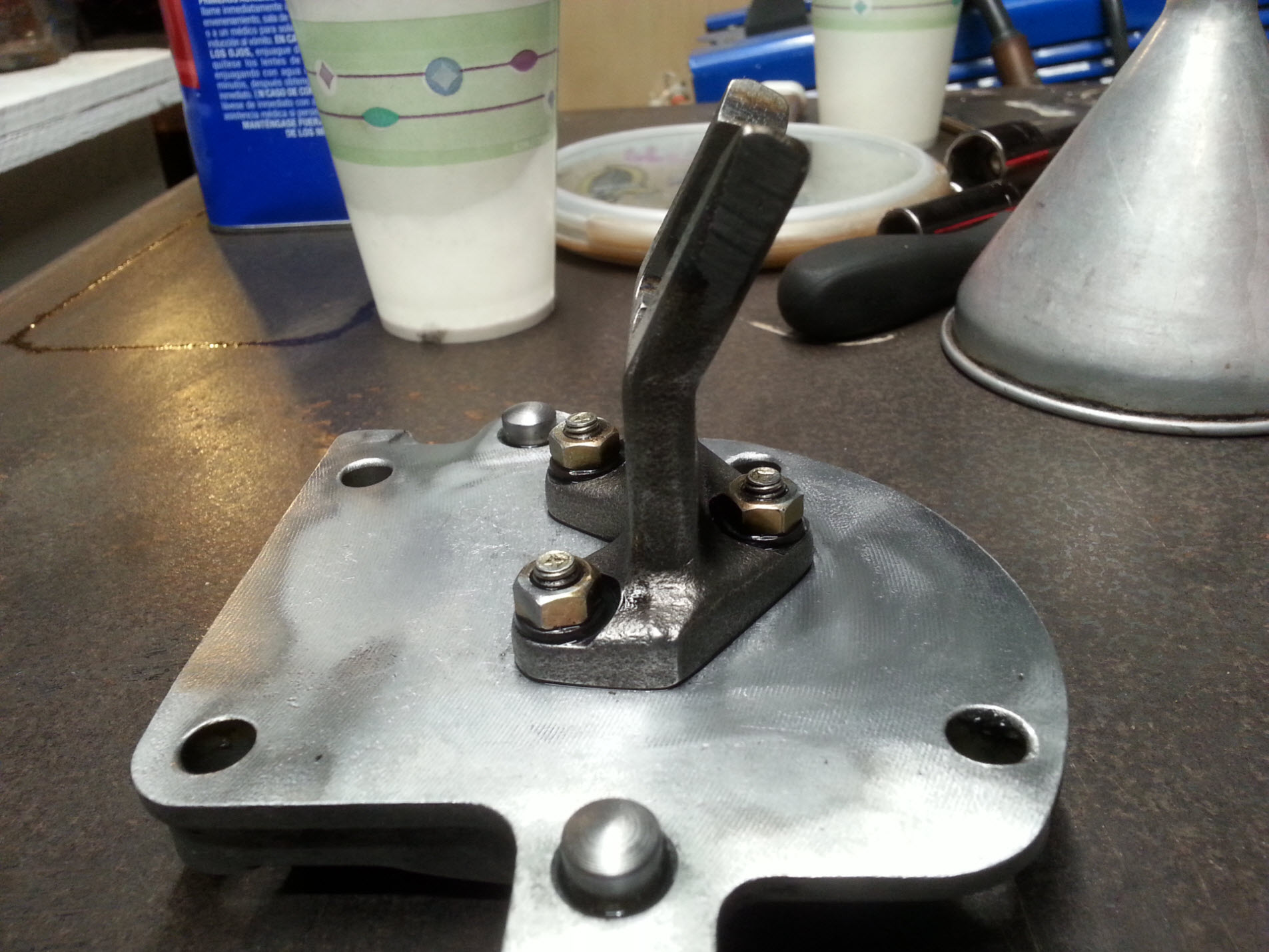 Clean the mating surfaces of the gearbox and plate of any old gasket or sealant remnants. Install a new paper gasket, re-install the plate, and torque back to spec per your service manual.

Note: Some gearboxes (like the early 915) have a guide tube that is not mounted to the gearbox externally. They require disassembly of the gearbox to replace them and are out of the scope of this article.

If your gearbox is leaking from the rear where it meets the engine, drop the engine and gearbox and separate the gearbox. The guide tube should be mounted externally to the back of the gearbox as shown below. 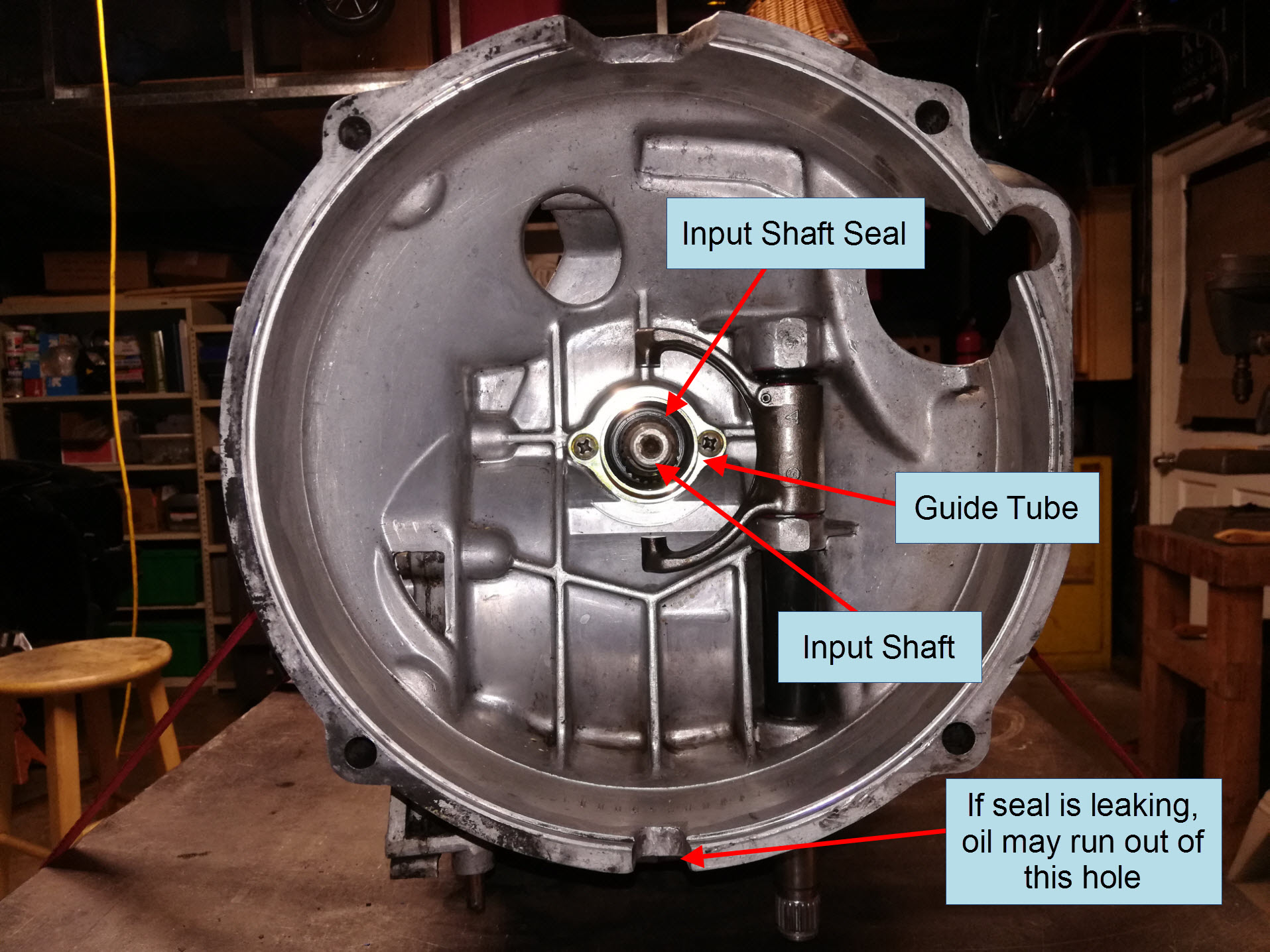 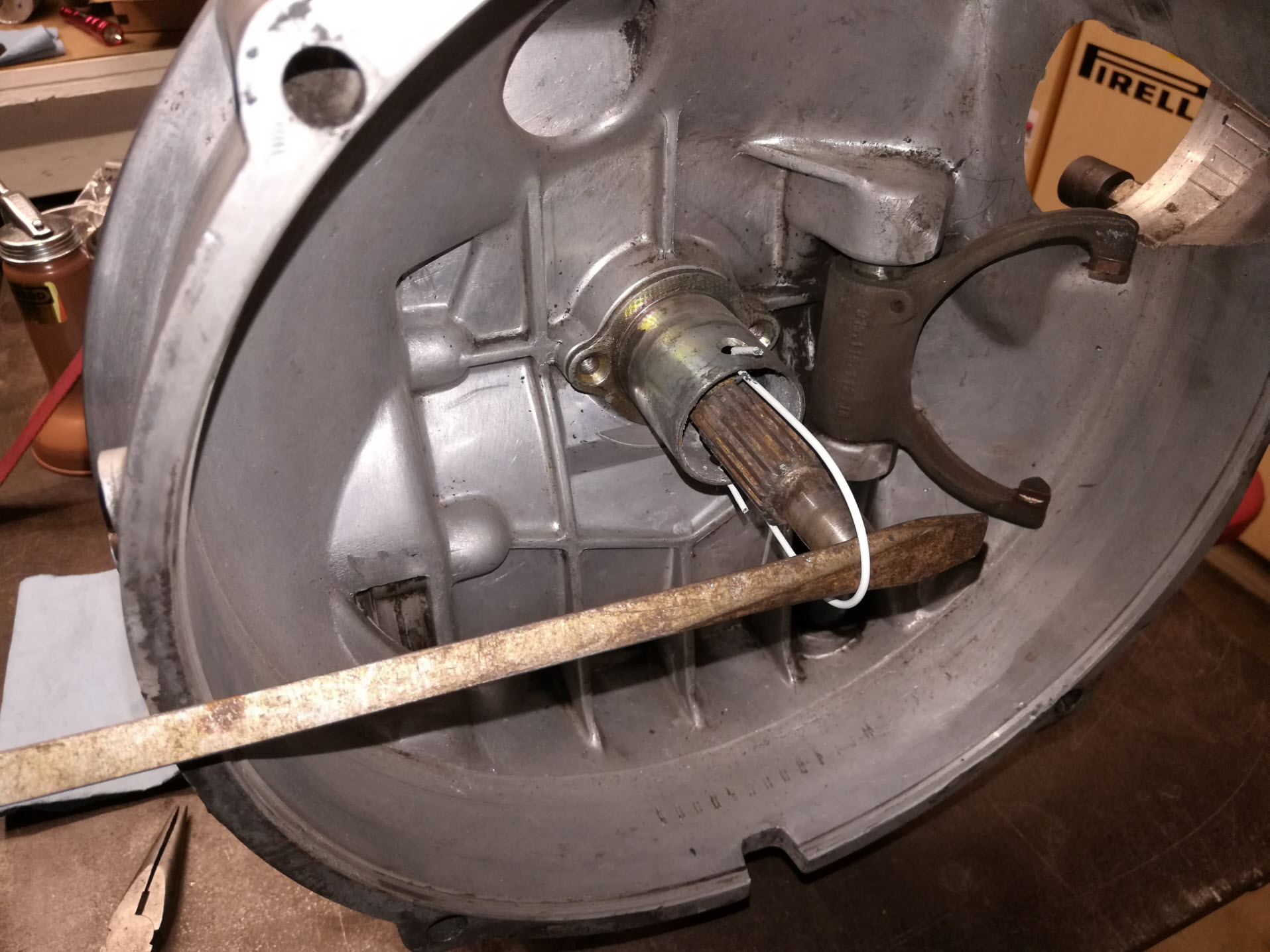 Once the guide tube is off, note the orientation of the input shaft seal inside of it, the inner diameter of both ends and the seal’s distance from the ends. Because it takes so much time and effort to get to the guide tube you may as well replace it with a new unit even if your old one seems to be in good shape. This way you minimize the chance of it springing a leak later on.

You will need to press a new input shaft seal into the guide tube in the same orientation and distance as the old one. You can use a large socket and a bench vise or a socket with a rubber mallet to gently drive it into position. Some guide tubes have a stepped inner diameter so make sure the seal and driver tool can clear the inner diameters with no issues. 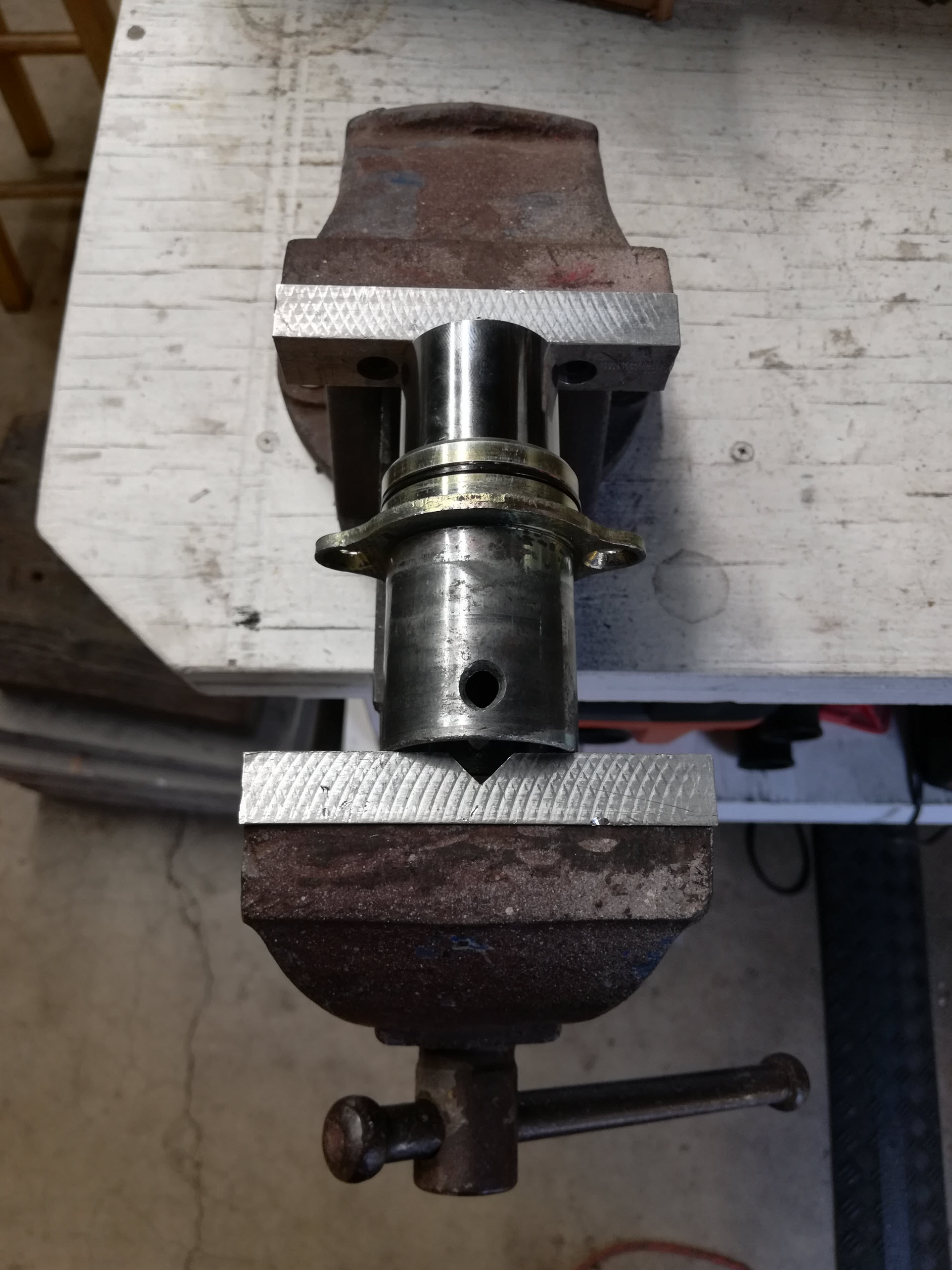 Install a new o-ring on the outside groove of the guide tube. 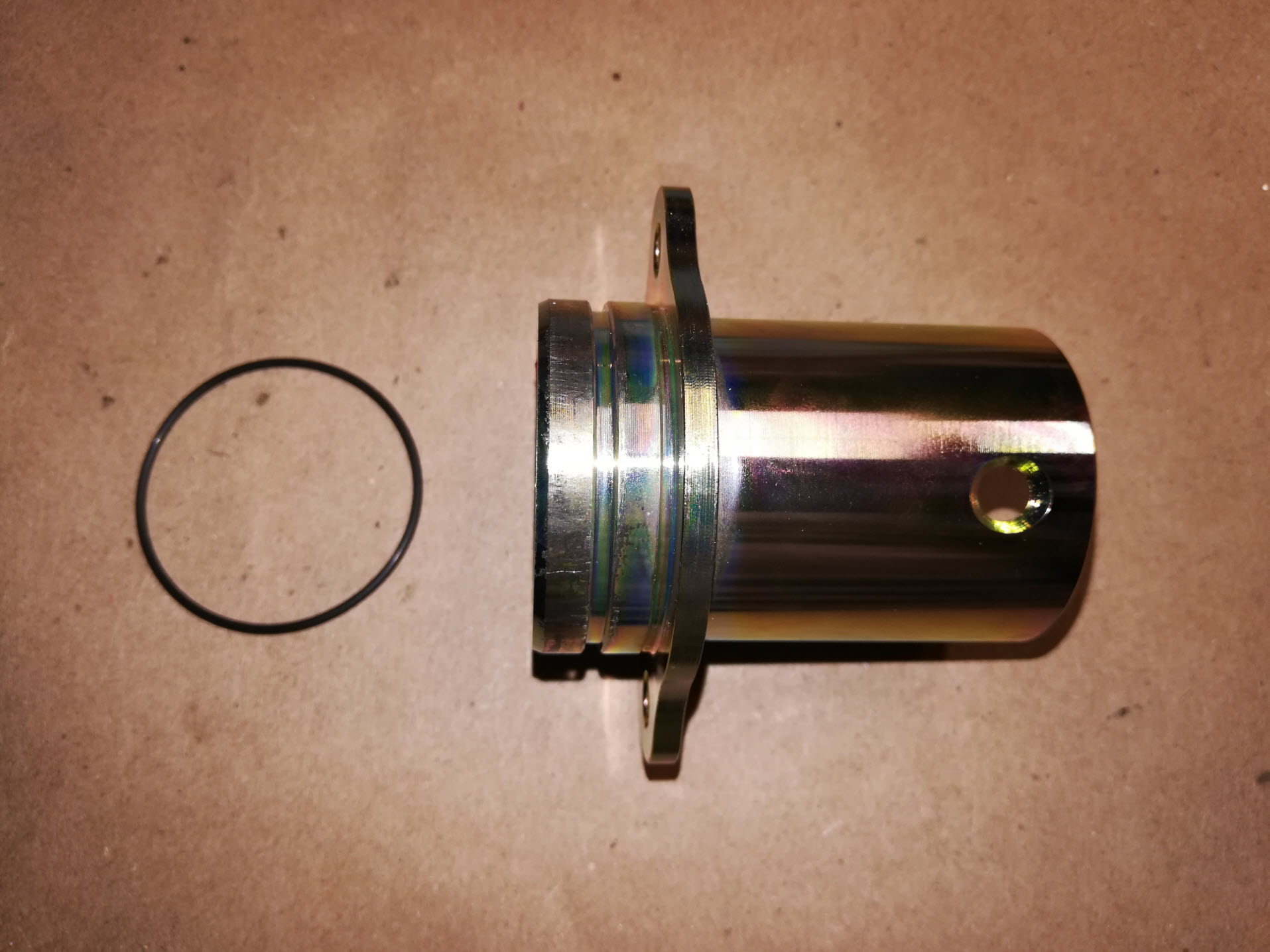 Clean the mating surfaces on the gearbox case and input shaft and re-install the new guide tube assembly. Torque the 2 screws to spec. 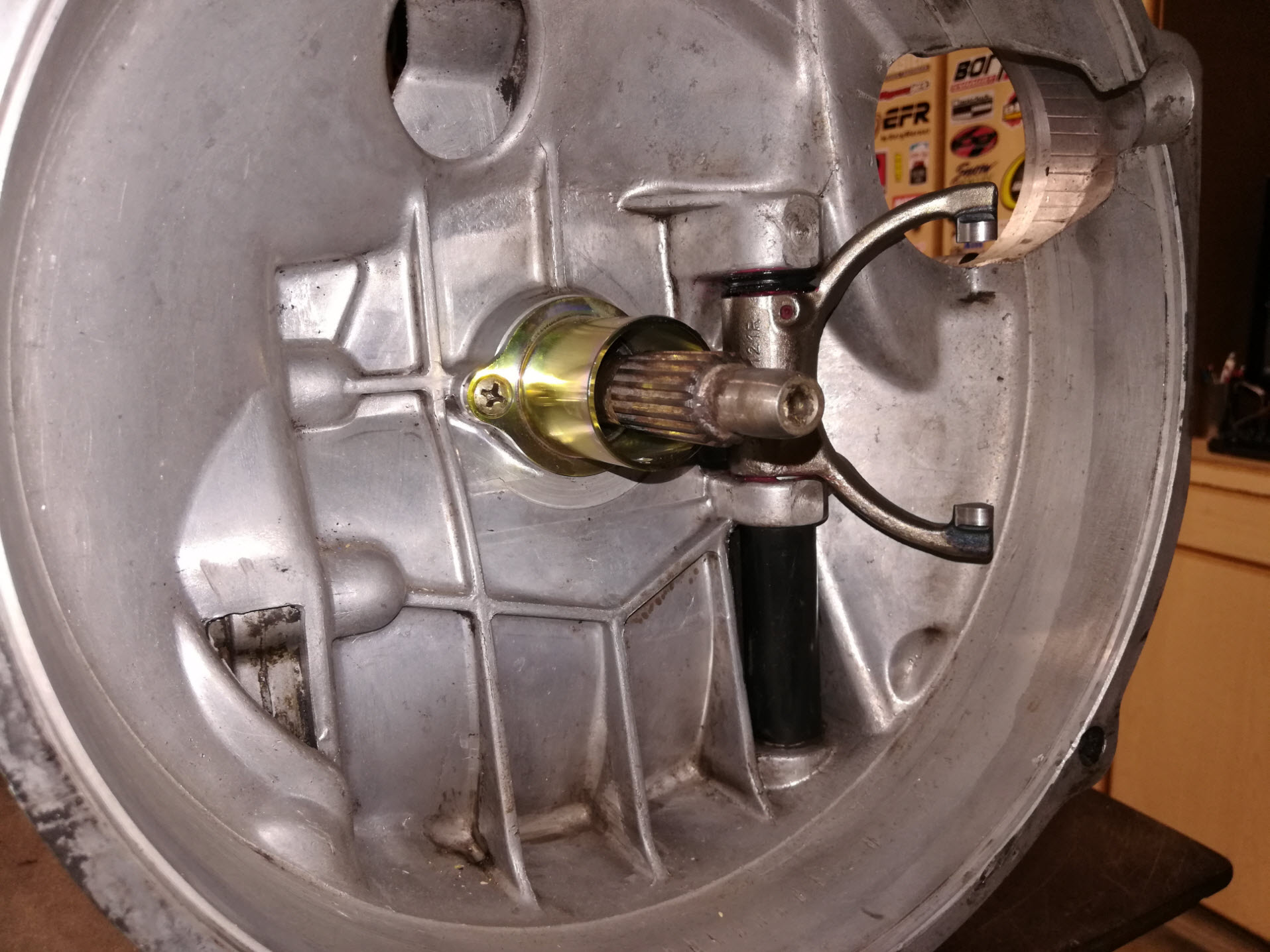 Re-install the engine and gearbox in the car using the last step in this procedure and reconnect the CV axles per step 4 of this procedure. With the gearbox drain plug torqued and the fill plug removed, pump new gear oil into the gearbox using a hand pump as shown in step 2 above. It may take a long time to fill the gearbox with oil one pump at a time so be patient. Fill the gearbox until the oil starts to run down the outside of case, indicating the oil level is up to the bottom edge of the hole. 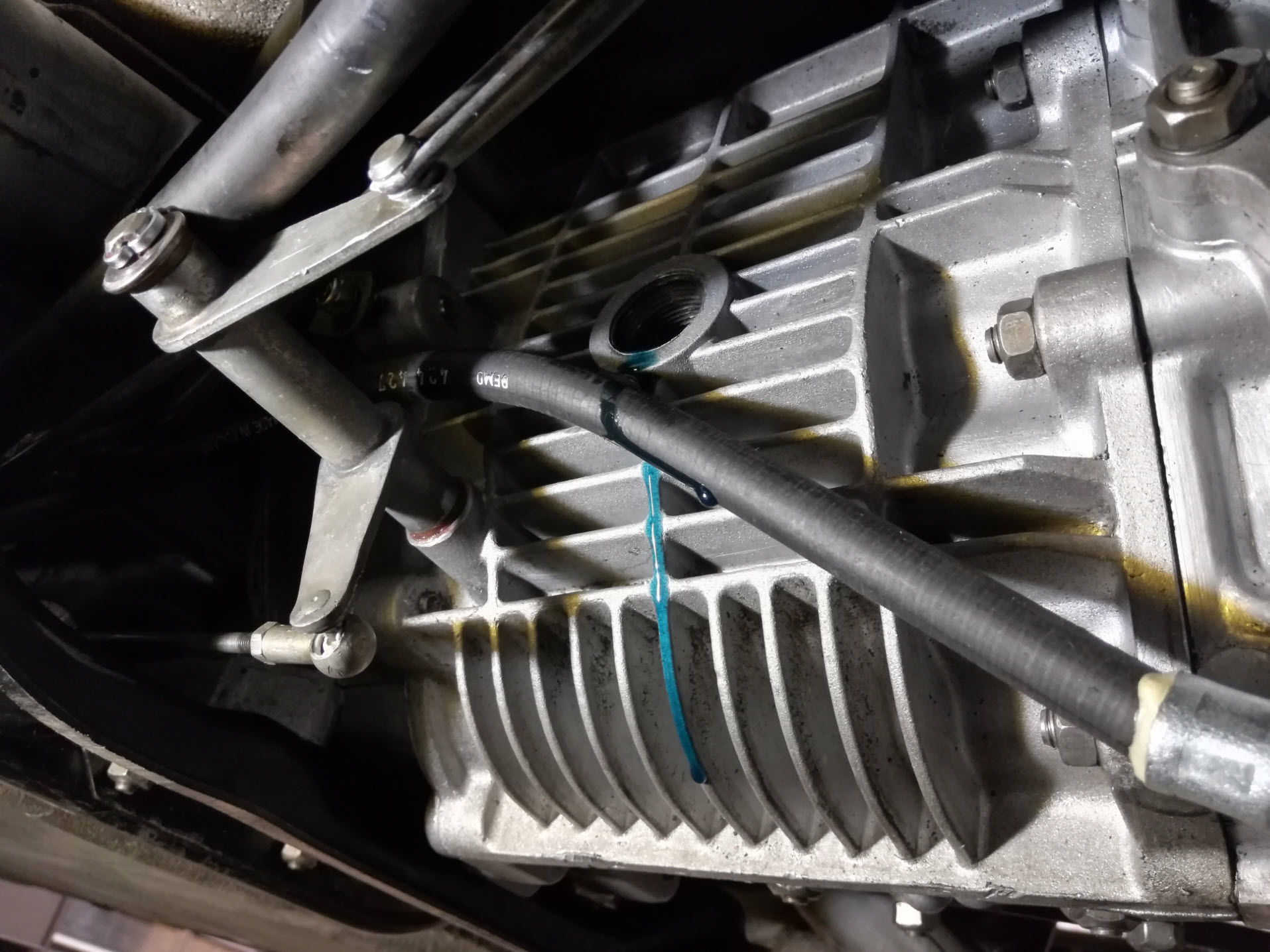 Torque the fill plug per the spec in your service manual and put the car back on the ground for a test drive. Besides being leak free you should enjoy a better shifting experience thanks to the fresh gear oil. Enjoy your freshly resealed gearbox for many years to come. 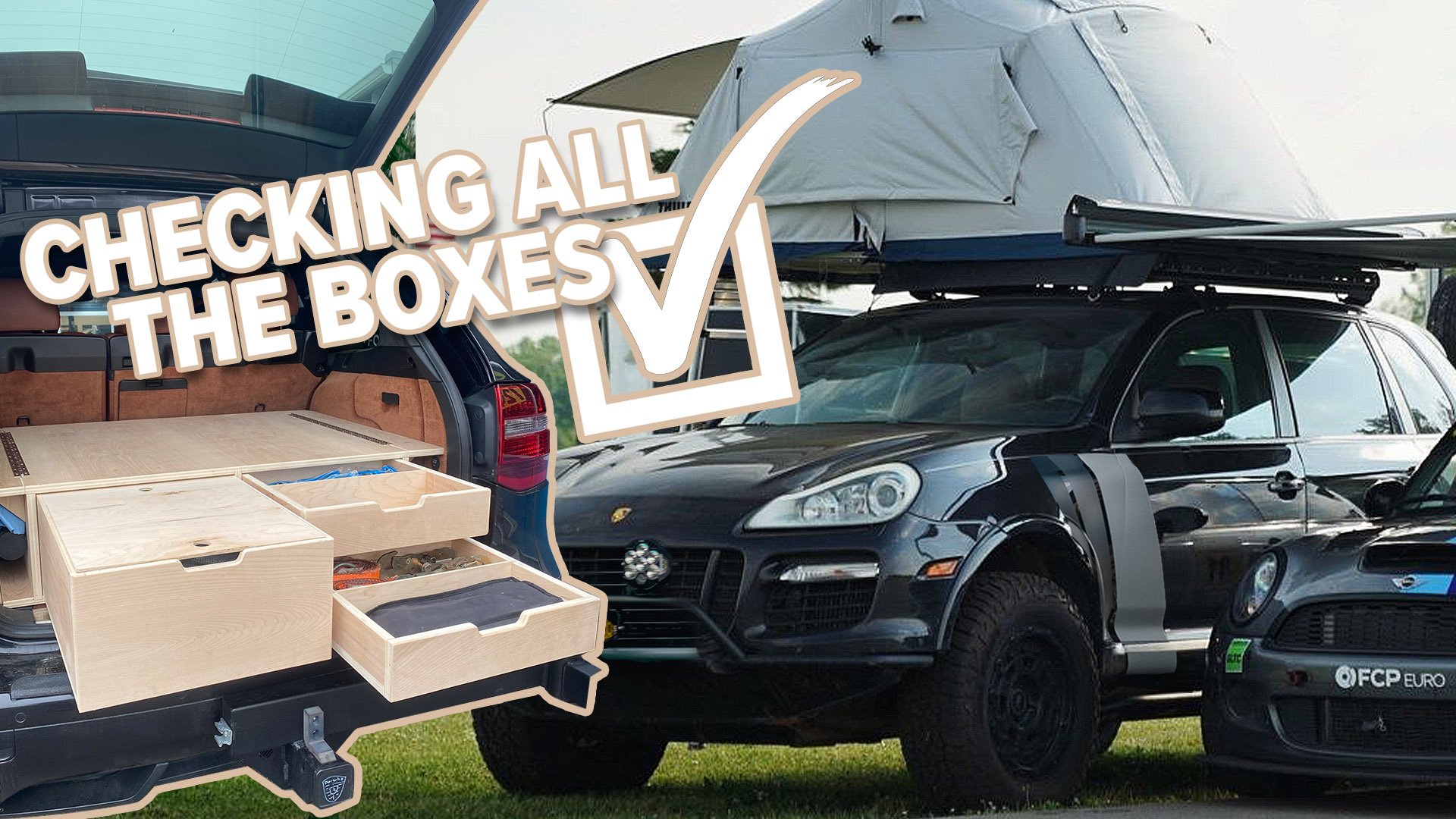