Here's Why Volvos Are Considered Safe

I recently stumbled upon a YouTube video of a violent crash between a 2008-2016 Volvo XC70 wagon and a transport truck traveling at full speed. Miraculously, the driver of the Volvo was okay. You hear these kinds of stories time and time again with Volvos, but why?

Watching that, it's insane to think the driver came out ok. But they did.

When the small overlap crash test arrived from NHTSA in 2014, it essentially re-wrote the safety ratings of so many vehicles. The test consisted of an impact, but instead of it happening on one-half of the front end, the small overlap crash test directed the entire force of the vehicle against just one quarter of the front end. Cars that we thought were safe, were no longer.

Videos of cars crumpling like a piece of paper were all over the news. The Audi A4 tested “poor”, as did the Lexus IS250, among others.


Now, watch what happens when the Volvo XC90 encounters the same scenario. And yes, it's an SUV versus a small car, but the results speak for themselves.


Before we get into Volvo, it's worth recounting a list of automotive safety advancements:

Volvo has always been either ahead, or near the front of the curve when it comes to safety. Take for instance, Volvo's implementation of airbags in 1987 for the 240, 11 years before legislation made it mandatory for both driver and passenger sides of the vehicle to have them. Here's a fun fact: NHTSA purchased a number of Volvo 240's and used these cars as the benchmark when formulating the standards by which modern cars are tested today. Clearly, Volvo knew about safety, and the industry began to recognize this.

There is one case study that I'd like to point out that demonstrated Volvo's commitment to safety more than others. 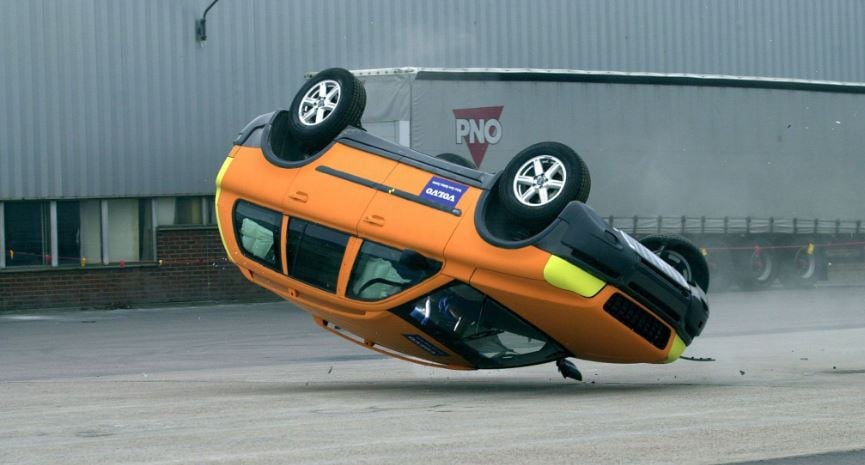 The 2003 Volvo XC90 was released during a time when rollovers of SUVs were still a major concern. The Firestone Tire and Ford Explorer controversy did little to quell the issue, as did the rollover crisis of the Mercedes A-Class. Volvo tackled these concerns in two ways: active, and passive safety.

Active safety was implemented with an electronic stability control system that mitigated the effects of a roll-overs through strategic braking of individual wheels. When sensors noticed an impending roll-over, the computer would cut engine power, and clamp the brakes down on the outer front wheel in an attempt to skid the wheel, as opposed to allowing the rubber tires to grip, and thus, roll the car.

Passive safety for the XC90 was beyond most cars of its generation. Key components such as the B-pillar, roof cross-member, and rear crash structure were made of high strength boron steel to ensure the passenger cell remained intact in a roll-over event. In fact, the governing body up to this point had only rated vehicles for roll-over based on mathematical equations, and not physical tests. Again, Volvo was ahead of the curve. 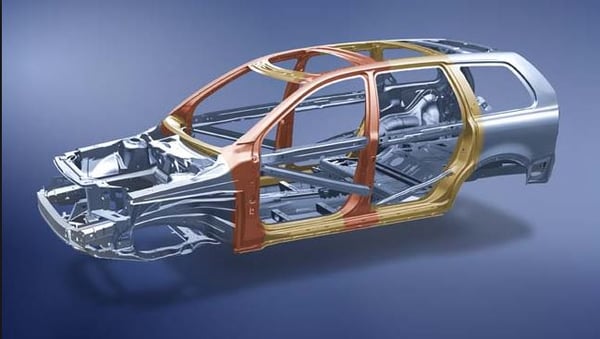 In addition to roll-overs, Volvo ensured the safety of other vehicle occupants by developing a structure below the engine that correctly impacts the crash safety mechanisms of smaller vehicles, reducing the chance of injury, and over-riding an opposing vehicle. Not to leave the third row occupants out of the story, the XC90 was the first 3-row vehicle to have curtain airbags for all occupants, as well as a rear crash structure to protect them in the case of a rear-end collision.

Safety doesn't just stop at active or passive safety for Volvo, it is integrated into a whole host of other facets that you never think about until you pause and realize that yes, it actually is a safety feature.

Why are their seats so comfortable and ergonomically designed? To reduce driver fatigue.

Why do most Volvo's have automatic climate control (First seen in the 700-series)? To reduce driver distraction and improve driver comfort so they can pay more attention to the road.

On the mechanical front, Volvo's were some of the first production vehicles to come equipped with ABS and disc brakes, for obvious reasons. 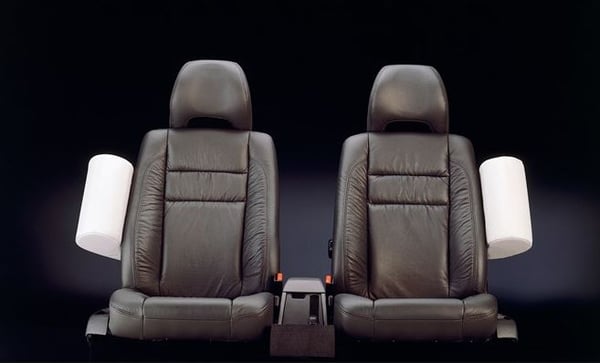 Let's take a look at a few crash or strength tests involving Volvos:

The "let's drive off a cliff" test with no CGI.

The "Stack as many cars on their roof as you can" test.

The "oops I rolled over" rollover test.

The "sleepy driver drives off the road into a ditch" test.


Through this small snapshot of Volvo's history, it is easy to see that the basic tenants of safety are the pillars of what Volvo stands for. I leave you with a question. Should it be surprising how a 12-year old vehicle performed significantly better in a recent crash test than many other modern vehicles? Or should it be more surprising that other vehicles today are seemingly one step behind Volvo's safety?