ZF and their transmissions, both automatic and manual, have always been a favorite of European automakers. Their most recent longitudinal automatic transmission offering, the 8HP, continues their success with one of the most talked-about automatic gearboxes in an era full of CVTs and DCTs. From fast Jaguars to Chrysler minivans to the Rolls-Royce lineup, ZF's 8HP transmission has taken the automotive manufacturers by storm since its debut in the early 2010s, becoming the go-to automatic transmission for a large number of automakers across the globe.

BMW currently uses it in every model they make that doesn't wear an M-badge or isn't powered by electricity. The 8HP first appeared in Bentley and Jaguar models in 2012 and is still being used today. Even today's Land and Range Rovers use ZF's 8-speed auto-box. And although these transmissions are known for their reliability, there are still things you can do to maintain their good health. ZF recommends a transmission oil change every eight years or 50,000 miles, and that's a job you can tackle at home.

For this DIY, we are using a service kit for BMWs. Although the kit is for the BMW 8HP45 and 8HP70, you can apply the same basic process to servicing every ZF 8-speed, regardless of the make and model. Along with this DIY, you can follow this one if you ever need to get your gearbox into neutral while the battery is dead.

How much will it cost to change the oil in a ZF 8HP transmission in a BMW?

A dealership will happily take on the job of servicing your transmission, but it will cost you. Expect to pay more for the parts and an hour or two of labor, at around $200/hour.

How long will it take to change the oil in a ZF 8HP transmission in a BMW?

The ZF oil change procedure is a little more complicated than a standard engine oil change. Draining the oil and removing the filter is pretty straight forward, but the filling procedure has some extra steps. You'll need to fill the transmission once, then get it to a specific temperature range to check it and fill it again. Expect the job to take around an hour to complete. ,

Parts required to change the oil in a ZF 8HP transmission in a BMW:

Tools required to change the oil in a ZF 8HP transmission in a BMW:

Steps required to change the oil in a ZF 8HP transmission in a BMW:

Jack up the car and set it onto jack stands. Then slide under the car, beneath the transmission, and use an 8mm socket to remove the five bolts that mount the splash shield to the transmission. 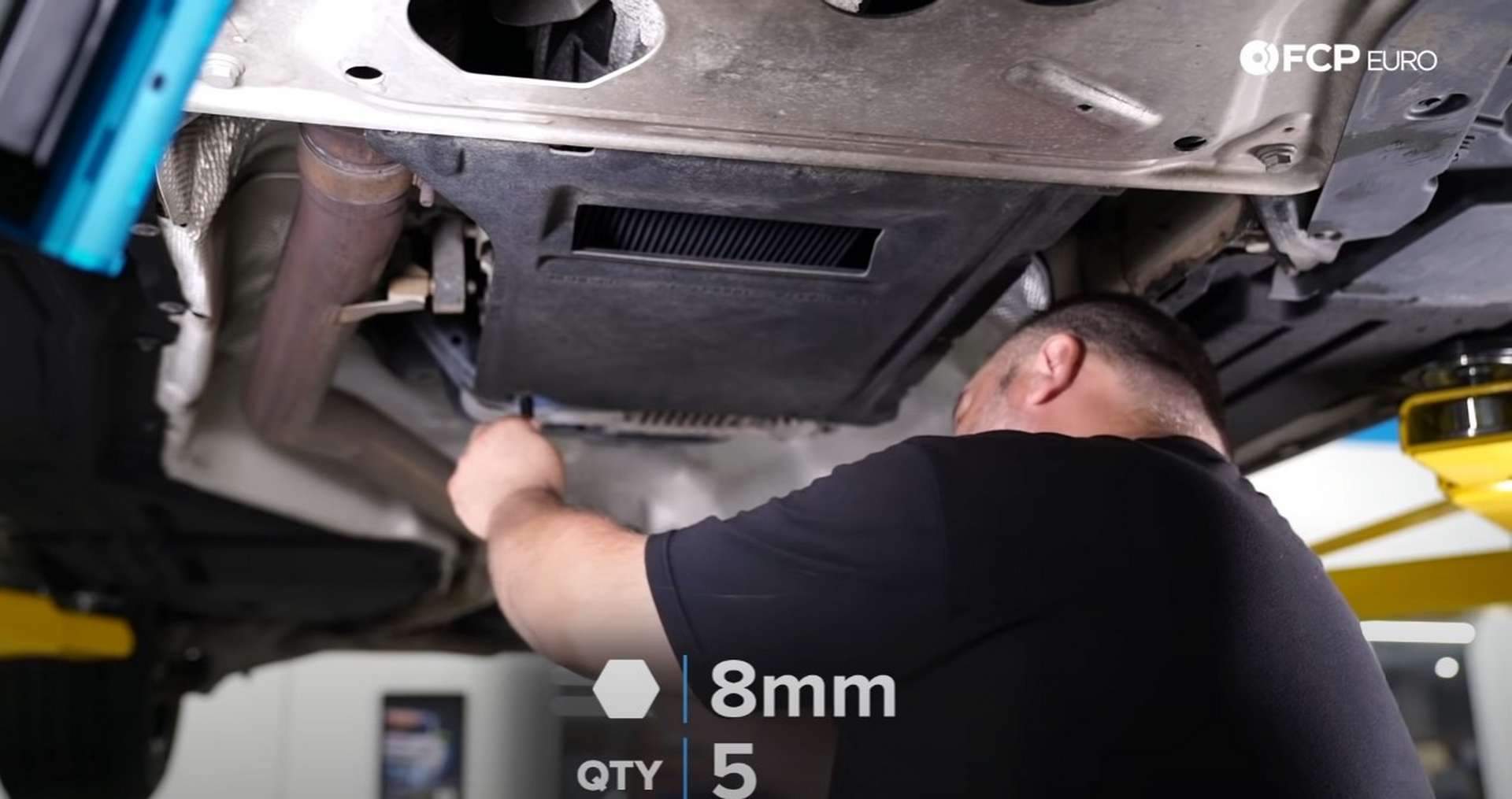 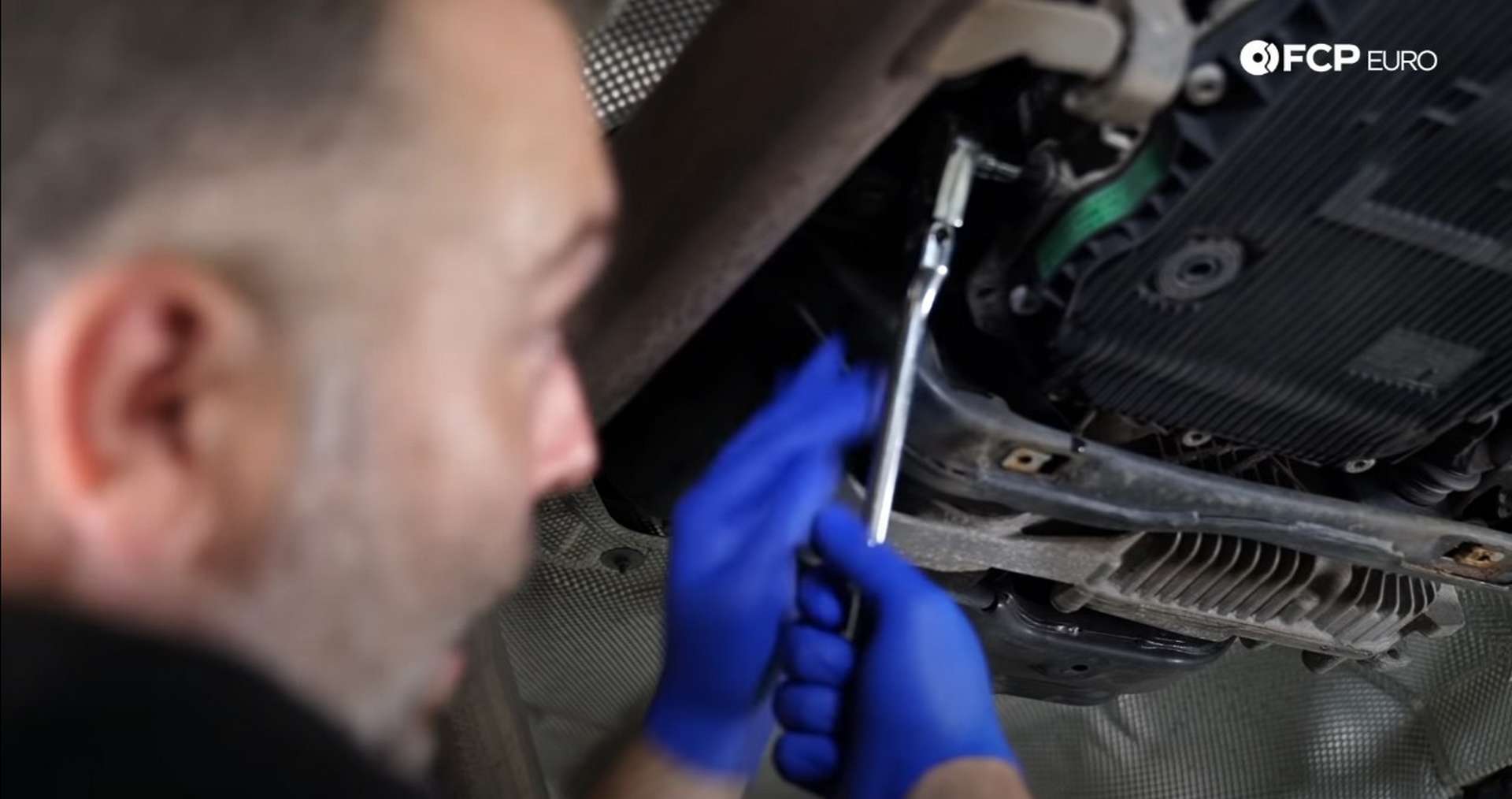 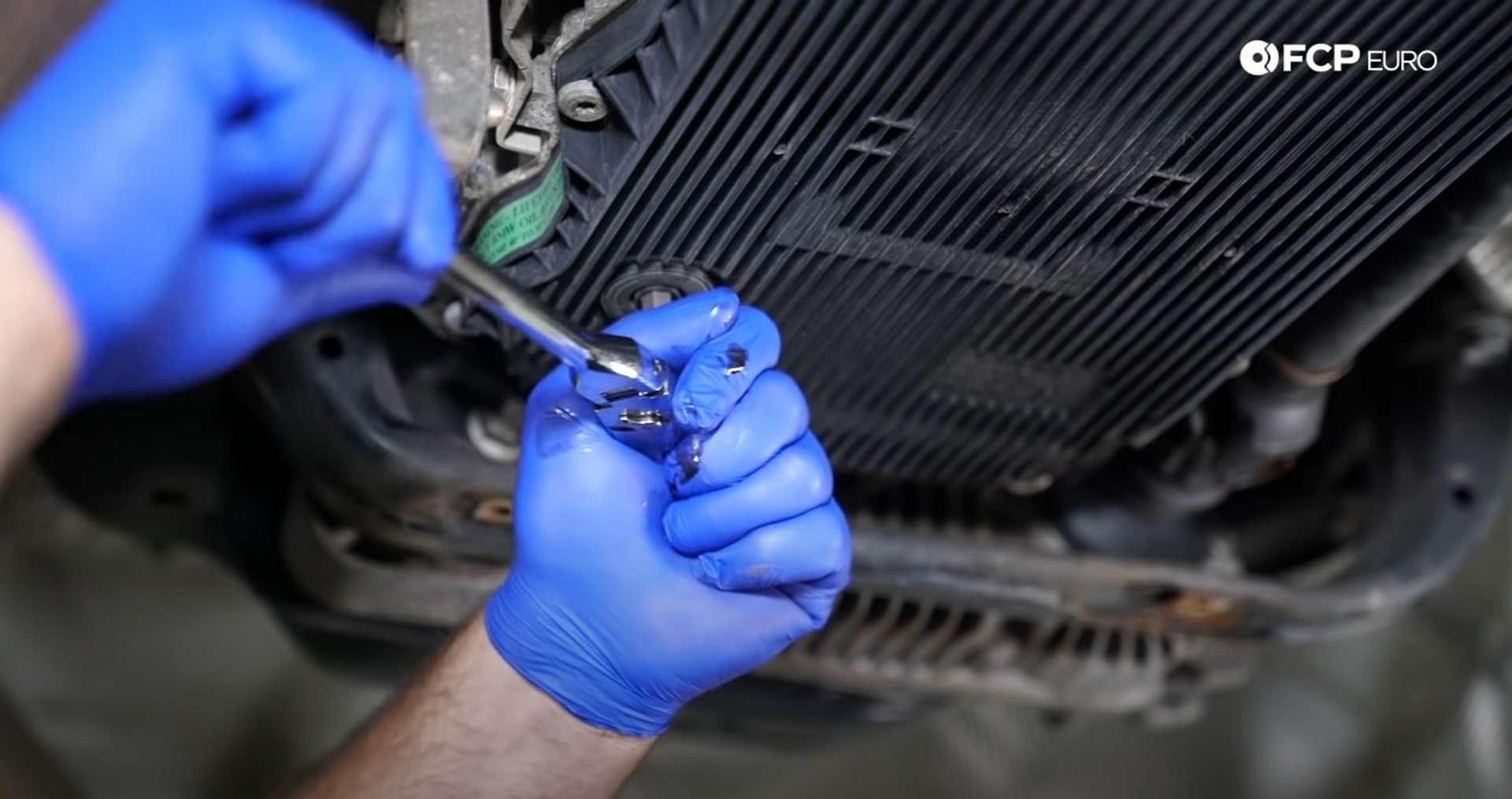 On these ZF transmissions, the transmission's oil filter is integrated into the drain pan. So, to remove the pan, use both the long T40 bit socket and the short T40 bit with an 8mm wrench to remove the thirteen mounting bolts. 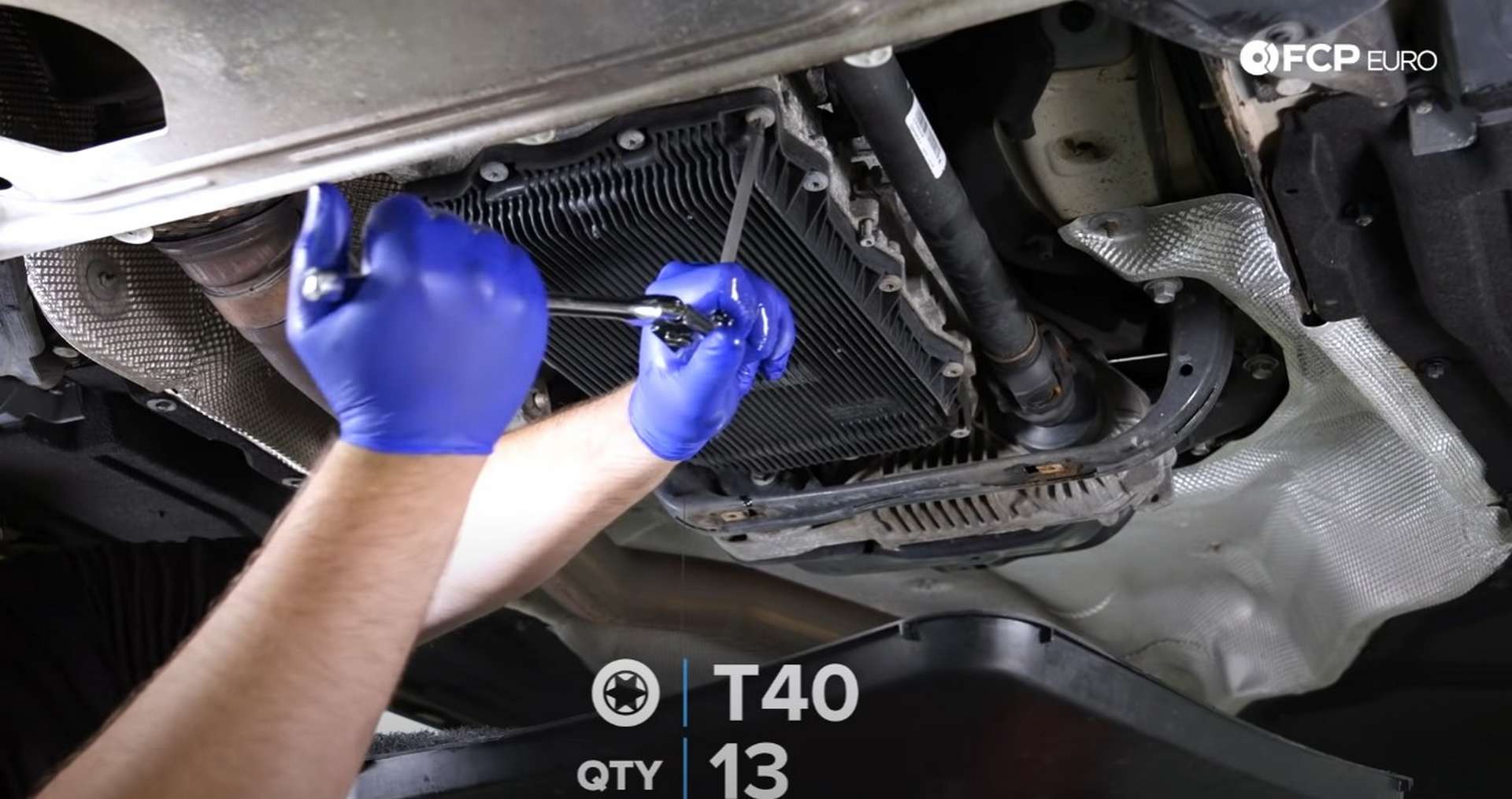 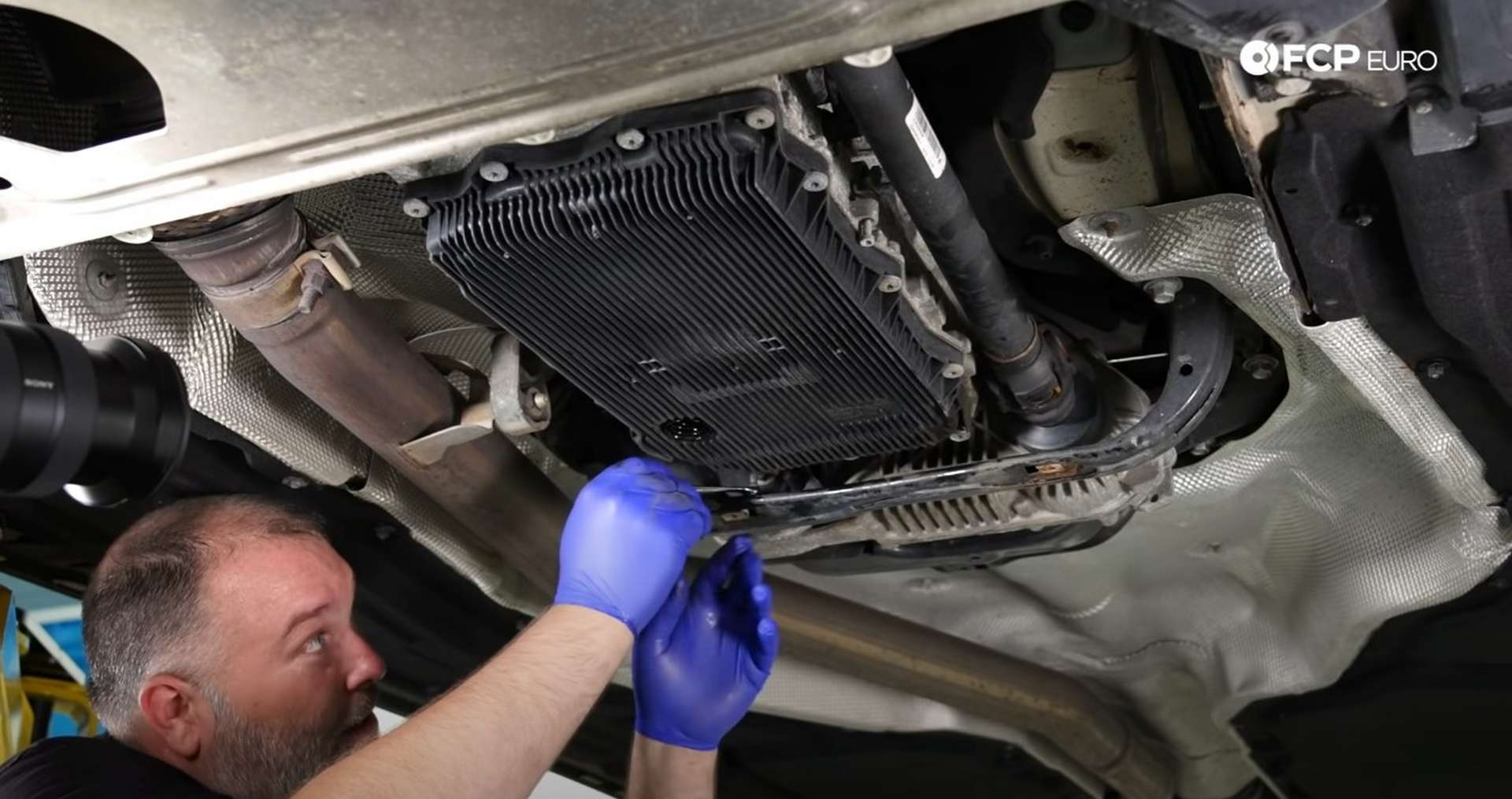 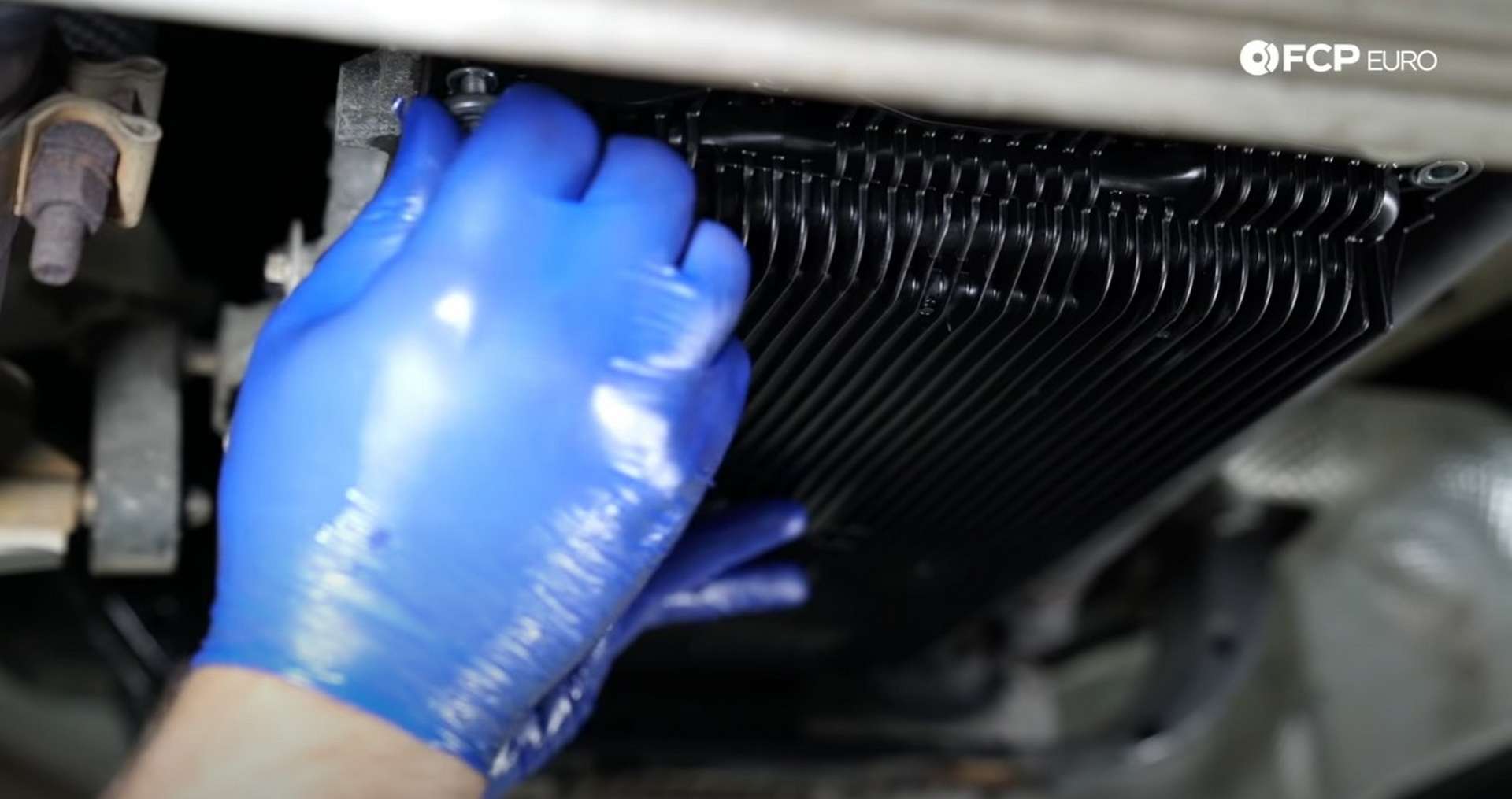 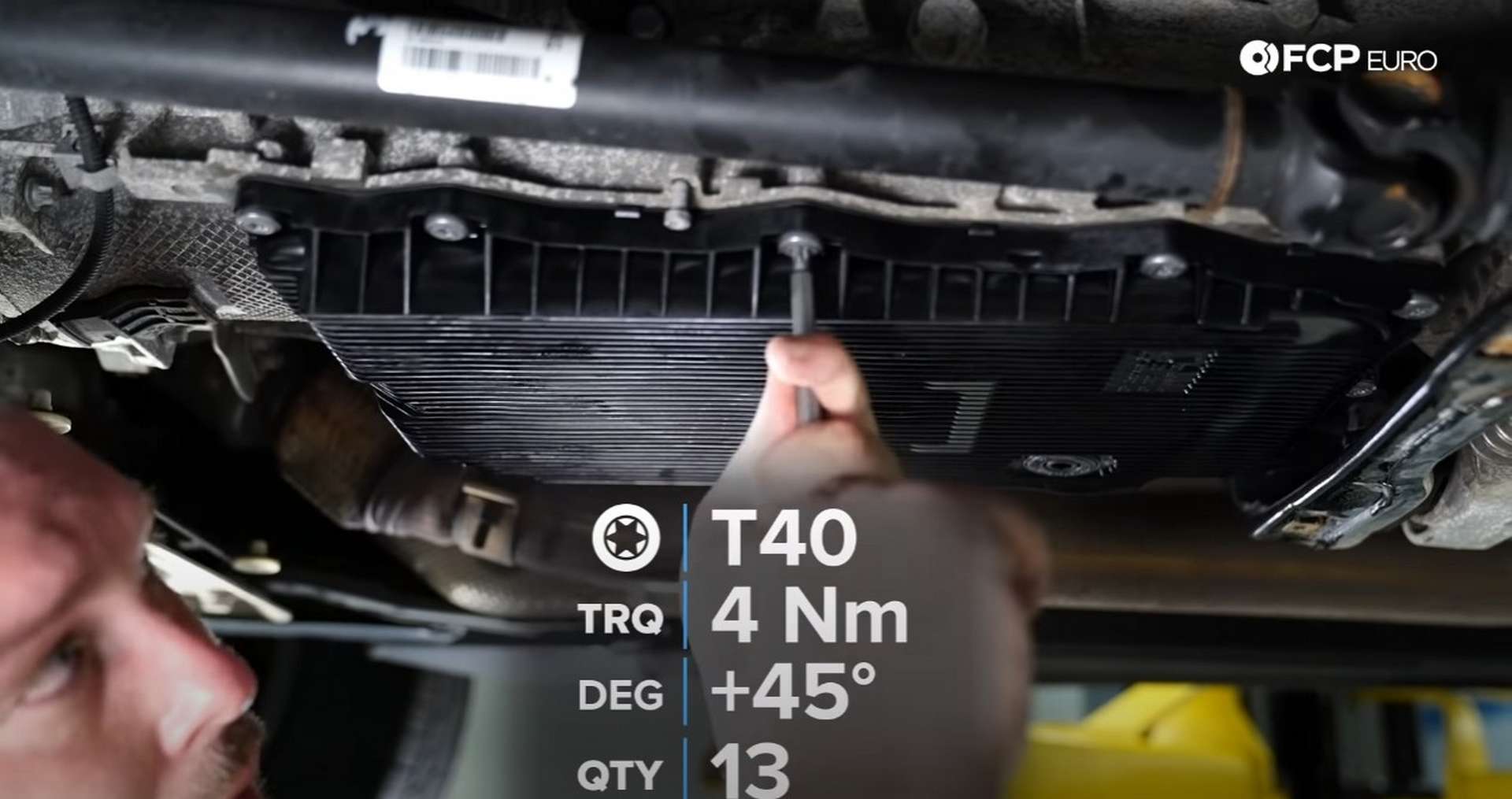 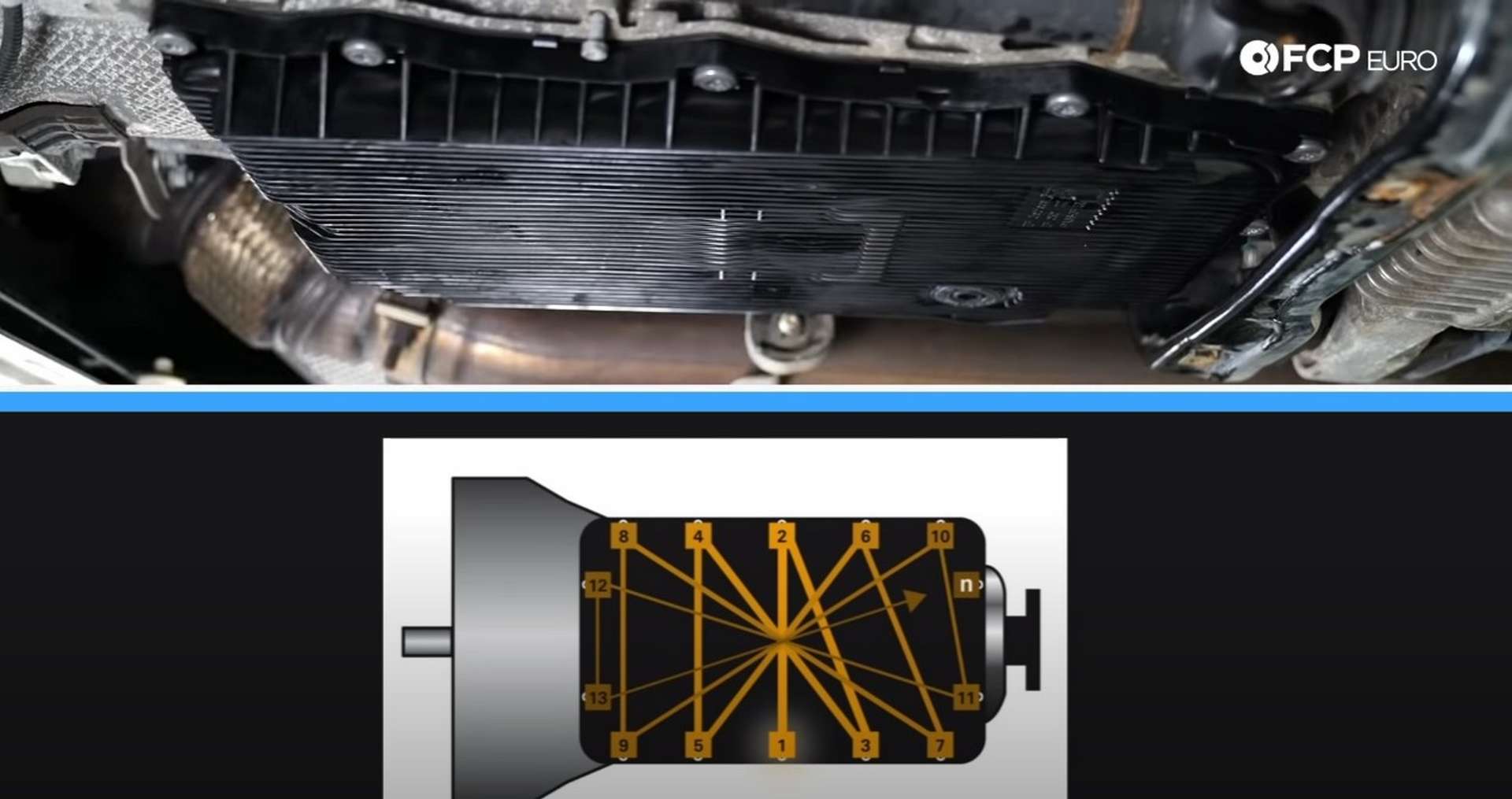 Step 3: Refill the transmission with fluid

You need to fill the transmission with fluid through the plug on the side of it, just above the pan. There is no way to fill it from the top, so you'll need to use a pump of some kind to get the fluid into the gearbox. The CTA fluid pump linked in the tool list will allow you to pump the fluid directly from the bottles into the transmission. 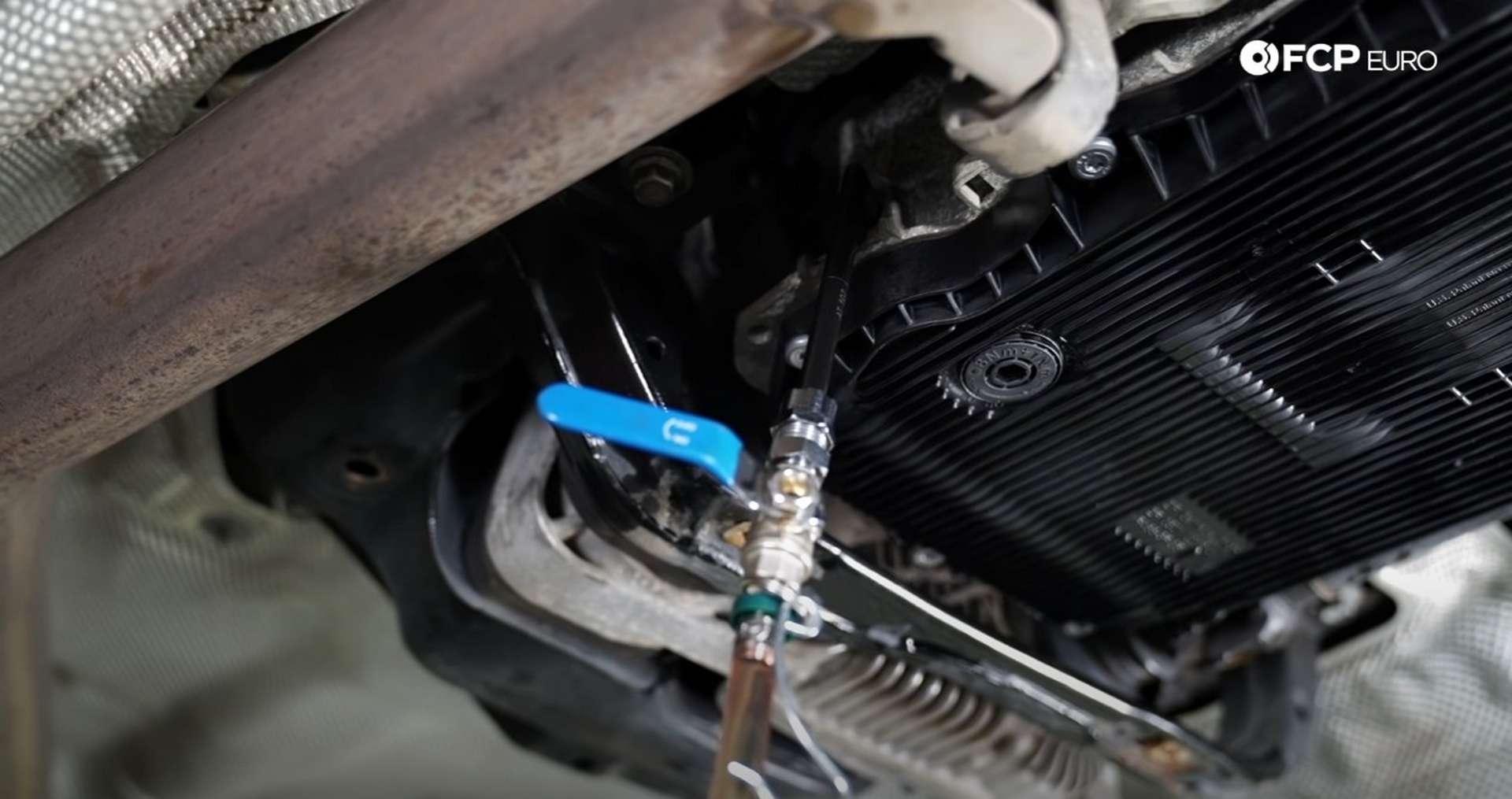 You need to check the fluid level with the transmission fluid between 40° and 50° celsius. Start the vehicle and let it get up to temperature. Use a scan tool capable of reading the onboard sensors or a temperature probe in the oil pan to read the fluid temperature. 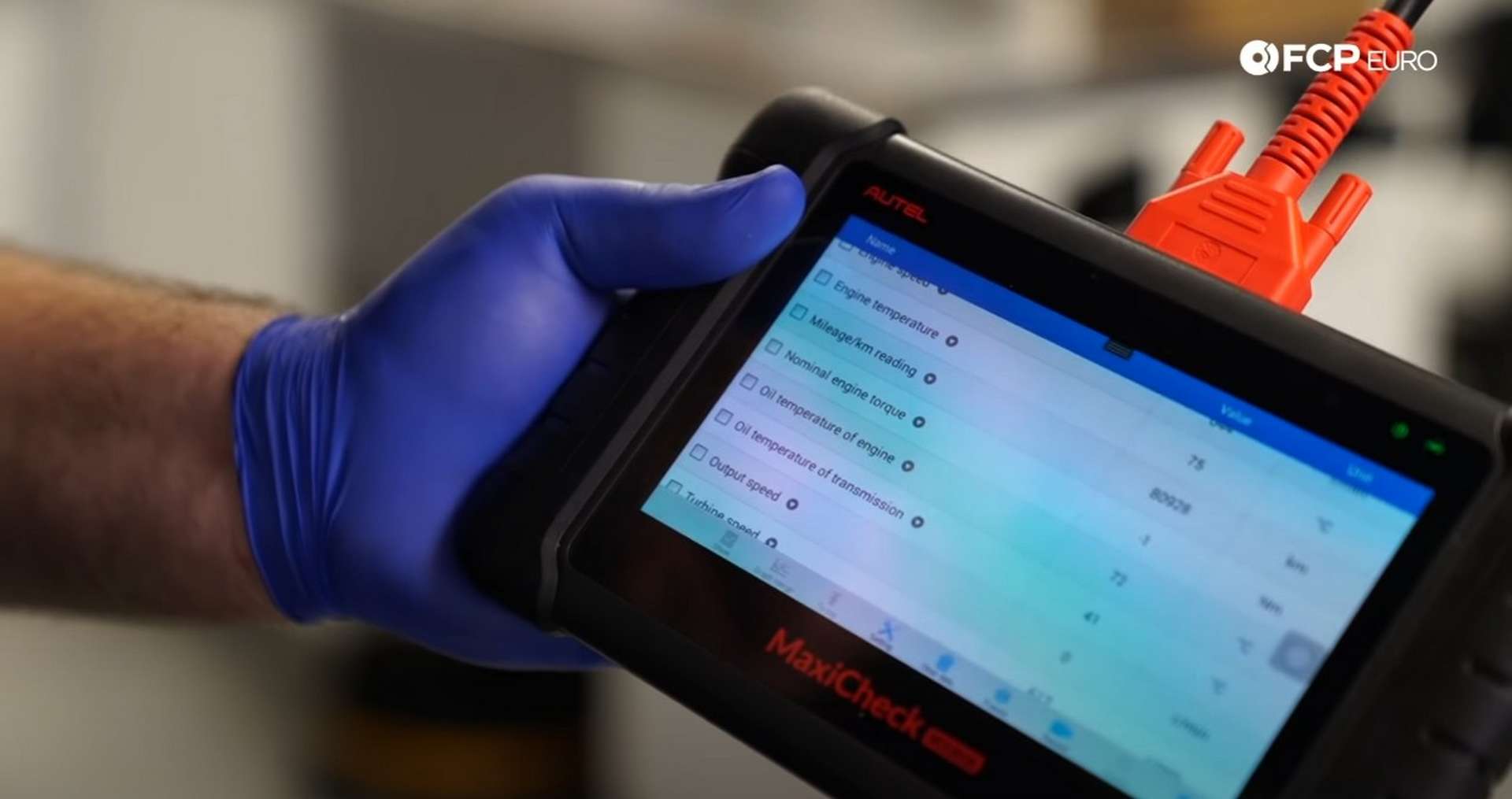 Shift the transmission through all the gears to activate their solenoids and get the fluid pumped through the whole system using the process below.

Then, with the engine running, head back under the car and remove the fill plug. The fluid level will have dropped, so fill it once more until fluid starts to leak out. Refit the plug and tighten it with an 8mm Allen bit socket. 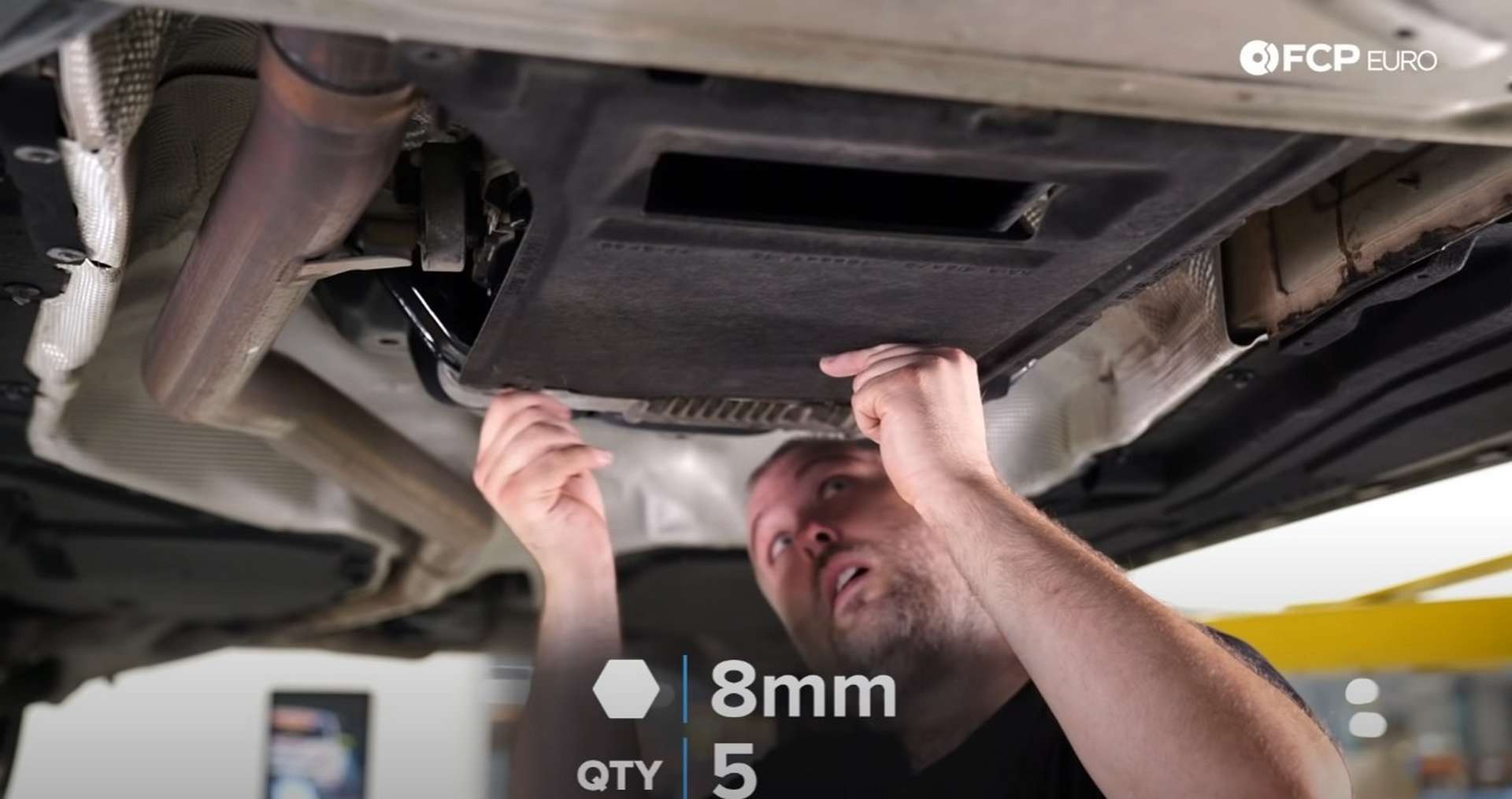 While you're under there, refit the splash shield and tighten its mounting bolts with an 8mm socket. Then take the car for a test drive to ensure everything is working properly.