How To Quickly And Inexpensively Repair A Cracked Exhaust

Some of us, logically, like to fix things properly the first time. These are the same type of people who carry a bottle of spray detailer with them in the car in case a bird decides to defecate on a newly washed paint surface. 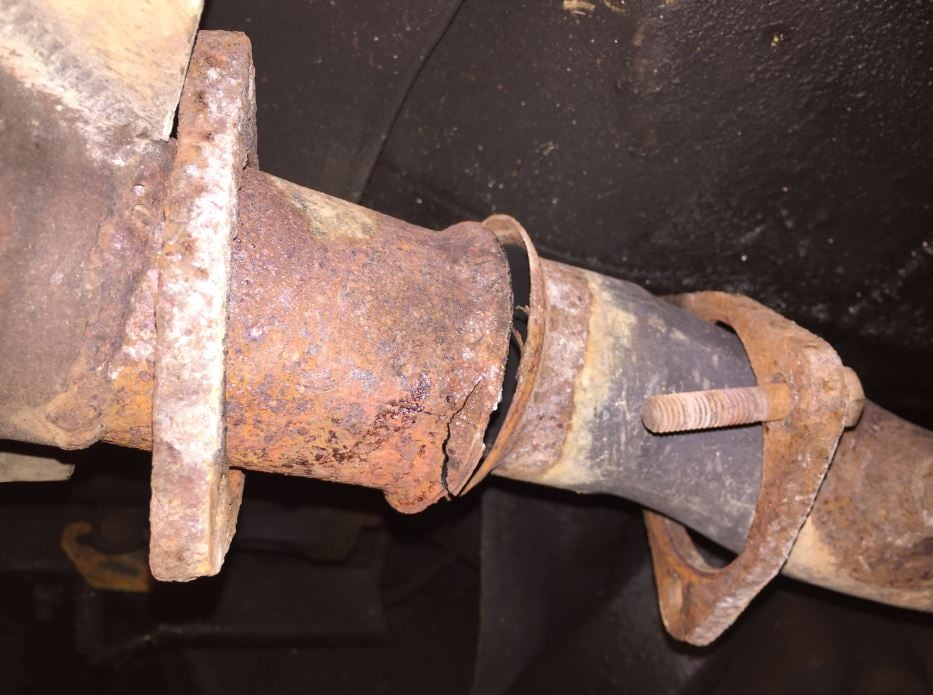 To perform this cheap diagnoses and fix, you'll need a few basic tools:
Using my fancy vacuum cleaner pressurization tool and some soapy water, I managed to find multiple leaks in the exhaust system, the worst of which was at the flare joint between the downpipe and the catalytic converter. Not only was the mounting ring very loose, but the catalyst flange was cracked. Yeah, not good. 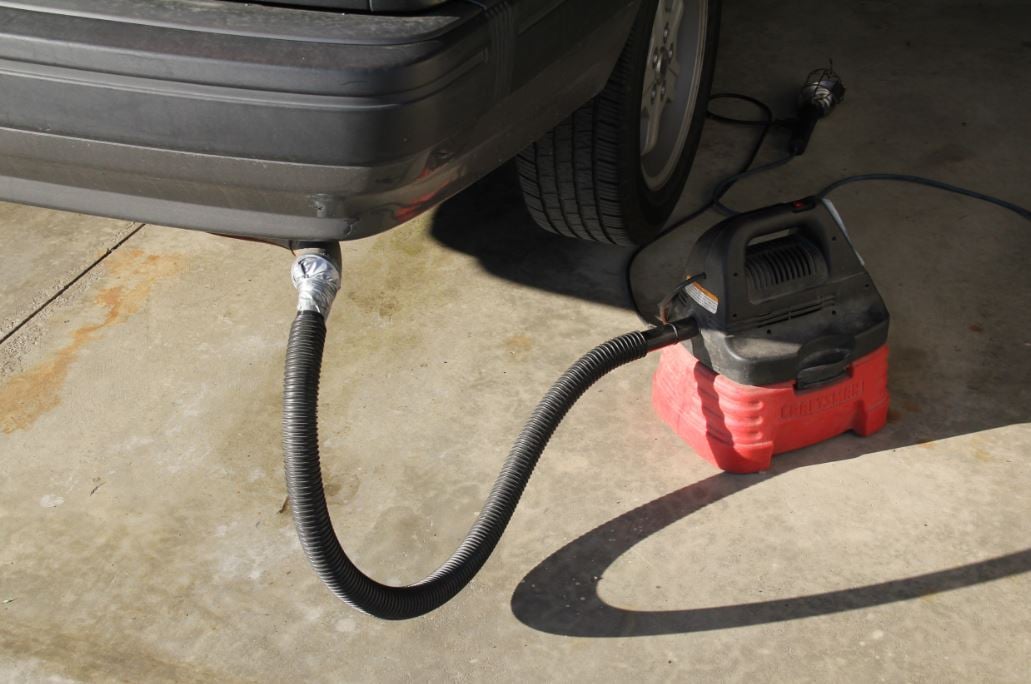 Bailing Wire
Planning for a full weekend of work ahead of me, I knew that I needed to patch things up temporarily until I found the time to pull the entire catalyst off to replace it. I first sourced some new exhaust flange sealing rings as the ones that were on the exhaust felt very loose, and the inner diameter too wide to be functional. I ordered a new donut sealing ring, and grabbed some bolts to throw on in a jiffy. As this was a temporary fix, and I didn't have locking nuts available to me, I made do with some stainless bailing wire. Yes, bailing wire. Keep reading.
Stainless bailing wire is awesome for small fixes like this. As its stainless, it won't rust easily, and it's also very strong. The intention of the bailing wire was less structural, and more of a bolted joint locking feature. Without locknuts, the flange would work its way loose in no time. It was also a time saver as I used the old exhaust mounted flanges to hold the bolts together instead of cutting them off. 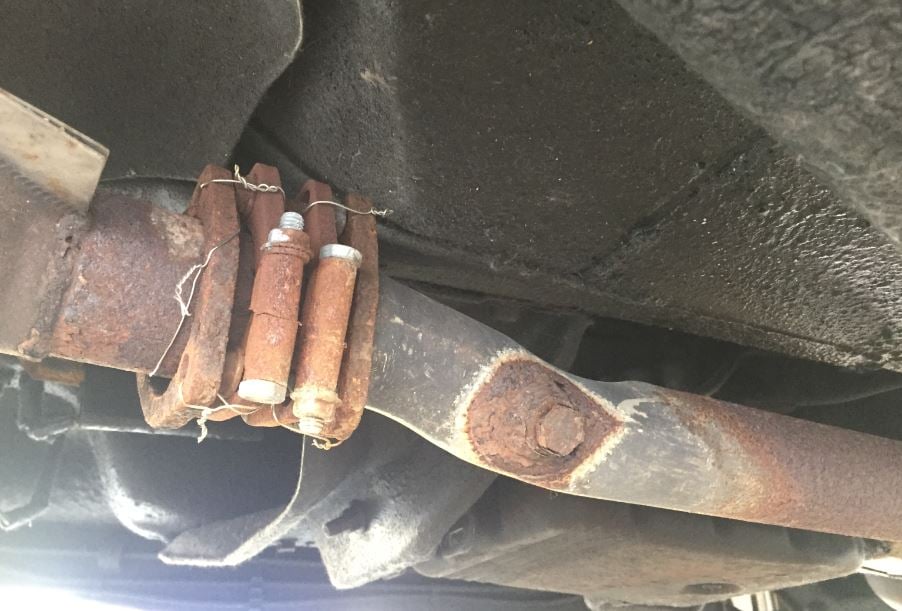 In addition to bailing wire, the only way to remedy a cracked exhaust flange in a jiffy is to use high temperature sealant. Will it hold up over a long period of time? Definitely not. Will it hold up until I get around to replacing my exhaust parts? Quite possibly! Just note, if you're using sealant in front of the catalyst, make sure that you use the sensor-safe type of high temperature sealant or else you might cause problems with your oxygen sensor.
So, was I successful? Yes, in the sense that I temporarily patched the worst part of the exhaust, and that it'll hold up for a few weeks. No, in the sense that this repair does not address the other leaks in my exhaust. So, what did I do? I bought myself some time. And if you're in a pinch, sometimes that's a victory in itself.