Many of the modern fuel injection systems use mass airflow sensors to read the air entering the engine. Such is the case for the 996-generation of Porsche's 911 Carrera. MAF sensors are generally reliable, but a drop in engine performance, however slight, can be attributed to the sensor. The sensor design in the 996 uses a thin exposed wire with a current running through it. Over time, the wire can be contaminated by oil or burn out, causing incorrect readings from the sensor.

Fitted before the throttle body, but after the air filter, the MAF sensor reads the amount of air flowing into the engine and the air density. As air passes over the wire, its temperature changes along with the electrical resistance. The MAF sensor then sends its readings to the engine's computer, which uses those readings to determine how much fuel needs to be injected into the engine.

Symptoms of a failing Porsche 996 MAF:

The exposed wire used to read the air needs to be clean to get an accurate reading. Aftermarket reusable filters, such as K&N products, are known to contaminate the MAF sensor. The oil used to keep the filters clean gets pulled into the engine, covering the wire and contaminating the sensor.

How much will it cost to replace a Porsche 996 MAF?

An OE mass airflow sensor from Bosch costs around $200. A new sensor will likely solve any engine trouble codes related to the sensor. However, if you're on a budget, you can try cleaning the sensor. A can of MAF sensor cleaner from CRC is significantly cheaper at around $10 a can.

How long will it take to replace a Porsche 996 MAF?

The MAF sensor sits in the airbox cover. Removing the airbox cover is very straightforward and shouldn't take long. Once the cover is out, only two screws hold the sensor into the cover. In total, the entire job should take you around half an hour to be safe. Though, don't be surprised if you can get it done quicker.

Open the engine lid, and the airbox will be right upfront. First, remove the oil filler tube from the top of the airbox. Then, use a flathead screwdriver to loosen the seven screws around the airbox cover's edge. However, skip that step if you're working on a 997, as its cover doesn't use the seven screws that the 996's does. 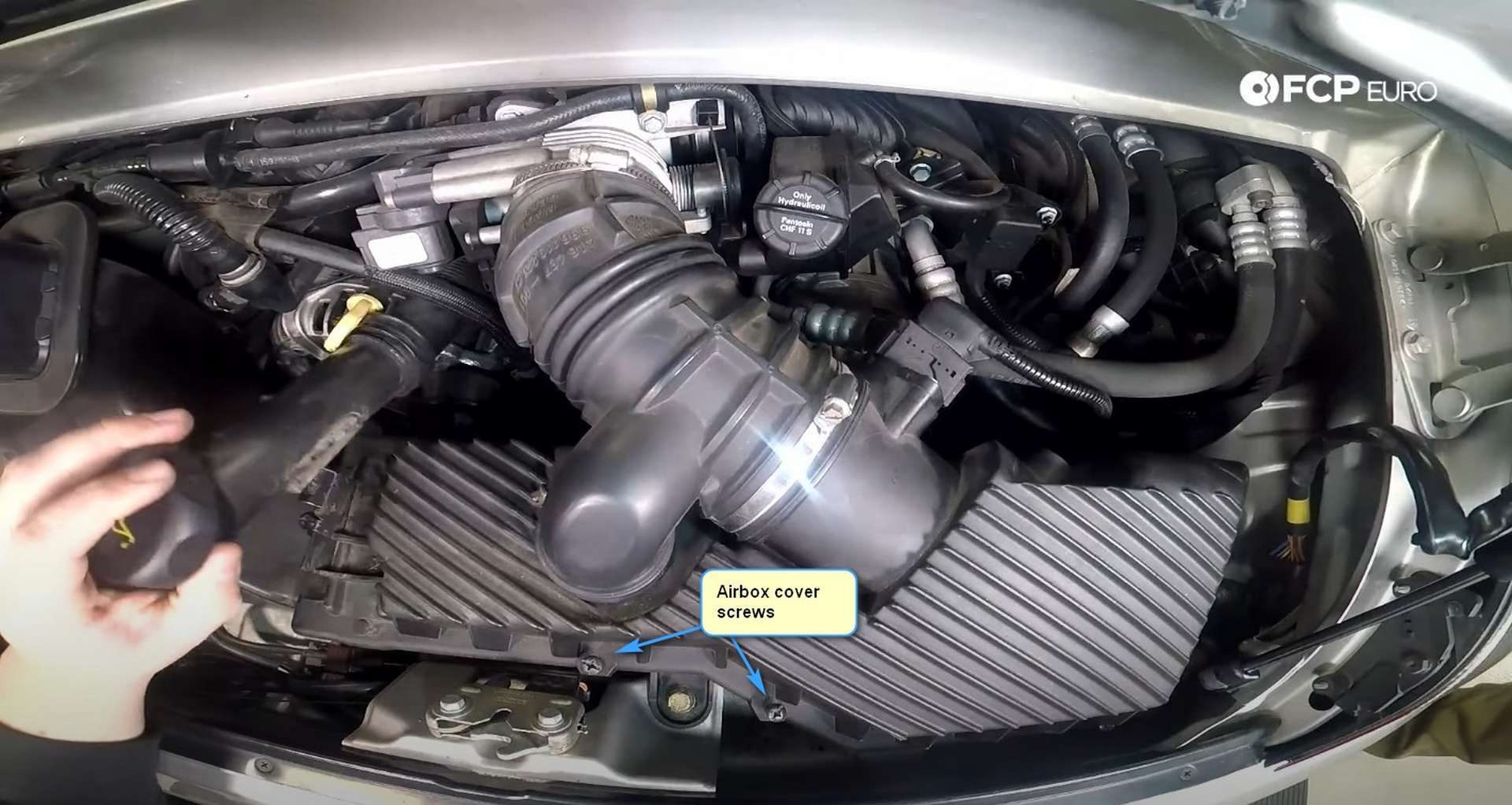 The screws are part of the airbox cover, so just loosen them enough to separate from the airbox's lower portion. After that, unplug the mass airflow sensor and loosen the hose clamp on the throttle body. 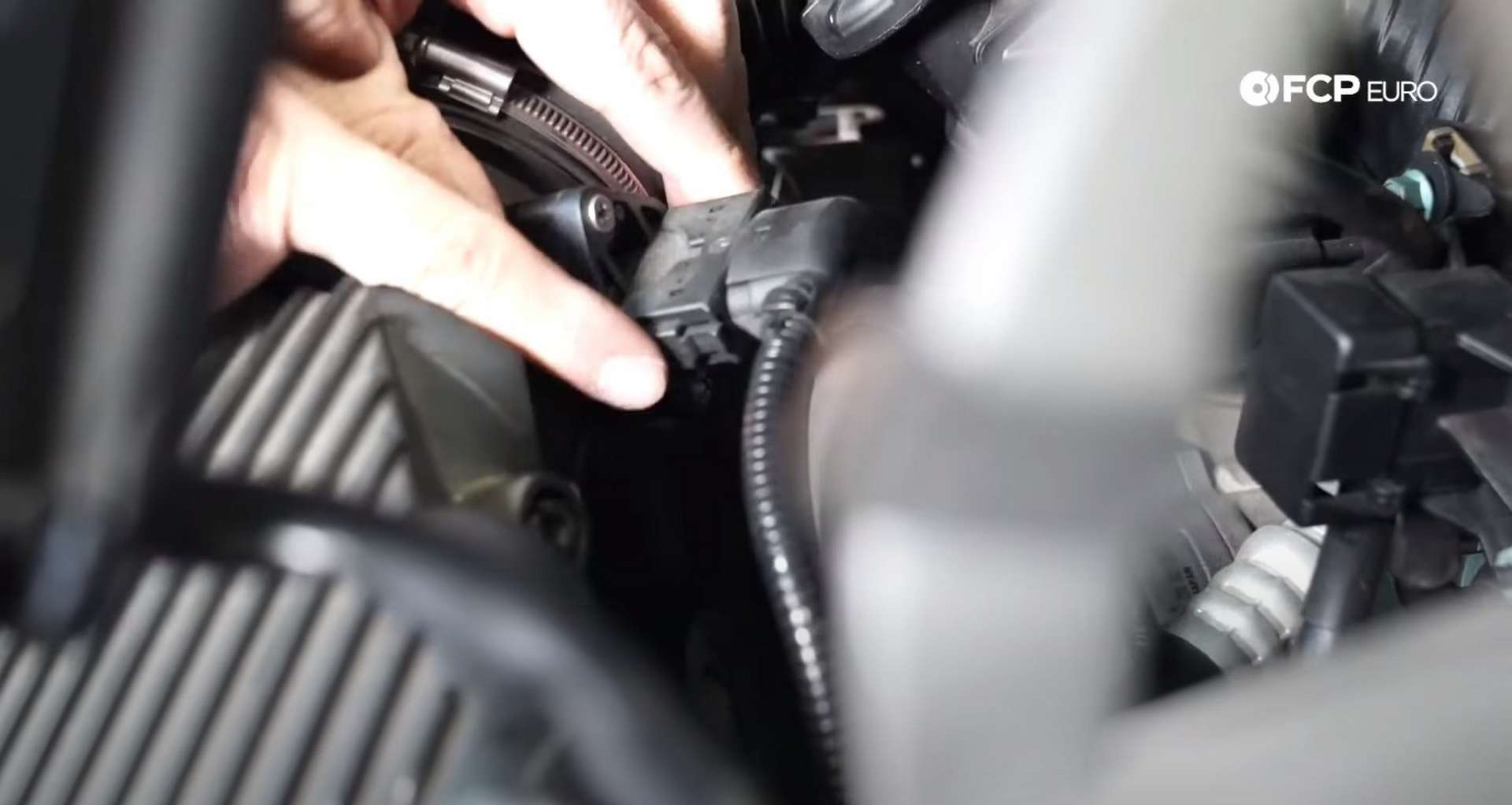 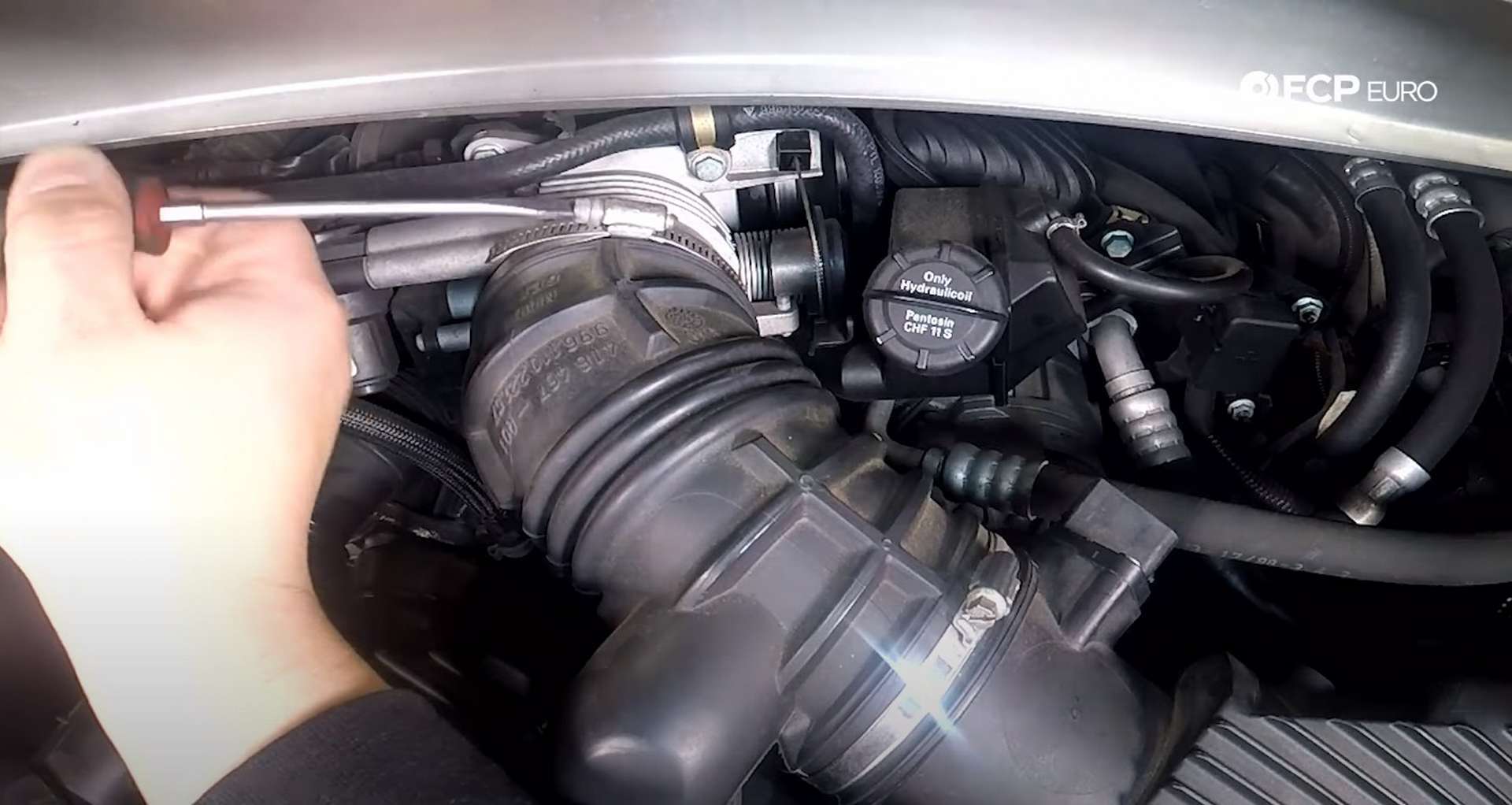 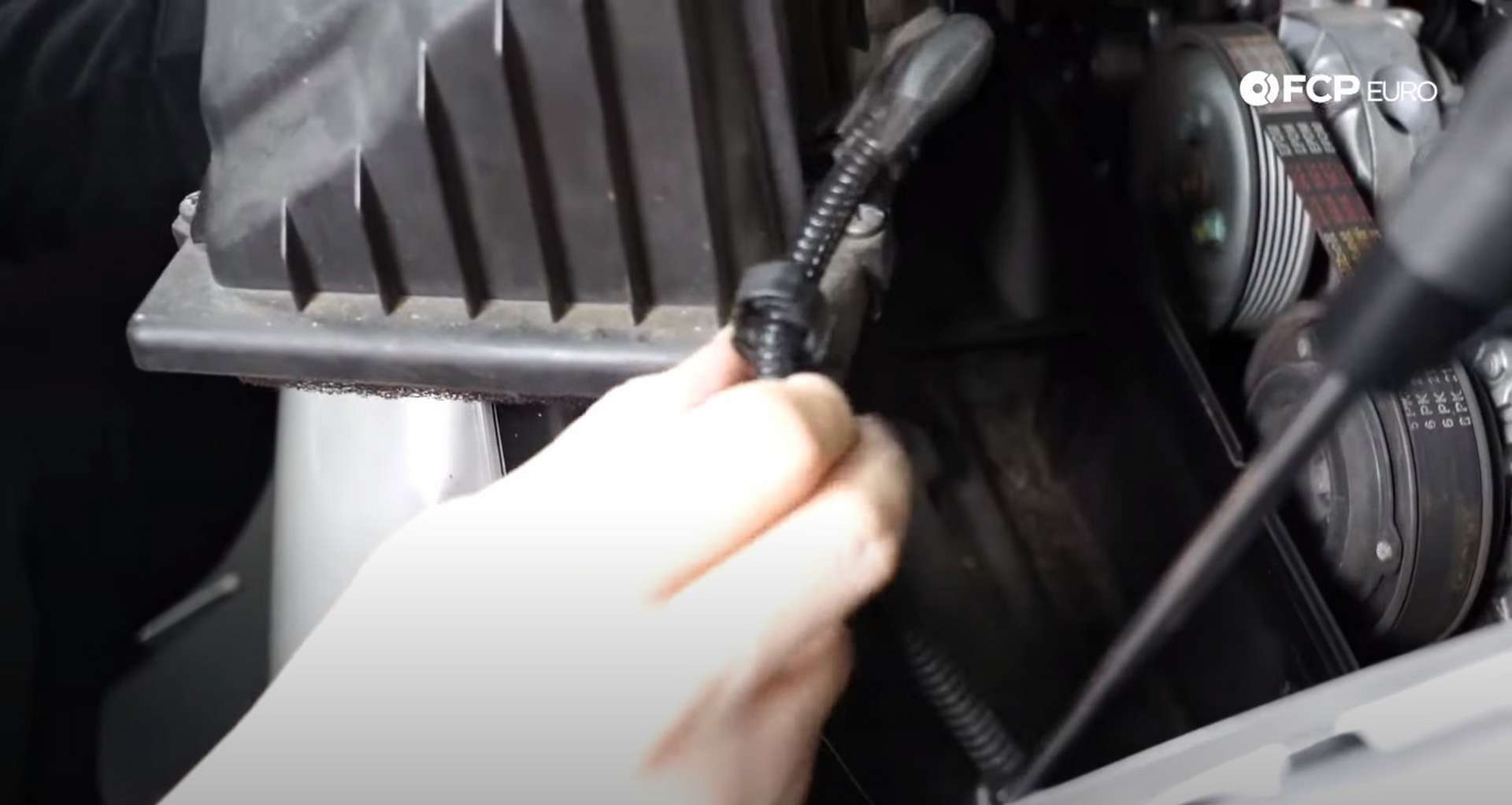 Now would also be a great time to change your air filter while the cover is out of the engine bay. The MAF sensor is held into the airbox cover by two tamper-proof T20 screws. Use the tamper-proof T20 bit socket to remove the screws, then pull the sensor out of the cover. 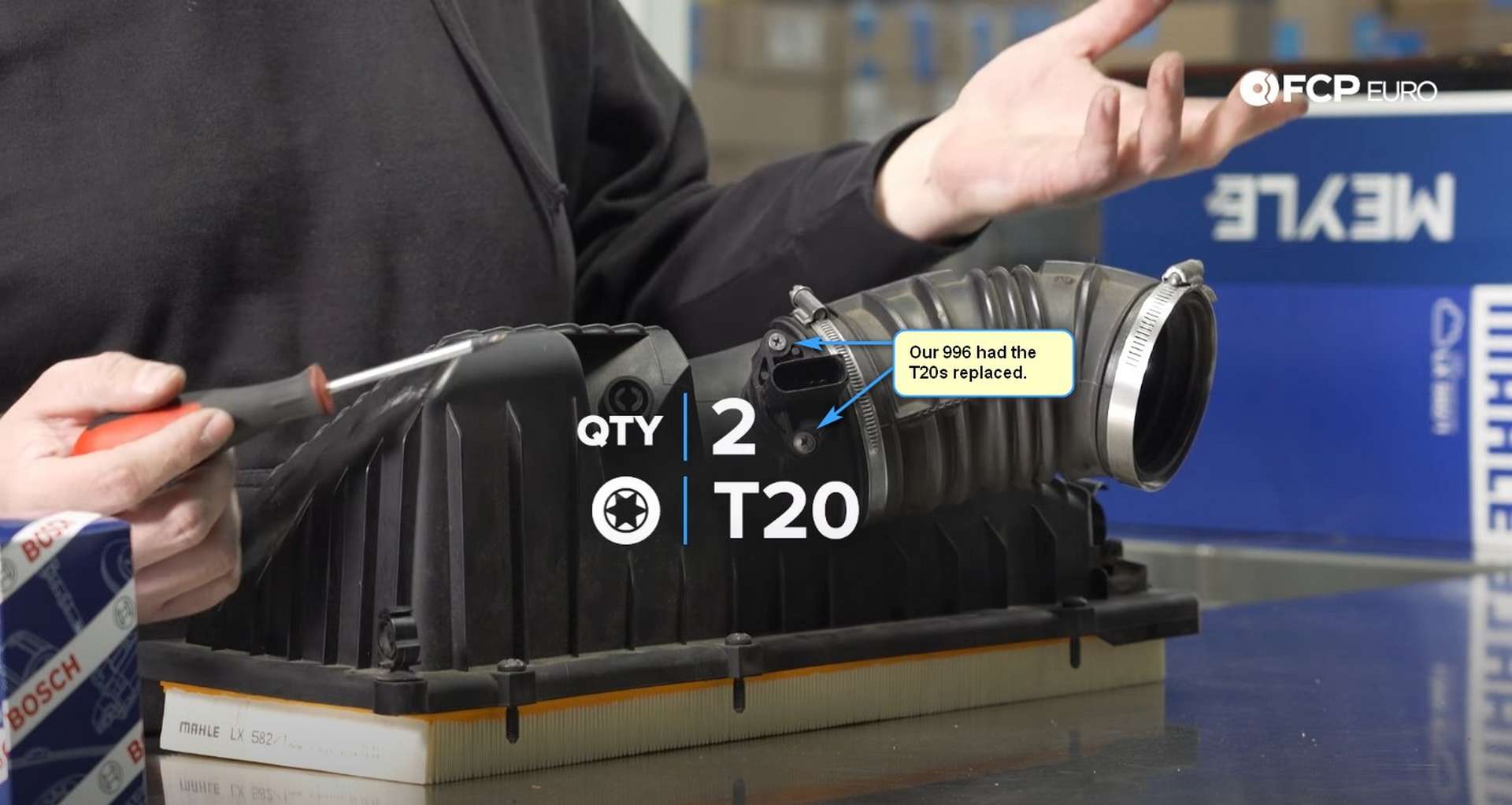 The MAF uses an o-ring to seal itself to the airbox cover. Expect to use some force to remove the sensor. Inspect the sensor to determine whether or not you can reuse it. Replace the sensor if the wire looks damaged in any way. Use the MAF sensor cleaner if you've determined that it is reusable but dirty. 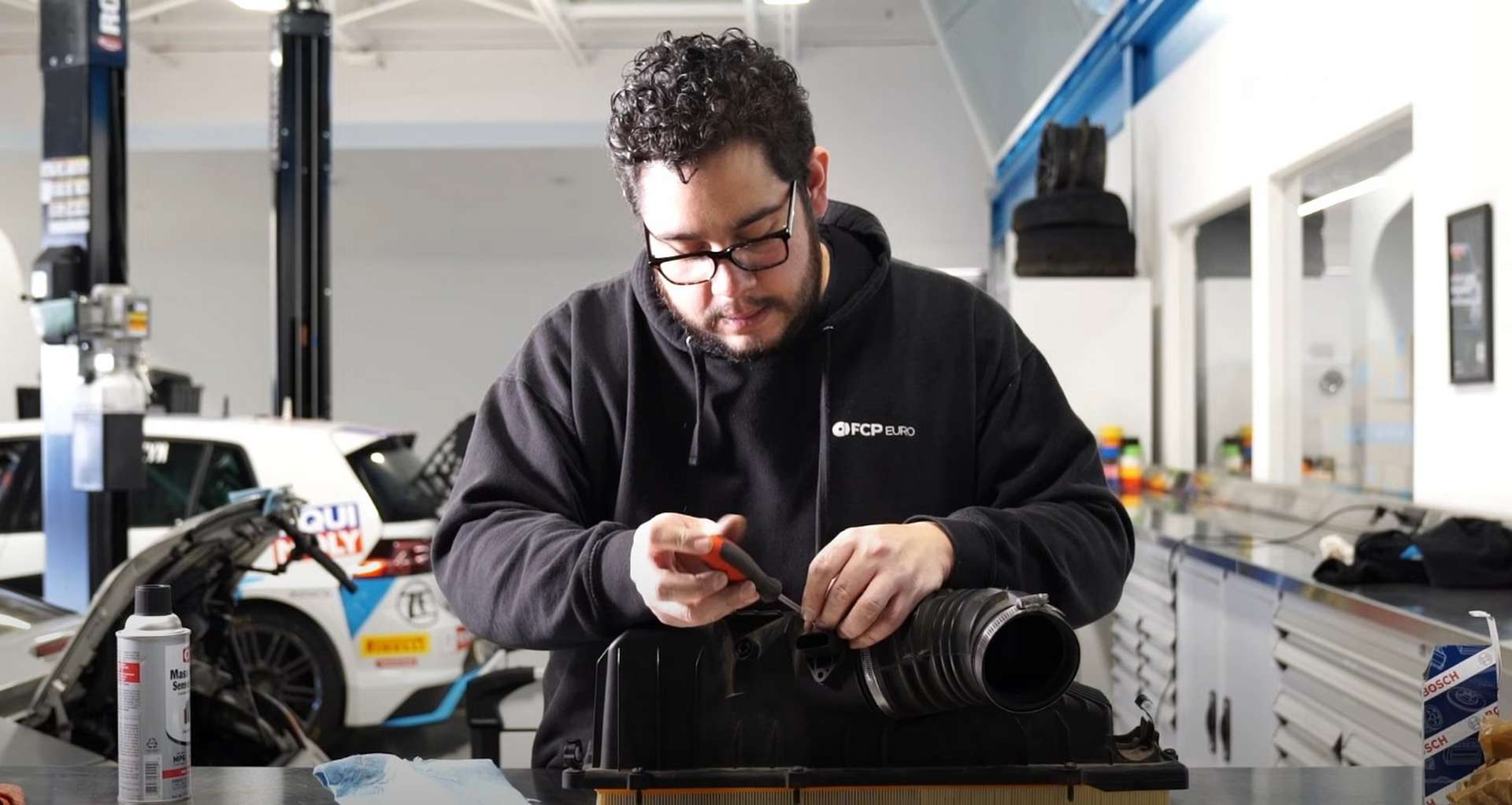 Fit the new or reused sensor into the airbox cover with the resistor wire facing downward toward the air filter. Then, thread in the two screws before tightening them with a tamper-proof T20-bit socket. 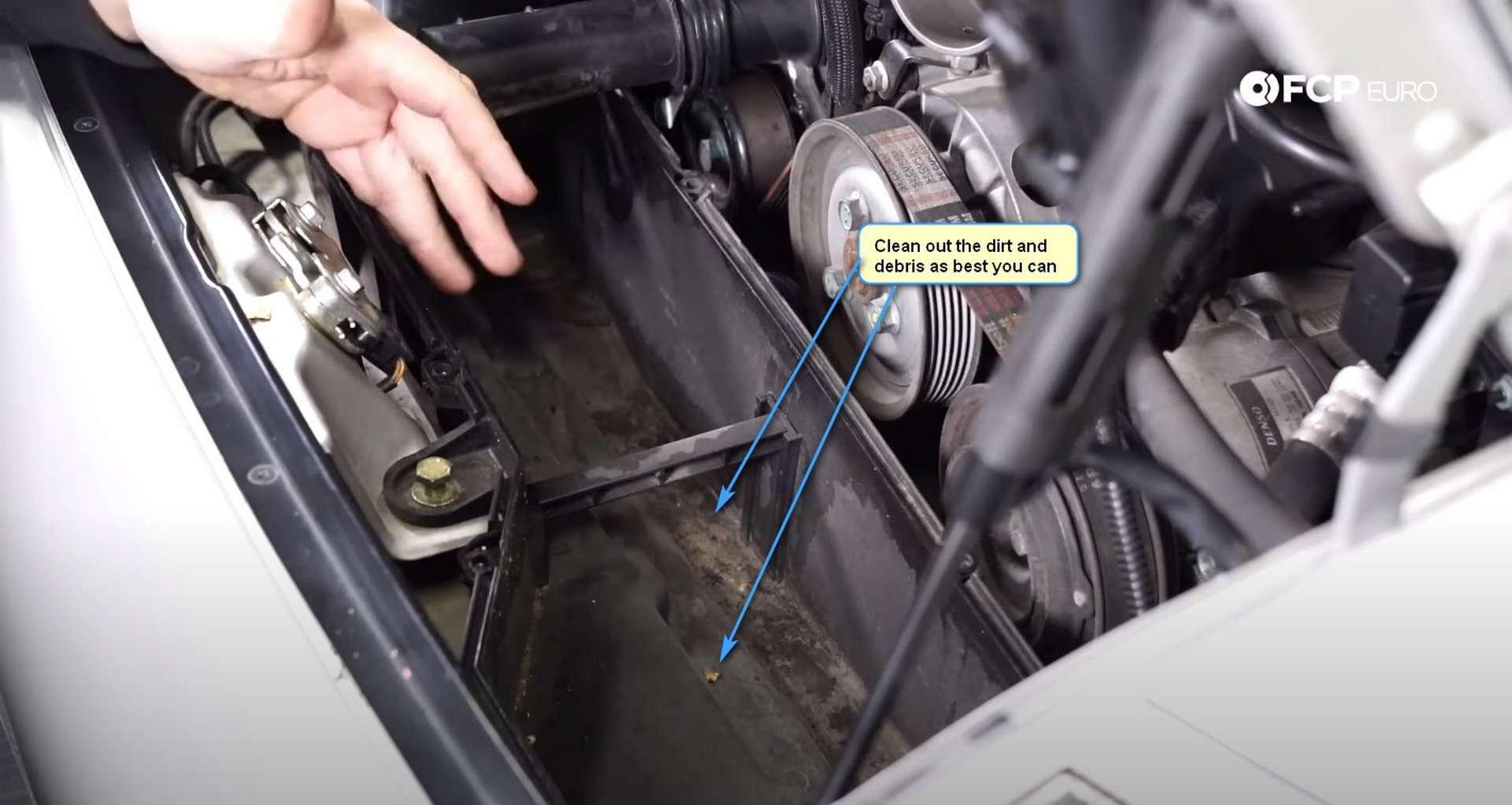 Before refitting the top of the airbox, take a look inside of the bottom portion. Clean out any dirt or debris while you're there to extend the filter's life and improve the air quality that the engine is pulling in. A vacuum works great to clean out the airbox. If that's too much, pick out the small debris and use some soapy water with a rag to clean out the dirt.

Step 3: Refit the airbox cover and secure the intake connections

Now that you've replaced the filter and cleaned the airbox of any debris, refit the new filter/cover assembly to the engine. Ensure the MAF sensor wiring and oil filler neck aren't in the way when fitting the cover. You can resecure the MAF wiring before or after fitting the cover, do whatever you find easiest. The cover will locate itself on the airbox once the intake tube is fully seated on the throttle body. 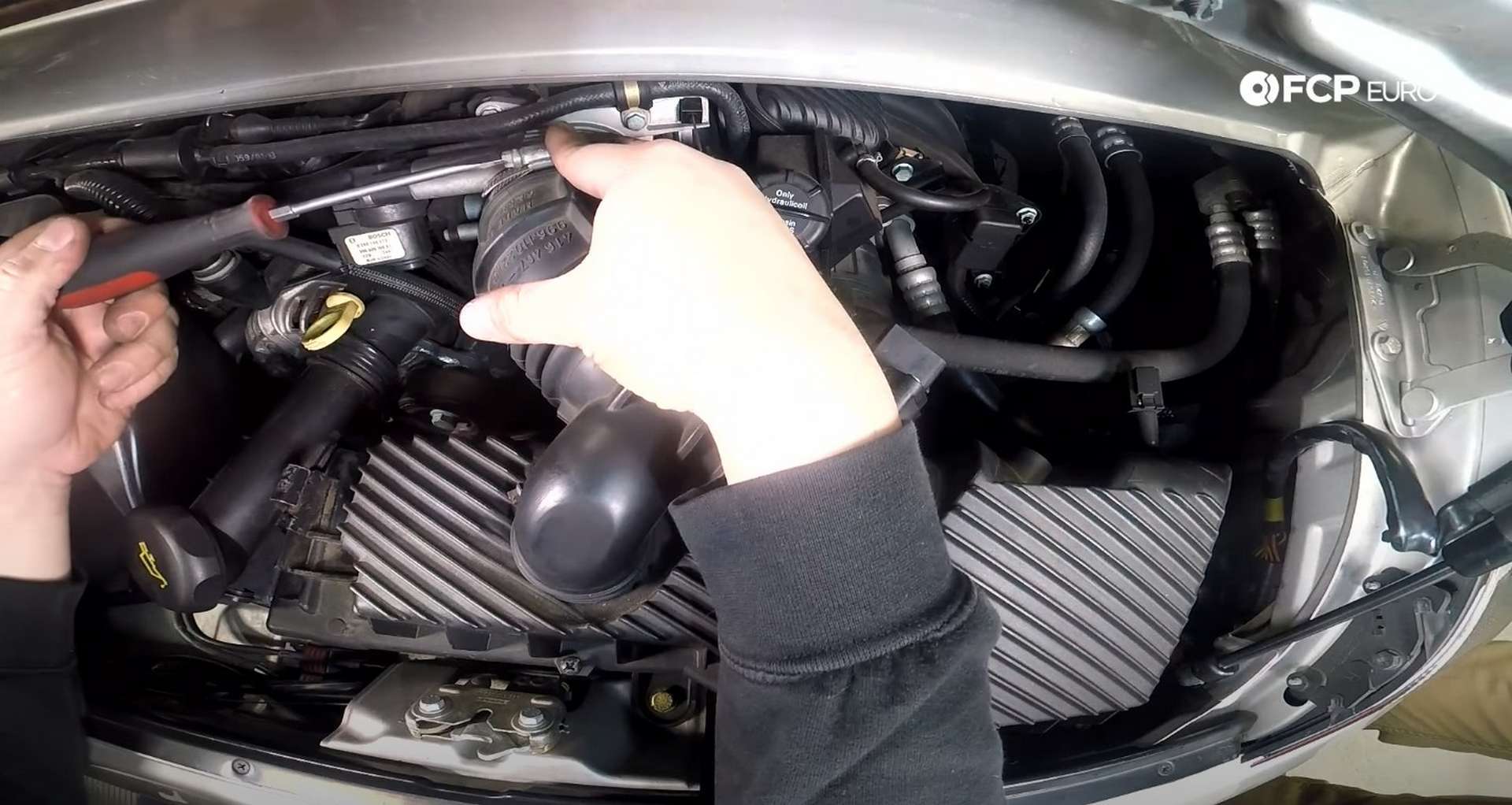 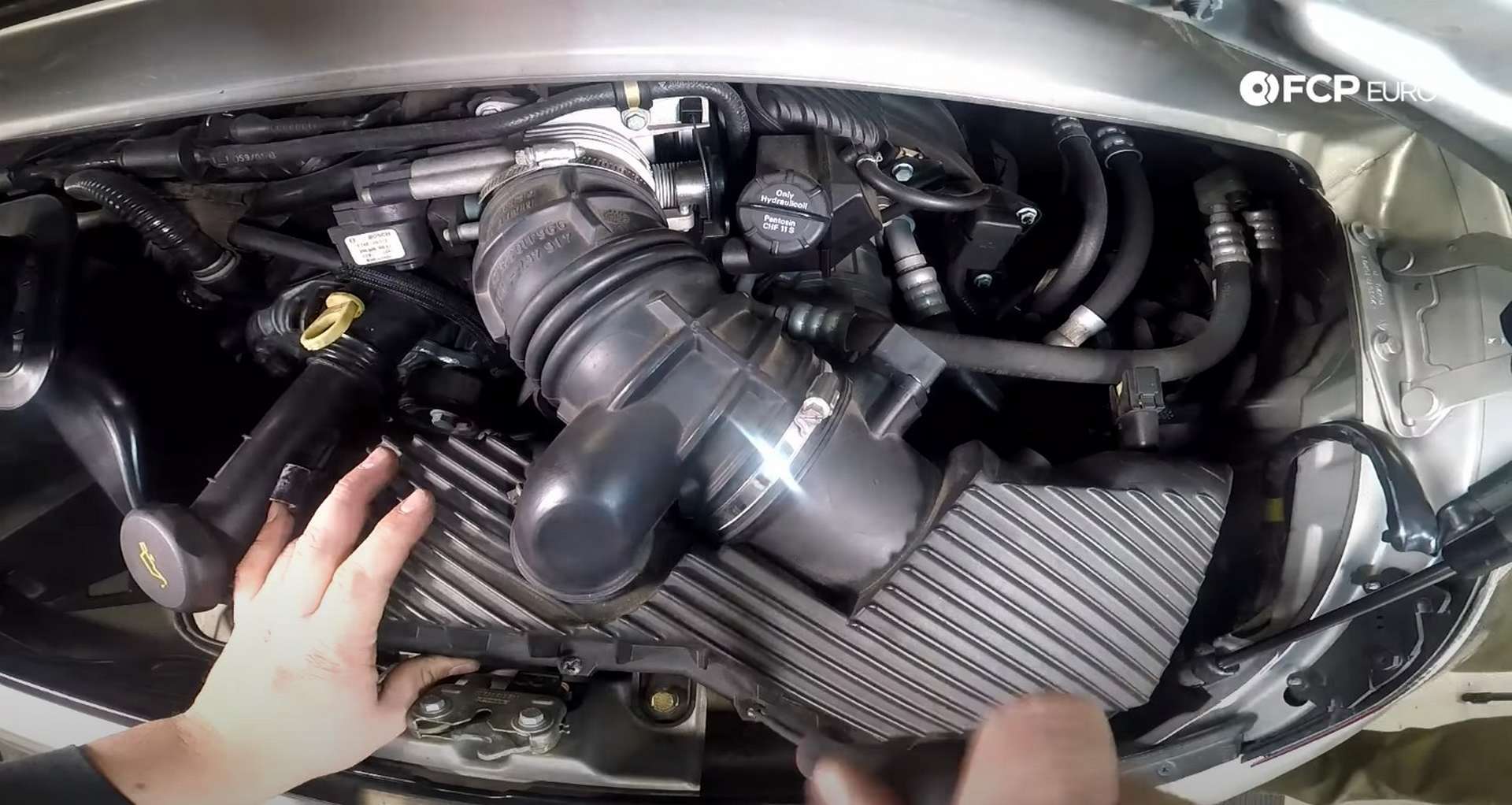 That's all there is to it. A dirty MAF sensor can cause a few small and annoying hiccups that can eventually lead to greater engine damage. The parts are relatively cheap compared to an engine rebuild, and the replacement process is very straightforward, so it behooves you to take care of it while you can. If you're interested in more DIYs for your Porsche, you can visit porsche.fcpeuro.com and subscribe to our YouTube channel.