The 996-generation Porsche 911 uses two mounts at either rear corner of the engine. They bolt through the body and the engine mounting plate. The engine's weight causes the mounts to sag with age, leaving all of that weight to shift around during driving. All of that mass hanging out behind the rear axle already presents a challenge when hustling the car around some mountain roads. Worn engine mounts will only add to that challenge, making the rear-end more unpredictable. Thanks to the aftermarket, you can fit some OE-style rubber mounts, semi-solid mounts for the weekend warrior, or go completely race car with solid mounts.

Replacing the engine mounts in a Porsche 996 is very straightforward. Because of their positioning at the back of the engine, they're easily reachable and quick to replace. Fresh mounts will tighten up the engine's vibrations being sent through the chassis providing a more comfortable ride while increasing the positive handling characteristics. Those mounts are the only things hanging onto the engine that far back in the car, so carefully follow the steps below to replace the mounts correctly.

How much will it cost to replace Porsche 996 911 engine mounts?

Along with the two engine mounts, Porsche instructs you to replace the four bolts securing the mounts to the chassis and the two nuts holding the engine crossmember onto the mounts. The Rein kit comes with both mounts and all of the associated hardware required for the replacement. Expect to pay around $275 for the kit.

How long will it take to replace Porsche 996 911 engine mounts?

Getting to the mounts is very straightforward and replacing them is just as easy. Expect the replacement to take around 35 minutes.

Open the engine lid, and the airbox will be right upfront. First, remove the oil filler tube from the top of the airbox. Then, squeeze the two tabs on either side of the mass airflow sensor plug and pull it off the sensor. 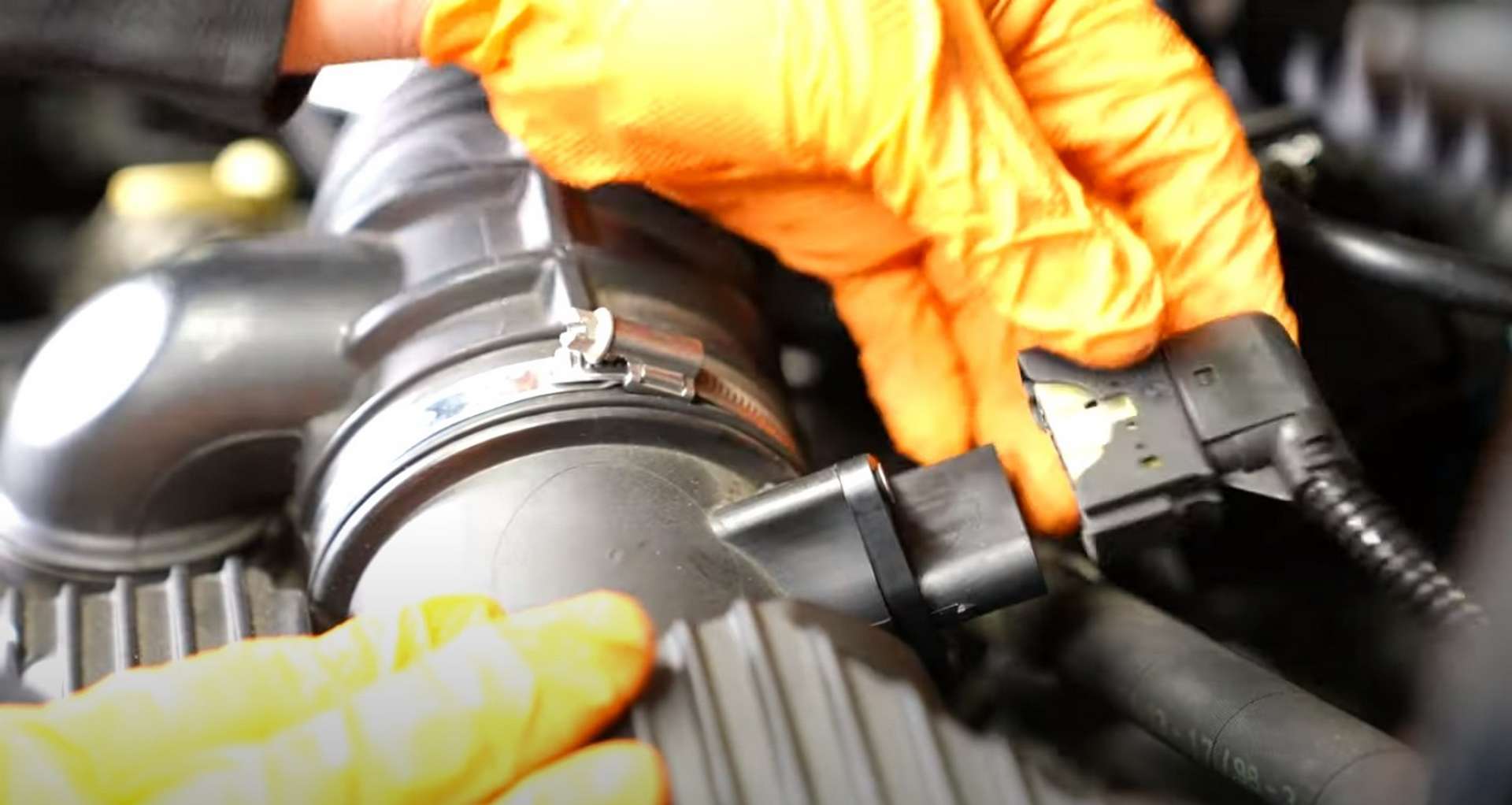 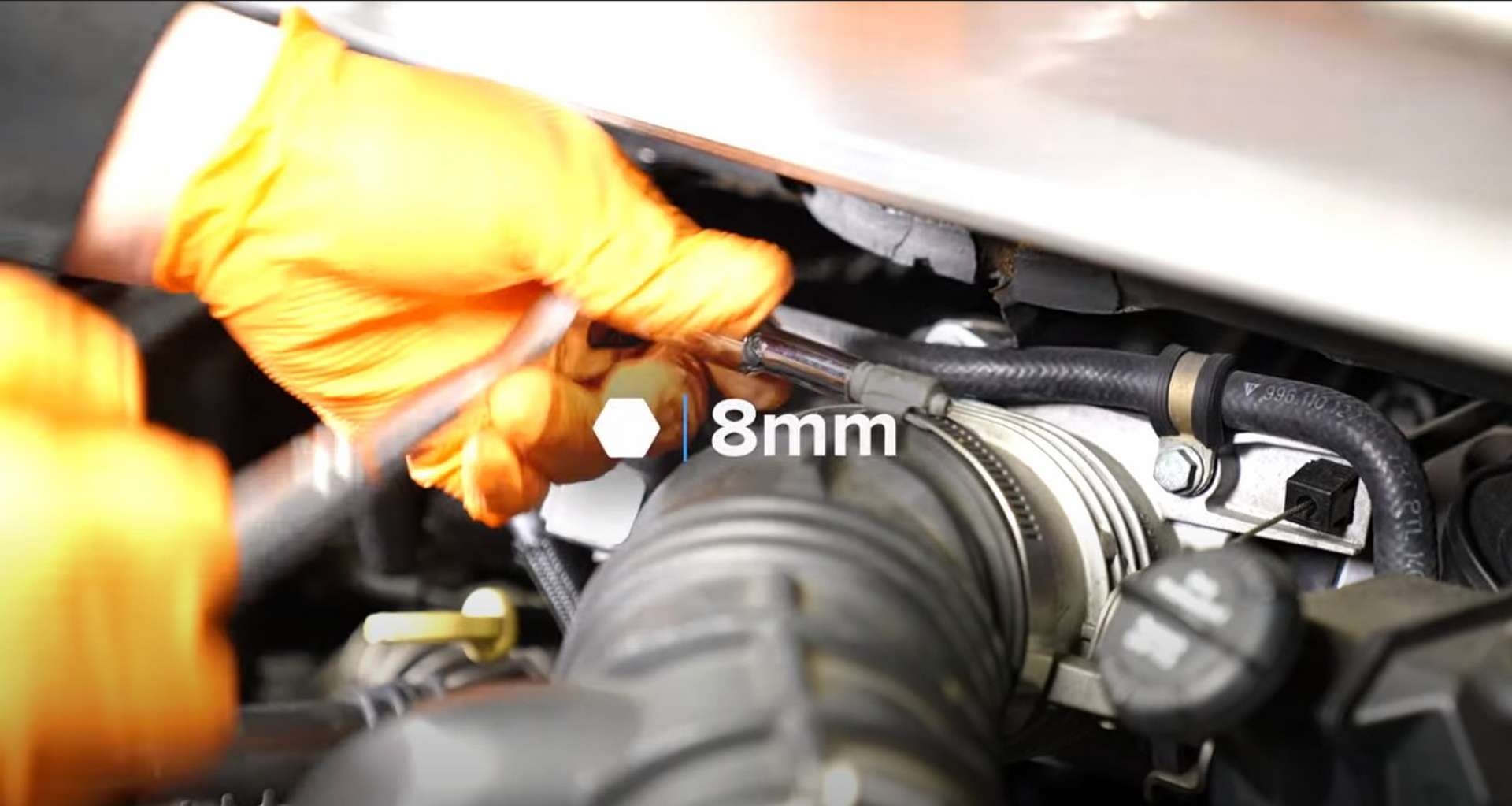 After that, use a 13mm socket to remove the single bolt mounting the airbox into the car. It is located just to the right of the engine lid latch. Then, pull the entire intake assembly up and partially out of the engine bay.

The wiring for the mass airflow sensor runs through a clip on the right rear corner of the airbox. Ensure that you remove the wiring from the clip before removing the intake entirely.

The secondary air pump sits against the driver's side of the engine bay. First, remove the wiring from the clip at the pump's base and the air hose connected to it. 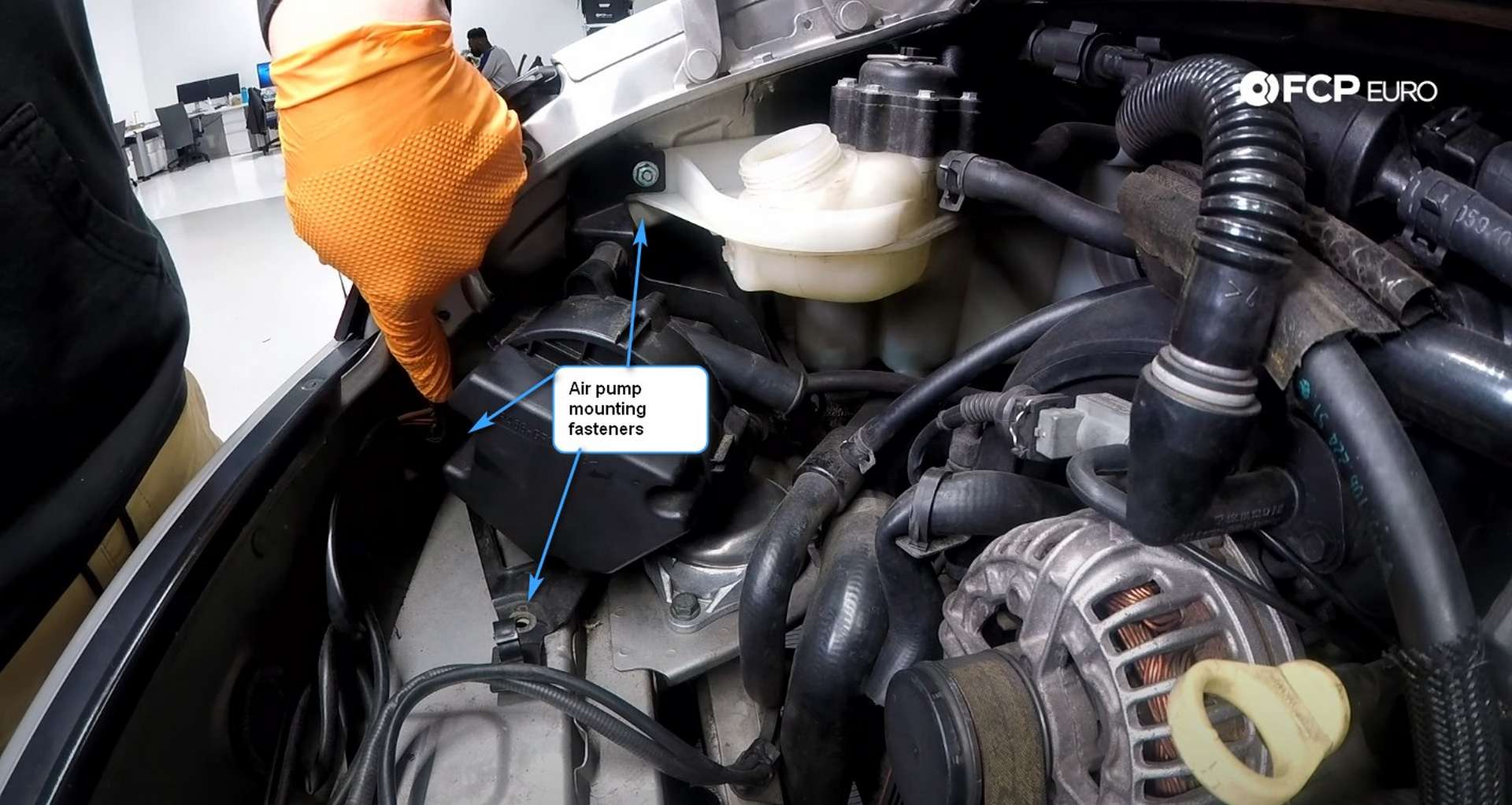 Next, use a 10mm socket to remove the two bolts and the nut that secures the pump to the chassis. The nut also holds the coolant expansion tank in place, so thread that back on after pulling the pump off the stud.

Lastly, disconnect the pump from the wiring harness and remove it from the engine bay.

Take your floor jack and use it to support the engine. Place a piece of wood or rubber on the jack before supporting the engine just in front of the oil sump. 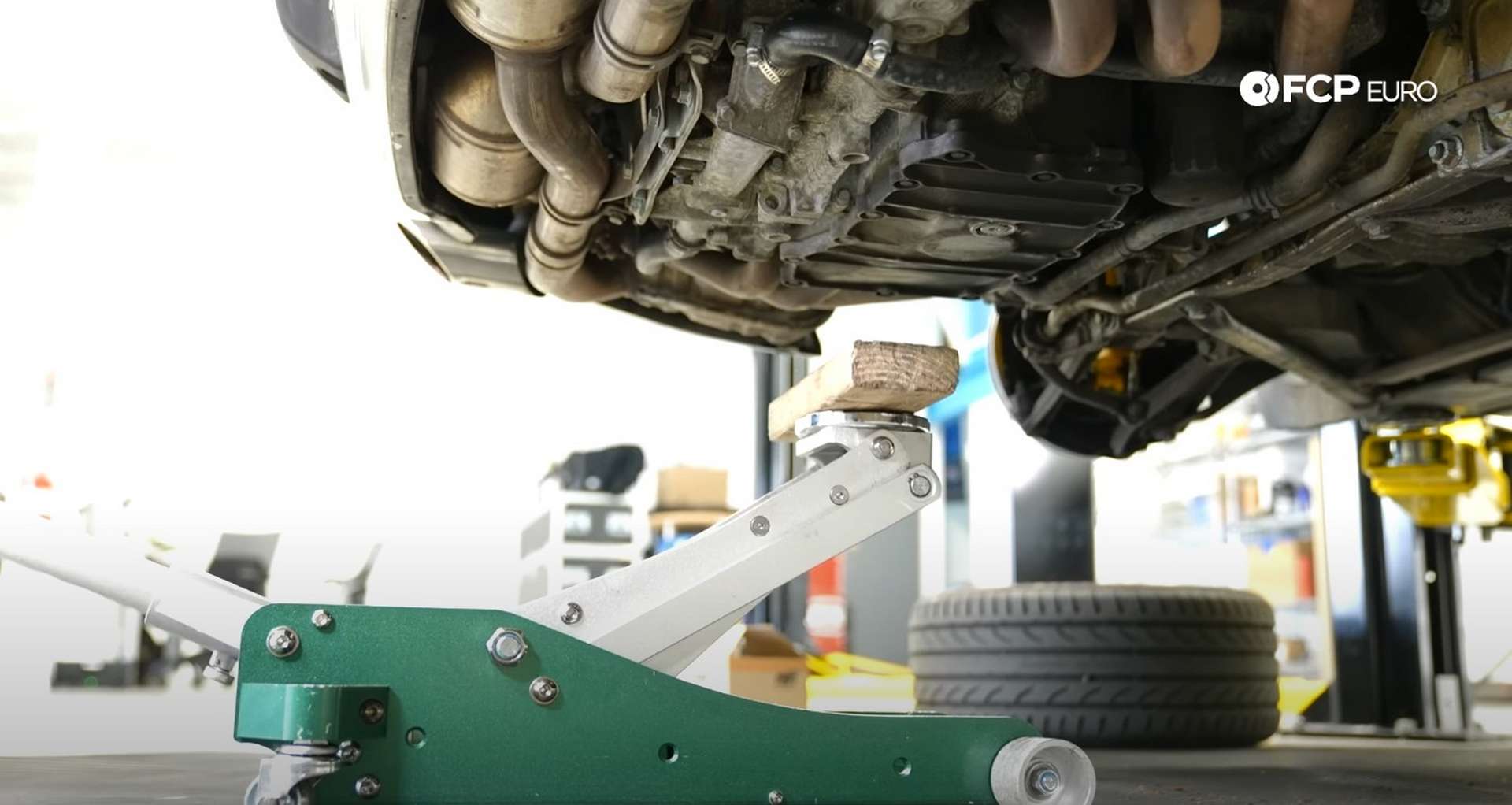 Then, get under the car and use the 18mm socket to remove the lower engine mount nuts. The exhaust will prevent you from getting close to the nut, so you'll have to use a long extension. 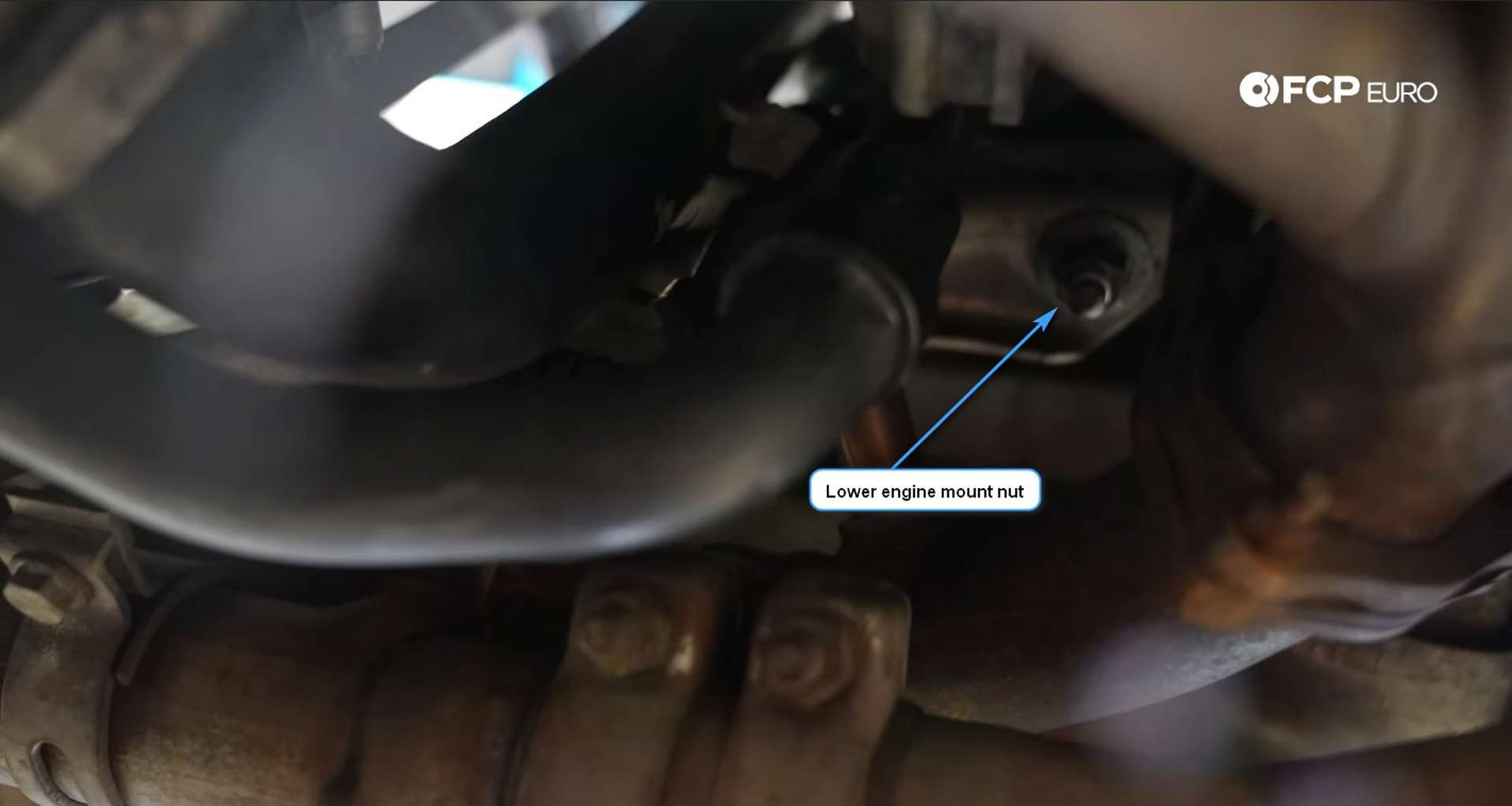 Head back into the engine bay after removing both lower nuts. Each mount is bolted into the chassis by two bolts. Use a 13mm socket to remove the bolts. Then, remove the old mounts from the car. 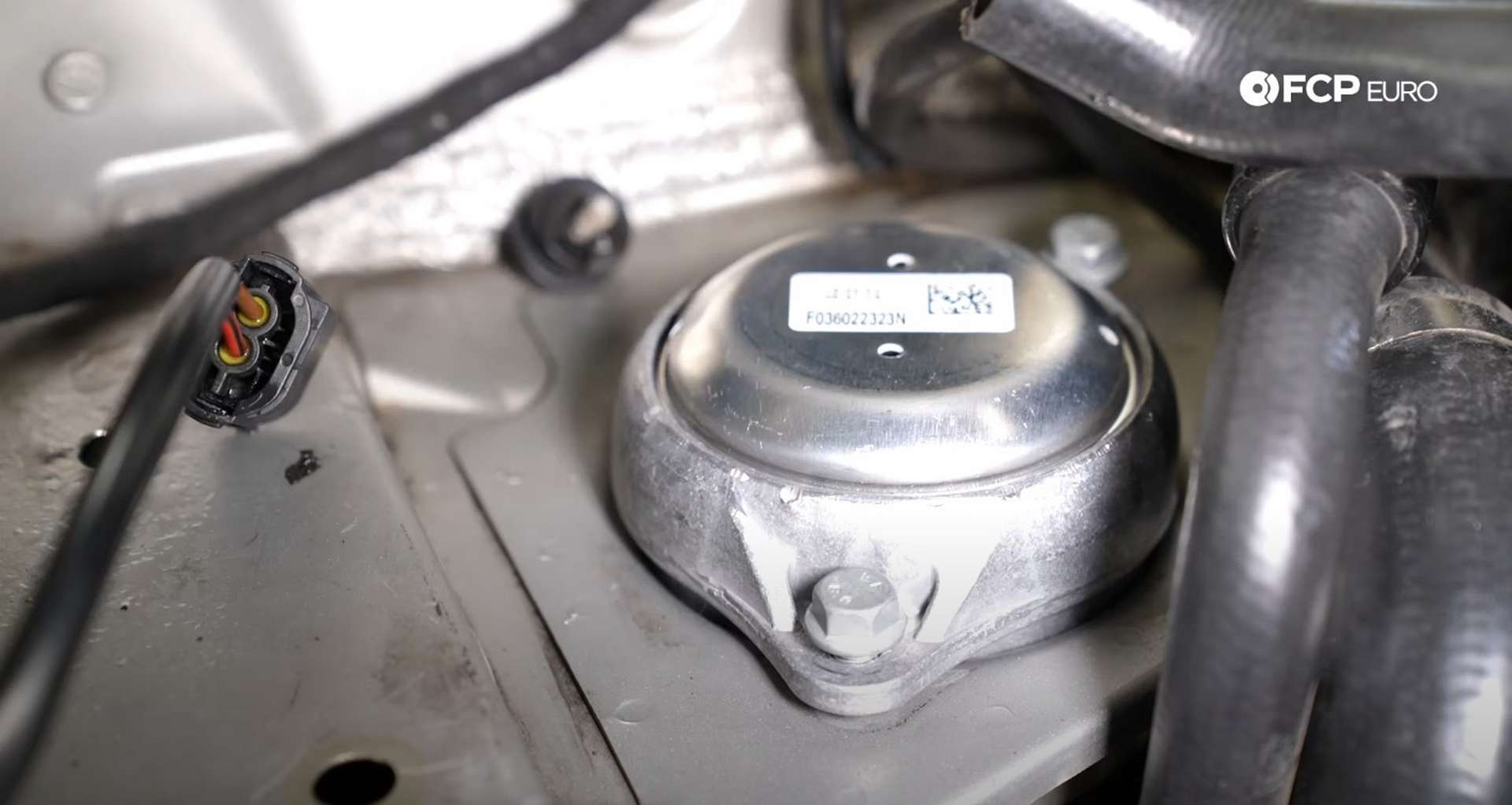 Place the new mounts into position and thread in the new bolts. Thread them in by hand to prevent cross-threading before using a 13mm socket to torque them to 23Nm. 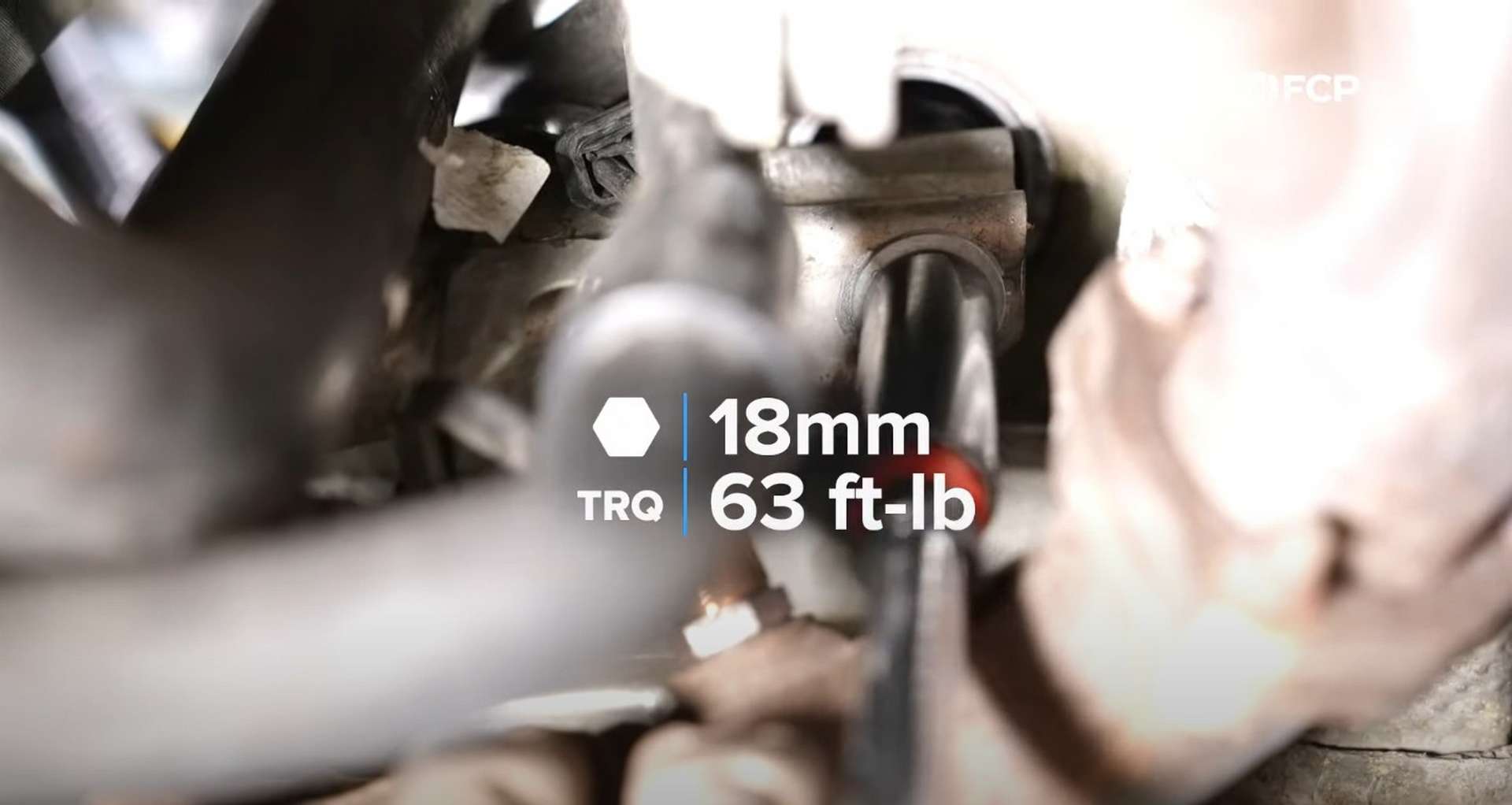 Then, head back under the car and thread on the lower engine mount nuts. Use the 18mm socket to torque them to 85Nm.

First, reconnect the wiring harness to the pump. Then, resecure the pump to the chassis. Get the pump sitting on its mounting stud before threading in the two other bolts. Tighten the bolts and nut with a 10mm socket.

After that, slide the air hose back onto the pump and rescue the wiring in its clip.

Grab the intake and refit it into the engine bay. Use the two locating pins on the underside of the airbox to ensure the airbox is in the proper position. Then, run the mass airflow sensor wiring through the clip on the airbox's corner. 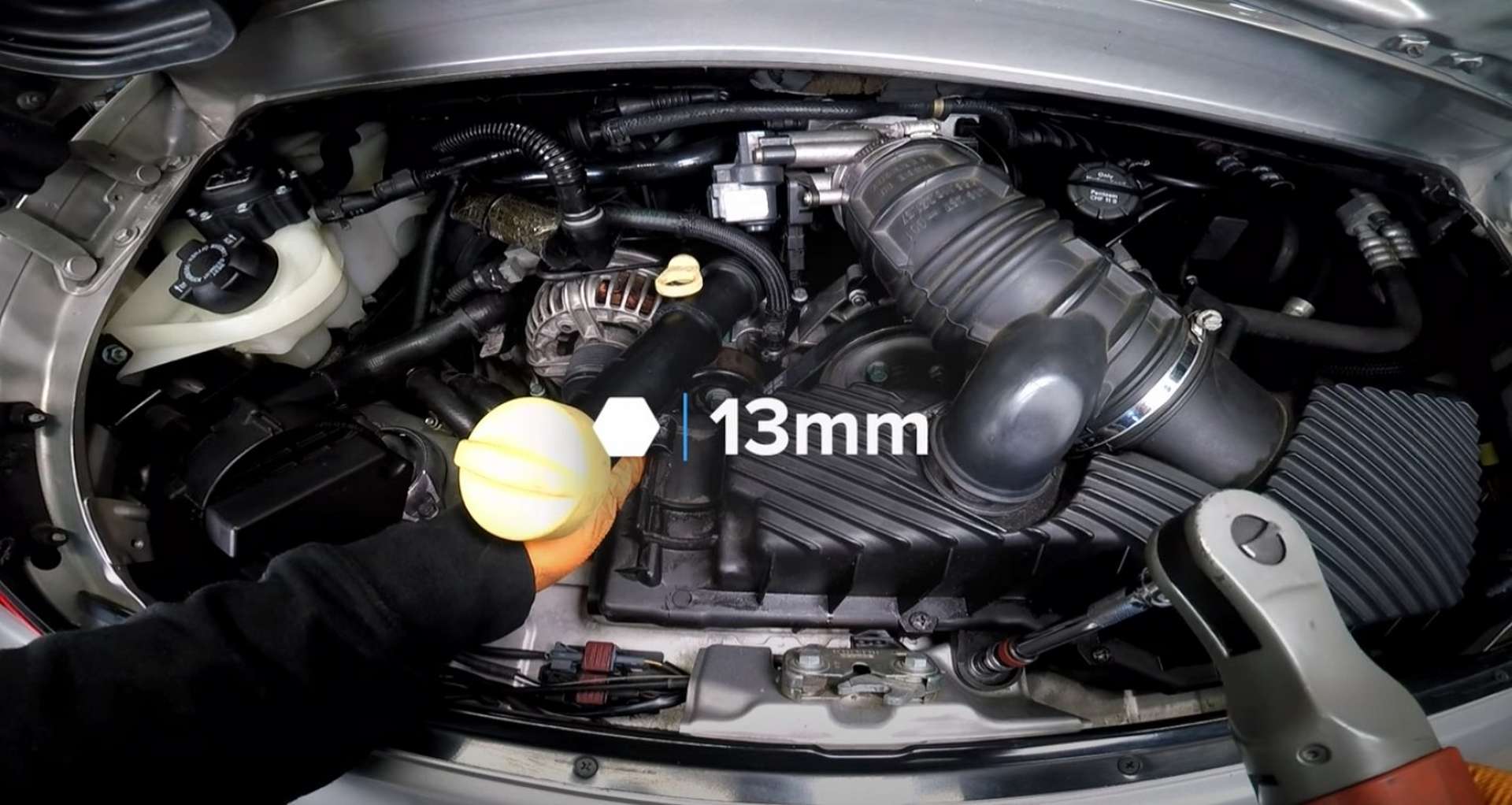 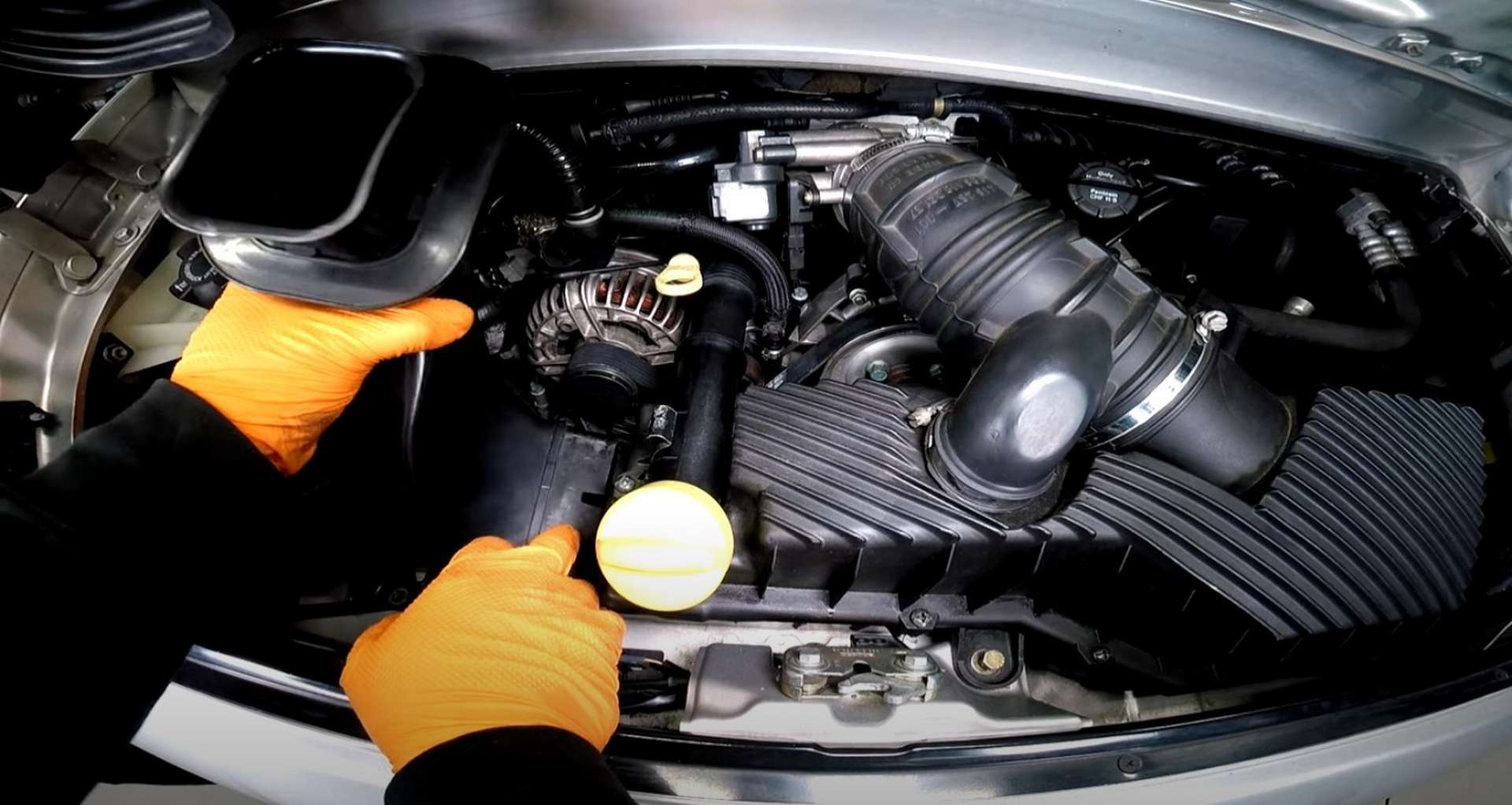 Finally, refit the airbox snorkel to the airbox and plug in the mass airflow sensor.

Replacing the engine mounts is the best way to keep all that weight at the back in control, and that's all there is to it. If you're interested in more DIYs for your Porsche, you can visit fcpeuro.com and subscribe to our YouTube channel. 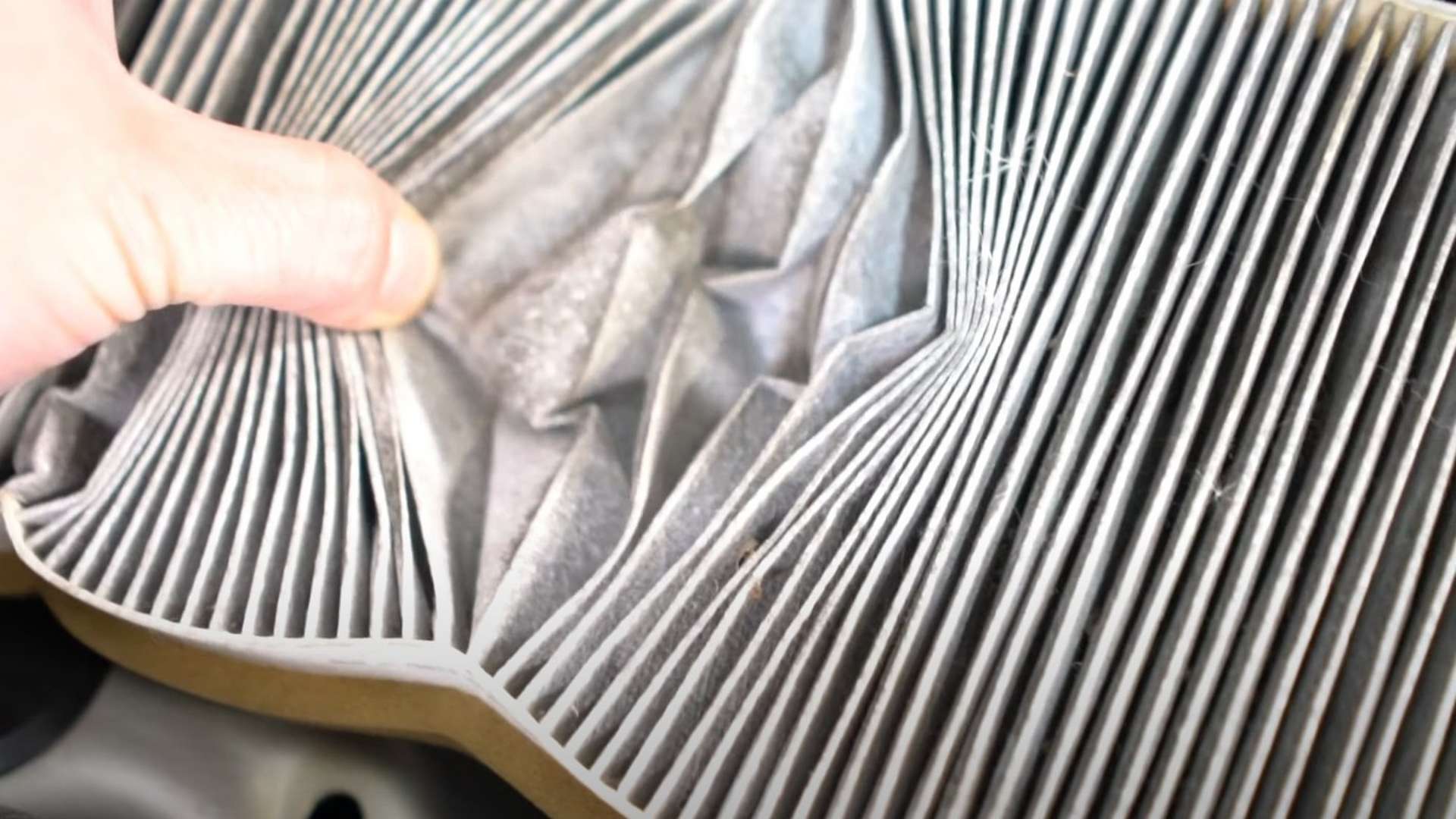 Replacing the filter on the Porsche 996 911 is a relatively simple job compared to other European makes and models. 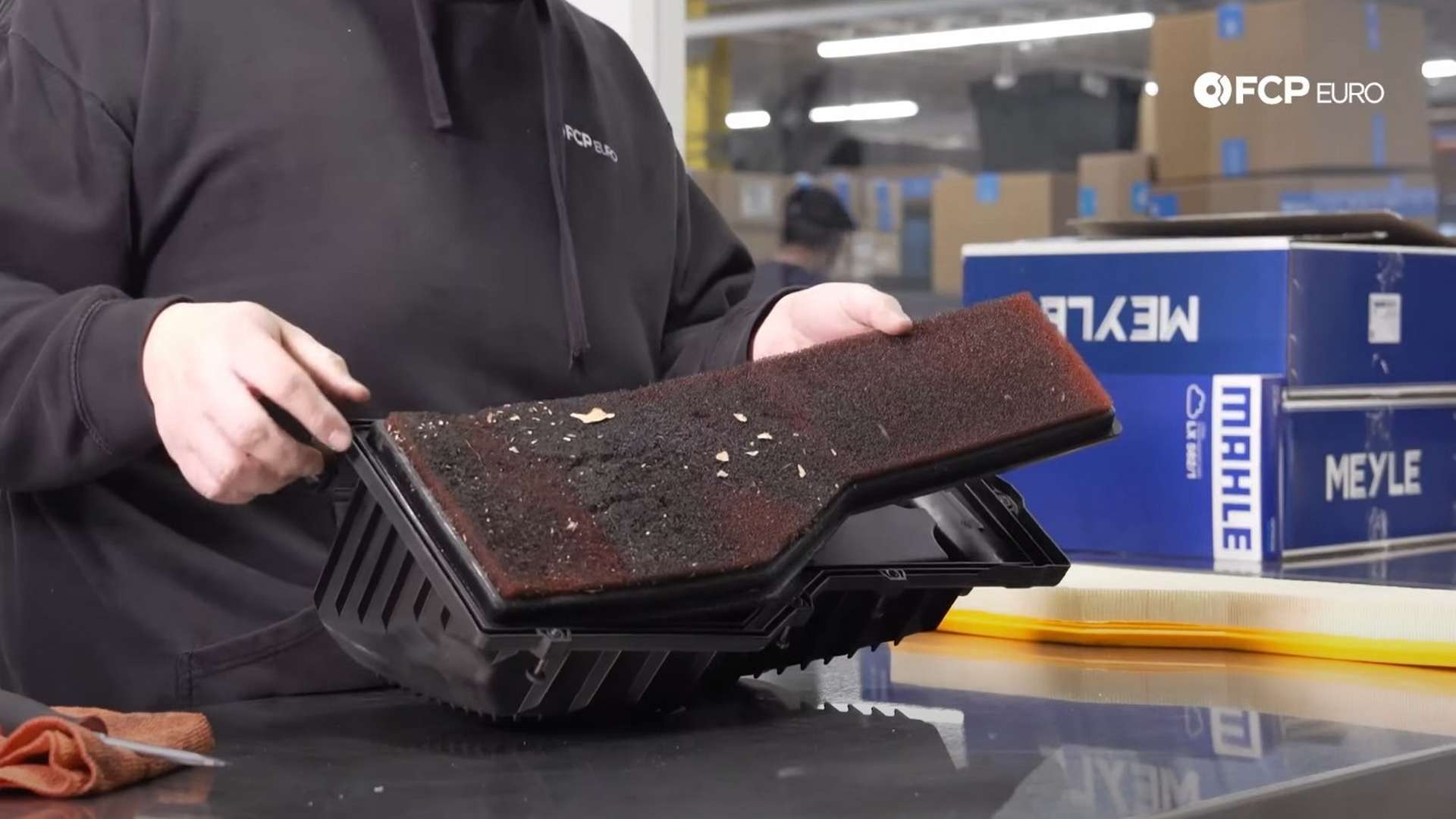 Replacing the engine air filter on your Porsche 996 911 is one of the easiest DIY maintenance jobs that you can do yourself at home.

Replacing your Porsche 996 MAF or mass air flow sensor is a common way to restore lost engine performance. Learn how to replace your MAF with this DIY. 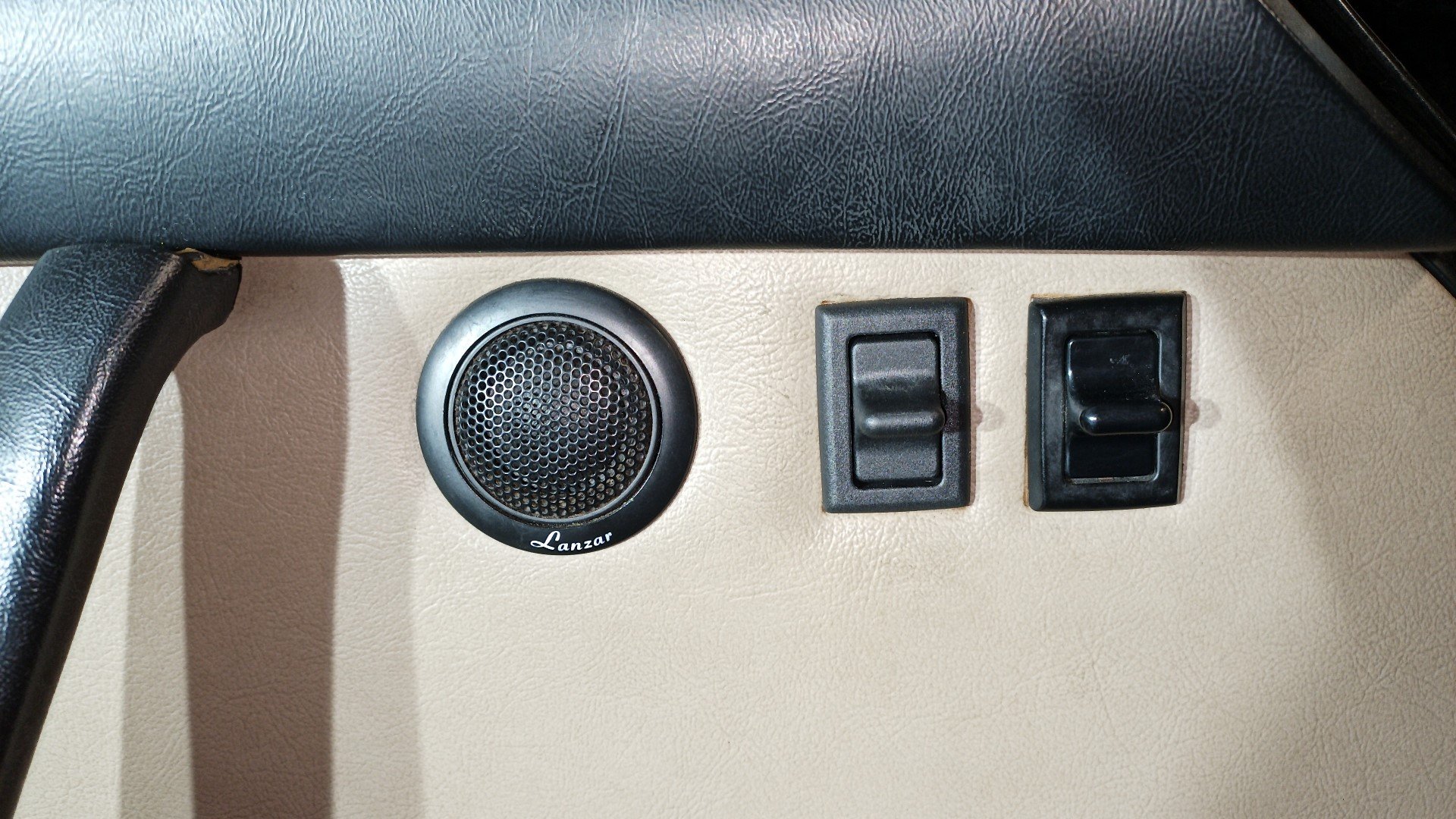 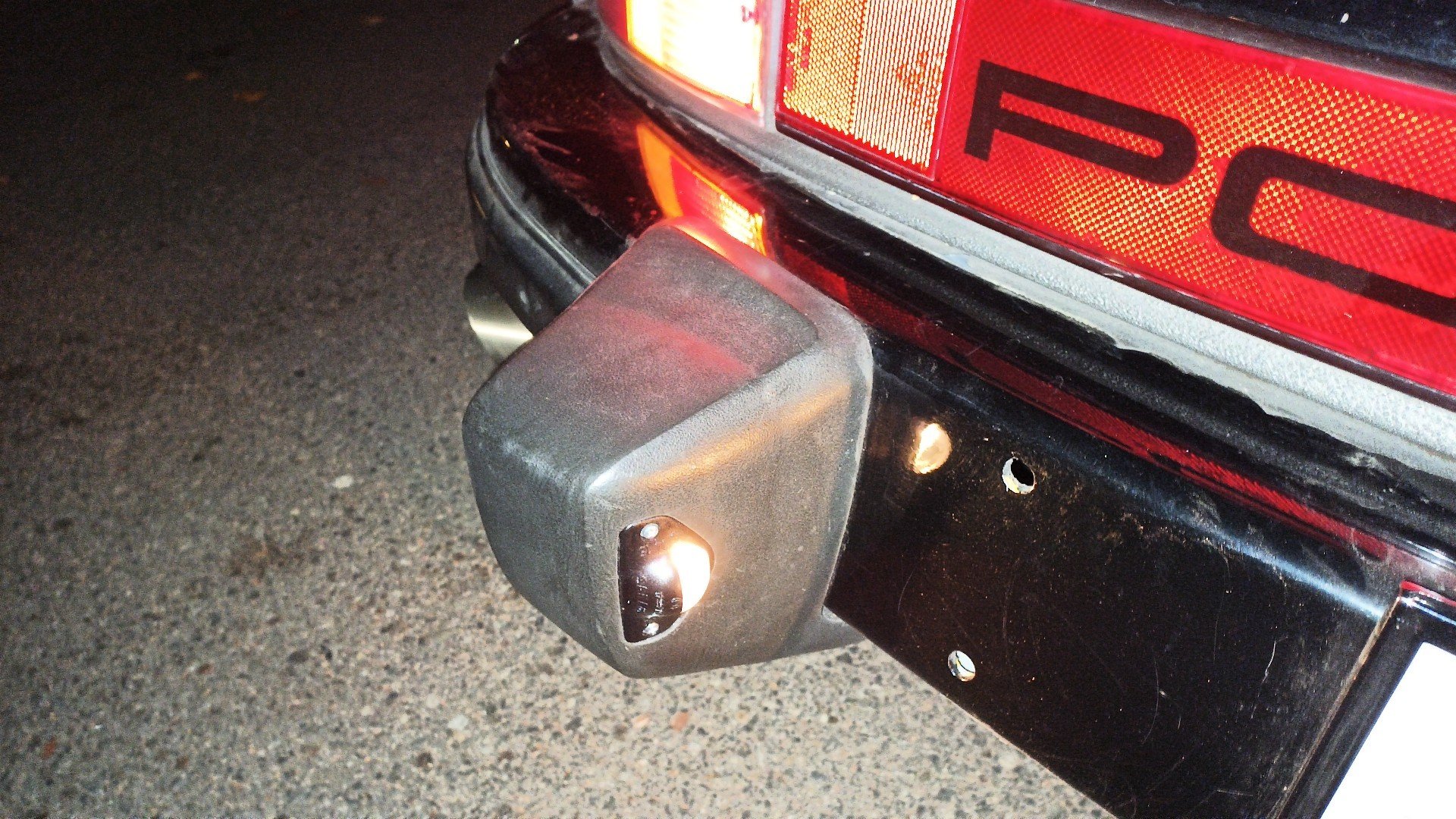 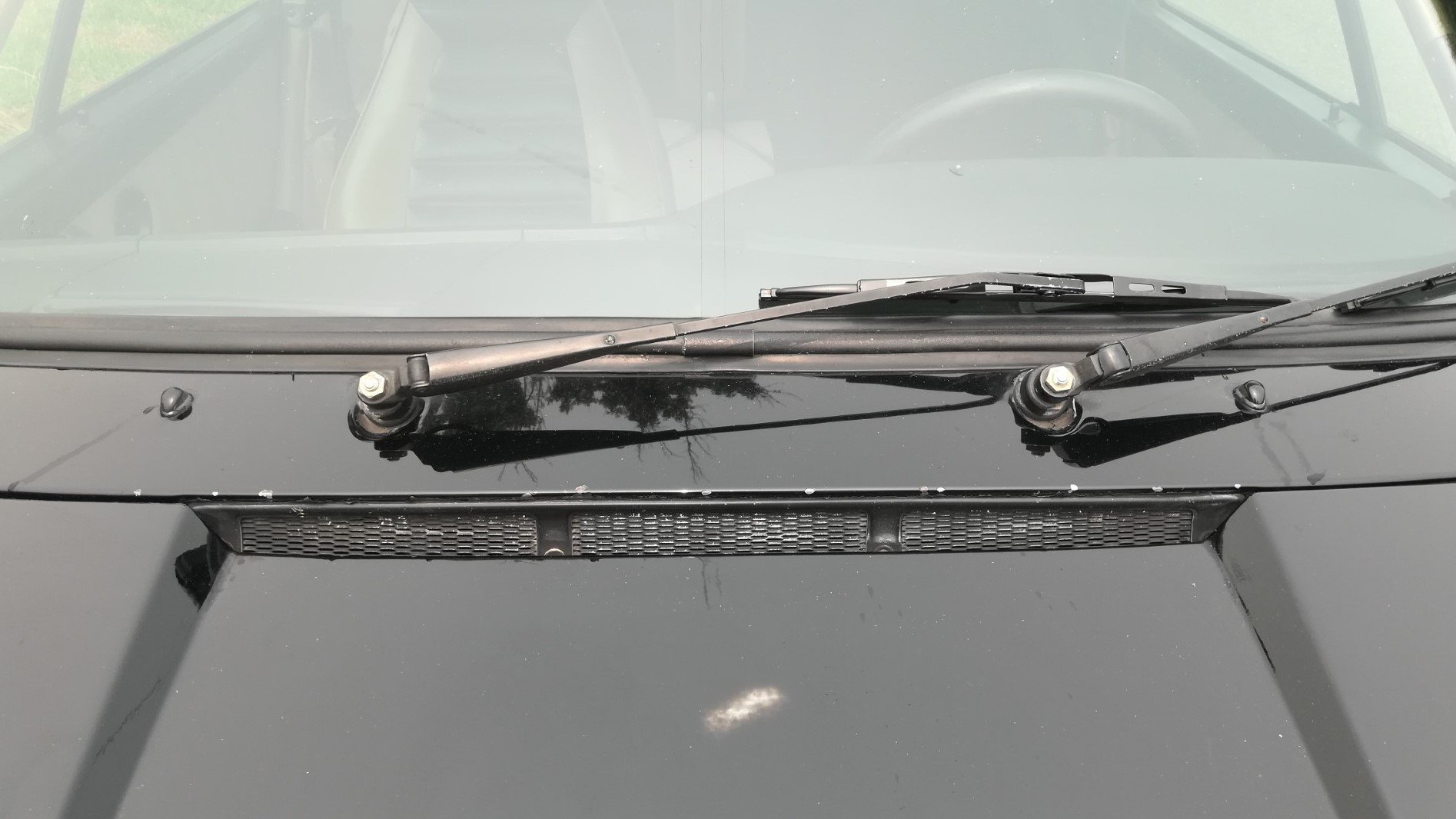