How to Replace Transmission Mounts on a BMW 5-Series (E34)

This is a fairly easy job with basic BMW parts for any DIYer with some very basic tools. This is also a very important job. The rear transmission mounts help dampen the twisting motion caused by engine torque as the transmission runs through its gears.

A clunking sound (upon up shifts or downshifts) from behind the driver's seat is a good indication that a rear transmission mount has failed.

The transmission mounts are made of rubber block sandwiched between two metal plates that each have a threaded bolt. In my car's case, the rubber had separted from the upper metal plate. 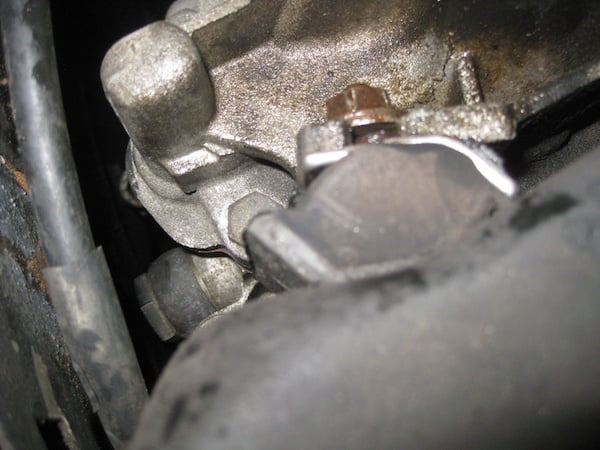 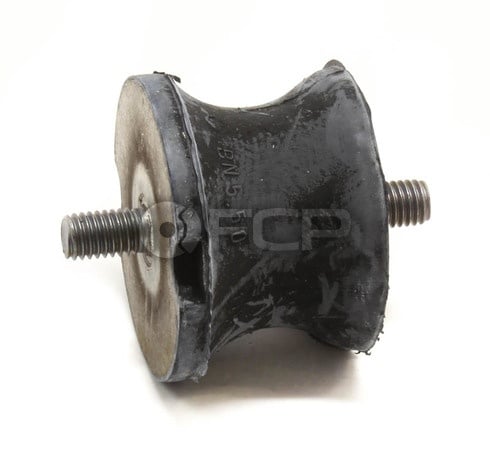 Spray all the bolts and nuts with a good dose of penetrating fluid, and give it time to soak in. These nuts and bolts can be very rusty.

How to replace just one mount

Loosen the remaining two bolts on the transmission crossmember enough that it allows the beam to sag a little bit.

Using a 13 mm ratcheting wrench, loosen the nuts that attach the mounts to the transmission.

Replace it with the new transmission mount. 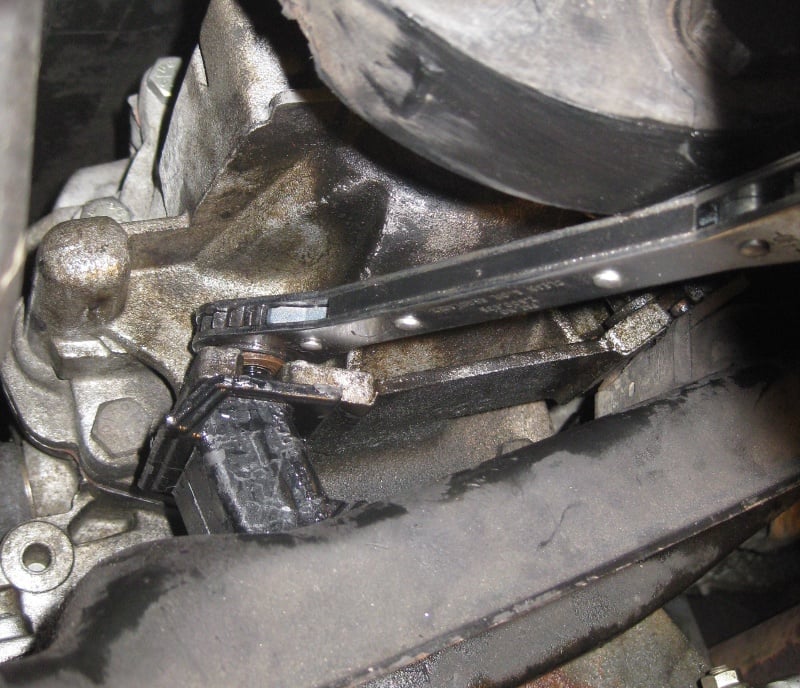 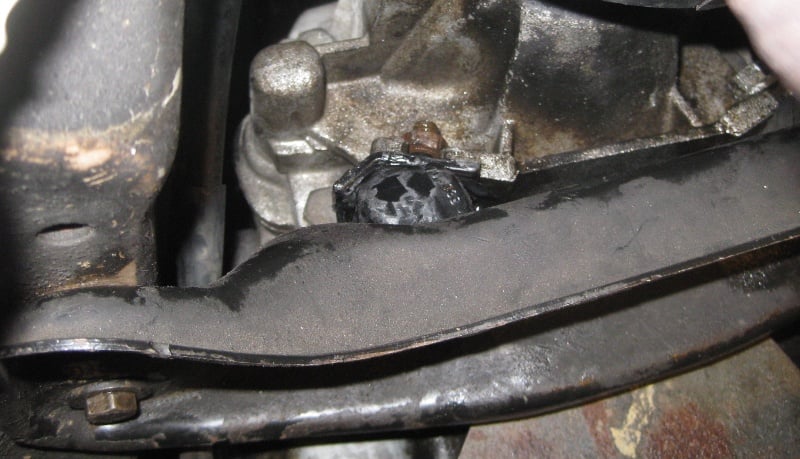 Remove the Jack. Lower the car, and take it for a test drive!

Remove the four 13 mm bolts that connect the transmission crossmember to the body of the car. Remove the crossmember.

Install the new mounts onto the transmission support beam. Note that next to each bolt is a specially sized dowel that will help orient the mount on the crossbeam.

Attach the mounts to the crossmember.

Reinstall the crossbeam. As you tighten the bolts, the transmission mounts will compress.

Tighten the nuts to secure the mounts to the transmission.

Remove the Jack. Lower the car, and take it for a test drive!