If you have ever looked at buying a BMW E36 or E46, you have probably heard of this before. The M50/M52/M54 and S50/S52/S54 engines have a history of the oil pump nut coming loose, backing itself off, and chaos ensuing shortly afterward. However, there is an easy (and cost-effective) fix to this problem.

Just about the worst thing that can occur with an engine (especially under harsh conditions) is the loss of oil pressure. A loss of oil pressure can destroy an engine within moments if action isn't immediately taken. As we all know, E36s and E46s are popular cars from everything to daily drivers to full-blown race cars, so they almost always see enthusiastic driving conditions. Regardless of how you use yours, the rules remain the same for engine longevity; you need proper lubrication to keep the engine running.

Now, the reason why the oil pump nut has the tendency to come loose on the engines mentioned above is mostly due to the lack of a chain guide/tensioner for the oil pump chain. It does have some slack in it (which isn't a problem per se), but the problem ultimately comes down to how the sprocket is mounted to the pump. The nut itself is relatively small and isn't torqued very tightly (only 25Nm). The nut is reverse threaded which means it tightens as you spin it counterclockwise, and while this does help keep the nut in place, it's not a surefire guarantee. When any of the listed engines go through constant and rapid RPM changes (such as being used on the track), the slack on the oil pump chain in a way acts as an impact gun on the nut, so over time, it can come loose.

There are quite a few fancy fixes to this problem such as new pump heads and modified oil pump sprockets, but at the end of the day, the problem can be prevented affordably and relatively simply—and that is by safety wiring. The way I see it is that if stainless steel safety wire is good enough to keep jet engines together and planes airborne, then I think it's good enough for my mild M52/E36 track build. Since my E36 will be a weekend track toy, I want the most reliability possible. However, this fix is also a good option to ensure the safety of street driven cars too.

This will vary on the vehicle, but to do this repair, you will need to remove the oil pan. This can be done relatively easily on the E36 and E46 models by lowering the front subframe. On larger chassis vehicles the process will be more involved. You'll be removing bolts that thread into the timing cover, rear main seal cover, and some bell housing bolts. Keep track of where the bolts came from and their length as it will be important for reassembly later.

The oil pump nut is a reverse threaded fastener which means you will need to turn it clockwise to loosen it. You will also likely need to counter-hold the sprocket so that the engine doesn't move along with it. You don't need to worry about keeping the engine at TDC or marking any of the chains as the oil pump drive is not part of the engine timing.

Step 3: Drill The Oil Pump Nut At The Corner

There are tools to help drill bolts and nuts for safety wire. I didn't use one on this job. Instead, I used a center punch and made deep indentations where I wanted to drill. These oil pump nuts are pretty soft and easy to drill, so I was able to get the hole drilled pretty straight by hand with the nut locked in a shop vise. I used a 1/16" drill bit to drill the hole (using .041" stainless safety wire) and a hand drill. A drill press would be ideal, but I did it in the hardest way possible which means it can be done without the need for any special tools. I have seen pre-drilled nuts go for as much as $20. Doing it yourself is worth the effort in my opinion. 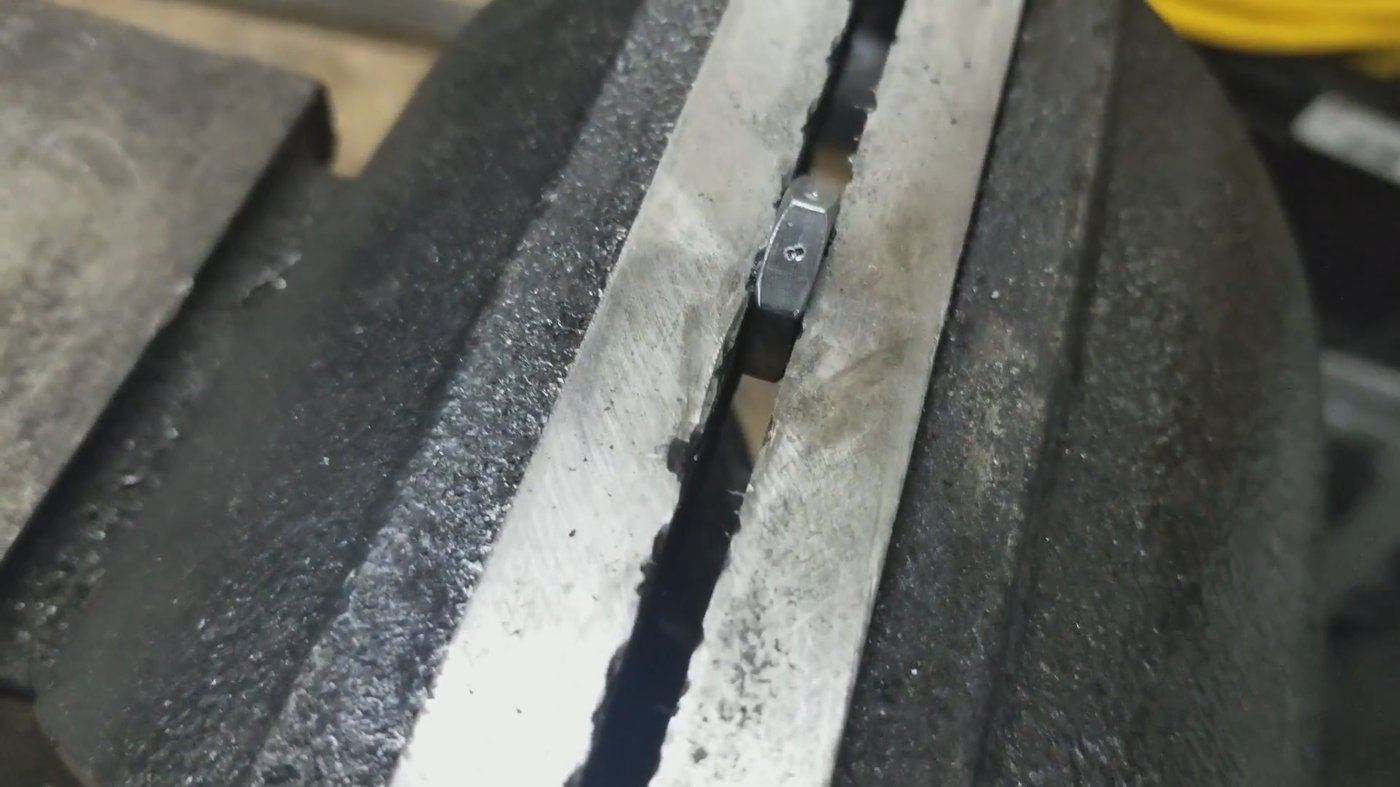 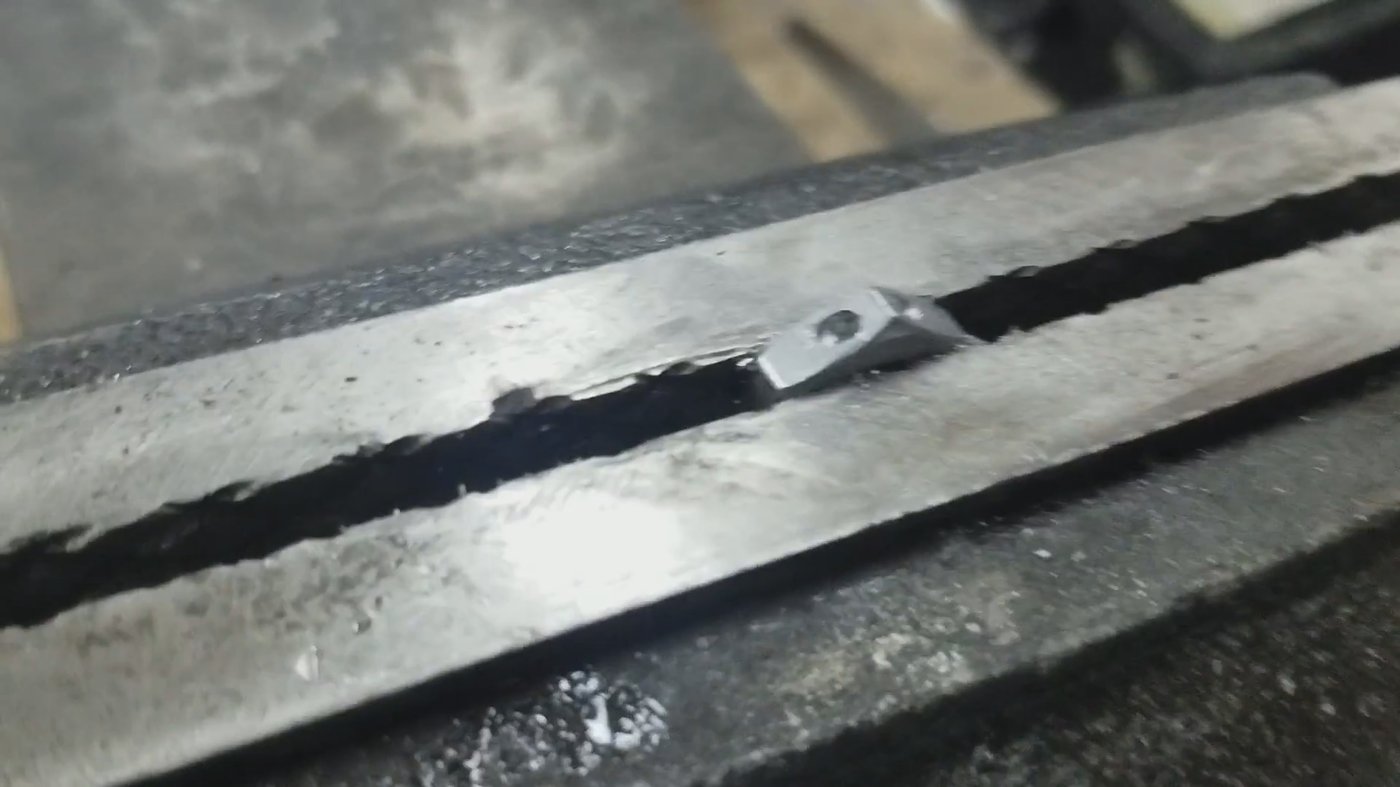 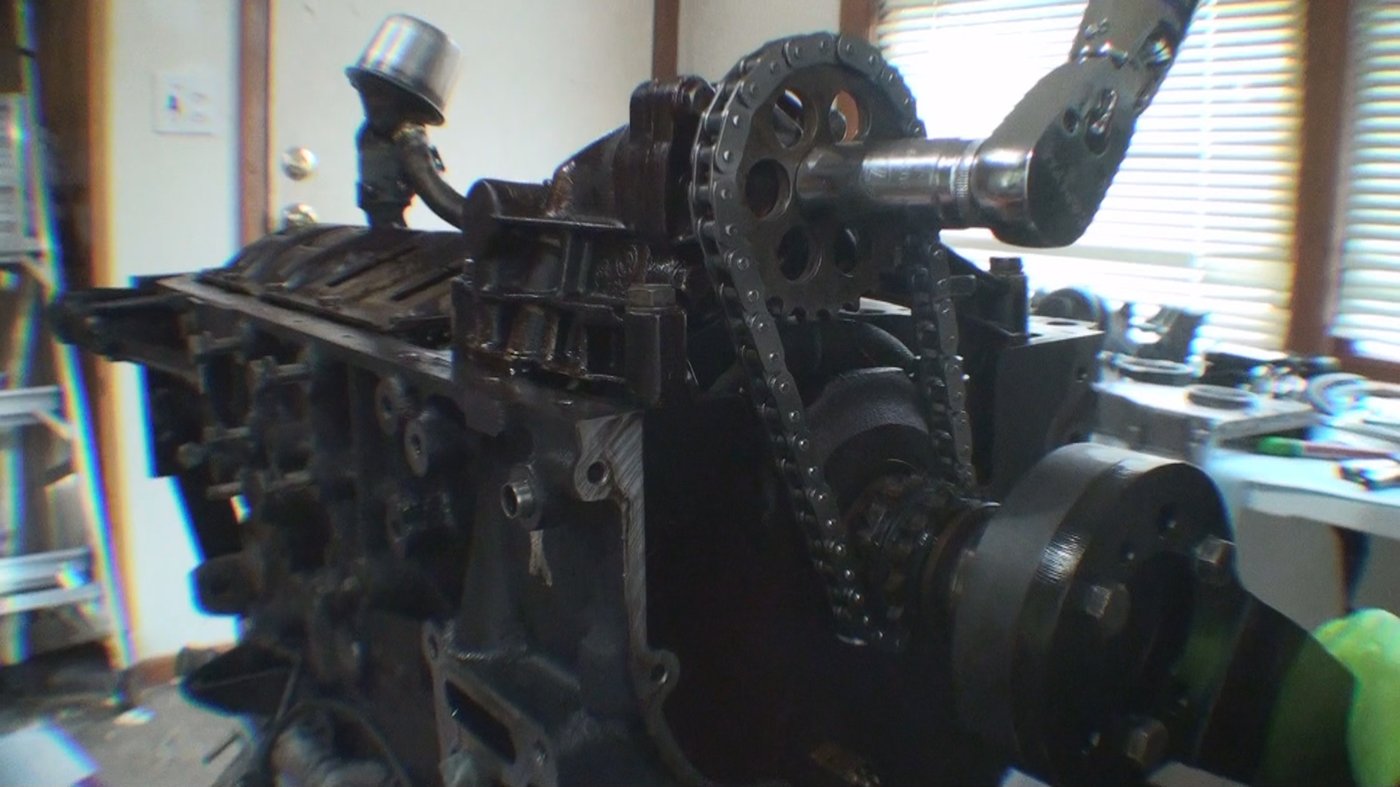 Find the hole on the oil pump nut and slip your safety wire through. Take a look at which sprocket hole you can run the safety wire to in the direction in which the nut tightens. The key to safety wire is to twist and tighten the wire in the direction in which the fastener is secured. This makes it so that even if the fastener breaks torque, it can't really move anywhere. In my case, I went 110 degrees to the left of where the hole was drilled. I did my first twist up to the sprocket, ran the safety wire around the back and front of the sprocket, and then made my final twist to lock it into place. Cut the excess wire and tuck the cut end underneath and out of the way (so you can't cut yourself if you ever work in the area again). You want a nice, uniform twist, with about seven to eight twists per inch of safety wire. 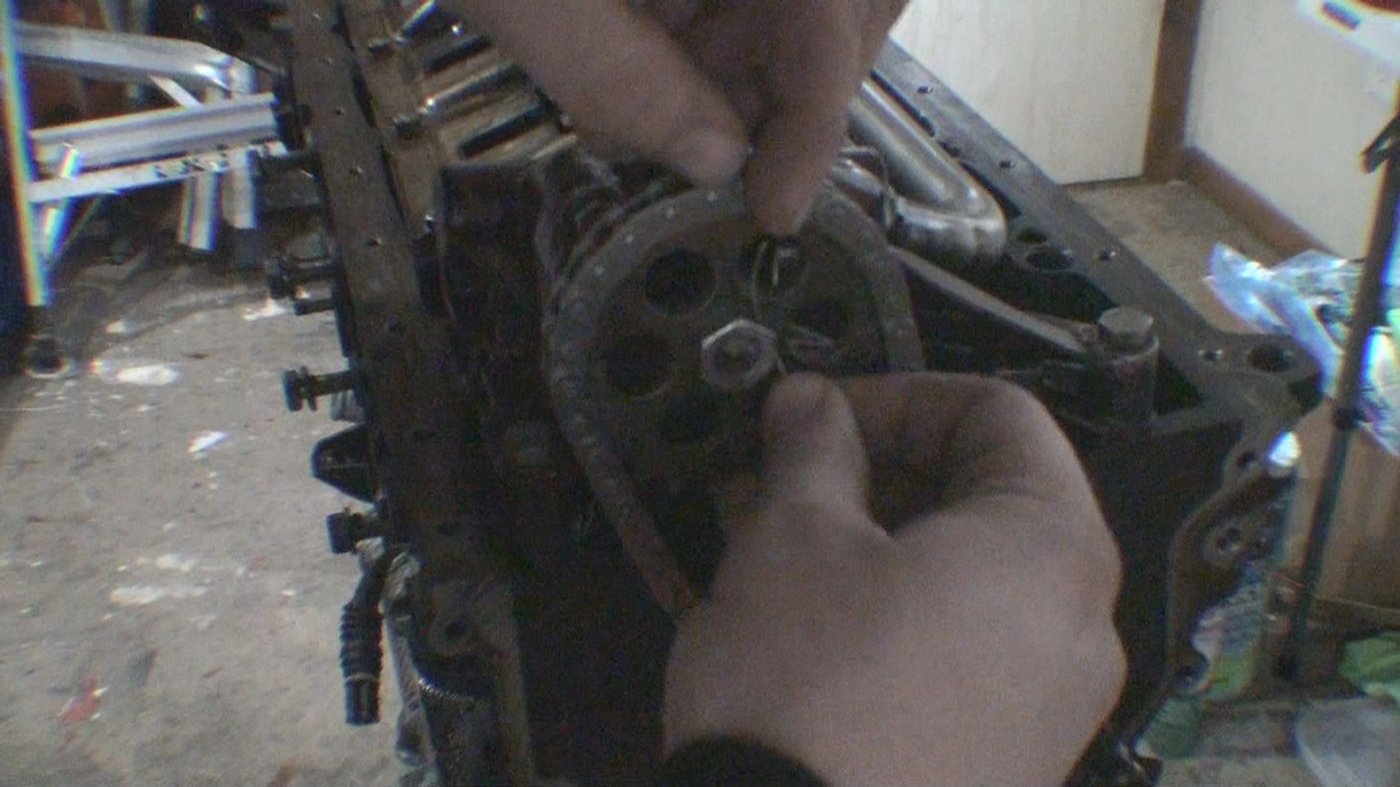 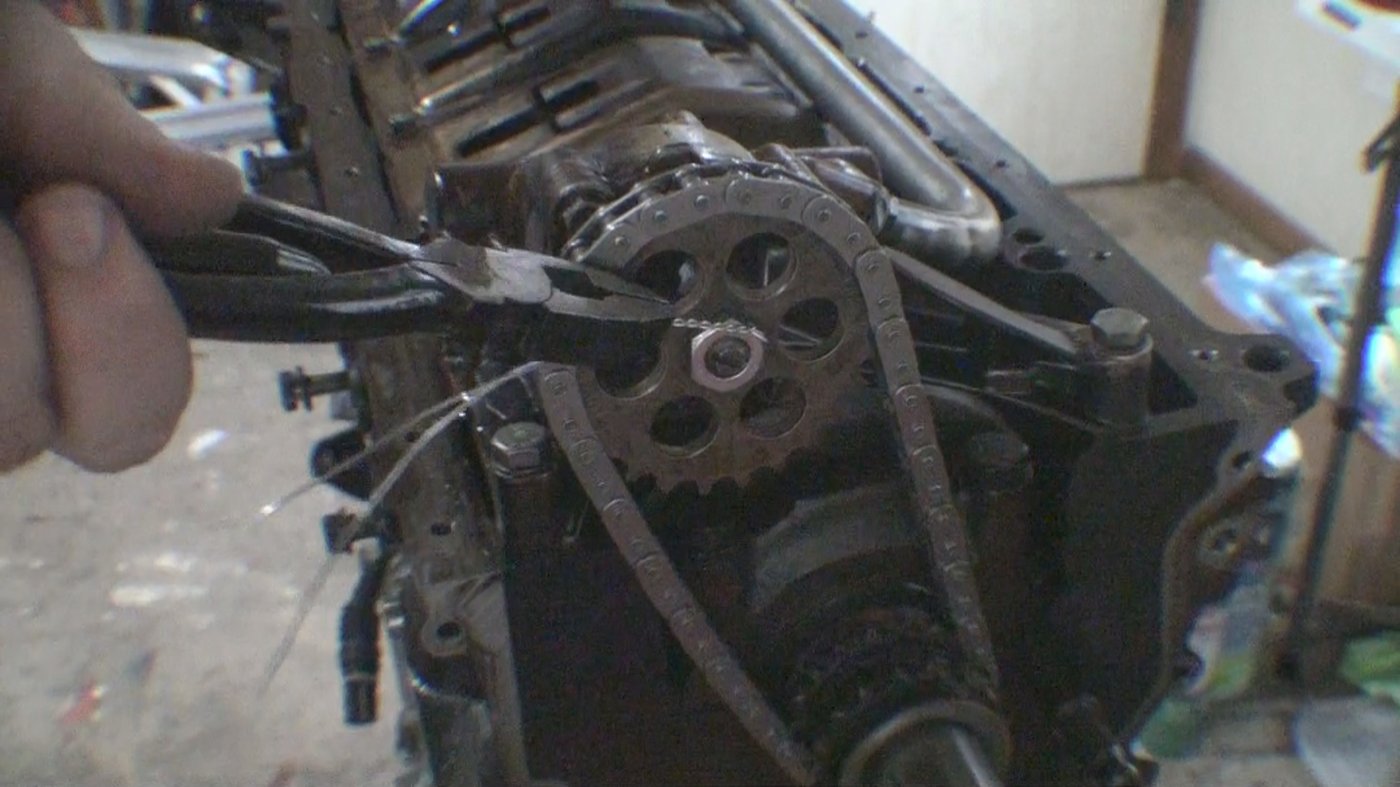 Don't be pressured to get the safety wiring perfect the first time around. If you're not experienced with it or have never done it at all, take some time to practice it. Also, don't accept the final product until you're happy with it. When safety wire is done properly, it looks nice and tidy. If you're dissatisfied with it, simply cut the wire away and start again. Included below is a video I put together during my engine build project highlighting the task of safety wiring. 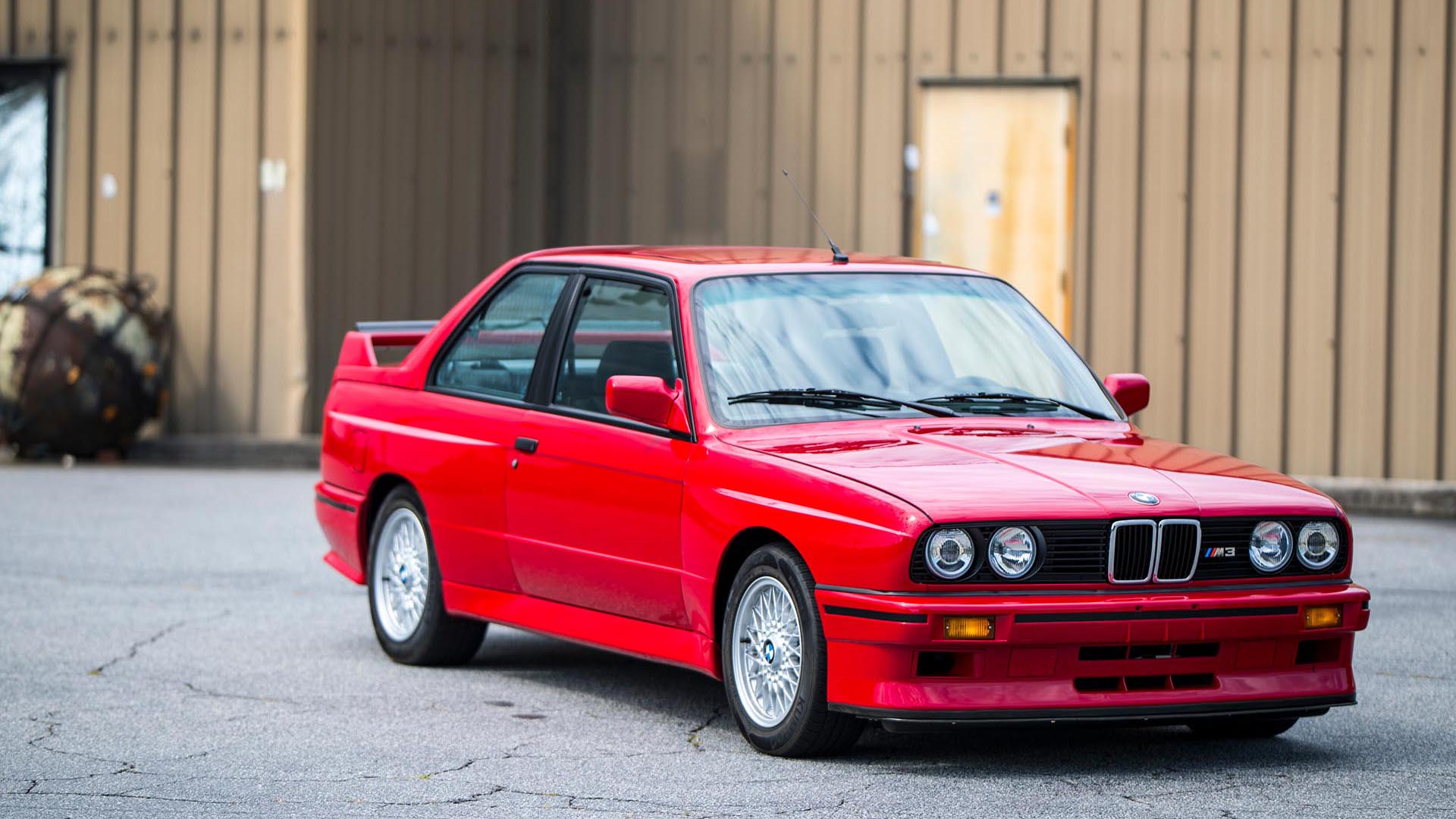 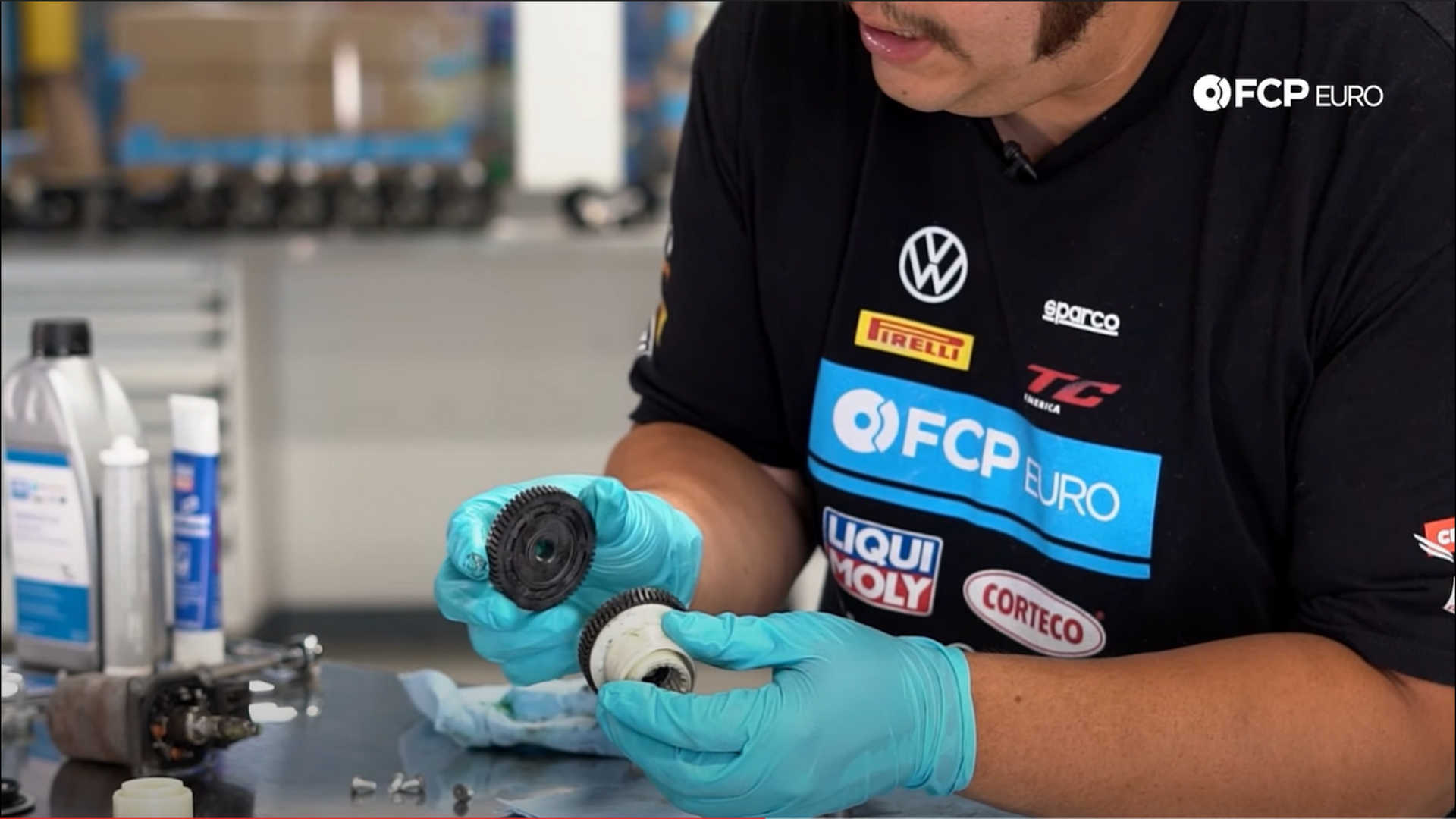 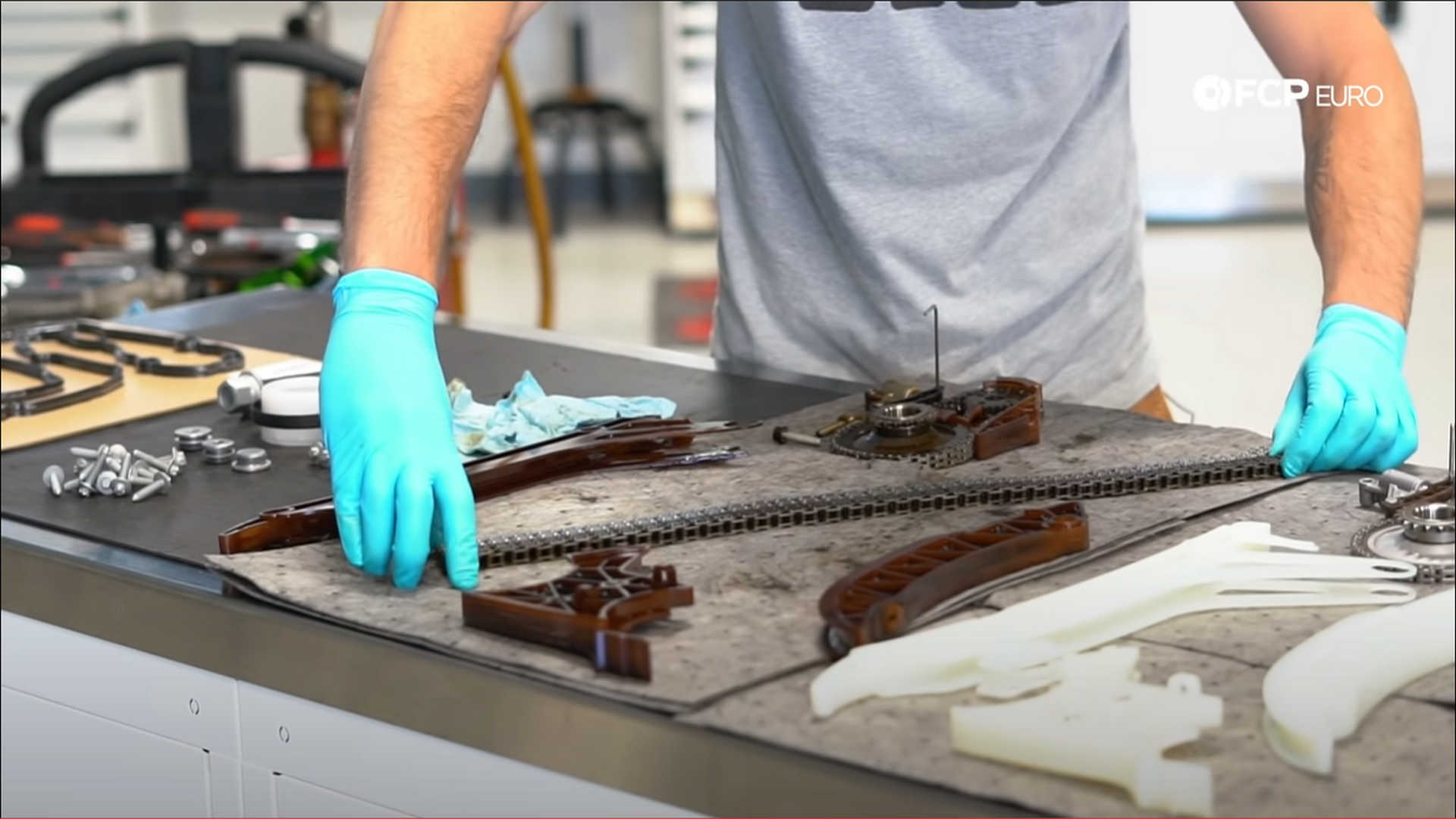 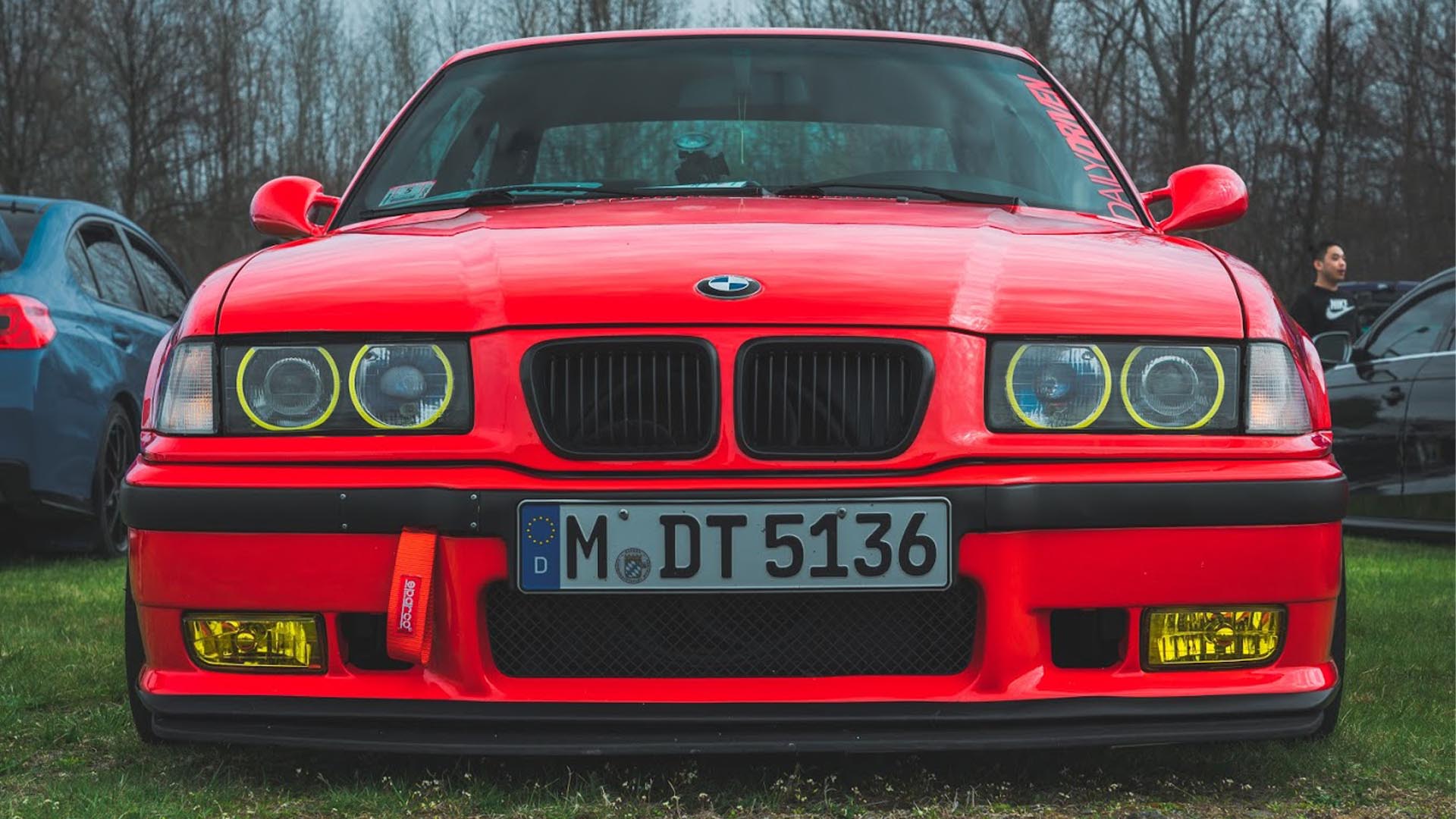 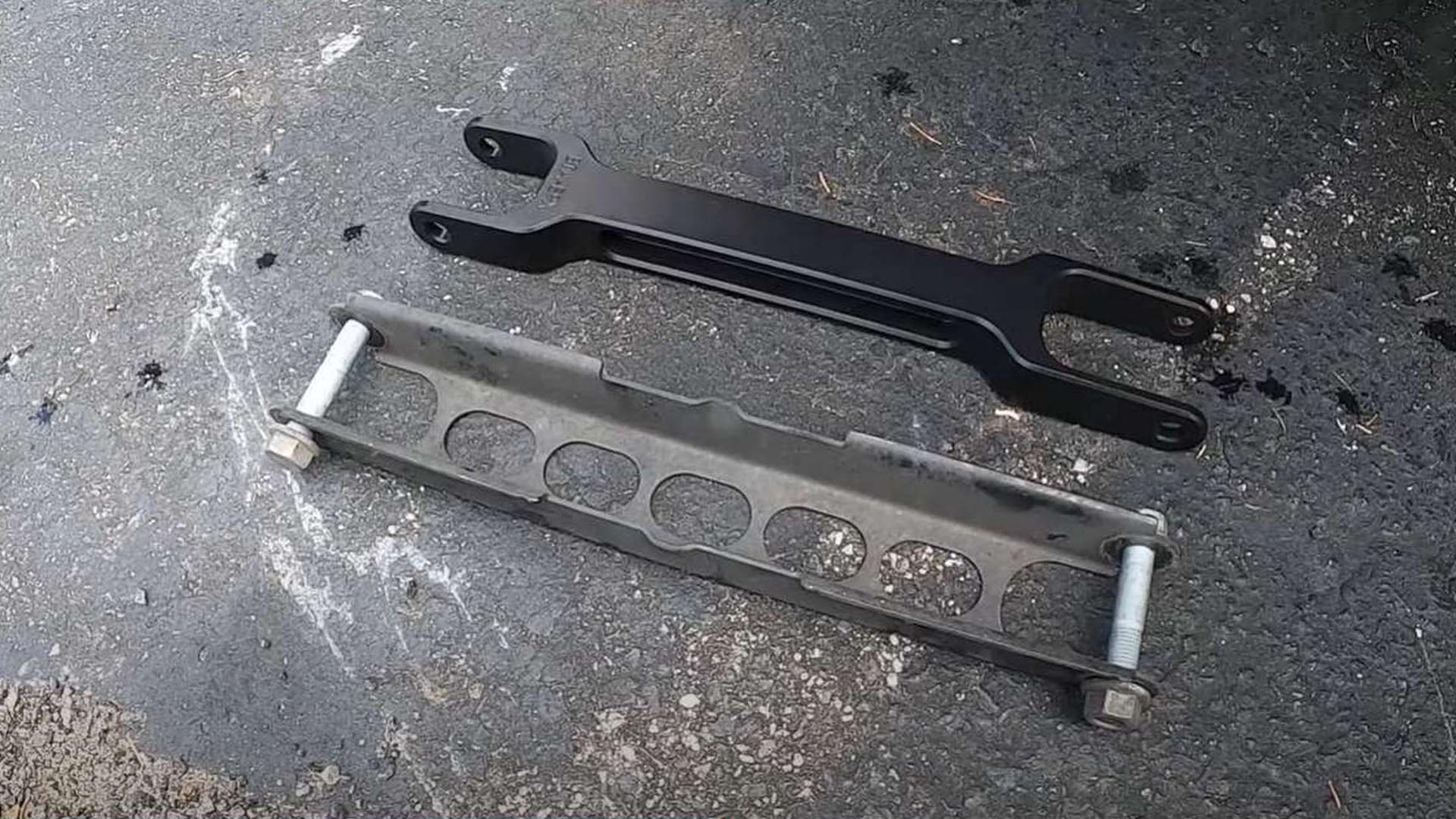 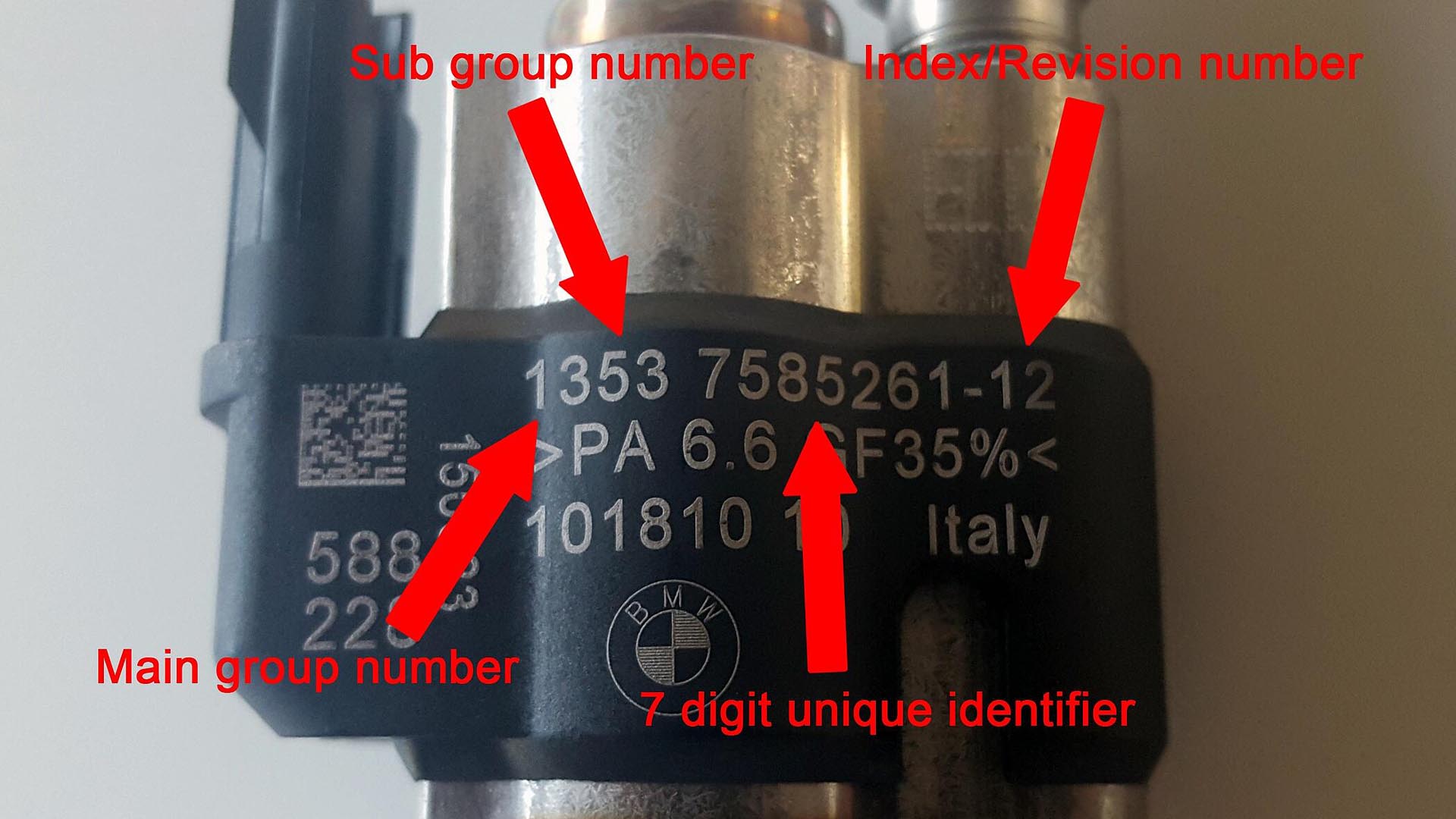