How to Unclog Sunroof Drains on a Saab 9-3

During a rainy week I noticed water coming in around the front dashboard area. It seemed to be coming from the headliner near the top of the windshield in a few spots, mostly from right above the rearview mirror. 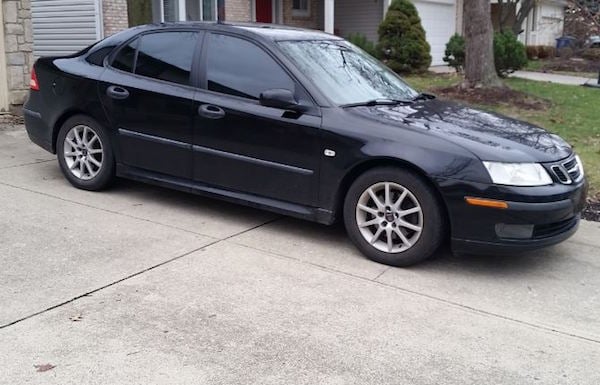 I suspected that the front sunroof drains were clogged so this DIY will focus on what I did to ensure they are unclogged!

Ready to unclog your sunroof drains?

On a 2004 Saab 9-3 Arc the sunroof drains are located in each corner of the sunroof. Since I didn’t seem to have a leak coming through when the car was parked on an incline I only focused on the front drains, which is the focus of this DIY.

Step 1
Open your sunroof and locate the front drains in the corners: 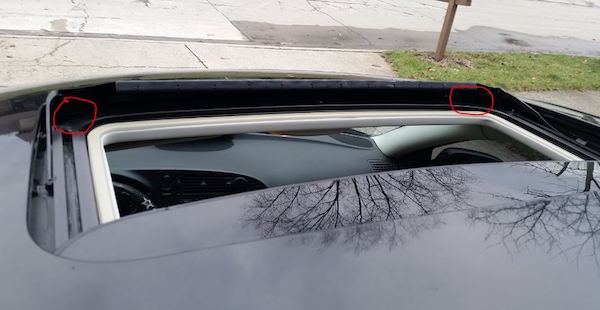 Step 2
Here’s a close-up using a flashlight so you can clearly see the drain hole on the driver side: 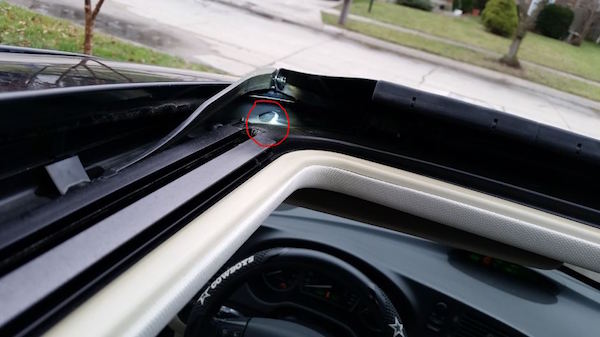 Step 3
OPTIONAL: You can choose to test whether it’s clogged at this point by carefully pouring water into each corner and seeing if it drains or not. I chose not to do this as I didn’t want to make a mess of water getting everywhere if water puddles accumulated and I tried blowing compressed air on it. Yes, I could have then moved the car so it was parked on an incline to drain the water and then back on a decline but I ultimately decided to skip this step entirely and just assume it’s clogged. Your call here.

Step 4
I had 2 compressed air nozzle tools to choose from. I preferred the long reach tool as the drain hole was recessed in its location but the tip wasn’t thick enough to seal the hole. I tried it anyway and blew air in the drain holes a few times, then reached for the shorter nozzle tool to be sure as it had a nice wide tip that I could angle in there and seal up the hole well enough for more of the compressed air to force down the drain hole. If you don’t have any of these then I’d imagine fishing anything long that’s semi-flexible and dull down the drain holes a few times should do the trick. If you have a can of compressed air then perhaps using some overlapping length of masking tape to create a better seal at the tip could work as well.

Step 5
Assuming your car is still parked on a decline, get some water into a container that you can then carefully pour into the drain holes and test that it’s no longer clogged. I used my trusty sport bottle and was able to aim and squeeze water into each of the drain hole areas. 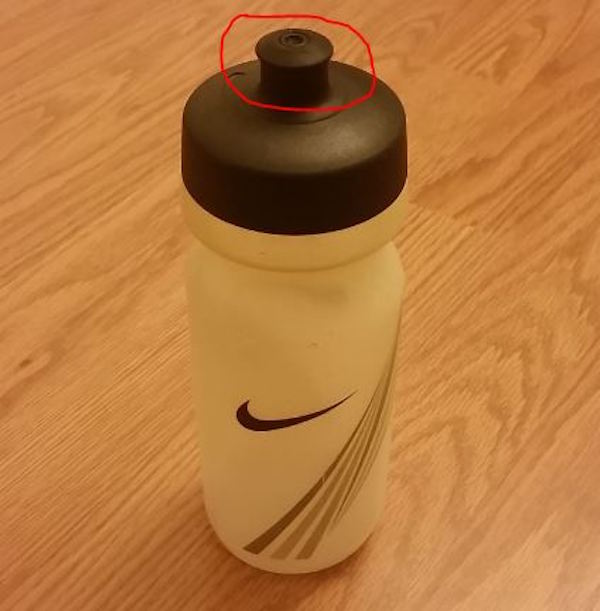 Step 6
If your front sunroof drain holes are unclogged you should see water going down the drains and coming out behind the front wheels. I wasn’t able to do the test until late in the evening and couldn’t get a decent picture so instead I show below where you can expect the water to come out in each side of the car: 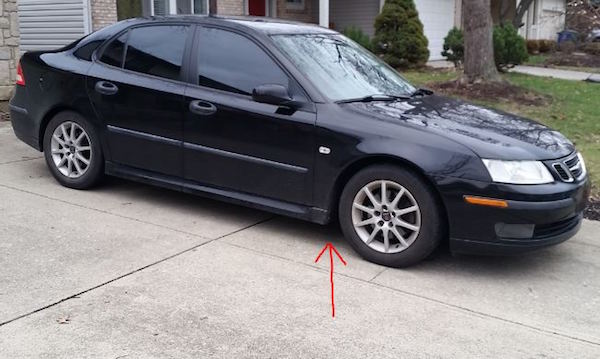 I’m now eagerly awaiting the next rainy week to see if water leaks will return!