At FCP Euro we're constantly finding cars that tempt our wallets. "I know what I got" or not, here is one of our recent favorites. Kicking Tires is our new series where we find the hidden gems of automotive classifieds and share them with you. Come kick tires with us.

The BMW E30 Touring is undoubtedly a cool wagon. It’s the simple sporty compact that is so well-loved with the added versatility of a small station wagon.

BMW produced a total of 103,704 E30 Touring models from 1988 to 1994, none of which originally sold in the United States. That’s right, BMW decided we were not cool enough for the E30 Touring and didn’t give us North Americans a 3-series wagon until 1999 with the E46 Sport Wagon. But actually, the E30 Touring would have never existed in the first place if it wasn’t for one man.

Max Reisböck, a BMW engineer from Munich, was frustrated at how difficult it was to take his family and all their luggage on vacation in their regular 3-series sedan. He felt a station wagon would be the perfect solution. However, BMW didn’t have a station wagon in its product plan for the second-generation 3-series (E30). 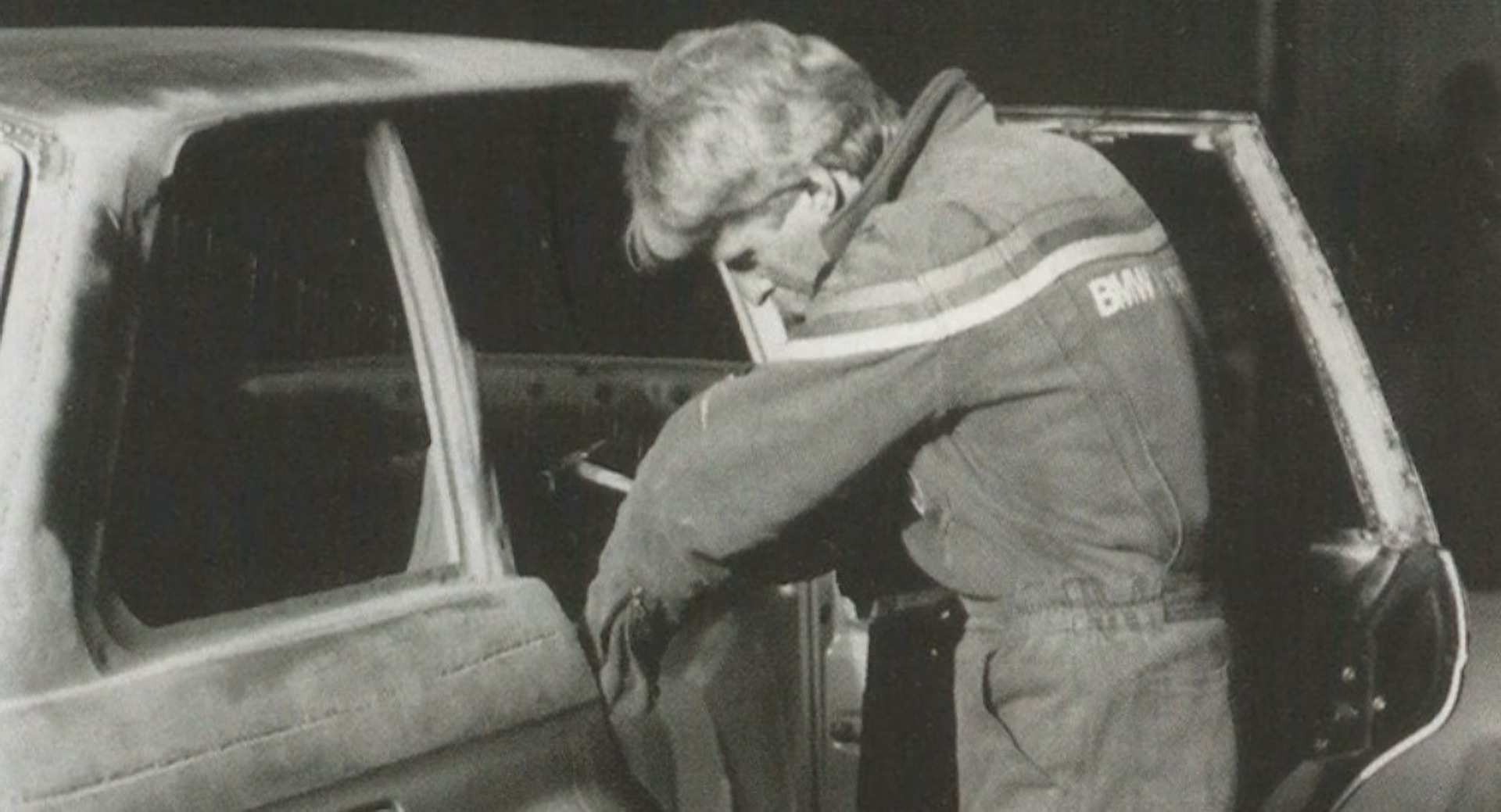 So, in 1984, Reisböck decided to take matters into his own hands and purchased a wrecked 323i sedan to build his own station wagon. Without any construction blueprints, Reisböck fabricated C-pillars, door frames, a roof panel, and modified side windows to graft onto his 323i sedan. It took just six months of working in his spare time out of his friend’s garage to build the world’s first E30 Touring. 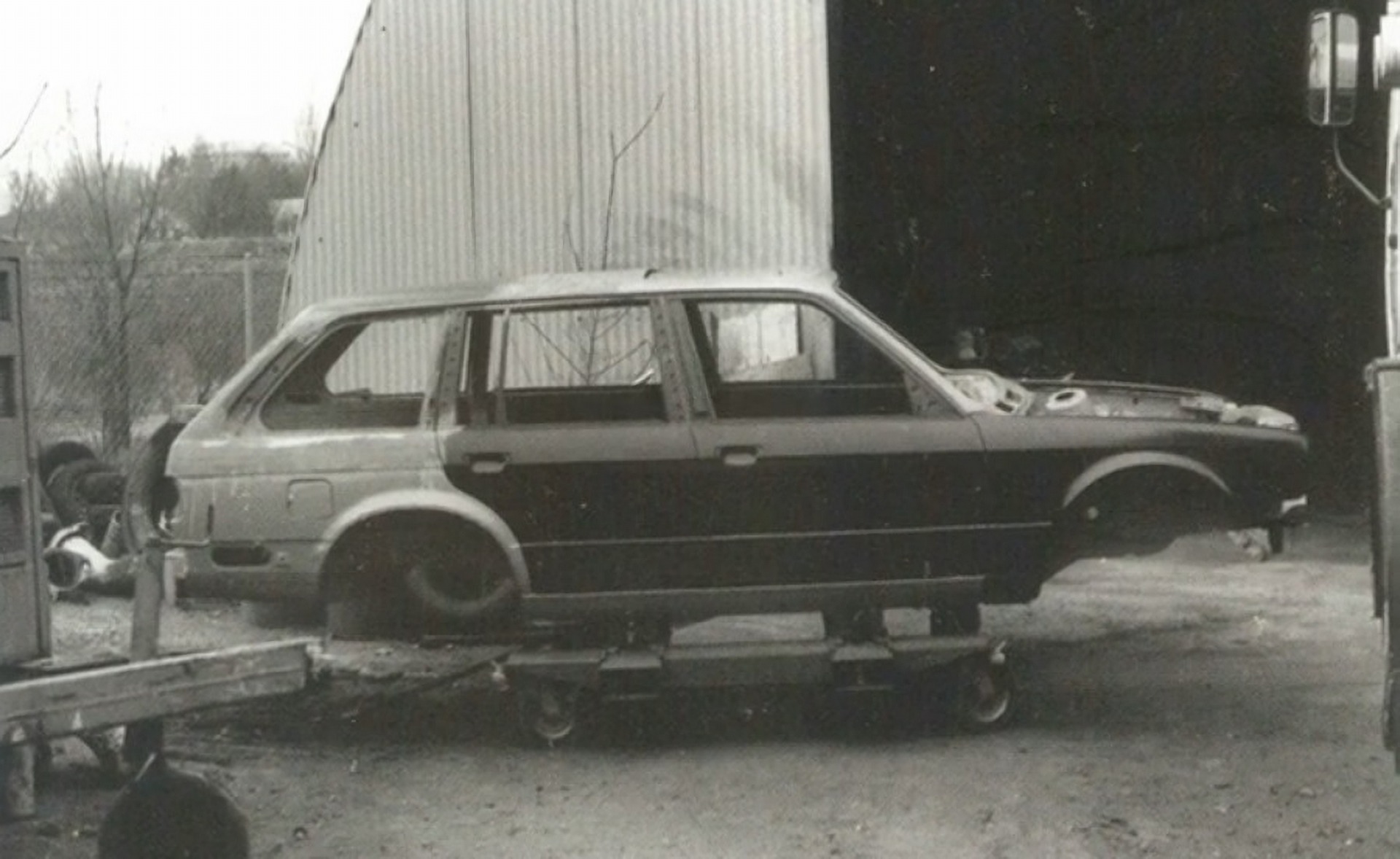 Reisböck decided to show his creation to BMW’s Board of Management, who loved it so much that they ask to keep the car! Three years later, BMW launched the 3-series Touring. Incredibly, it was almost entirely unchanged from Reisböck’s original design.

It’s not every day you find a BMW E30 Touring in the United States. Given the fact that BMW never offered them here, finding one for sale is undoubtedly cool to see—especially a five-speed manual Daytona Violet E30 Touring! 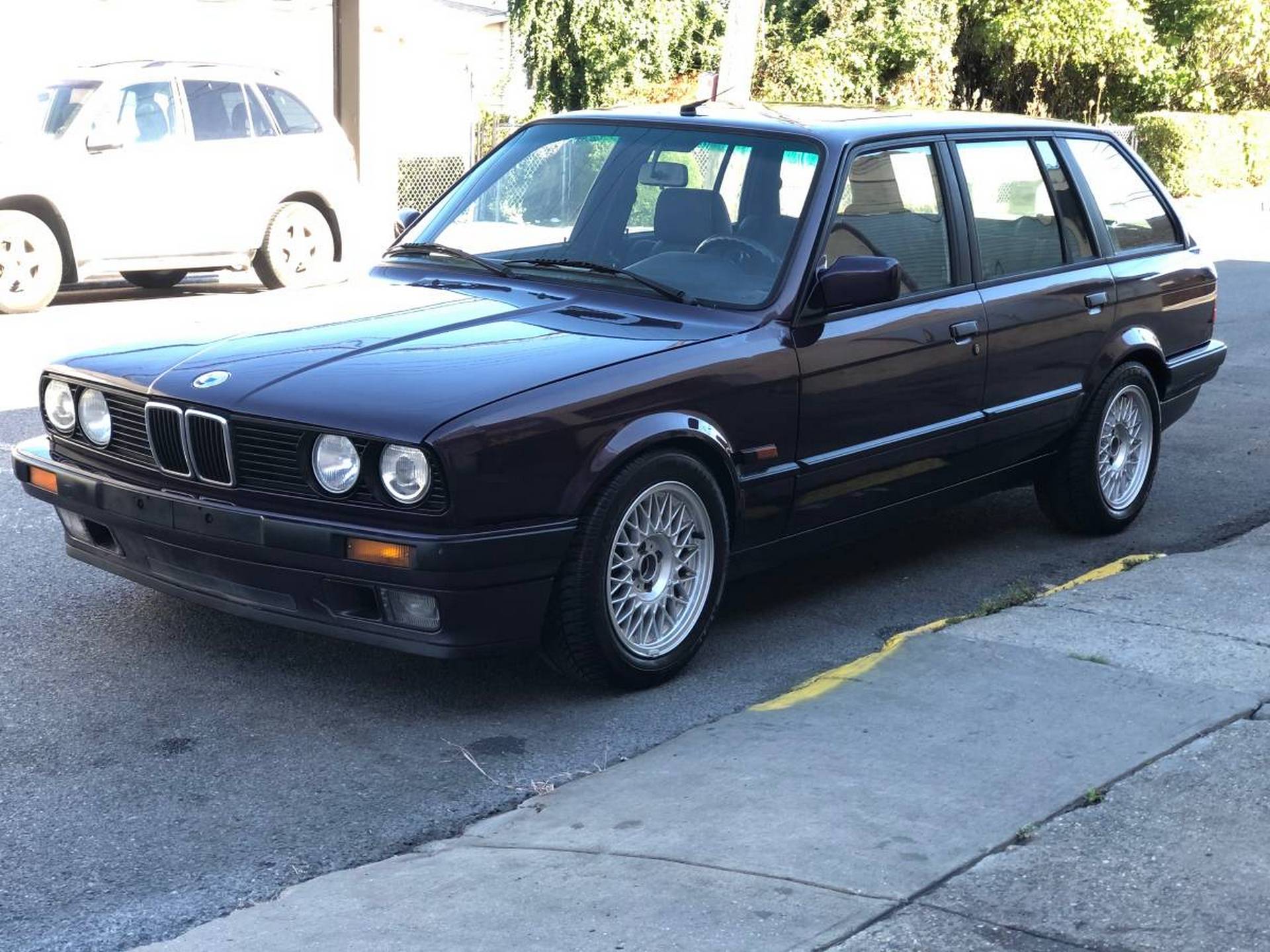 So, what can be better than an E30 Touring? Well, how about two E30 Tourings? 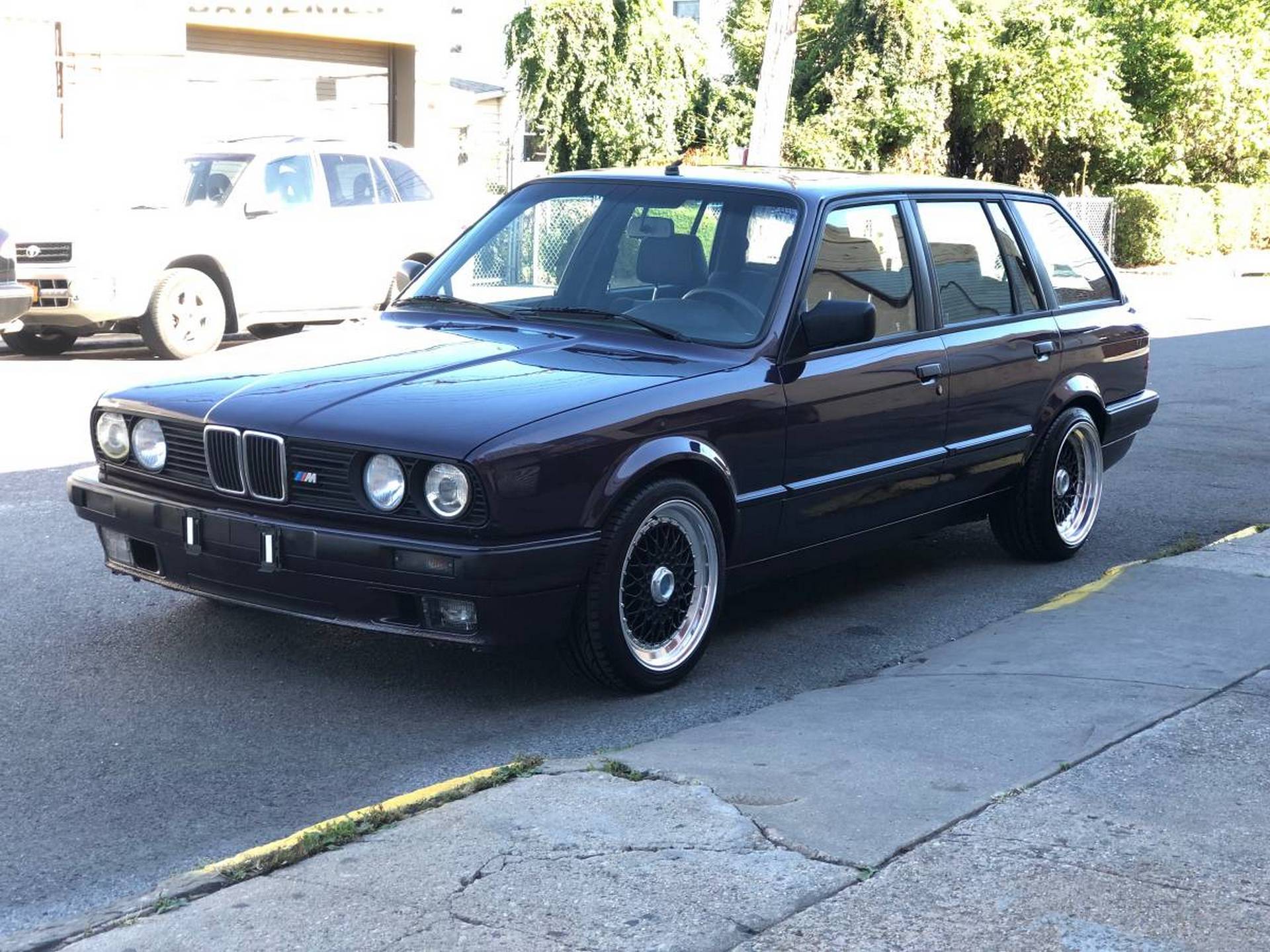 We just had to share this awesome craigslist find with you! These beautiful ‘93 Daytona Violet twins found their way from Germany to Yonkers, New York, via the 25-year import exemption rule. 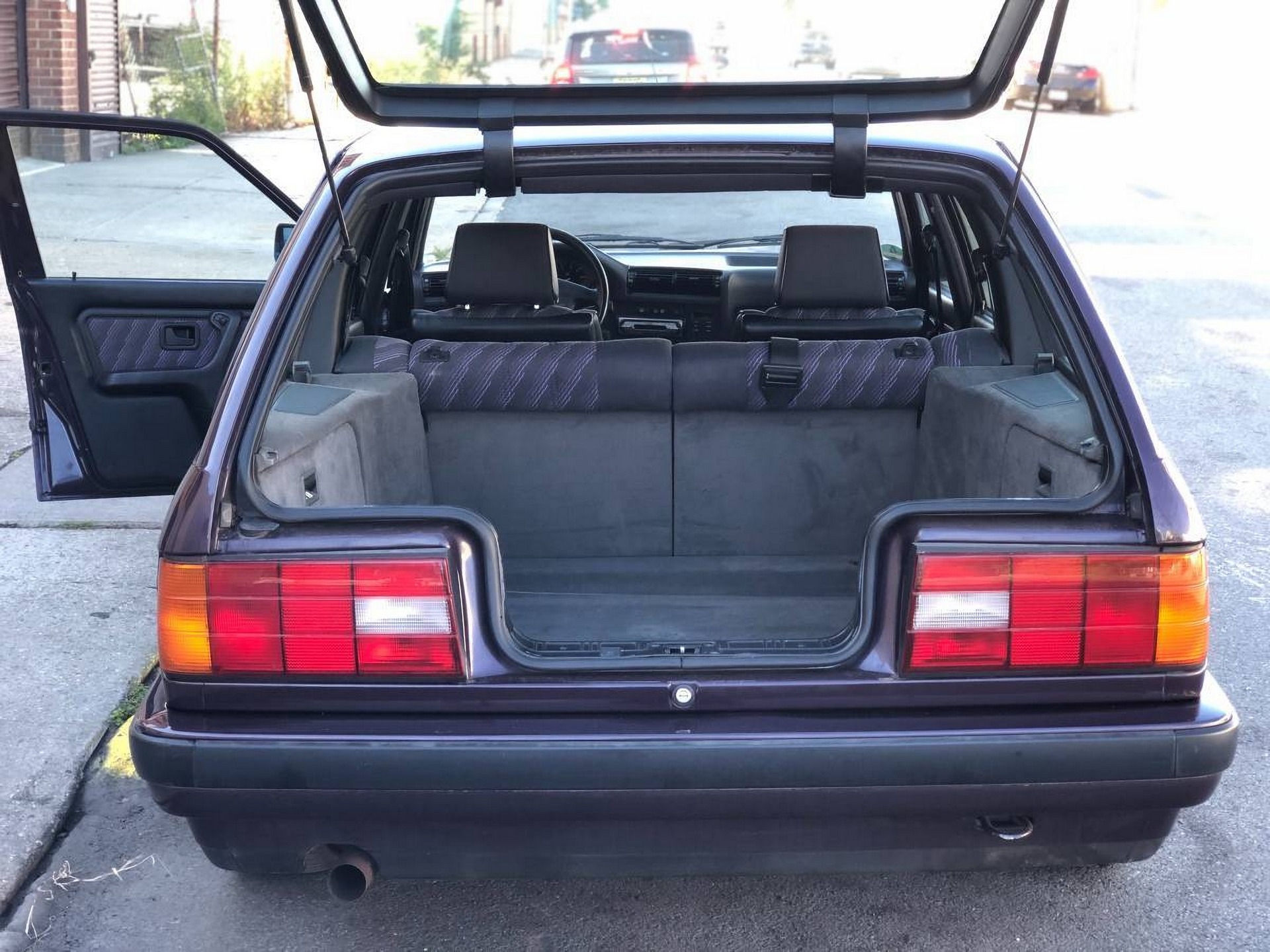 At first glance, aside from different wheels, the two cars appear to be nearly identical.
Both cars are Daytona Violet Metallic, 5-speed manual, and feature sport cloth seats and door panels. While one car has an M-tech steering wheel, aluminum pedal covers, and an analog clock—what lies under the hood is the crucial difference. 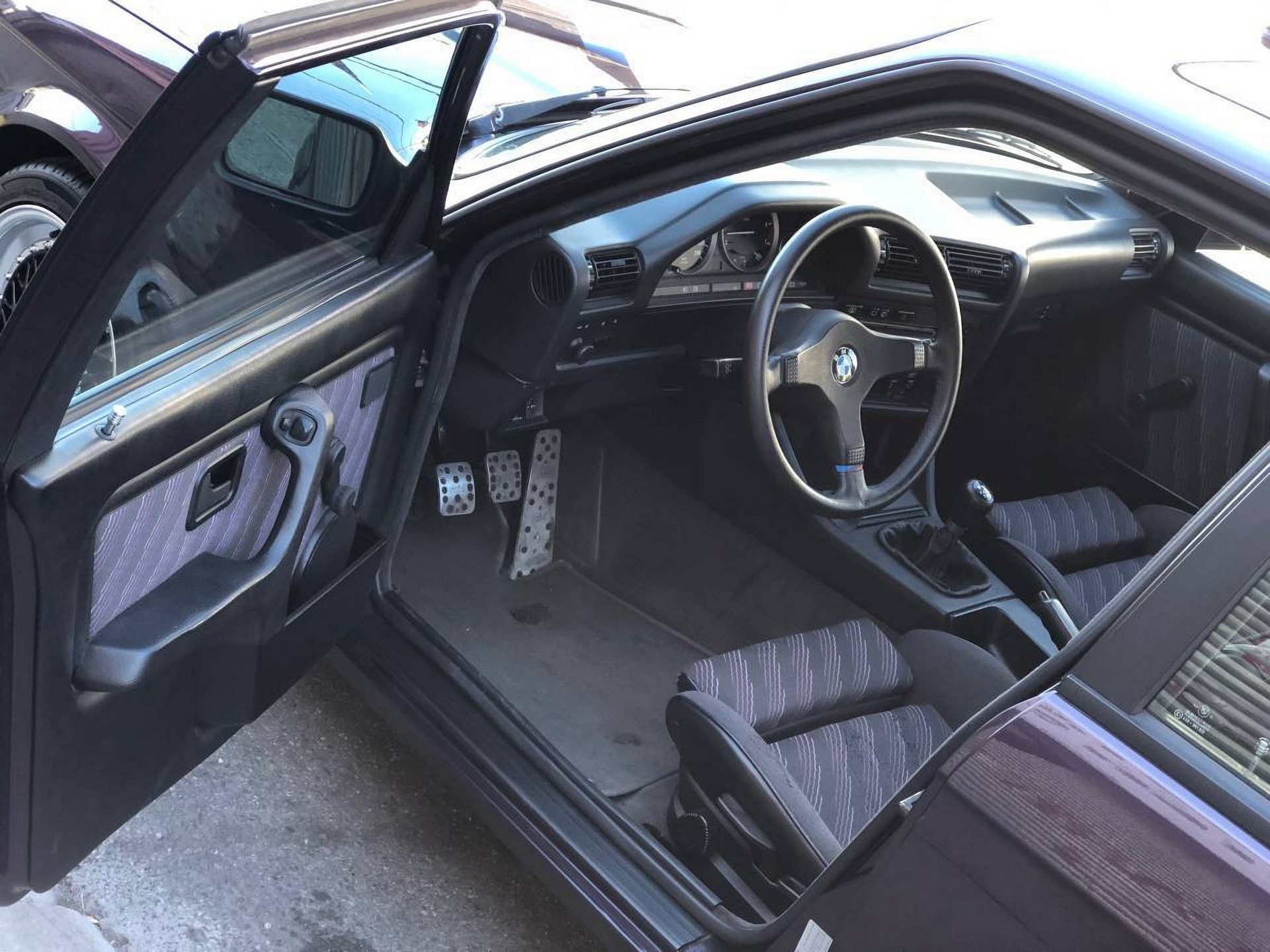 Rather than the original M40B18 1.8 liter 4 cylinder, this 318i appears to have a very clean looking M52 swap from an E36. That certainly gives this wagon some get up and go compared to the original 113hp four-cylinder. The seller states that the chassis has only 65k miles with 75k miles on the M52 swap and is asking $15.5k for this beauty. 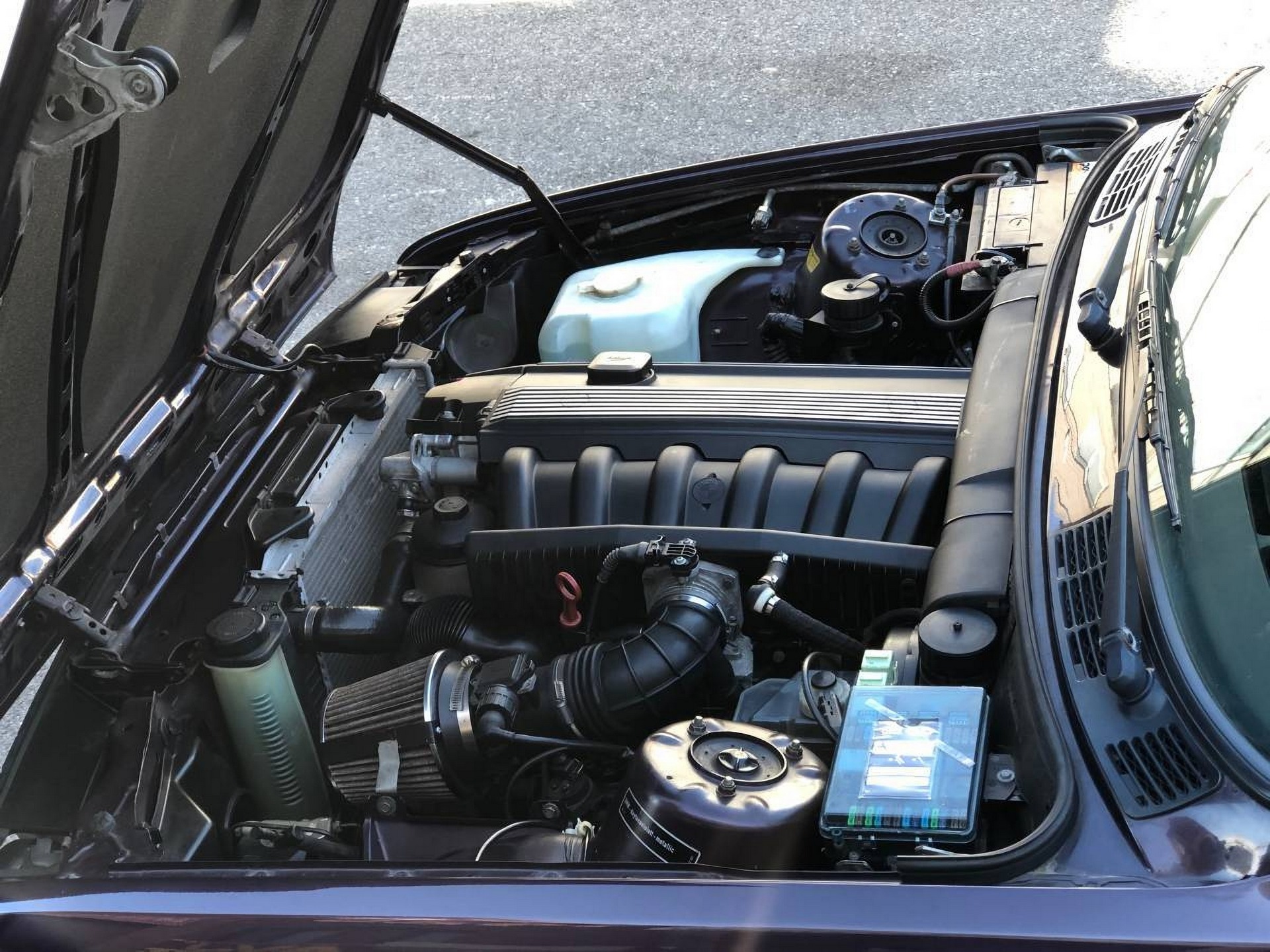 If horsepower is not a concern and you want a completely original car, the other Touring is a 316i with its original M40B16, producing a whoppin`g 102hp. While you won’t be getting anywhere quickly, you definitely will be in style. The seller is asking $11k for this one with 120k miles on the odometer. 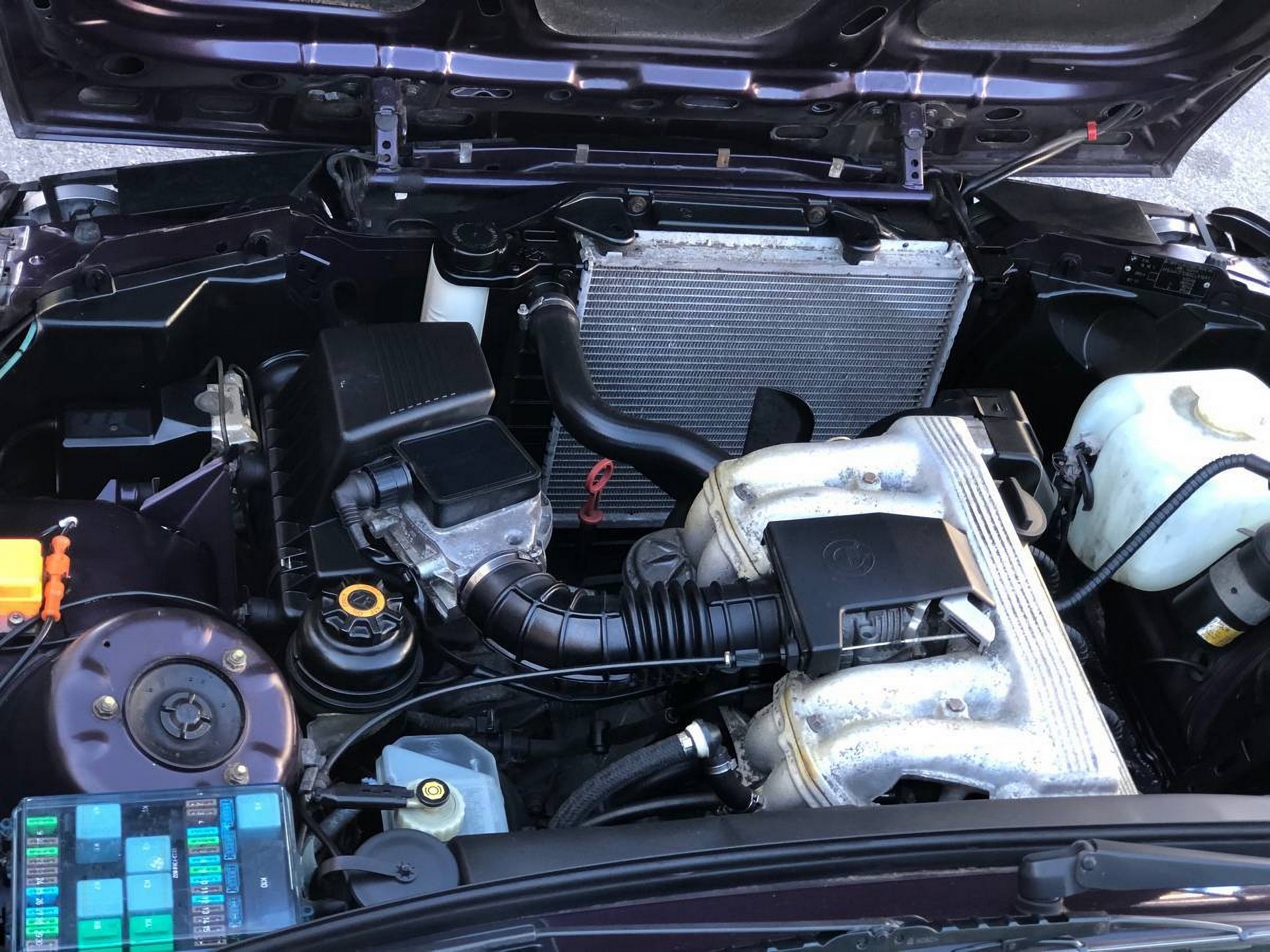 Which E30 Touring would you take home?

Click the link below to go to the original craigslist listing.