If BMWs weren’t the first thing you thought of when you heard “drift car,” we wouldn’t blame you. However, we have a whole lot to show you to change your mind. Drifters are constantly on the edge of control and chaos while sliding around at considerable speeds in competition. Professional drivers need pro-spec cars with balanced chassis and immense horsepower to compete in Formula Drift, the main professional drift-racing series in the US. Competition is fierce as they go head to head along a predetermined route while being judged in several categories. Think of a fast, loud, and smoky choreographed dance battle between two cars, head to head. And what’s more important to a dancer than their shoes… or car in this case. 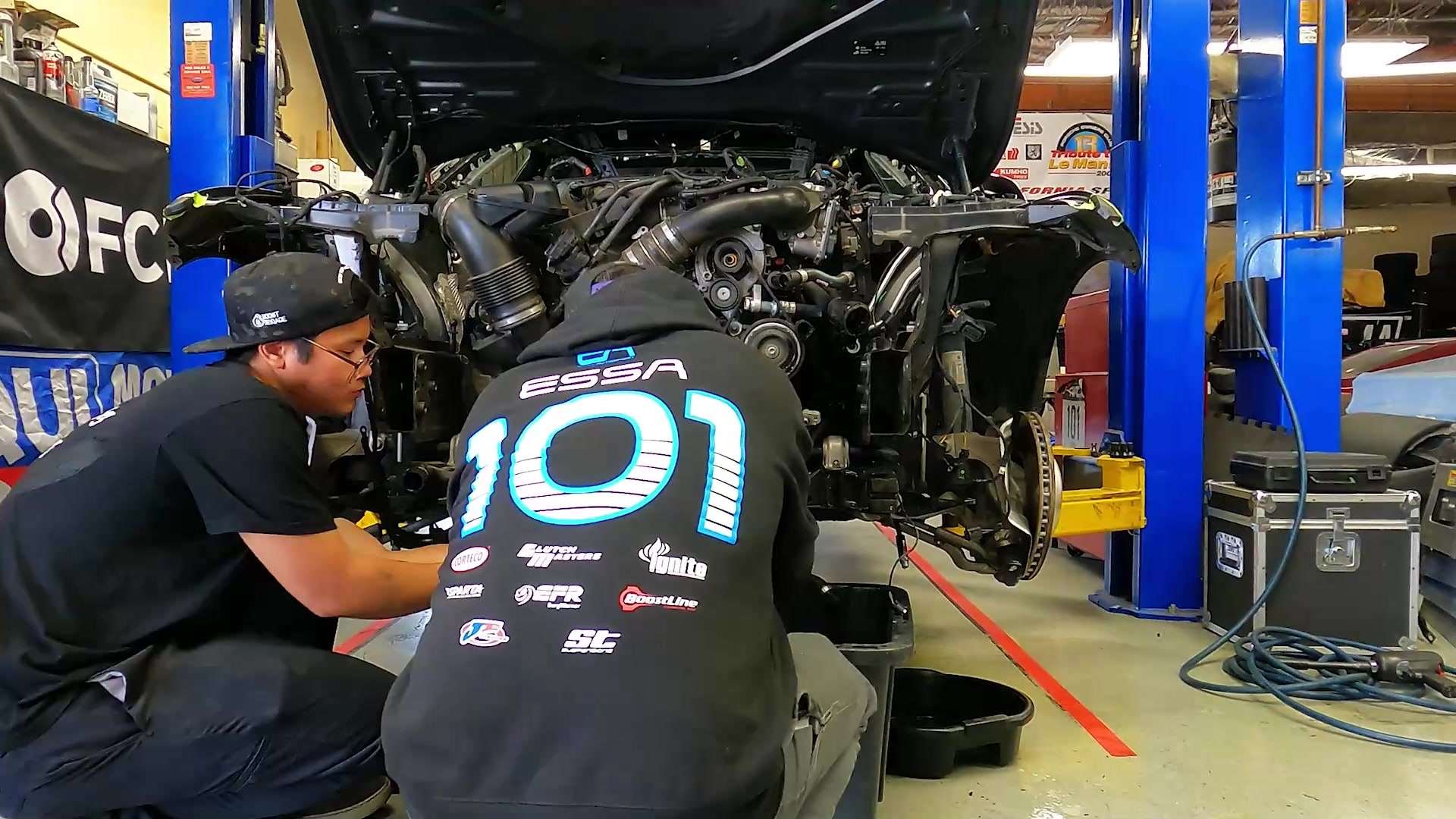 Our man Michael Essa leads the charge for FCP Euro in FD with his shrieking European shoes, a 1000 horsepower, S54-powered, BMW E46 M3. It’s an absolutely savage car that retains the signature S54 sound while using a humongous Borg Warner 9280 EFR turbocharger to bring its power output to the levels that a competitive FD car demands. Essa built this engine to last, just like the rest of the car, and its resilience and reliability have proven themselves; they’re the same engine and chassis he’s been using since 2016. While you aren’t supposed to fix something until it breaks, Essa had an idea for another car, and FCP Euro wanted to help.

Enter: The Drift Taxi; Essa’s F30 340i. The F30 340i, BMW’s previous-generation 3-series, uses the B58B30 engine, a turbocharged 3.0L inline-6 cylinder engine that it shares with the new Supra. Tuners have already proven that the B58, with a bit of work, is capable of that magical 1000 horsepower number reliably with a broad torque band to boot. If you combine that overbuilt and under-stressed engine with the balanced chassis of the F30, you have the perfect basis for any drift machine. Now, Essa and FCP Euro want to truly see how far that chassis can go with the B58, so it’s time to build a beast.

Building that beast means more than just the horsepower, though there will be plenty of that. The entire suspension system needs to be removed and replaced with re-engineered parts capable of delivering the steering angle required to hold the car sideways. The chassis needs to be reinforced everywhere with lattice works of diagonal bars forming an all-encompassing roll cage, and a hydraulic handbrake setup needs to be fitted to the rear brakes to give Essa the ability to snap the car sideways at will. Throw the radiator in the trunk to achieve the optimal weight balance, and there you have it. Follow along with us as he strips, fabricates, and tunes his way from a relatively unproven chassis into one of the nastiest BMW drift cars you’ll ever see. - whether it’s in competition or just at events giving ride alongs to ecstatic passengers.

This week on the BMW F30 340i Drift Taxi build, watch Essa and friends prep, scan, and design their way to the perfect roll cage. Formula Drift-spec machines can have around 1000 horsepower and are thrown around by their drivers within inches of their competitors and the walls surrounding them. The right roll cage is critical for driver safety and chassis longevity, so its construction must be faultless. For years, cage builders used angle finders and tape measures to map out all the bars and angles required to build an effective cage; however, Essa decided to bring in Rob Parsons and his technology to create the perfect cage.

Rob Parsons is a name you’ll be familiar with if you’re into the drift scene. As a co-star of the Hoonigans’ “Unprofessionals” series, he slides around his LS-swapped Nissan 240SX with the hand controls he created for himself. When he isn’t filming or sliding around, he is building roll cages with his company, Cage Kits. They use 3D scanning to map out the inside of a vehicle and then use that data to create a cage that is so well-fitting and tight to the original chassis that you’d think it was factory. All of the tubes are CNC-laser cut and then marked where they should all meet inside the car. From there, they just need to be put in position and welded in. Sure, gussets from the cage to the chassis can look cool, but having the outer structure of the cage fit so snugly against the chassis that they can be welded together makes for a much safer and stiffer cage.

Essa knows the importance of the right cage and has seen plenty of Parsons in action, which is exactly why he was called in. Check out episode 2 of the Drift Taxi build series to see just what it takes to create the perfect FD-spec cage for the 340i.

This week on the BMW F30 340i Drift Taxi build, Michael Essa assembles the suspension and preps the shell for wheel clearance. After completing the roll cage last week, it was time for Essa and company to move toward the suspension. Like every other part of a formula Drift car, the suspension setup is wildly different from a streetcar. To achieve the desired specifications, the BMW gets fitted with the whole Wisefab catalog; knuckles, control arms, tie rods, and toe arms, everything it needs. Controlling all of those drift-specific parts are a set of Bilstein Evo R coilovers, the latest in Bilstein’s range of motorsport coilovers. The compression and rebound adjustable dampers will give Essa plenty of adjustment when he dials in the suspension.

That suspension setup will be critical when it comes time to slide around in the Drift Taxi 340i. Done correctly, it’ll keep the tires glued to the tarmac for maximum grip, exactly what every drift car needs. Contrary to what you might believe, drift cars need grip to slide accurately, and what better to maximize grip than wide tires. The 295-section rear tires Essa will use are 40mm bigger than the stock rubber, and the bigger wheels will have a larger offset to help widen the rear track for better grip. To get that big wheel and tire package to fit under the Streetfighter body kit, Essa has to nip and tuck the rear bodywork like a surgeon with an angle grinder. Find out how that all goes down right here in episode 3! 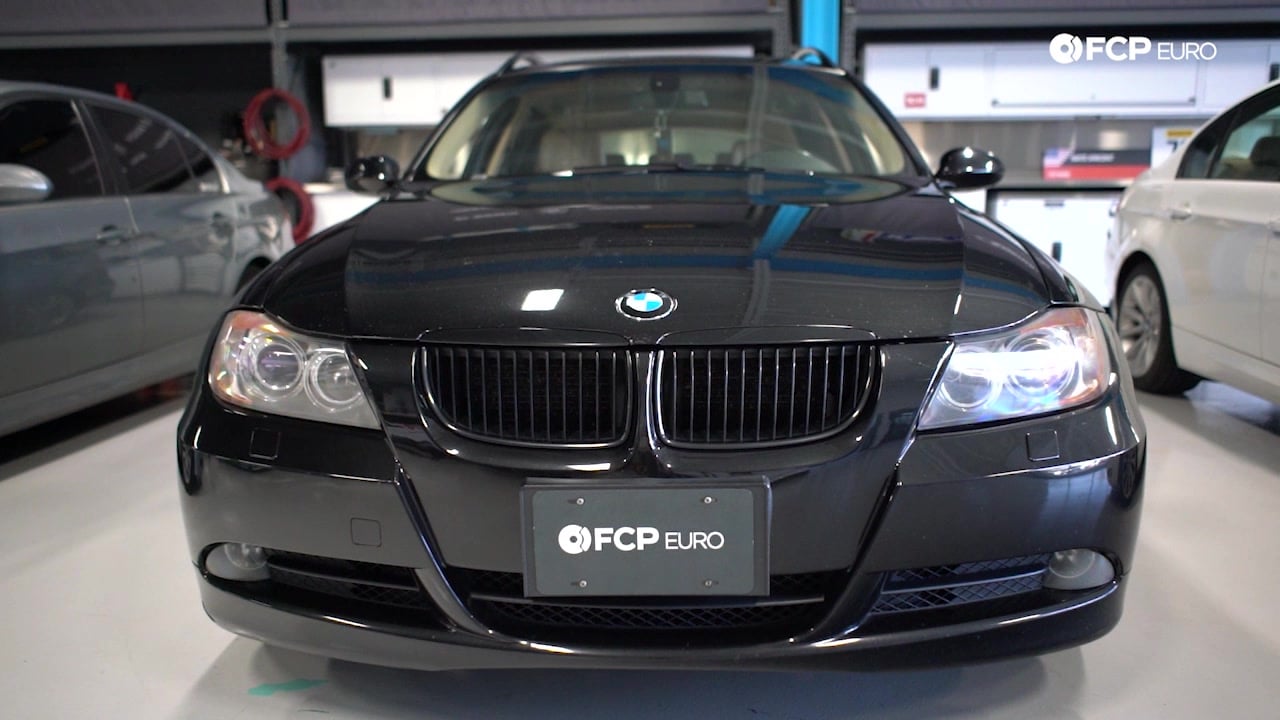 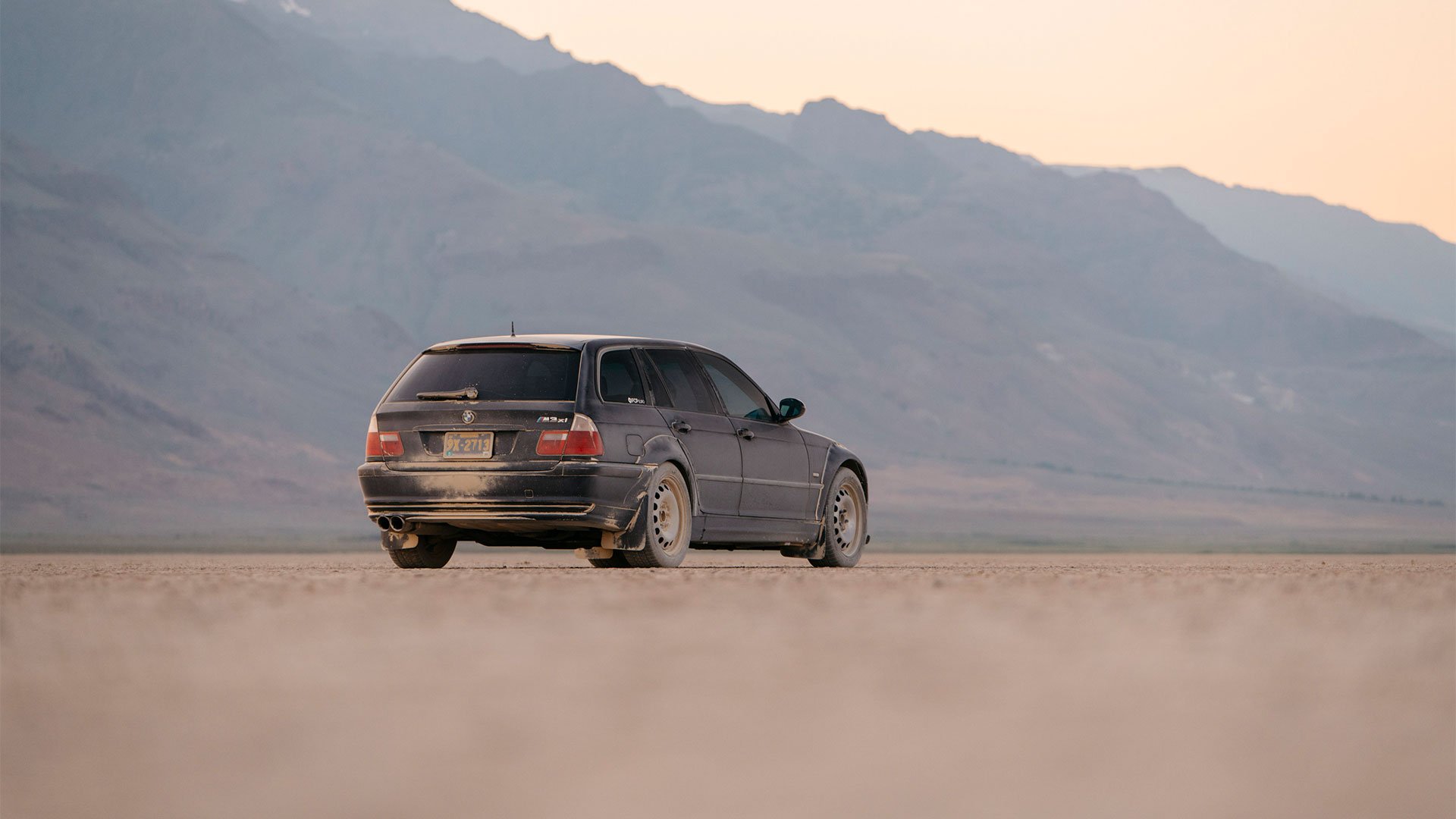 Part one of this S54-swapped AWD BMW E46 Touring off-road trip didn't go exactly as planned. With a rebuilt engine, will it make this 1600-mile attempt?