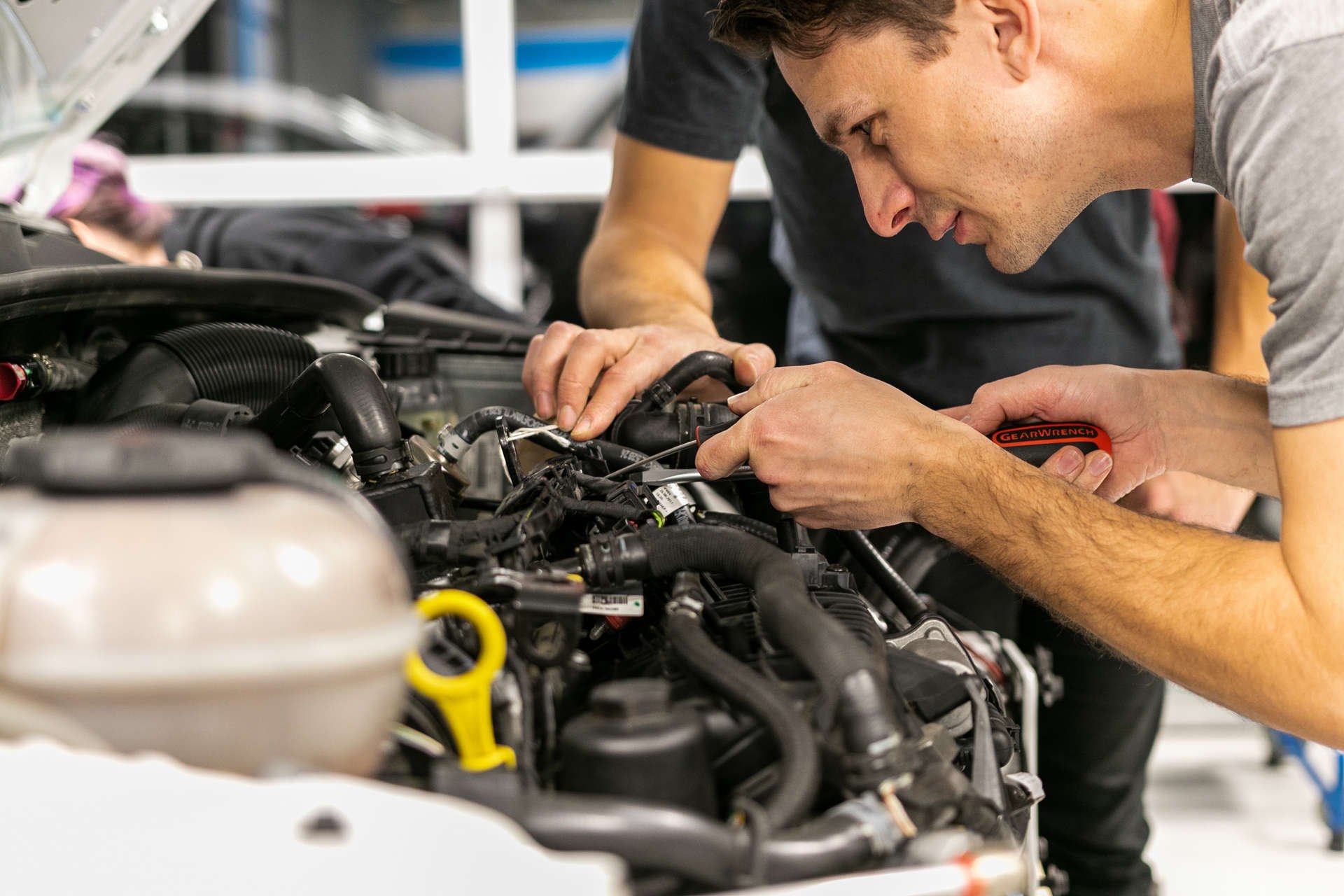 Last week on episode two of our new Motorsport Mondays series, we headed to the dyno to see just how much power our #71 and #72 TCRs were making after two full seasons of racing. We left off back at the shop with both of the cars in the air waiting to have their engines pulled to get to the bottom of the discovered power loss. That's where today's episode picks up from.

Back in the shop, one group took to tearing out the engines, while another was tasked with removing the 2019 livery. Removing the vinyl of last year's livery sounds like it wouldn't be that big of a deal, but after 2000 kilometers of on-track abuse, the vinyl held on for dear life. Luckily, we had dozens of helping hands on it to prep for this year's new design.

The first engine pull was a team effort and came out of Michael Hurczyn's car, the #71. Taking our time and using this as an opportunity to document the removal steps, pulling the engine only took a little over three hours. 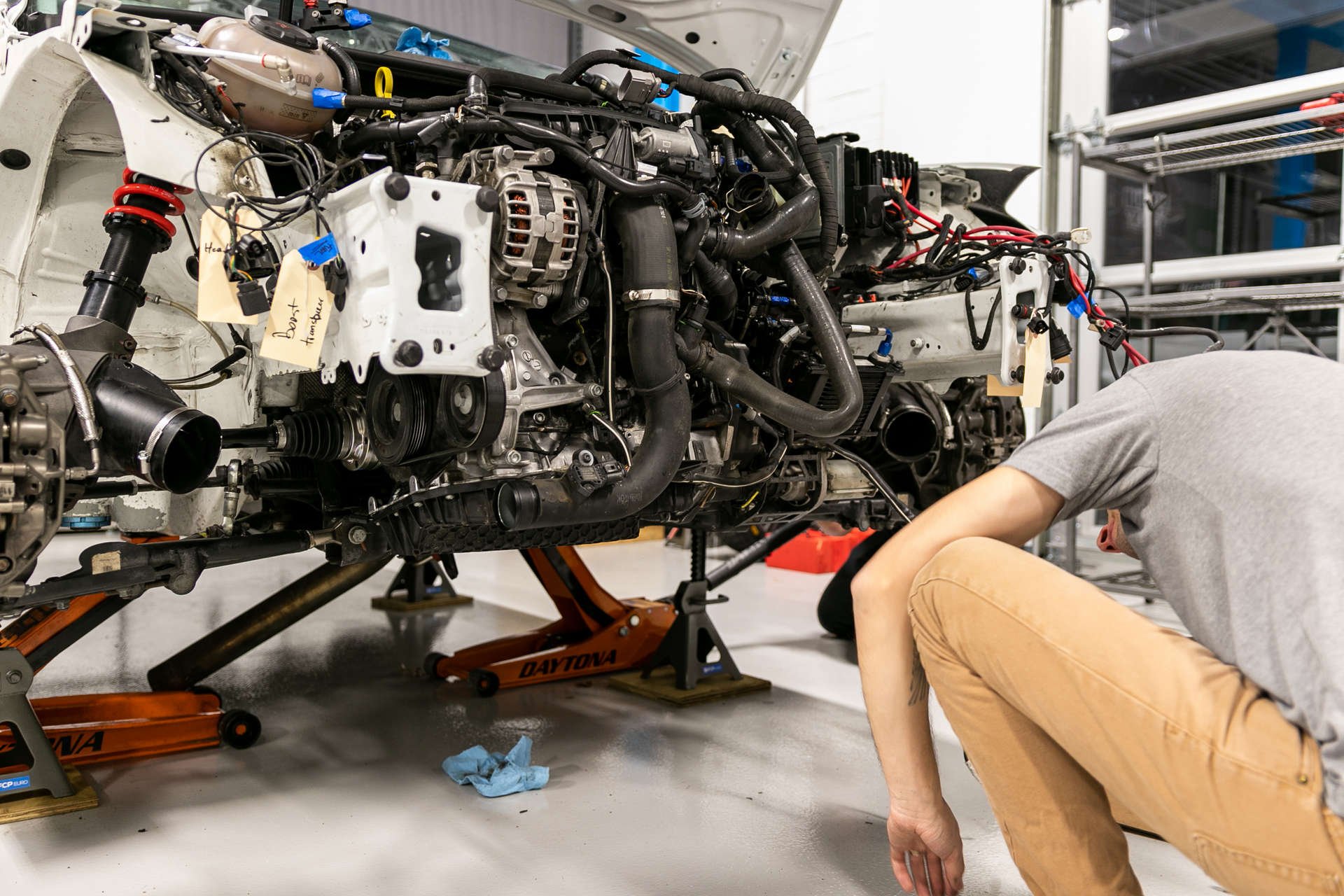 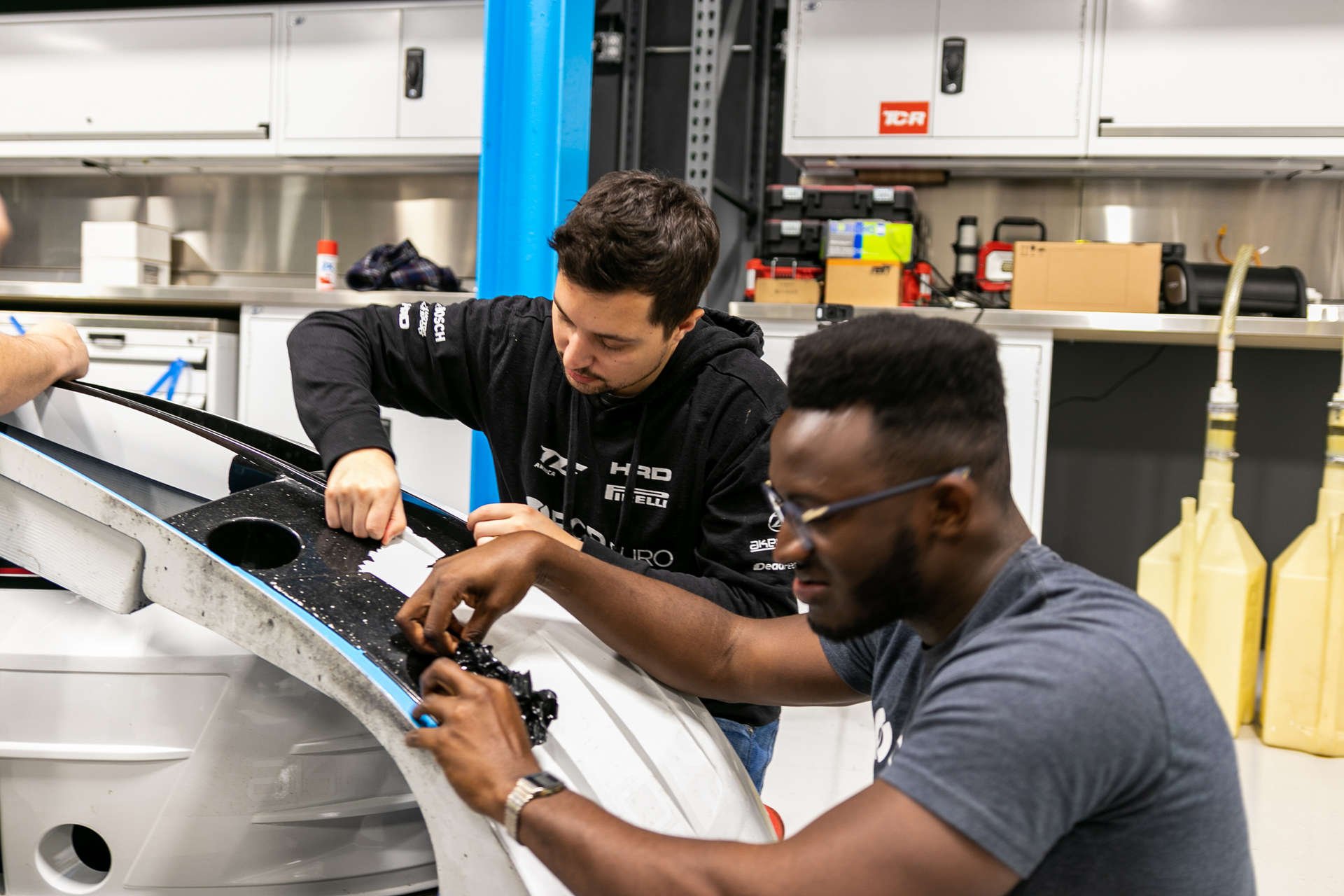 The second engine pull was a completely different story. A friendly wager was placed between the team to see if the engine could pulled by the motorsports crew in under an hour using their acquired knowledge from the removal before. The team proved to be too much for the engine—not only were they able to pull it in under an hour, they were able to do so with over twenty-minutes to spare. 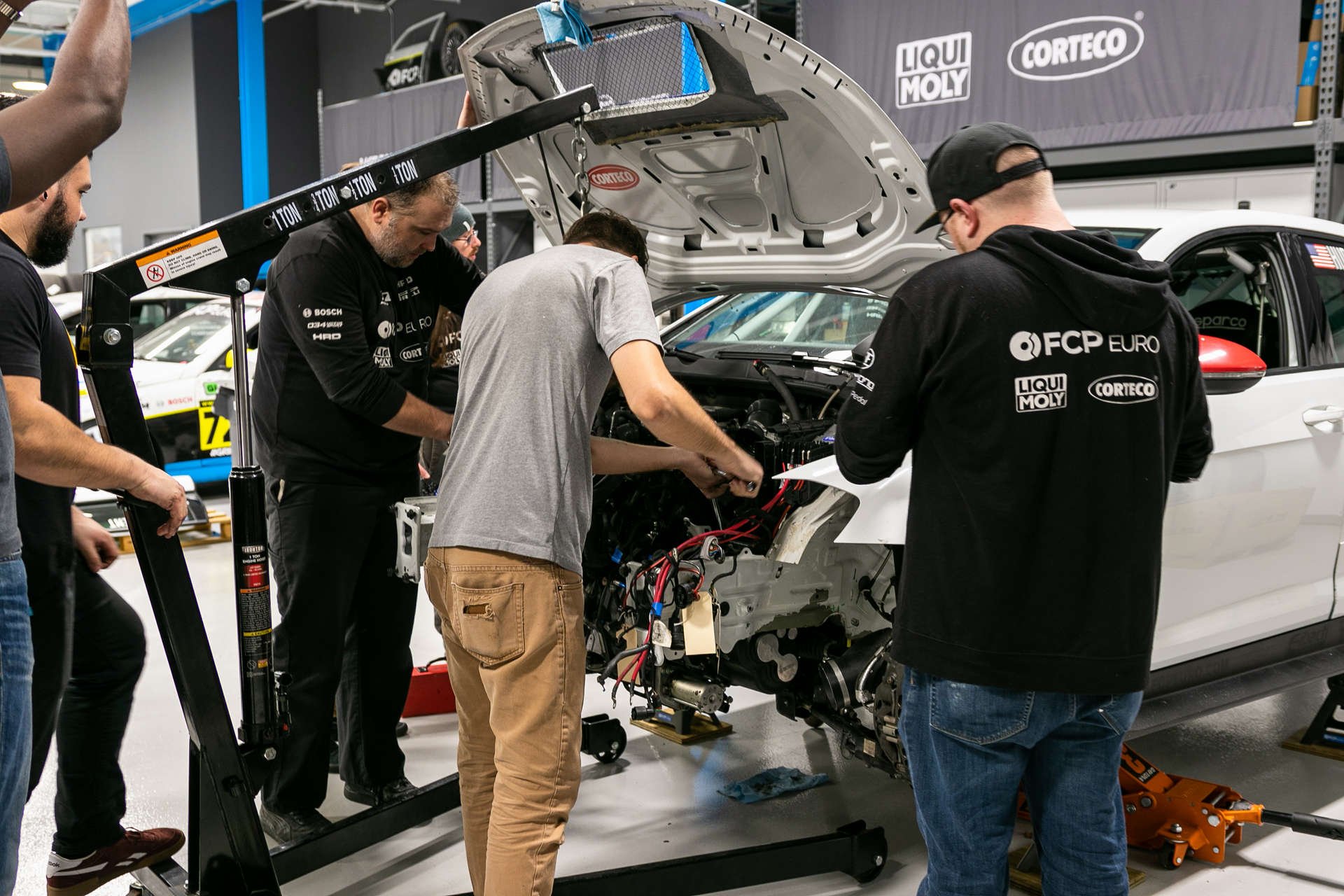 With both engines out, Gareth was able to take a proper look at the turbochargers, which were determined to indeed be the source of the issues. Two brand new turbos are already on order and will be installed on a later episode of Motorsport Mondays. Once installed and the cars are fully back together, they'll be back at the dyno one last time to confirm that these were truly the cause of the lack of power.

On next week's episode of Motorsports Mondays, the team begins nut and bolting the car to determine exactly what we'll need to bring with us on the road. 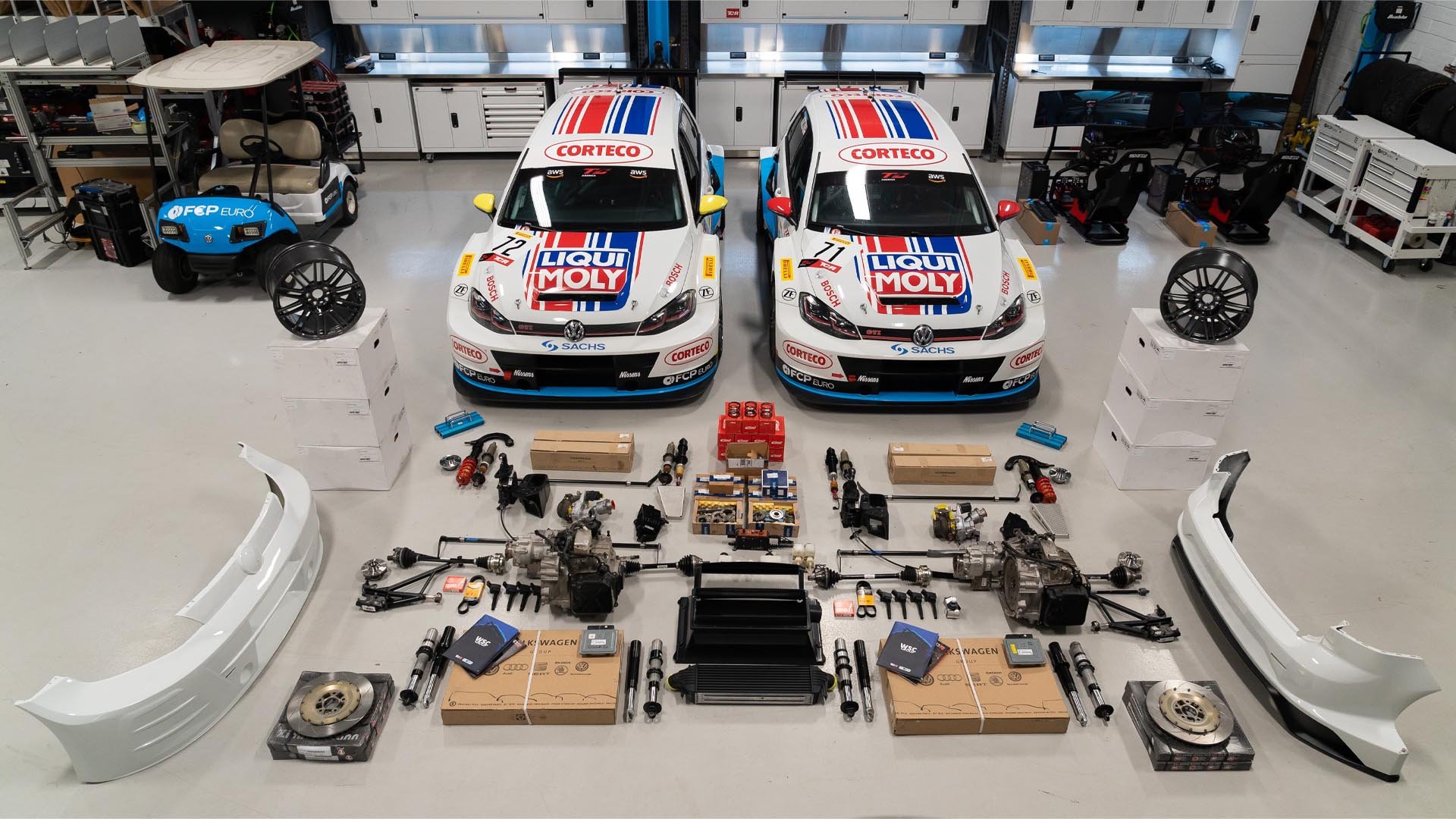