The desire to modify a car can be strong amongst enthusiasts. The question is, should you even modify a car with the performance of a 996 Porsche 911 GT3? 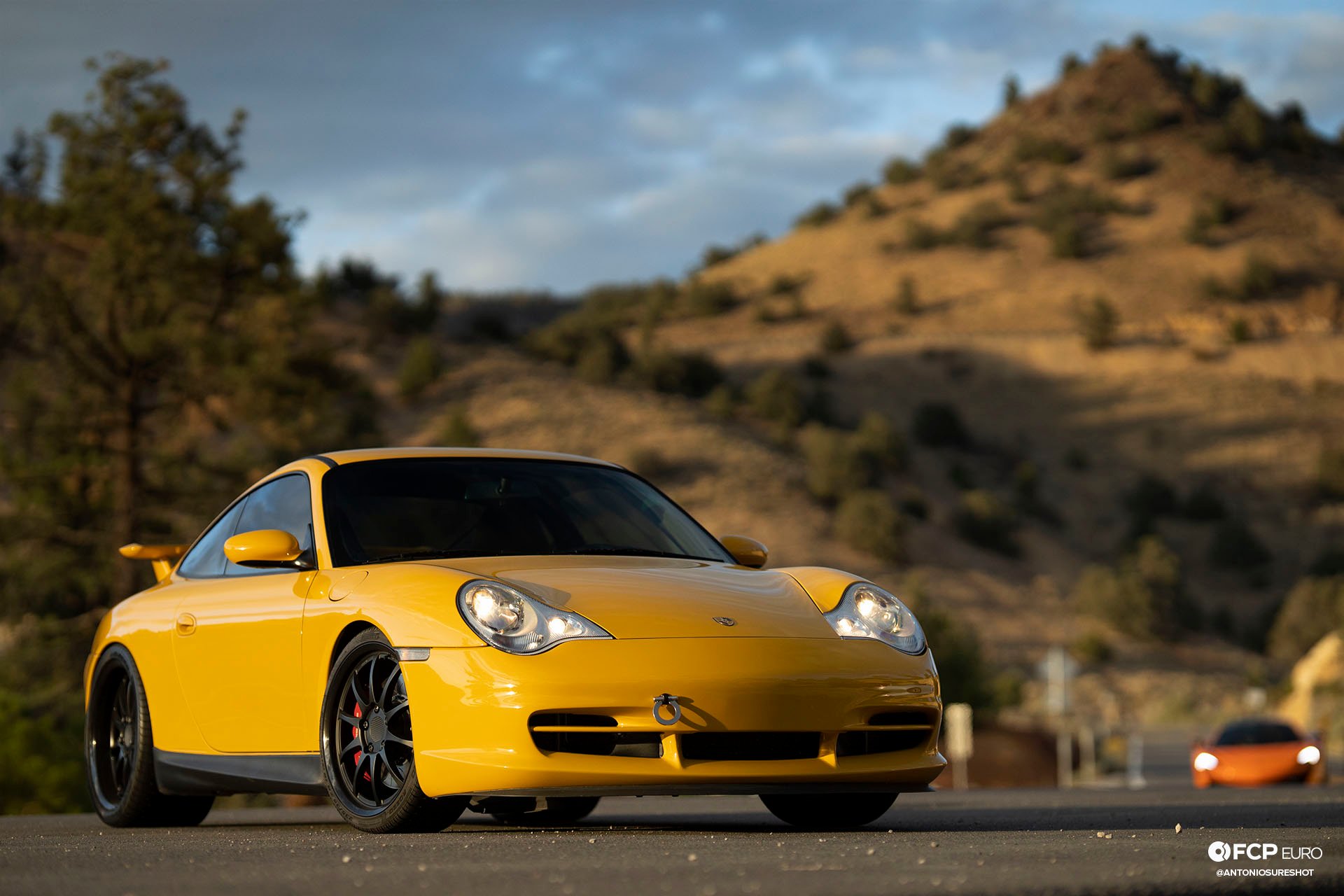 We know, it sounds crazy to most of us. Why would you not want to modify your car? For Gilbert Dayao, he did decide to add some high performance refinements and customization to his 996.2 2004 Porsche 911 GT3.

Those mods, however, didn’t come until he drove the car, “In 2005, I purchased the car with only 800 miles on the clock,” Gilbert explained, “I decided to purchase this particular model because of its rarity and its pure raw performance. There were really no big plans to modify this car heavily, especially after driving it for a while. I asked myself, “what can you do with this car?’” 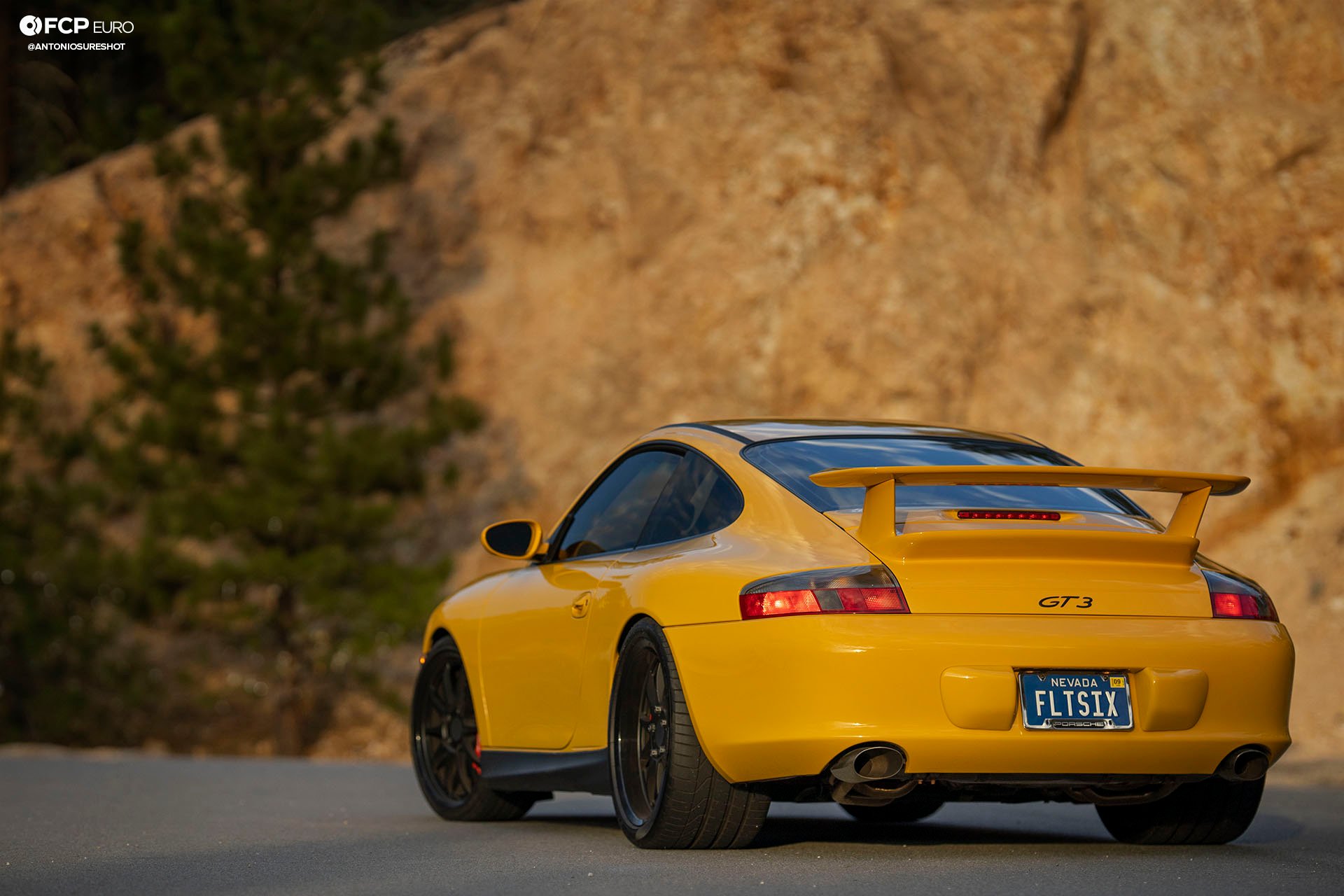 For those who have never driven a 911 GT3, they don’t realize just how good this car handles straight from the factory. That’s probably because they also don’t realize what makes the GT3 special in the first place. The first-generation line of GT3s from Porsche was introduced in 1999 and is known as the 996.1. This first-gen car ended in 2003 and continued with the 996.2 in 2004. This was also the first of the GT3s to land in the US as the 996.1 was not considered crash-worthy by US DOT standards. The “.#” naming continued with the 997 and today with the 991. 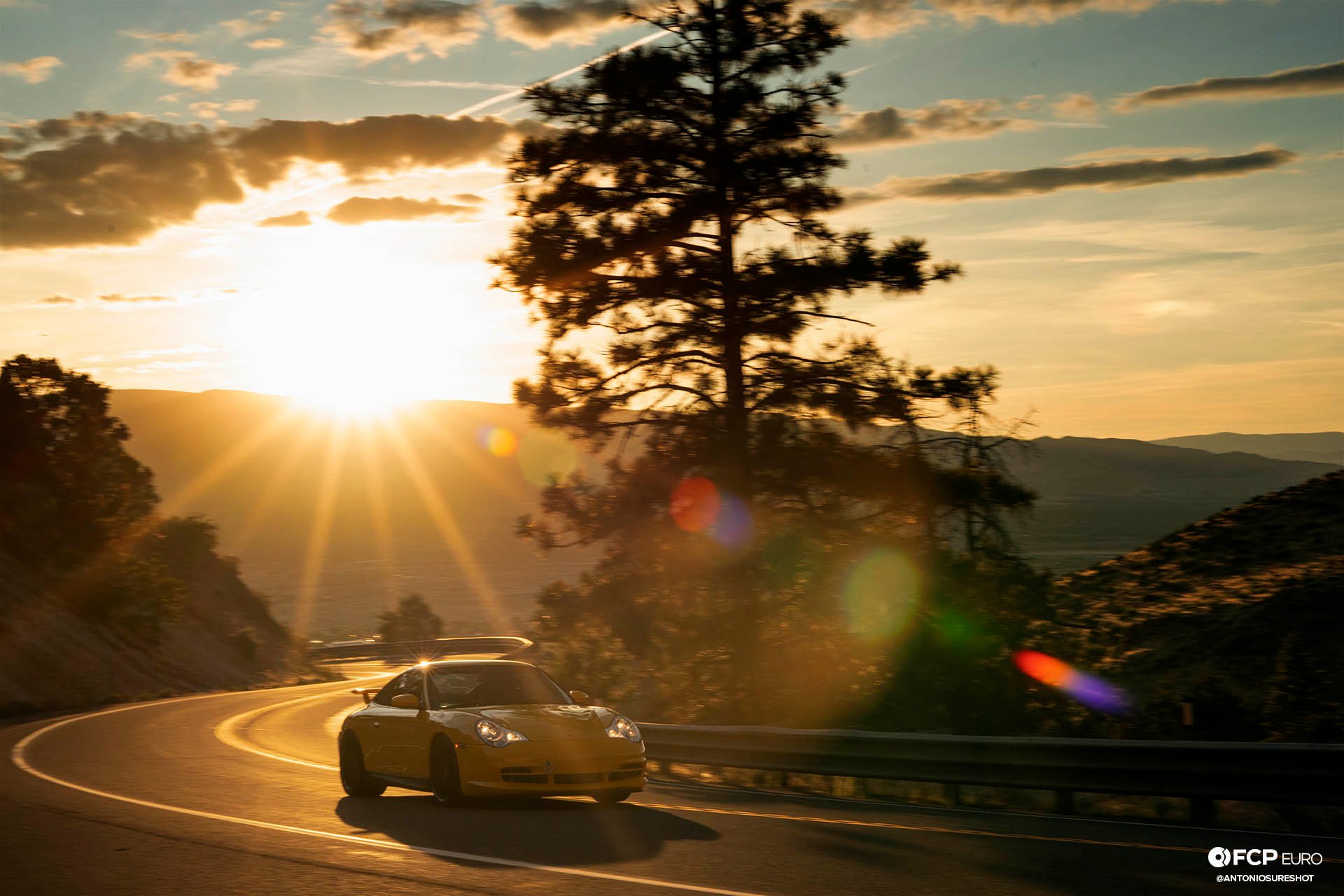 The idea behind the GT3 was essentially like the original 911 RS models – track focused, street legal Porsches. Most of the sound deadening was removed, air-conditioning was an option, no rear seats, no rear speakers, no sunroof, even a CD changing radio was only offered as an option on later model GT3s. 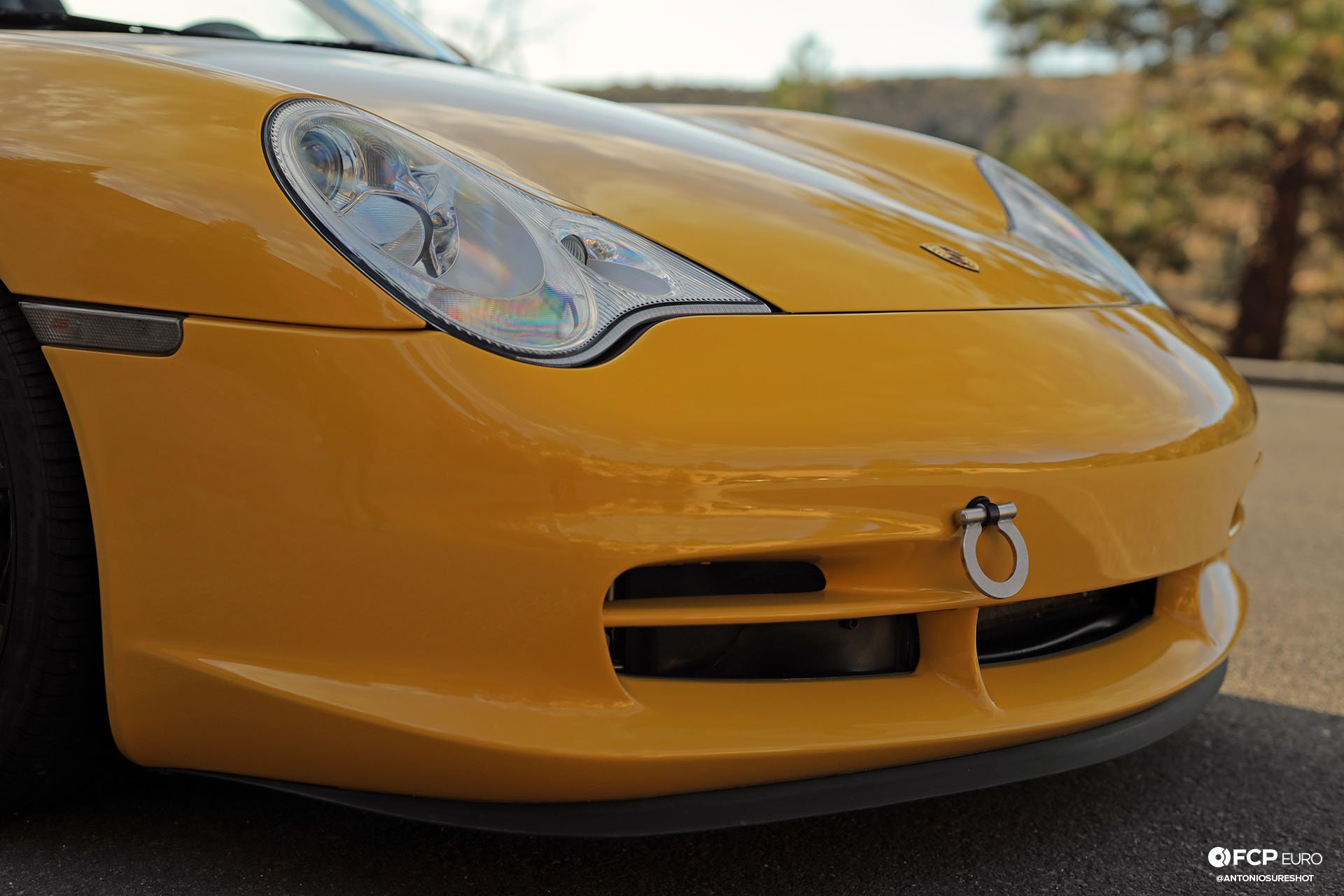 Aside from the AKG towhook that Gilbert added to the front bumper, 911 aficionados will notice that the significant change for the 996.2 GT3 was the facelift, which all normal 996 models received in 2002. The 1999 to 2003 GT3s headlights look a lot like the Boxster, and Porsche felt the need to differentiate the 911 from the 986-chassis. 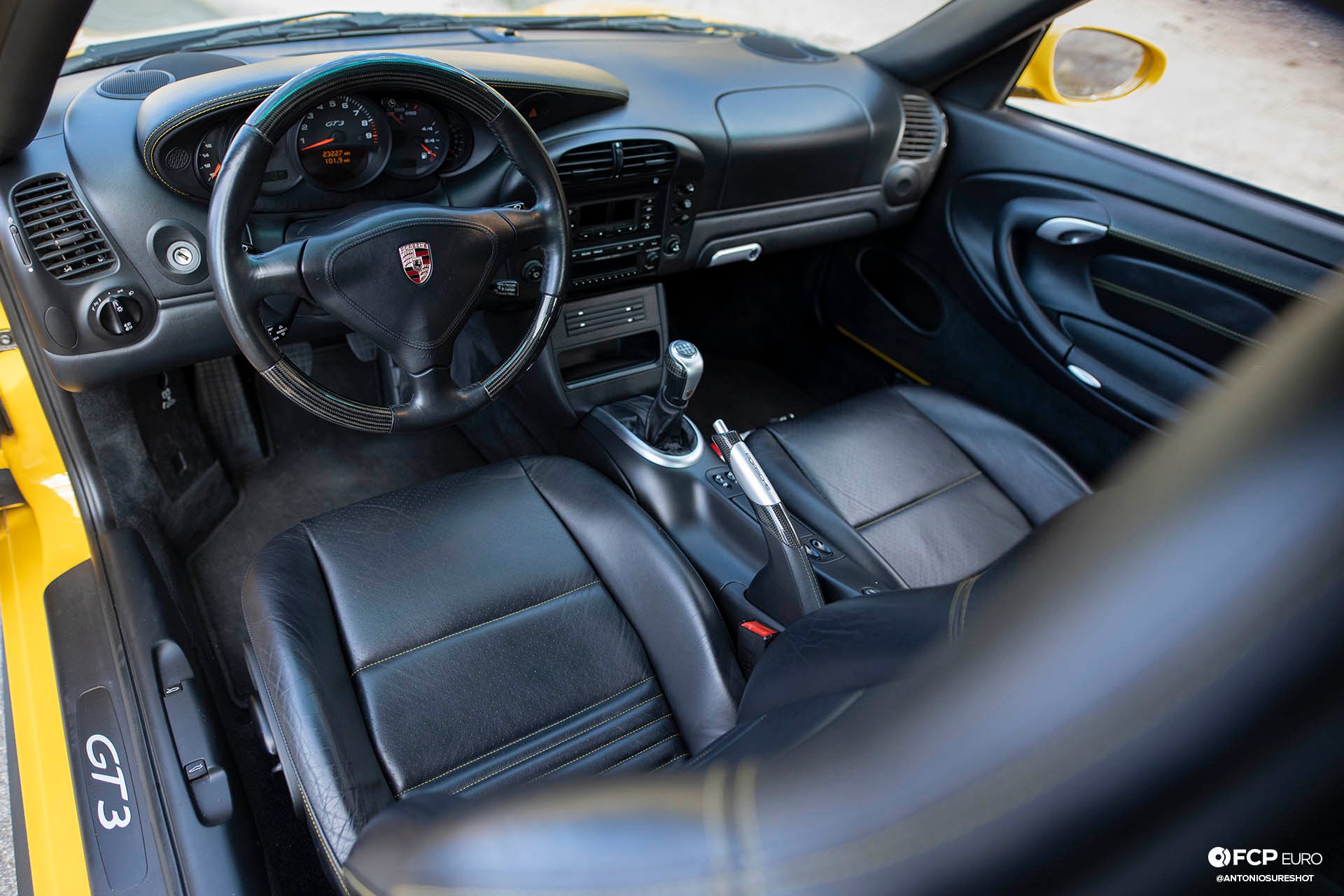 As you can see, the interior of Gilbert’s 996 is rather spartan. It does have a radio so you’re not totally bored sitting in a traffic jam, but there is little else in this car. 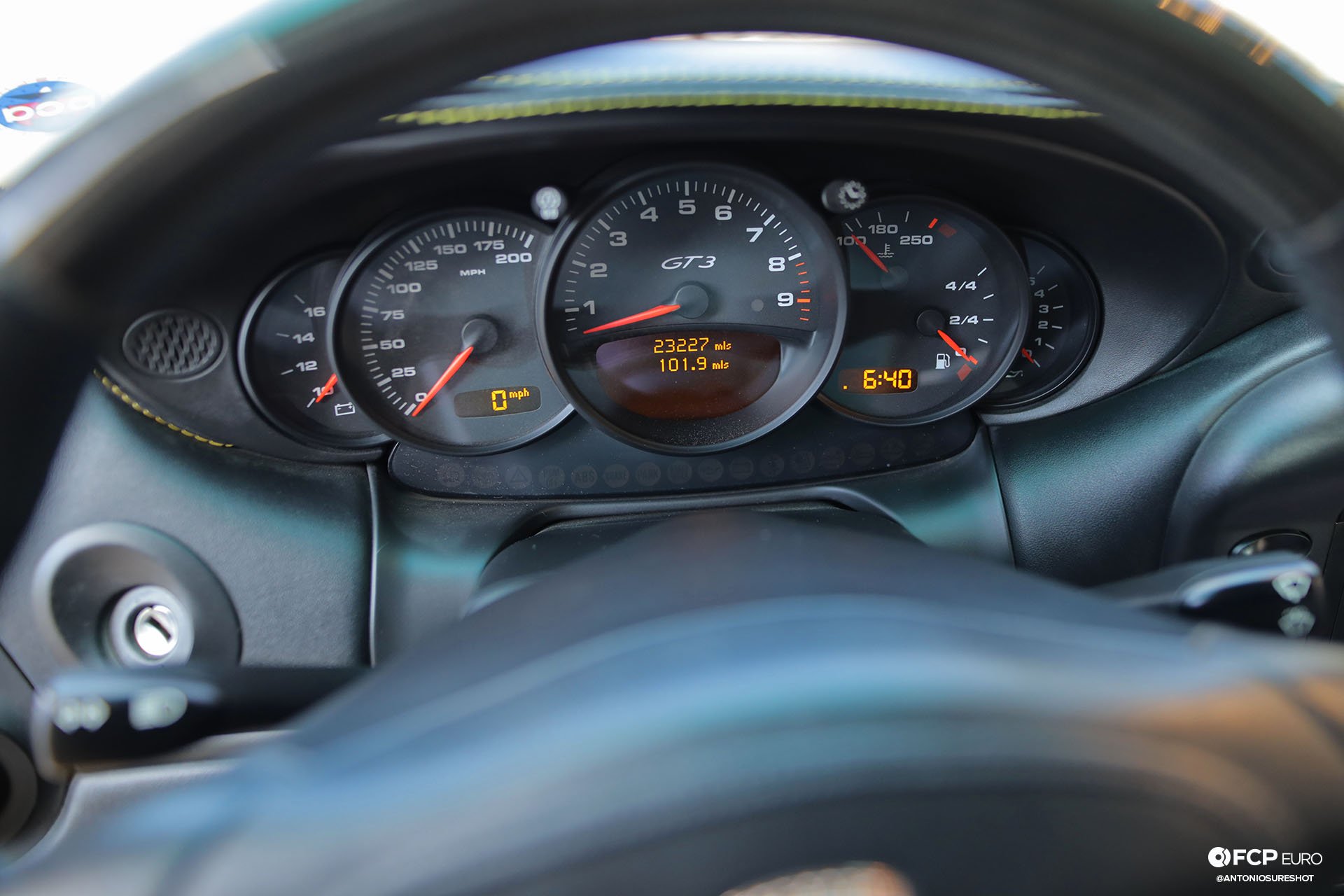 The gauges are set up for driver focus with the tachometer set dead-center and just above the steering wheel’s top opening. That’s a staple of Porsche interior design, but the only other way you know this model is special is that little “GT3” in the tachometer. There’s no flash or pompousness to this gauge cluster as it’s designed to do one job: tell the driver what the engine is doing. 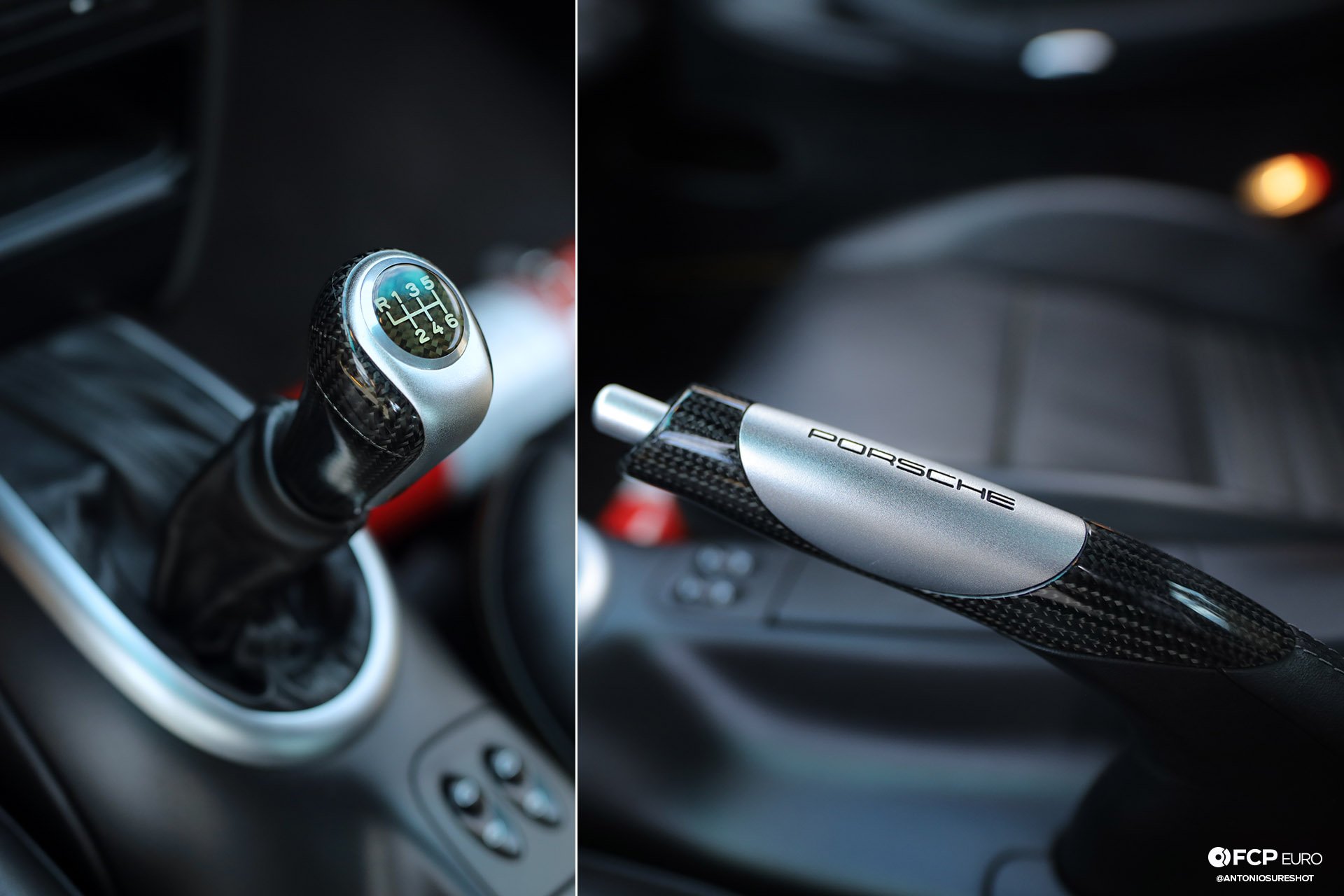 There are hints of high performance lightweight parts in the cabin. The gearshift and handbrake are both wrapped in real carbon fiber to match the carbon fiber steering wheel.

These parts may only be grams lighter than stock leather parts but with the GT3, lightness is essential to its being. 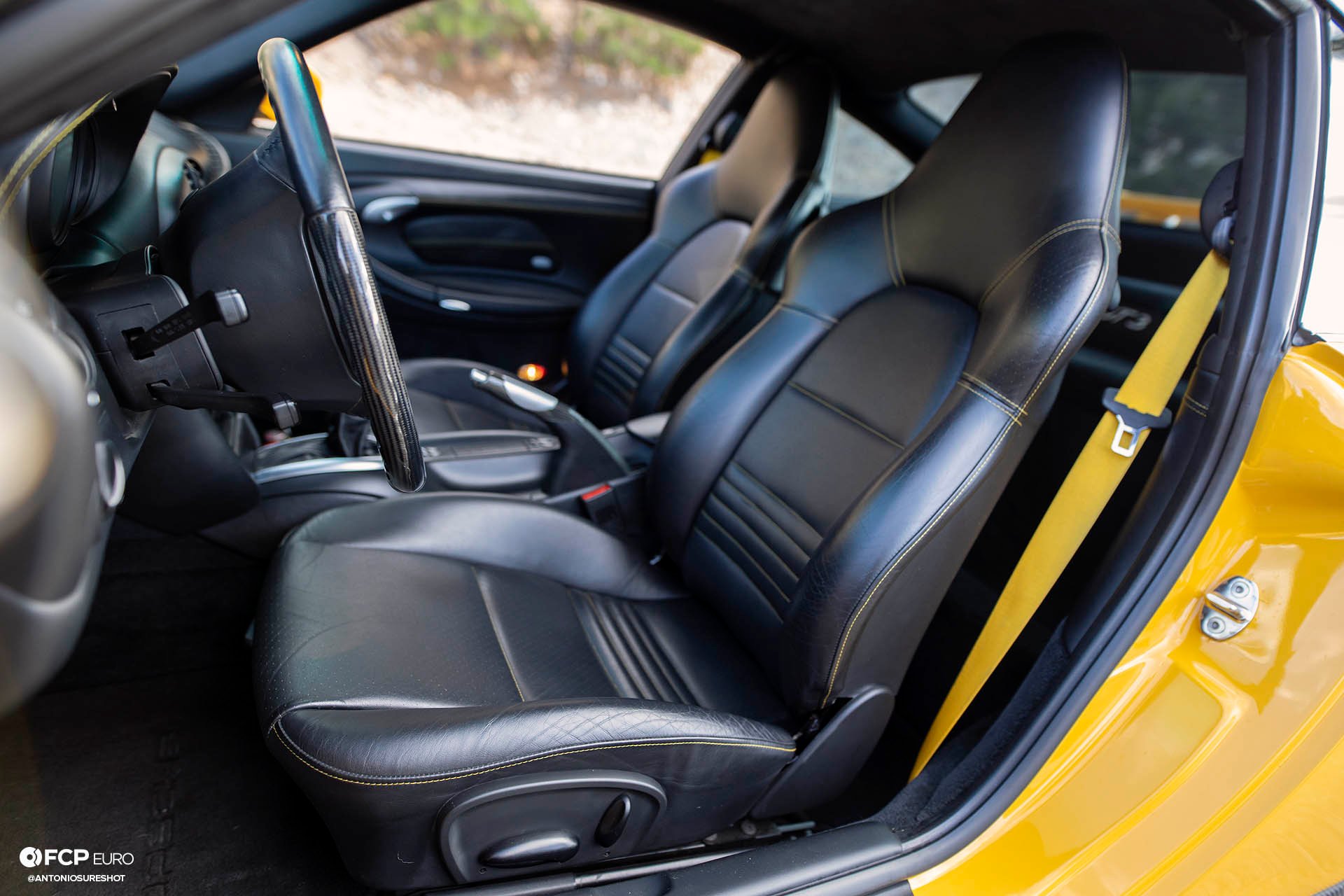 Though, Gilbert’s GT3 does include a pair of leather-wrapped front power seats. With a car as rare as this in the US, you take what you can get, though lighter seats could come in the 996 GT3s with the Clubsport option (which the US didn’t get because it also removed the crash airbags). The stitching on the seats and seat belt are not only factory original on Gilbert’s car but are also color matched to the body’s bright Speed Yellow paint. 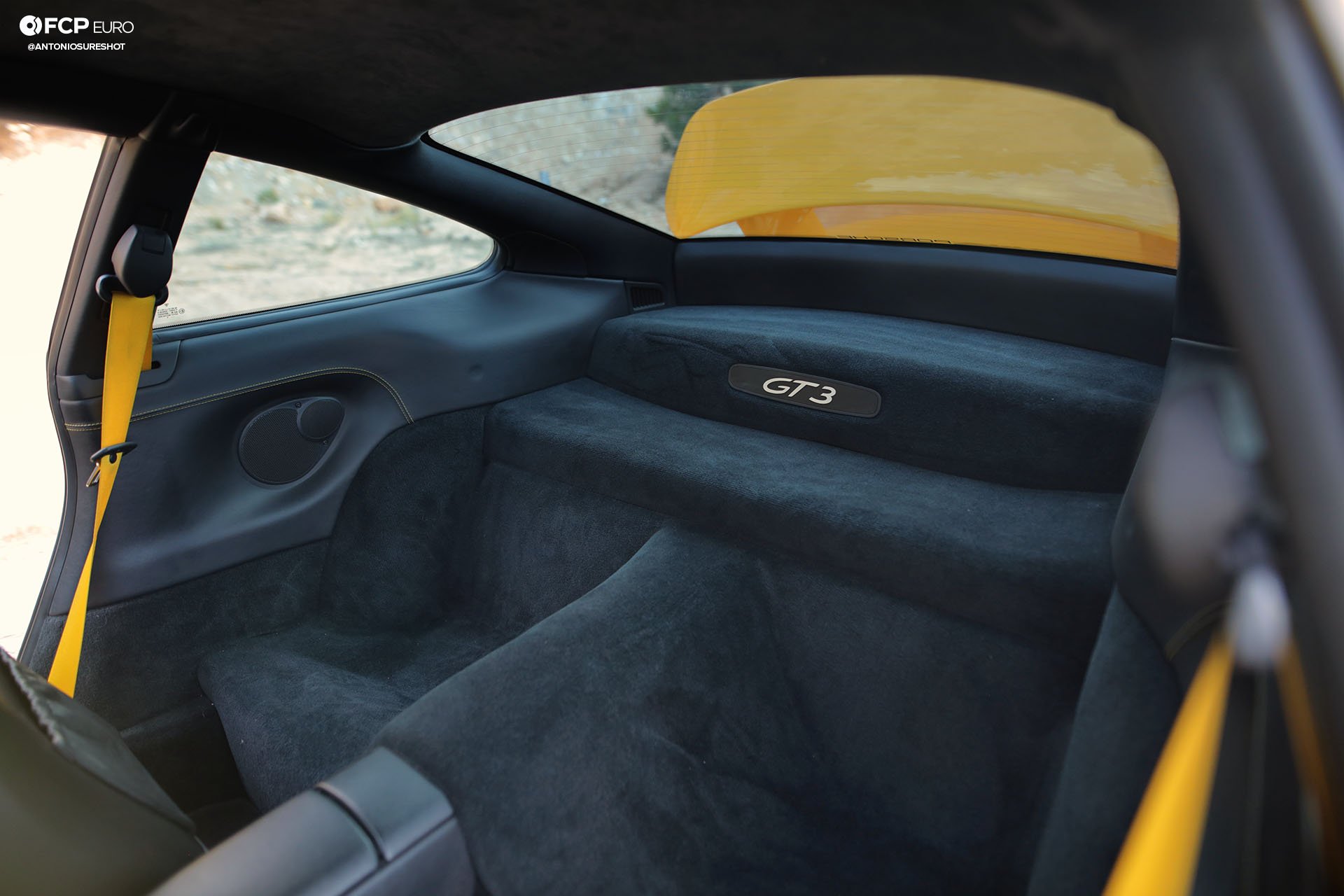 The biggest hint to its lightweight design is, of course, that factory rear seat delete. Nothing special other than it’s a factory delete, uses carpet as a covering, and has a stitched-on tag with “GT3” in silver lettering. You can see that location for the original rear seat belts in the rear interior panel is filled in. It also means that, if you were strangely inclined to do it, you could install a set of factory rear seats in to a 996.2 GT3. Just, why would you do that? However, you can see that the optional sound system is installed on this 996.2. 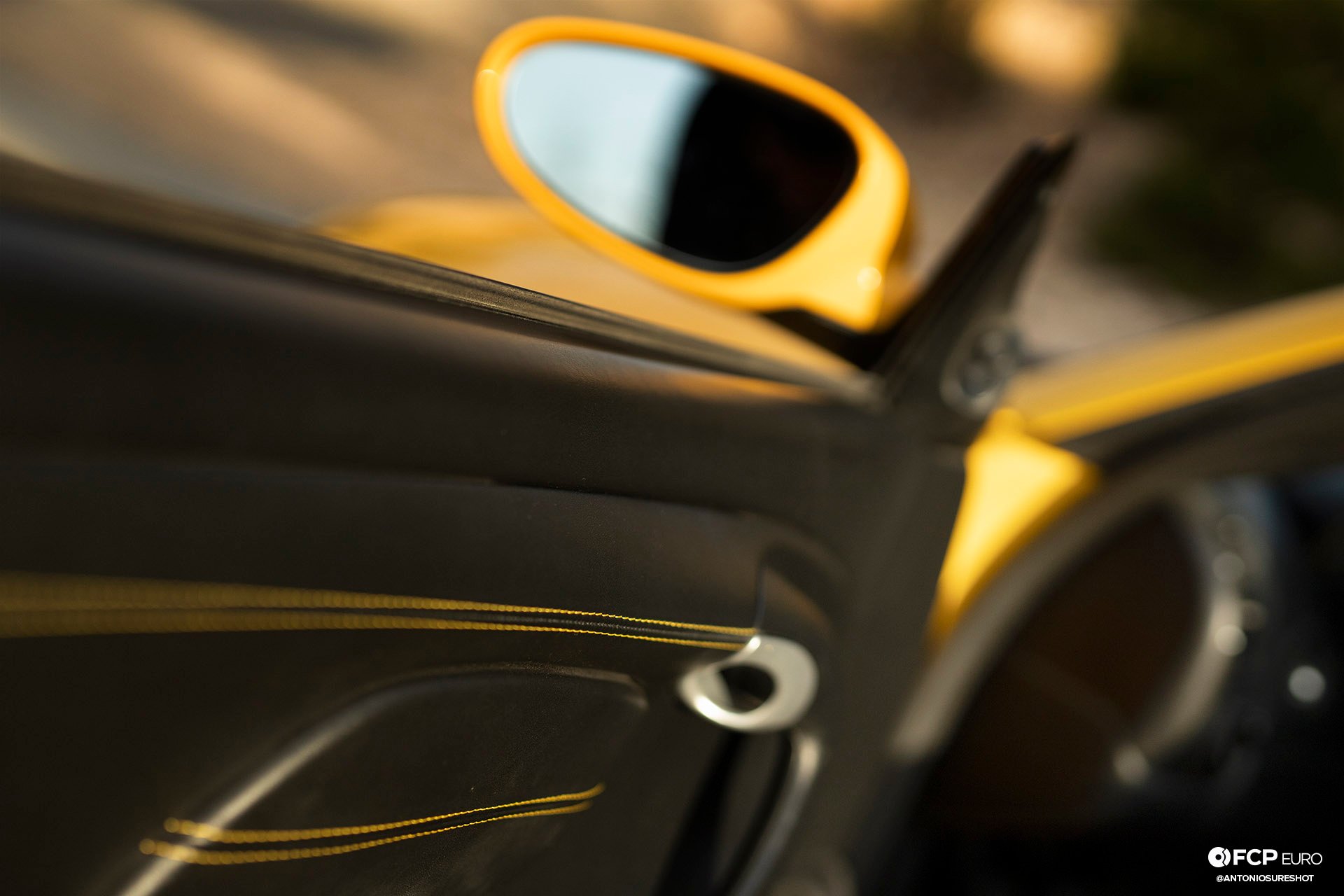 More leather and body-matching stitching can be found on the door panels. While many people associate the GT3 door handles with the simple, webbed pull strap – those were found on later models of the European spec GT3 RS. The GT3 had standard door handles instead. 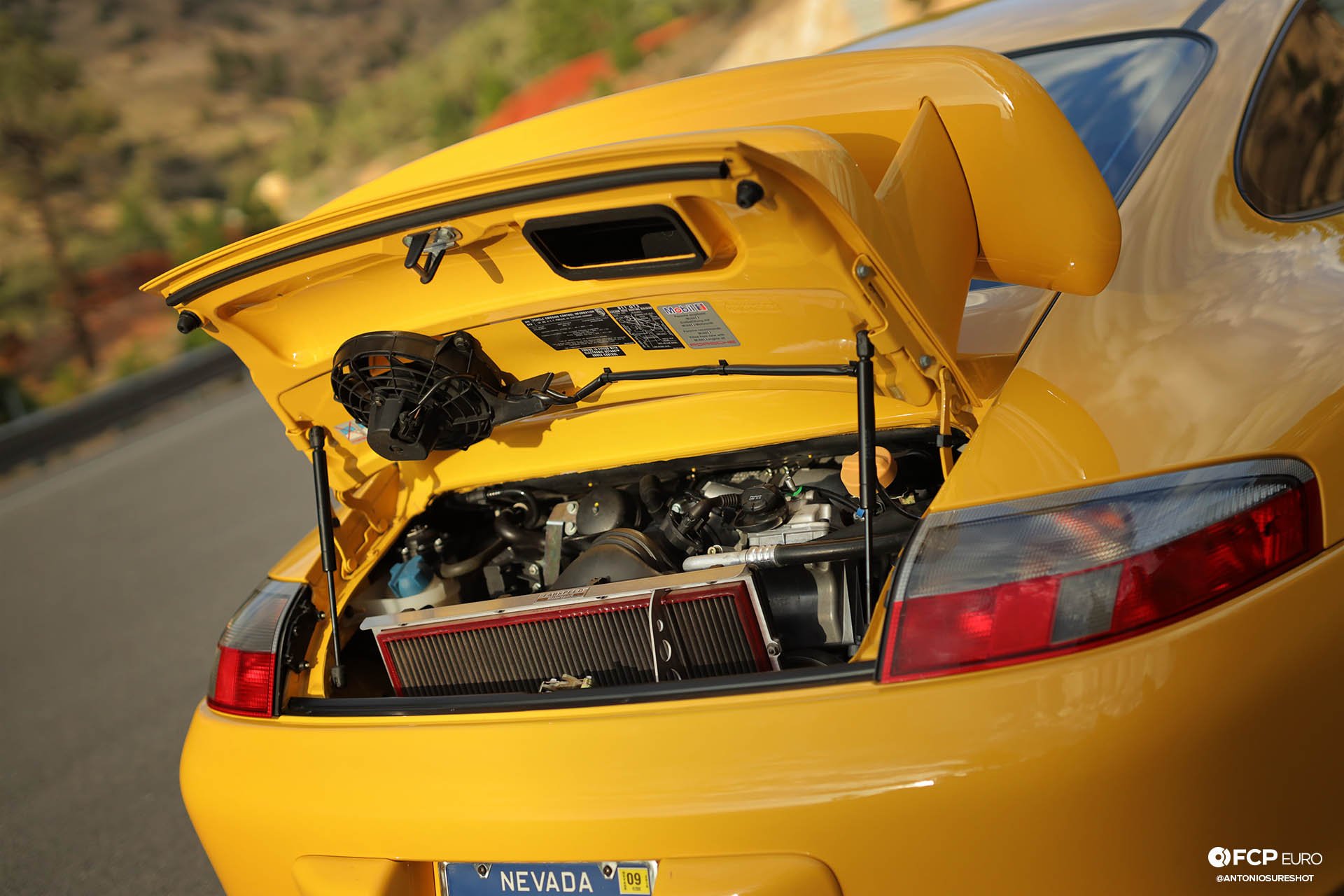 The rear deck lid is also unique to the GT3. Its tall rear wing and duckbill are both functional but necessitate that the lid be smoother and better for aerodynamics. You won’t find the louvers like you will on Carreras, but you will see a pair of scoops just in front of the duckbill. The intake scoop on the engine lid leads air to the intake, and the electric exhaust fan mounted on the under side of the lid expedites hot-air removal.

The thing that many people point out, and rightly so, is that the 996 GT3s have “Mezger” M96/72 engines. The significance to this engine is that it was designed as a true dry sump engine derived from the air-cooled 911. While many will call the two-piece crankcase wet/dry hybrid of the standard M96 and M97 engines found in 996s and 997s a dry sump, it’s not. It can thank the 962 and the 911 GT1 for its engine as the design was based around their's. However, it’s not the exact same engine from them because the 962 used individual heads on each cylinder while the M96/72 uses a single head in a four-valve design, a modified design from the 959 and the GT1 was twin-turbocharged where the GT3 is naturally aspirated. 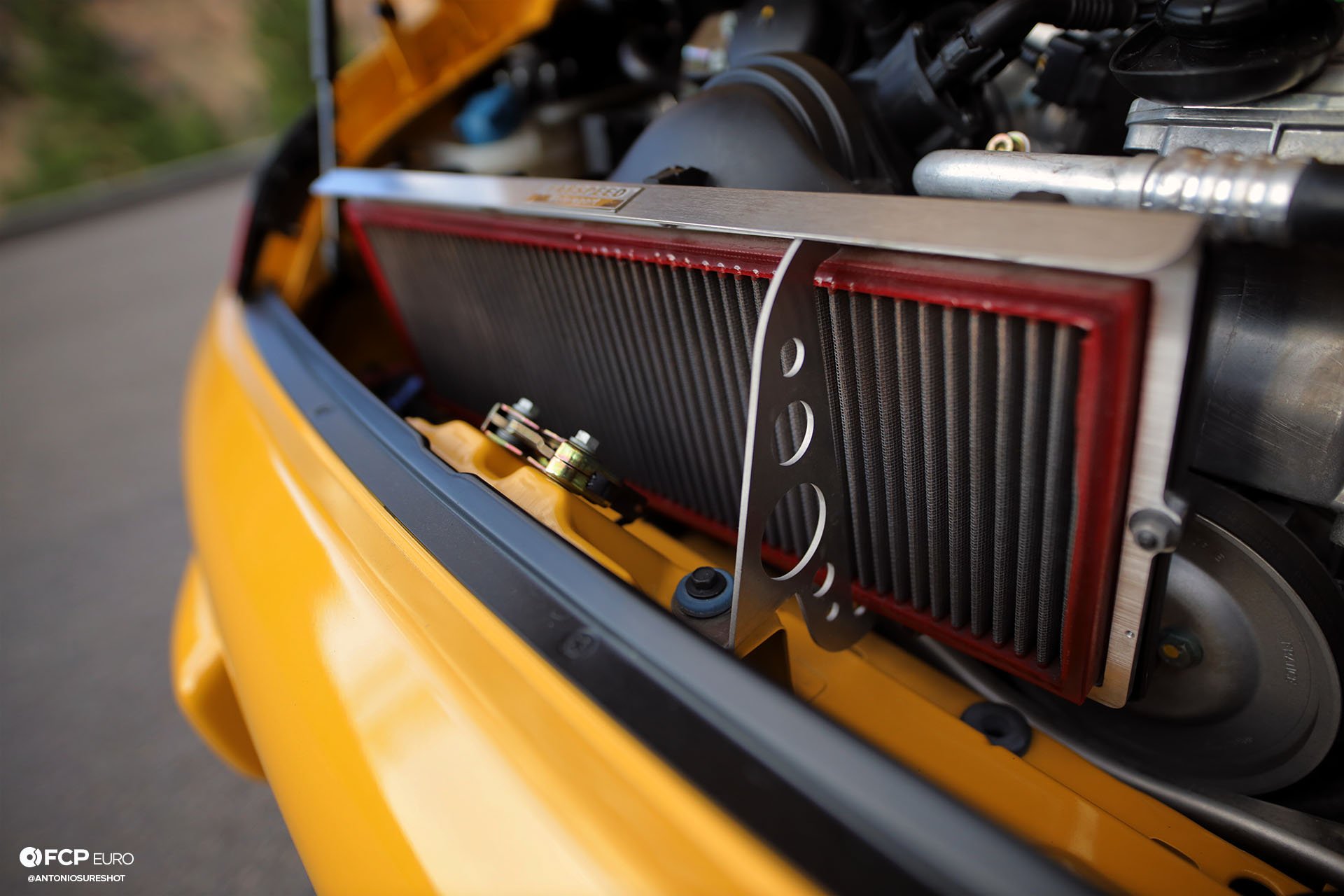 Hans Mezger, who started at Porsche around 1956 after graduating Stuttgart Technical University with a Diploma of Engineering degree, simply based the M96/72 around this design. There are many, many engines that are thanks to Mezger that don’t share his name like the type-753 flat eight of the Porsche 804 F1 car, the 917s, the 1100-horsepower 917/30, and even the Porsche-made engine that TAG Group used from the mid-1980s in the McLaren MP4/2 F1 car. Mezger also didn’t work on this engine for the 996 as he retired from Porsche in 1994. Even so, it is based on his design and is why it bears his name.

Gilbert’s GT3, though, features a Fabspeed air intake, as seen under the engine lid. The Fabspeed headers and exhaust system can be seen with a peek underneath the rear bumper. 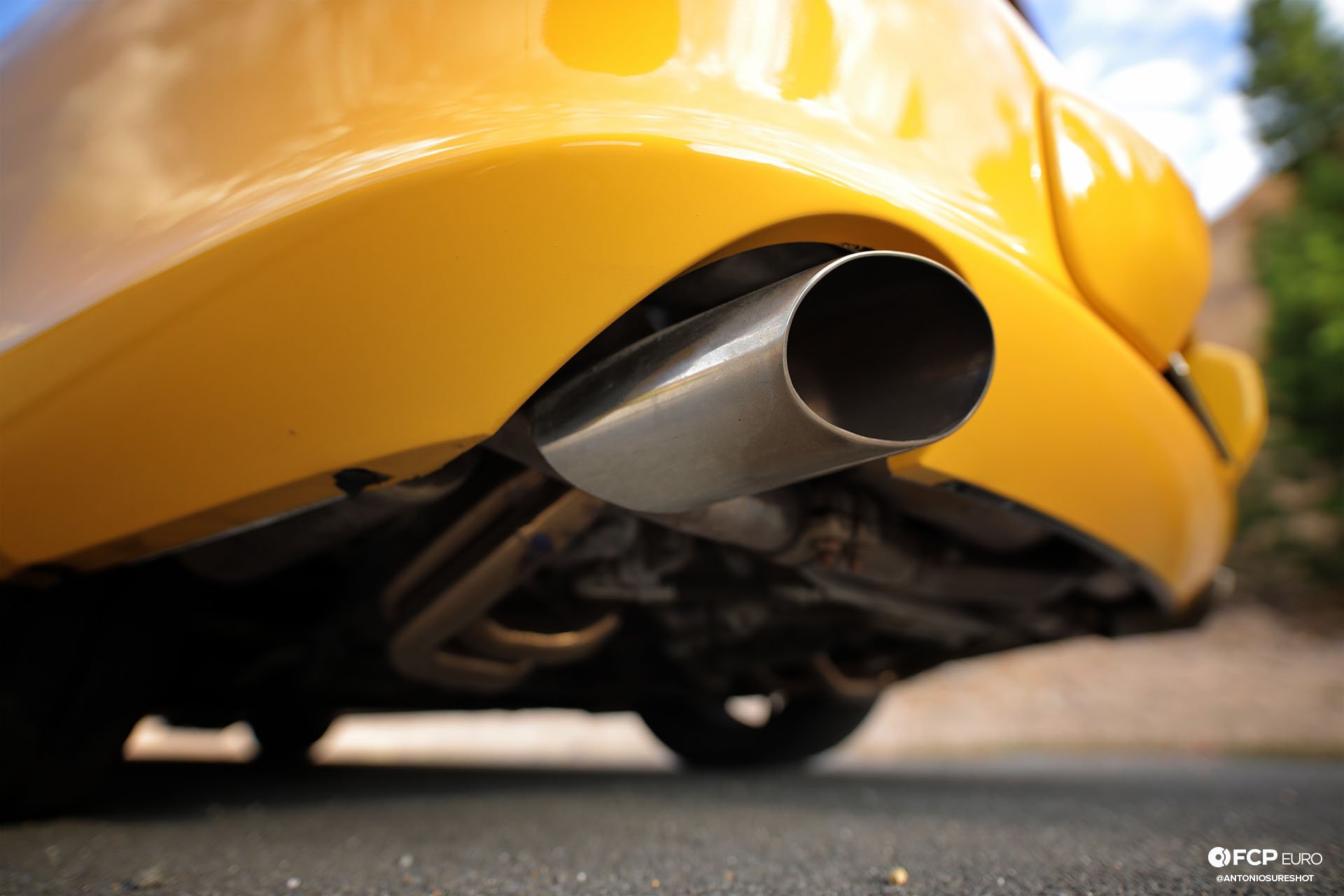 These additions did require some reprogramming to the PCM to take advantage of these freer flowing parts and bring this car back to or just above that factory rated horsepower. Actually, any more power will hurt the balance and feel of this car, so this is a wise move on Gilbert’s part.

Fortunately, that tune is only a download away from Fabspeed and makes it easy for owners to get a tune that they know works. 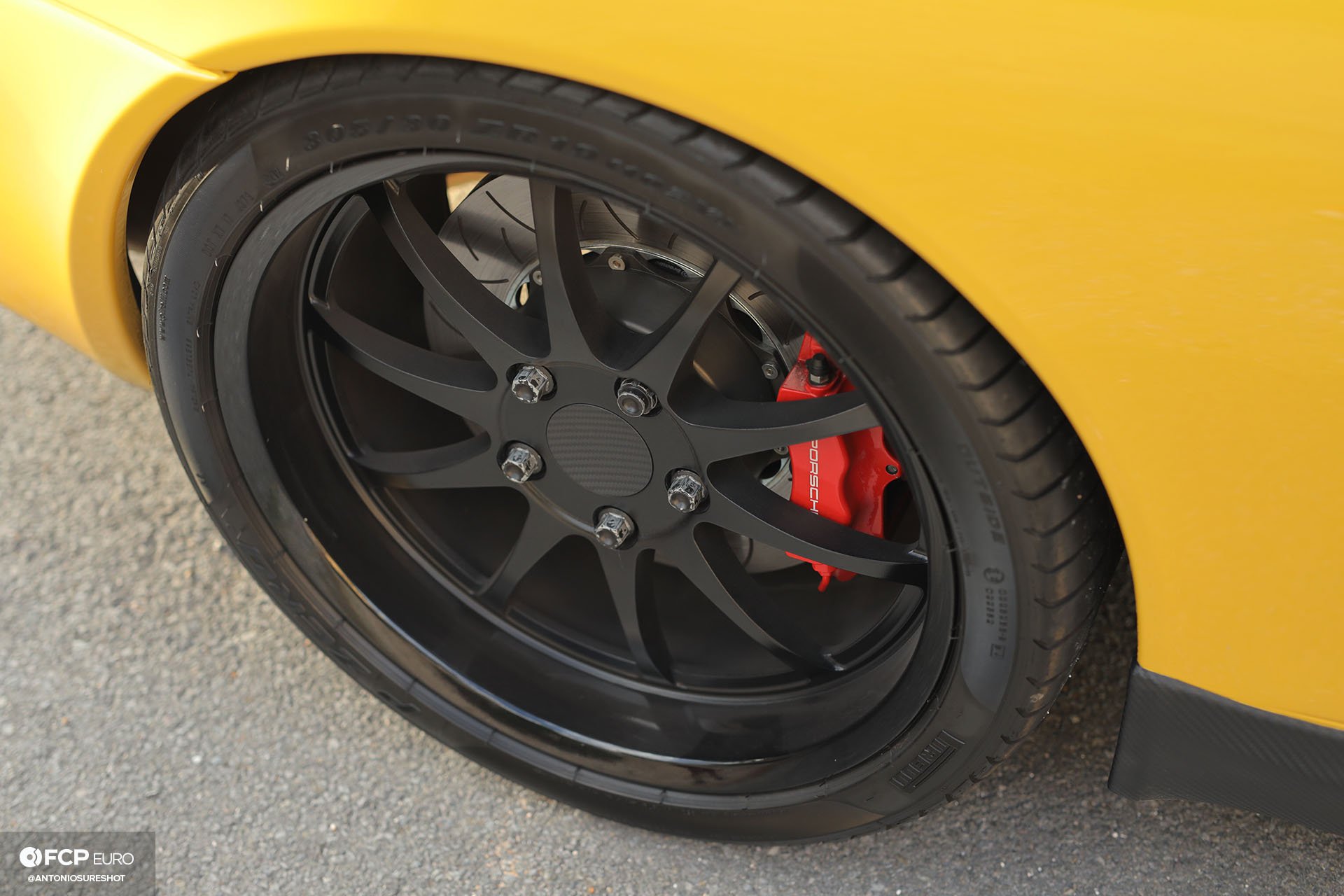 Gilbert decided that his GT3 did need some individualization and went with a set of new wheels and tires. The Kinesis 19-inch wheels don’t add any significant weight penalty to the chassis, even in 19x9 front and 19x11 rear. The tires are a set of Pirelli P Zero tires in 235/35R19 front and 305/30R19 rear. 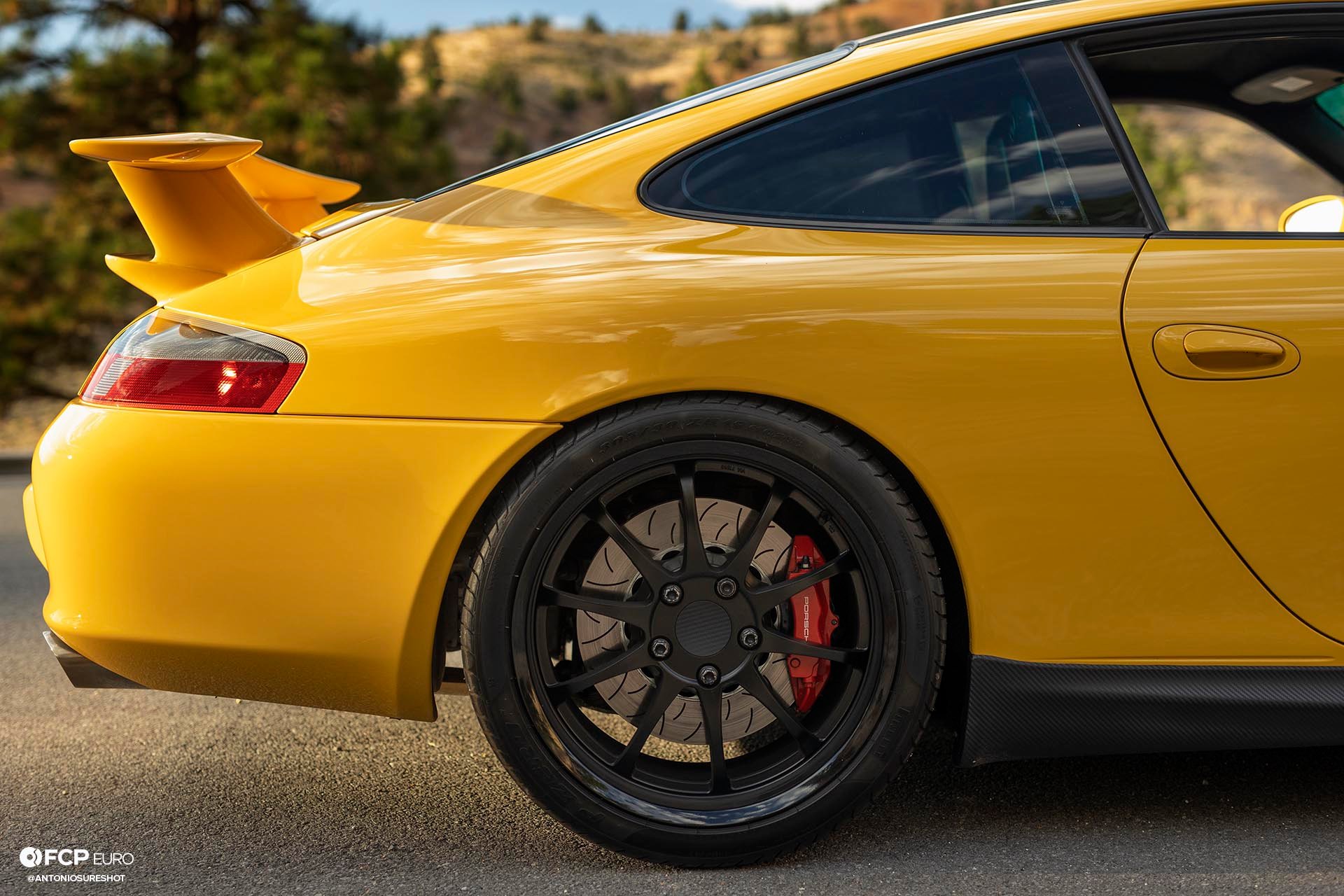 The other factory upgrade from 996.1 and 996.2 happened with the brakes. The front set now used six-piston calipers on the 350x34mm factory single-piece and cross-drilled rotors.

Gilbert’s car uses a set of Brembo two-piece, slotted 380x34mm rotors while the rear are two-piece, slotted 350x28mm rotors and use Brembo’s stainless steel brake lines. Thanks to its factory threaded Bilstein coilover shocks, the car is lowered without having to swap out to a set of aftermarket coilovers. 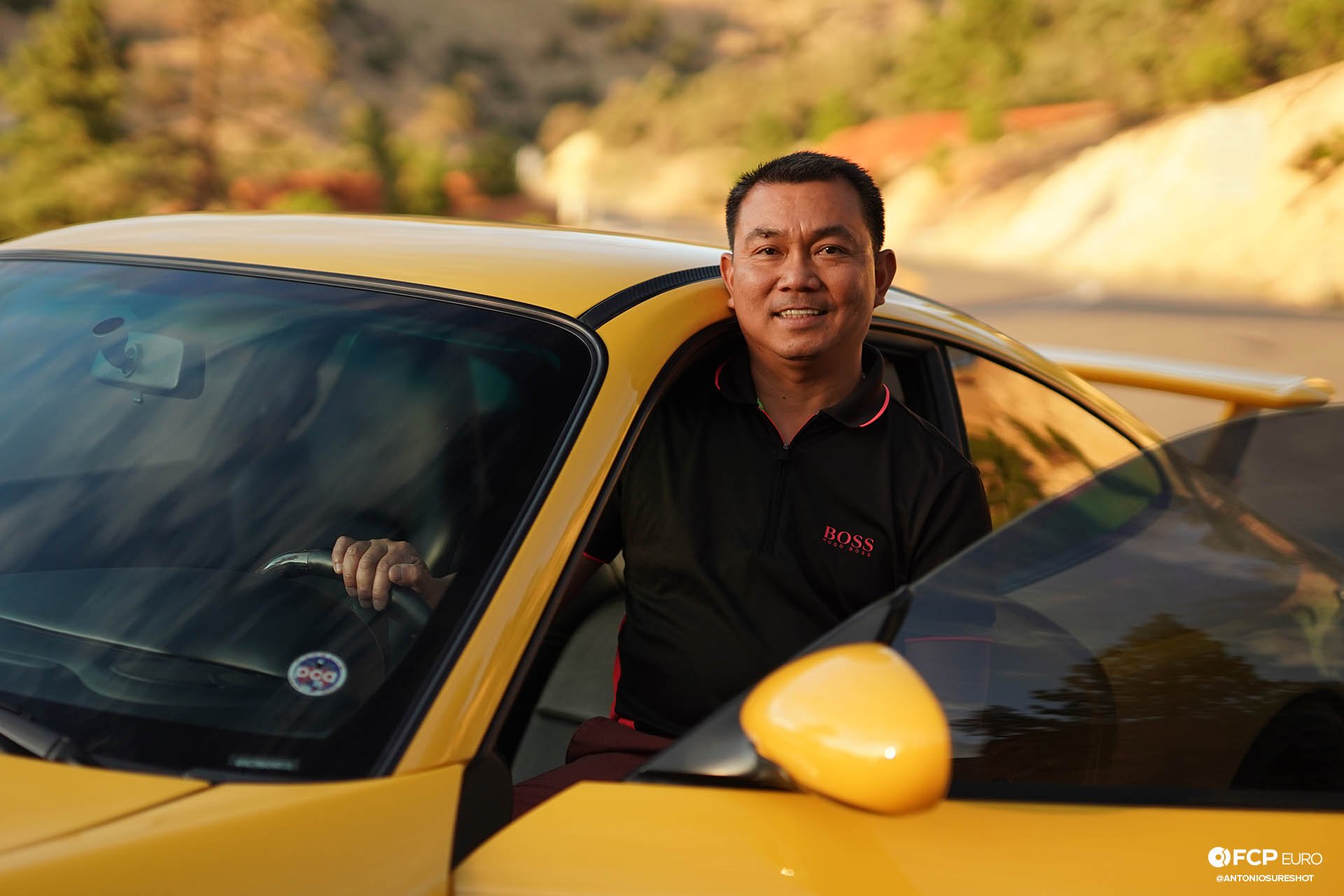 That’s it when it comes to modifications and you’re probably surprised by that. It’s a Porsche and it should have more performance parts. It should look slammed, wide, and mean. However, in doing so, you start to take away what made the 996.2 GT3 special in the first place. “I believe that this particular model and year was built for the purists,” said Gilbert, “the car is raw, and the performance was unbeatable at the time.” 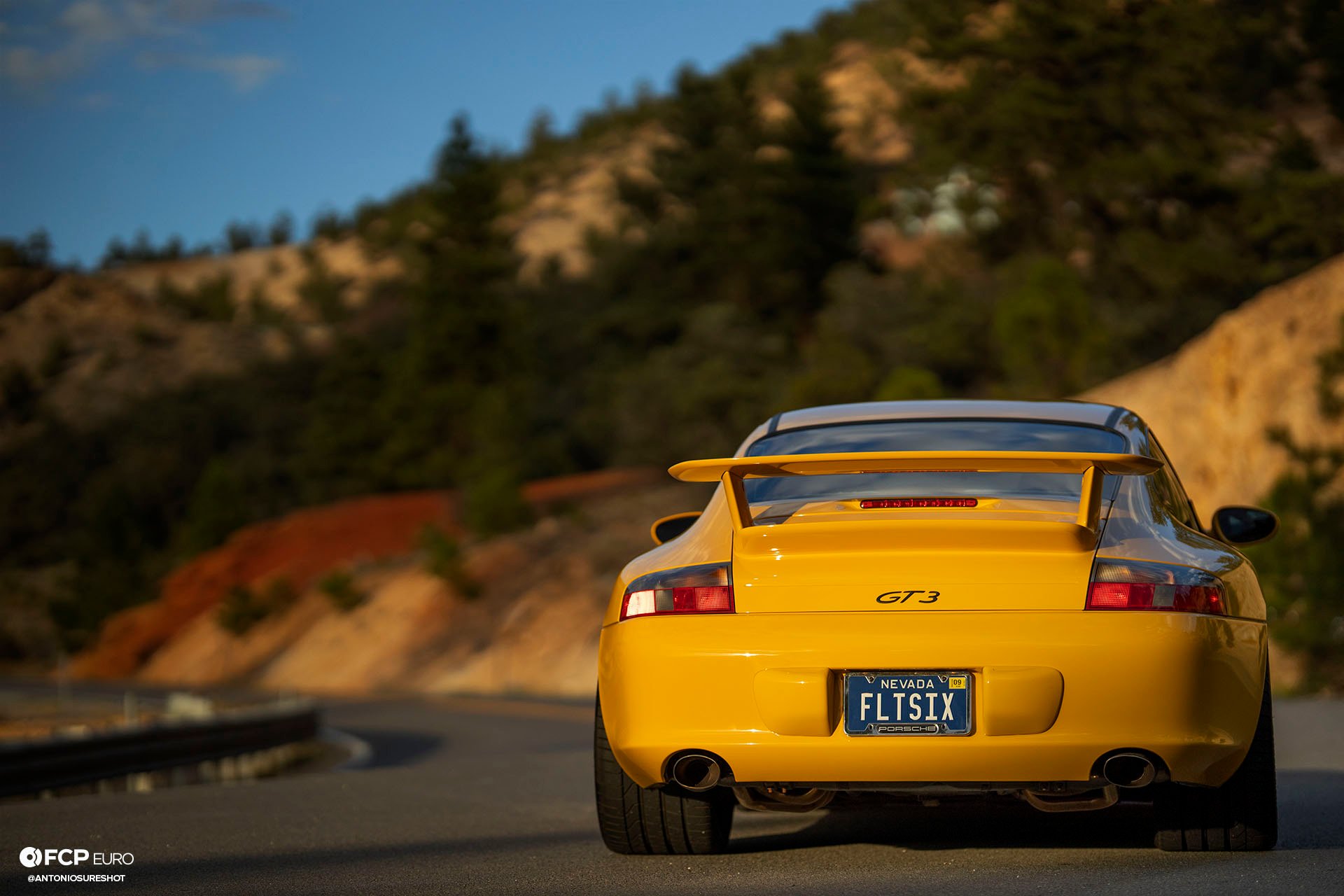 The 996 GT3 even set a seven-minutes, 56-seconds time around the Nurburgring with racing legend Walter Röhrl behind the wheel. This was the fastest, non-turbo car Porsche was producing new in 2004 and you had to spend a lot more money to beat it by any other make.

Today, of course, you can get a car new for the price of this car used that will set a lap under 7:20 around the ‘Ring. A lot has changed in the 15 years since it was produced. Engines have gotten smaller but produce more power and get better mileage, suspensions can change their damping rates in milliseconds and can even be set by GPS. Tires have gotten stickier without a substantial reduction in wear life or wet/cold conditions. Traction control even now makes you look like a drifting god. New materials, new metals–there are so many things that have transformed and made cars better. At least by the numbers. 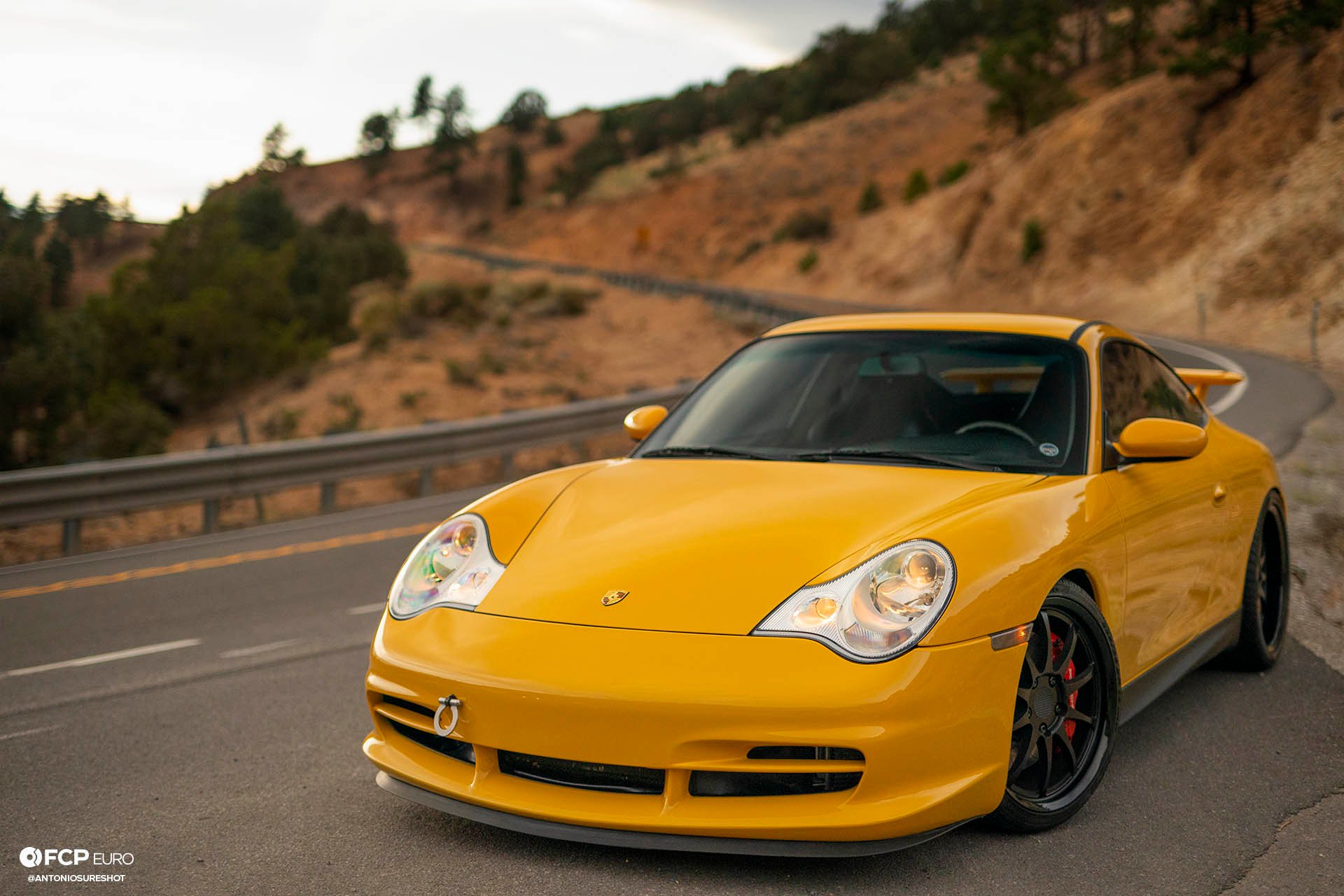 It can be argued that, while cars have gotten better and safer, a little something was lost along the way. Cars like the 996.2 GT3 give us clues to what is missing but it boils down to one thing–that same feeling you get when you jump out of an airplane, ride a roller coaster that has a sketchy history, or even get into fist fight.

There's a rush deep down that you get. Sometimes you have a hard time explaining it when it happens, but it's something that many car lovers enjoy. It’s that feeling of primal fear that comes when you drive a car that can kill you if it all goes wrong–but you would still do it without a second thought.

If you enjoyed this 996 GT3, you can find additional Porsche-related content at porsche.fcpeuro.com, as well as more build features like this one, here. If there's anything specific you would like to see, or if you have any questions/comments, leave them in the comments section below.