When you think about Volvo, what are the first words that come to mind? You might think safe, mundane, or maybe even dull. But what if I said that's completely wrong—that Volvos can be high-performance cars and be reliable at the same time? The five cars below represent some of the best ever from Volvo that are fun, affordable, and cheap to maintain. 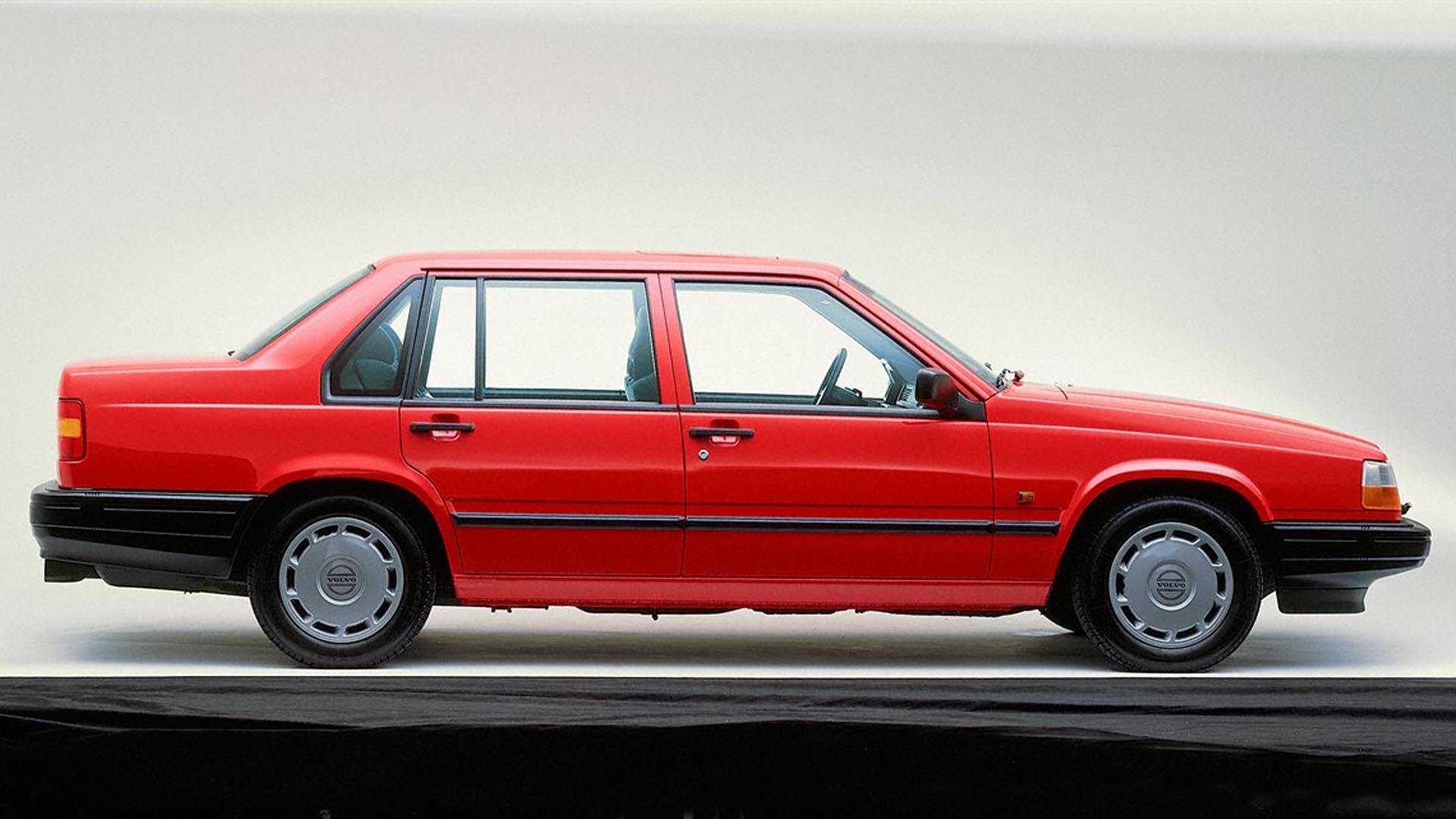 How can we possibly talk about cheap and reliable without starting with the good old Volvo Redblock? High-performance for the time meant with simple mods, these things were faster than the same era Ford Mustang V8s all thanks to the wonder of turbocharging. We’re talking about the turbocharged four-cylinder variants of the Volvo 700 and 900 platform, such as the 740, 760, and 940 turbo models with the B230FT turbocharged, intercooled engine.

From the factory, these models made roughly 162 horsepower and 195 pound-feet of torque. Early models (1985-1988) had small 9mm rods, biodegradable wiring harnesses (known to degrade while still in the car), LH2.2 fuel injection, and Garrett turbochargers. After 1989, Volvo upgraded to stronger 13mm rods, a wiring harness that doesn’t turn to dust, and in 1990 the fuel injection was upgraded to LH2.4. After 1991, most models included a G80 locker differential and Mitsubishi 13c turbochargers. 1993 and later engines came with the addition of piston oil squirters and a few other updates, making these some of the strongest B230FTs available.

Unlike the engine, the manual transmission isn’t known for being very strong. Only found on 740 and early 760 turbos, the M46 4-speed with electronic overdrive is quite weak and can’t take much abuse or additional horsepower. The AW71 automatic transmission is much stronger and can handle the addition of power—my choice all day every day would be the automatic.

When it comes to mods, there’s not a whole lot in the way of aftermarket support for these cars, but there are small tricks to modding them. For starters, a set of good shocks and larger sway bars really tighten up the handing. That’s about all the suspension needs.

Getting into the power side of things, when stock, they ran about 7 psi of boost, yet they are happy to be cranked up to about 15 psi. You can do this with just a manual boost controller, which significantly increases power and acceleration. If you want to take it one step further, you can even swap the 13c turbocharger for a 15g found on the 850 T5. Larger fuel injectors from a ford mustang SVO and an intercooler from an Isuzu NPR truck all drop in to further support the upgrades. A higher lift camshaft from earlier naturally aspirated Volvos (A cam) also help bring power up. 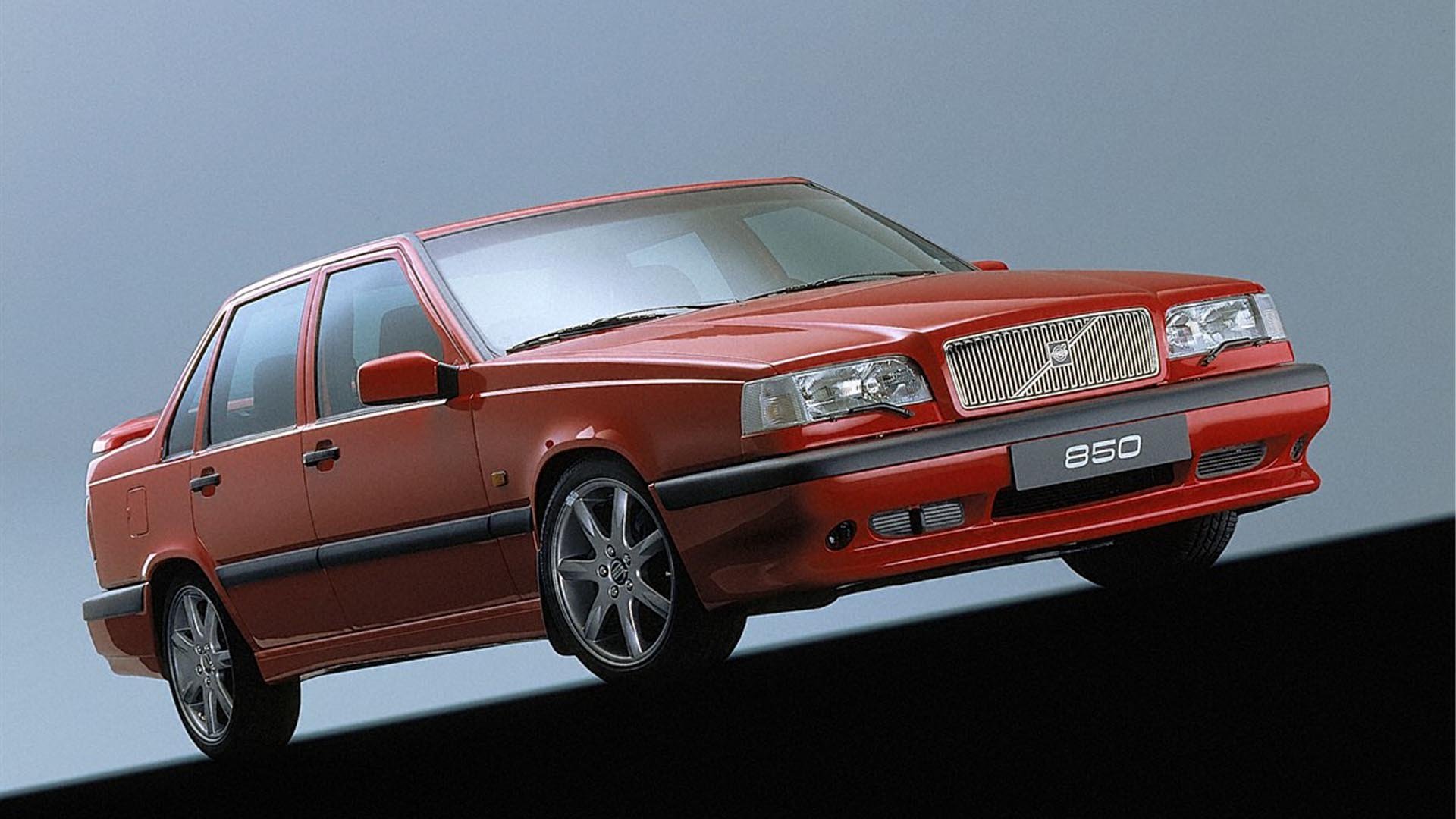 The Volvo 850 was still classic boxy Volvo but took a step forward in terms of modern performance and creature comforts. Now you might be thinking of the infamous 850R to be on this list, but actually, we are talking about the T5.

The 850 T5 and 850R shared most of everything, including the 2.3-liter 5 cylinder turbocharged white block engine. There were a few mechanical differences between the two (ECU Tune, Suspension) and some cosmetic changes (front bumper, wheels, interior trim), most of which can easily be swapped over or upgraded. Instead of swinging for the R, the T5 might be a better option because they are easier to find and much cheaper upfront. Upgrading to the 19T turbocharger, adding a do88 intercooler, reverse intercooler piping, and an aftermarket or custom exhaust with a tune, can transform this car into a very capable performance machine.

These cars also have a unique rear suspension design known as the delta link. The delta link rear suspension allows for a small amount of passive rear steering, allowing the car to turn in more sharply. On the downside, though, these delta link bushings can wear out and cause for a wonky feeling rear end, so check these and replace if needed. Otherwise, the 850/S70s can be great handling cars.

In 1998, Volvo replaced the 850 with the S70 (for sedan) and V70 (for the station wagon). These cars are essentially the same as the 850, aside from some minor front and rear cosmetic changes and an interior redesign. One thing to note, while the 850 Turbo models could only be had with an automatic transmission (In the US), these can be found with the rare 5-speed manual.

1998 is the last model year you want to own any of these, however. After 1998 you lost the old school cable-actuated throttle, and the engine management system was completely revised. These things make cars after 1998 a bit more temperamental than those that came before. 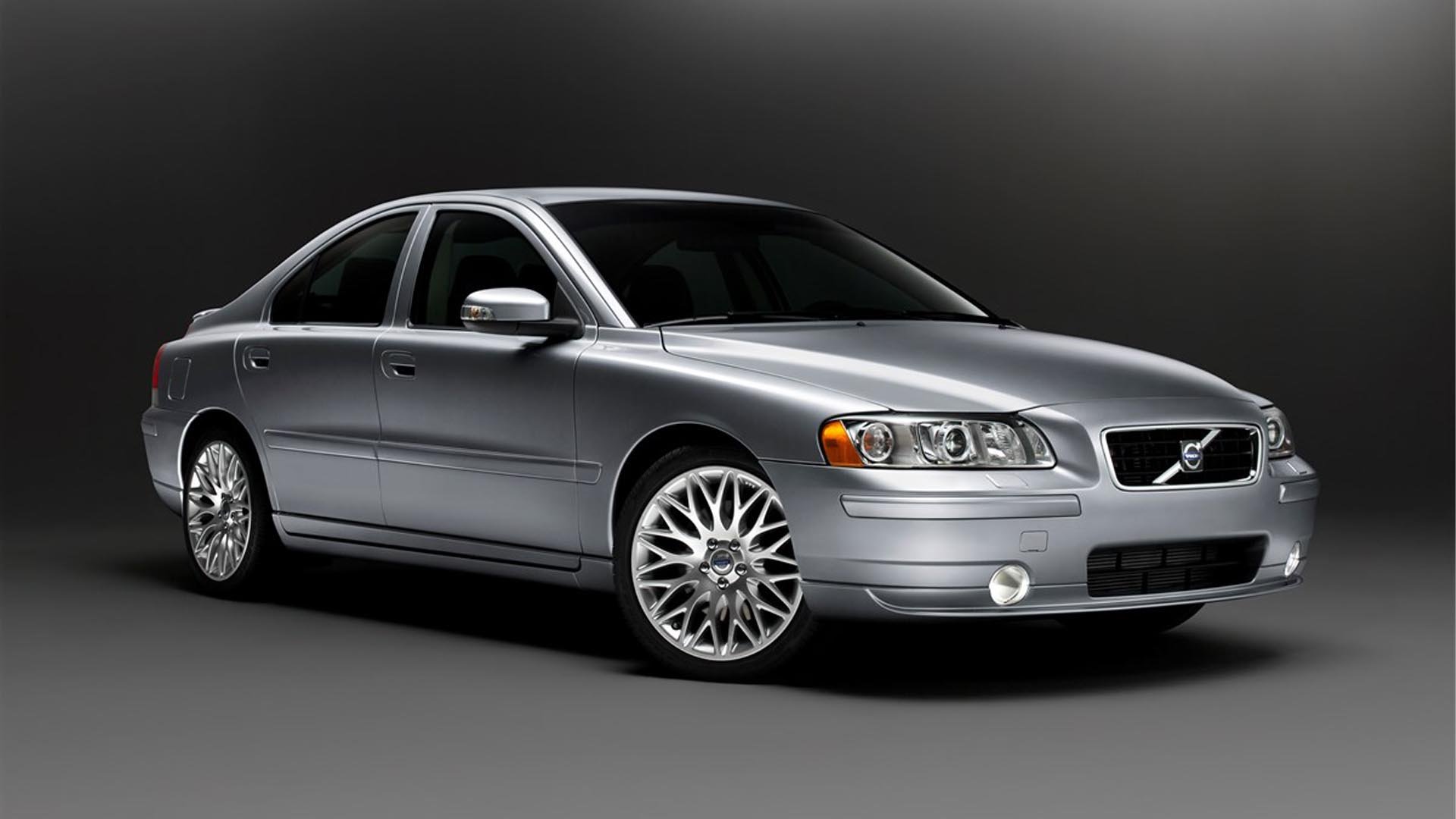 On the much more modern P2 platform, the 2006-2009 S60 T5 is a fantastic performance Volvo and has one of if not the most desirable white block engines—the B5244T5. This engine is nearly identical to the S60R/V70R B52544T4, with the exception of having an 81mm bore instead of the 83mm bore on the R cars. This makes it much less prone to cracked blocks that the R cars are oh so common for. In fact, many R owners swap this T5 engine in their R after they experience a cracked block, as well as for added strength if they want to run more boost.

The S60 T5 doesn’t have the complexity of an AWD system or 4C suspension that are found in the Rs. Not only does this make the T5 lighter but also much less complex, more reliable, and more affordable. When you add this to the fact that you’re not paying the R tax on your initial purchase, it makes this car incredibly cheap overall.

The S60 T5 takes very well to performance mods, and there’s a decent amount of aftermarket support available. If you’re the type of person who likes to modify your car, the S60 is the choice over the R variant. 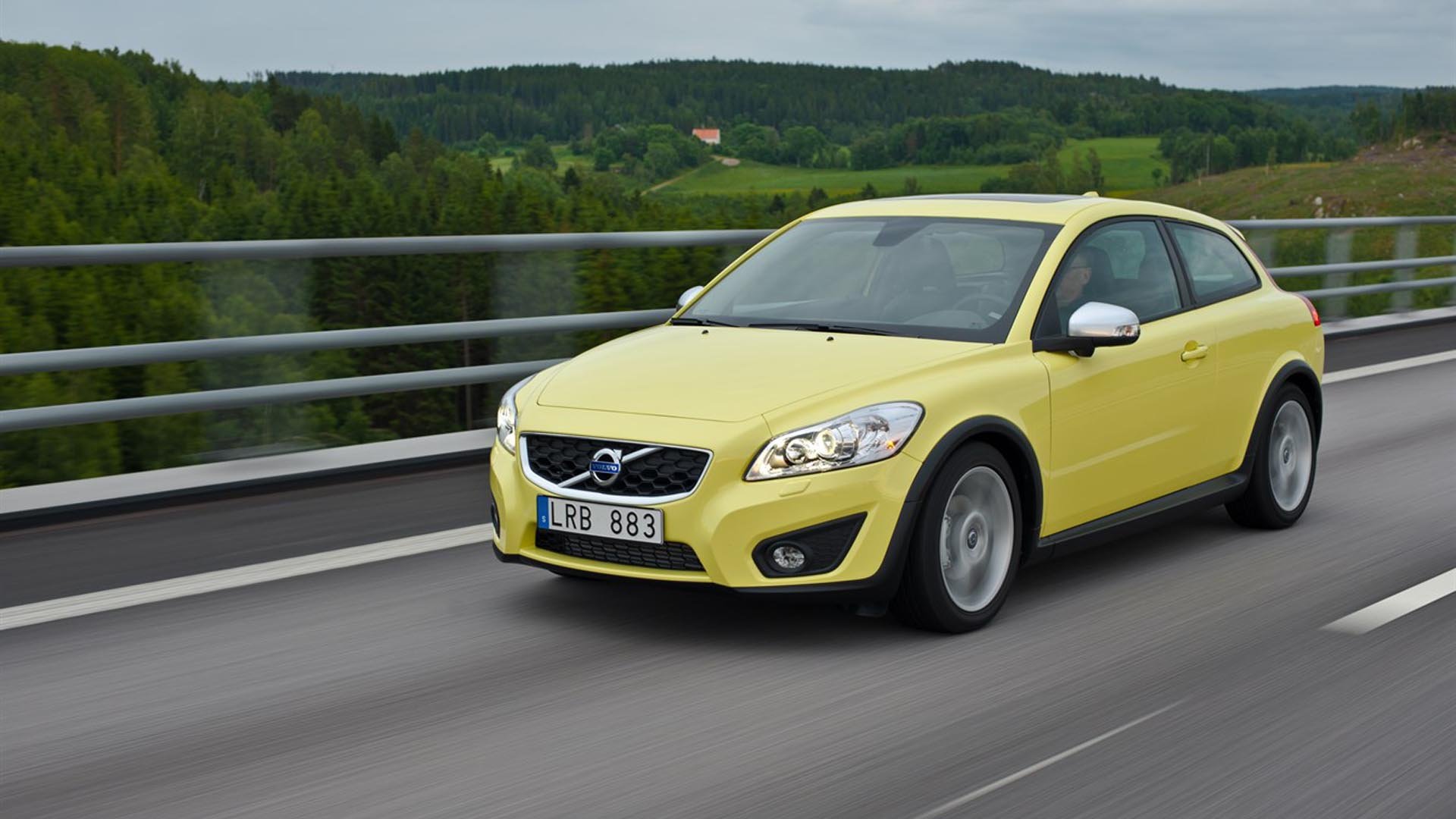 The C30 is a very different car for Volvo, but that’s also what makes it special and unique. If you’re not familiar with Volvo’s history, the body is reminiscent of the original P1800es. It’s built upon the Ford P1 platform, the platform that the Mazda Speed 3 and Ford Focus are both built on. This makes for a tremendous amount of aftermarket support available thanks to cross-compatibility of the whole suspension, brakes, and running gear.

These can be found with M66 6-speed transmission, front-wheel-drive, and the wonderful turbocharged 5 pot that was essentially the same engine used in the European Ford Focus RS. That also means even more aftermarket support. Factory turbochargers were Ko4ss but can be easily swapped to K16s from the European Ford Focus RS. Adding on the associated bolt-ons can result in a car with 300+ wheel-horsepower very easily.

Since the C30 shares the same platform with the S40 and V50 that both came with the M66 6-Speed manual and AWD, you can technically convert the C30 to AWD by using easily sourced parts from the S40 and V50—essentially creating the Polestar prototype demo car. Although, this isn’t necessary in the slightest as these cars can easily be set up to handle well with coilovers and an LSD.

The C30 didn’t change much throughout their run. Early cars came in version 1 and version 2; the long and short of version 2 is that it had a more sporty body kit. In 2010, all cars underwent a facelift, but again, there were no mechanical changes between these. R design models shipped with a slightly sportier suspension, the same body kit as version 2 cars, and some interior changes such as the steering wheel and shifter. It’s also reported that R design models had a slightly stiffer steering column for more precise steering. Though, you would be hard-pressed to notice that.

If you’re shopping for a C30, your best bet is to find the cleanest/best-maintained C30 in your price range rather than forking up the extra cash for an R design model. 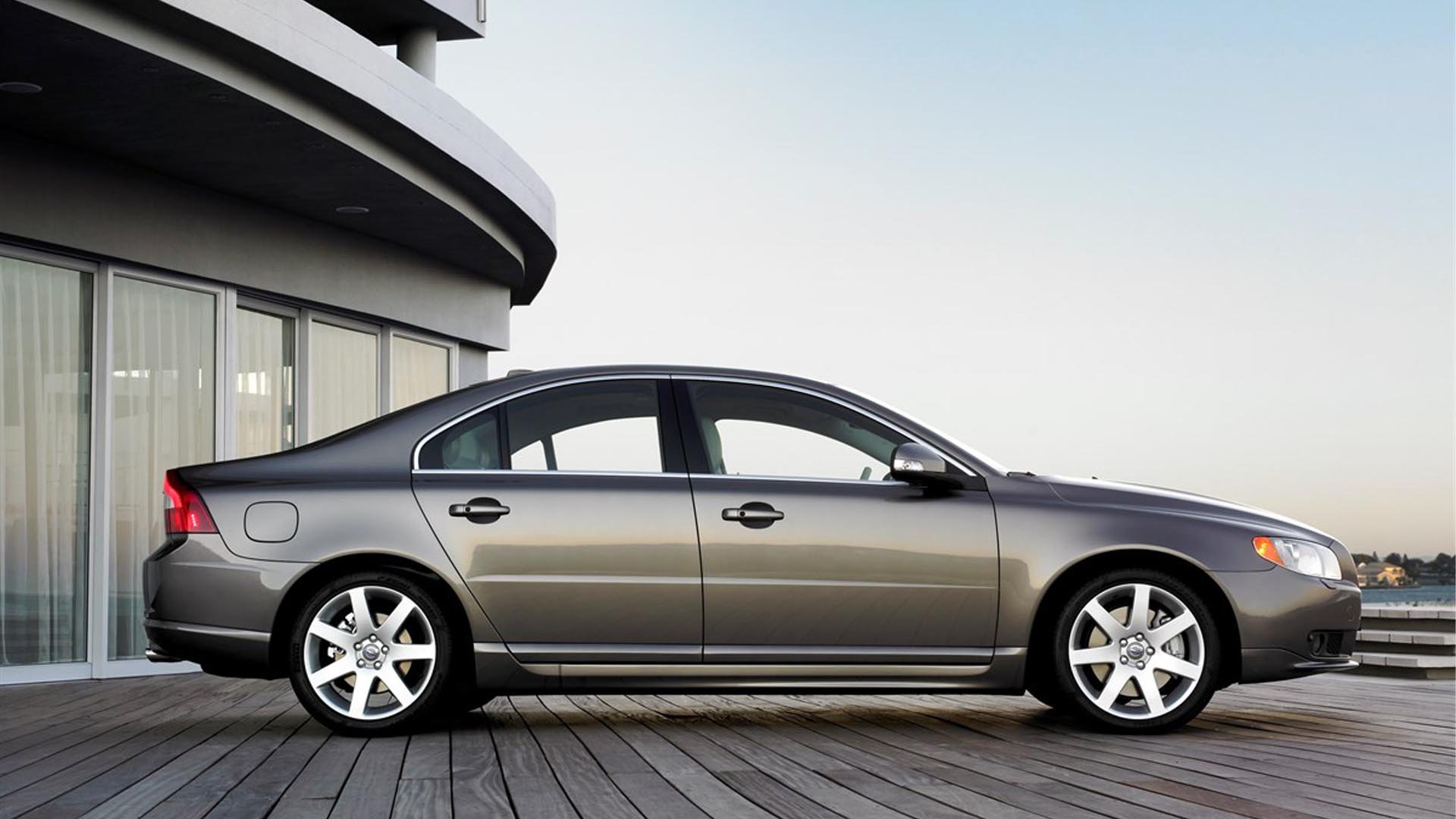 When we say sporty, you probably don’t think of an SUV or luxury/executive sedan, but the S80 and XC90 V8’s have an absolutely glorious Yamaha-designed engine under the hood that more than makes up for it. The sound that this engine makes alone is worth picking one of these cars up; it is rev-happy, powerful, and quite entertaining to drive, just don’t forget to uncork the exhaust.

The B8444S is a 4.4-liter V8 with a unique 60-degree engine split that allows it to be packaged tightly in a transverse layout. This engine was actually the base engine that was used in the Noble M600 supercar. When shopping, hold out for a well-maintained example because the V8 can be a bit costly to repair if not properly maintained. One of the most well-known issues to look out for is balance shaft failure due to people hosing down their engines with water when detailing the engine bay. Otherwise, these engines can go for hundreds of thousands of miles without issues.

Both the XC90 and the S80 are understated, often overlooked, luxury cruisers. Looking to haul the kids and dog? The XC90 is for you. Do you just want a stylish sedan that blends in among the crowd? The S80 is exactly that. The interiors of both are the ideal places to be on a long commute as Volvo is known for having the best seats in the business. Though, the seats will always take the back seat to that screaming V8.

Do you agree with these choices? Are there better Volvos for the money? Leave your picks in the comments below. And, if you'd like to read more Volvo stories and DIYs, visit our Volvo hub at volvo.fcpeuro.com.