While the BMW N54 found in cars like the BMW E90 is one of the most capable, sought-after engines in the marketplace, they’re not without their faults. Here’s a complete guide on why they’re so popular, what to look for when buying one, and what could go wrong in the future.

When you think of robust straight-six engines that have the potential to make a lot of power, what do you think of? The Toyota 2JZ and the Nissan RB26DETT might be what first comes to mind. Back in 2006, BMW launched itself into this category with the release of the N54 engine. Found in numerous BMWs for over a decade, the N54 has become one of the most popular engines that BMW has ever produced.

The N54 is a twin-turbocharged, direct injection engine, and from the factory, it made 300HP/300TQ at only 8PSI. With a simple ECU flash/tune, you can make around 380HP and around 400lb-ft of torque. Since this motor shipped with forged internals, a few mods can reveal insane power. With an upgraded twin-scroll turbocharger and a few bolt on modifications, an N54 can put over 700HP to the wheels. Check out Chad Rose's driveway-built 335xi that should be running in the 10's this season for a good example of this.

Almost all of the common issues related to the N54 aren't due to the actual engine itself; instead, they're almost always focused on the accessories. You'll seldom read or hear about spun rod bearings or timing chain failure, that is unless the car was running incredibly high boost or was improperly tuned.

This guide is drawn from both personal experience and two years of extensive research. All the info here can be applied to the following N54-equipped vehicles: 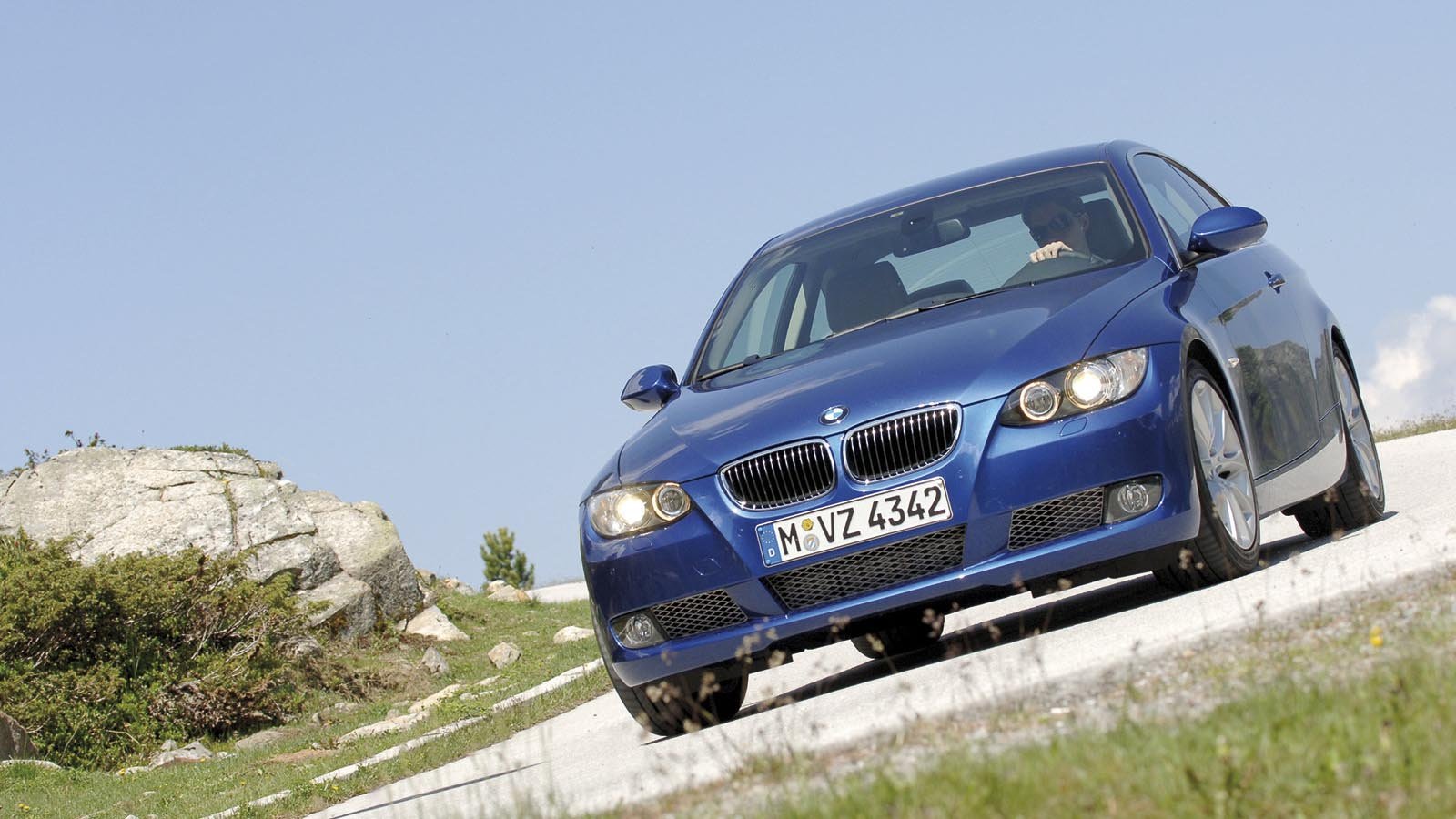 The BMW N54 uses an electric water pump instead of the typical chain or belt-driven mechanical water pump. The electric water pump has a lot of benefits over the mechanical variant. It warms the car up faster in the cold winter months. It keeps running after the engine is off to cool down the turbos after a spirited drive. Also, because the engine isn't running the water pump, it ever so slightly takes stress and load off the engine making it more fuel efficient and powerful.

How long does a BMW N54 electric water pump last?

This is a prevalent issue, but it’s not just N54 specific. Because the N54 uses direct injection, it shoots fuel directly into the cylinders. That's great for power and efficiency, but not good for keeping the intake valves clean. On multi-port injected cars, gasoline is constantly shooting on the intake valves. Gasoline is an excellent solvent, so it keeps the intake valves clean. Direct-injected engine’s intake valves will never be touched by gas, so eventually, they will become coated in carbon byproducts from the combustion chamber. Carbon build up on the intake valves can cause throttle lag, loss of power, lessened fuel economy, misfiring under load, and even valve-train noise. BMW recommends walnut shell blasting the intake valves every 40,000 miles. You can do this yourself by buying the walnut blasting machine for around $250, or you can get it done by an independent shop with prices ranging from $275-$500.

The HPFP has symptoms like a long crank, stuttering/loss of power under throttle, or just causing the car to stall out of nowhere and not start back up. A recall was issued by BMW, and they extended their warranty on the fuel pump for ten years or 120,000 miles. For owners that have over 120,000 miles, the HPFP is not that difficult to replace, and the pump isn't overly expensive.

Injectors are one of the more common failure items. They've had over ten revisions, but are still known to fail. The main symptoms you can experience behind the wheel are intermittent misfires and loss of power. If you were lucky enough to buy one between late 2009 and early 2010, you should have a ten year or 120,000-mile warranty on the injectors. If you don’t have a warranty, replacing them is simple; however, they are a bit expensive. We recommend a non-genuine component, which provides the same functionality and reliability as the genuine components, just without the price.

The oil filter housing gasket is a known gasket that can leak on the N54 powered cars. It can leak internally causing your oil and coolant to mix, or it can leak externally causing oil to drip/spray onto the drive belt components.

Ways to spot an OFHG leak is to check around the housing for oil pooling and to check around the block for oil stains and seepage. The gasket itself is cheap and isn't too tough of a job if you're familiar with working on cars. If you have a leak from here, this is one gasket I'd recommend replacing immediately. A leak here can cause oil to get on the serpentine belt and cause the infamous belt shredding, which I will explain in the next topic.

When the N54 shreds a belt, you're going to have a bad time. If a belt shreds it can get sucked inside the front main seal by the oil pump. There have been stories of belts getting sucked all the way into oil pickup, causing the timing chain to break, resulting in catastrophic engine failure. There are two ways that this can happen. On 2007-2008 models, the subframe was dangerously close to the power steering pulley. Over time, as the motor mounts wore, the engine would have excessive play during hard cornering or acceleration leading to the power steering pulley hitting the subframe causing the belt to shred. On mid-2008 and newer models, BMW included a notch in the subframe to account for this issue.

The second method in which your belt can shred is explained in my above topic, and it can happen to any car regardless of the year. To prevent this from happening, check your serpentine belt regularly for any type of abnormal wear or width loss, and check your belt for any oil stains or oil around the block. Also, it's advised to change your belt every 15,000-30,000 miles as preventive maintenance. The belt is easy to replace if you have the right tools.

If you have an early build model, you can upgrade your motor mount to the 335is version. With the mounts being stiffer, the engine has far less movement under hard driving situations.

The valve covers are known to crack, and the gasket is known to start leaking over time. Some have been known to fail as early as 25,000 miles (mine failed at 27,000). The most common symptom is the smell of burning oil from the exhaust. Also, when you pull your coils, you will see oil pooling in the spark plug holes. The easiest way to tell if the valve cover is cracked is to check around cylinder #2 and #3 for oil seepage, or you might even be able to spot a crack visually. Luckily, this is a pretty simple repair to do. 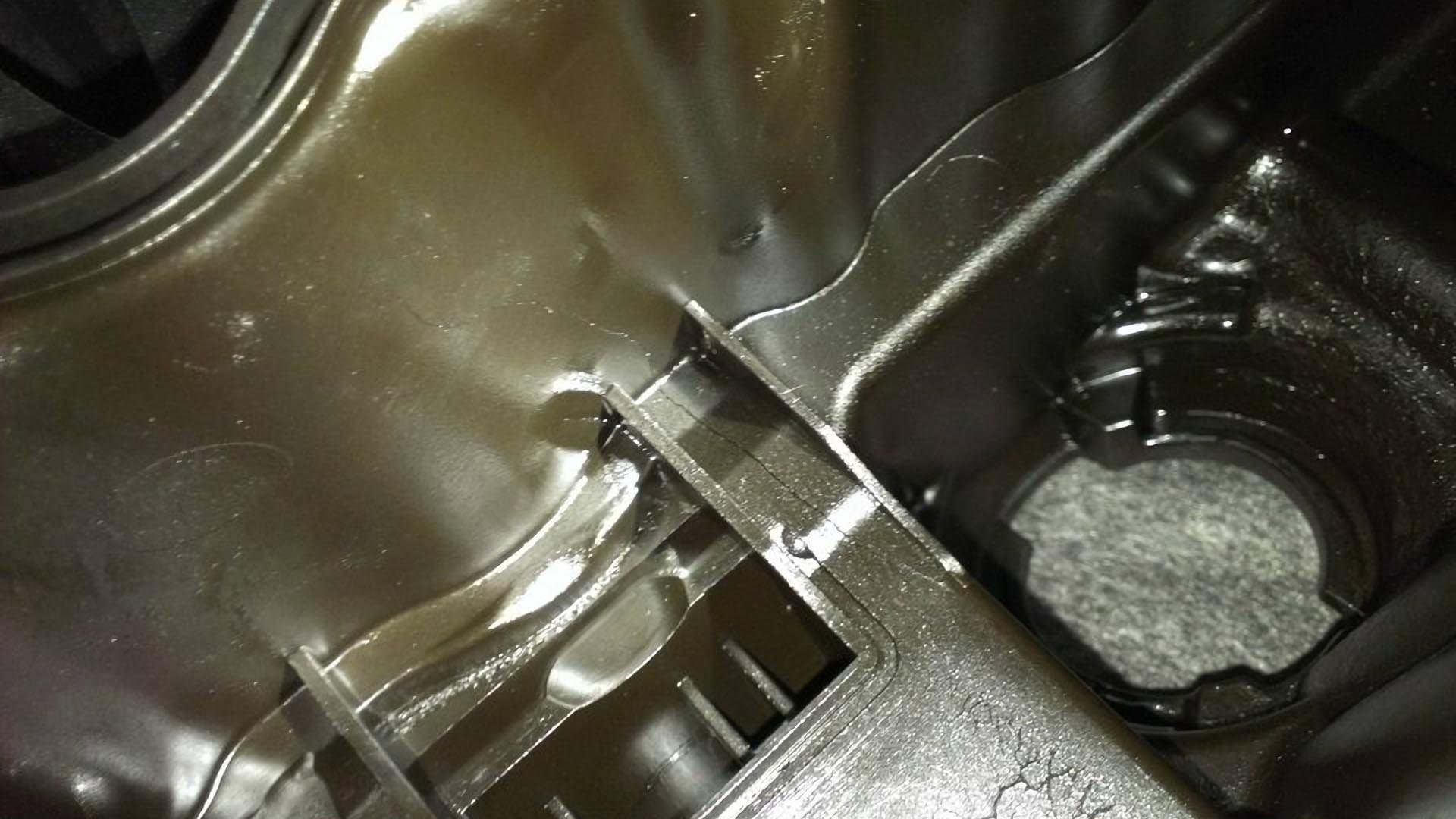 This is the one to look out for, and the one I’m not looking forward to doing when that time comes. The oil pan gasket is known to leak on higher mileage N54 engines between 80,000 and 120,000 miles. For most cars its a simple job, but not on the N54 engine. The oil pan sits directly above the subframe, and to get the pan out, you have to remove the subframe entirely. This job isn't difficult, it's just time-consuming. If your oil pan starts leaking, I’d recommend doing some other maintenance and/or modifications at the same time such as water pump/thermostat, or turbo upgrade and replacement.

The turbos on the N54 are good for what they are, and they are under-boosted from the factory. With the stock tune, they are only putting out 8psi. They can reliably run 15psi without issue, and some people are running 23psi with just fueling modifications. However, they do have some weak points.

Over time, the wastegate arms tend to get loose and rattle. This can cause a rattling noise when lifting off the throttle, a 30FF boost-leak code, and eventually cause the turbos not to create boost at all. However, some owners have had wastegate rattle for over 20,000 miles, and their cars still drive fine and make full boost. Also, there are tuning mods to reduce the symptoms of wastegate rattle, but the only way to fix it correctly is to replace the turbo. BMW did issue an eight-year, 82,000-mile warranty for wastegate rattle.

Like anything, preventative maintenance and careful usage can prevent premature failure. In the case of the BMW N54, this is:

One good thing is that turbo replacement and rebuilding is becoming less expensive than it was just a few years ago. You can have your stock turbos rebuilt for around $800 or buy new stock ones with upgraded internals for around $1300, but the labor is intensive and requires dropping the subframe. I’d recommend if you're doing a turbo replacement to replace the oil pan gasket, water pump, and thermostat while you're there.

Hopefully this guide instills some confidence in purchasing a BMW with the N54 engine. A few of the common points of contention are warranted, however, almost every single issue is easily addressable in your garage at home. If there's anything that you'd like to see added to this guide, or if you have any questions, leave them in the comments below. And, if you'd like to see and read more, check back here often and make sure to subscribe to our YouTube channel.