The Pros And Cons of Cold Air Intakes 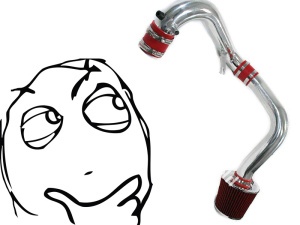 With the constant urge to make our vehicles faster, we sometimes go extreme lengths to modify our cars. Considering that everyone doesn’t have stacks of cash to spend on car mods, most of us will start at the basics, more often than not starting with a cold air intake. It's one of the cheaper modifications available and usually the easiest to install on Euro vehicles. Is there a benefit to be achieved?

Before installing a cold air intake (CAI) you need to look at what you’re trying to accomplish, and assess the current state of your vehicle. A lot of people make the mistake of thinking that a CAI kit will drastically change the performance of their vehicle, and forget that the manufacturer of that CAI kit tested it in what they deemed “Ideal Conditions”.  Just because the box says it will give you a 10% increase in power doesn’t mean it is achievable with your given setup. Be weary of companies who claim, “you’ll get a huge gain of 10-20HP!” You can end up spending good money on a kit only to be severely let down.

Be smart when choosing a CAI kit

There are many benefits to installing a Cold Air Intake, including the opportunity for horsepower and torque gains. CAIs work in combination with other mods such as tuning software, high flow exhaust systems, and forced Induction systems to create more power than they would if they were a standalone modification. 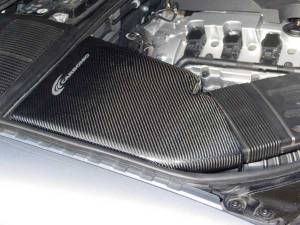 B6 Audi A4 Carbonio Intake

The whole idea behind a CAI is to replace the stock filter element and box with a high flow conical filter and implement smoother, more direct intake piping to achieve more air. By staging the filter in a location that is protected from engine heat, (like behind the front bumper) it will pull in colder air. This mixture of colder/denser air gives the motor the ability to create more power. Many kits will keep the filter in the engine bay relatively close to the stock location - ensure that it comes with a metal heat shield.  Owners often make the mistake of installing a conical filter but not giving it some sort of shroud for protection against the engine heat, counteracting the whole idea of a cold air intake.

There are several ways to be smart when choosing a CAI kit or sourcing out parts to build your own. We all have good intentions when we try to improve our cars, but often forget that engineers at BMW, Audi, and Mercedes spent a lot of time developing already efficient intake systems like on the E36 BMW M3. When choosing a kit, be sure that it is specify to your year, make, and model. A cheap universal kit isn’t worth cobbling into your well-engineered vehicle.

No doubt many people have installed a CAI onto their otherwise stock vehicle and loved the increase in intake noise, but didn’t exactly feel any difference from the driver’s seat. Or perhaps, the car started running rougher or slower. While it’s different for every car, there are a couple things that can cause potential problems when using an aftermarket intake.

The computer still thinks the stock air box is installed

The MAF only takes a reading from a small amount of incoming air. From that statistic the engine management system can calculate how much air is entering the inlet because it knows the inner diameter of the MAF sensor housing. If the inner diameter of the housing is altered in any way, the computer's measurement will be wrong. (More or less air will actually be going through it than is measured) This is critical considering the computer determines how much fuel to use and the engine's spark timing based on the value of air. When it gets this wrong it can cause the engine to run richer or leaner. Aftermarket intake tubes are generally a different diameter than the MAF housing, and in some cases people will see an increase of power from an aftermarket intake. But this is not because the aftermarket system is better than stock. Due to the larger intake tube more air is getting past the MAF that it isn’t measuring, resulting in a leaner air/fuel mixture. The problem is the increased tube size is allowing more air to get in, but the computer still thinks the stock air box is installed. 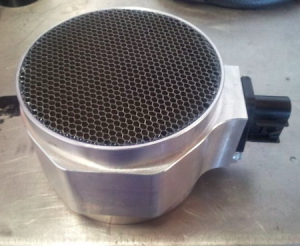 For the mass air flow sensor to work, it needs air to flow smoothly past it so it can get an accurate measurement. When there is turbulence it causes an error between the amount of air measured vs. the amount of air that went into the engine. When this occurs the engine management system will try to compensate by running richer or leaner for as long as the turbulence occurs. Characteristics of turbulence are hesitation or flat-line in the power delivery. Turbulence can be difficult to smoothen out - make sure the MAF isn’t close to any joints, welds, or bends in the intake pipe, and retains the stock honeycomb element if equipped. If the filter you’re using has a large radius going from the filter material to the intake pipe, this can help with decreasing turbulence as well.

Software upgrades will ultimately ensure that your car doesn’t have any problems accepting a CAI kit. The stock software does not know the difference between the CAI and the stock unit and needs to be recalibrated for the new air flow and larger MAF housing if equipped. The best solution would be to get a kit that comes with tuning software calibrated to utilize these gains.

As with anything, make sure you put time and care when deciding what modifications to do to your car. It’s your investment, do what's going to make it the most profitable.