Since writing this article back in 2018 my Volvo V70R has been fully built and I can say with absolute certainty I made the right decision. The car is just incredible. In terms of modifications, we shimmed the block to ensure no cylinder wall cracks would occur. Along with that, we added more power via a k24/26 hybrid turbo, installed the big front mount intercooler and intake (linked below), installed a ported and resurfaced head, and tuned it to achieve 363 wheel horsepower and 343 wheel lb/ft of torque. Depending on the dyno you go to, that should be good for around 430-450 horsepower at the crank.

I'm extremely happy with the results and it has reinforced my original thinking in the article below. The Volvo V70R is absolutely a better performance project car than an E46 BMW M3. Sure, the M3 is a better car when comparing stock for stock, but a well sorted, stock, no fault E46 will now run your north of $25,000. Volvo V70Rs, while on the rise in price, can still be obtained in good condition for less than $8,000. And if you sink $10,000 into it, you'll be walking E46s all day long. Especially if you do all the work yourself to utilize that budget to its fullest potential.

If you're looking to purchase your first go-fast project car, there is one candidate that repeatedly comes to mind—an E46 M3. Widely regarded as the last "true" M3, the combination of the chassis, engine, and price point make it one of the most sought-after performance cars on the market today. I'm here to tell you it's overrated, and there's something better. 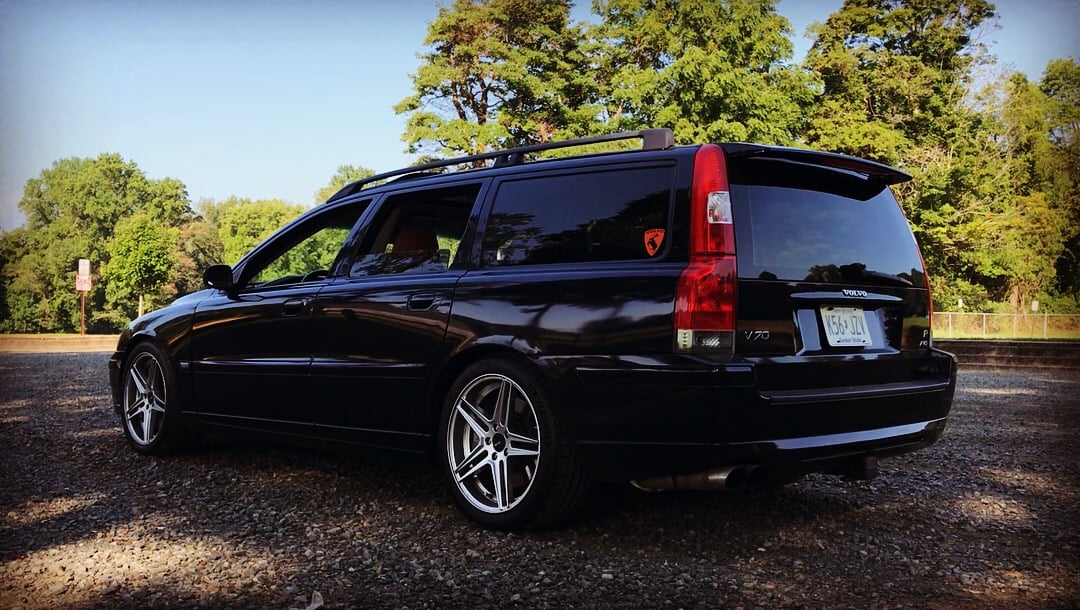 While Volvo is know for being one of the safest overall car brands, they're also known for being sneaky about the way they make their cars perform. In the 90's, they competed in the British Touring Car Championship (BTCC) with an 850 wagon. Yes, the same big brick we all know and love went wheel-to-wheel against sleek sedans from other manufacturers in a major motorsports series. The most surprising part is that they were actually competitive. Volvo knows what they're doing in the performance realm.

The Volvo V70R was the wagon counterpart to the S60 sedan. Both of these cars were a more toned-down, subdued alternative to the raw performance of the E46 M3. Basically, it provides most of the performance benefits of the E46 M3, just with more sound deadening. What many didn't know at the time is that with the right performance parts, not only could the V70R compete with the M3 on a performance level, but surpass it. However, it didn't make sense to mod these back when the car was new, since it cost $45,000. Now though, because of depreciation, the V70R has never been a more relevant and affordable project/tuner car.

There's no doubt that the E46 M3 is one of the best attainable performance cars of all time. It's widely regarded as the last true M3 before the E92 with the big V8 and the new F80 which has done that whole turbo thing. Let's look at it purely from a monetary standpoint.

In August of 2017, I bought my first project car—a 2004 Volvo V70R. With nearly 300hp and 300lb-ft of torque from the factory, it had plenty of power. Yes, it was an automatic and yes, it was "boring" gray with the "boring" blue interior, but I loved it. I picked it up for only $3900 with 124,000 miles on it. Fast forward to February 2018 and I sold that V70R for another 2005 V70R, this one equipped with the hyper-rare Magic Blue body color, beautiful Atacama leather interior, and an M66 manual transmission. I have one goal for this second V70R—to make it a BMW E46 M3-slaying dad-mobile.

In my latest video I outline what you need to do, at a minimum, to build a V70R up to beat a stock E46 M3 in every way imaginable.

My current Volvo V70R was $9500 because of the rare color combo and manual transmission. They were insanely rare in the US (approx. 3400 total models imported from 2004-2007) and this combination is, maybe, a 1 of 30 example ever to exist. But, some of the more common color combinations, like my old gray/blue one, can be found for far less. I paid $3900 for that one. A comparable manual version won't run you more than $5,000 and you're likely to find one even cheaper. Currently, a BMW E46 M3 that isn't a complete basket case of a car will run you no less than $10,00-15,000 depending on mileage and location. We're already $5,000 ahead, at least.

In the video I outlined that you can probably spend around $10,000 building the Volvo up to beat a stock E46 M3. At this point you're about even with a $15,000 M3. However, if you purchase an E46, there's a good chance something will need to be fixed. E46 M3s are notorious for their VANOS issues as well as having the rear main seal go early. The age coupled with the potential baggage a 15-year old, high-performance car brings could lead to far more issues than you wanted. The Volvo on the other hand has a fairly stout inline 5-cylinder turbo that's relatively easy to fix on a budget—if you do the work yourself. 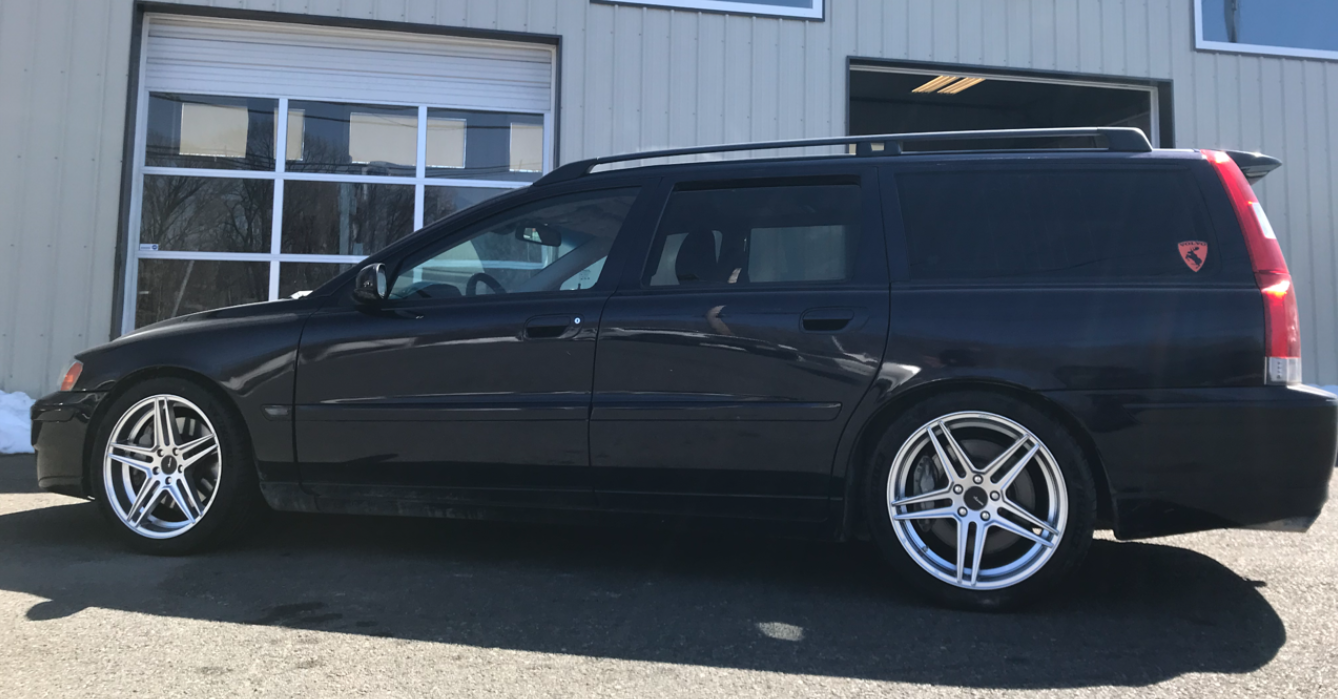 You might be thinking, "How does this guy know anything about an E46 M3? He's only owned Volvos!" My Co-Founder at Shifting Lanes also owned an E46 M3 and we sunk about $5400 into it before selling it at a $4000 loss. And it wasn't even close to being ready to take on the Volvo. It needed lots more work and at that point we cut our losses. Point is, I've been there, done that.

So What's Next For The Volvo V70R?

Aesthetically, my V70R is going through a (near) full restoration of the interior, exterior paint and some body work, the carpets, and the headliner. For performance, I will be installing an intercooler, intake with MAF sensor, and tuning the car to support these mods. I've also done a lot of work to this car already including brakes, spark plugs, ignition coils, and a coilover suspension among so many others. Next week I'll detail everything I've done and show you what you'll need to get a Volvo V70R to 'stage 0' and beyond.

If you liked this and want to read everything we have on Volvo, you can do so by visiting our Volvo hub at volvo.fcpeuro.com. And like always, if you have any questions or comments, be sure to leave them in the comments section below. 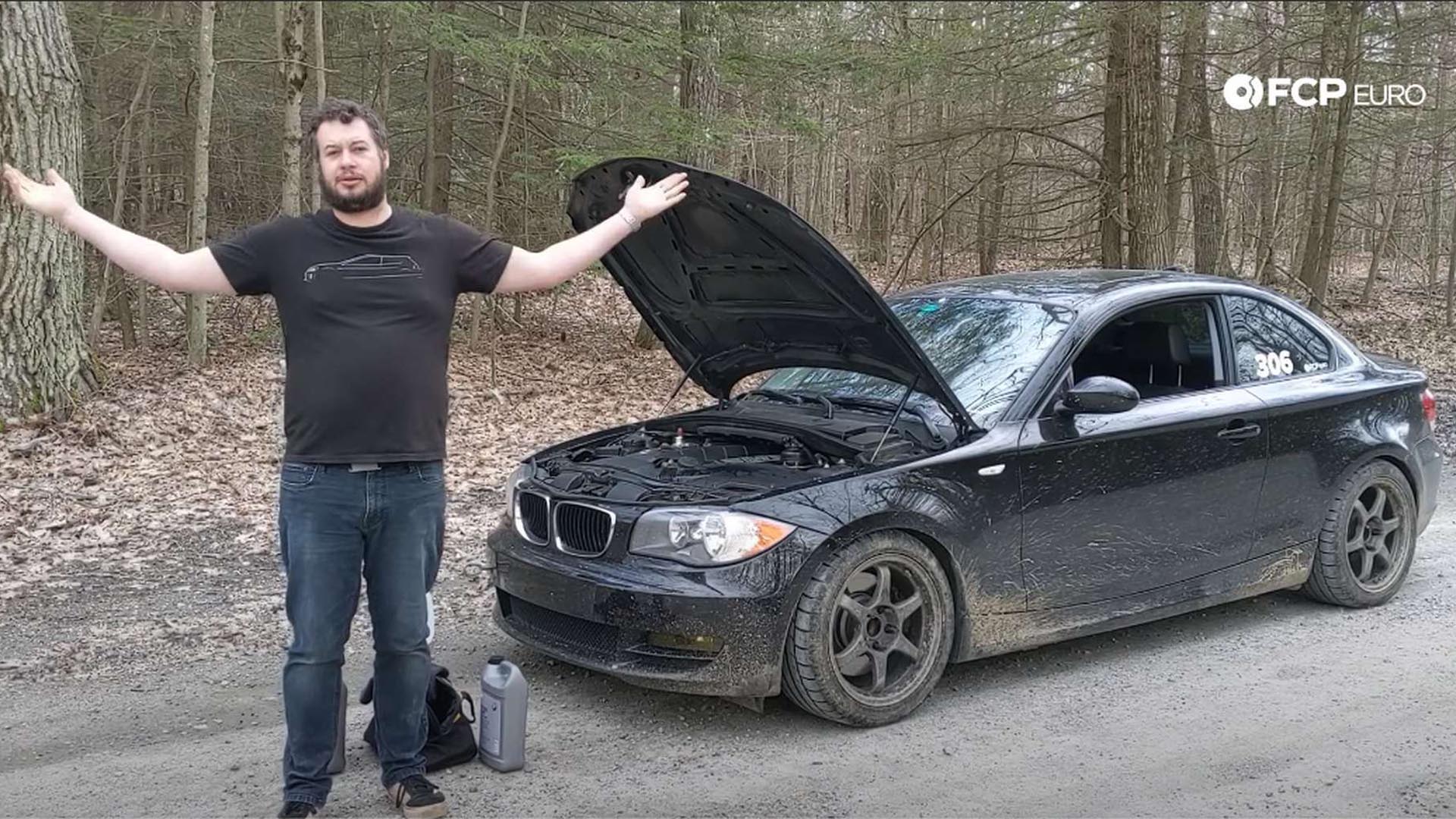 Keeping your engine’s coolant inside of its cooling system is as essential as it seems. Without the coolant, the engine will overheat, leading to a multitude of possible more significant problems.