The Volkswagen Golf Country was VW’s original all-wheel drive CUV and at the time, was exclusive to Europe. So, how did this one end up here and what’s it like owning one? We randomly spotted a Golf Country at night in a parking lot in San Diego, so we had to take a closer look.

The VW Golf Country was a collaboration between VW and Steyr-Daimler-Puch and was based on the Golf Syncro model, another all-wheel drive (AWD) MKII Golf made by that partnership. Powertrain-wise, nothing was different between them, but the Country was made to ride higher. It was also built to be more off-road worthy and had parts like brush bars, skid plates, and a hatch-mounted spare all installed from the Austrian factory it was built in. 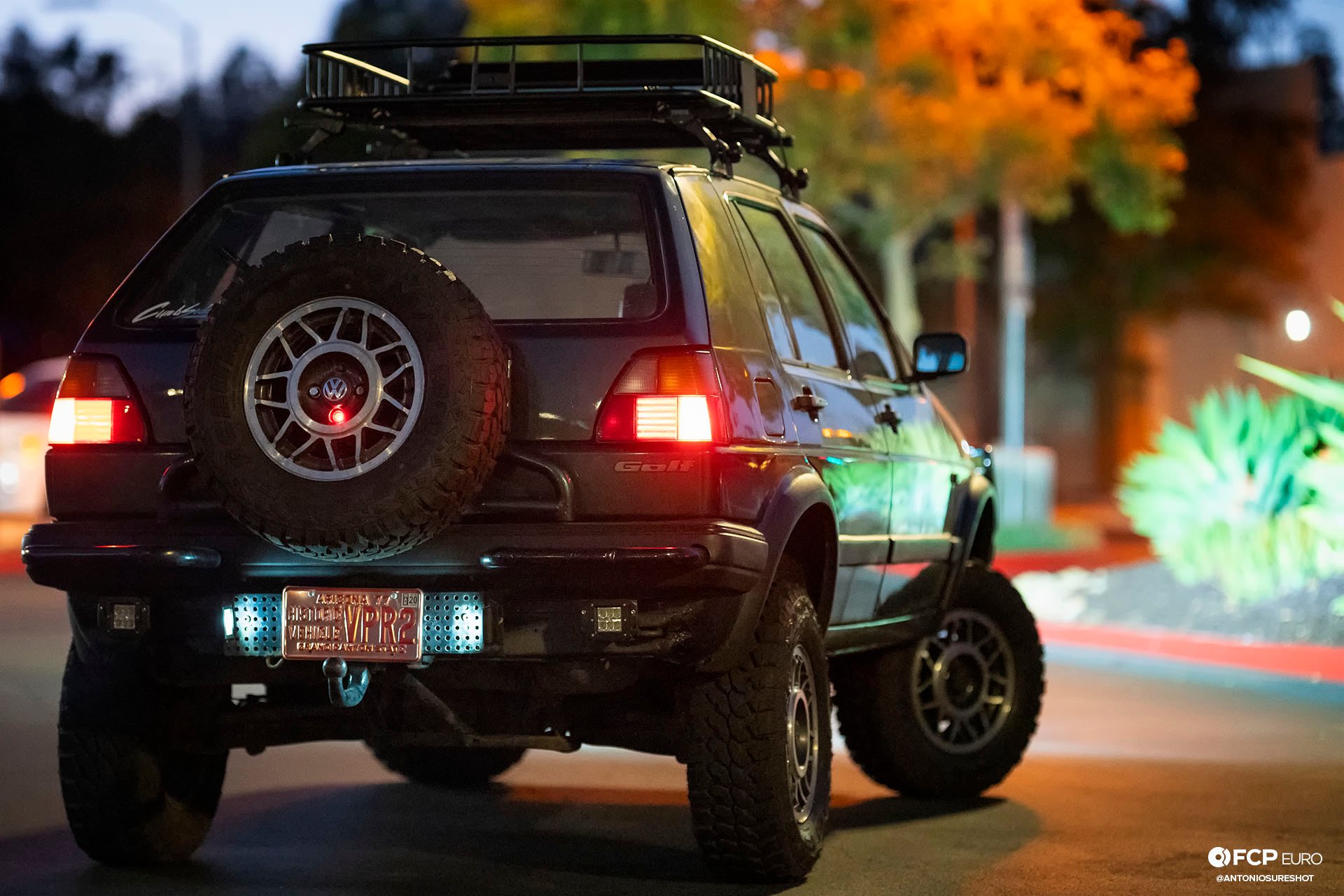 The Synchro was already a rare car because it cost more than a standard, front-wheel drive (FWD) Golf. It also had less cargo room in the hatch as it needed the floor raised up to fit the rear differential and its center tunnel was modified to fit the prop shaft from the FWD-based transfer case.

The Golf Country was even more rare with less than 10,000 made and none of either car made their way across the Atlantic for sale in the United States. So, how did Karol Kowal get his hands on one? 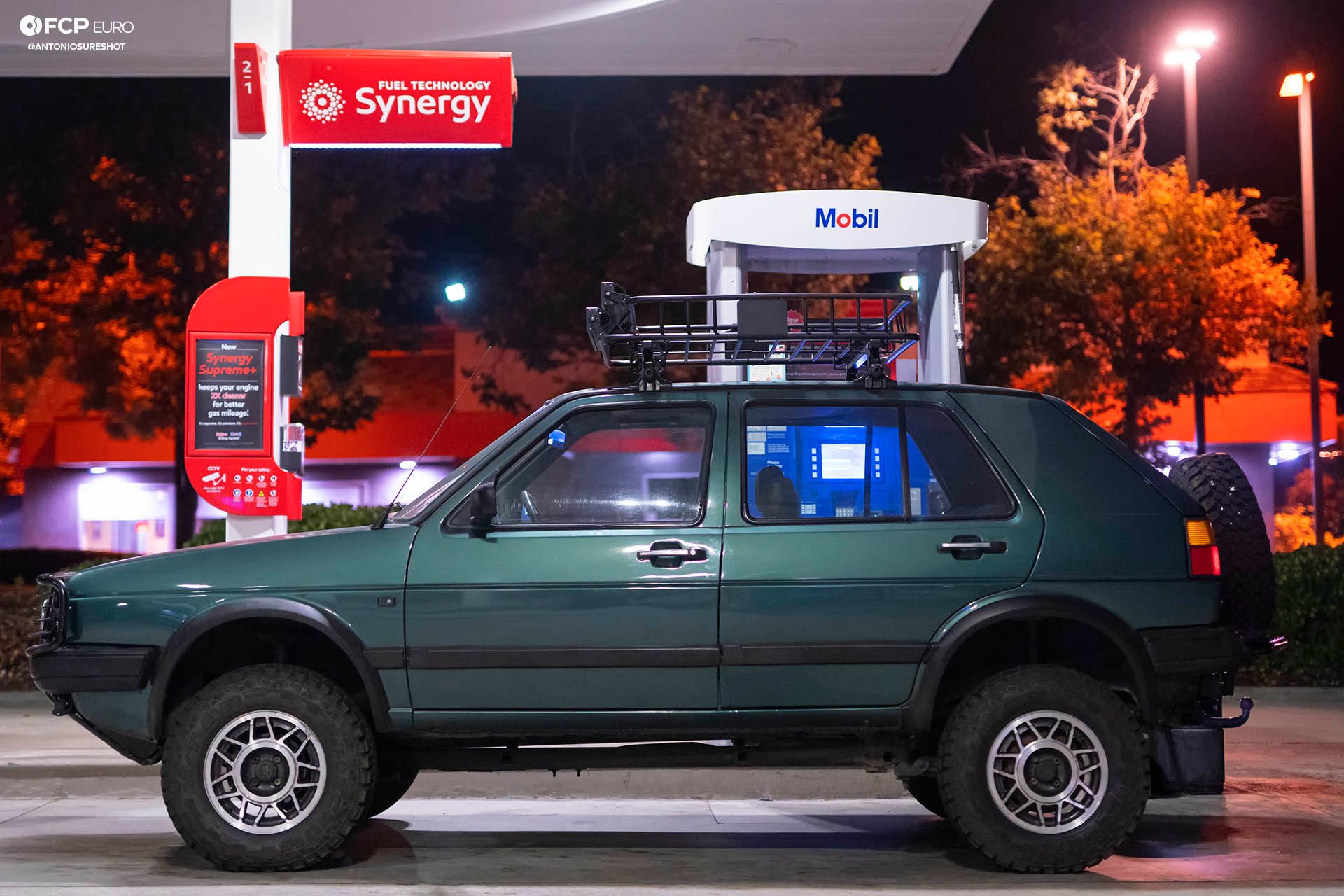 “I purchased the Golf Country on August 22, 2017 in Poland after my brother’s wedding,” he said, “I wanted it because there aren’t many of them in the US since they were never sold here.” 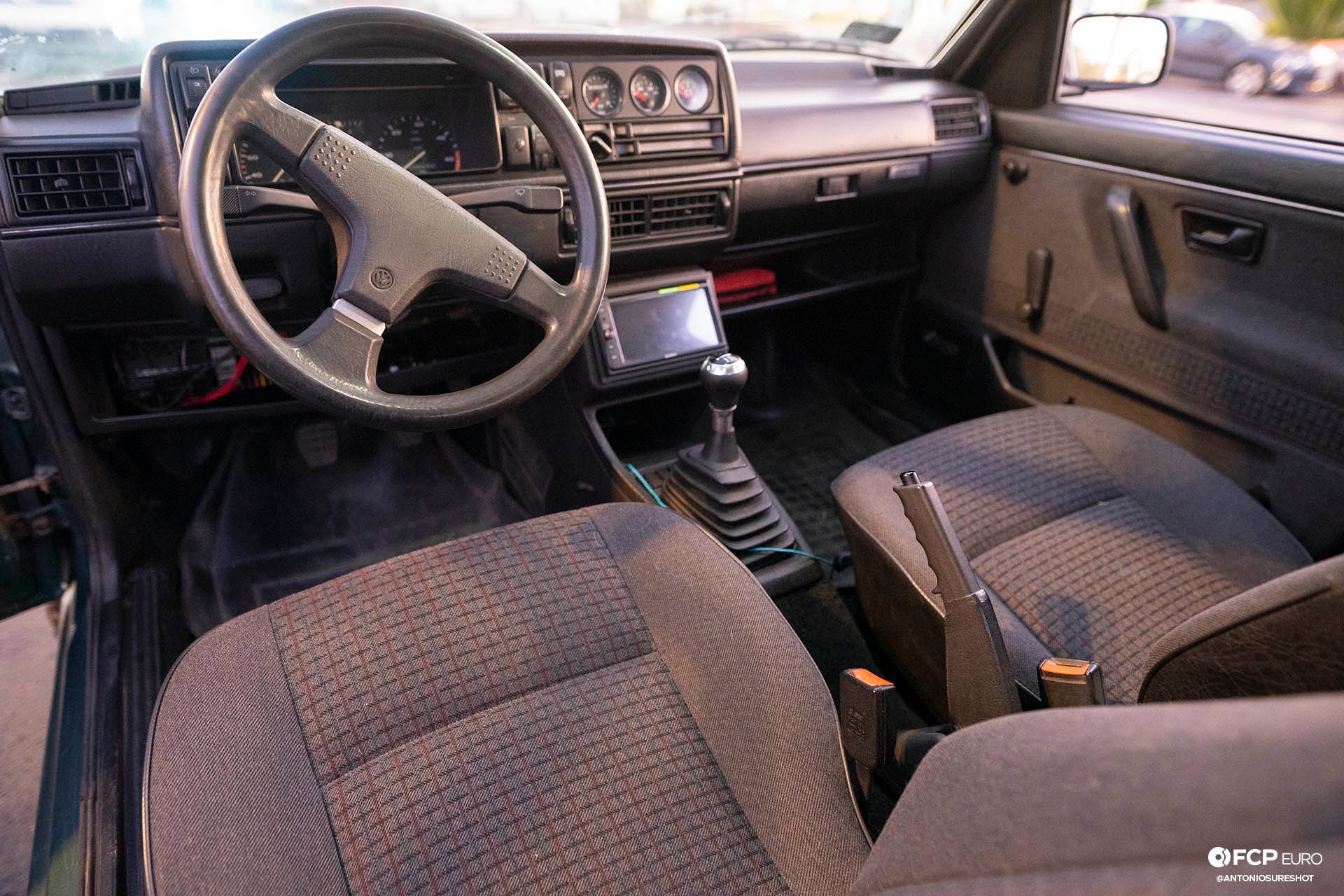 Since this is a vehicle that wasn’t sold in the US, many of the parts installed are ones American MKII Golf owners clamor for. Like the European style steering wheel, seats and more. The double-DIN head unit required some cutting to fit into the center console. A set of boost, oil temperature, and battery voltmeter gauges now reside in the single-DIN radio's previous position. 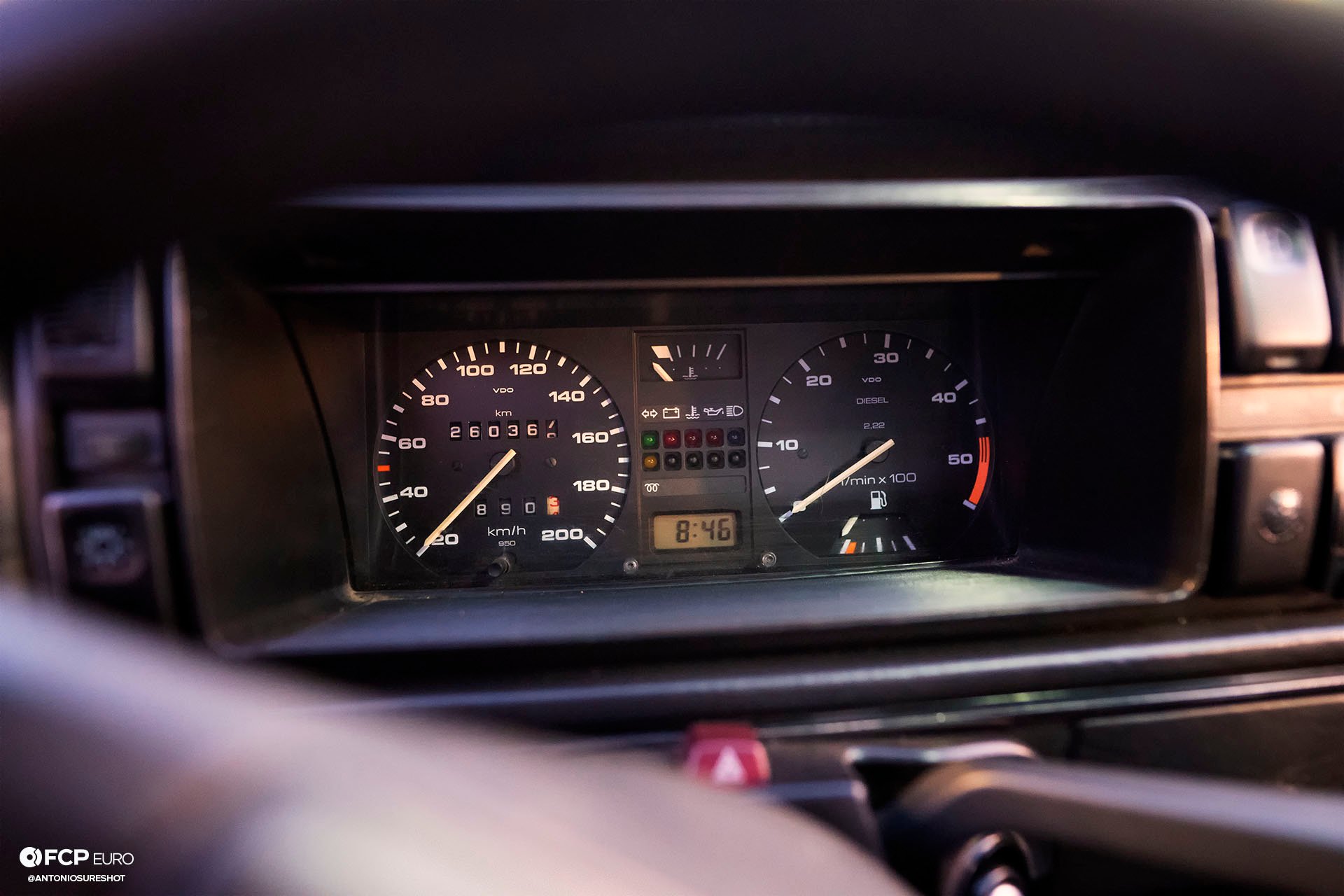 There are many parts a US Golf MKII owner would like to get their hands on that are already installed. However, unlike the Audi Quattro we featured a little while ago, the Syncro and Country are not full-time AWD. It used a viscous differential inside the transfer case and would only send power to the rear wheels when it mechanically “detected” slip at the front wheels. There are also no lockers on either axle, so the power is only sent to the wheel that can still move faster between each end.

It’s also not a very strong setup, “I really want to put a Quattro setup to have a stronger AWD system,” says Karol. This makes sense – the Syncro system was only made for the gasoline-fueled 1P 1.8-liter eight-valve engine and its miserly output. It may be able to take a little more than that, but not much more. 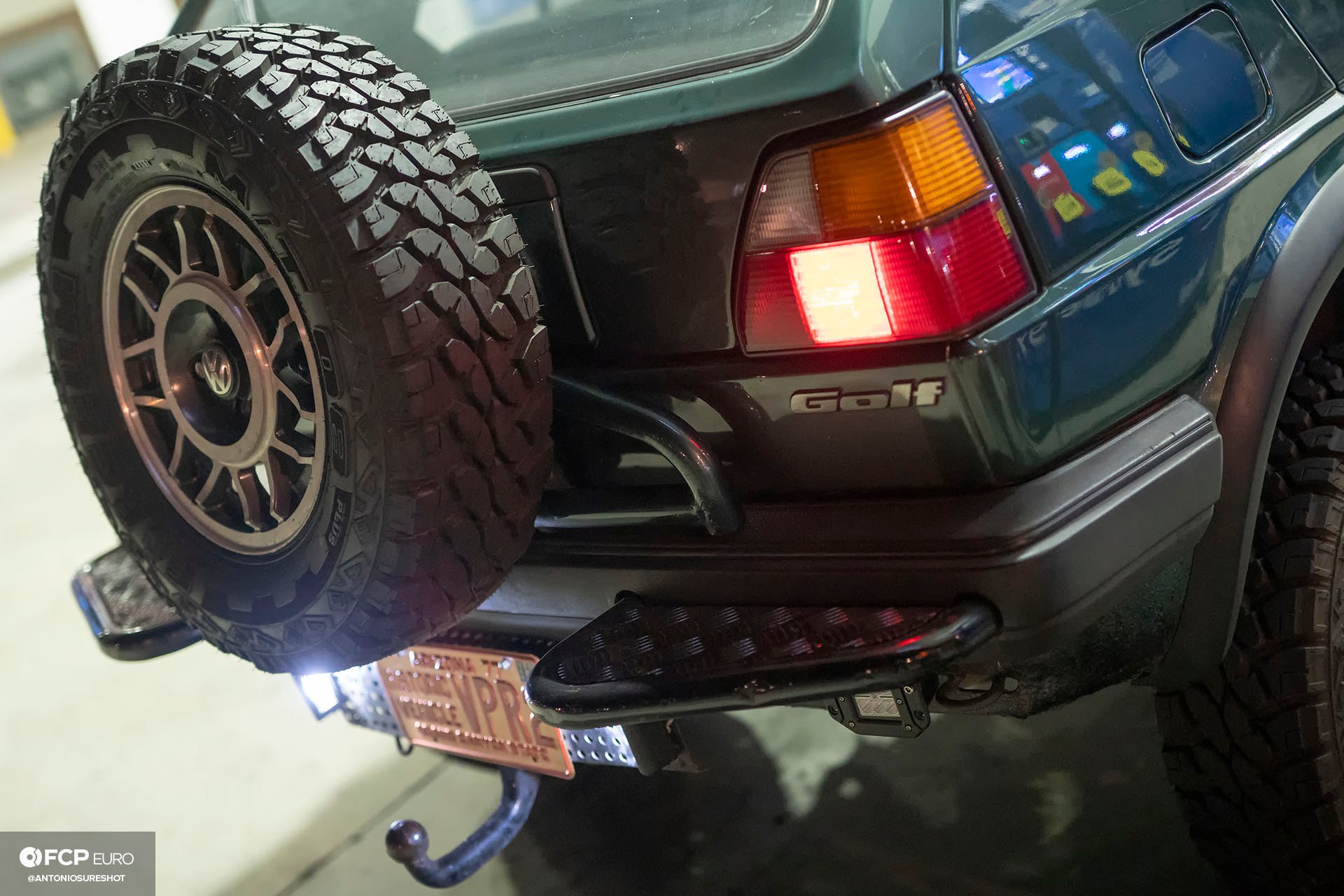 Karol's car uses a set of 14-inch VW MKI Rabbit GTI wheels with a set of 27x8.50R14 tires. While this allows for a nice, meaty tire for off-road performance, it also limits the size of the brake system.

This being said, it’s only a 10-inch diameter rotor with a single-piston caliper under those front “Snowflake” wheels. 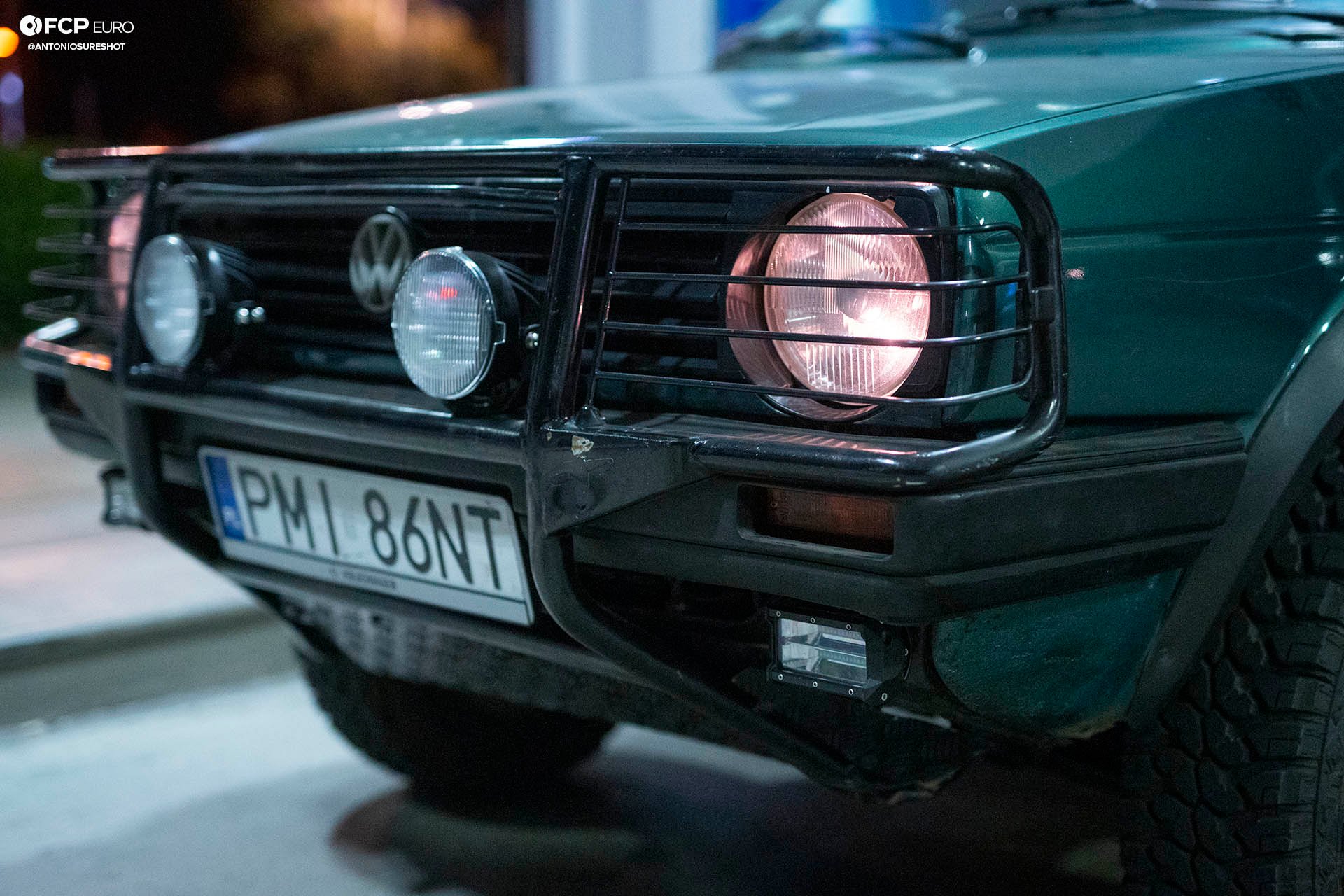 You also get something that MKII Golf owners love to get and are willing to replace their radiator support to fit – the European single headlights. In fact, the factory front brush bar would probably only work with that style front end. The support bars would potentially block some of the US square-style headlights. 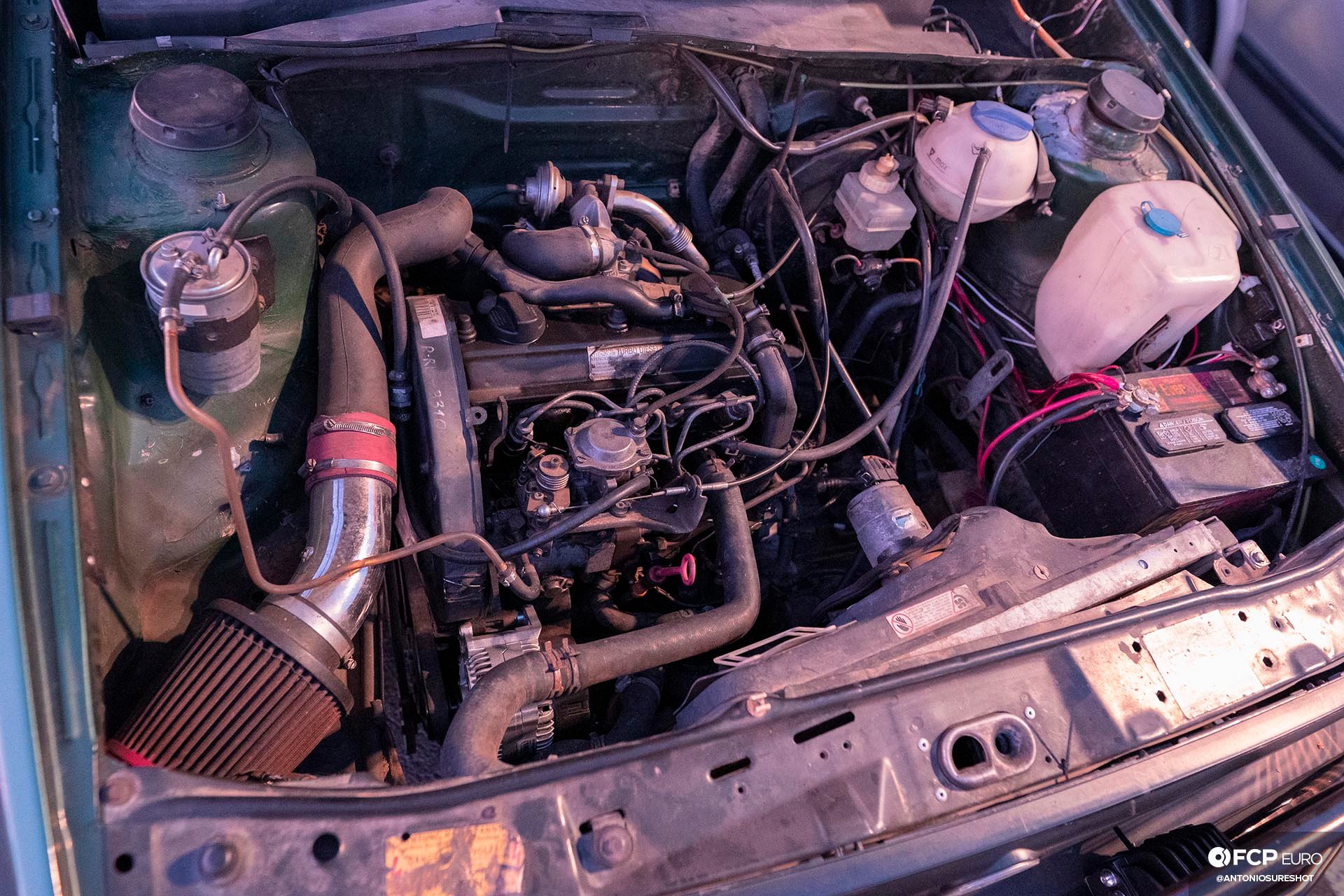 We mentioned earlier that the 1P was what was installed in these Golf Country MKIIs. This one has been swapped but not to a GTI or even a newer GDI engine. This Country is all diesel with its AAZ 1.9-liter Turbo Diesel swap. Before you say it, no this isn’t the 1Z AHU despite that being on the valve cover. They are interchangeable along with many other parts of those engines. However, this is an indirect-injection diesel, whereas the AHU is direct-injection, while both are turbocharged. This is also an engine not available here in the US. Canada got it as well as Europe, but not here. 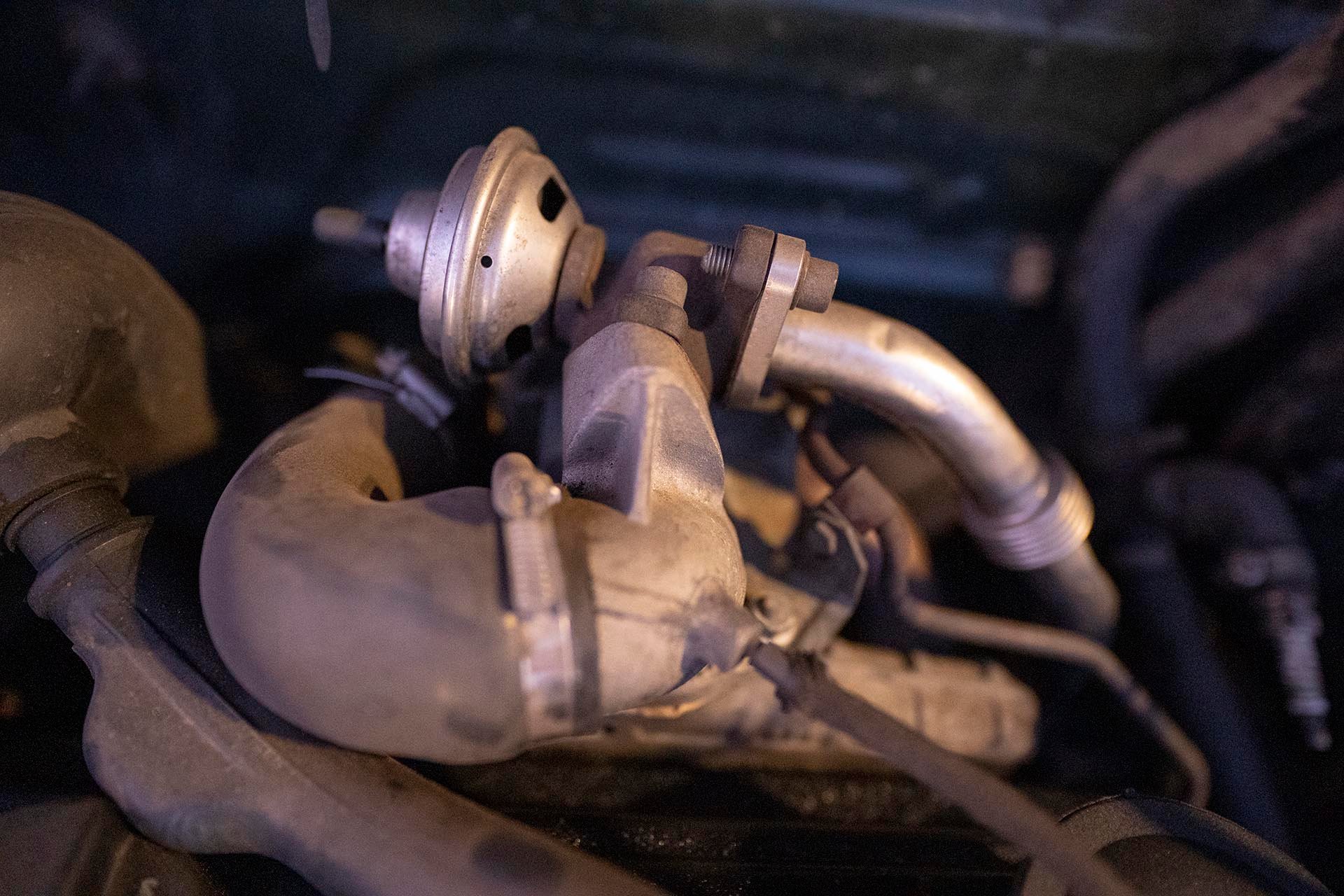 This AAZ sees its exhaust gas recirculation (EGR) valve deleted. Yes, even though it's a diesel, it still had an EGR valve. It’s sort of odd considering the role of the EGR is to cool down the cylinder of the engine by allowing exhaust gas back into the cylinder. Less clean oxygen means less heat during the combustion process and reduces nitrogen oxide (NOx) production.

Remember, a diesel uses heat built up from the high-compression pressure made inside the cylinder to ignite the diesel fuel. Cooling down that cylinder would not only reduce NOx production but also not allow the engine to produce as much power since diesels need that heat to combust its fuel efficiently. It uses all its fuel, but it doesn’t do so efficiently to produce maximum power, resulting in more NOx.

This probably explains the lackluster 75-horsepower from the factory despite having a capable Borg-Warner K03 turbocharger attached and producing about 10-PSI of boost pressure. With the EGR gone, Karol estimates it makes around 89-horsepower at its redline of 3000-RPM while the 160-lb-ft of torque starts at 1800-RPM and continues to about that 3000-RPM maximum limit. 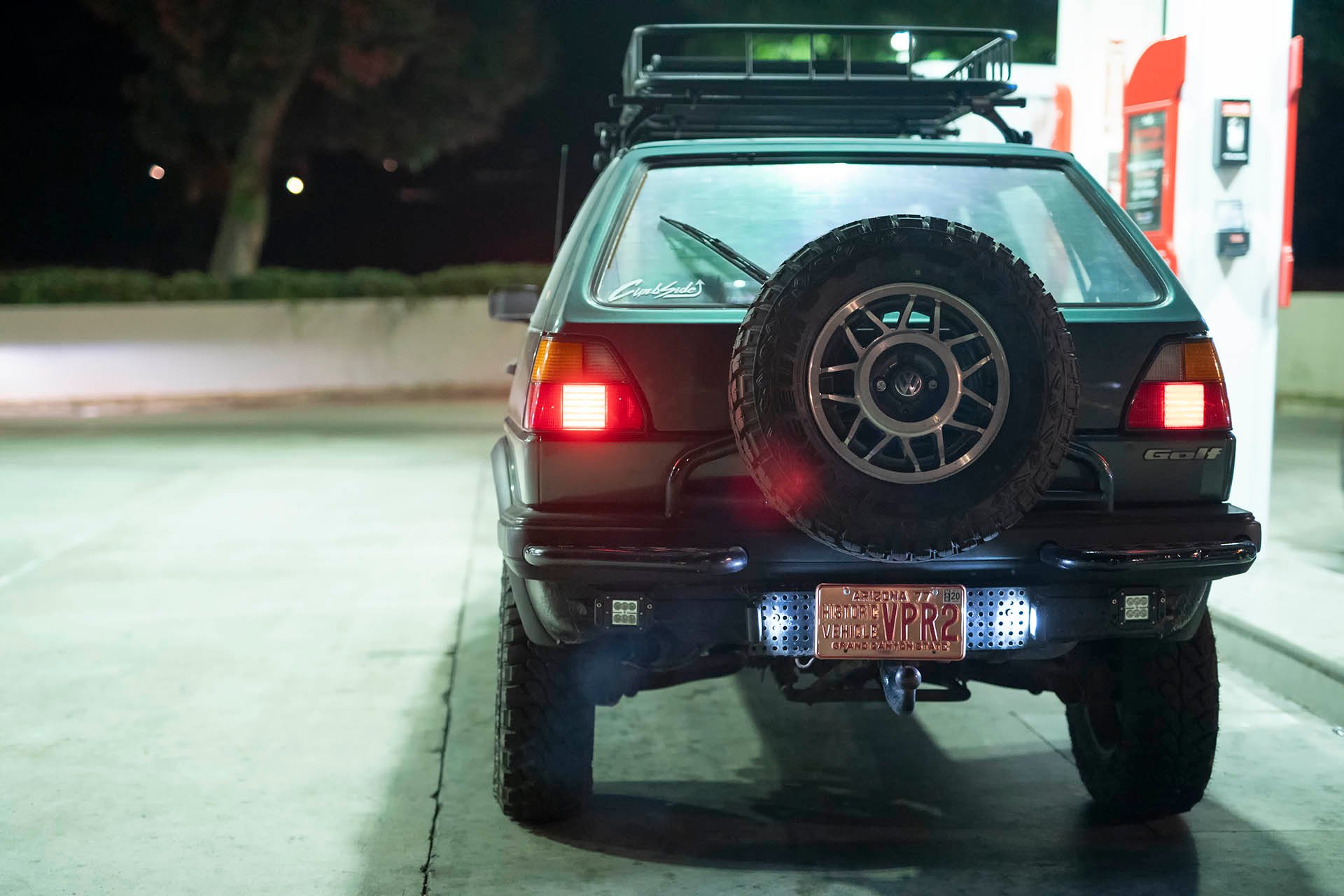 Along with the taller tires, a full set of LEDs replace the original incandescent bulbs. These lights are also joined by a pair of LED light bars mounted to the roof rack. Other than that, the factory green metallic painted metal panels are all original. While most of the parts are interchangeable between a US MKII Golf and this Golf Country, there are parts that aren’t.

To Karol, finding parts – both OEM replacement and performance – is a bit of a challenge, purchasing parts overseas is sometimes a requirement. Though, that can be part of the fun when you reach out to people outside of the US. Sometimes, you get introduced to new sources but new friends as well.

“The plan was and still is to have something that can go and see places that a lowered car can’t go,” says Karol, “This car may be clean, but I do use it off-road. It doesn’t see anything extreme, but it’s nice to see the full view of nature.” 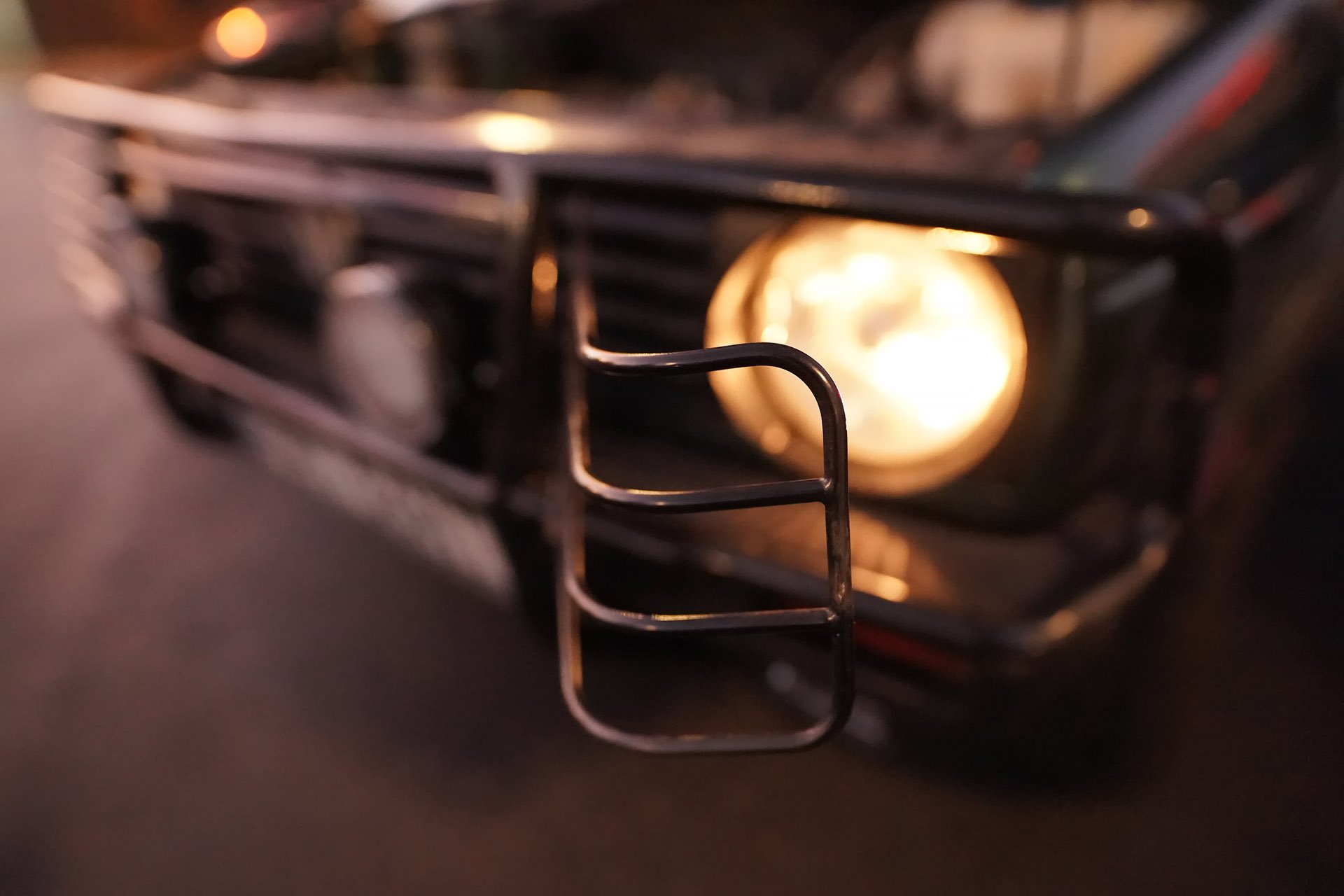 It would have been awesome to get these VW Golf County models when they were new, but that would have been difficult. The Golf was an inexpensive car despite its European roots. So, having something with not much more power at over the price point of the GTI wouldn’t sit well with American buyers. It already didn’t in Europe. 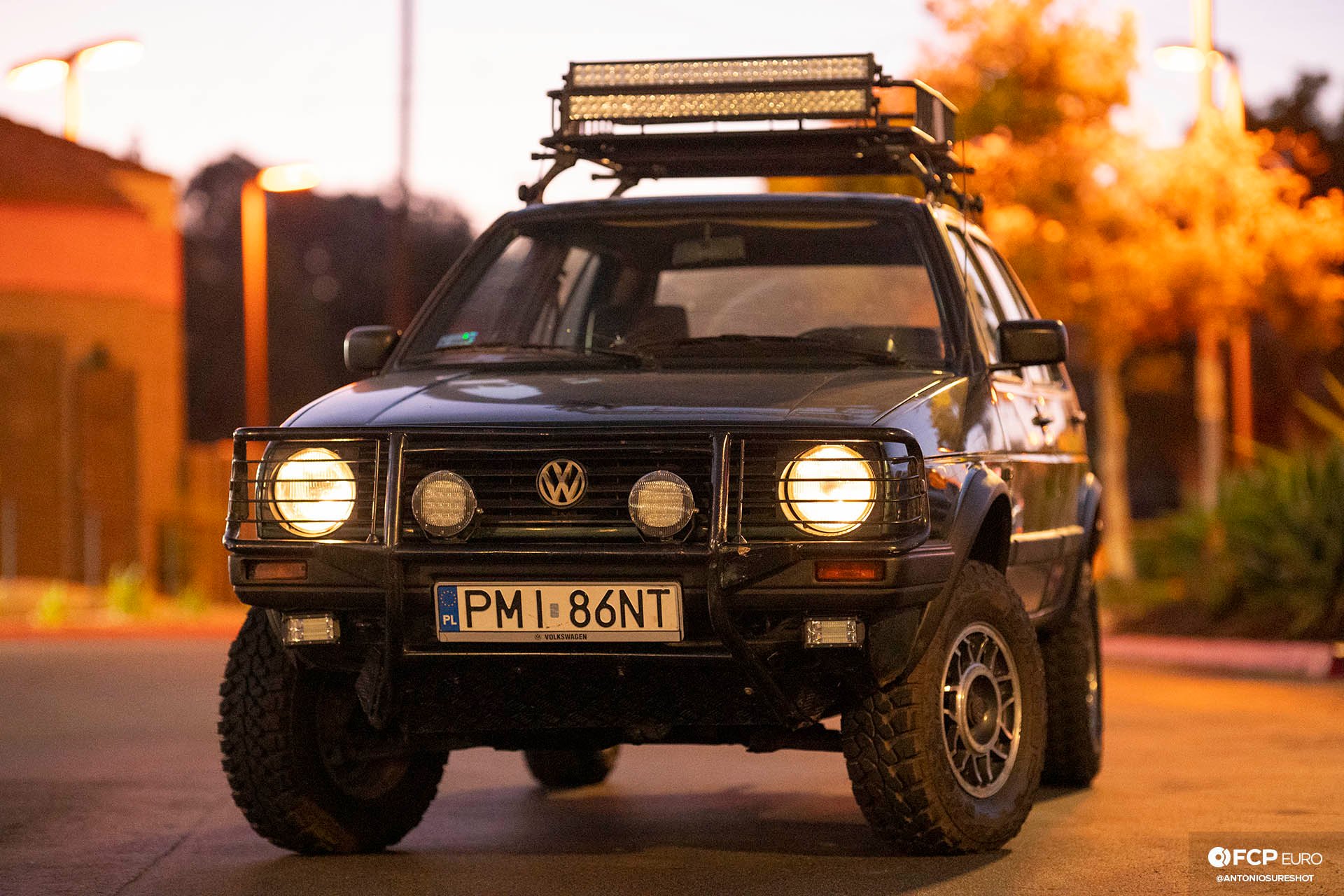 However, that doesn’t mean it’s not a lust-worthy car for MKII Golf aficionados. So, having one here in the US with a turbo-diesel swap is a great treat for them. For Karol, it means having a very capable Golf that can go off-road and be very different from the rest of the slammed-out MKII Golfs we often see. That’s a great win-win if we do say so ourselves.

If you like this Golf Country, you can find additional Volkswagen content at volkswagen.fcpeuro.com, as well as more build features like this one here. If there's anything specific you would like to see, or if you have any questions/comments, leave them in the comments section below. 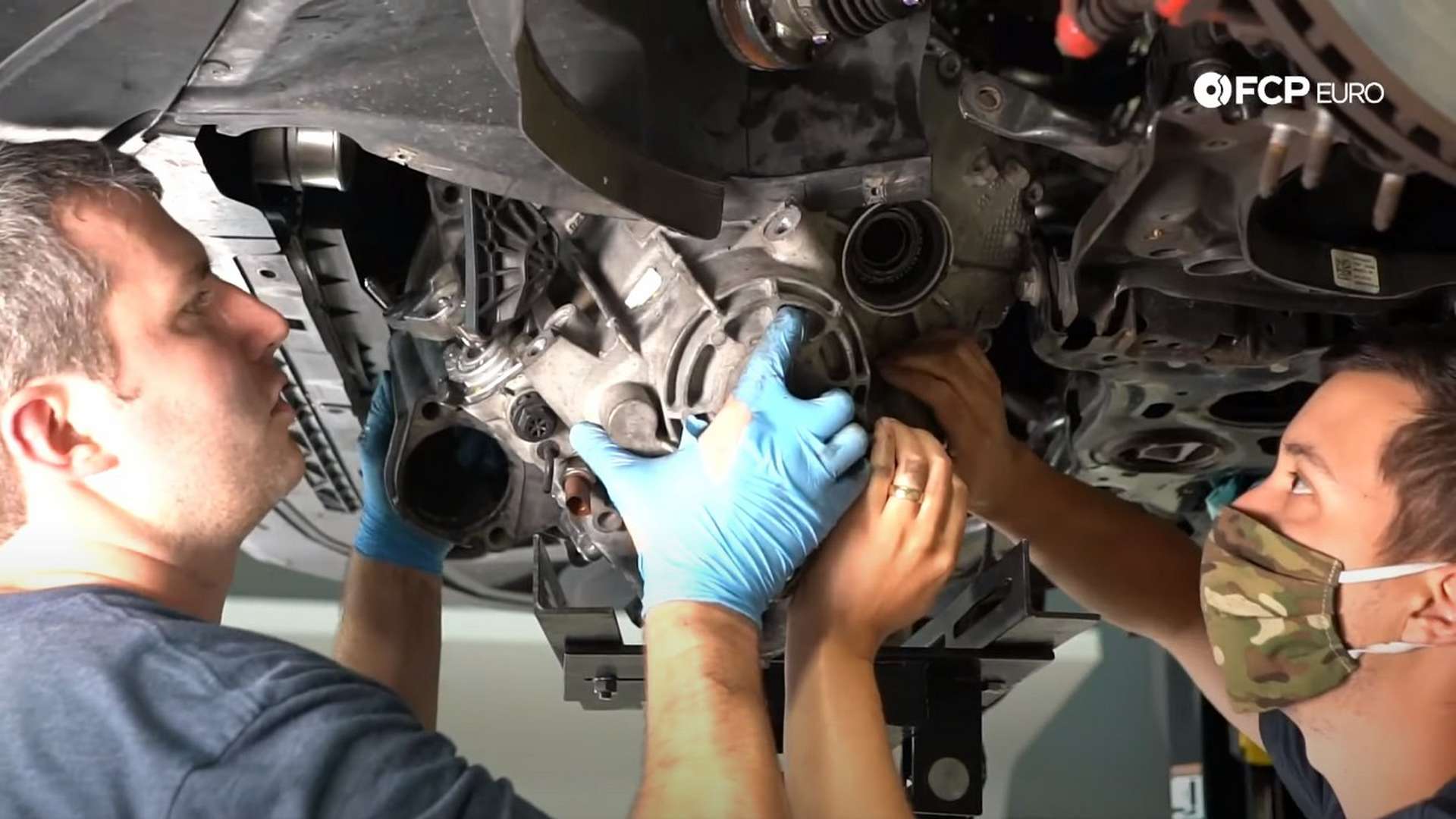 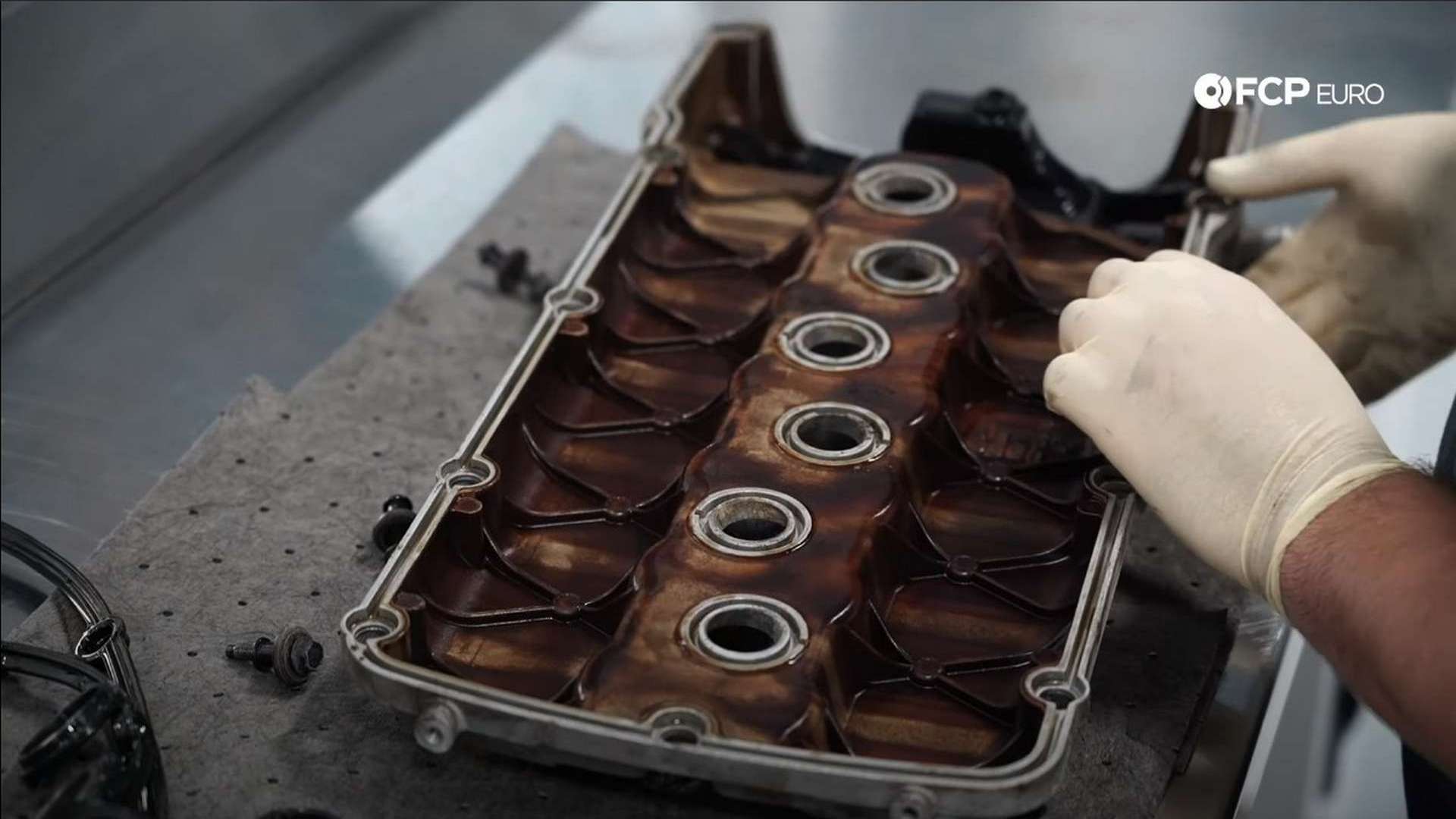 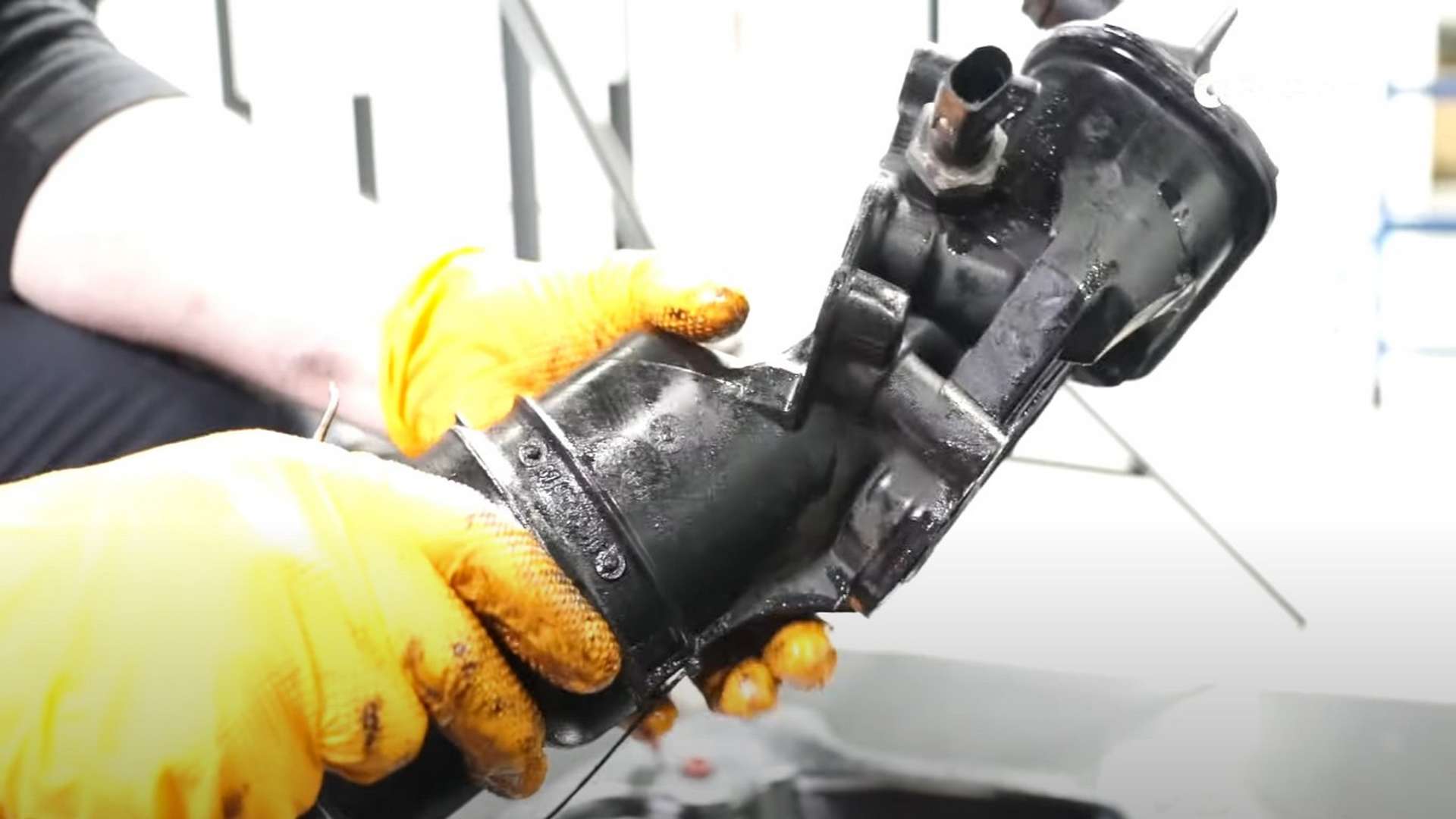 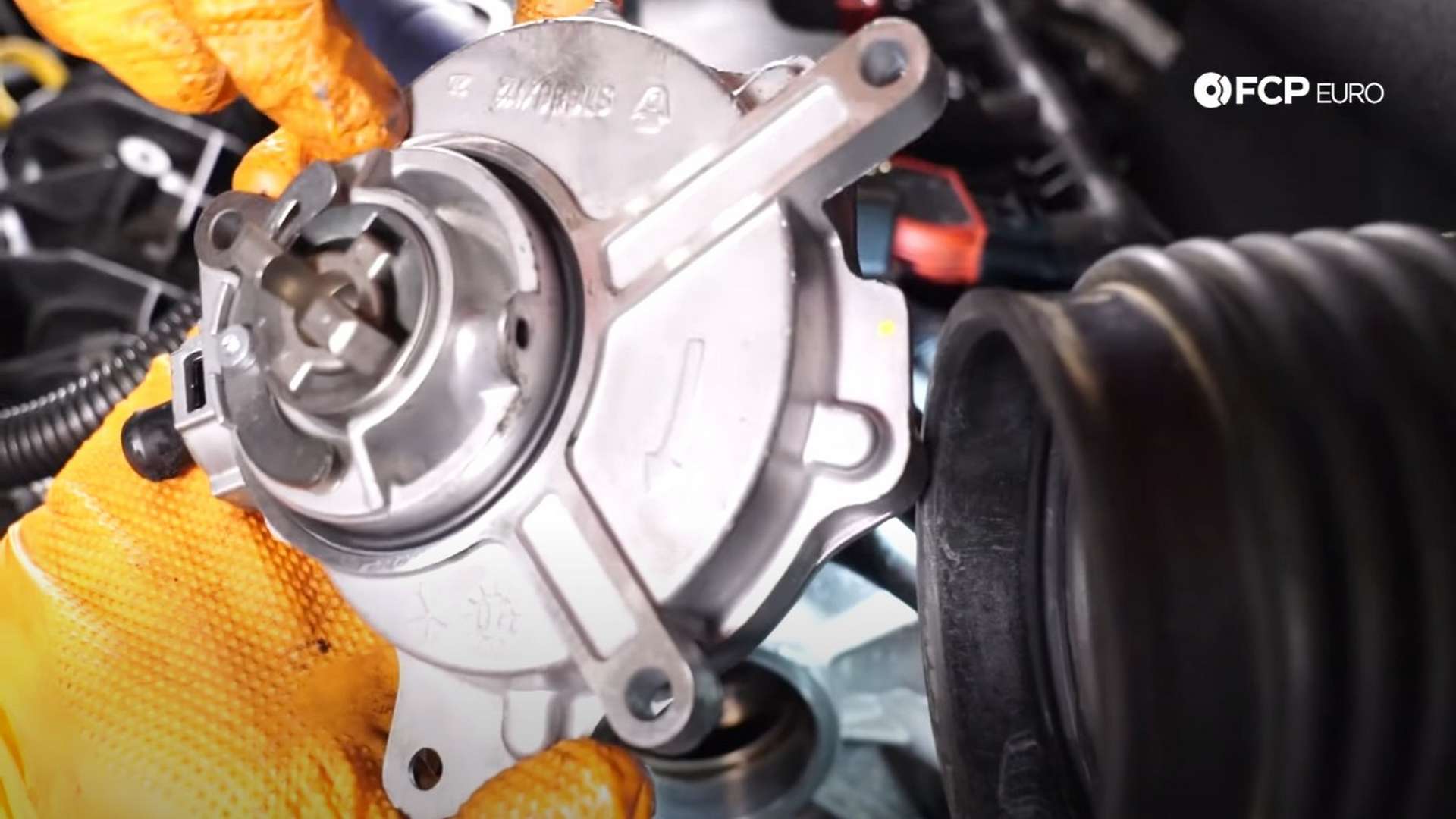 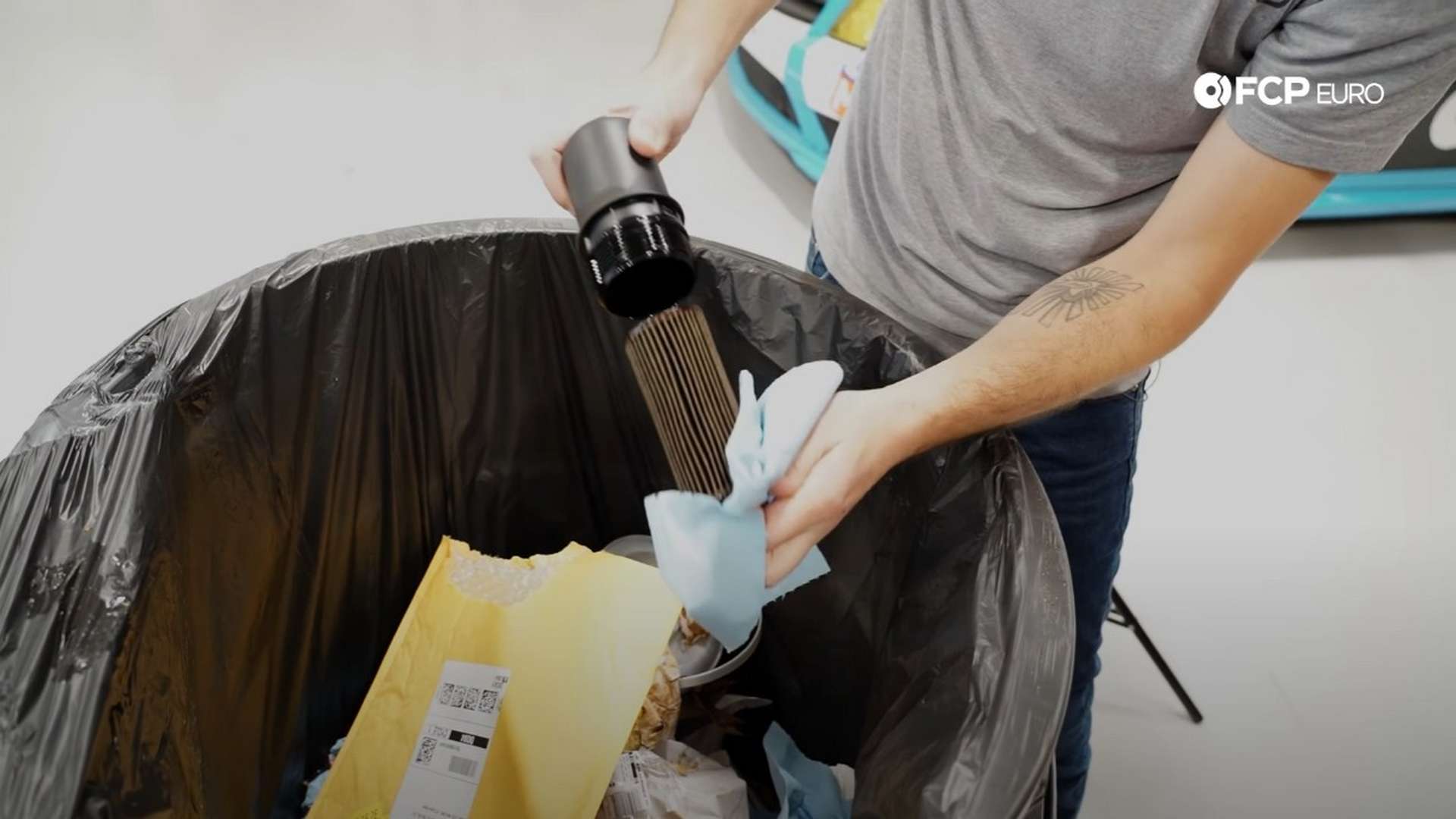 How To Change The Oil In Your Volkswagen EA888 Engine (Golf, GTI, Beetle, Jetta, Tiguan, & More)

Changing the oil in your Volkswagen EA888 engine is one of the easiest jobs you can do to ensure a long life. This guide covers the process step-by-step. 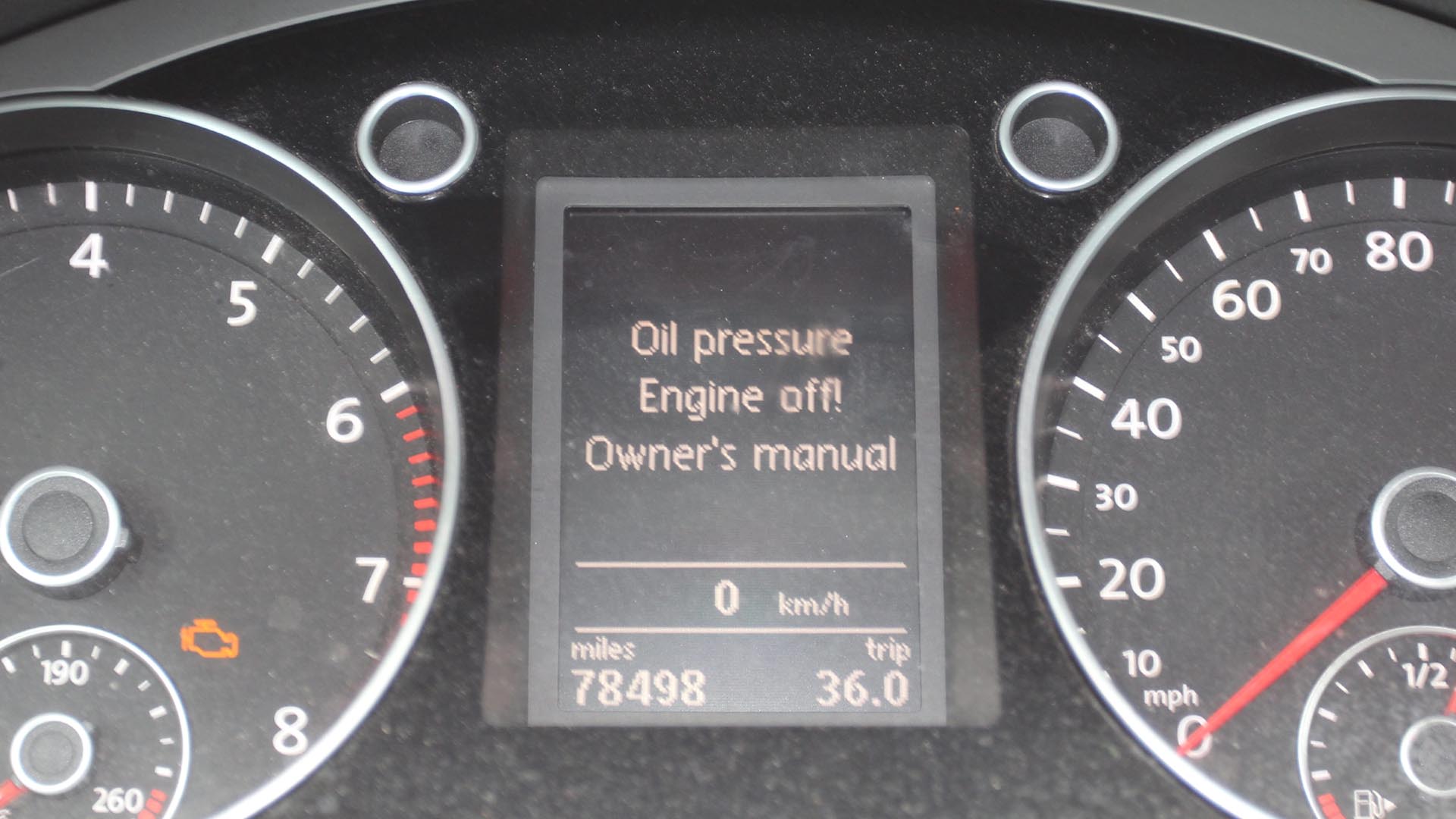