This was Volvo's original traction control system that used the ABS sensors to monitor and brake the wheel(s) that were slipping. As many Volvo 850 owners experienced, the ABS Control Module would eventually fail and disable both ABS and TRACS. Often times, a failing module could falsely trigger and attempt to brake one of the wheels.

How do I disable Volvo TRACS Traction Control System? 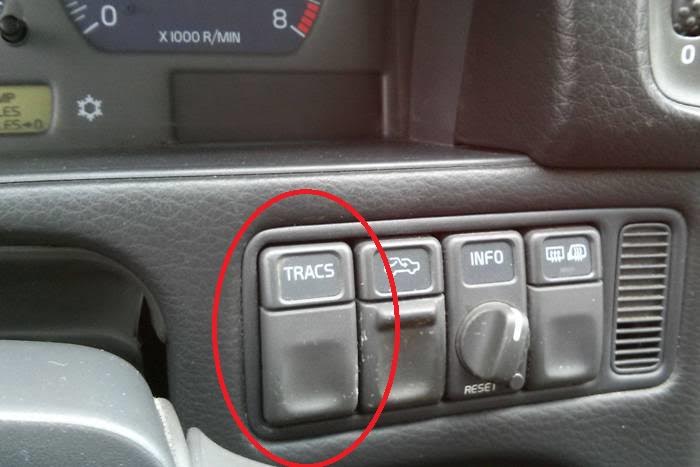 During the turn of the century, most Volvos came equipped with traction control as a standard option. STC is composed of multiple sensors and traction control components that apply the brakes or cut engine power to the wheels that are slipping. This system was often a frustration to drivers because it would dramatically slow down the car's acceleration.

How do I disable Volvo STC Stability Traction Control?

To disable the Volvo STC Stability Traction Control press and hold the STC switch for three seconds. This disables the system enough to allow you to chirp your tires off the line. 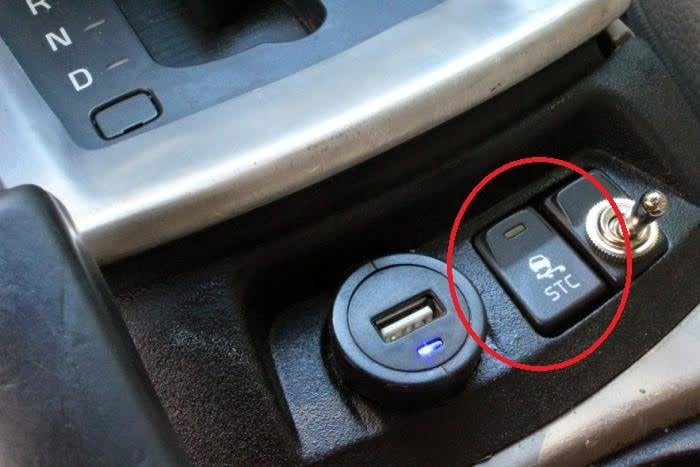 Just like STC, the purpose of this system is to prevent the car from skidding or sliding by slightly applying the brakes or cutting engine power to the wheel(s) experiencing a loss of traction. Being "dynamic," it consists of even more components than STC, but can still be partially disabled at the push of a button.

Components of STC and DSTC:

Volvo's modern traction control detects a wheel slipping and immediately cuts power to that wheel while applying more power to the other wheels. The purpose of this system is to prevent the car from sliding.

This system limits power to the wheels so that they do not spin. Spin Control is the main reason why Volvo owners have such a hard time performing burnouts or achieving rapid acceleration from a stand still. When disabling either STC or DSTC, this is the main traction control component which gets turned off.

A bit more advanced than the standard traction control system, the Yaw Rate Sensor monitors for any wheel slipping and determines how to distribute the engine's power to keep the car under control.

When using lower gears for engine braking, EDC prevents the wheels from locking up. A wheel locking up while driving down a wet or icy hill could have catastrophic consequences.

Because all modern Volvos are either front-wheel or all-wheel drive, it's likely that a driver might experience understeer if they enter a turn too quickly. Understeer is when the wheels are turned, but the car's excessive forward momentum prevents it from making the turn as expected. CTC applies the brakes and distributes power as necessary to keep the nose of the car pointed in the direction you intend to go.

While all of these components are great for a commuter car, they can actually prove to be quite dangerous for someone enjoying spirited driving in their Volvo.

Last year, I had my C30 on a wet track with DSTC disabled, meaning spin control and traction control were off, but the other components were still active. As I approached a long sweeping turn, I slowed down to 50mph and proceeded to accelerate my way through the bend. The slick road conditions required my constant feedback to control the car as it tried to break loose; I was not prepared for my car to attempt the same. Corner traction control noticed the back wheels were starting to slide and immediately applied the brakes to the back. Because the road was wetter than the car accounted for, this caused the Volvo S40 brakes to lock up on the right corner wheel. ABS quickly detected a fault and proceeded to pulse the brakes to prevent a skid. Unfortunately, the yaw control was already distributing power to my front wheels to compensate for the braking in the back. A loud clunk could be heard as ABS failed and the back end of the car quickly swung outwards forcing my car sideways through the turn. ABS and traction control failure lights flashed on the dash, luckily the system was able to reset itself after restarting the car.

Because of my track experiences, I know what to do in the event a car looses traction. But when the car also reacts, it becomes a fight between man and machine.

For those who plan on tracking their Volvo, even for spirited mountain runs or autocross events, there are two hacks which can save you from the scary experience that I had.

*Use at your own risk and never on public streets.

Reference your owners manual to find the fuse location for the ABS system. Pulling this fuse will disable both the antilock brakes and completely disable all traction control components. While this is great for a track day, many may still desire to have ABS active.

Also known as race mode! Cutting power to the yaw sensor will disable all traction control components, but leave ABS active. Unfortunately, accessing the yaw sensor can be a bit cumbersome. Therefore, I installed a switch to the power line running to my yaw rate sensor.

On P1 Volvos, the yaw sensor is located under the front right seat. 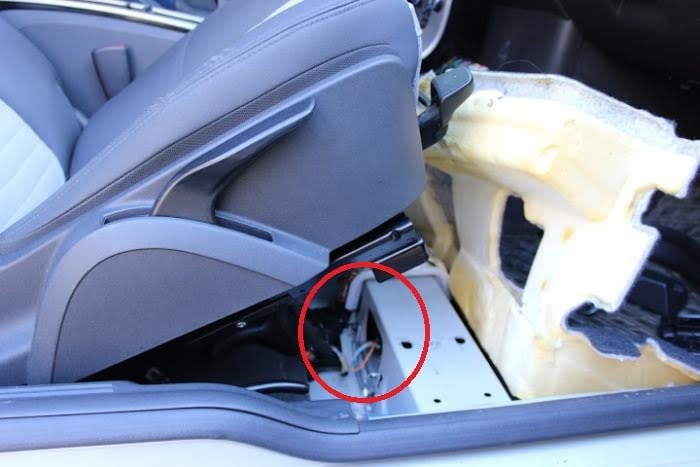 The yellow/orange wire is the power supply and the line that needs to be cut for a switch. 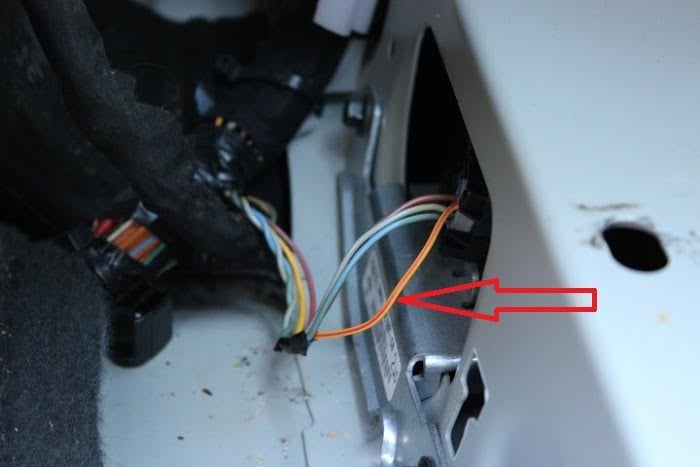 For the full race effect, I opted for a Top Gun style toggle switch to cut power to my yaw sensor. However, many different styles of switches can be purchased online or at an auto parts store. 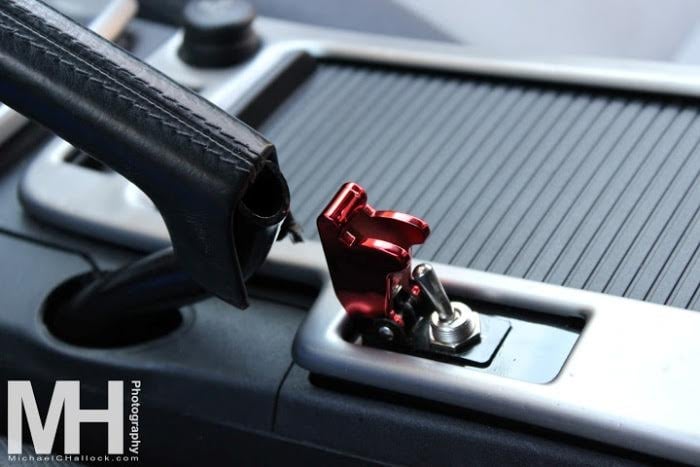 When disabled, the dash illuminates with two icons. The first being the standard traction control icon indicated that DSTC is disable. The second will be the "i" indicator with the message "Anti-Skid Service Required." Once the switch has been flipped to provide power back to the yaw sensor, and the car has been restarted, all of these messages will remain off and no lingering codes will be stored. 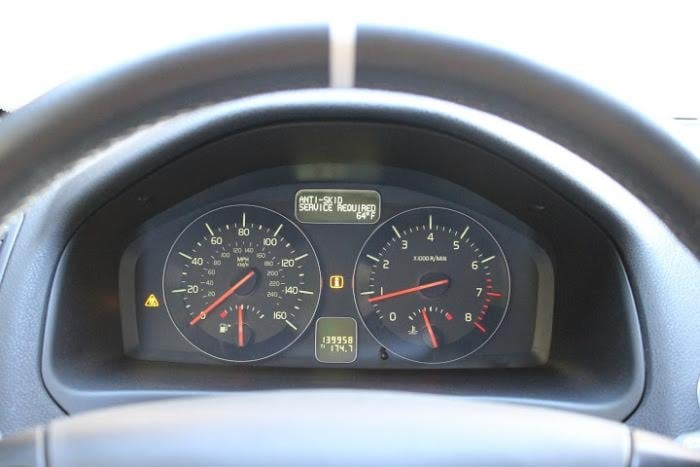 Driving with traction control completely disabled is a completely different experience. The car accelerates with no hesitation. It can be slid through a turn with no electronic aids butting in. You can even enjoy four wheel burnouts with AWD models. While I would not encourage performing this hack on a basic commuter car, nor do I suggest completely disabling traction control on public roads, this is a great modification for any modern Volvos being built for track purposes. 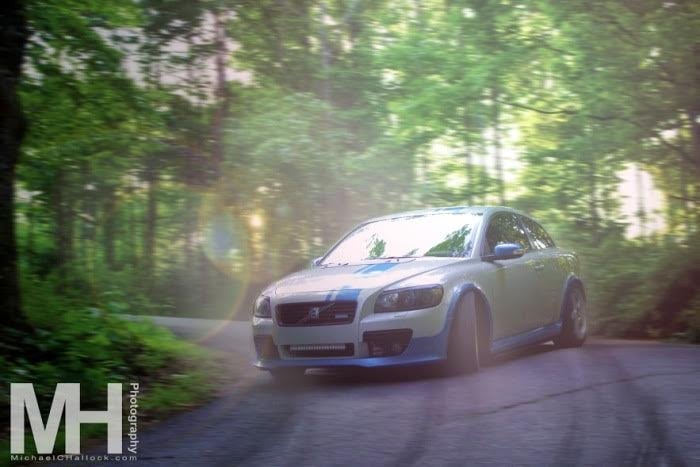 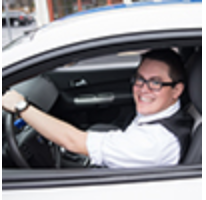 Michael lives in Dahlonega, GA where he works full time as manager of an accounts receivable department. Despite a bachelors in New Media Arts, his true passion is in modifying and maintaining the cars that he and his wife own; Volvo for life. Many in the Volvo community might recognize his screen name, MyNameIdeasWereTaken.