Normally this job would require the use of a special (Klann type) spring compressor, as access to the spring is limited by the design of the upper spring perch. The perch is attached to the car and not the shock. This is not a coil over design and the bracing of the spring perch prevents the use of ordinary compressors.

The “trick” is that by compressing the spring on the car, the nuts holding the shock can be removed and the spring unloaded completely while still on the car, without an external spring compressor. The catch is that you need to remove the half shafts and loosen the control arm bushings to allow that to happen.

This job is not wildly complicated, but requires doing most of a ball joint and all of the half shaft jobs before you can start on the shocks. I spent a week, mostly cogitating when I got stuck. Actual contact time was several hours, and the second shock took considerably less time.

The procedure is described for one side at a time, the exception being the sway bar, which needs to have the end clamps and rubber bushings off of both sides. Read the procedure, look at the pictures, re-read the procedure.

This the second time through for me, although last time I paid an indie mechanic based on the belief that the Klann type spring compressor was necessary. Now that I know different (and it’s warmer), I wasn’t about to pass a second time.

I bought the kit from FCP Euro: Bilstein shocks, new upper shock bushings, nuts and washer, and a new shock yoke nut and bolt. The old shocks were also Bilsteins.

Remove half shaft. On the passenger side, there was no way to pull/yank on the half shaft. The spline in the engine has a spring clip, but the spline in the CV didn’t, so pulling just disengaged the spline from the CV and started stretching the rubber boot. I fabricated a clamp and slide hammer from a 1 x 1/16” x 3 foot aluminum strip from Lowes. The clamp is 11.25” long and the tabs are added to that length and folded over, as shown. The bolt is 1⁄4-20 and the steel rectangles are from a kitchen cabinet, so I assume they're home depot type parts. The socket is a 1” drive. Any size will do. The idea is to yank the half shaft out by the “can”. The hammer part was a big socket. Clamp the slide to the “can” and use the hammer to pop out the half shaft. On the driver’s side, it is captured, so it can be popped out without tools.

Now for the fun part: 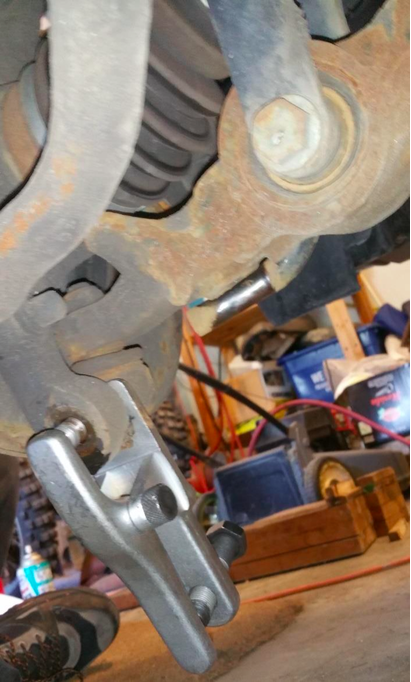 Ball joint press on the bottom ball joint: Remove the nut, apply the press, wind it up and smack it with a metal tool. I also use some liquid wrench on the threads. 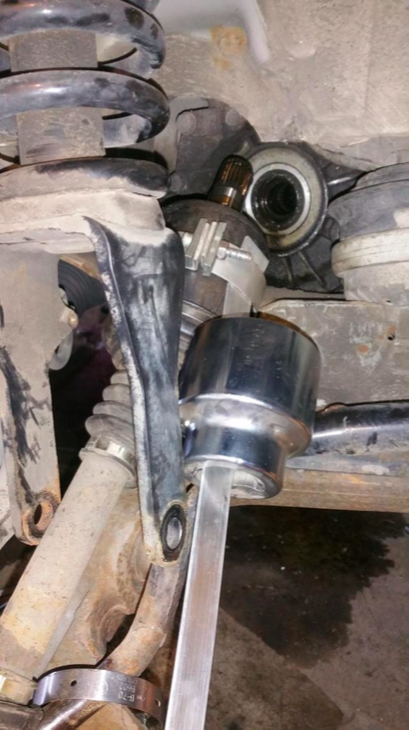 Slide hammer and clamp in place on the half shaft. The clamp is 11.25” long and the tabs are added to that length and folded over, as shown. The bolt is 1⁄4-20 and the steel rectangles are from a kitchen cabinet, so I assume they're home depot type parts. The socket is a 1” drive. Any size will do. The idea is to yank the half shaft out by the “can”. 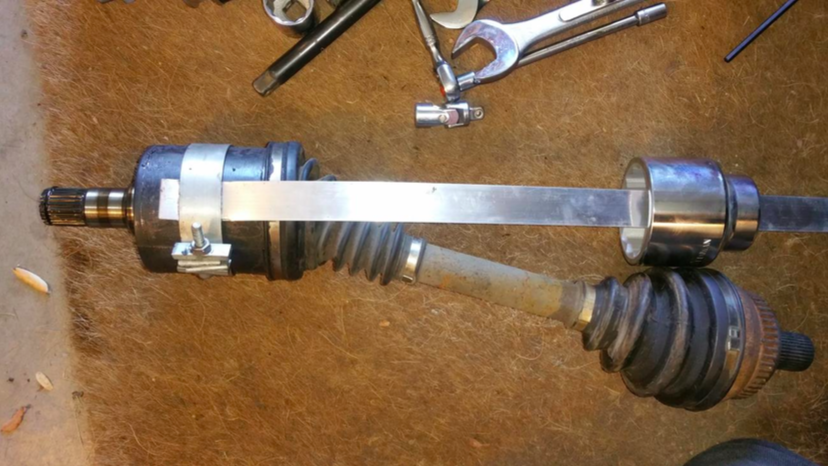 Another picture of the half shaft and clamp/slide puller. The slide is held in place by the clamp because the aluminum strip has been folded over. Same at the far end with a hole drilled and a bolt in place for the socket to impact. 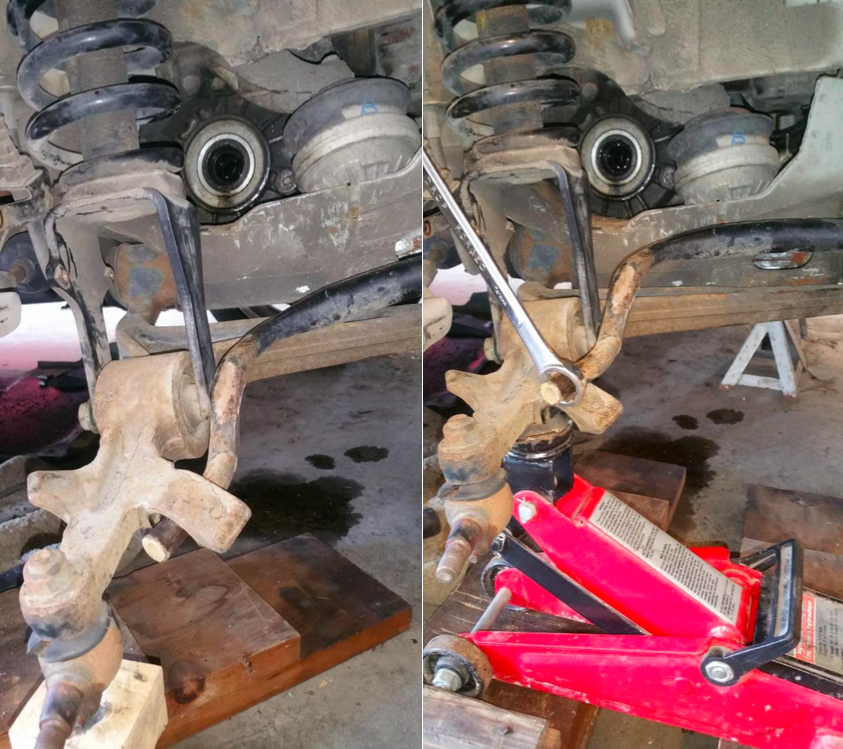 (left) With the half shaft removed, reinsert the bolt through the yoke. (right) Ready to lower the shock. Note that the box wrench has been used to lever the sway bar end around the mounting tab. This will allow the control arm to drop down low enough to unload the spring. Also note that on the left, for the half shaft, with the yoke attached, I’m able to raise the control arm from the ball joint. On the right, I’m lifting using the control arm bushing. I had to put the small jack on wooden blocks to get enough throw. Once the shock nuts are off, the control arm drops down to the floor and using the ball joint as the lift point won’t allow enough travel to unload the spring. 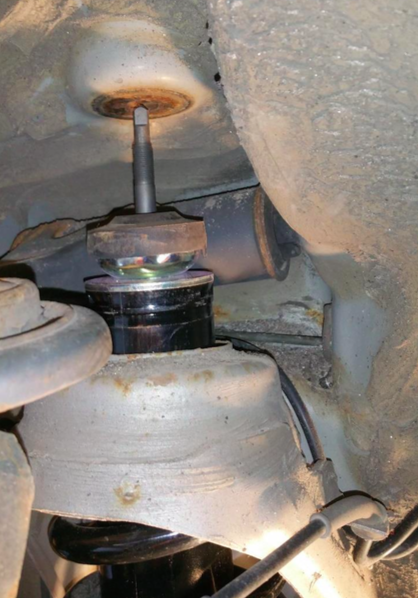 Shock lowered. When installing the new shock, you can use the metal collar (not shown) to protect the threads. 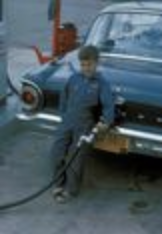 I‘m an engineer who still plays with cars. Porsche, BMW, Mercedes (and Bultaco).