What Causes a Fuel Pump to Fail? (Volvo) 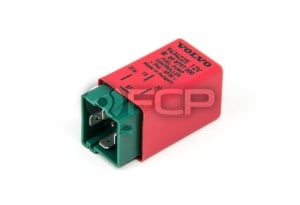 Most Volvo parts are designed to and often last a very long time, with the fuel pump being no exception. The fuel pump sending unit only houses a few parts but their perfect function is essential to long life and proper operation.

The fuel pump assembly consists of a fuel pump, fuel line, level sensor (sometimes known as a level sending unit), fuel level float, a strainer, and the electronics to run it. Having replaced a FWD S70 fuel pump, I can say the unit itself is rather unassuming and I would not have guessed it to be so simple on the surface. The original fuel pump lasted a heroic 225,000 miles - I can only presume its failure was due to age and a build up of a variety of ailments. Having sold the car soon after it is still running flawlessly with its replacement fuel pump insert kit. 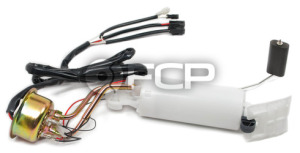 A major cause of fuel pump failure is operating with very little fuel. The gas not only serves to run your car but also to cool the pump itself. Overheating can result in excess wear on the the motor's brushes or in some cases seize the pump. When my pump was on its last legs a hefty thump to the underside of the tank was enough to dislodge it and get the car started again. Additionally, maintaining a low fuel level over time can allow more moisture to build up in the tank. More empty space in the tank means more room for moisture, and is why you should always store your car long-term with a full tank of fuel. If your vehicle has an EVAP system leak or if the system is currently malfunctioning it may be allowing moisture to build up in the system, again contributing to failure. 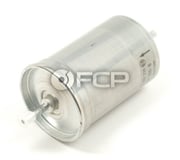 The recommended service interval for the fuel filter is 105,000 miles.

Crummy fuel may contain a higher level of contaminants, The fuel tank filter is very fine but it's the tinier particles that accumulate resulting in wear. The tank strainer is incapable of filtering anything below the 70 micron level. As a reference, 100 microns is equal to 0.1 millimeters. Timing of your fill up can degrade fuel quality as well. During and directly after a fuel delivery arrives there will no doubt be agitated particulates in the gas station's underground tanks. Presuming those tank's systems are only able to filter the gas about as well as your car then avoiding this time for fill ups could be helpful. These particles can also lead to a restricted fuel system by means of a clogged fuel filter. A less than pristine fuel system requires greater effort to work properly. Replacing an old fuel filter will help extend the life of your fuel pump.

Despite Volvo's legendary ability to resist rusting, the underbelly may accumulate damage and build up corrosion on and around the fuel pump assembly area. A '98 V70 AWD wagon I purchased suffered from this exact ailment.  The fuel lines had rusted through resulting in a steady stream of gasoline spilling on the ground while the car was running. The V70 AWD is sadly a bit more prone to this type of failure because of the pump assembly's forward-facing and otherwise dirt accessible positioning. You can readily check on the health of the pump's exterior by inspecting the top of the pump for rust and other issues. On a AWD wagon it is right next to the rear of the passenger footwell just forward of the rear wheel. (Must be accessed from underneath) On FWD models there is an access panel in the floor behind the rear seats.

A distinct mechanical buzzing noise should be audible from the rear of the car when turning the key to position II - this is the pump priming the system. The fuel rail's schrader valve should have pressure in it after the key has been turned. (A spurt of fuel will fly out when pressed, make sure to wear safety glasses if you're checking this) Lastly, the fuel pump relay located under the hood will click when energized.

About the Author: Anthony Peacock

Anthony Peacock is a small business owner and Volvo DIY enthusiast. He is an experienced videographer and editor with a long running reputation for owning and promoting Volvo cars and their many excellent qualities. 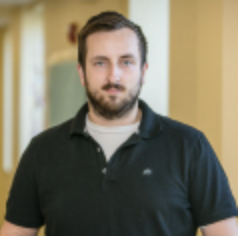 Anthony Peacock is a small business owner and Volvo DIY enthusiast. He is an experienced videographer and editor with a long running reputation for owning and promoting Volvo cars and their many excellent qualities.