This is the time of year when the leaves begin to change color, we begin to pull out our warmer clothing, and prep our cars for the coming winter season. Usually during this time we perform some type of preventive maintenance. It can vary from which is needed and which is simply precautionary. One item which has led to some interesting debates is brake fluid replenishment and brake fluid shelf life. 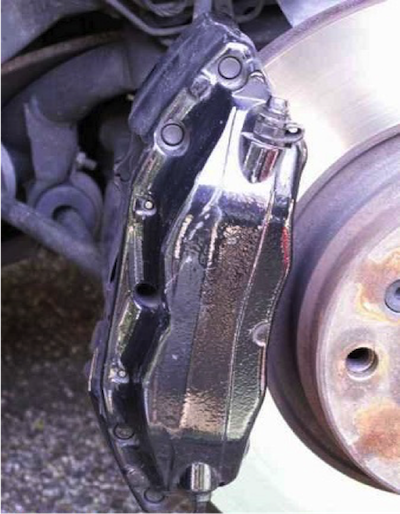 Today’s standards in brake fluid have changed quite a bit in comparison to earlier examples. All brake fluids (with the exception of DOT 5), are hygroscopic. This means when exposed to air, it absorbs the moisture in the atmosphere. This reaction affects the fluid’s boiling point and can prove troublesome for those of us who live in warmer, more humid climates. It is always recommended to immediately use brake fluid once opened and not store it in open containers.

Depending on your vehicle’s manufacturer, the country you live in, or the type of duty your car has been positioned for there are 4 common types of brake fluids. Not all countries follow the same guidelines thus some types of brake fluid are not available, have been discontinued, or been banned in some countries. The differences in all are their wet and dry boiling points, corrosion inhibitors, compression ratings, moisture absorption, and color. 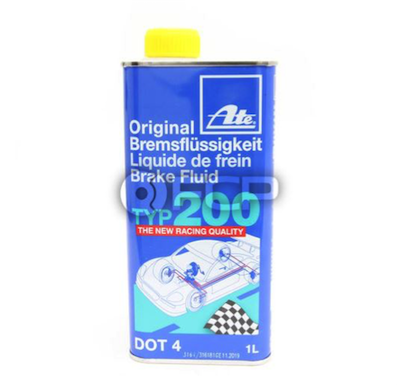 DOT 3 Brake fluid is generally the lowest in terms of wet and dry boiling point, median water percentage, and has a neutral amber color. Most common passenger vehicles use DOT 3 with success as the average temps rarely reach above 500 degrees.

DOT 4 Brake fluid has a higher boiling point, exceeding the temperature tolerances of DOT 3, and commonly used in most European and sports cars. Up until recently 4 DOT was available in both amber and blue colors. However under Federal Motor Vehicle Safety Standards here in the United States, Blue 4 DOT is no longer available.

DOT 5 or 5.1 brake fluid is silicone based and is purple in color. It is not as susceptible to moisture as its DOT 3 and 4 counterparts. It also has a higher boiling point than 3 and 4. However, do not mix DOT 5 with DOT 3/4.

LHM (Mineral oil based) Brake Fluid is not as common as the others. This fluid is very specific and only used in vehicles which demand its use. Though it has one of the best for corrosion prevention, it should not be mixed with other brake fluids unless specified or proper system maintenance prep for its use has been performed.

Can you Mix Brake Fluid?

Yes and no. Some brake fluids are compatible with other types thus can be mixed or swapped for brake fluid with better viscosity. These types such as DOT 5 can be used to upgrade or replace DOT 3 or 4. However, the reverse isn't recommended. The same can be said for mixing DOT 3 and DOT 4 in a braking system. Just make sure to check your vehicle specifications and flush the system before attempting any brake fluid upgrading or alternative replacement. 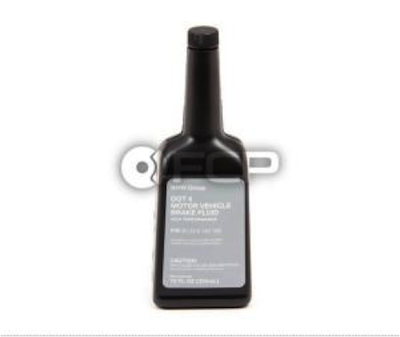 The two most confused terms are shelf life and product longevity. Both are aspects to consider when purchasing a bottle of brake fluid, but can’t be more further from each other. The standard shelf life of an unopened bottle of brake fluid is 5 years. This means within this time frame the brake fluid will not show signs of degradation or bottle fatigue within its shelf life. It will remain spec until opened. However other factors may come into play which falls upon the manufacturer. Most reputable manufacturers use harder less porous plastic compounds or metal containers which extend fluid shelf life. Others may use lesser plastic containers shortening the shelf life.

Most well respected manufacturers stamp the bottles with production dates. The production dates shouldn’t be confused with expiration dates. This is a common mistake. This gives the consumer the idea of when it was bottled, thus starting the 5 year clock. So if you find that that bottle of ATE brake fluid was produced in August of 2014 and at October 2015 it’s sitting on your shelf, don’t scoff at it as waste. As long as it is sealed you’re good.

As a rule of thumb it is common to change your brake fluid every three years. Once the brake fluid is open and in use the product longevity begins to decrease. The average usage is roughly 2-3 years depending on your driving style, climate, and other aspects discussed prior. Obviously some may choose to change much sooner or at signs of fluid breakdown so choose a regiment which is right for you. As long as unused brake fluid is sealed in a stout container and within the given time frame there isn’t anything to be alarmed about. However if you don’t feel comfortable with this you can always find a bottle with a later production date.

William is an enthusiast, entrepreneur, BMWCCA member, and admitted adrenaline junky from Freehold, NJ. Preferring the classic lines over modern convenience, he’s continuously improving the performance of his ’95 BMW 5-Series, One bolt at a time.