When It Isn't Best to Switch to Synthetic Oil

You see it all the time on almost every car forum. 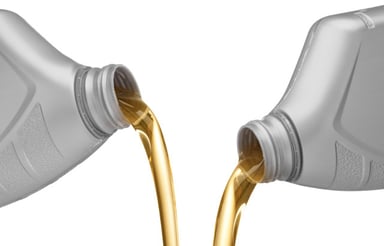 The first question almost every new person asks when they get their "new" car is what to do with it first. And the response is pretty much unanimous: bring the car or truck up to date in maintenance and if you aren't using synthetic oil, switch as soon as you can. But is switching to synthetic oil always the best thing to do with a car that has 100K mile or more? Coming from personal experience, I no longer feel like switching an older car to synthetic oil is always sound advice.

There happened to be two instances in my life when I switched my new to me used car over to synthetic oil and regretted it soon after. Both times, the cars had just over 100K miles on them and both were dealer maintained with service records to back it up.

The first time I ran into an issue with synthetic was a few years ago. I just sold my Volvo 940Ti to a friend that was in need of a reliable car for a good price. A few weeks later, I was inching to get my hands on another Volvo, so I bought a well maintained, 1995 Volvo 850 T5 Wagon. The Volvo was in excellent shape, dealer maintained, and needed nothing. I had all the service records to back up what the previous owner was telling me.

The only thing I did was the same thing I do on all my used cars. I changed the oil to synthetic and threw on a new filter. Everything went well and nothing was leaking. About two months later, I started to see a small drip on the ground under my car at work. I knew it was coming from my car because I was the only person that parked there. When I got home, I jacked up the 850 and saw that the oil was coming from the rear main seal.

So, what caused the RMS to go? Putting the synthetic oil in the 850 cleaned out the engine so fast that it clogged up the oil separator box and the built up pressure popped the seal. But can I say with 100% accuracy that switching to synthetic oil was the cause? No, I can't. But it seems to be the most likely choice being that my car was at 100% before the oil switch. After I fixed the seal and replaced the PCV system, I went back to very good dino oil and never had another issue. But this situation didn't stop me from being on the synthetic band wagon.

What really did me in was what happened over the summer with my latest used car purchase. This past summer, I picked up a well maintained, but not running 1999 Mazda Miata. The pervious owner was my neighbor and she was moving to Pittsburgh. Towing a non-running car was out of the question, so I got her to sell it to me cheap. It had just over 100K miles just like the 850 and I was able to get the Miata running perfectly over a weekend.

Because of my past history with synthetic, I just changed the oil with Castro. I drove it without any issues for a few months just to make sure that everything was perfect and nothing was leaking. In August, I decided to switch the Miata over to synthetic Mobil 1, just like I did with the 850. Low and behold, about a couple weeks later, I noticed the oil started to get low, but this time, it was not leaking anywhere. I went over the whole car and could not find a leak at all.

The engine compression was still 160 across all cylinders and there was no pressure build up in the engine. After scratching my head for a couple weeks, I gave up and went back to Castro dino oil like the car had when I brought it. About a week later, the lower oil issue stopped. Both the Mobil 1 and Castro were both the same weight oil and everything. So I went on the Maita forum and it looks like this happens with these cars. They just don't like synthetic oil after being on dino for so long.

Synthetic oil isn't the end all for all cars. It is best to research your model of automobile and see what other members have done and what issues have come up when switching to synthetic.

Let me know down below what your take on synthetic oil is or if you've ever had an issue like I have had after making the switch.

About The Author: Andrew Owendoff

Andrew has been working with us at FCP Euro on and off for many years. He brings to the team over a 10 years of automotive experience and has worked on many vehicles from Volvo, Mazda, and Ford. Beside doing normal maintenance, he his also an avid modder and has done everything from exhaust systems and stereos to tuning and turbo swaps. He can be reached at aowendoff@outlook.com 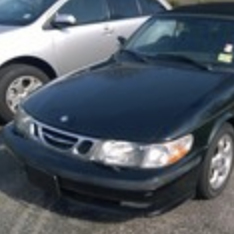 Andrew has been working with us at FCP Euro on and off for many years. He brings to the team over a 10 years of automotive experience and has worked on many vehicles from Volvo, Mazda, and Ford. Beside doing normal maintenance, he his also an avid modder and has done everything from exhaust systems and stereos to tuning and turbo swaps. He can be reached at aowendoff@outlook.com