The Last Of The Air-Cooled - Zuffenhausen Porsche 993 911

What if Porsche made a widebody 993 RS? What would it look like? We think it might have looked like this 1997 911 Carrera 4S, the last of the air-cooled Porsches.

The 993 Carrera 4S was Mike Truong’s dream car since high-school and when he saw this one for sale, he had to get it—even if it was across the country. “I purchased it from a fellow Porsche enthusiast in Boca Raton, FL in 2018,” Mike said, “It was the last of the air-cooled 911s and one of Porsche’s most beautiful iterations of the car. The 993 body style is my personal favorite.” 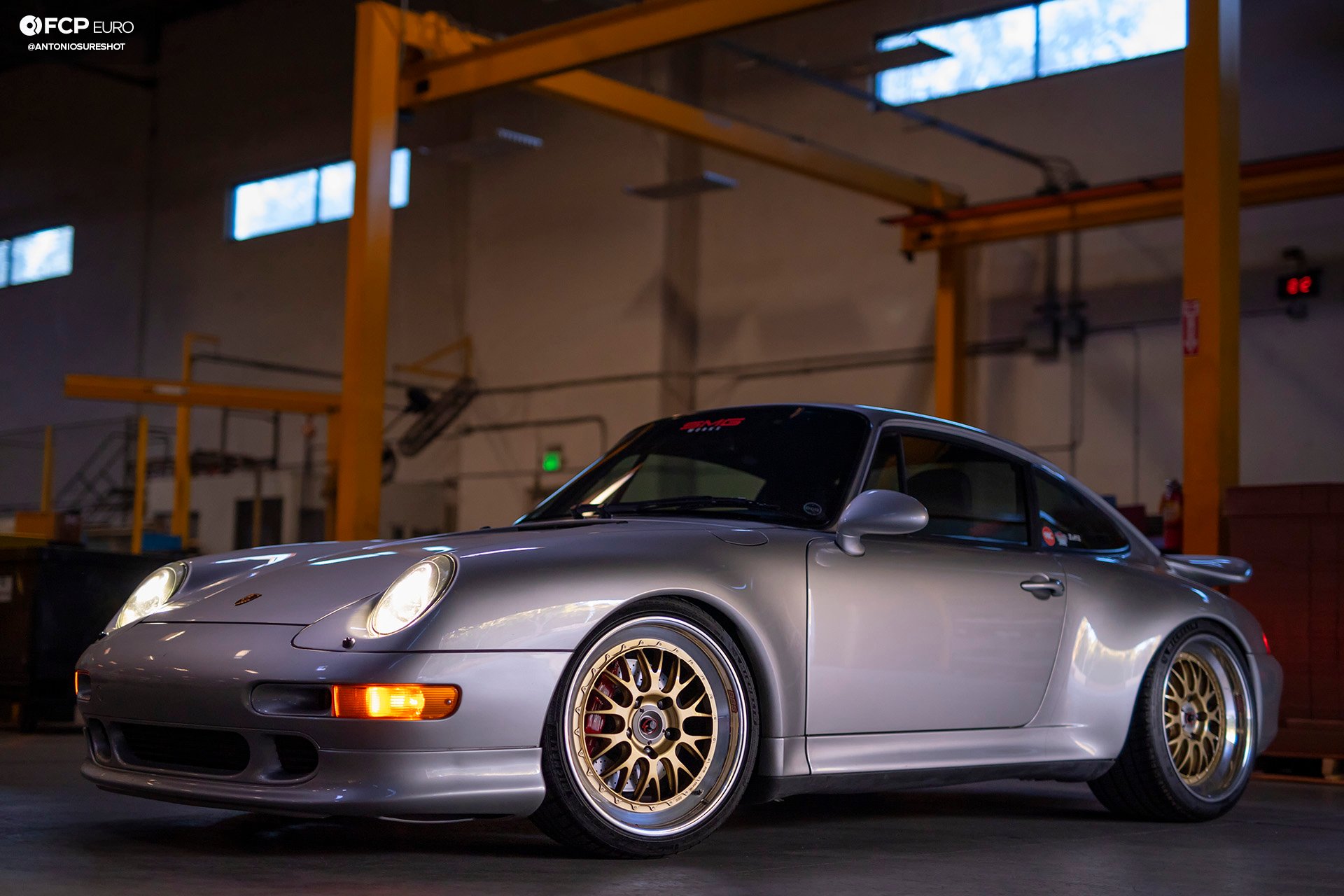 Even so, there was still more that Mike wanted done to his Carrera 4S. “My vision was to create a widebody 993 RS,” he explained. Porsche never made a widebody as the 993 RS and RS Clubsport were both narrow body cars. Mike continued, “I felt this might set my car apart from the rest. Plus, I prefer the aesthetics of a widebody 993.” 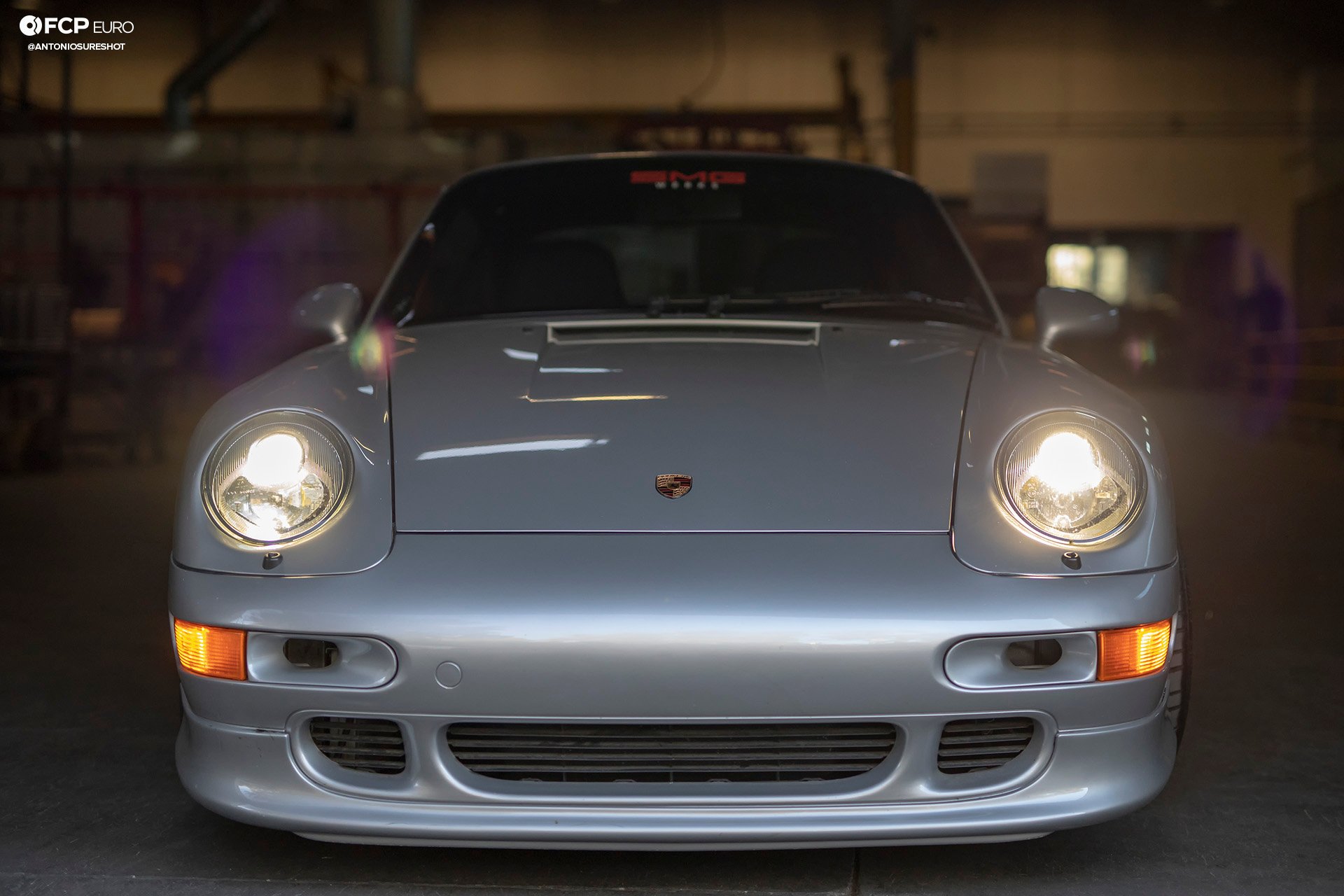 What makes Mike’s 911 so awesome is that factory widebody design. It isn't too wide, but it's certainly wider than the standard 993. That Porsche Arctic Silver helps make the car seem more sedate, and that just makes it more sinister in the long run. Add in that beautiful Porsche Turbo S front bumper with its matching chin spoiler from the European model, and you have yourself a great looking 993. Mike’s even added the factory RS brake ducts for some extra brake cooling performance.

To add some modern looks, a Morimoto Bi-Xenon HID headlight system was installed with LED lights replacing all the incandescent bulbs, including the lights inside this 911. 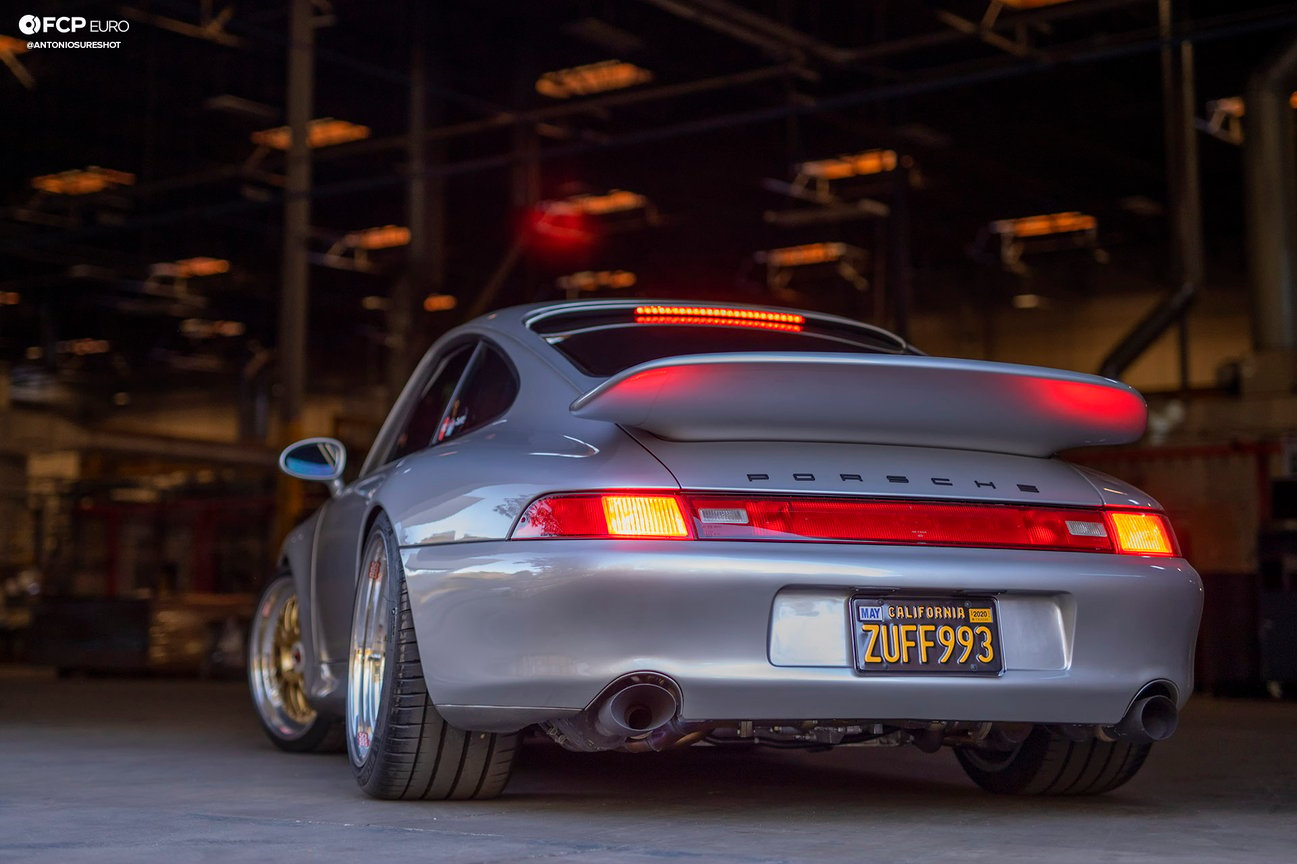 One of the best things Mike did do was remove the front and rear bumperettes, helping give this 911 a very current feel. The lines are less interrupted from the side without them, that’s for sure. Still, that RS wing just screams with images of classic racing Porsches in your head, doesn’t it? A factory widebody RS wouldn’t look right without it. 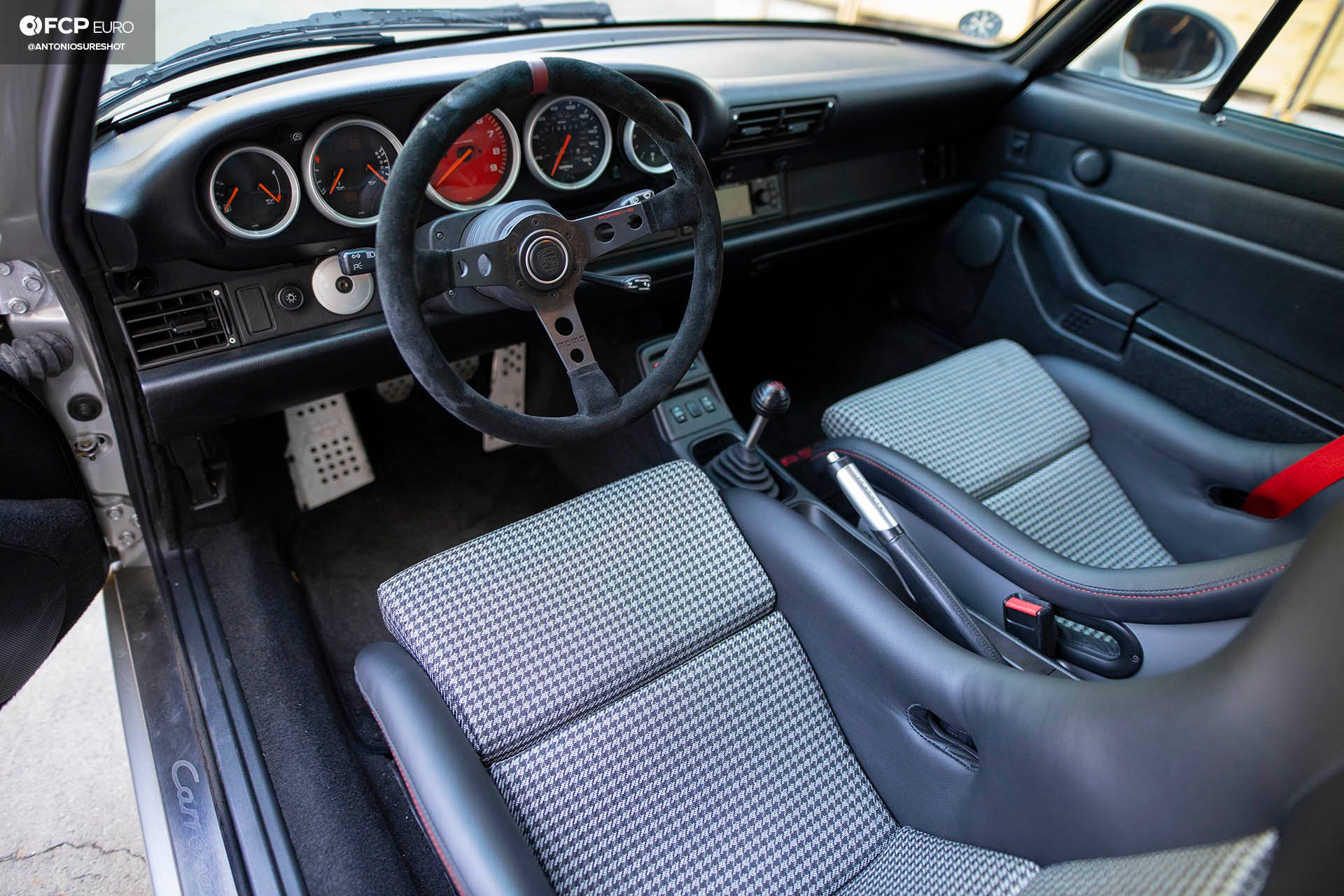 Inside, you’ll think this was all factory from Porsche, but this is a very custom interior. It’s that love of Porsche that Mike has that ensured it all looked like it was OEM. Some parts are OEM from other Porsches, but are still done up to match what he was looking for. The Momo Porsche 993 Cup steering wheel is recovered in the same material as the OE RS steering wheel, but uses deviated red stitching for a contrast.

The gauges were custom-made, with the addition of a 9000-RPM tachometer with its Guards Red background color. The Rennline gauge bezels were then painted in Arctic Silver, giving a bit of a new OEM flare to this classic 993 dashboard. 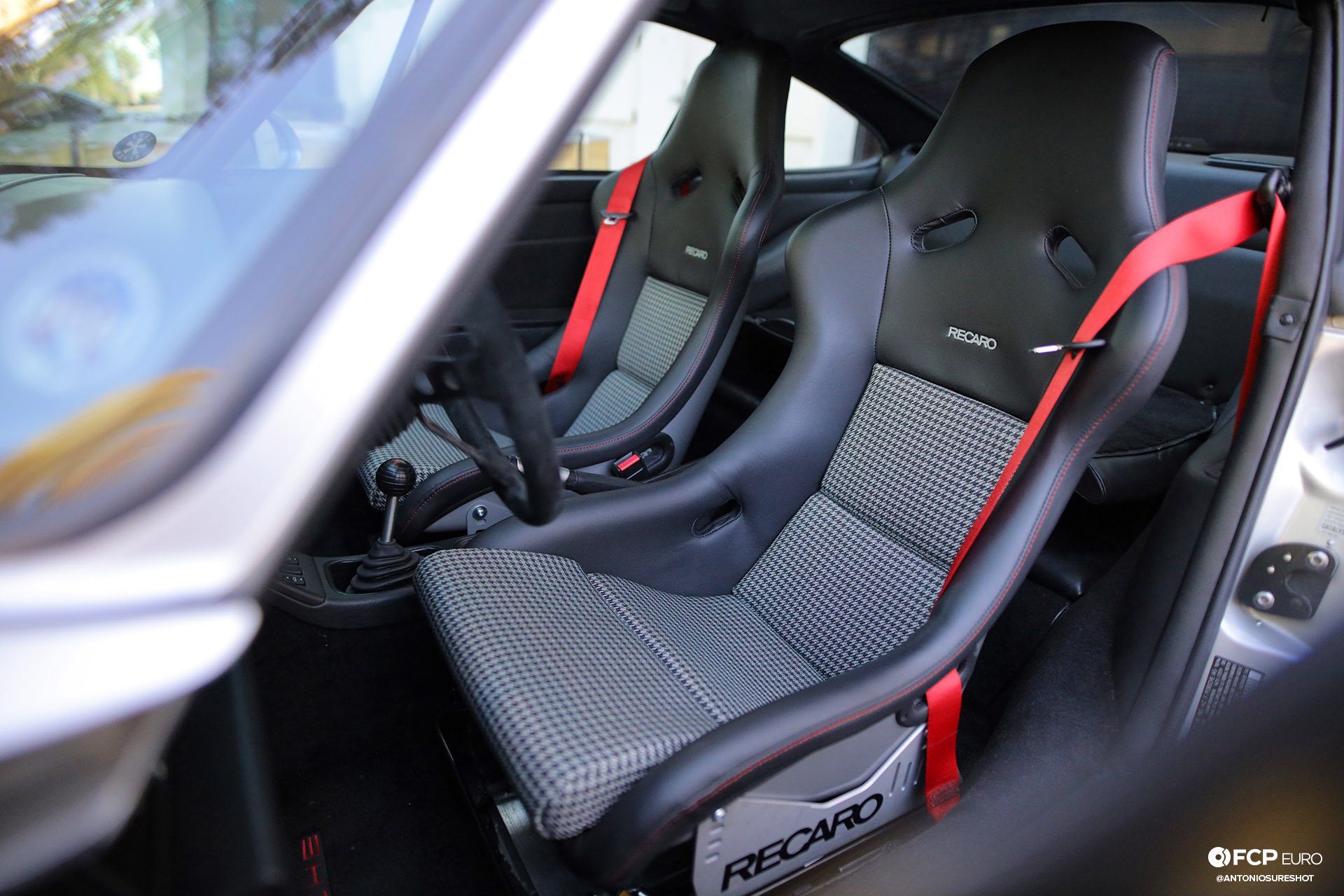 The seats are the best take on a 993 widebody RS, as they are Recaro’s Pole Position seats. However, they have been custom finished in Porsche 911 R silver and black houndstooth pattern inserts with deviated red stitching. The red stitching is a great contrast to the black and silver patterned seats while matching the Porsche Guards Red seat belts. 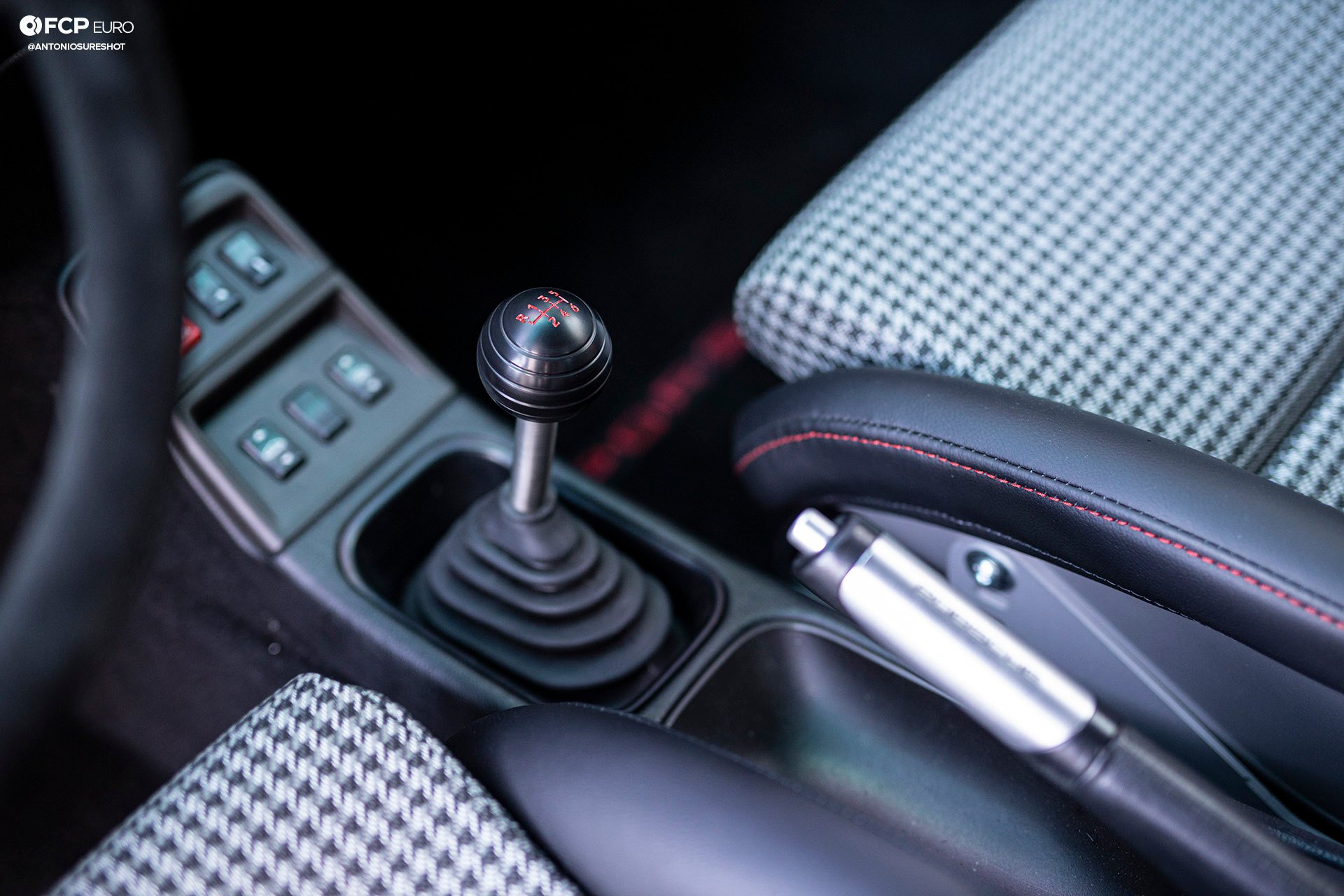 The FD Motorsports Goldenrod short shifter kit makes throws much shorter and crisper than the factory shift rod. It’s topped by an FD Motorsports shift knob and dressed out with a Swine11 shifter boot. Keeping it OEM style, the head unit is from Porsche Classic. It’s made for the 993 and looks factory, but it is a very modern sound system. It features a small screen between the radio dials and allows this vintage 911 to have modern GPS directions. It also allows for Bluetooth connection with your smartphone since it no longer has a tape deck. 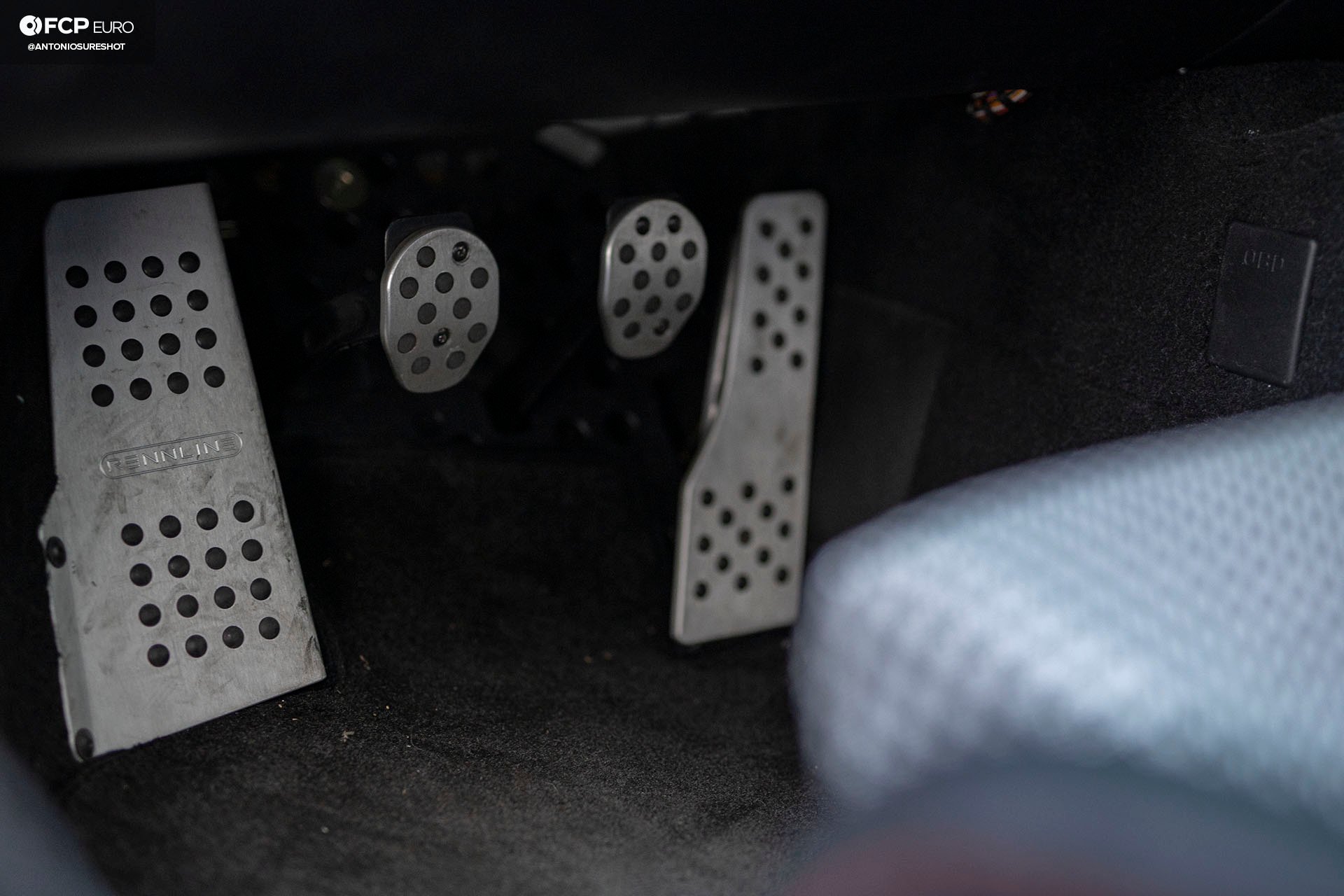 The Rennline dead pedal plate and pedal covers give this Carrera 4S a racing feel, but the custom Porsche floor mats remind you that this 993 is still a streetcar. 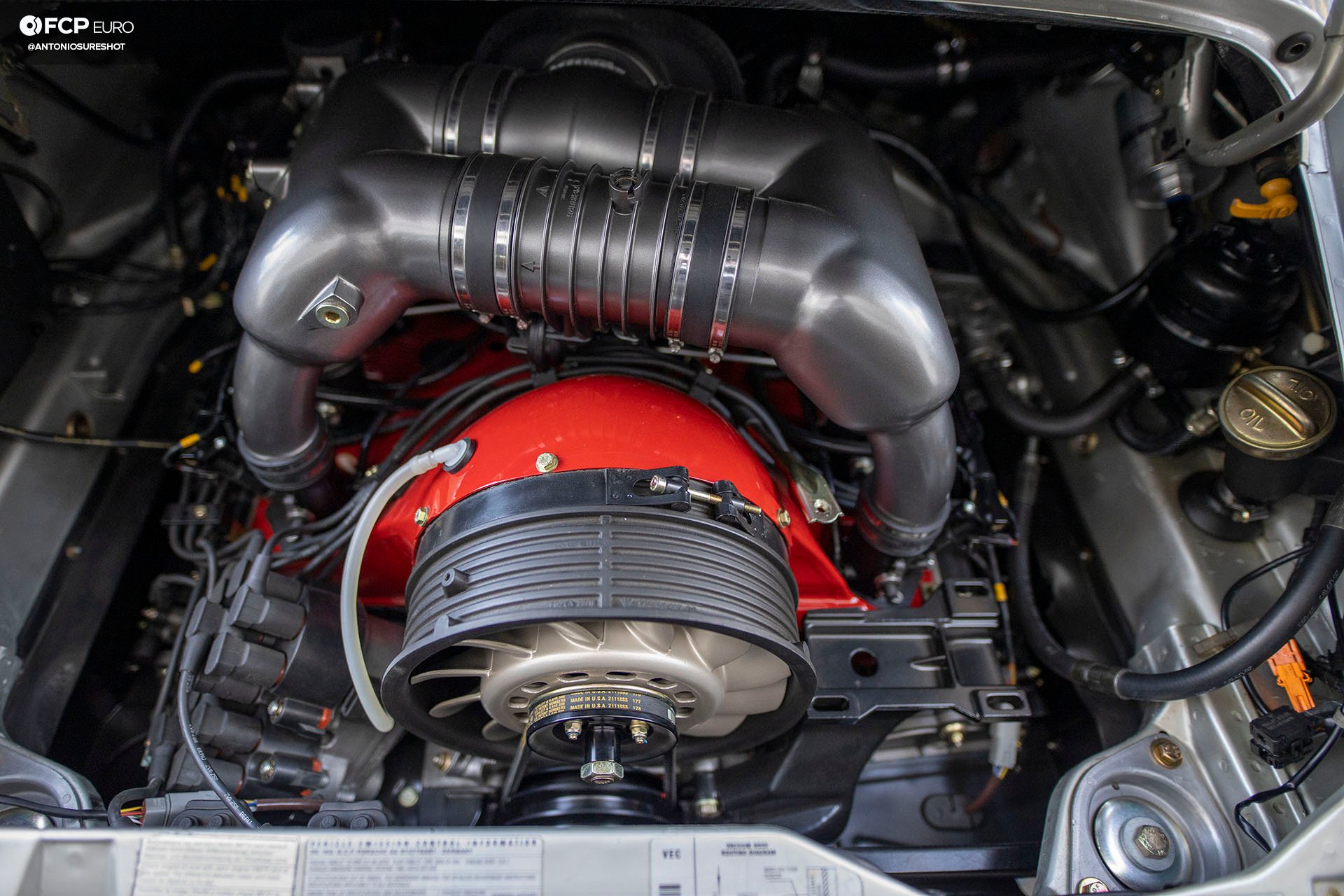 For anyone familiar with Porsche air-cooled engine performance, there are few names more recognized than Jeff Gamroth of Rothsport Racing. It was the only name that Mike trusted with the engine build from the start.

“My 993 previously had a supercharger kit bolted to the stock 3.6L flat-six,” said Mike, “It was fun, but I bought the car with plans to do a naturally aspirated Rothsport 3.8 RSR engine build.” Out went that supercharged 3.6 engine, and in went the 3.8 RSR motor with Rothsport specification camshafts and Mahle over-bore pistons inside. 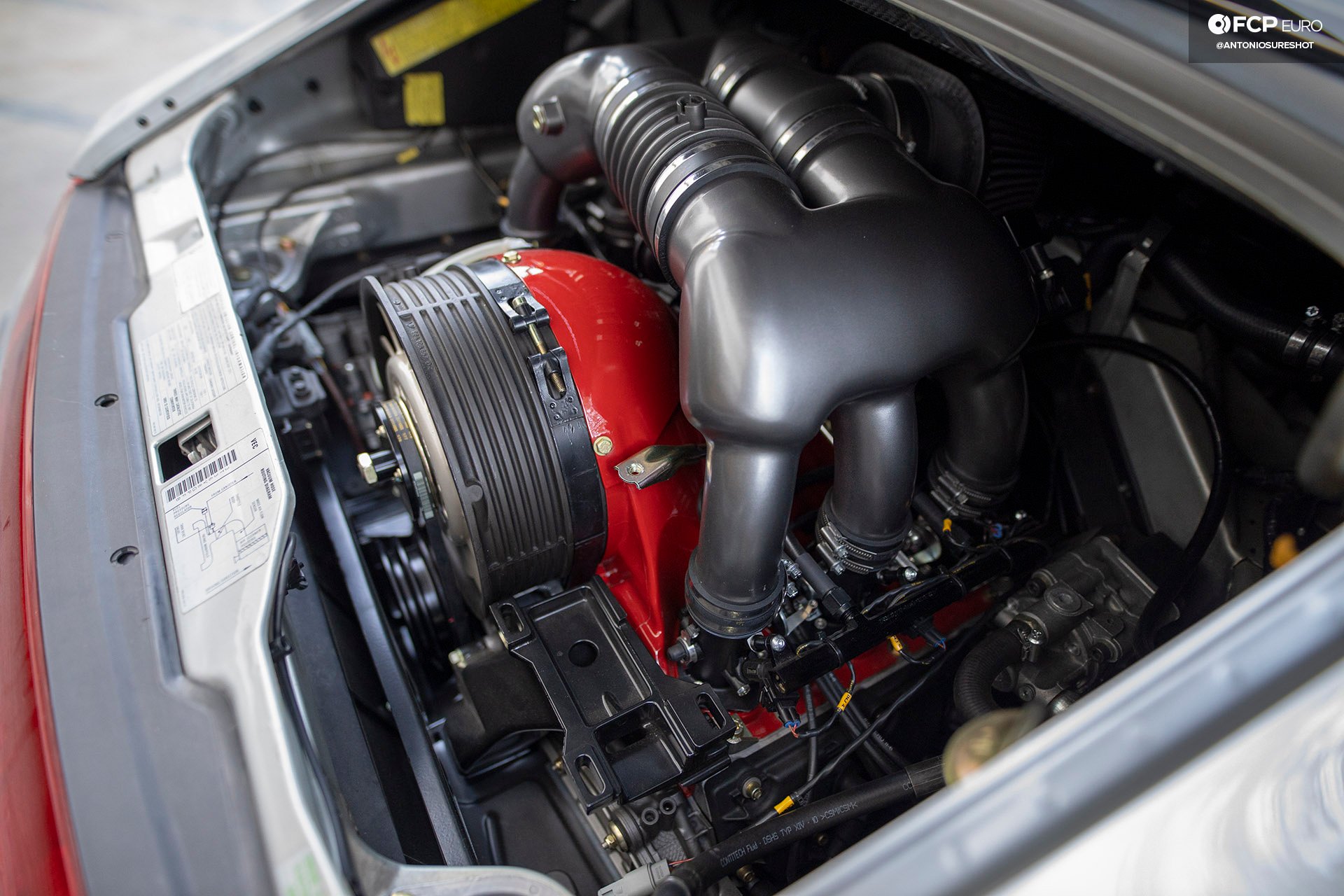 Up top, a GT3 plenum feeds air into the individual throttle bodies underneath it. Keeping oil temps low inside this air-cooled engine is an aftermarket oil cooler, but it does feature the original Porsche engine shroud. It’s just painted in Guards Red. 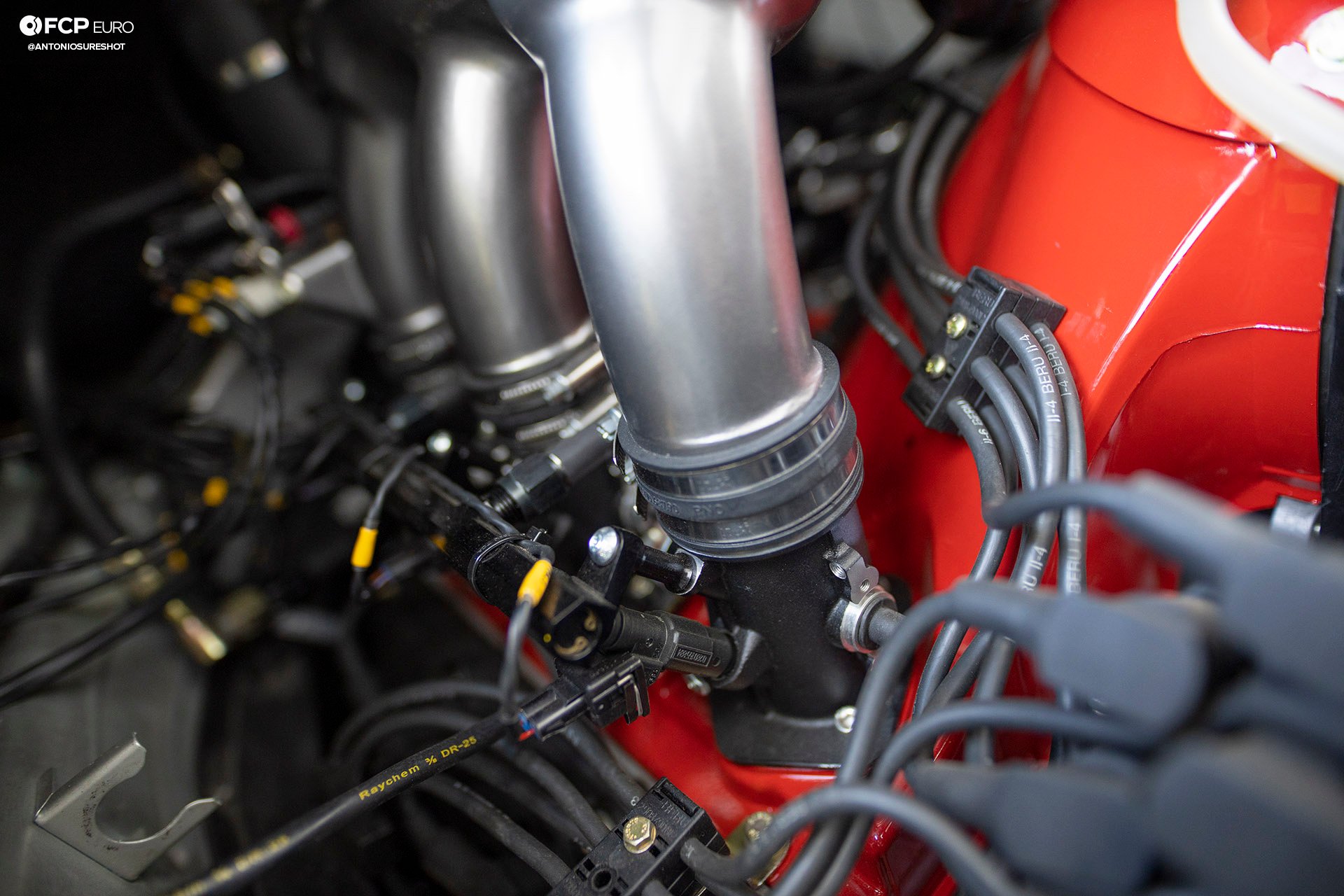 These ITBs provide much better throttle response for the naturally aspirated engine. From there, it exits out of a Cargraphic header with an X-pipe. Controlling everything from the injectors to the ignition is a MoTec motorsports ECU. 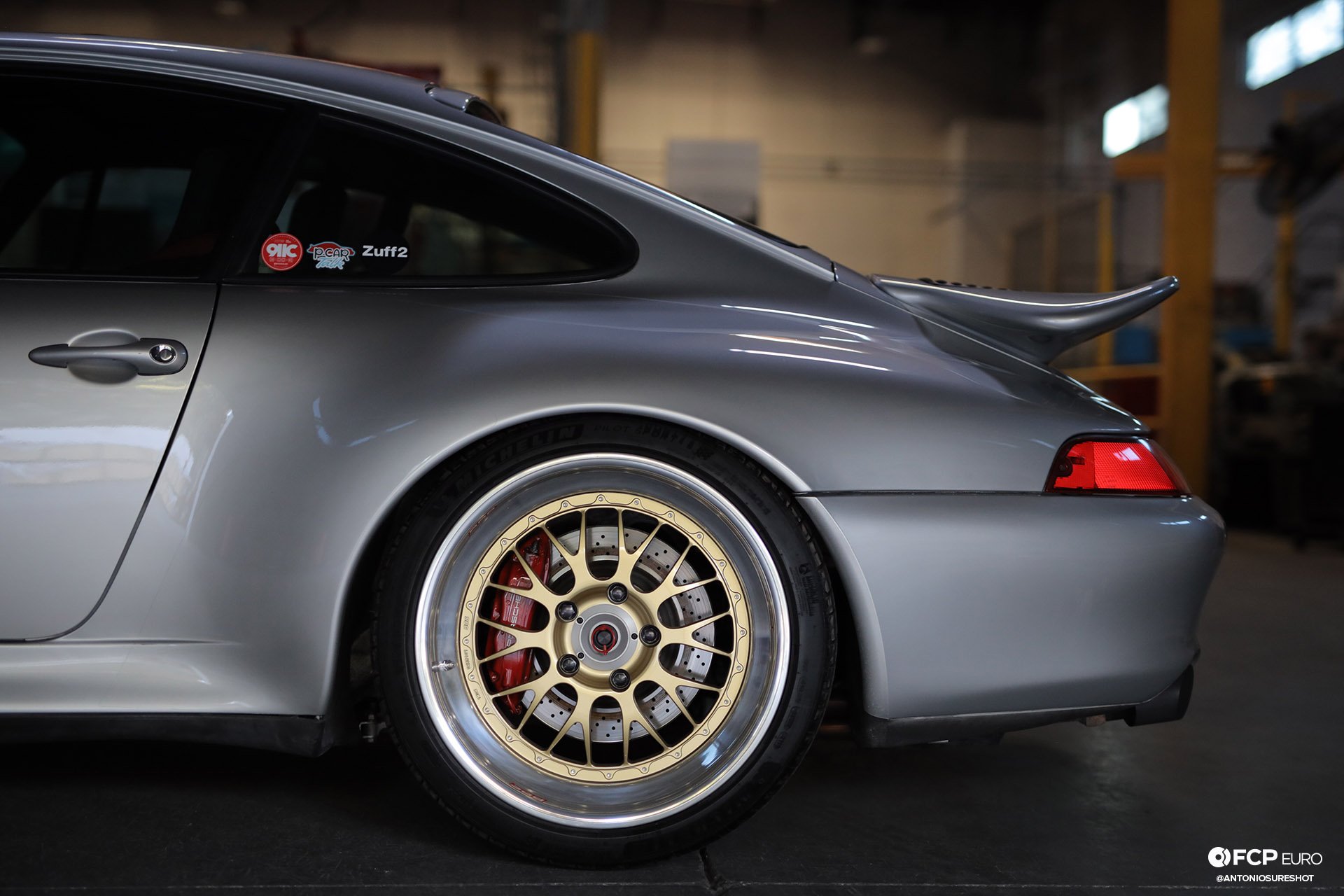 Keeping the tires in contact with the ground, a Bilstein PSS10 coilover kit keeps the body motion in check. A set of Porsche RS uprights and swaybars work to make the car far more stable in the turns. Finally, a Sleepers Speed Shop Dreamsicle strut bar keeps the strut towers tied to each other for maximum front chassis rigidity. 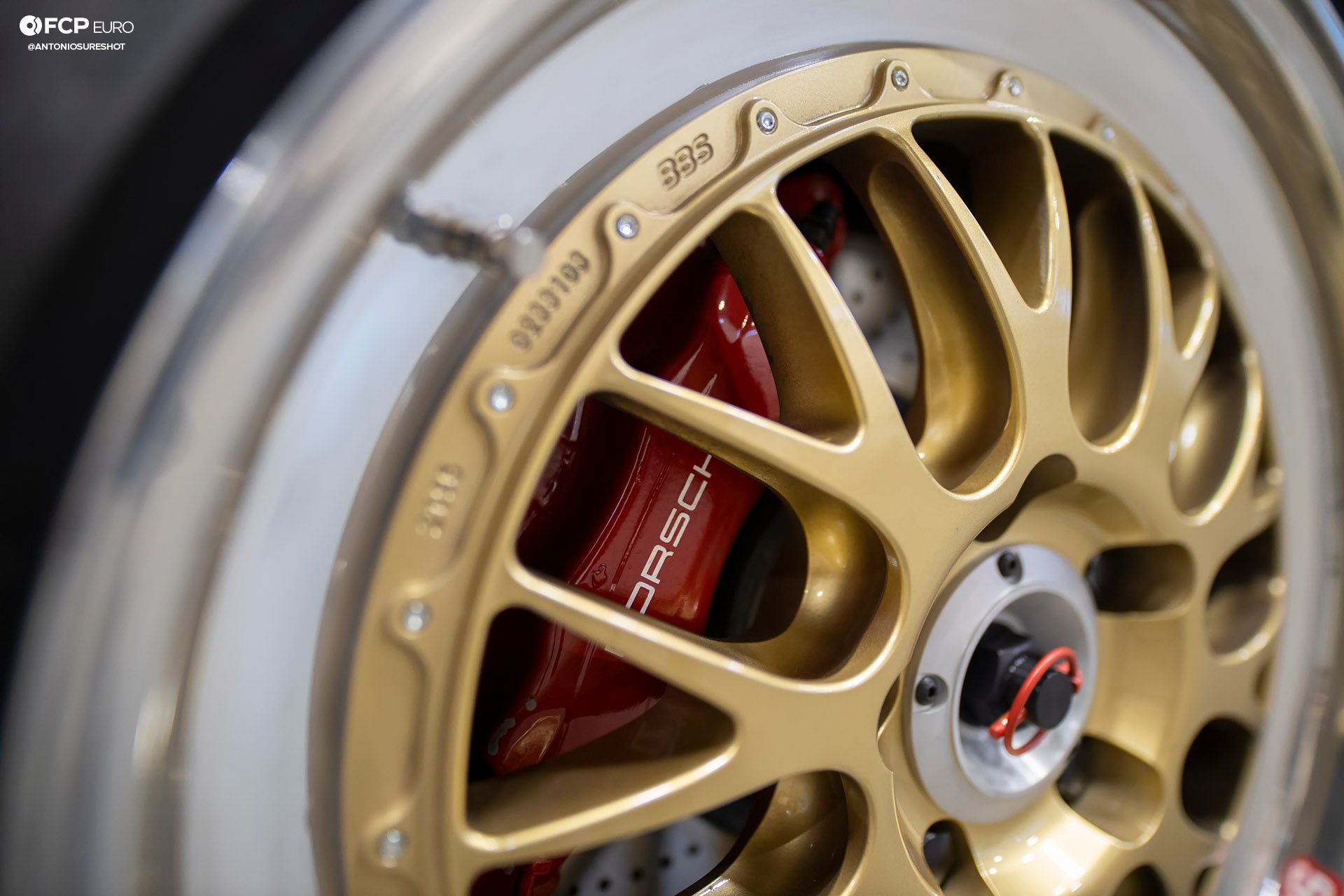 The brakes stopping this 911 are Porsche units with 322mm drilled rotors front and rear. Those rotors are bitten by a set of EBC Yellow Stuff brake pads front and rear and give great street manners while also working wonders in the canyons. 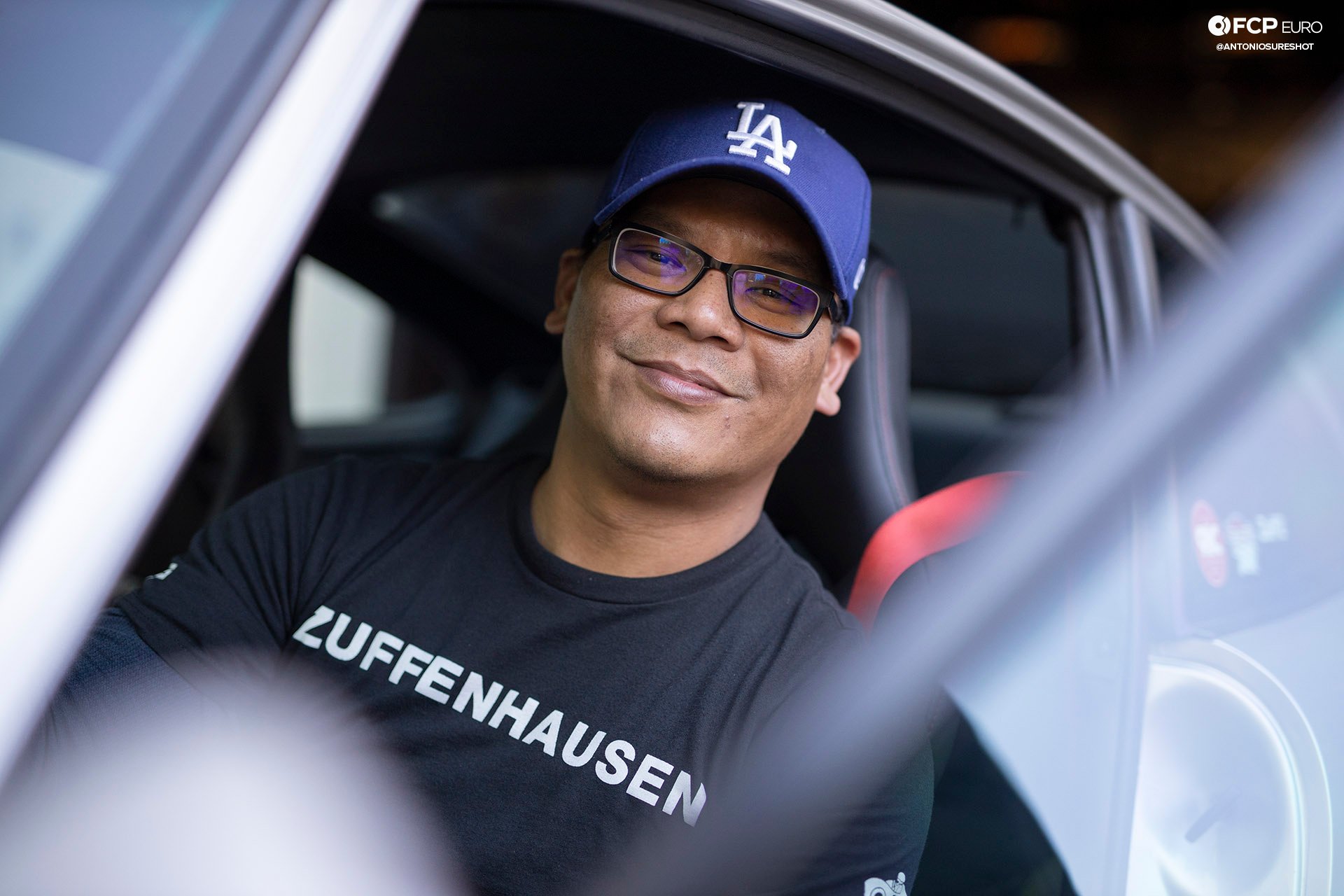 “My 993 feels like a completely different car now,” Mike told us, “I love staring at the custom Guards Red 9000-RPM tachometer as I fire up the beast lurking in the rear.” He gives much of the credit of the build to Jack Diramarian, owner of Scientific Motor Werks in Pasadena, CA. "Jack has owned and operated his independent Porsche service and restoration shop for over 30 years,” explained Mike, “and without him, my 993 build wouldn’t have been possible.” Jack is also the founder of Zuffenhausen, an annual Porsche gathering in Pasadena that he and Mike organize together. 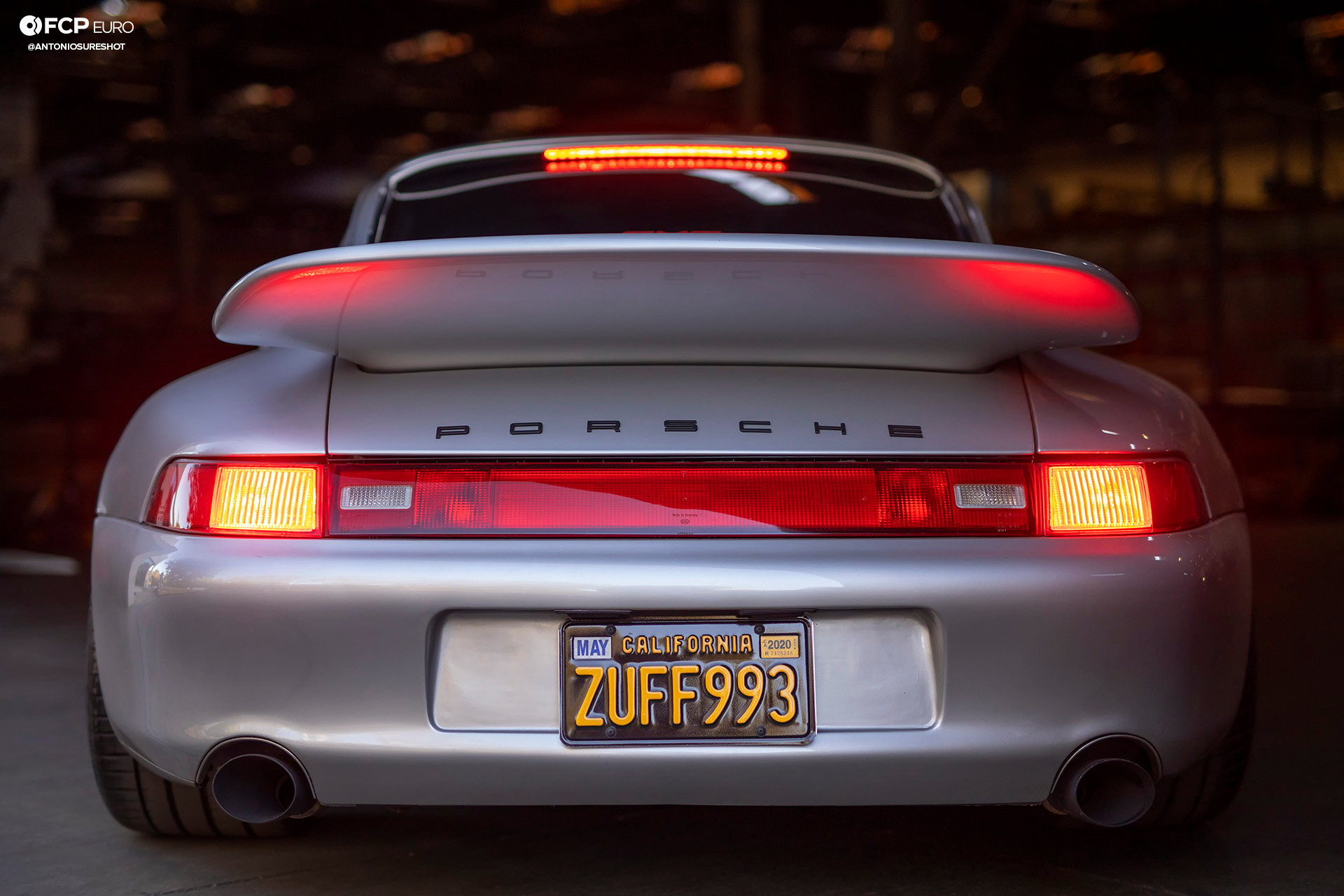 For that nice, proper flat-six sound, a Fister Sport Stage 3 exhaust system is used. It does its best to keep the loudness of the Rothsport 3.8 RSR in check, but it still sounds nice to hear it at full tilt. It lets you know it’s making 380-horsepower and 310-lb-ft of torque to the flywheel. 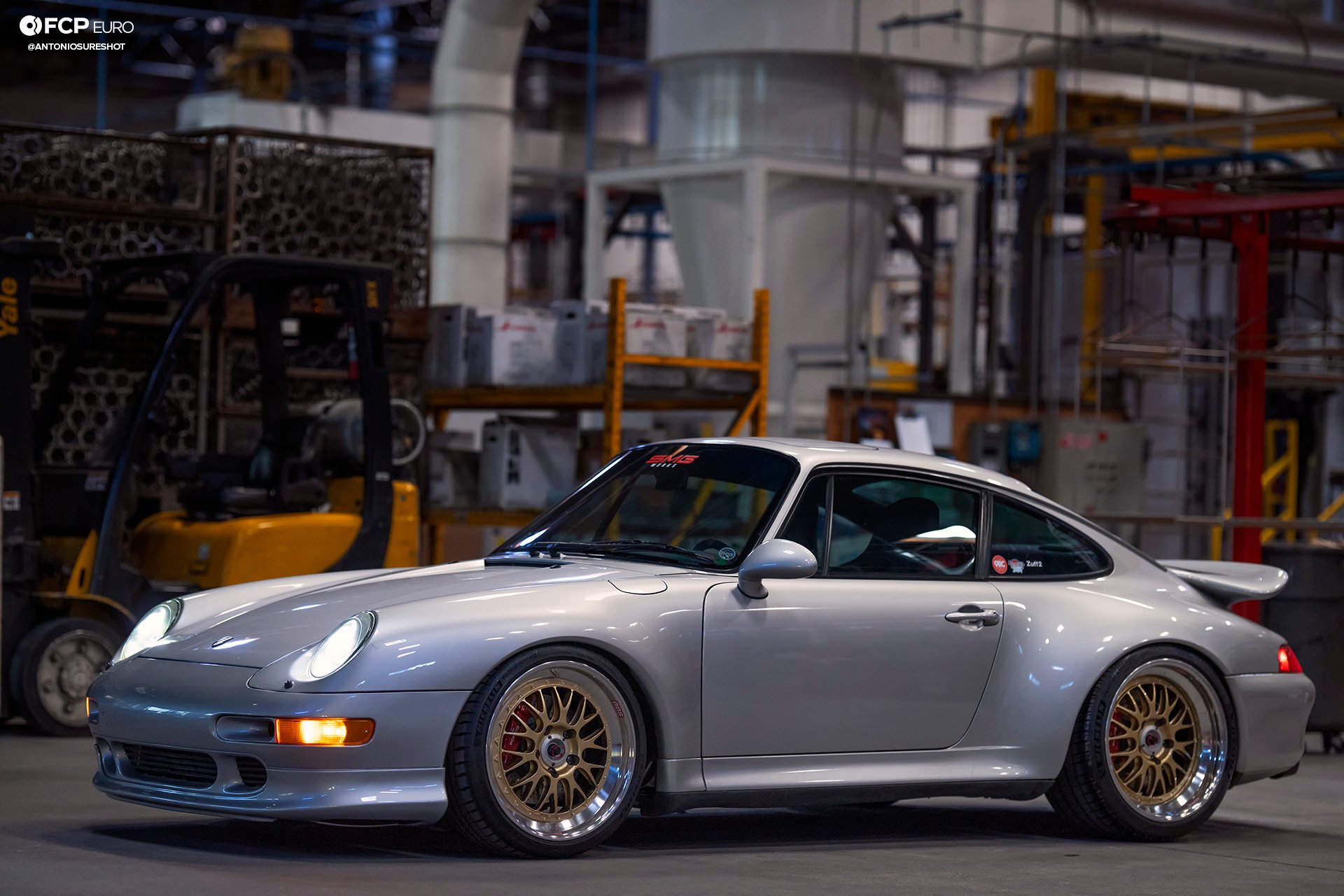 “The new Rothsport 3.8 RSR motor build definitely makes 993 unique in the sea of them floating around Southern California,” says Mike. It certainly makes for an interesting sound as he takes it around the streets and canyons that make SoCal living bearable for car enthusiasts. It’s easy to see why the 993 is viewed as one of the best air-cooled Porsches ever made. Well, after the original 911, of course.

The 993 has touches of contemporary Porsches we see now, classic lines of the original 911, with the last and most technologically advanced air-cooled engines produced. While this 993 Carrera 4S doesn’t have its original heart, it has the soul of Porsche RS with its RSR 3.8 built by Rothsport. A widebody 993 RS is certainly a car Porsche never made, but Mike’s love of the brand has made this our best glimpse of what could have been. Thanks to this build, we now wonder why Porsche never made it.

If you enjoyed this 993, you can find additional Porsche-related content at porsche.fcpeuro.com, as well as more build features like this one, here. If there's anything specific you would like to see, or if you have any questions/comments, leave them in the comments section below.